Garden of the Gods Jeep Tour

Our sister-in-law Terri is in Denver for a realtor seminar with her boss, Lisa. They had Sunday free, so they drove down to Colorado Springs for a visit. Lisa drove us to Garden of the Gods in her rental SUV. We weren’t there long when Lisa decided to spring for a jeep tour for the four of us “because we only live once.” 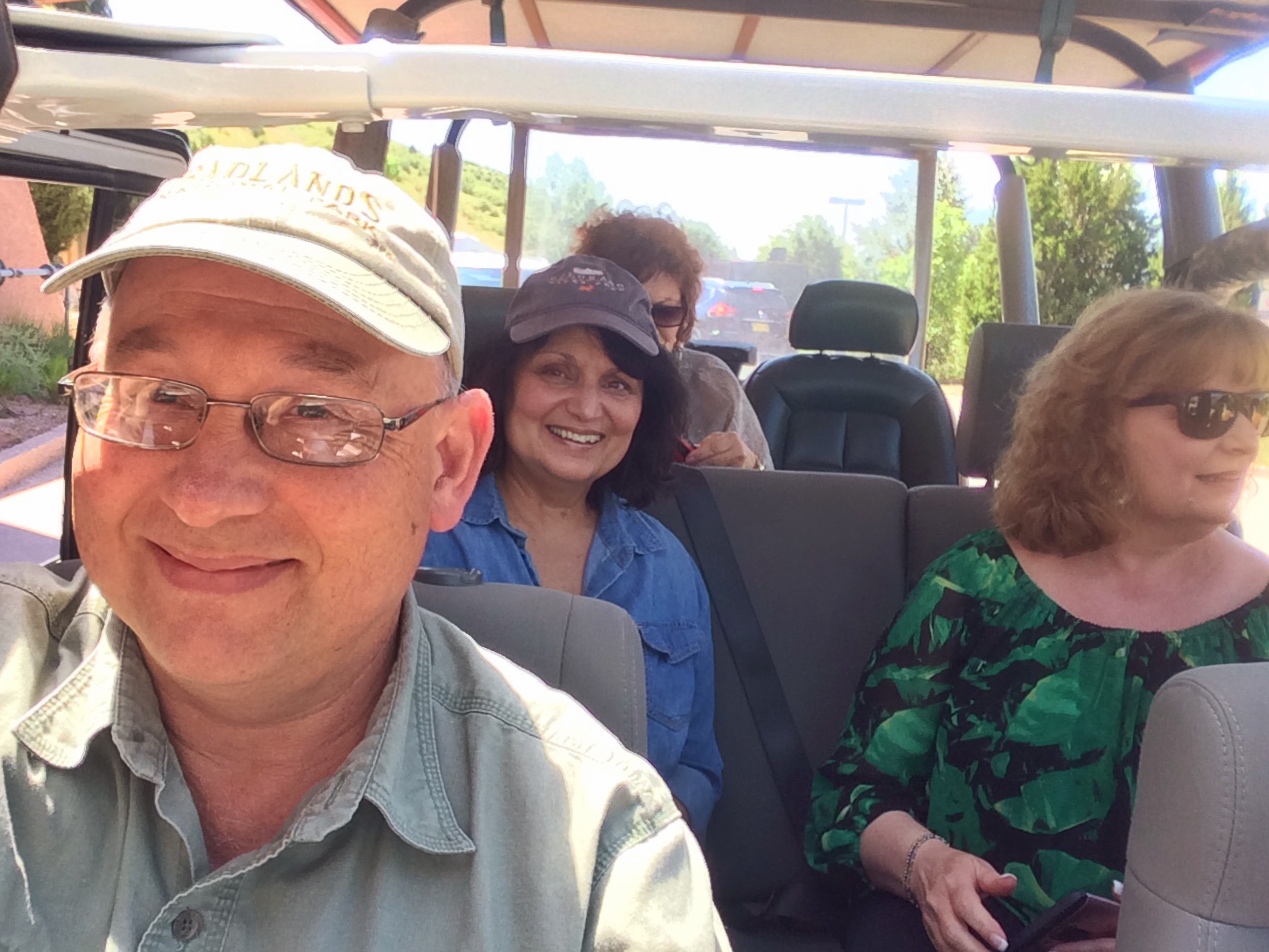 Our driver said his name was Gabby. He was a little guy who mixed a lot of personal history in with his tour info. His facts were often suspicious—for example, he told us about “long-horn sheep” and “paragon” falcons.

Our ride began with a non-stop loop through the Navigator’s property to see Glen Eyrie castle.

You can see the remains of the Waldo Canyon fire on the hills above the castle. Gabby told us the fence across the creek is there to catch rocks carried downstream during floods.

We then got in the single-file line through Garden of the Gods. The place was crawling with people, and we didn’t see anything that couldn’t be seen simply by driving through in a car. We learned that trees in the park included pines, and that hikers were OK as long as they stayed on the paths, but if they went off the paths they could run into rattlers (which must not be allowed on the paths).

Gabby headed next into Manitou Springs, which was also packed to a ridiculous extent.

It was here that we made our only stop. Gabby pulled over across from Wheeler Spring, named for Jerome Wheeler who popularized the mineral water that made the town famous. We were each given a shot glass at the start of the tour. We dutifully walked over and filled our glasses. The water had some mild carbonation and tasted awful.

We climbed back aboard the Jeep and wandered through the town while Gabby told us about his bad back and showed us the alley where he and his wife rented a 600-square-foot cottage for $1,000 per month when they first moved out here from St. Louis. I tried to pay attention, but it became challenging after awhile.

This is where the Manitou Springs mineral water bottling plant was. Surprisingly, it’s no longer in business. Gabby said there’s talk of starting it up again. 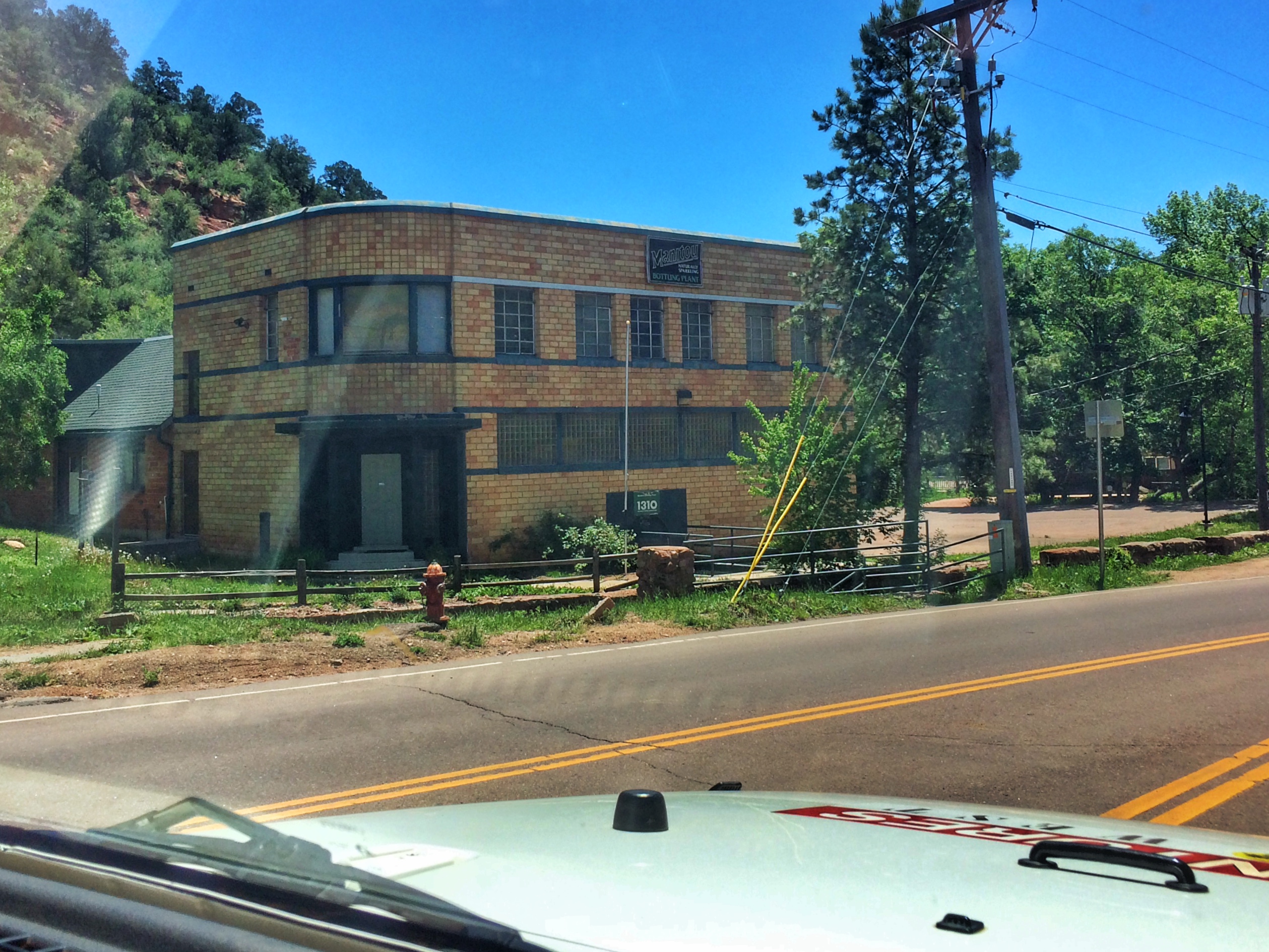 We drove back through Garden of the Gods to the visitor center. The white formation in the next photo is called “Praying Hands.”

The tour took an hour and a half. Gabby was a nice guy who wanted us to have a good time. He didn’t take us anywhere we couldn’t have gone on our own, and I’m not sure how reliable his information was, but if you want to visit the garden and Manitou Springs without having to drive, it’s an option. Or you can just visit me and let me drive.