We heard about Grand Mesa for the first time on Friday night when the woman at our motel told us you “can’t throw a rock up there without hitting a lake.” I filed it away in my brain as something to check out when I got home. On Saturday, we finished Colorado National Monument around noon. We grabbed lunch at Chick-fil-A in Grand Junction and then headed for Rifle, where we had a room booked for the night. As we were driving east on I-70, we passed an exit for Grand Mesa. On a whim, we pulled off and found ourselves on the beautiful Grand Mesa Scenic Byway. The road wound between high rock walls along Plateau Creek which was brimming with snow-melt.

We drove through farmland and then headed up another rise through aspen and pine forests past Powderhorn ski area. 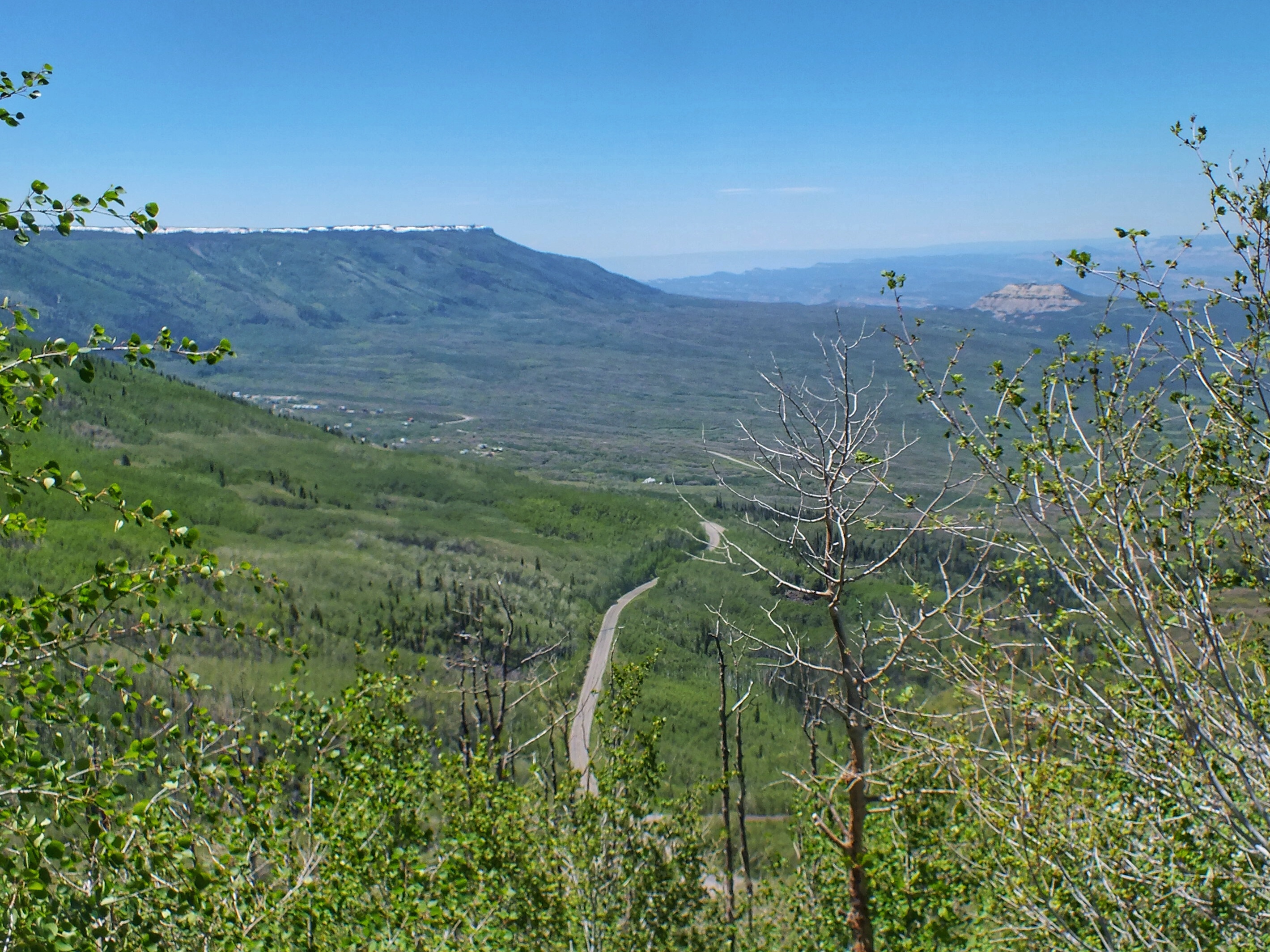 The area on top was part of the Grand Mesa National Forest. Most of it was a fee area, and since we were just exploring, we didn’t want to pay to go somewhere uninteresting. We did find a free roadside parking area near a small pond called Jumbo Reservoir. We took a casual stroll around the shore and enjoyed the much cooler temperatures at 10,000 feet. 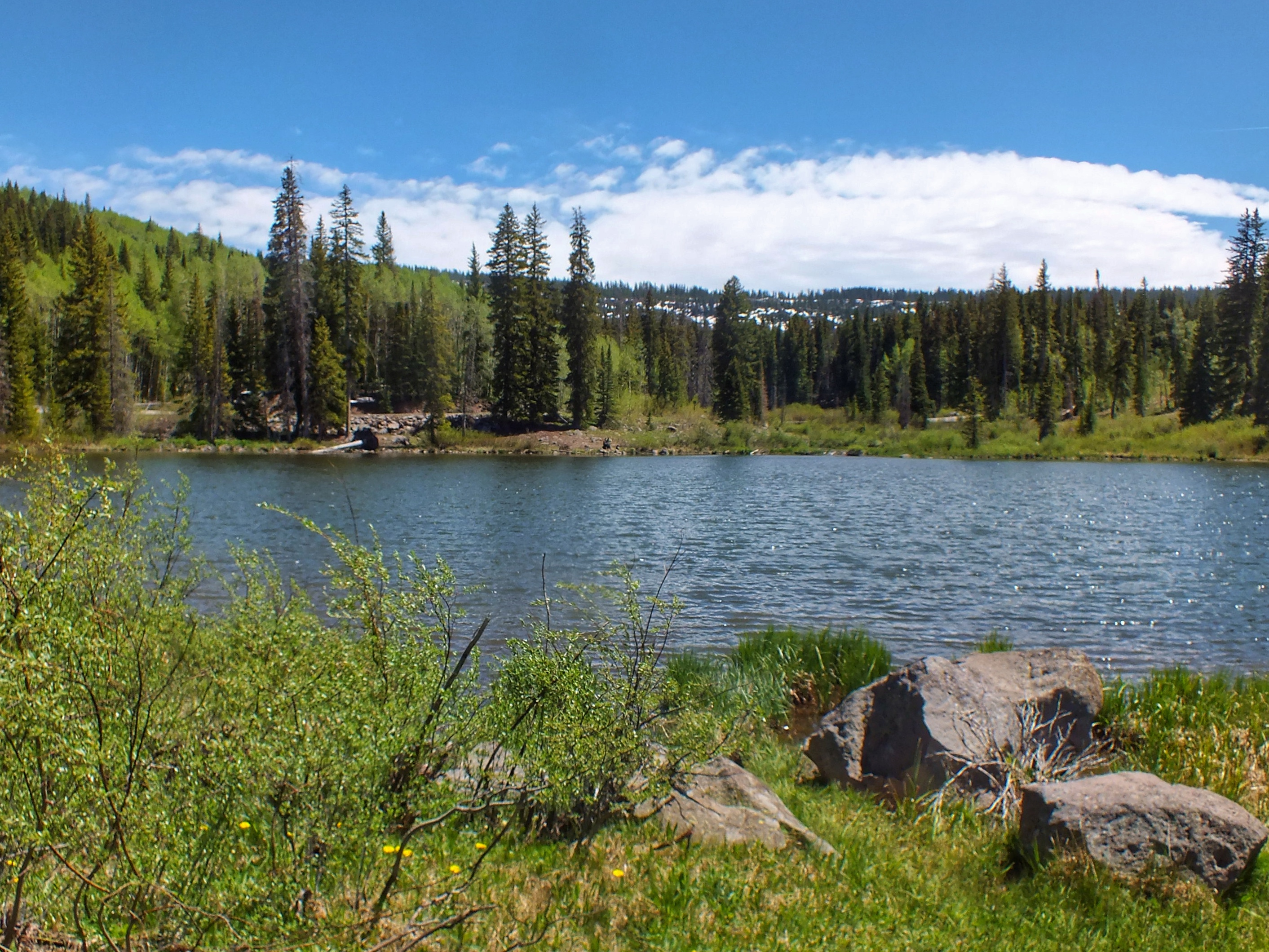 The road kept going up, and so did we. I took this picture from an overlook that was right next to a high-avalanche area. 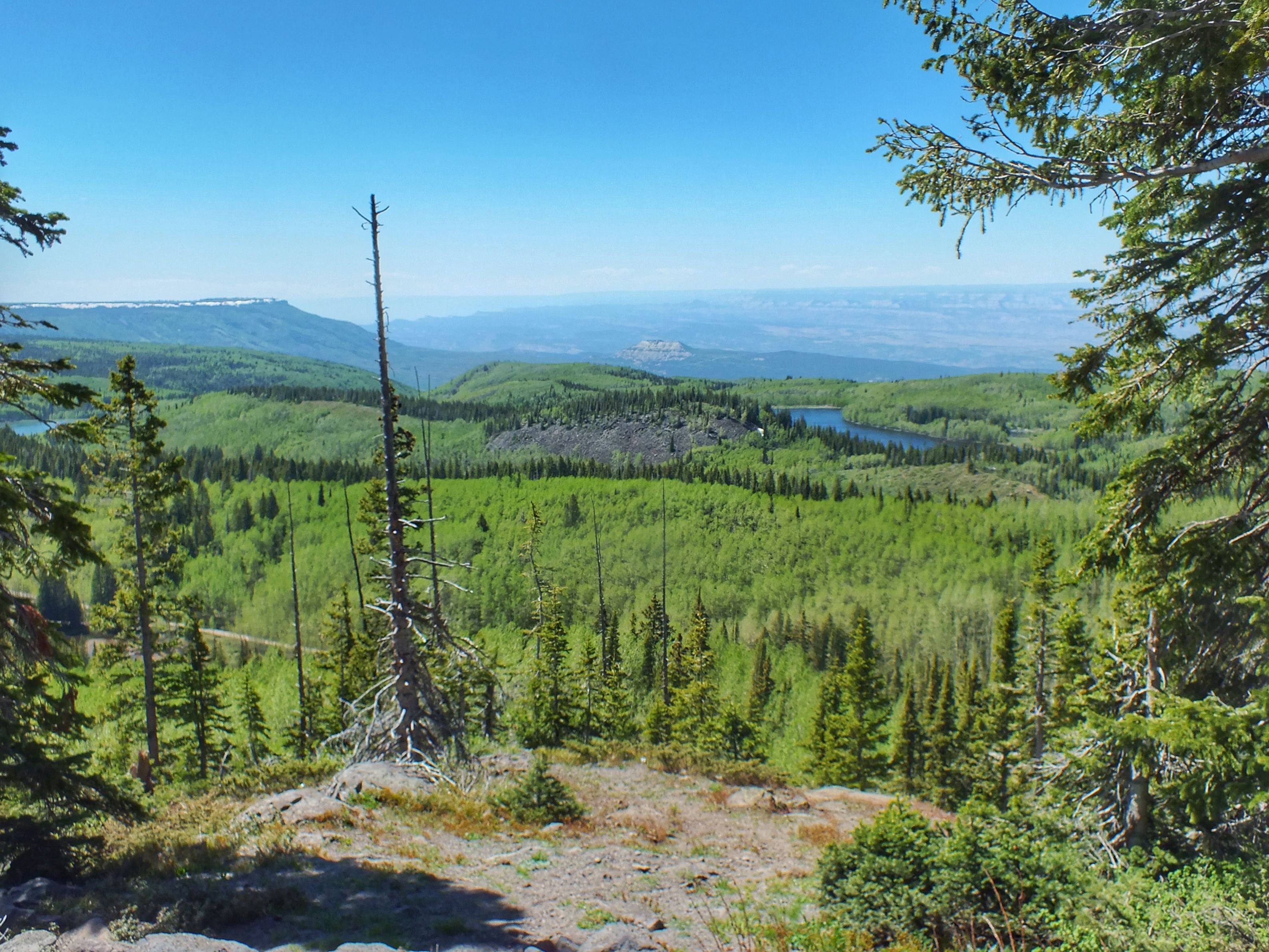 The top of the mesa was close to tree line, with patchy woods and large, open tundra-like spaces. When we got to the far edge where the road dips down toward Cedaredge, I turned around and we drove back the way we’d come. 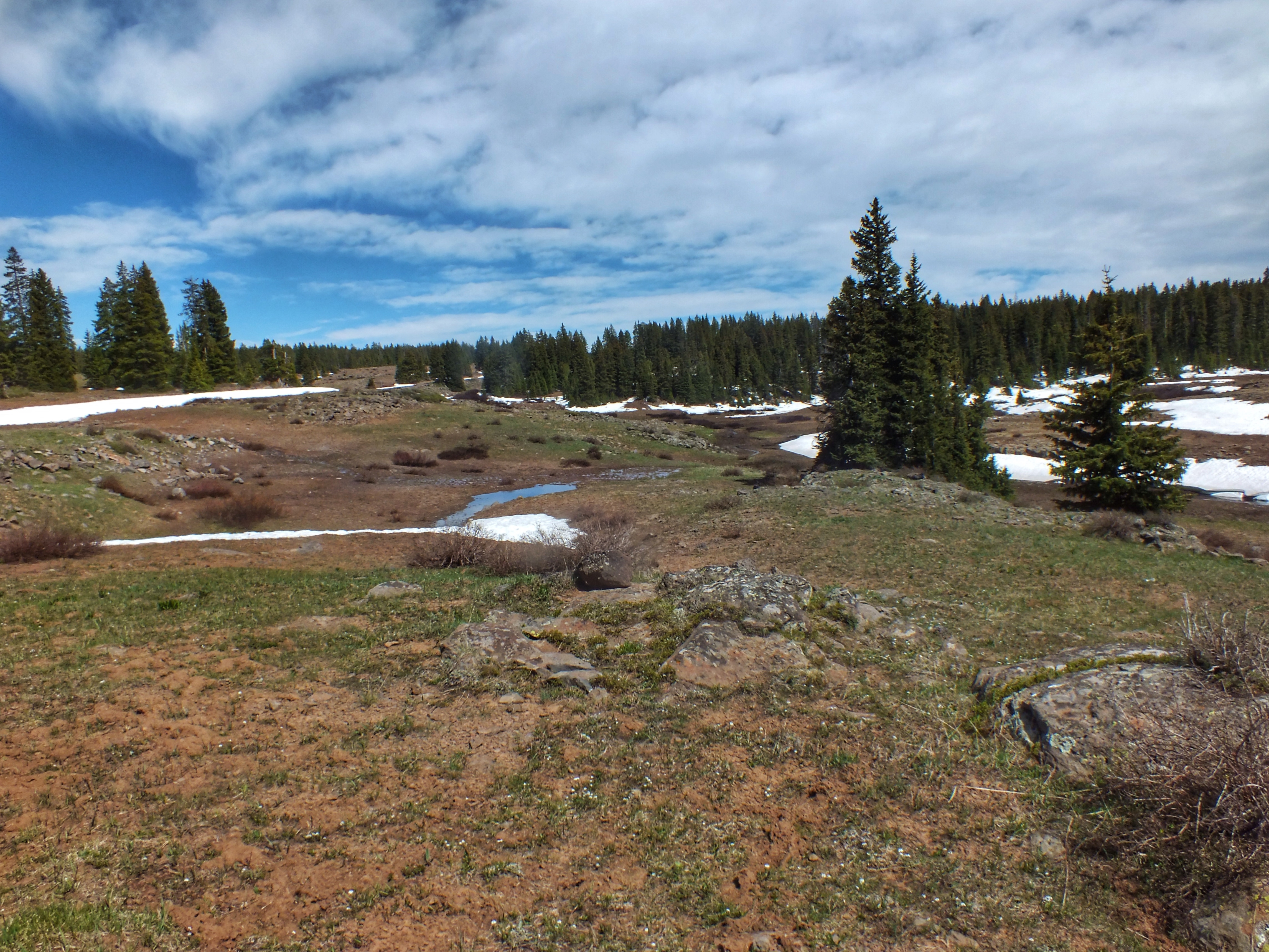 We drove back through the canyon along Plateau Creek. An immature Golden Eagle flew out from the rock face and soared low over the road in front of the car. I pulled over to get a better look. It banked and passed right overhead and landed on a small ledge not 30 feet away. I had to back off the zoom on my camera to get the entire bird in the photo—it was that close. 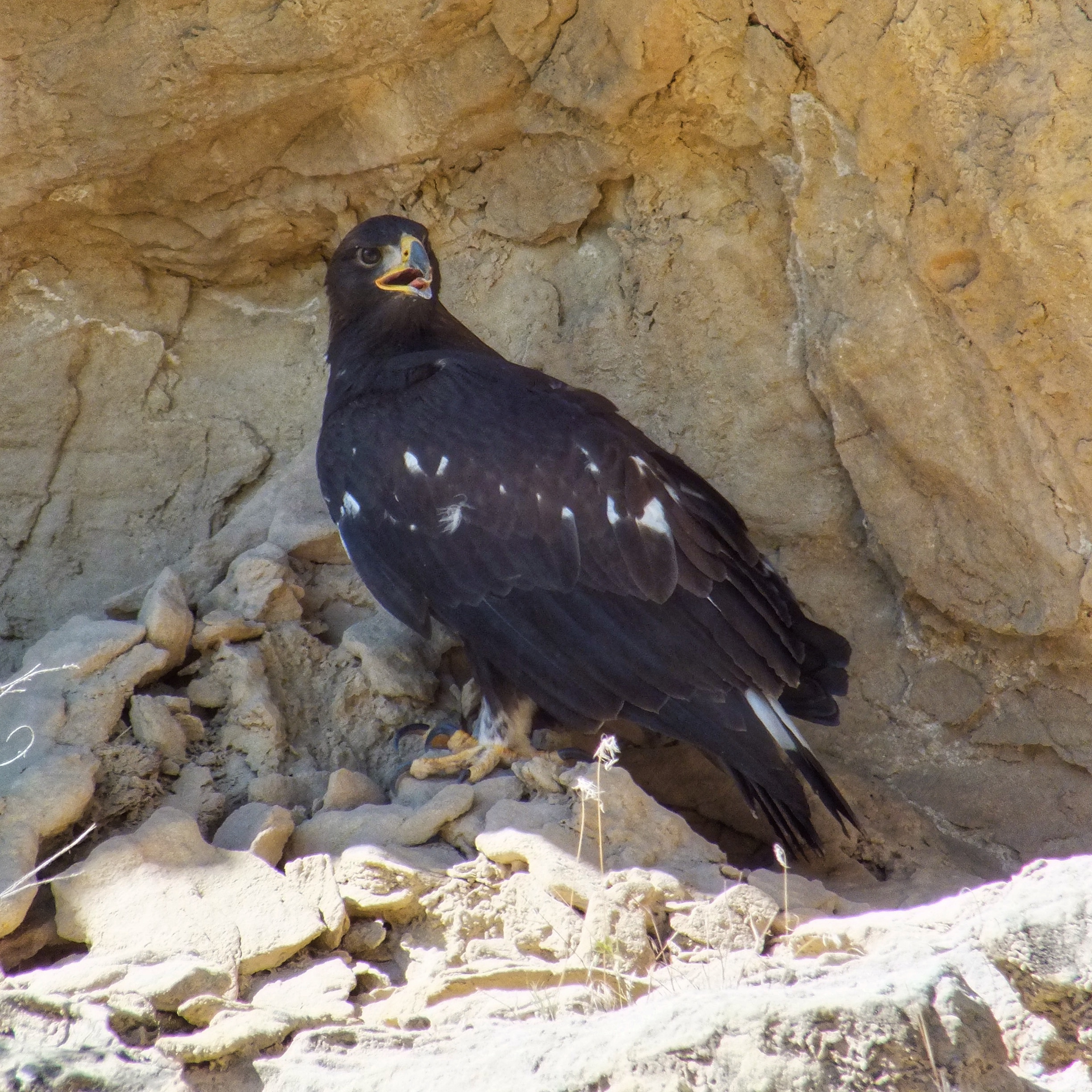 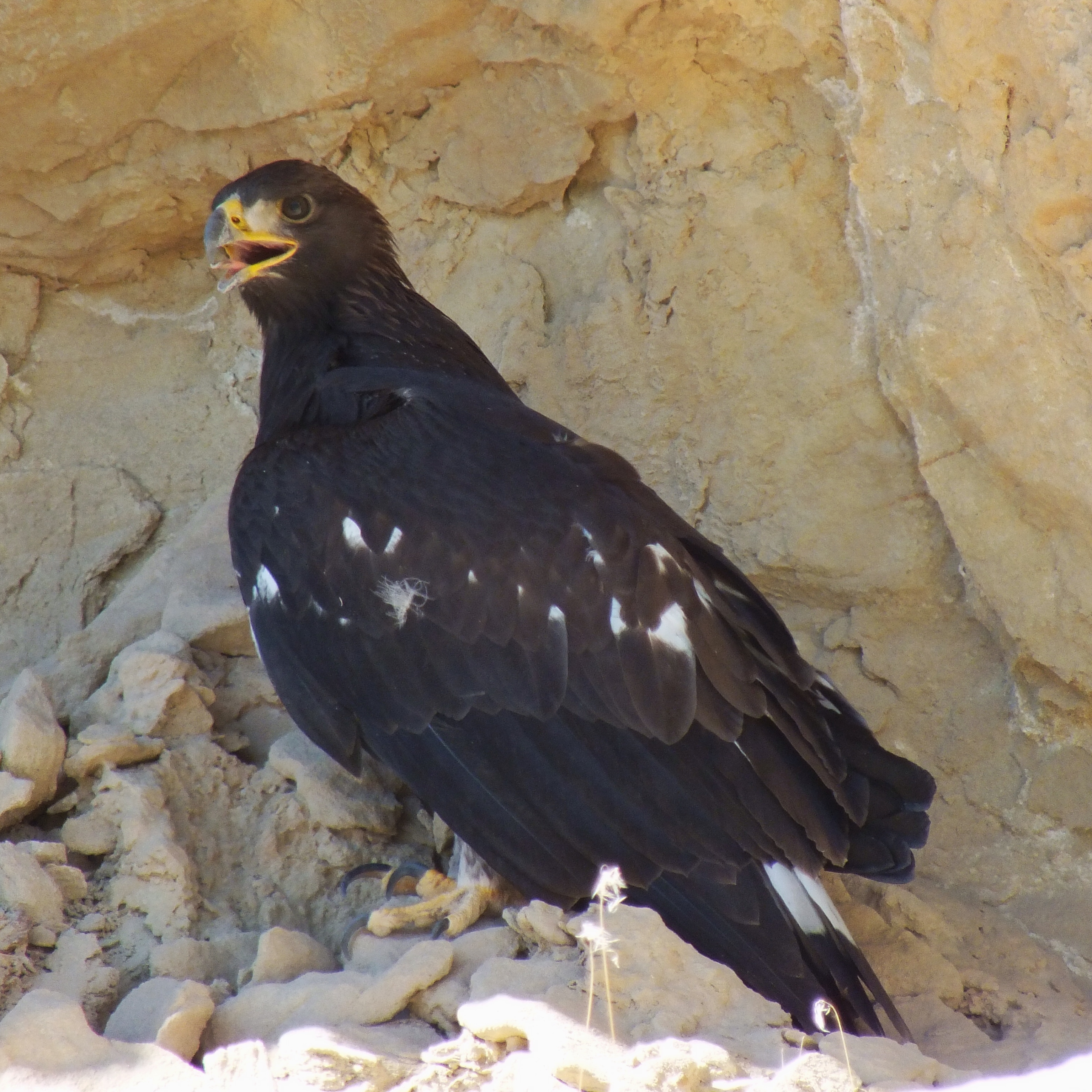 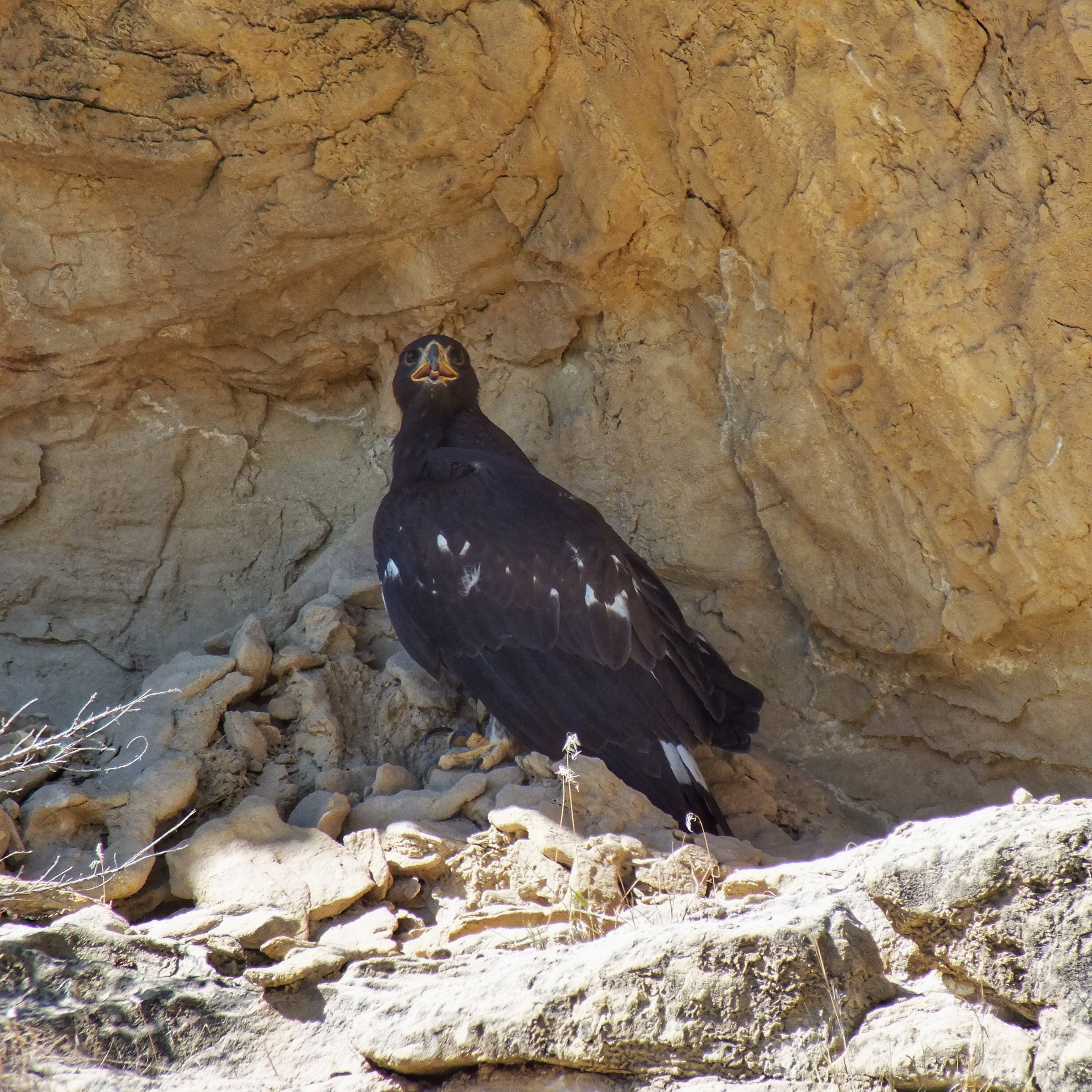 A second Golden Eagle, this one an adult, soared overhead just above the rim of the canyon. After maybe three minutes, the immature took off and flew down the canyon. A Great Blue Heron was standing in the creek across the road, looking on.

All of this drive, from I-70 through the canyon and up through the forest to the top was stunning. It’s good enough to be a destination on its own.