We spent the night at a Comfort Inn in Rifle. The town, located on the Colorado River, got its name because somebody at some distant point in the past, left, or found, a rifle leaning against a tree. I guess it had to be called something.

In the morning, we drove north on a narrow blacktop road through a valley full of beautiful farms. This is one thing I’m finding amazing about Colorado. Drive for miles through dry scrub and suddenly you’ll come across a patch of lush farmland along some tiny creek. There will be farms and crops and livestock. And then you’ll go around a bend and be back in the scrub. It all has to do with elevation and water, I know, but the differences can be startling.

Rifle Falls State Park is tiny, and most of it is taken up by a campground. We arrived early and most of the campers had not yet begun to stir. We paid our $7, parked in the tiny day-use lot and walked a quarter mile to the falls. See what I mean about patches of lushness? 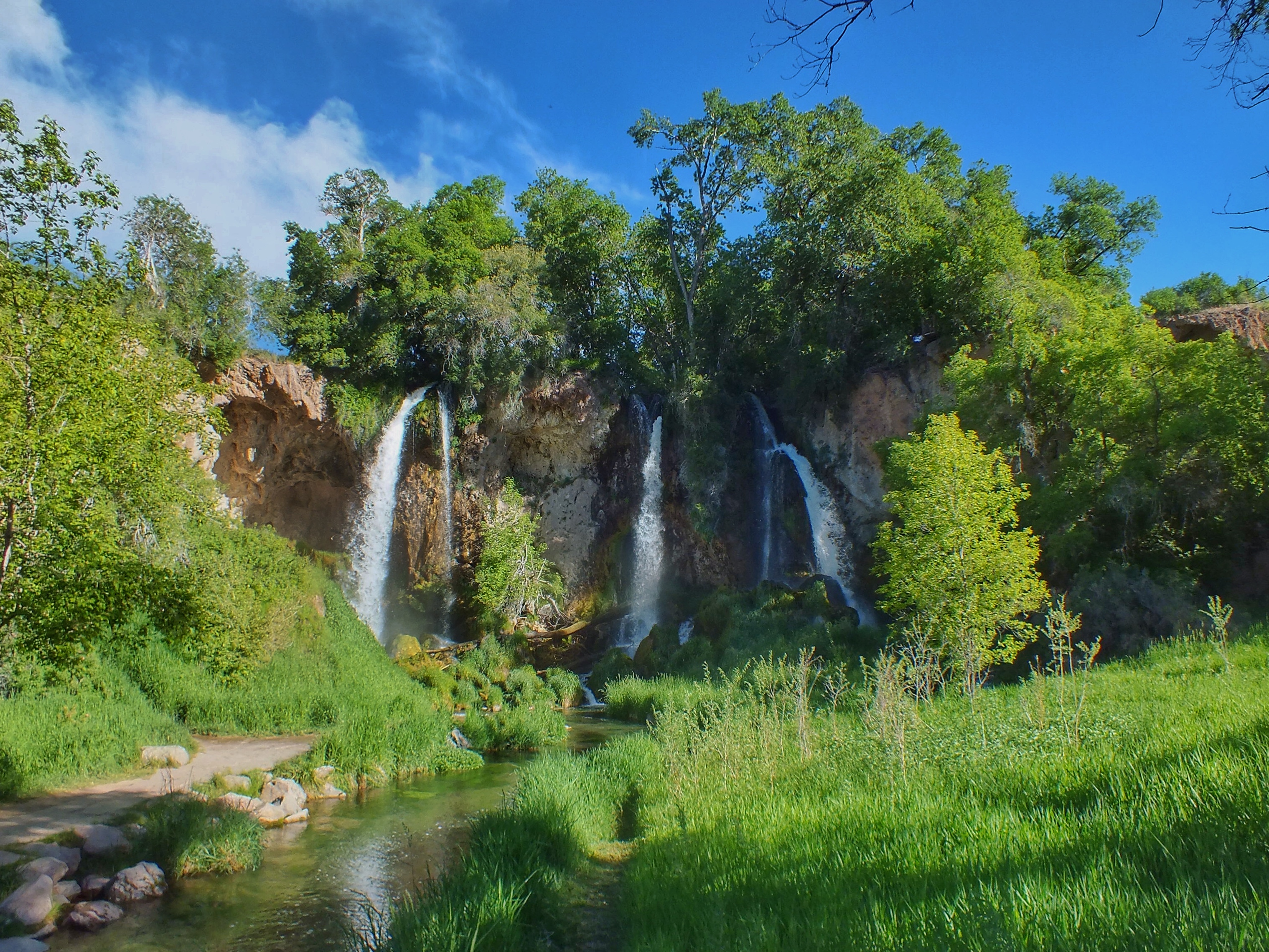 After admiring the falls for a while, I discovered a trail that led along the cliffs to the right. The rocks were full of holes and crevices, many of them amounting to caves. 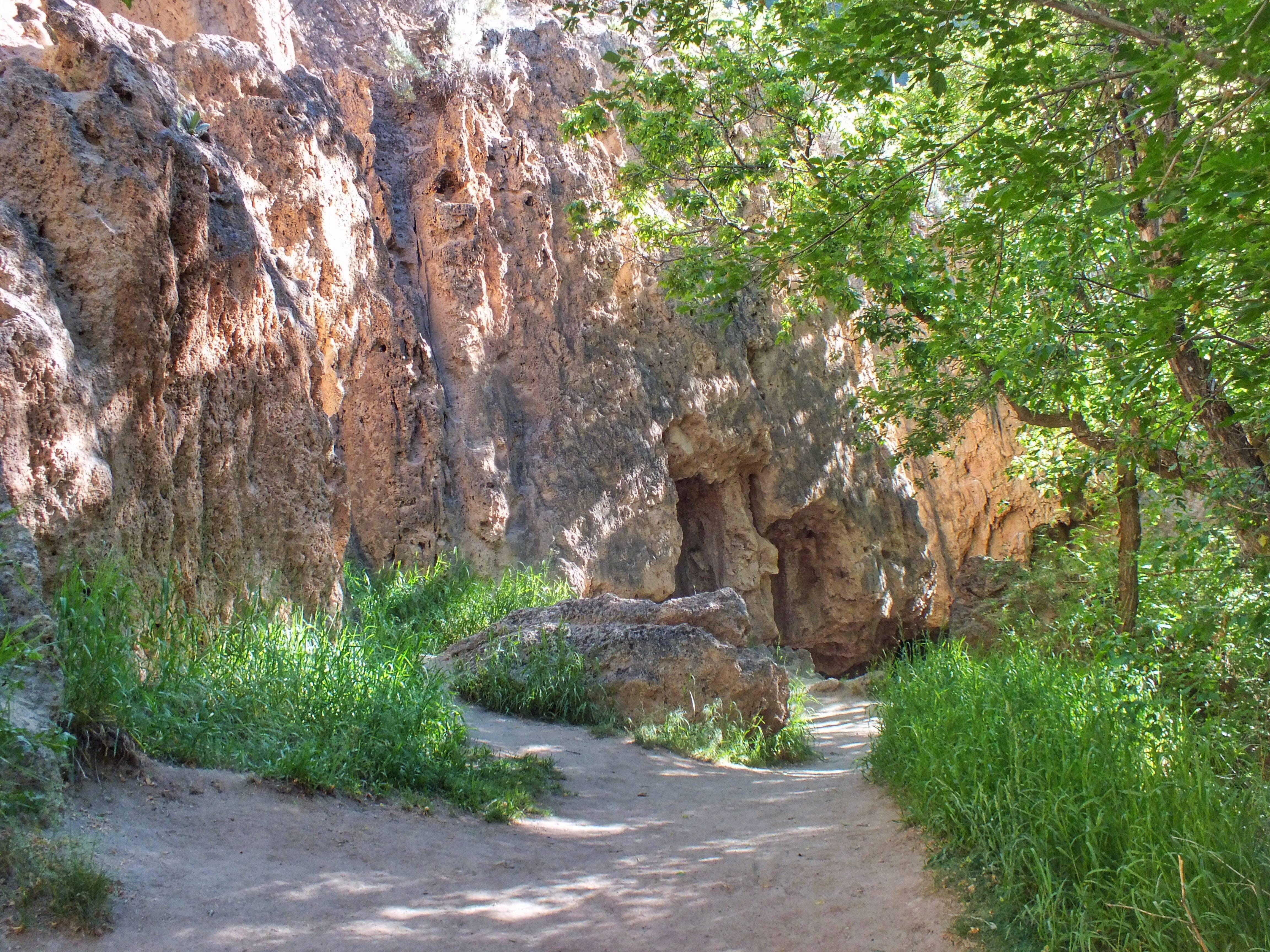 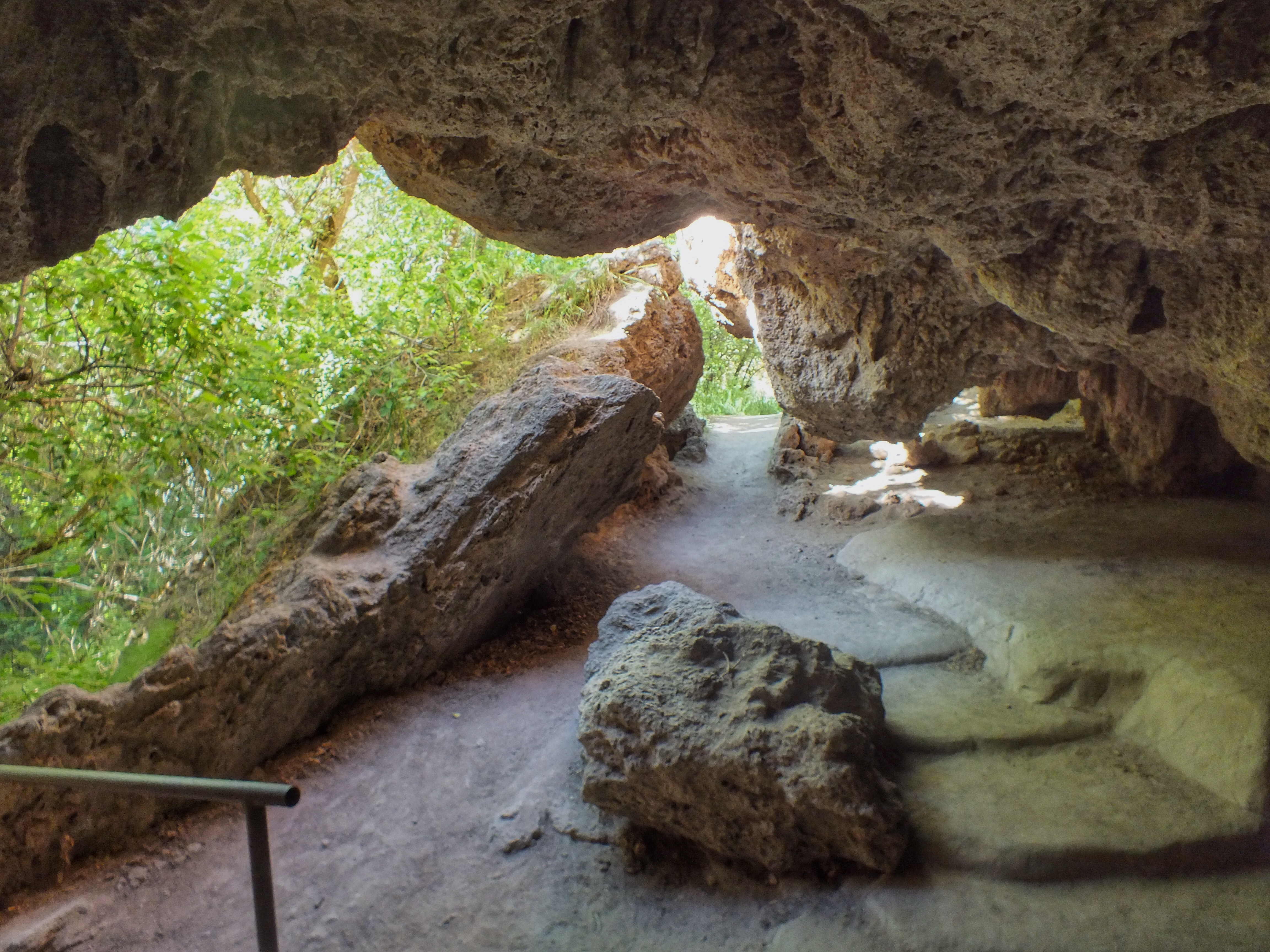 The trail climbed gently up behind the rocks, and we soon discovered two ponds. I know there’s a state fish hatchery nearby, and I’m thinking these ponds are, or were, part of it. There were two guys fishing in one of them. 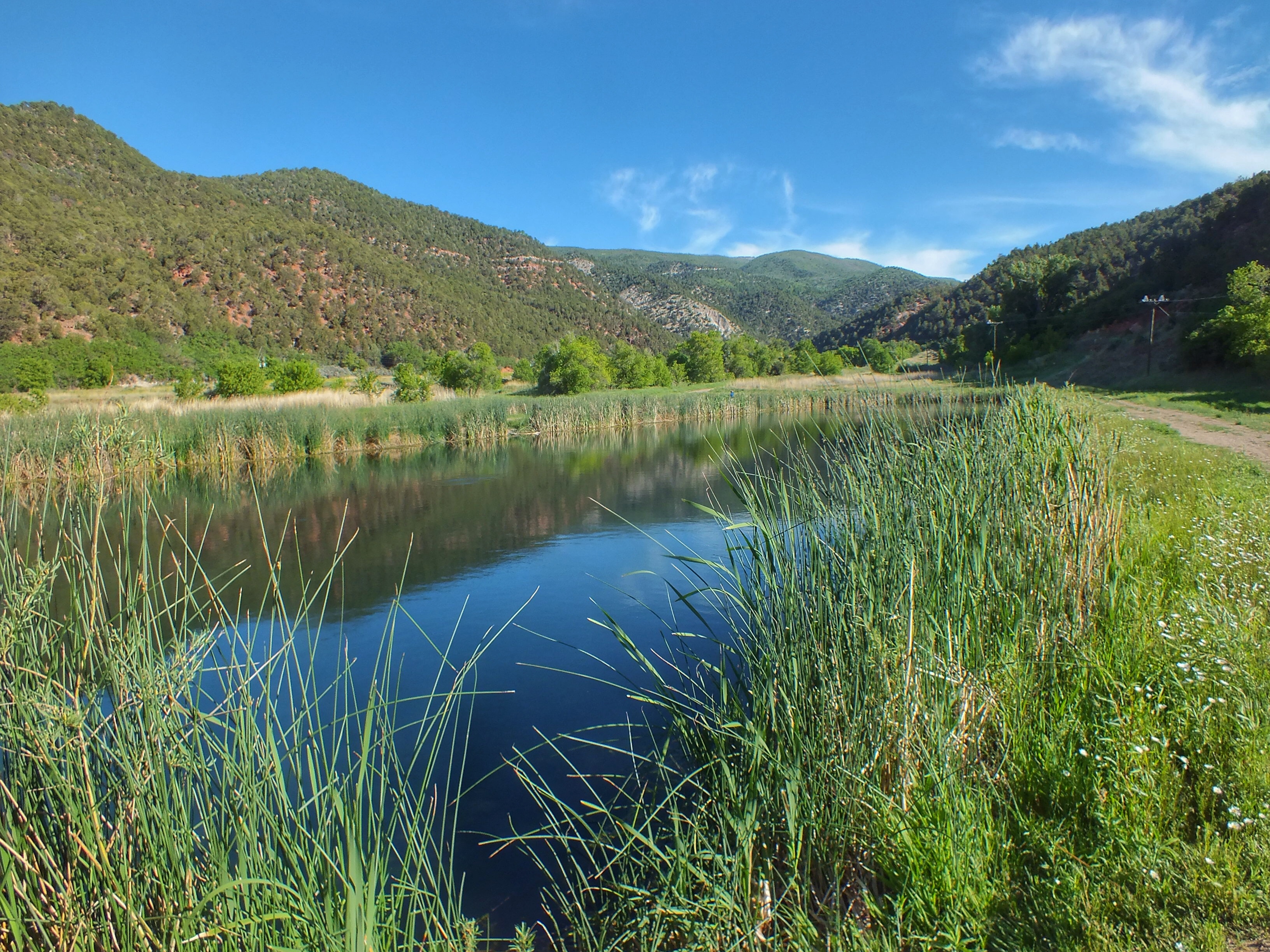 The trail led to the top of the falls. There were metal platforms that stuck out from the edge of the cliffs so we could look straight down at the water or out over the valley. 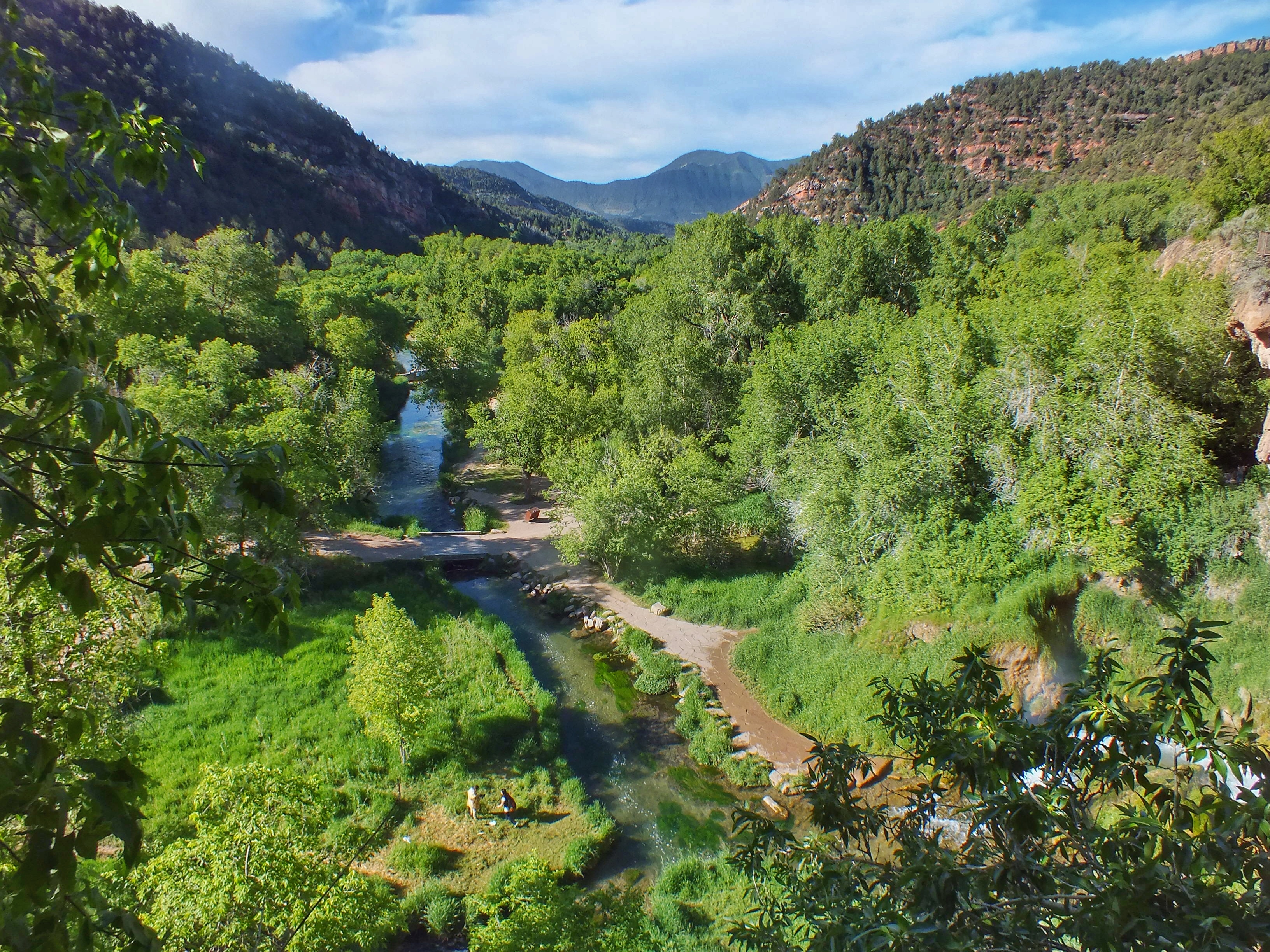 That’s when I discovered the secret to the falls. 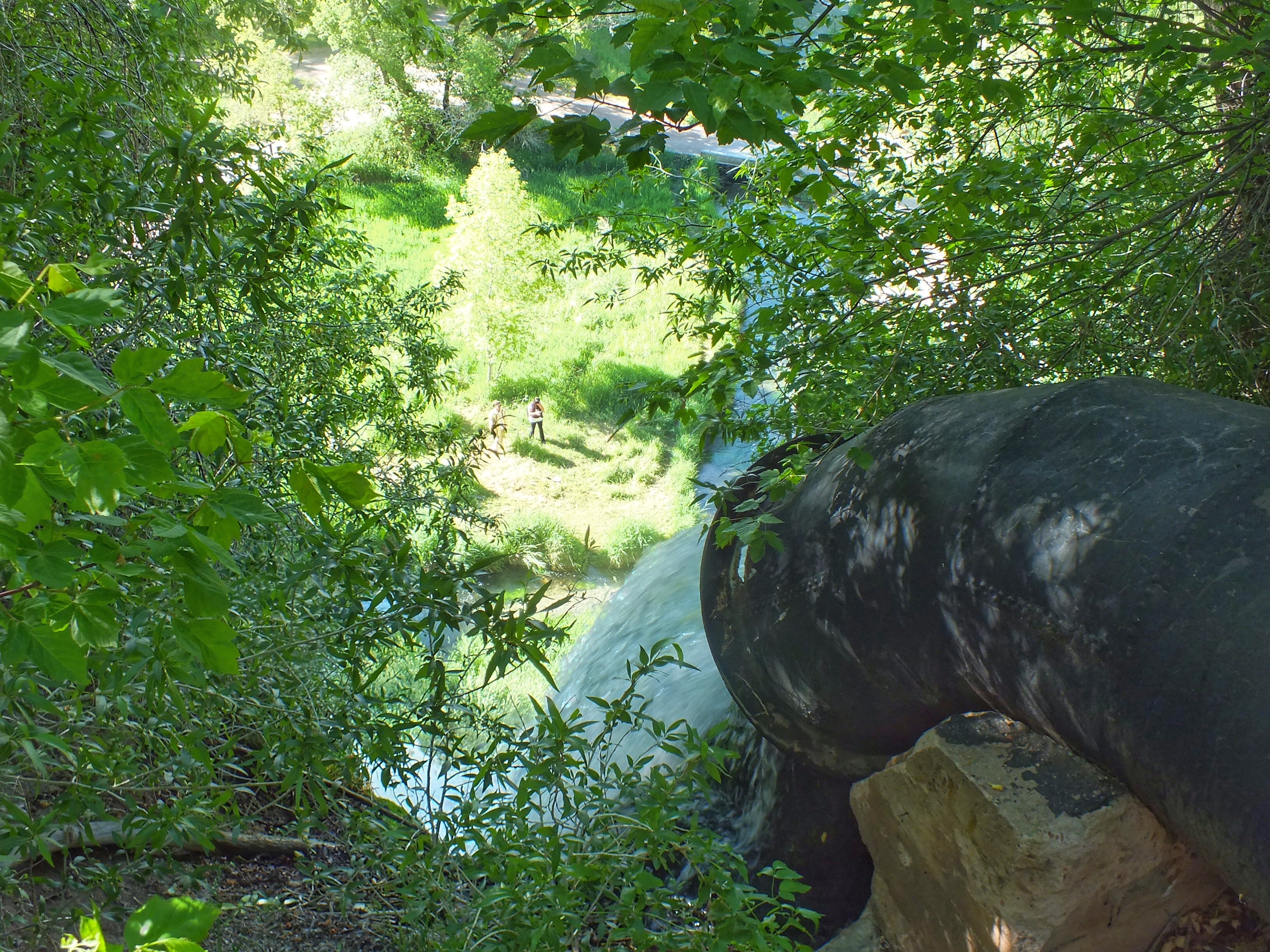 I believe there really were falls here historically, but for whatever reason, they are now being enhanced. The trail curved down below the falls again. Campers and other day-users were arriving and it was getting busy by the falls. 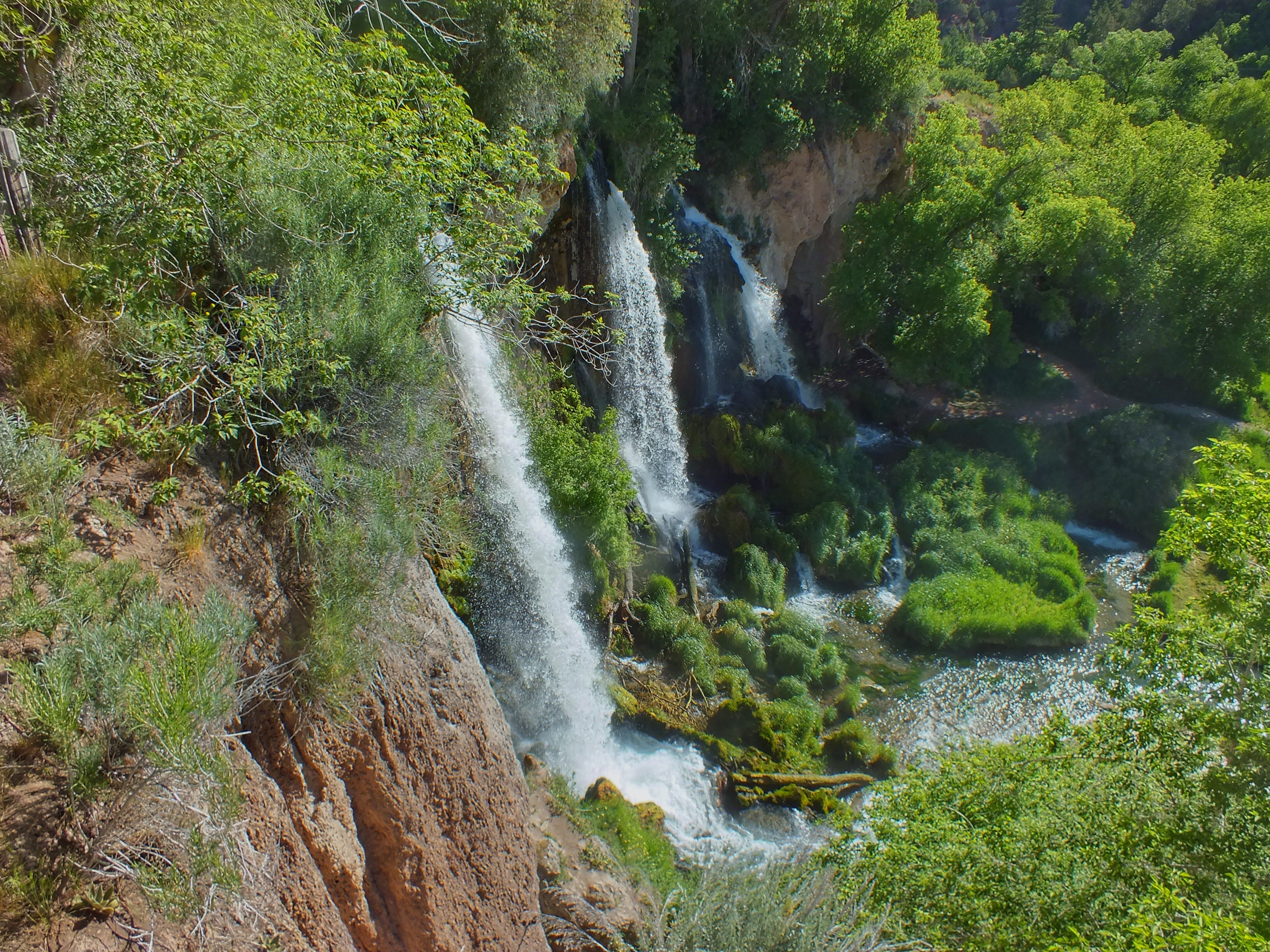 We hung around for a couple minutes and enjoyed the cool breezes in the shade that contrasted sharply with the hot sun.

I found an American Dipper in East Rifle Creek. 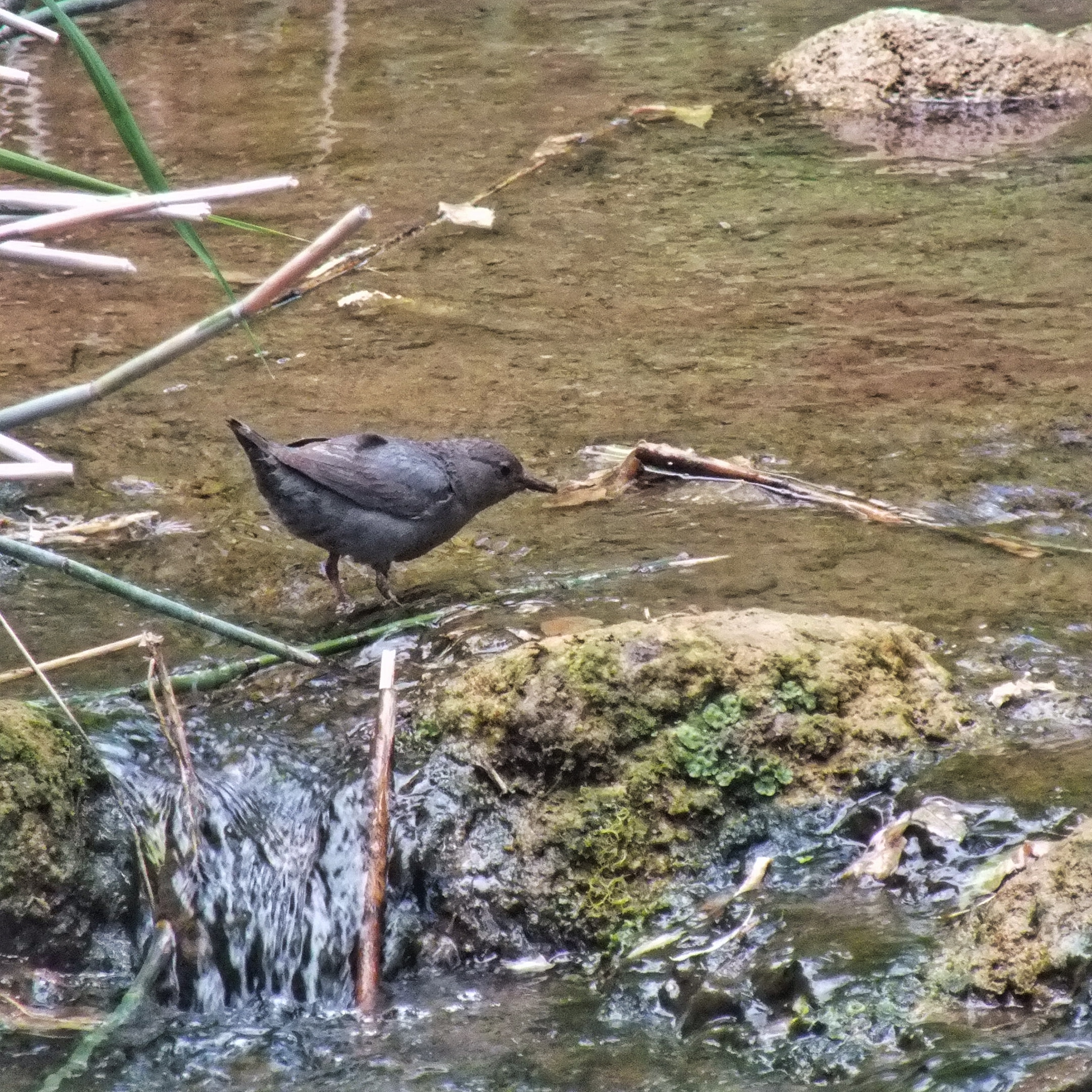 We also happened upon a cooperative Northern Rough-winged Swallow … 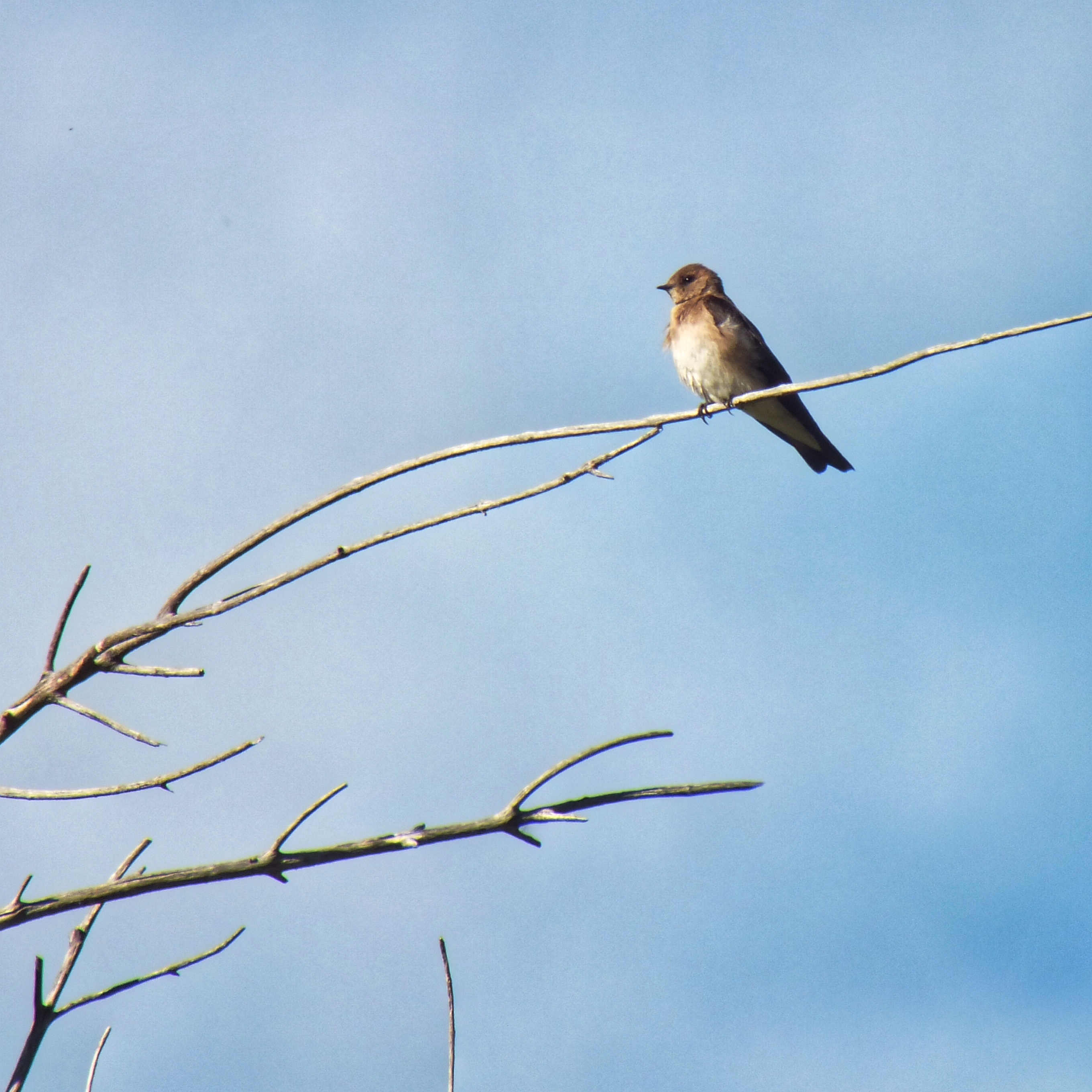 and a Black-billed Magpie. 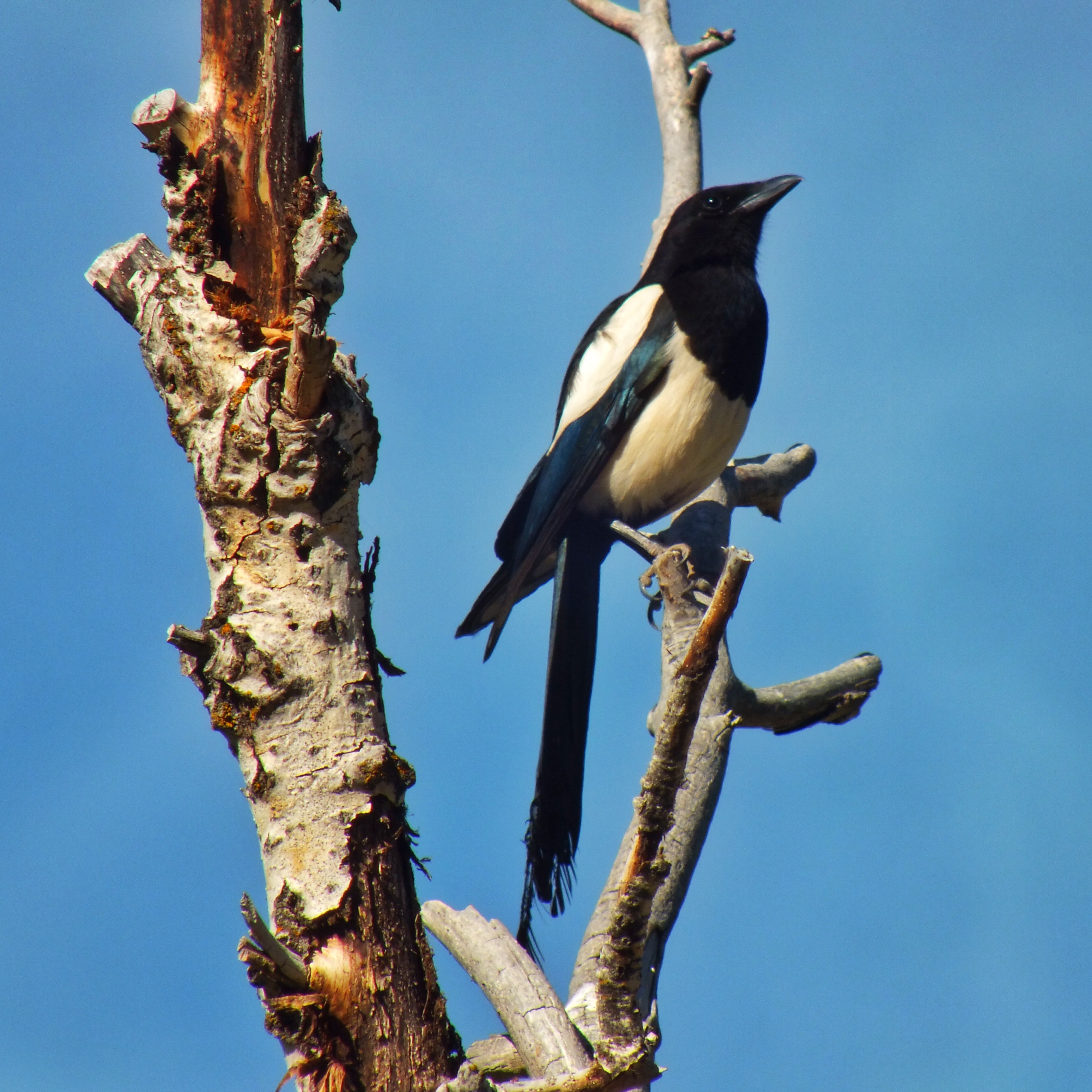 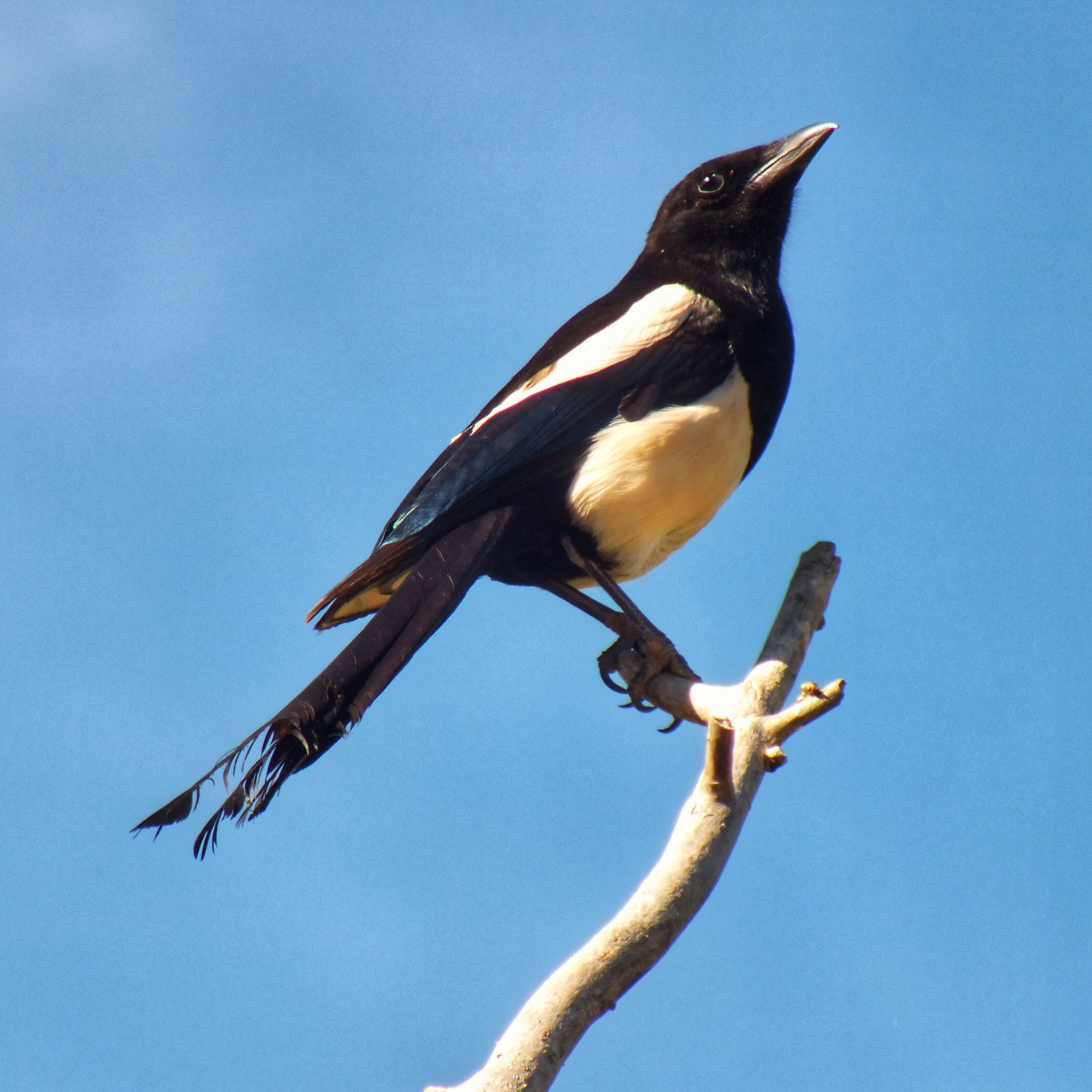 Neither the falls or the park are worth a long trip, but if you’re in the area, it’s worth the 11-mile drive off I-70 to spend a pleasant hour or so.