We didn’t want to make the trip home from Gatlinburg in one day, so we looked for somewhere to stop along the way. Which, for us, of course means dead president stuff.

Point Pleasant is a small town on the Ohio River about 20 miles southeast of Cincinnati. Ulysses S. Grant was born here on April 27, 1822. His father worked in a tannery next door. The family lived here for about a year after Grant’s birth. 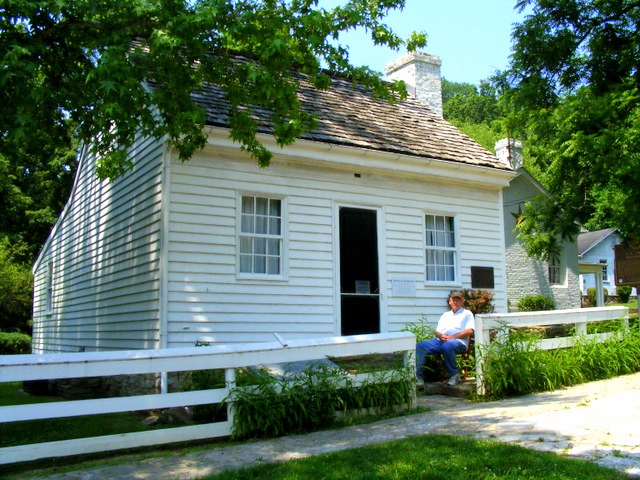 After Grant’s death, the house was loaded on a railroad car and taken around the country for tours. It was brought back in 1936 and rebuilt on the orginal foundation, although much of the original material had been replaced by that time.

We were the only visitors. A feeble old woman charged us $3 each and gave us the “tour,” which means that she walked with us into the front room — the only part of the house that was there when Grant was born and gave us a five-minute talk on the house and the furnishings. Several things in the house belonged to Grant or his parents. (Hold your cursor over the photos if you’re interested.) 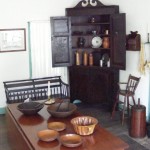 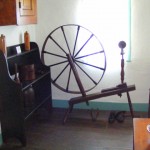 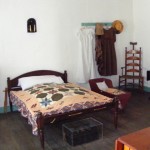 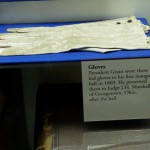 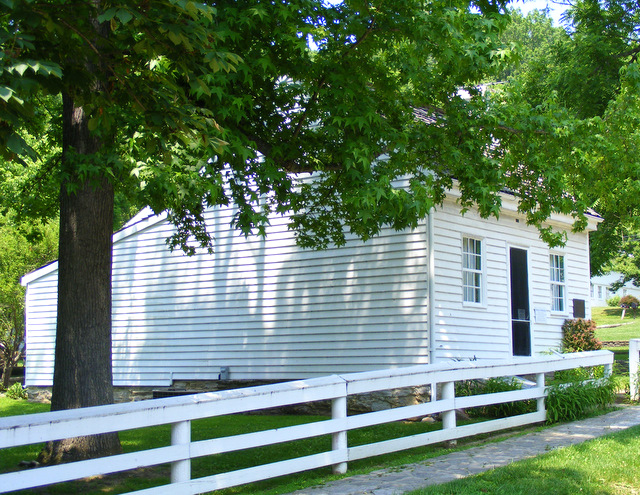 Since we were in the area and looking for something to do anyway, we’re glad we stopped. But we were glad we didn’t make a special trip to see the house. The five-minute tour wasn’t worth the $9 it cost the three of us to get inside.