I was in Kansas City for two days. I had a free morning, so I drove to nearby Independence to see Truman’s home. I was the first person in the door of the visitor center in the morning, just ahead of a couple from North Carolina. We watched a short video then drove (separately) the five blocks to Truman’s home.

I had time to take some outside photos before the ranger came out. I noticed that the yard looked ratty, which surprised me because the National Park Service usually does a good job of keeping things up. When the ranger began the tour, he explained what I had already figured out — they kept it that way because that’s the way the Trumans kept it, with the bushes untrimmed and all.

Bess died in 1982. She had left everything just the way it had been when Harry died in 1972. Even the drawers of his dresser upstairs still had his stuff arranged just as he had arranged it. The tour was short. We weren’t allowed upstairs because Margaret was still alive (she has since died — on January 29, 2008) and could use the upstairs rooms if she wanted to (although she never did). 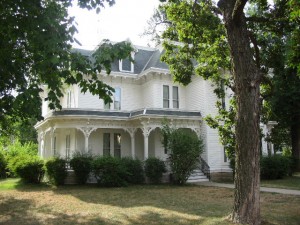 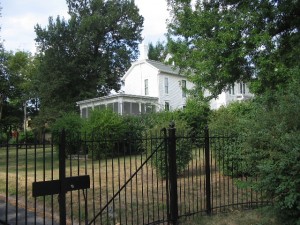 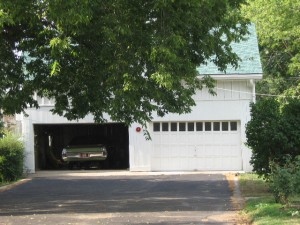 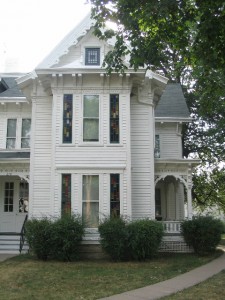 The Trumans supposedly modernized, but most of the house looks like it’s stuck in the 1930’s. The linoleum in the kitchen is cracked and pitted. (Bess said that if it was replaced, the new floor would last longer than she would and she wouldn’t be able to enjoy it.) The chandelier in the music room is still fitted for gas instead of electricity. The tour concentrated on the personal lives of the Trumans, and I thoroughly enjoyed it because it was authentic. I got a real feel for the family and how they lived. I wasn’t allowed to take any pictures inside the house, but somebody else was. Here are the dining and music rooms and the kitchen.