After touring Truman’s home, I walked around the neighborhood for a few minutes, looking at various buildings that were connected with him in some way.

Truman returned to Independence after his presidency. He took frequent walks around the neighborhood. There is now a walking tour that follows his route, and the local street signs bear his silhouette. 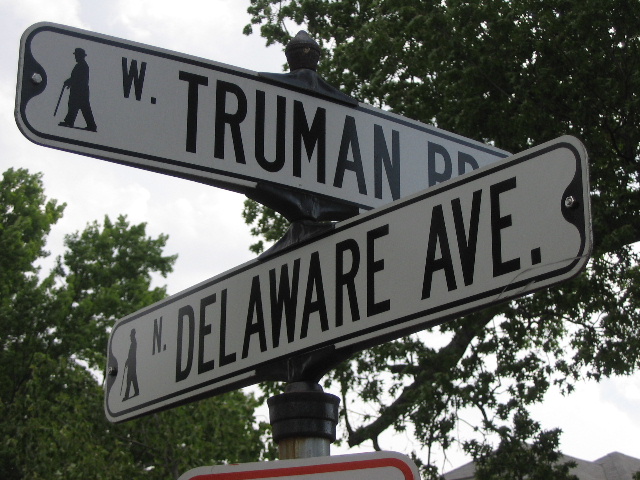 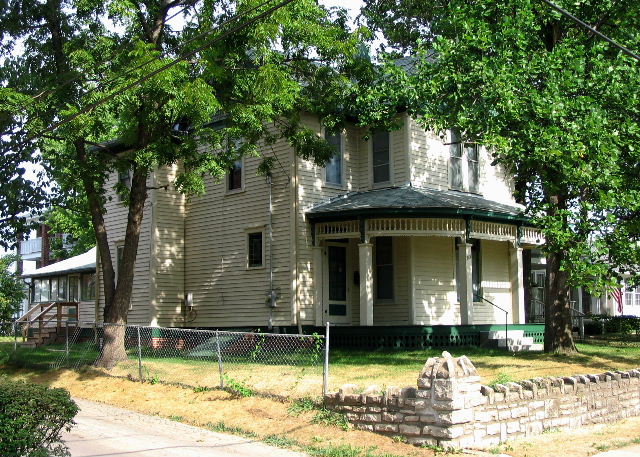 Right across the street from Truman’s house is the Joseph T. Noland House. A plaque on the sidewalk in front of the house reads, “In 1910, while visiting his aunt “Ella” Noland, Harry Truman seized the opportunity to return a cake plate to the Wallaces, beginning his courtship with Bess.”

Just up a few houses from the Noland House, on the corner across from the Truman home, this small brick house was the secret service headquarters after Harry returned from Washington. 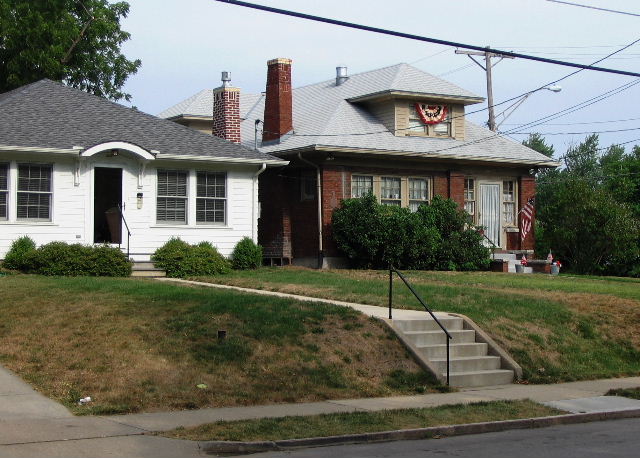 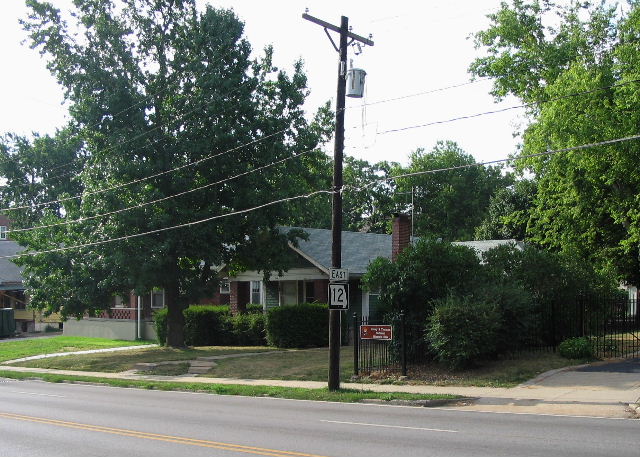 Bess’s brothers, Frank and George (and their wives, Natalie and May) lived in two small houses next to Truman’s Home. The houses are owned by the National Park Service, but aren’t open to the public.

The First Presbyterian Church is just a few blocks from Truman’s Home. A plaque in front says, “The congregation dates from 1826. The church neither divided nor closed in the Civil War. Designed in 1888 by Nier, Hogg and Byram of Kansas City, Mo. Harry S Truman first met Bess Wallace here in Sunday School in 1892.” 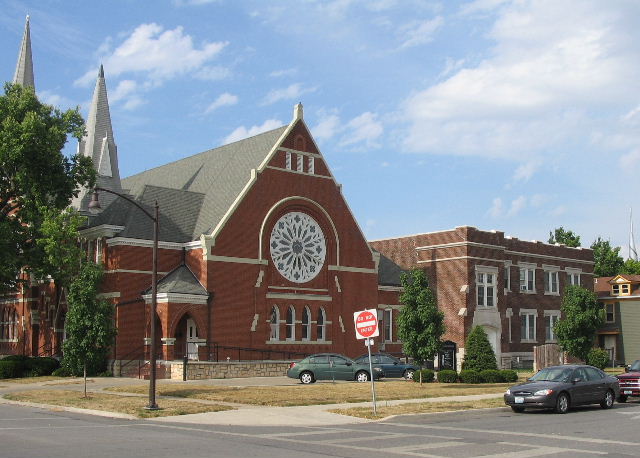 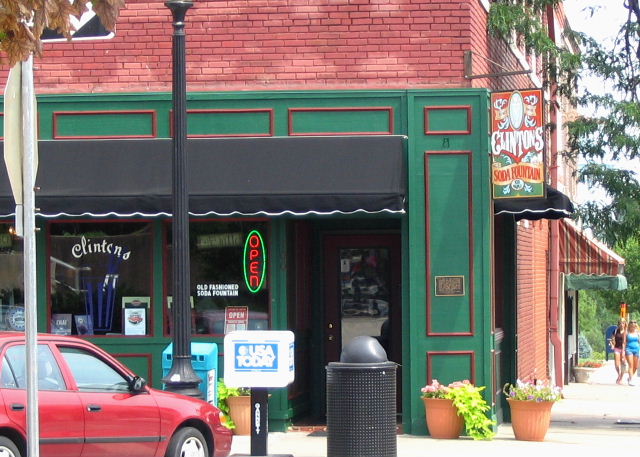 I bought a root beer float at the Clinton’s Drug Store downtown. It too had a plaque — “It was in the Clinton’s drugstore that Harry S Truman obtained his first job at three dollars a week. He opened the store every morning at six thirty, mopped the floor, cleaned away the trash, polished the jugs and bottles, worked at the fountain, and clerked.” The float was tasty, although the store is something of a scam. It isn’t in the same building where Harry worked, and I highly doubt it’s a direct descendent.

In front of the courthouse, across the street from Clinton’s drugstore, there’s a statue of Truman. And yes, there’s a plaque — “This statue was dedicated May 8, 1976, by Gerald R. Ford, the 38th President of the United States, in the presence of Mrs. Margaret Truman Daniel.” 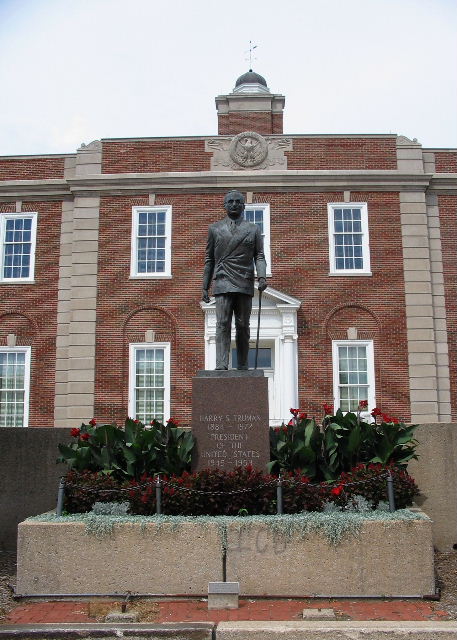