Since I’m so close to 500 lifers and I’ve already set my all-time record for most birds seen in a year and Colorado is creeping up on Illinois for first place on my list of state birds, I’ve made those lists my priority this year. If there’s a fair chance for a lifer, I go for it. If there are birds I haven’t seen yet this year, I go for them next. And if I have a chance at a bird I haven’t yet seen in Colorado, I shoot for that too. On this Saturday, I was aiming for these:

I left home early and birded for three hours at Cheyenne Mountain. It was a beautiful day, but unfortunately, a lot of other people thought so too. People on bicycles. REI set up a tent in the parking lot and rented bicycles to people. So not only were there a lot of bikers on the trails … There were a lot of not-very-experienced bikers on the trail. It was a pain, but I’ll give them this—they were all polite and friendly and observed trail protocol. Even when just one biker passed me, he or she would almost always tell me they were alone so I’d know another biker wasn’t coming.

I did find a couple Virginia’s Warblers, the first with the help of the song on my phone app, but that was it for target birds, not only there but for the entire day. 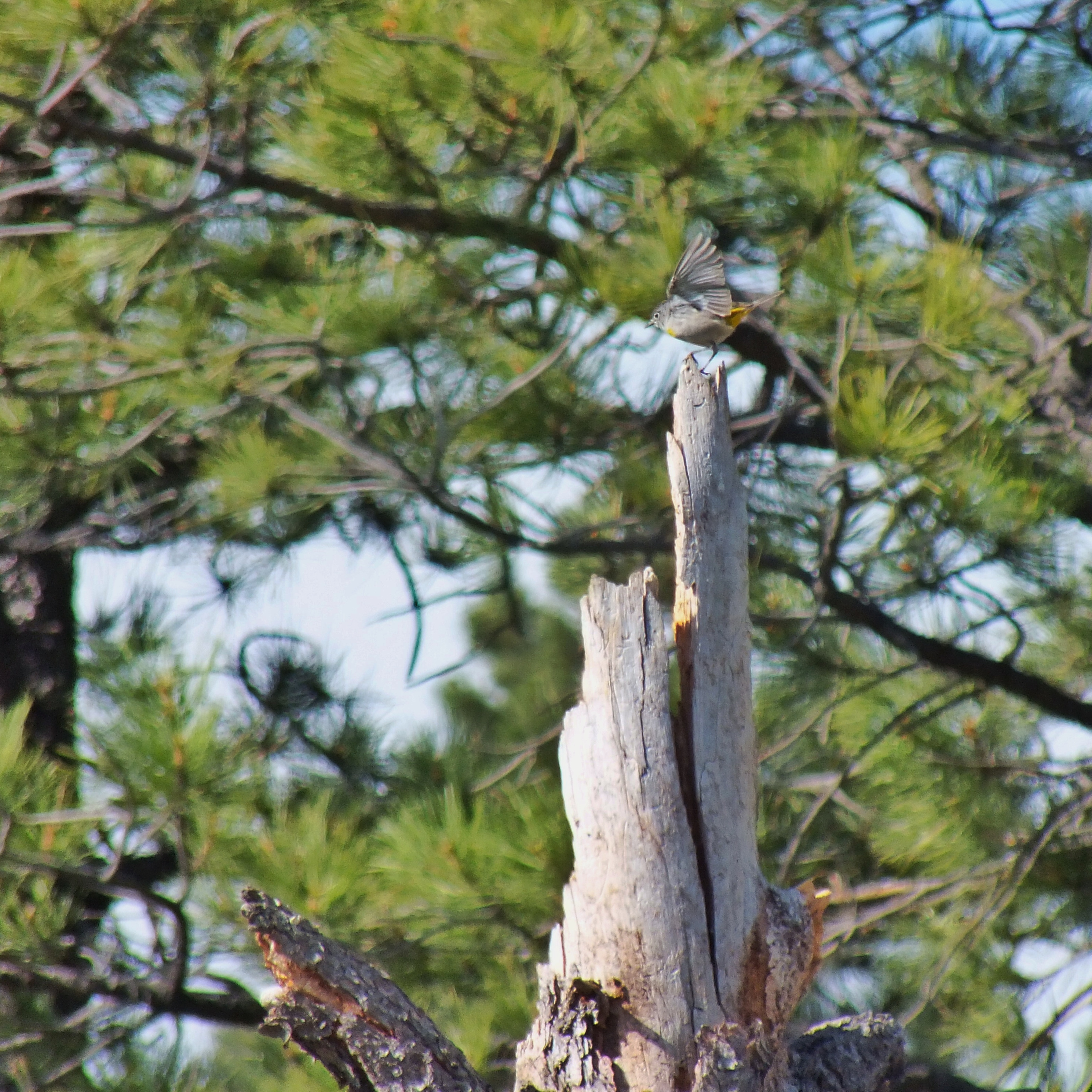 When I got to Hanover Road, I met two guys who told me they’d just seen the roadrunner a few minutes earlier. I never got a hint of it. The cholla was in full bloom. The yellow buds were popping open and forming purple flowers. The two colors together made for a bright prairie. 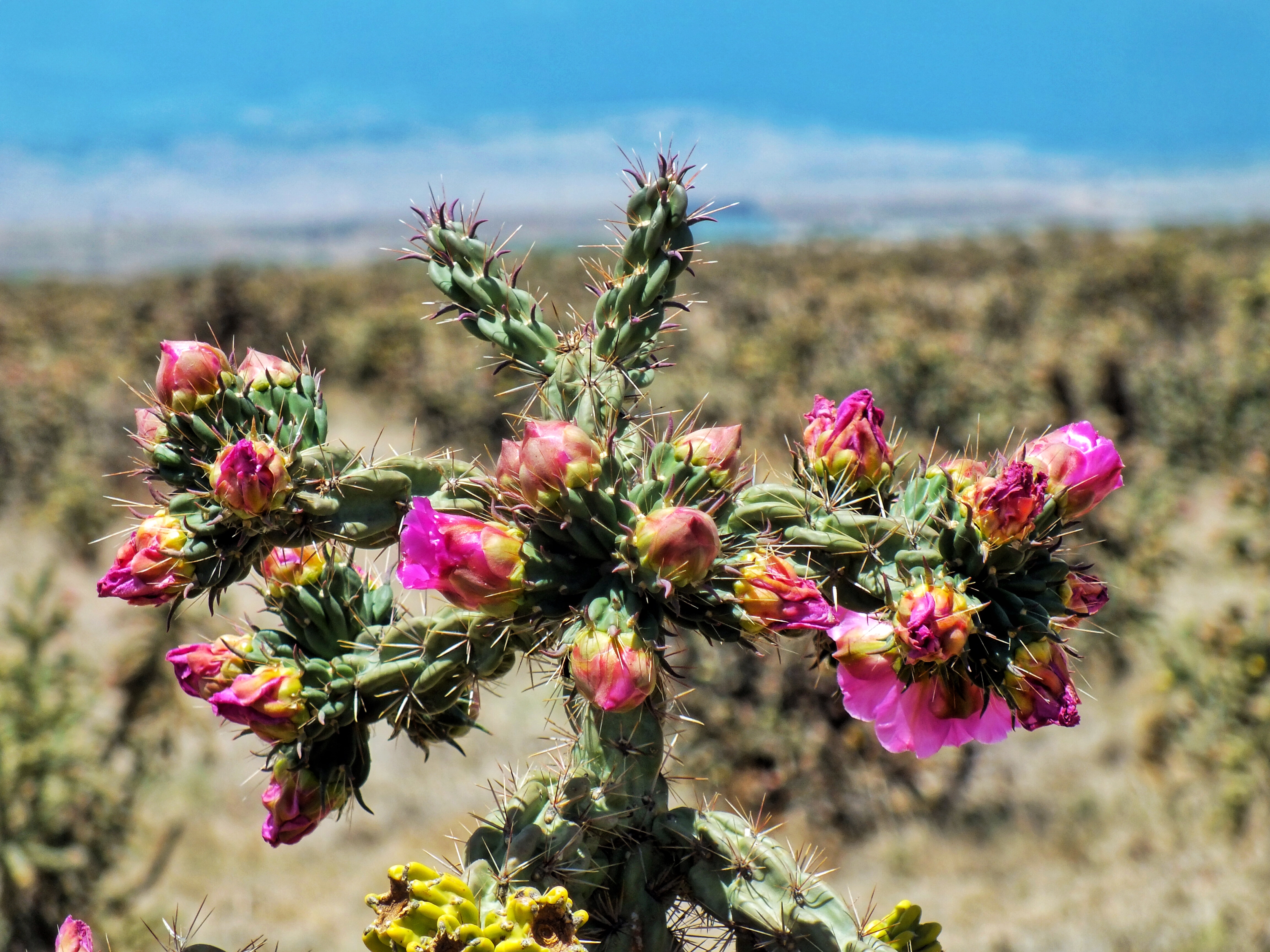 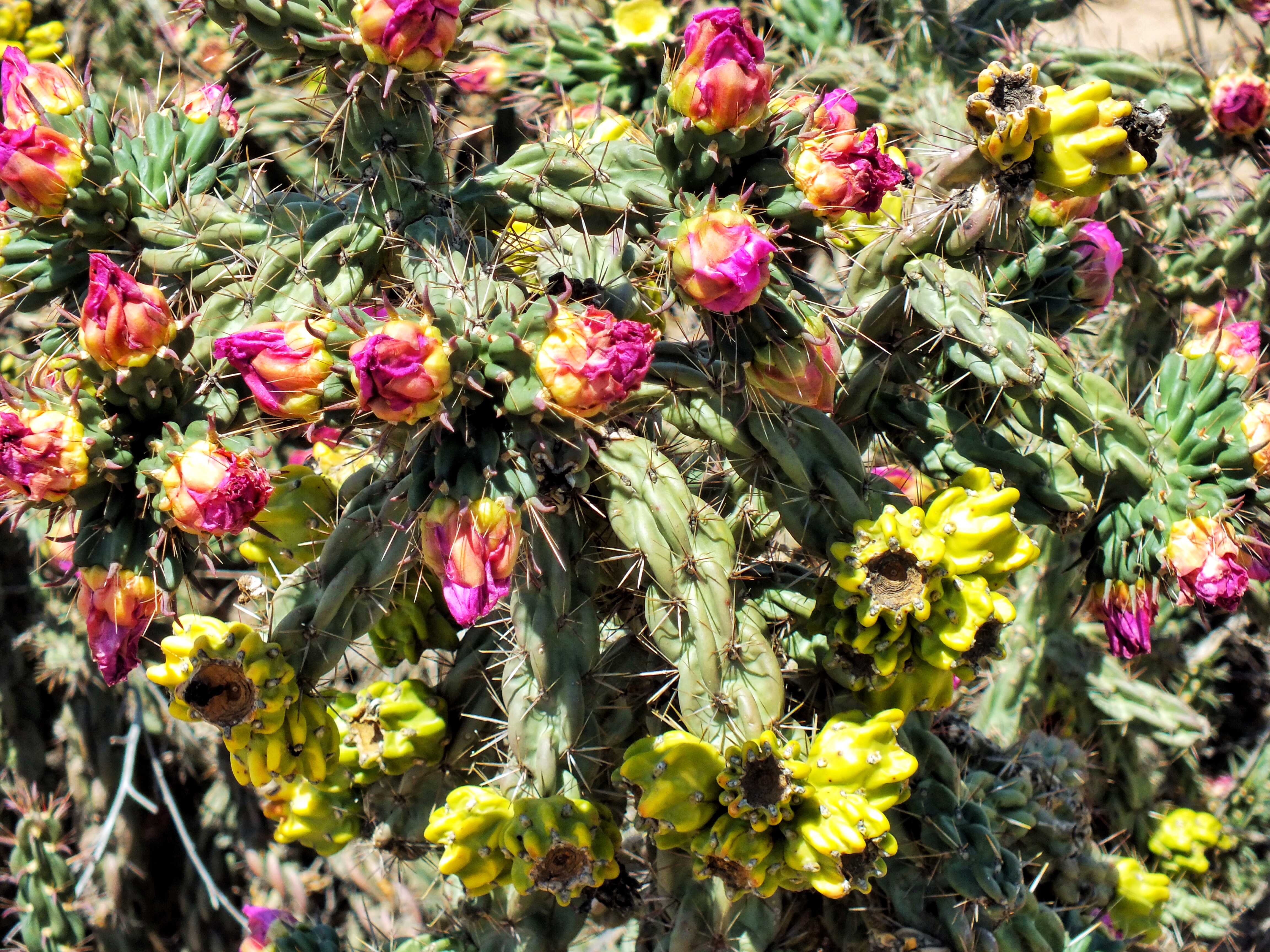 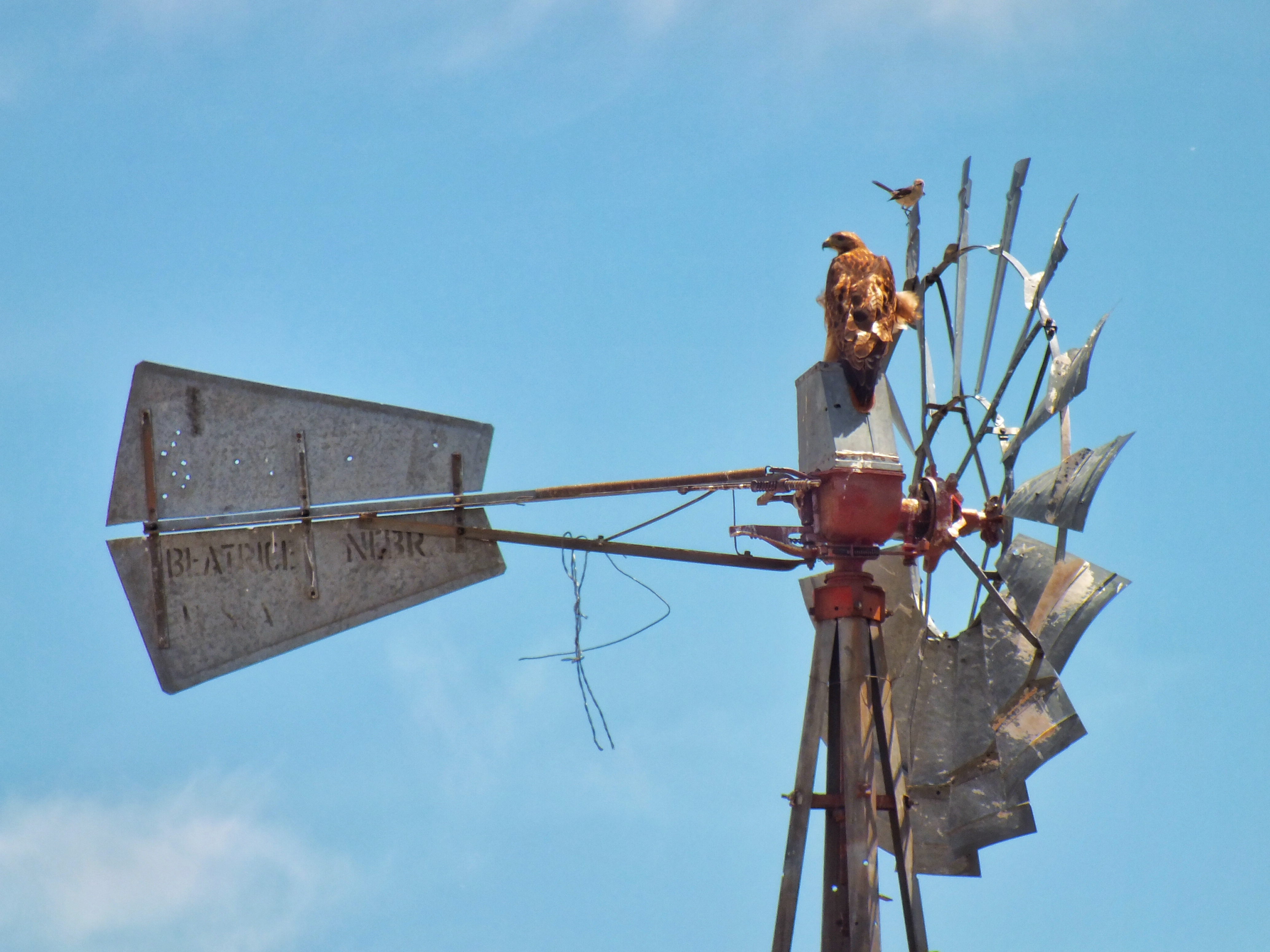 When I finally ended up at Ramah Reservoir, it was windy and storm clouds were popping up quickly. I had the place to myself because this summer all the water had dried up. 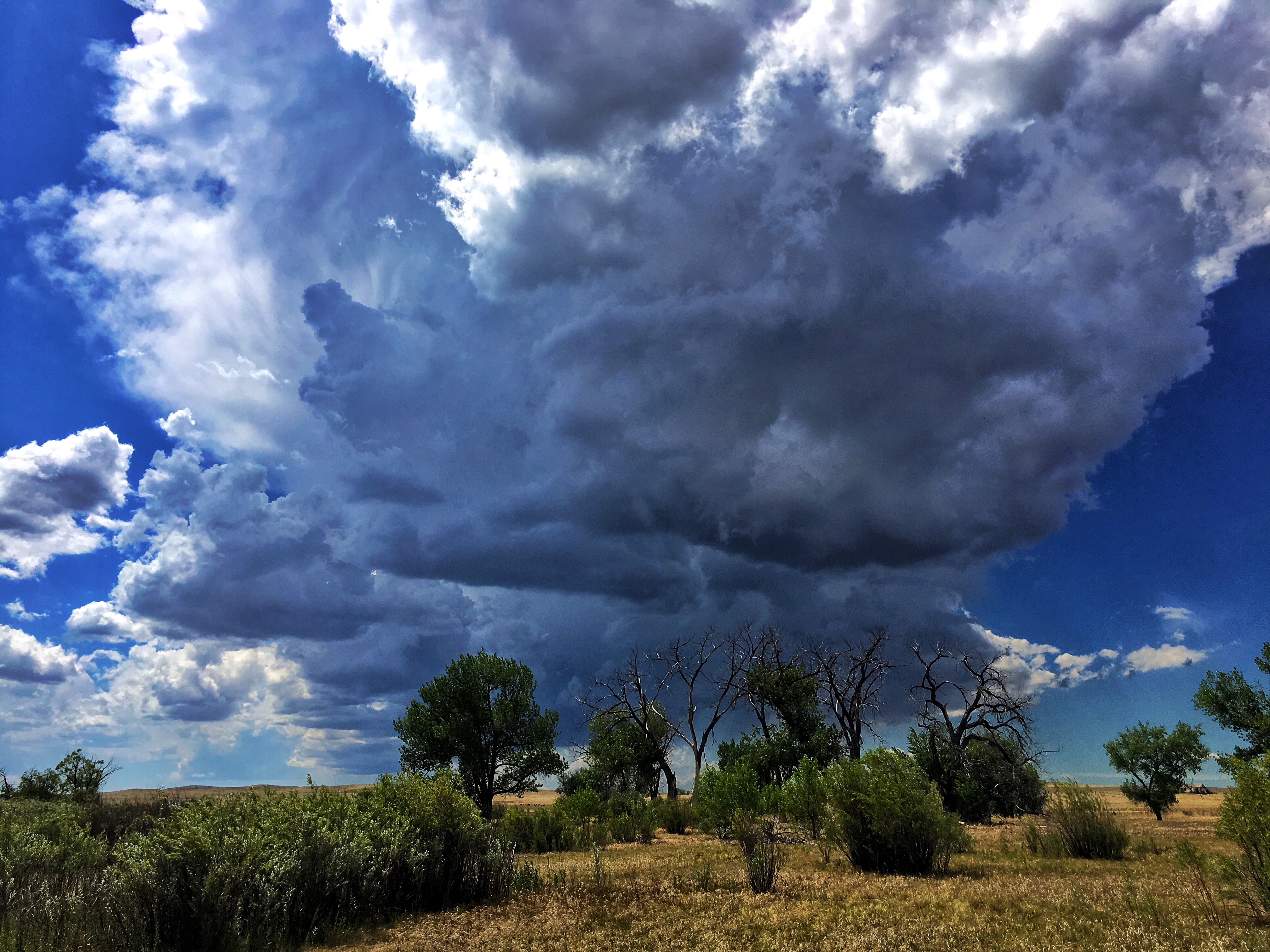 A Lazuli Bunting and a Mountain Chickadee at Cheyenne Mountain State Park and a Northern Mockingbird hassling a Red-tailed Hawk along Hanover Road.

But even though I didn’t see much of what I wanted, the weather was pleasant and the birds I did see were cool.