I saw an advertisement for a walk-through light show at the Baptist Road exit in Monument. That’s only two exits north of our house, and I know my wife likes Christmas lights, so after Seven Falls we headed up. It wasn’t as cold and windy as it was in the canyon, but it was still chilly.

We paid $8 each to get into the “park.” The lights were set up in the grass behind an office building. It didn’t take us long to get a feel for the place and realize we’d paid a lot more that it was worth. The path wound around back and forth through the field but all the lights were visible from any one spot.

After walking through Candyland, the path took us through a gravel parking lot and past the dumpsters. 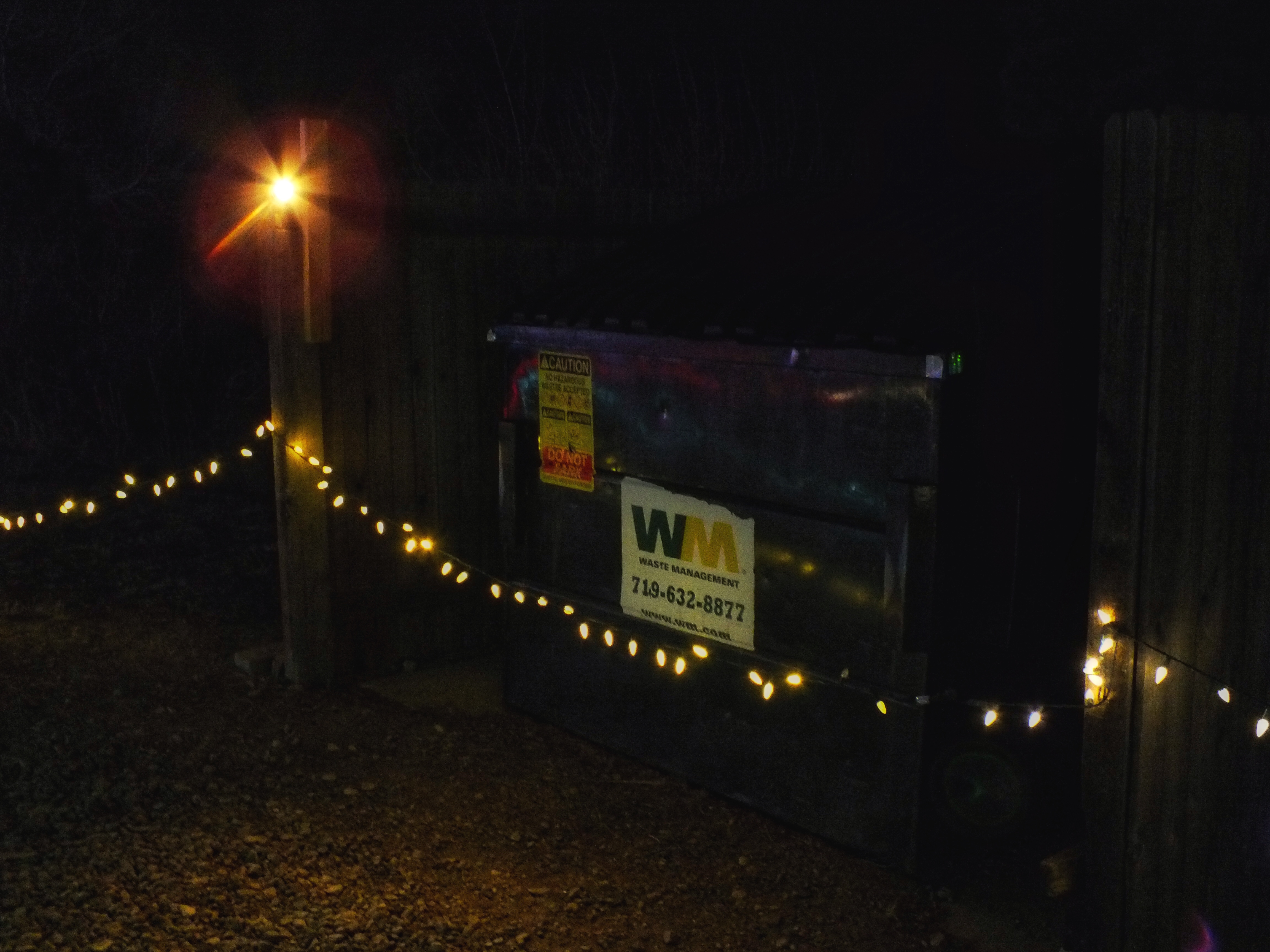 Some of the romance was lost when I realized that many of the “trees” were clusters of lights thrown over tomato cages. Plastic coolers were plainly visible in the middle of displays with audio equipment stacked on top of them.

Unlit cardboard Peanuts characters were barely visible in the darkness along one stretch of path. Nearby, crammed between a dog house and a shed where it wouldn’t blow away, was Charlie Brown’s Christmas tree. 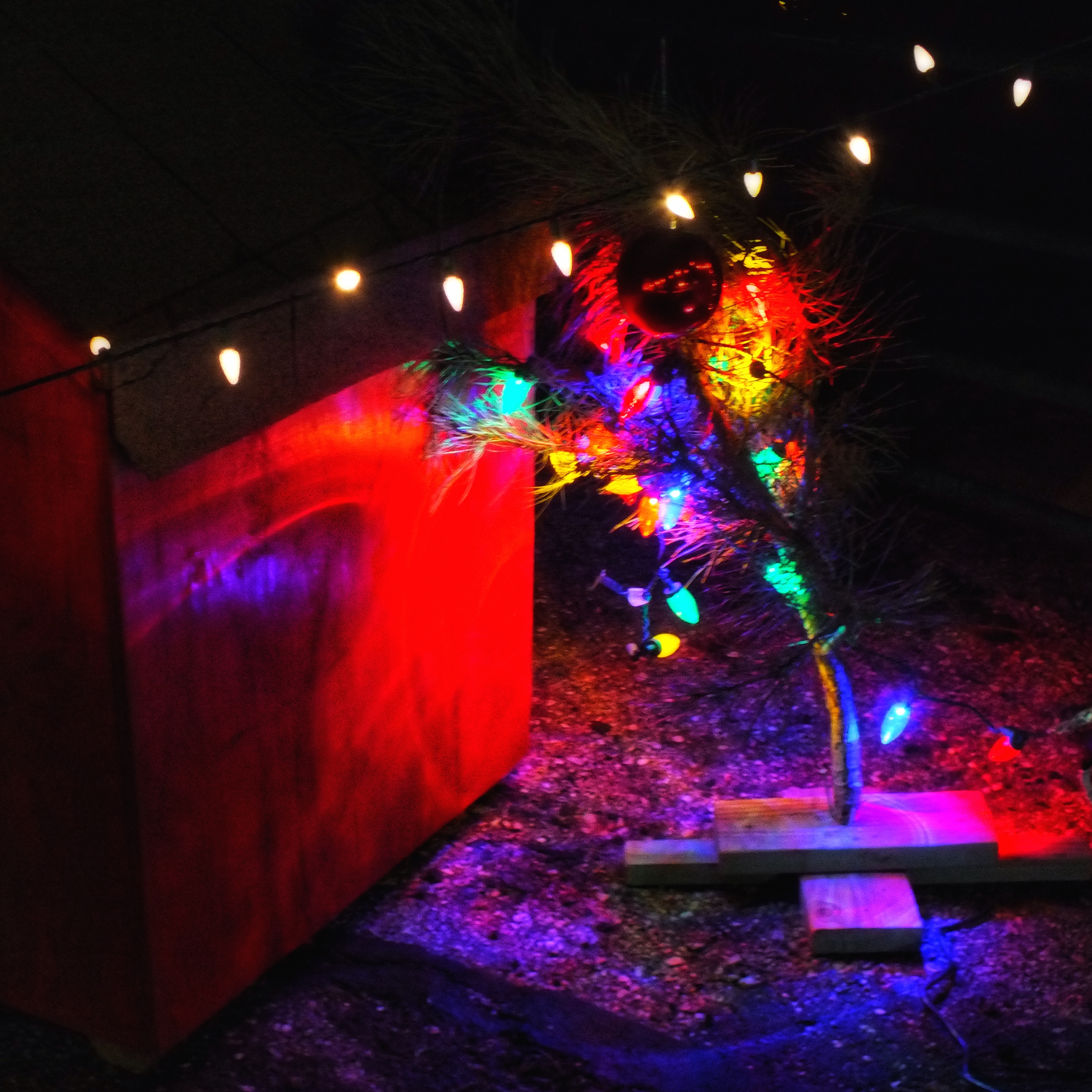 A field on the other side of the gravel lot was called Colorado Winter Land. There were lit-up outlines of elk, buffalo, bighorn sheep, and skiers spread out as much as possible to take up more space.

We’d been there maybe 10 minutes, and we were halfway through the show. 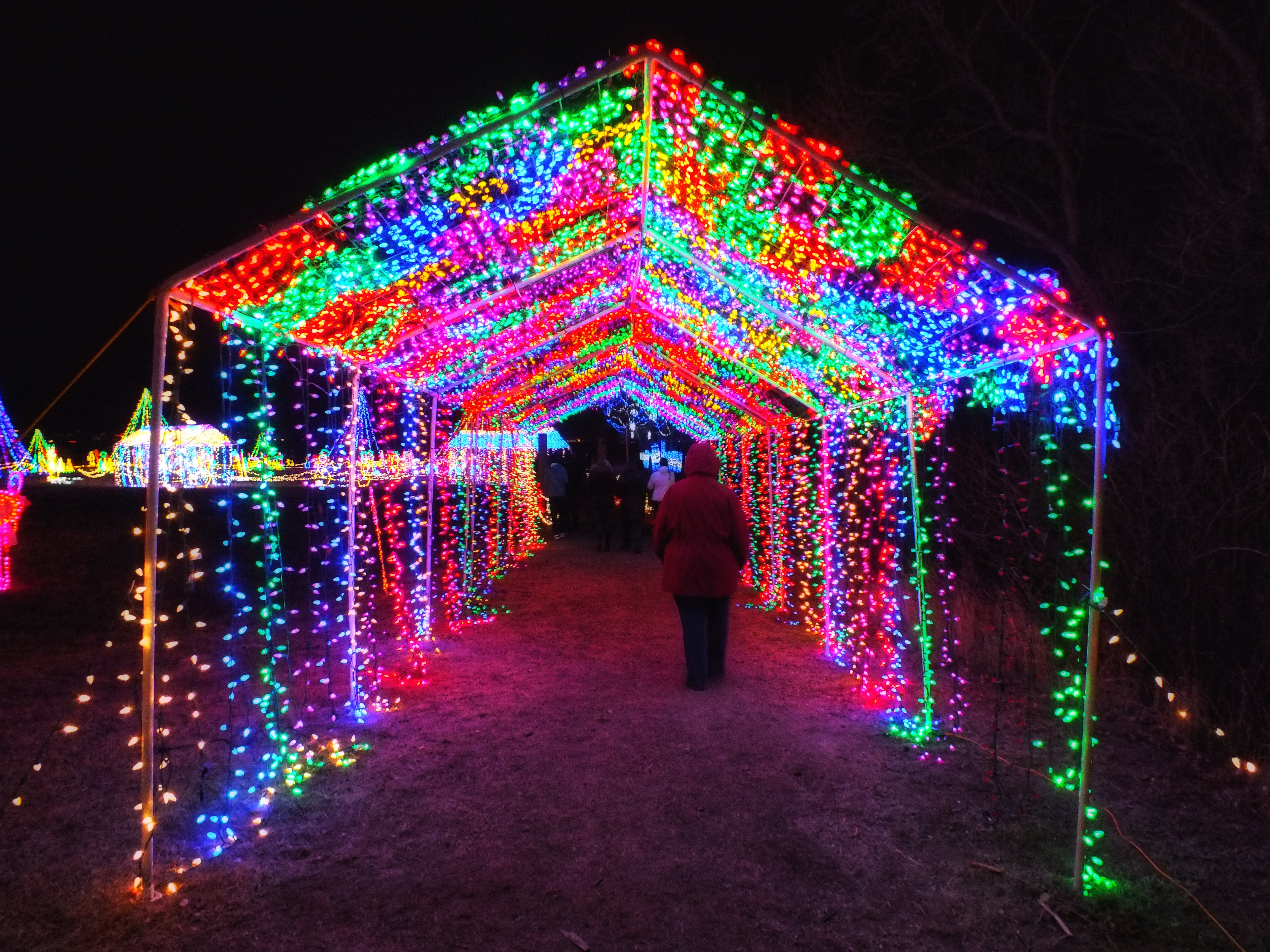 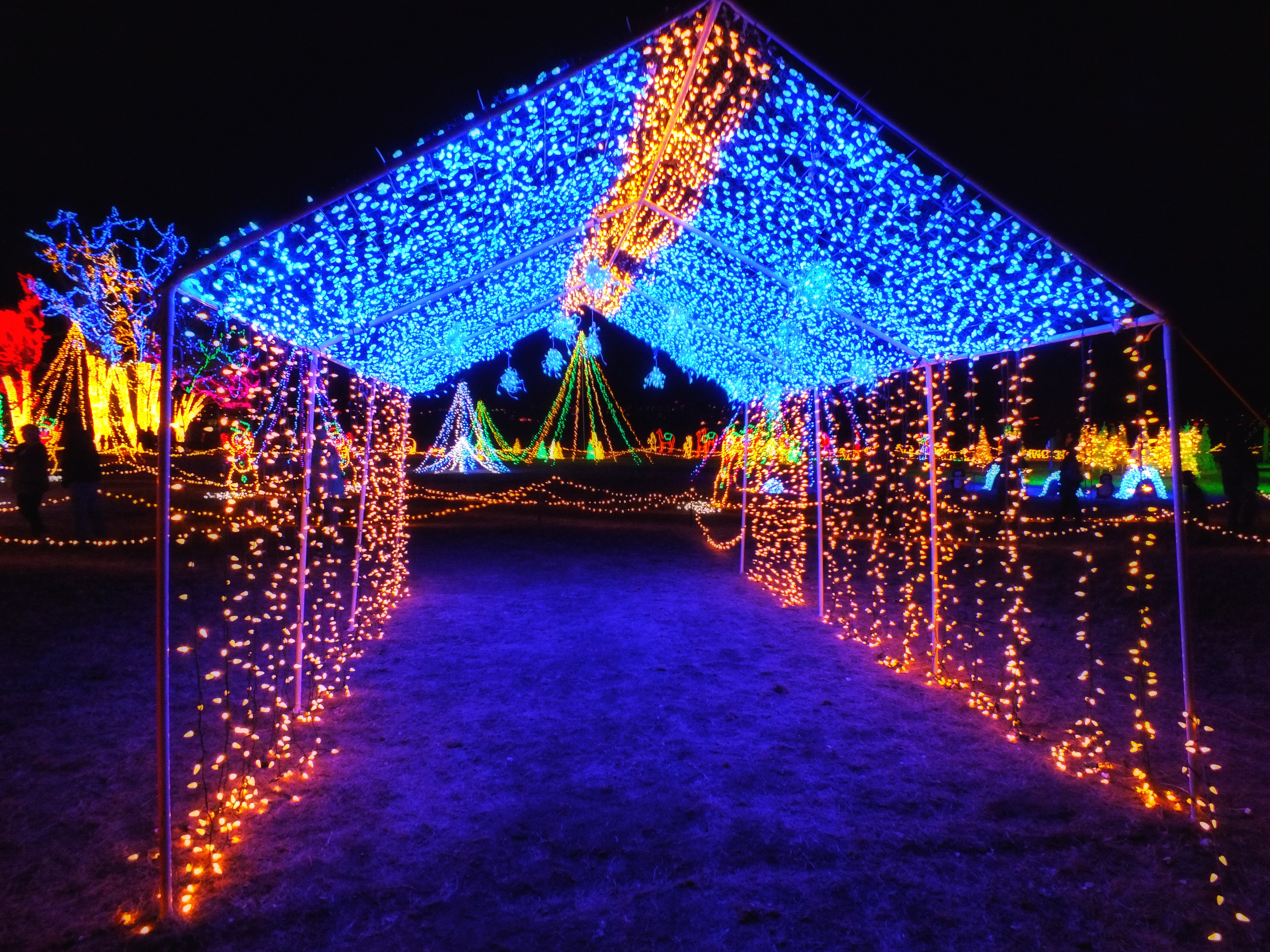 I started with this … 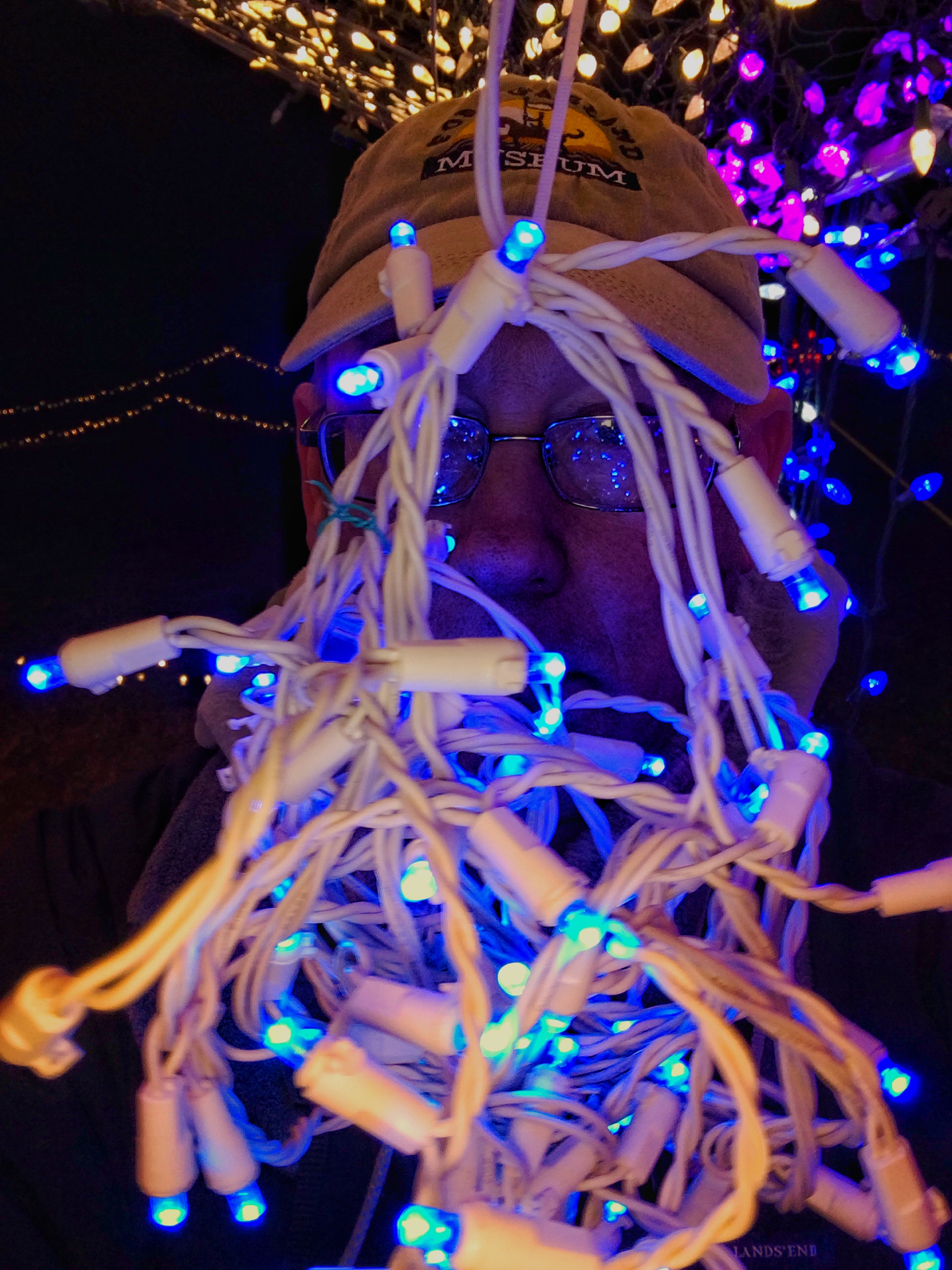 then went to this … 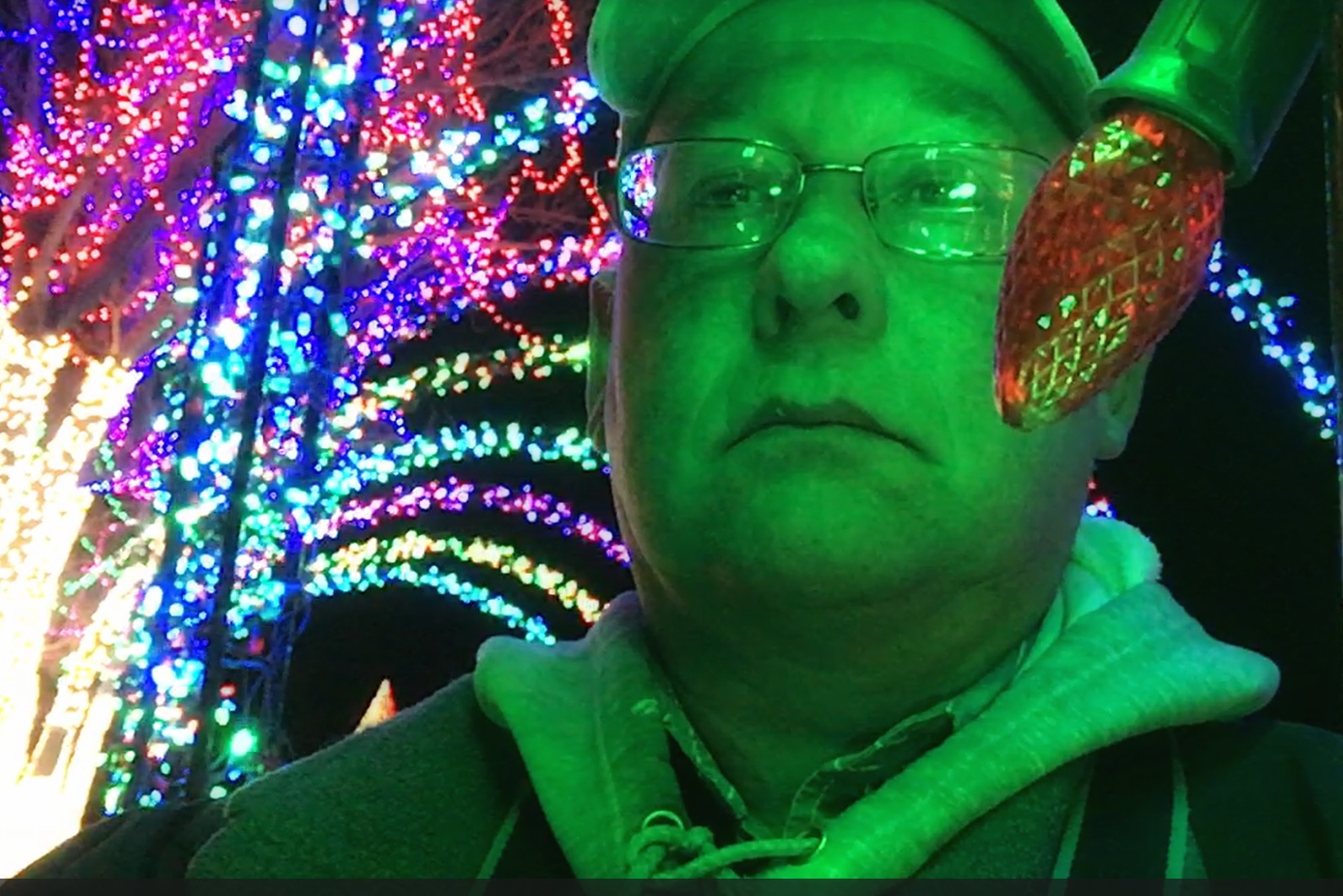 And ended with this.

Toward the end we walked through the Nazarene Nativity (or NAZARE ENATIVITY). 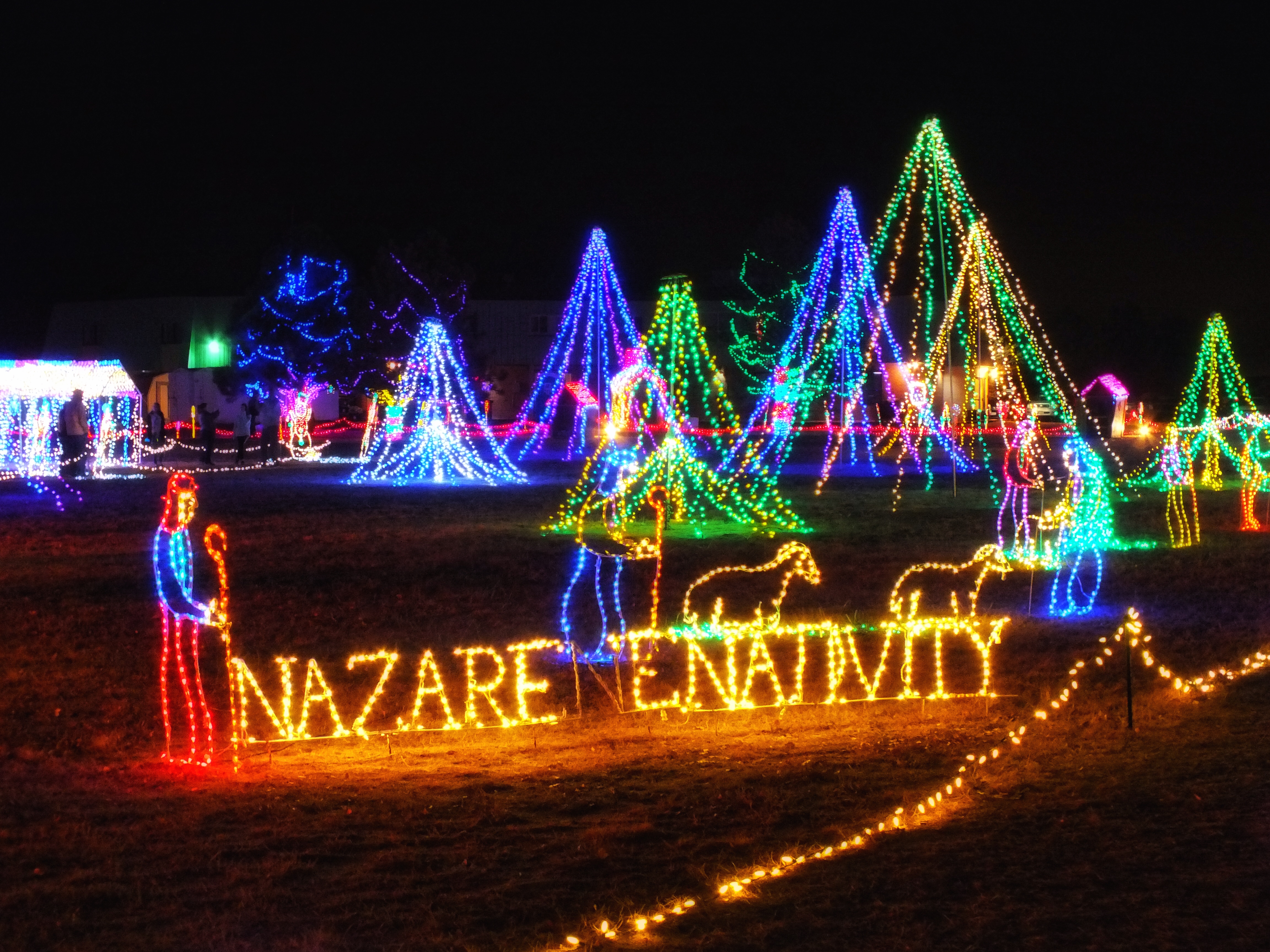 The actual manger scene was a small cluster of white lights that were easy to miss if you weren’t looking for them. We walked down a row of colorful shepherds, wise men, and animals, including the nativity chickens and a small-headed cow with a purple udder. 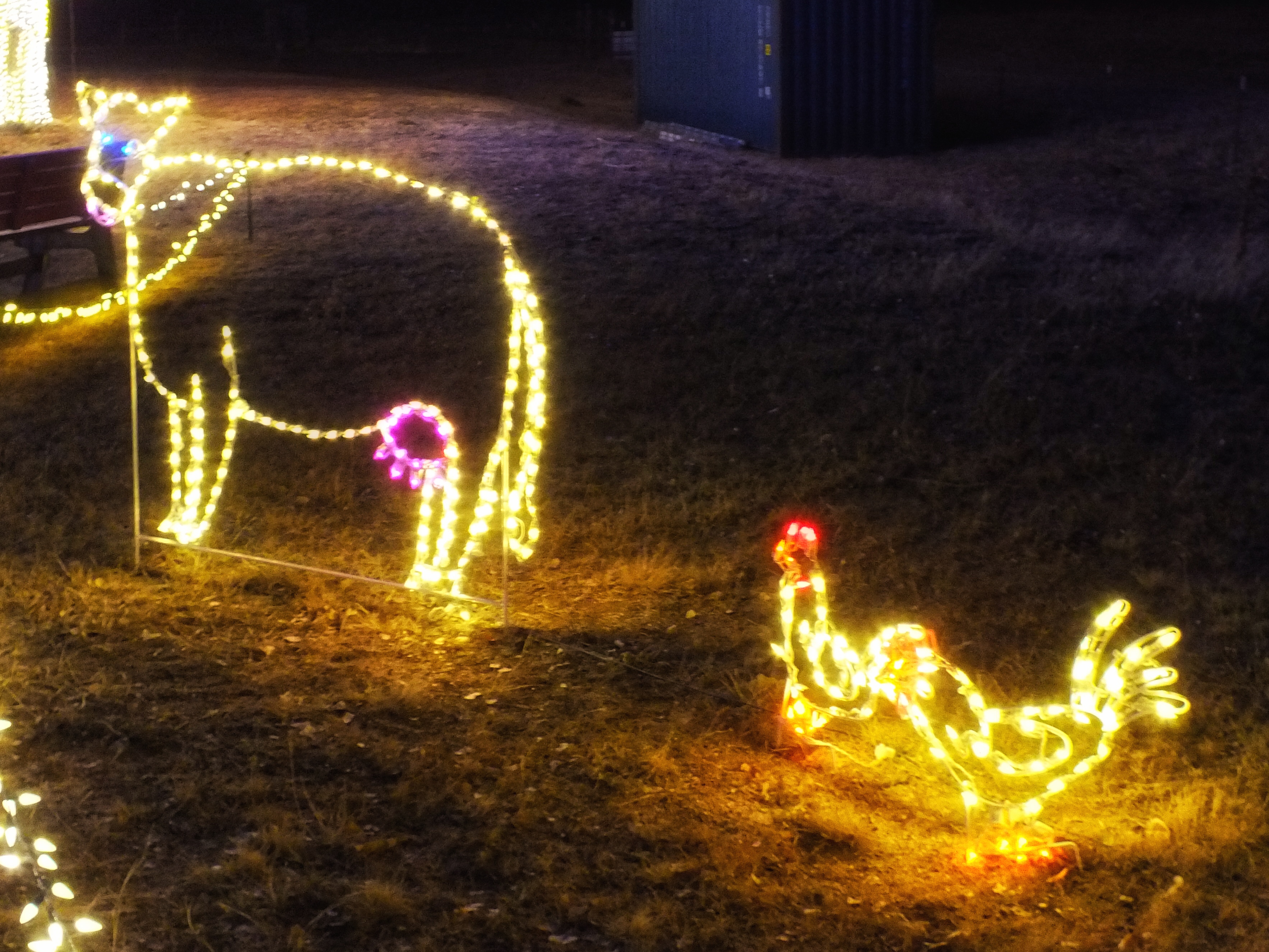 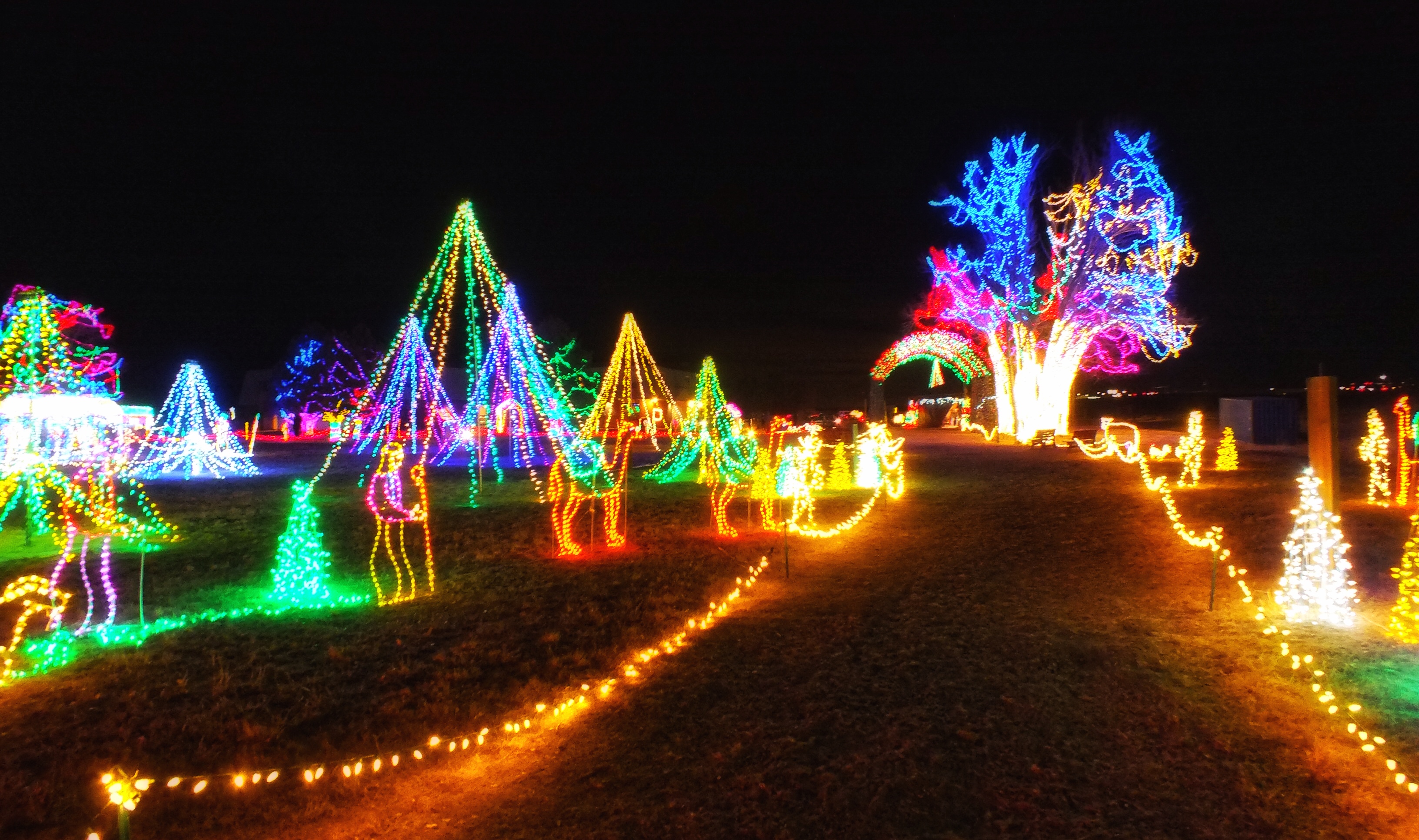 And that was it. Some of the lights were synchronized to Christmas music. The whole thing took maybe 20 minutes to see. It wasn’t awful. We decided it would have been worth $2.00 each. And it would have been more impressive with snow. There was a tent at the end with hot chocolate and cookies for sale. At least half the people in the park were inside, clustered around some outdoor fireplaces cooking s’mores.