Inside the Ohio Statehouse

After my circumperambulation of the Ohio state capitol, I wandered inside. The lower level, or at least those parts of it I had access to, were given over to displays and artifacts related to Ohio history. 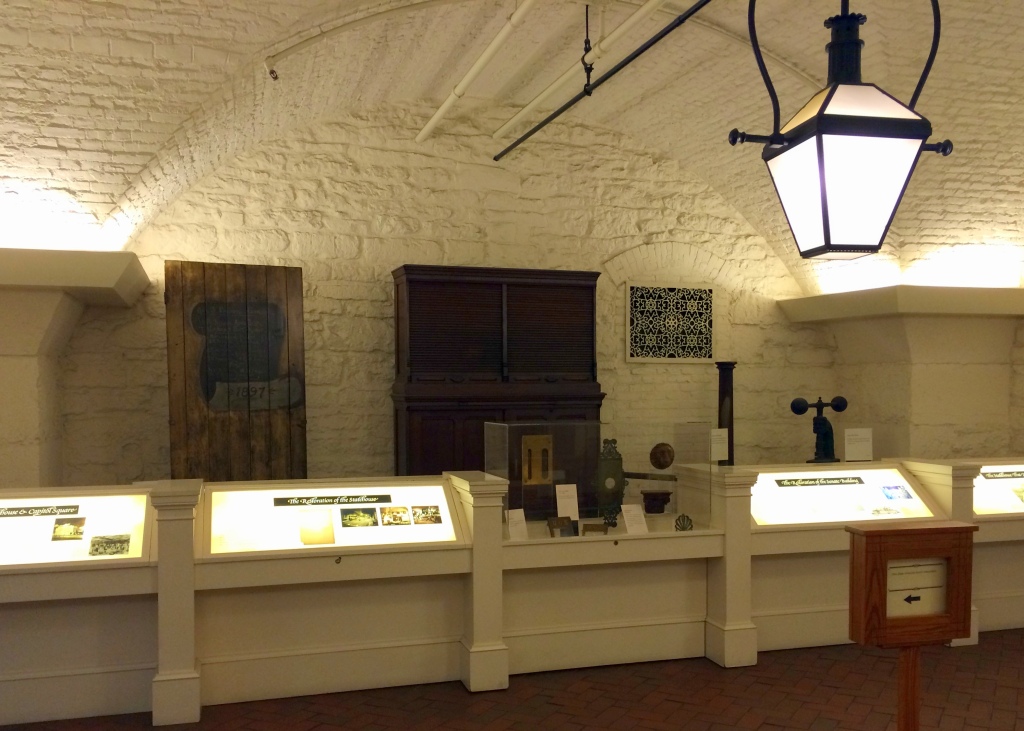 The first room had a county map of the state on the floor. 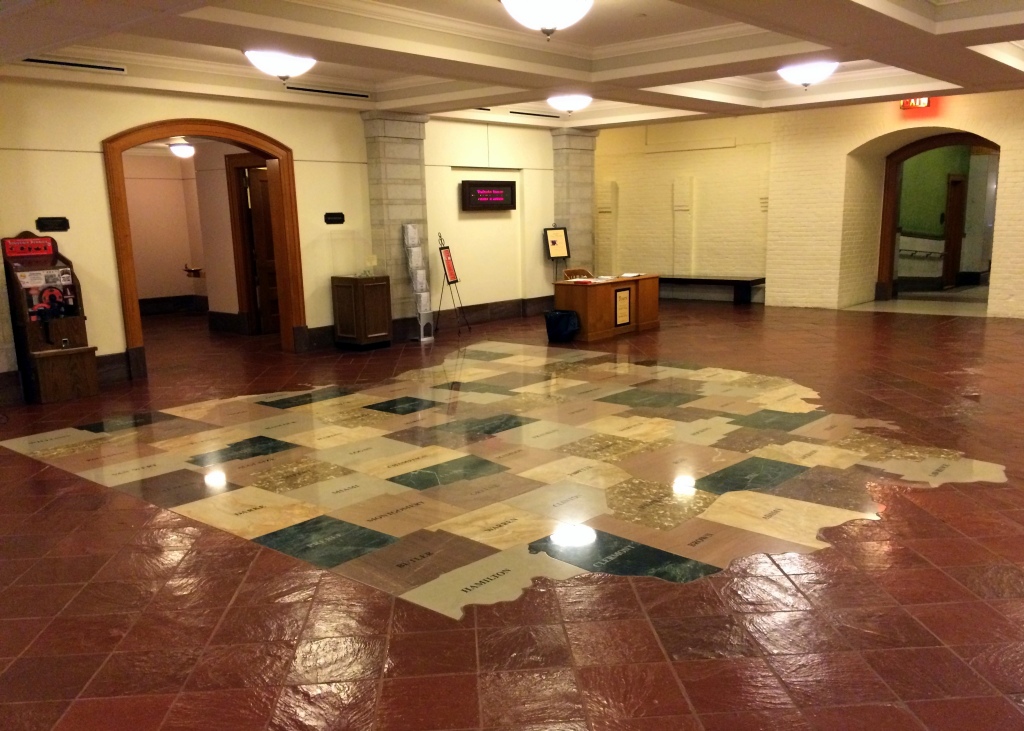 A replica of the Liberty Bell. 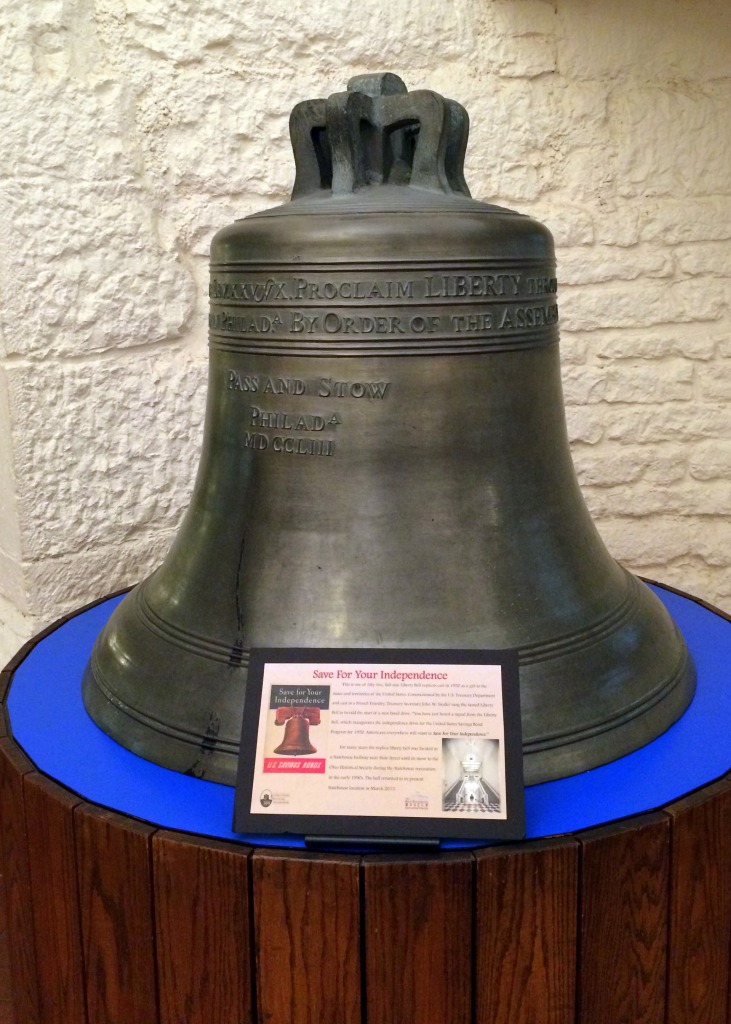 A stagecoach was tucked in a corner next to a stairwell to represent the way people traveled to the capital when the statehouse was first built. 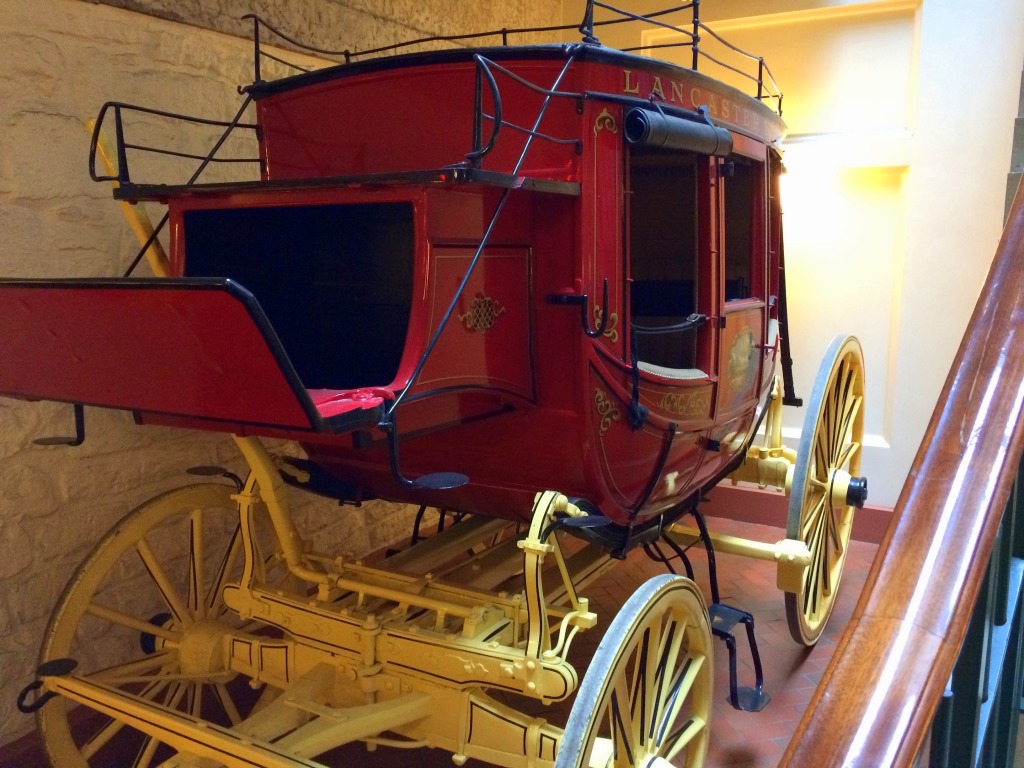 I took the elevator  up a level to the rotunda. This is the rather odd skylight in the weirdly-abbreviated dome.

There were several giant paintings, most of which looked vaguely familiar. The top one is The Battle of Lake Erie — Perry’s Victory. 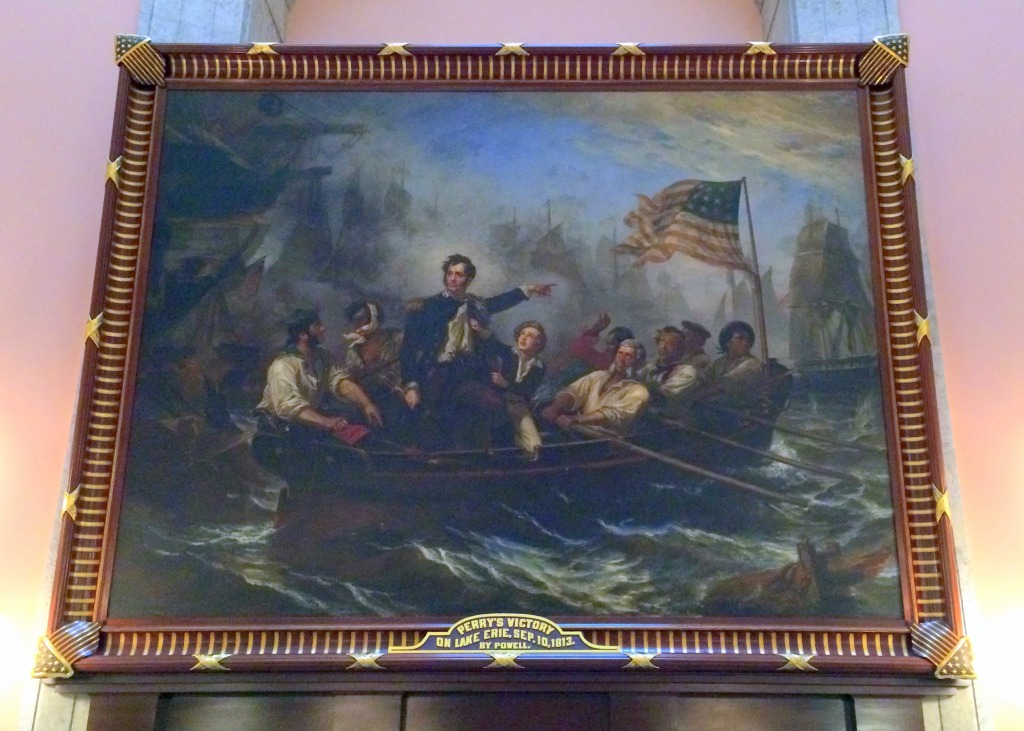 The Treaty of Greene Ville 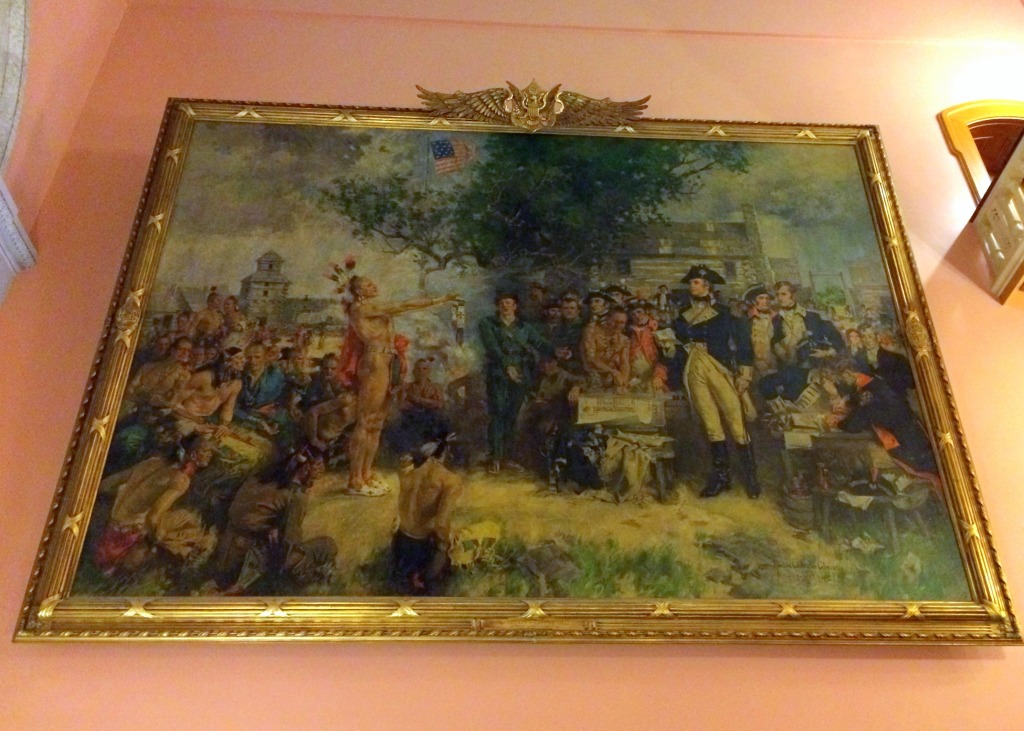 Dawn of a New Light 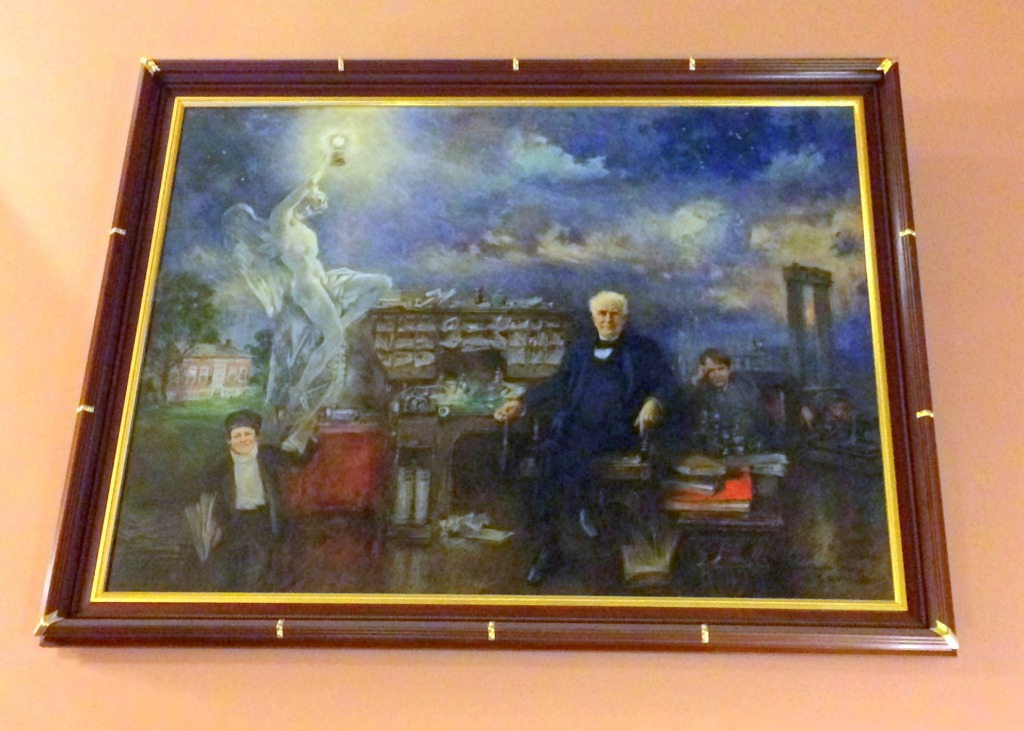 The Lincoln-Vicksburg Monument, commemorating the 1863 Civil War battle with a phrase from Lincoln’s second inaugural address. 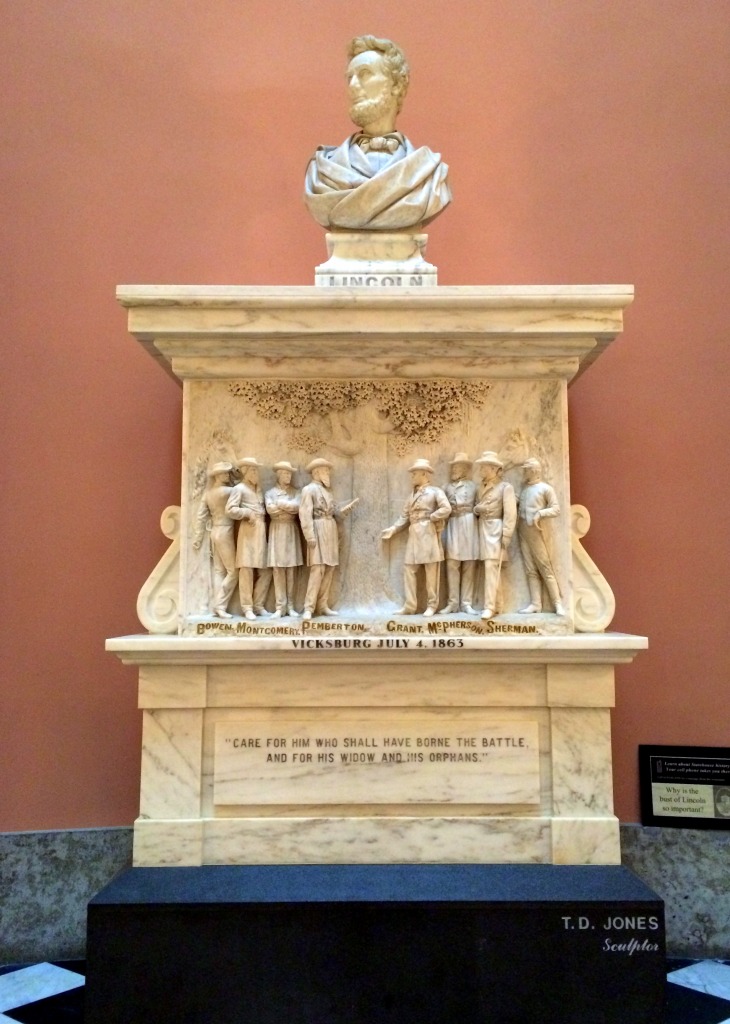 A statue of Thomas Edison which will be moved to the National Statuary Hall in the United States Capitol in October, 2015 to take its place with other statues of great Americans. 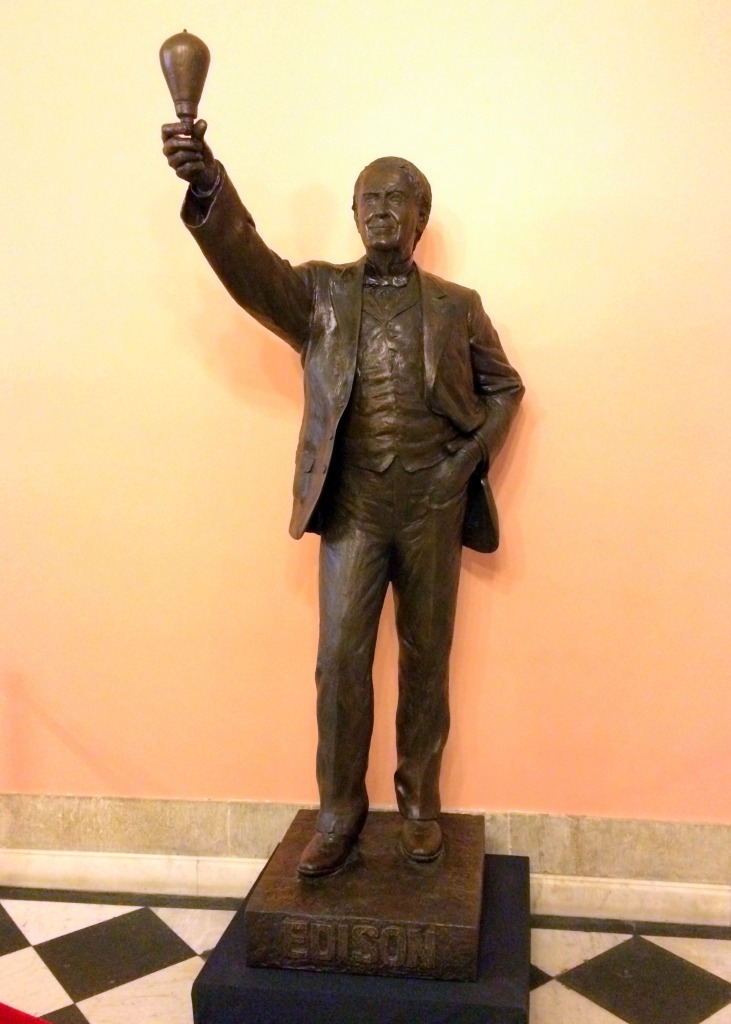 There was much more of this type of thing, and it was fun to wander around and look, but I didn’t have time to take the guided tour.