It snowed much of the day, so we decided to stick close to home. We drove to downtown Colorado Springs and ate an early supper at King’s Chef Diner. 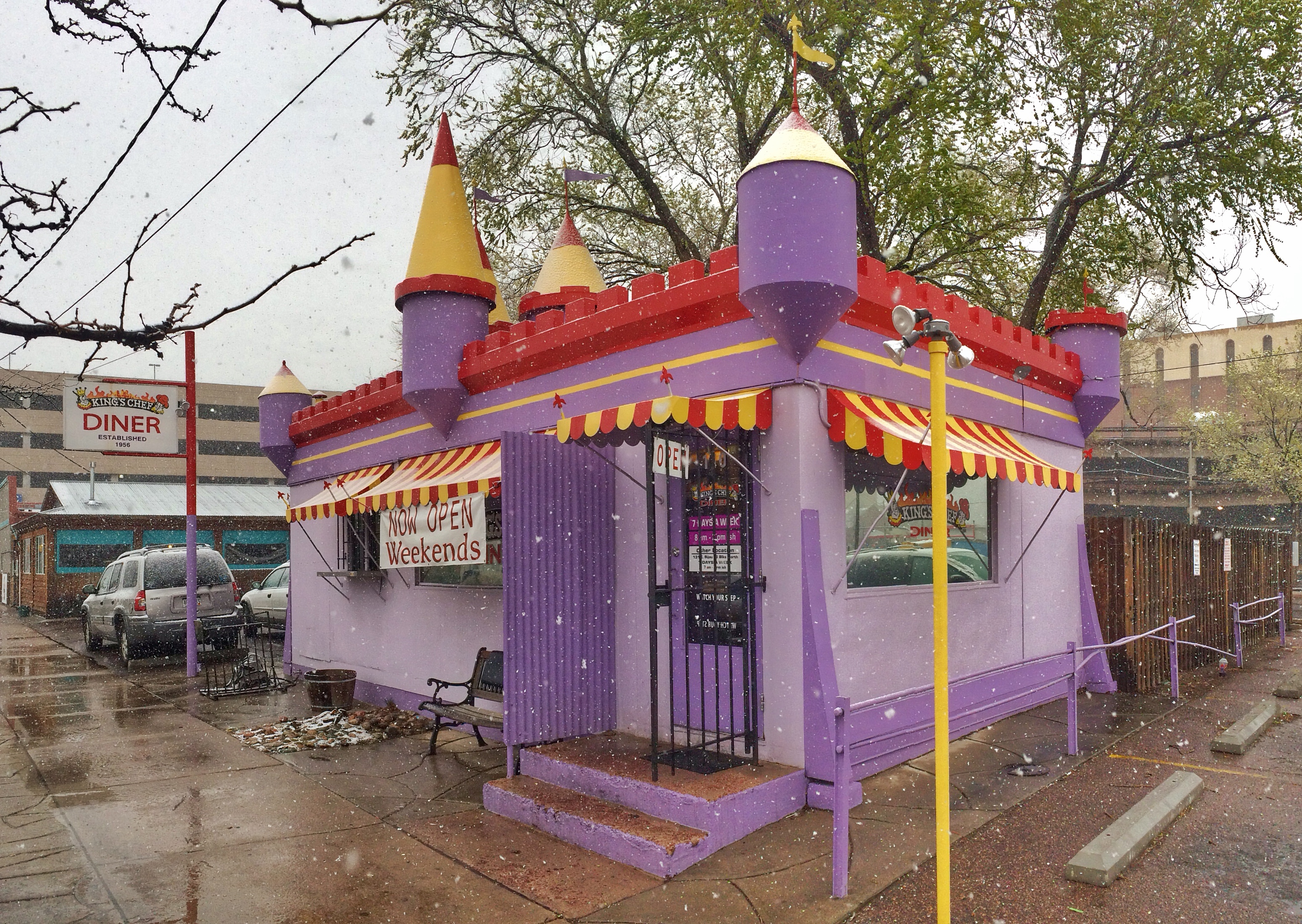 It’s as tiny inside as it looks outside. There are only 14 stools, 10 of them along the counter and four along the window. When we entered, there were two open seats, but they weren’t together. A woman sitting by the door called this to the attention of Cassandra, the server. Cassandra had two guys do the “Diner Shuffle,” and they moved down so we could find seats at the corner. 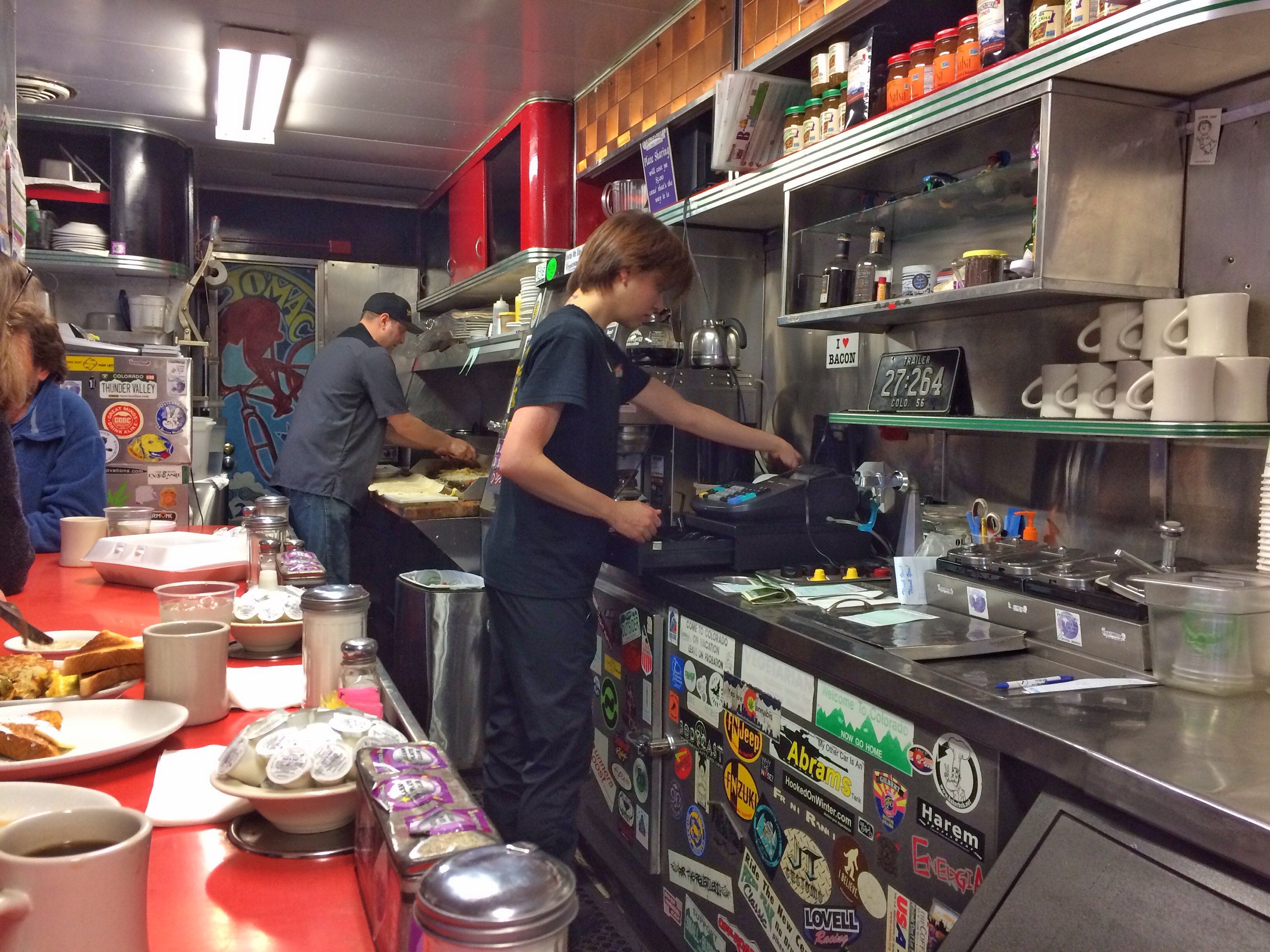 The woman who got us our seats took it upon herself to tell us about the menu and warn us about how hot the green chili is. I ordered the “mini” half-size breakfast burrito with country gravy. 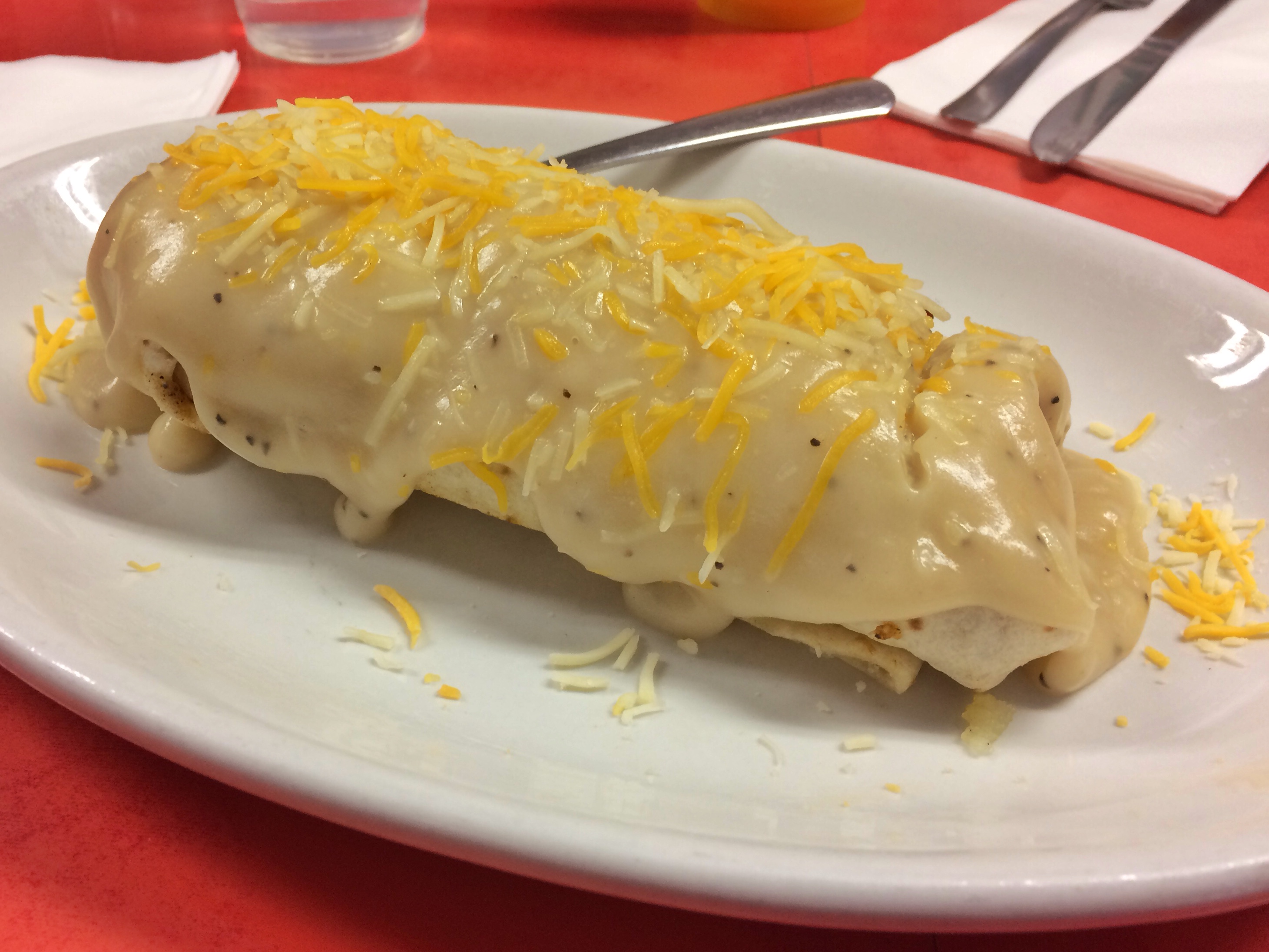 My wife got the “grump,” which was basically my burrito without the wrap. She ordered the ¼ size, which was still huge. The green chili was, in fact, very hot. And Cassandra asked her if she wanted Tabasco Sauce to put on top of it! 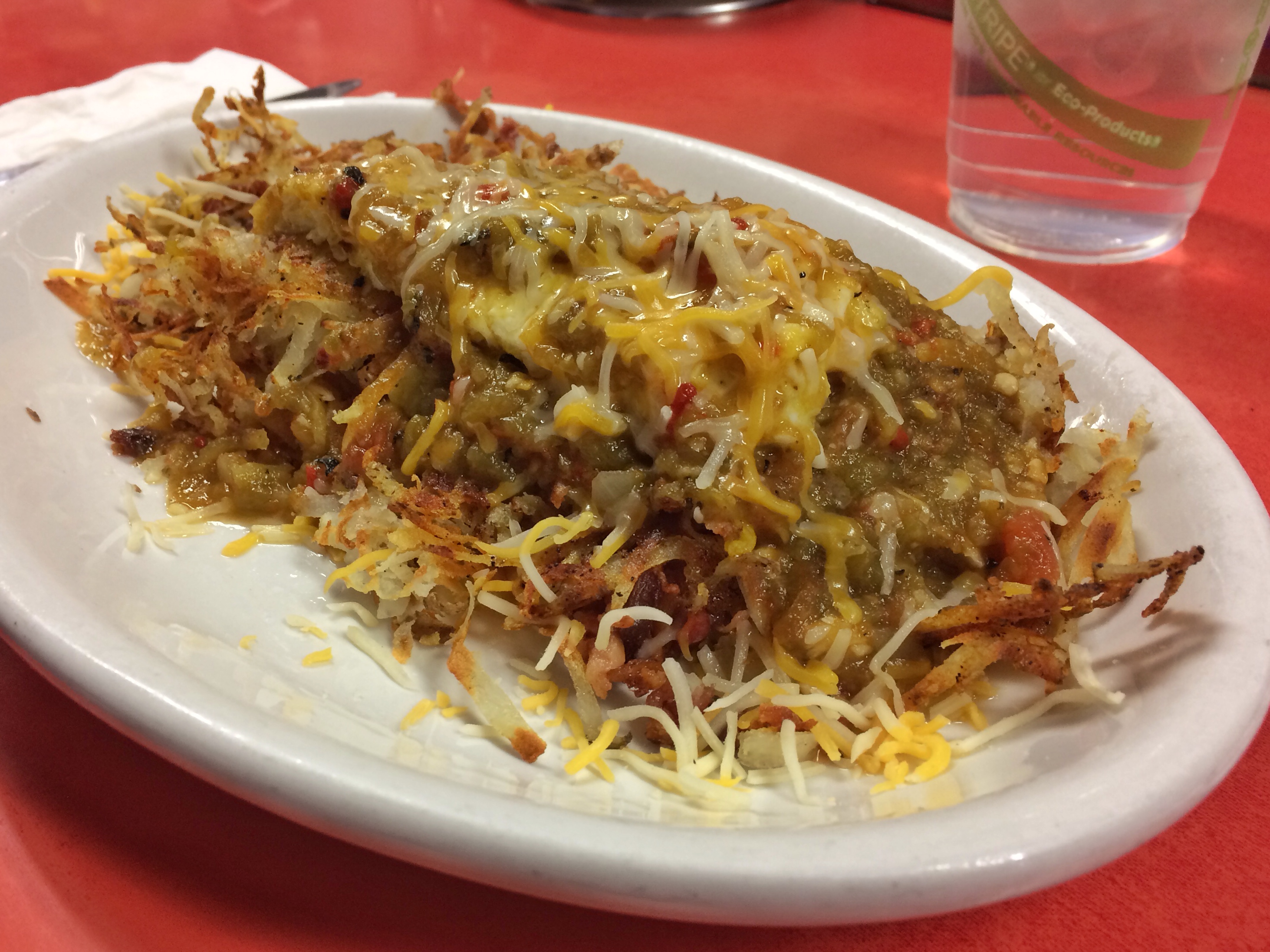 Our friend left and another couple came in. The woman announced to the entire place that it was her husband’s birthday and that it always snows on his birthday. She ordered the same thing my wife had and an order of French toast and they compared their experiences. Then another couple came in, and we all did the Diner Shuffle to make room for them. They were from Massachusetts and moved to The Springs two years ago. I warned them about the chili. Since all of us were basically sitting in each other’s laps, it seemed perfectly normal to chat with everyone. 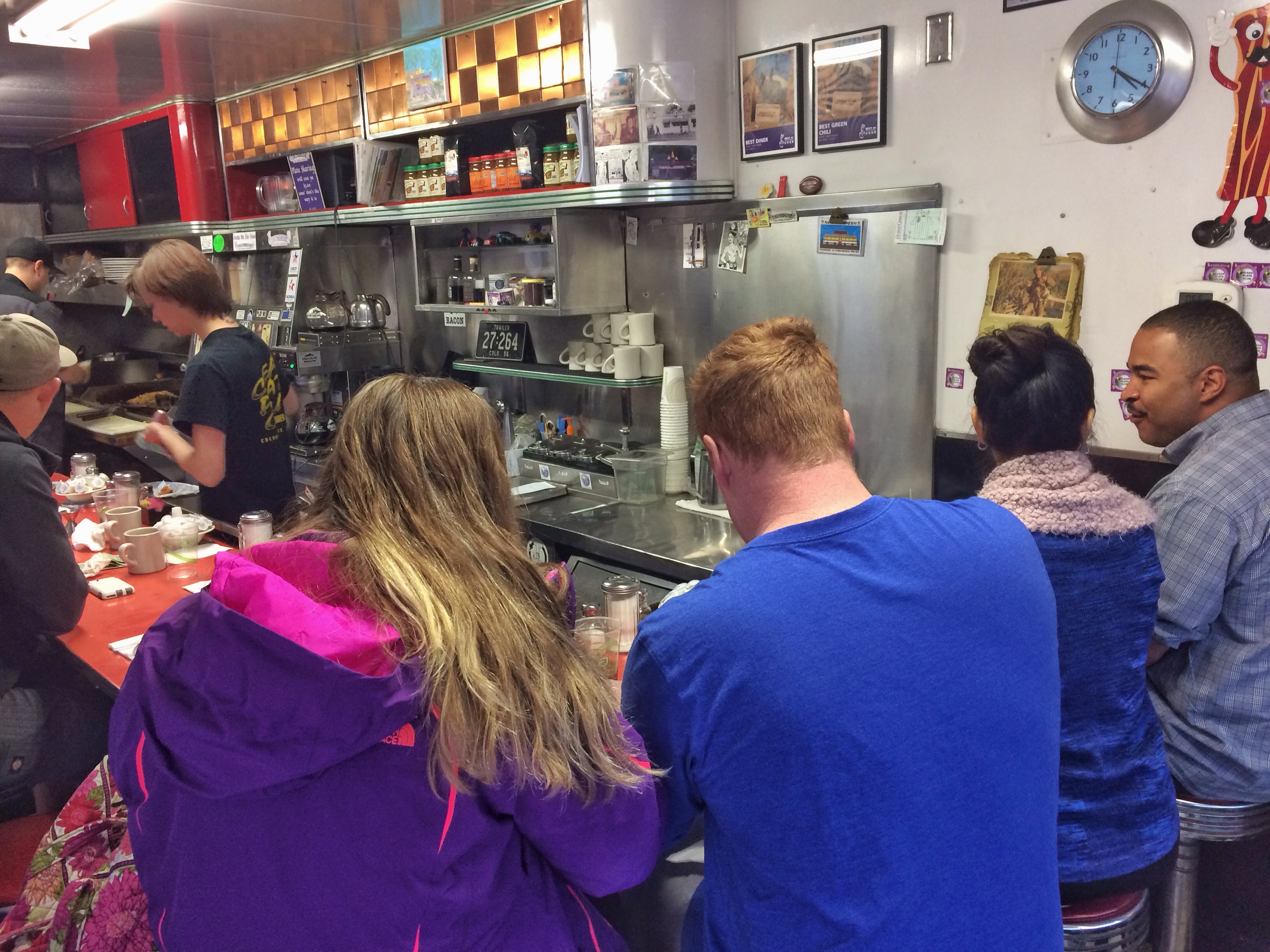 I think next time I’d order the ¼-size Grump with gravy and split an order of the French toast. But the food is only secondary. The cool thing was the way total strangers from very different backgrounds instantly became friends, if only for 15 minutes.

Later in the day, after we toured the Money Museum (next post), the snow really picked up. So of course I thought … ice cream. We drove to BJ’s Velvet Freez. I got a chocolate dip cone and my wife got a turtle sundae. The ice cream was creamy and delicious. 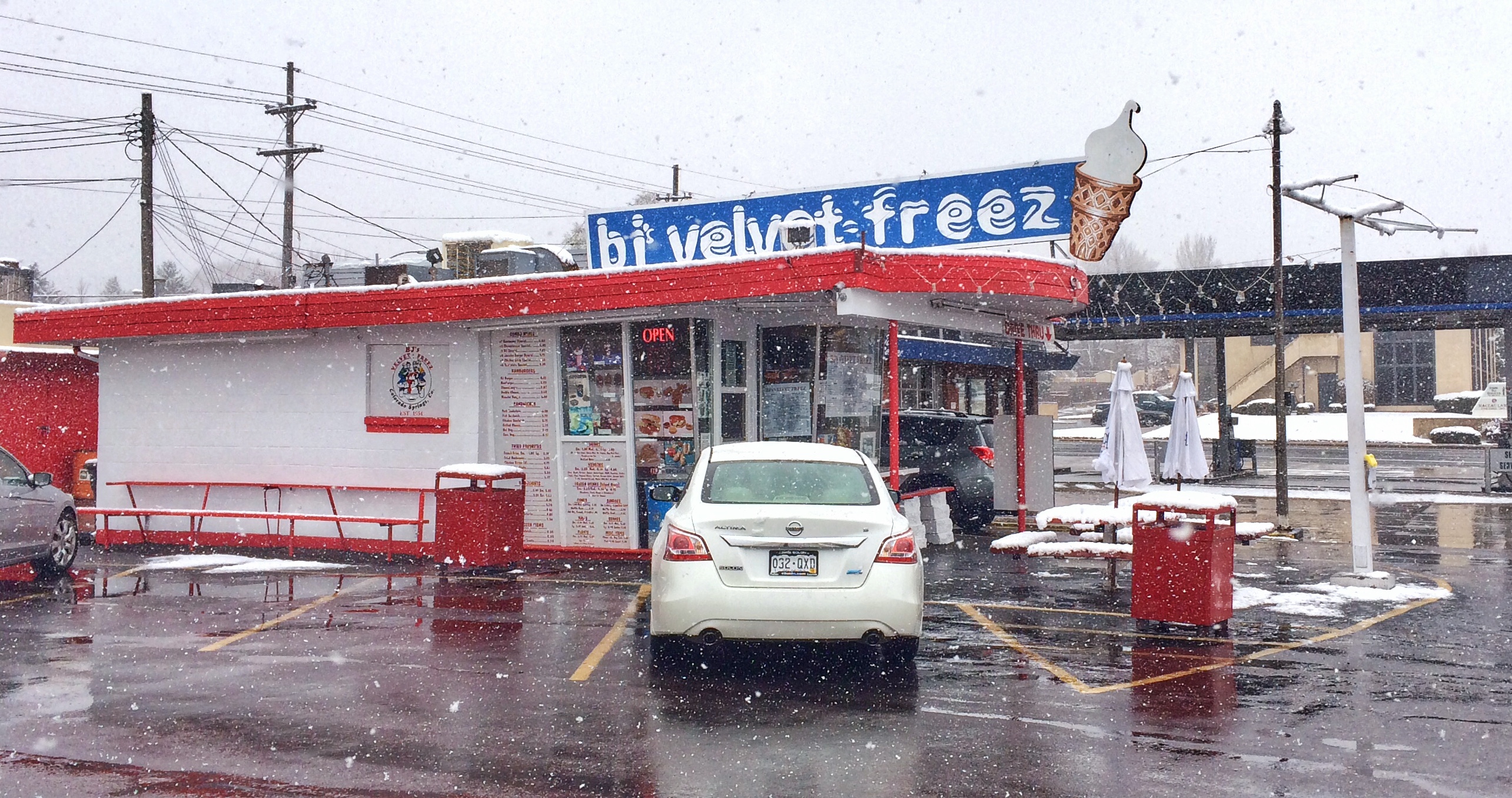 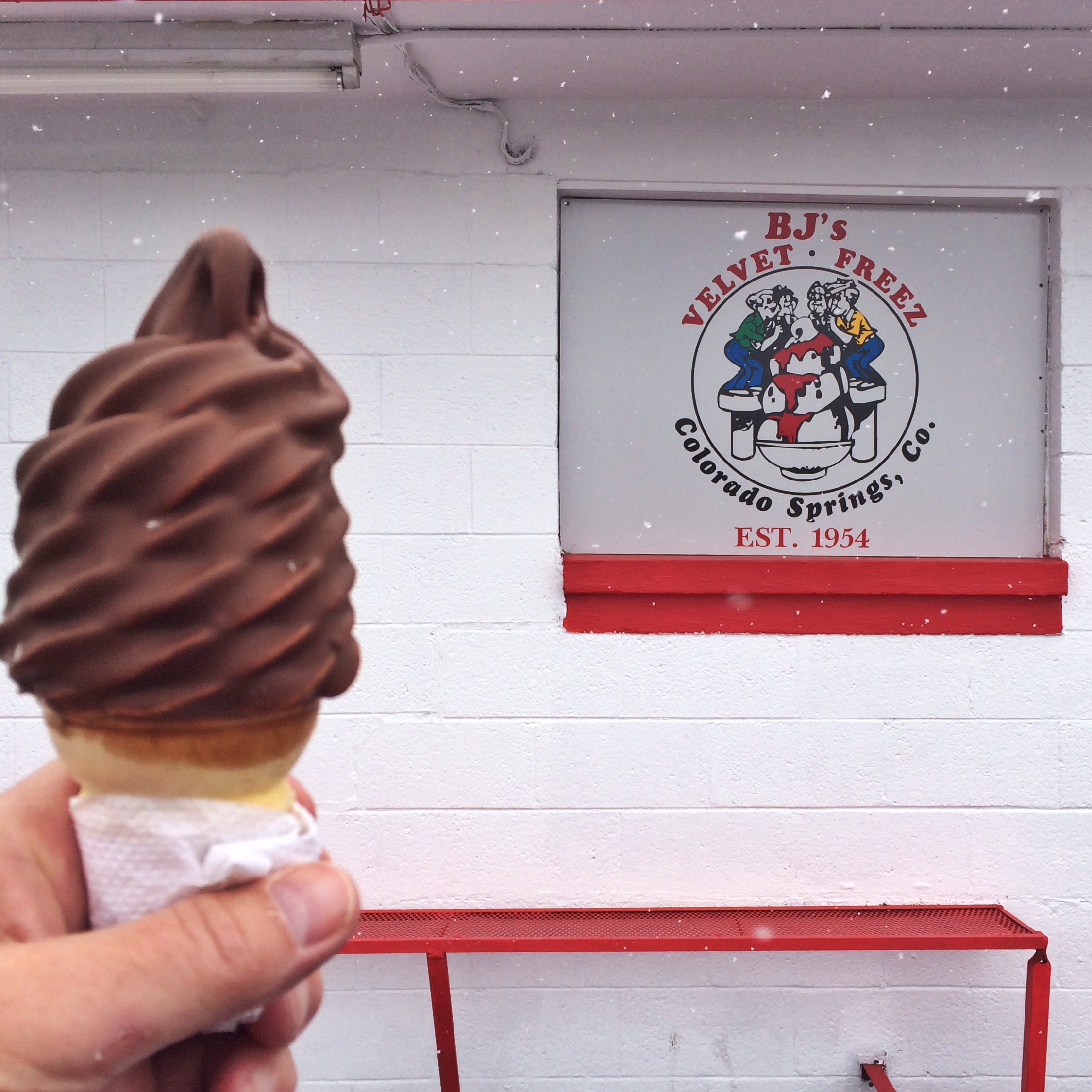