We drove 10 miles south of Charleston to see the farm where Abraham Lincoln’s father and step-mother lived from 1840 until they died (Thomas in 1851 and Sarah in 1869). We arrived half an hour after the park opened, but there were no other tourists. There were several workers building the stairs in front of the visitor center, which was closed.

Nobody paid the slightest attention to us as we walked through the construction area to the Sargent Farm. The Sargents had little to do with the Lincolns. Their farm, which was modern for its time, was located about 10 miles away. It was moved to the park in 1985 to show the contrast between the successful Sargents and the poorer Lincolns. The walkway leading to their farm was all torn up, and piles of building supplies and rubbish were scattered around. Nobody was around, and the grass was long — in other words, it didn’t look open either.

We wandered over to the Lincoln farm.

The original cabin was dismantled and taken to the Columbian Exposition in Chicago in 1892, then somehow lost. A replica was built on the original foundation in 1935. Here’s what the original looked like in 1883 and what the reconstruction looks like now. 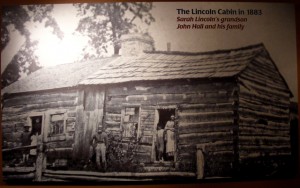 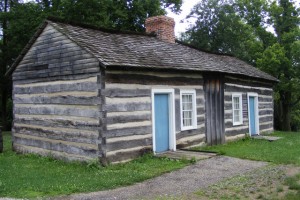 There were supposed to be costumed interpreters, but nobody connected with the park was anywhere to be seen. (I was told later that this was due to budget cuts.) Another tourist couple were wandering around. The woman tried the door of the cabin and found it unlocked. She pushed it open about three inches (until it stuck) and peered inside. After she walked off, I went over to take a look. I lifted the door as I pushed, and it opened easily.

Now of course it wasn’t supposed to be open. The park wouldn’t want people wandering around inside, stealing or damaging the furnishings or getting injured. So I did what any conscientious, concerned, law-abiding citizen would do — I ran back to my car and got the red chair. 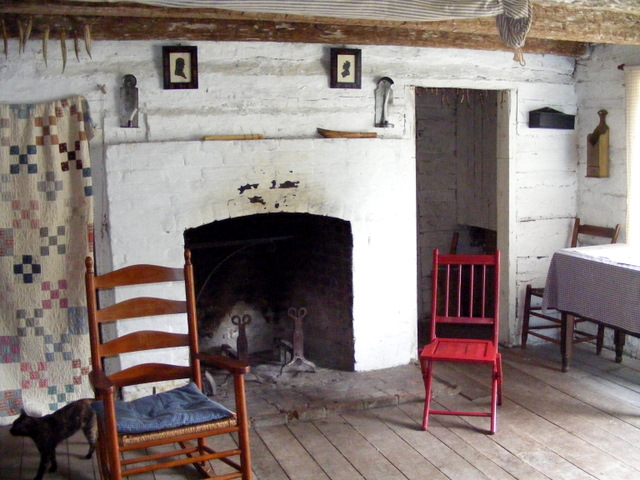 A cat friend sneaked into the picture above. 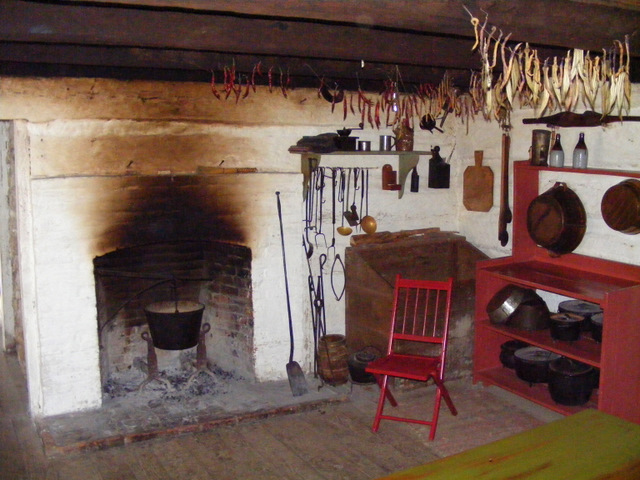 We didn’t stay inside long. None of the stuff actually belonged to the Lincolns, and we’ve been to hundreds of similar places. But as we strolled back to the car, we saw that the visitor center was open. The museum inside was well done and informative, somewhat of a surprise for Illinois.