After touring Lincoln’s home and tomb, we visited New Salem. The parking lot was jammed, including 15 buses. There was a McDonald’s in the visitor center, and the building could not have held another person. Kids were everywhere, yelling, screaming and generally being obnoxious.

We walked into the village and found that just as bad. Waves of kids, sometimes eight kids wide and 400 kids deep, were passing by. We couldn’t get near the buildings. It was awful. I was tempted to leave, but I noticed that most of the crowd was heading toward the exit. We walked to the far end of the park, then made our way back through the town. It was still busy, but not nearly like it had been. We saw eventually saw everything there was to see and were thoroughly exhausted when we finished.

This is the Henry Onstot Cooperage with Onstot’s house behind it. The cooperage is the only original building in the park — the rest are reproductions. 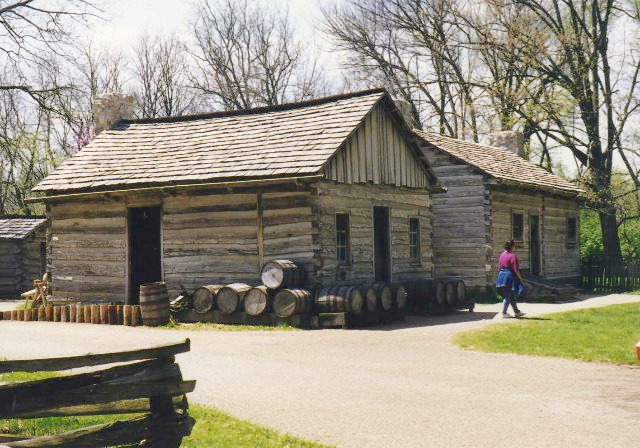 The second Berry-Lincoln Store with the Hill-McNamar house to the right. 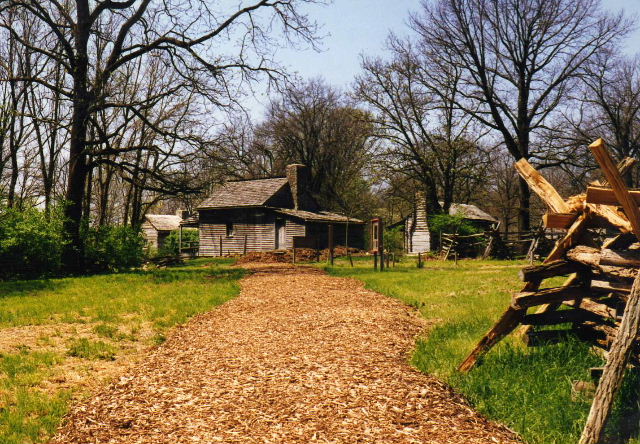 The Rutledge Tavern where Lincoln stayed for much of the time he was in New Salem. 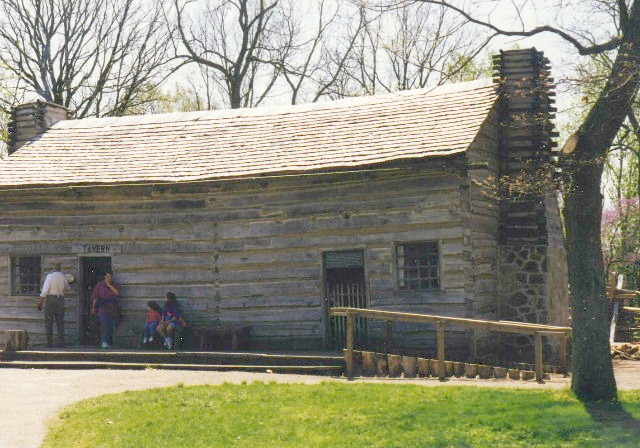