After visiting the Delta-09 site, we spent the morning touring the Badlands. At 1:00, we headed north to the headquarters of Minuteman Missile National Historic Site — which turned out to be a trailer in the parking lot of a Conoco gas station.

There wasn’t much to see there — one small room with a few items on display and a short video. We got tickets for the 3:00 tour of the Delta-01 Launch Control Facility. Which meant that we had two hours to kill.

The Conoco station advertised buffalo hot dogs, and since it was past lunchtime, we wandered over. We didn’t have many options. The two buildings were pretty much all there was to the town of Cactus Flats. 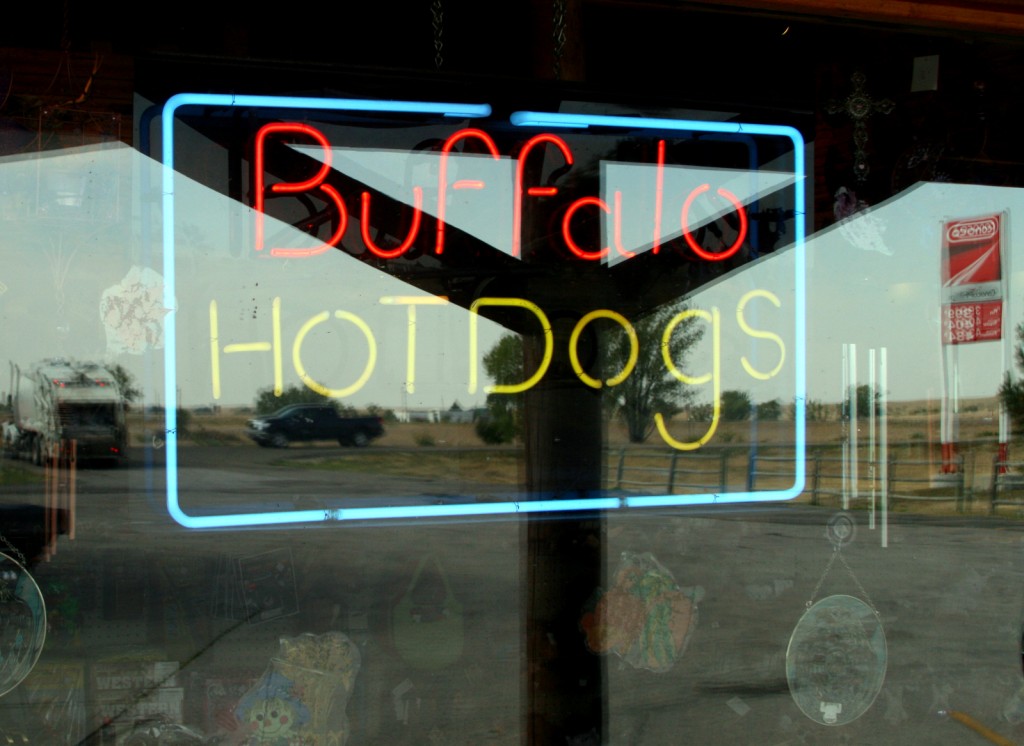 We sat at a table in the large gift shop and ate our hot dogs. This was the second time in one day that I’d eaten a sit-down meal in a gift shop, easily beating my previous record of none. The hot dogs were very good. 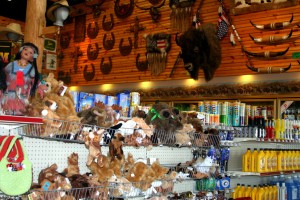 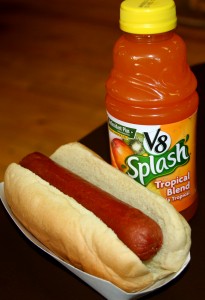 We got on the interstate and drove about four miles west and exited onto another dirt road. About a quarter mile off the interstate, we came to this building. 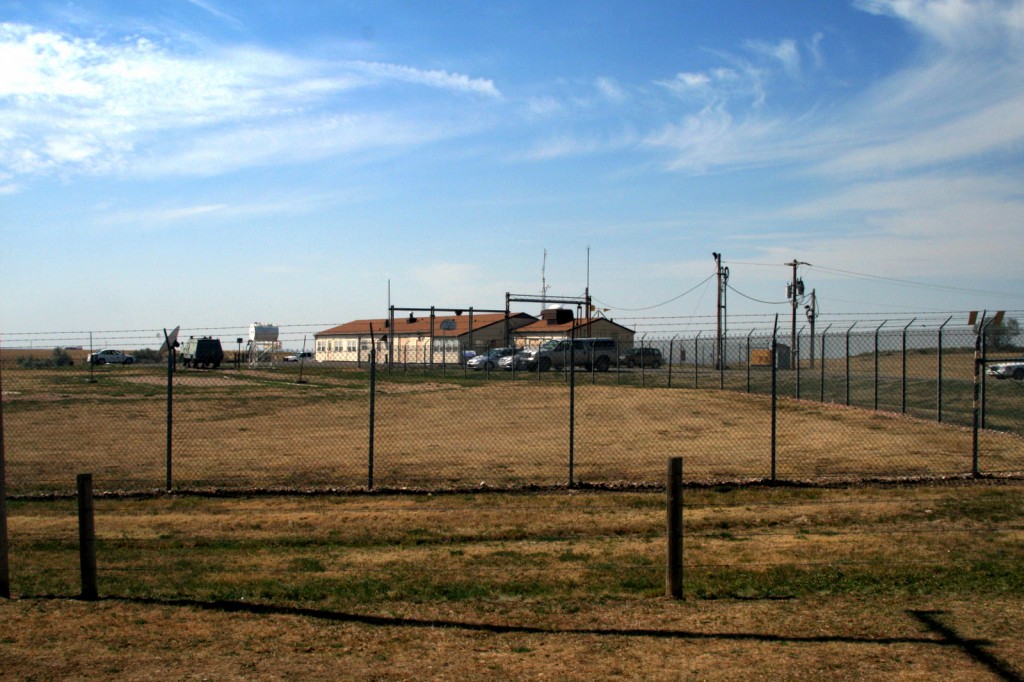 But before we could tour it, we had to wait another hour. We sat in the car and listened to old-time radio shows and drifted in and out of sleep. There was nothing in front of us except a short stretch of grass and a fence on top of a ridge beyond which we couldn’t see. Suddenly a donkey appeared from nowhere running at full speed along the fence until it was out of sight. About 10 minutes later it came back, jogging this time. It stopped in front of the car and let out a loud bray, then jogged off over the ridge. We had no idea what it was doing, but we appreciated the entertainment. 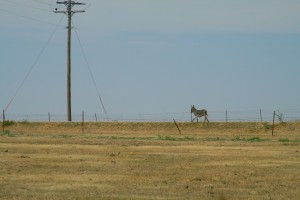 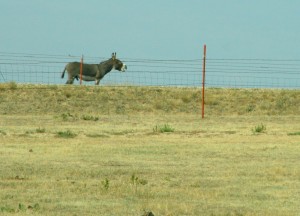 Three o’clock came and we got out of the car and waited by the gate with two other couples. While we waited, we got to see a guy in a very old truck empty the site septic tank, which was exciting. 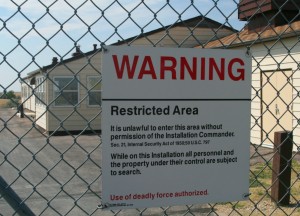 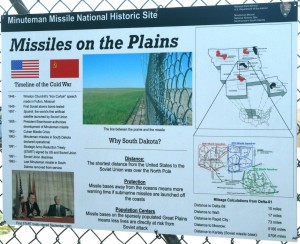 The back of the building. 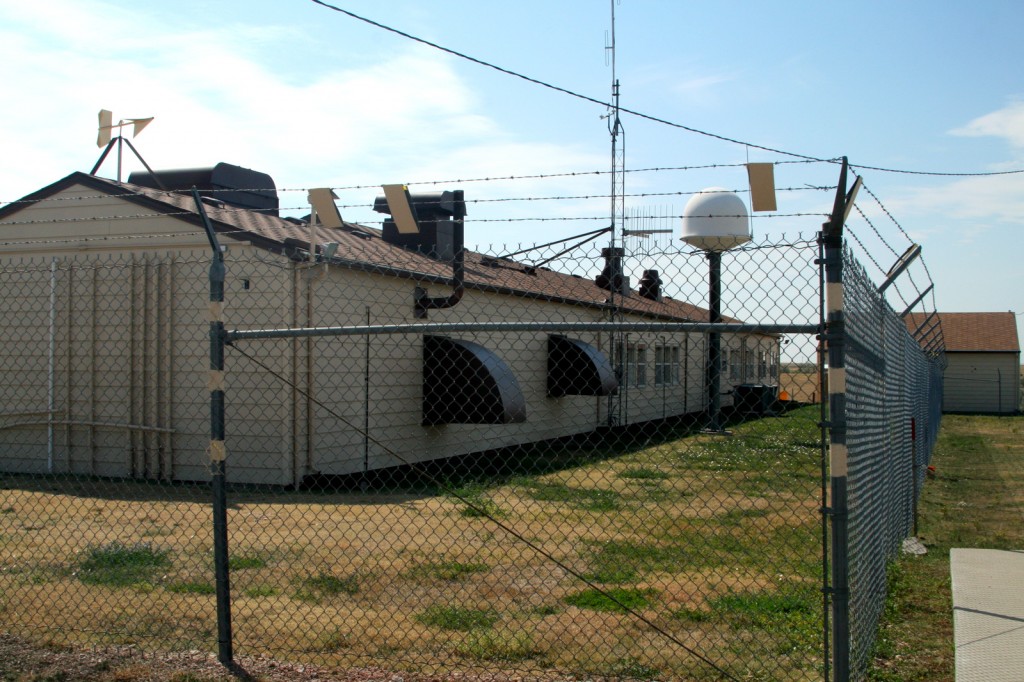 The tour before us finally ended at 3:15 and the six of us filed through the gate. Our guide was very enthusiastic. He asked each of us where we were from and what we did. One guy flew for FedEx. He was with his girlfriend from Alaska and they were on their way to get married. The other couple was from the Netherlands. The guy was a writer. When I said I was a writer too, the guide got excited and kept telling me that he hoped I would write about the Minuteman Missiles.

He said this about four times during the tour.

He pointed to the Delta Flight Peacekeeper vehicle parked nearby. He explained that the missile sites were unmanned, but if any security breach was detected, four security guys would hop in the truck and be there in minutes. I asked if there was ever an incident and the guide said there was one — in North Dakota. Three peace protesters climbed the fence by one missile silo with burglary tools. The guide laughed at this because the silos are built so securely that you would need several hours to get into one with a jackhammer. Anyway, when the security guys arrived, they gave a warning. Protocol was to give one warning and then use deadly force. Two of the guys dropped to the ground and surrendered. The other tried to run for the fence but was taken down by a shot in the leg. Nobody was killed, but after that, people pretty much got the message. 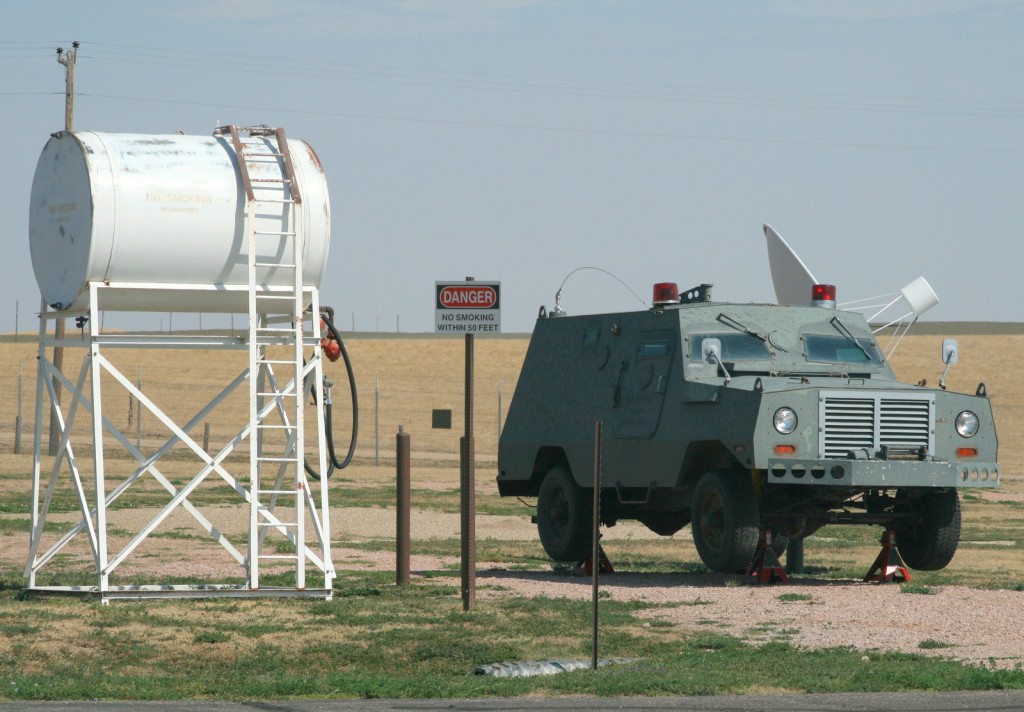 Nobody lived full-time in the Launch Control Facility. Rotating shifts would man it for a couple days each. They included the site commander, the security personnel and the facility maintenance men. The Air Force officers who manned the bunker down below rotated on 24-hour shifts and never mingled with the guys up top.

This is the C.O.’s room and the security personnel bunk room (with blacked-out windows). These guys were always ready to respond to an incident at one of the missile sites and had loaded weapons handy at all times. 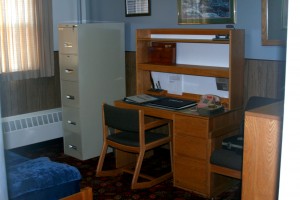 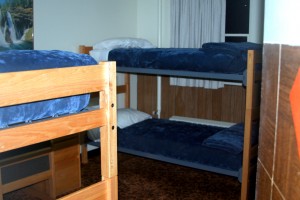 Two shots of the eating area and lounge. That’s our guide in the second photo with the couple from the Netherlands. We were told that everything in this building is exactly the way it was when the site closed down, including the magazines and video tapes. Since this just happened in 1991, it wasn’t terribly exciting yet. 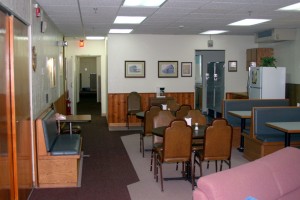 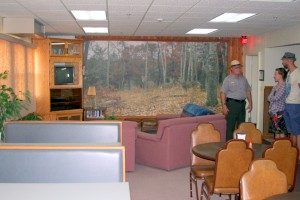 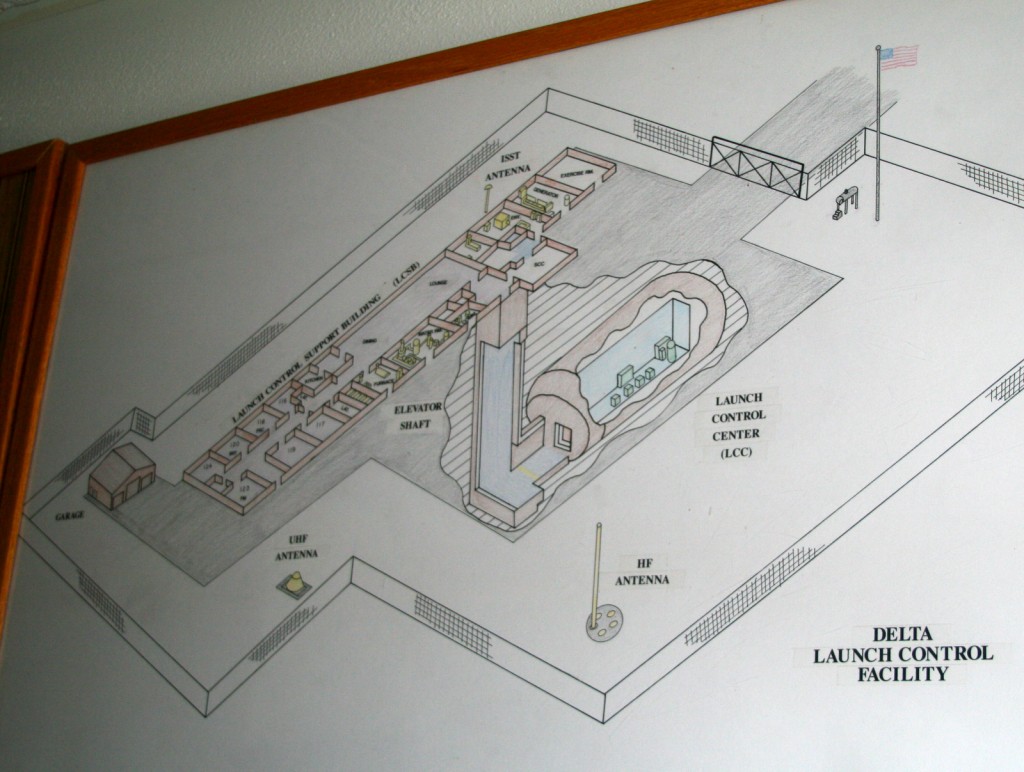 The seven of us crammed (which is why tours are limited to six people) into the elevator down to the bunker. Propaganda artwork was painted on the walls to keep up morale. 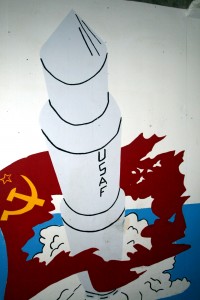 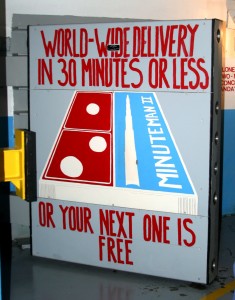 The bunker had to be able to withstand any ground attack and even a nuclear blast. That’s why the door was this thick. 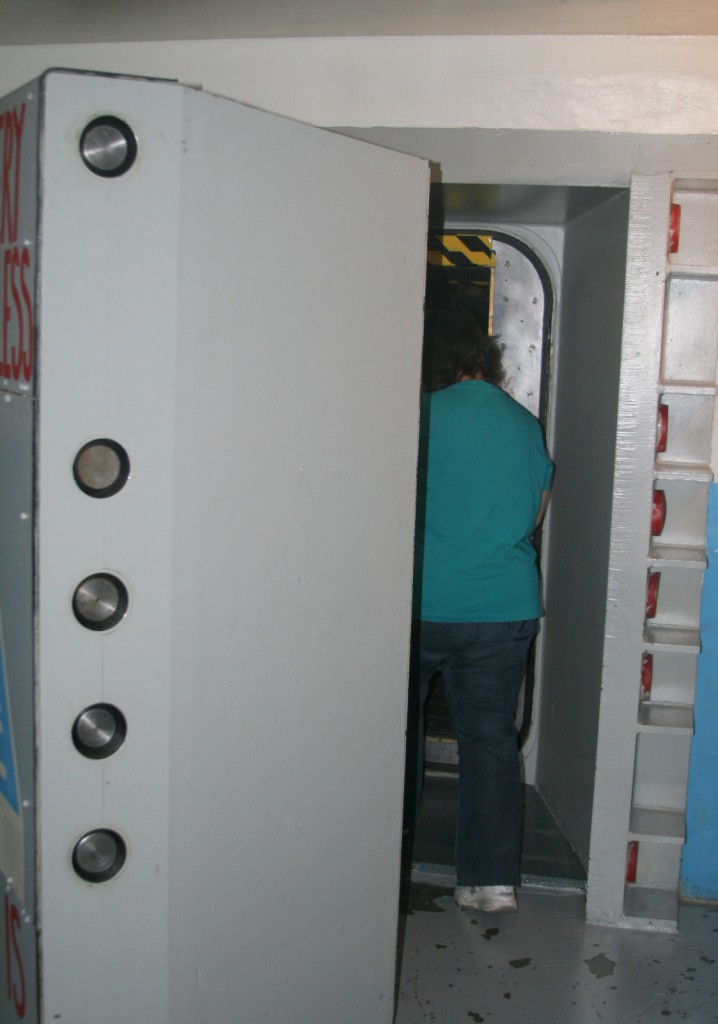 The inside of the bunker was perhaps 40-feet long and 15-feet wide. The entire thing was designed to be able to move with an earthquake or bomb blast. During alerts, the two officers who manned it were belted into chairs that moved on tracks to they couldn’t be thrown from their positions. 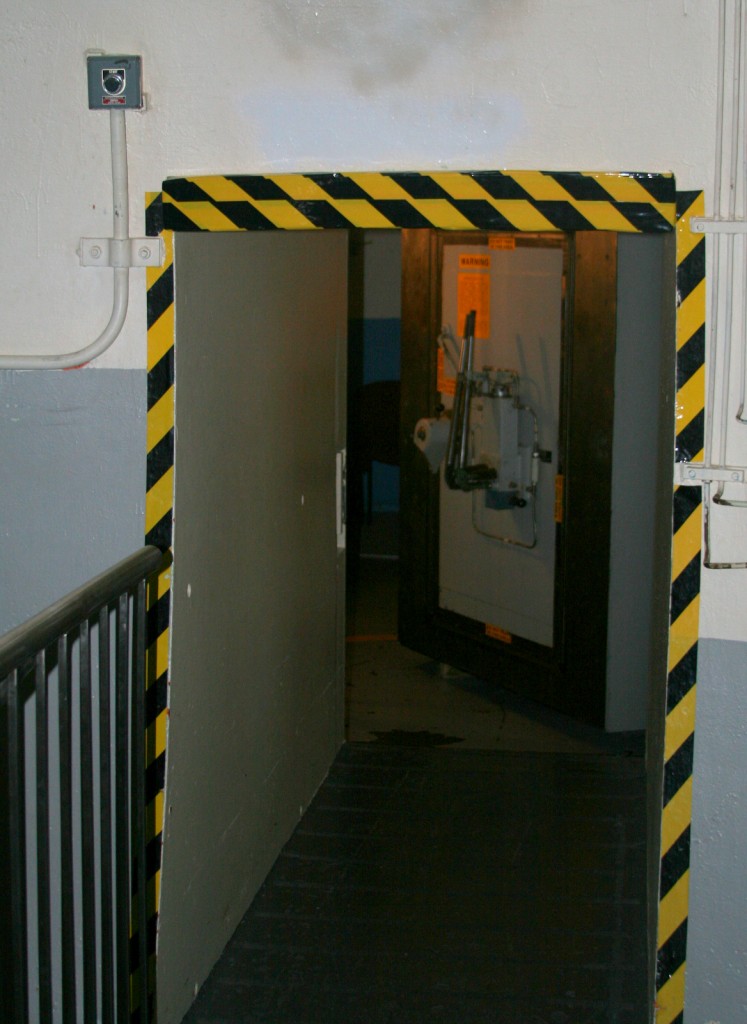 The bunker had a bed, a toilet and facilities for some limited cooking. One of the crews had rigged up a car cassette player in the corner so they could listen to music during their 24 hours of lock-down. 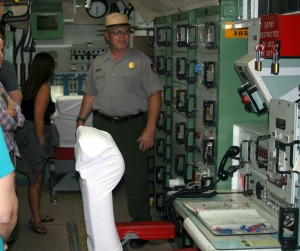 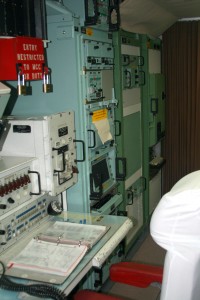 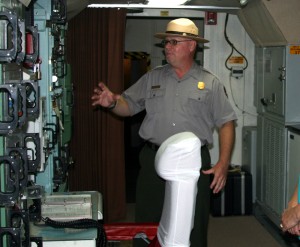 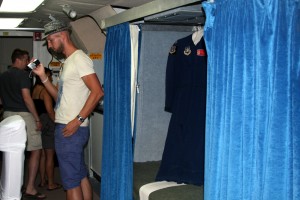 To launch a missile, the two officers in the bunker would have had to turn two keys simultaneously. The keyholes were 15 feet apart so no one person could launch a missile. 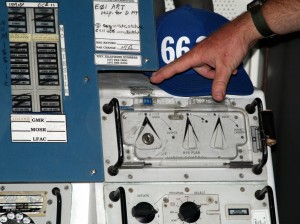 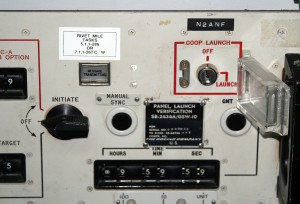 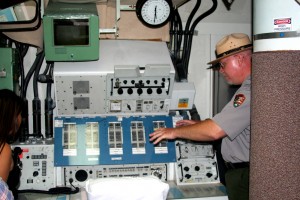 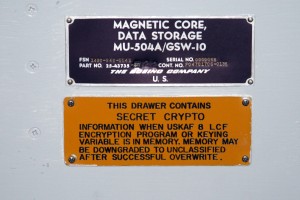 Here’s a photo of the bunker being installed to give an idea of how big it was. 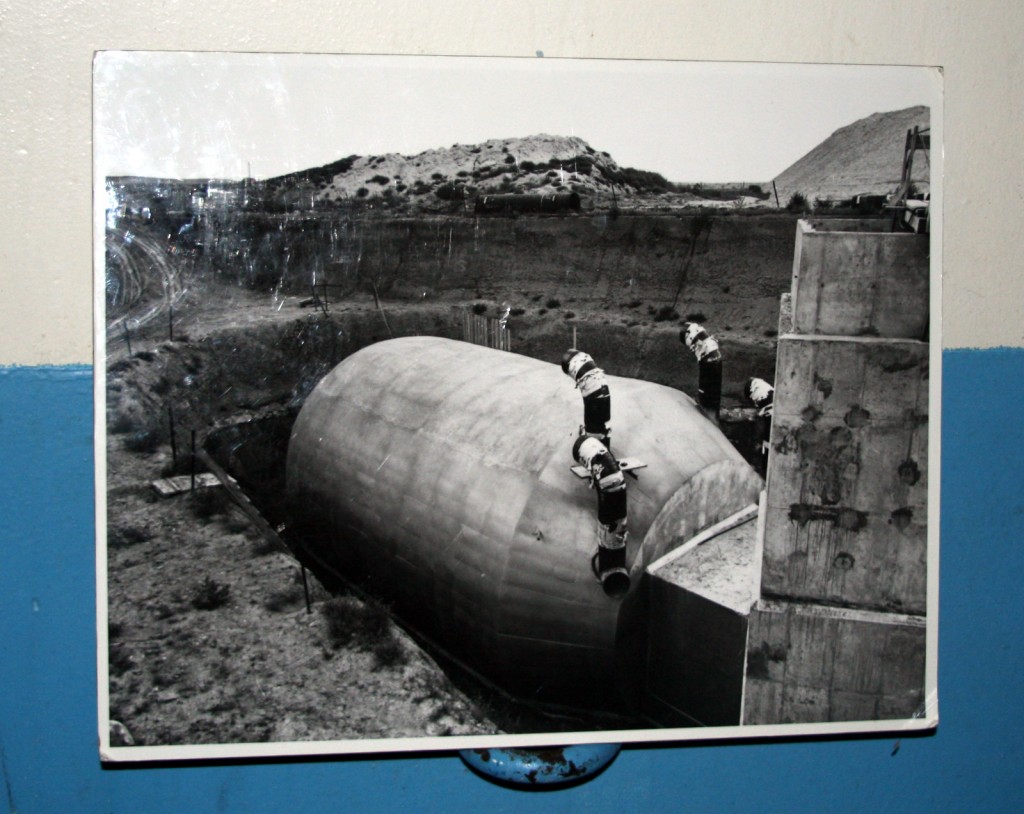 Our tour ended around 4:00. We were getting in our car when I realized I hadn’t taken a photo with the chair. Yea, I know it’s another lame one. 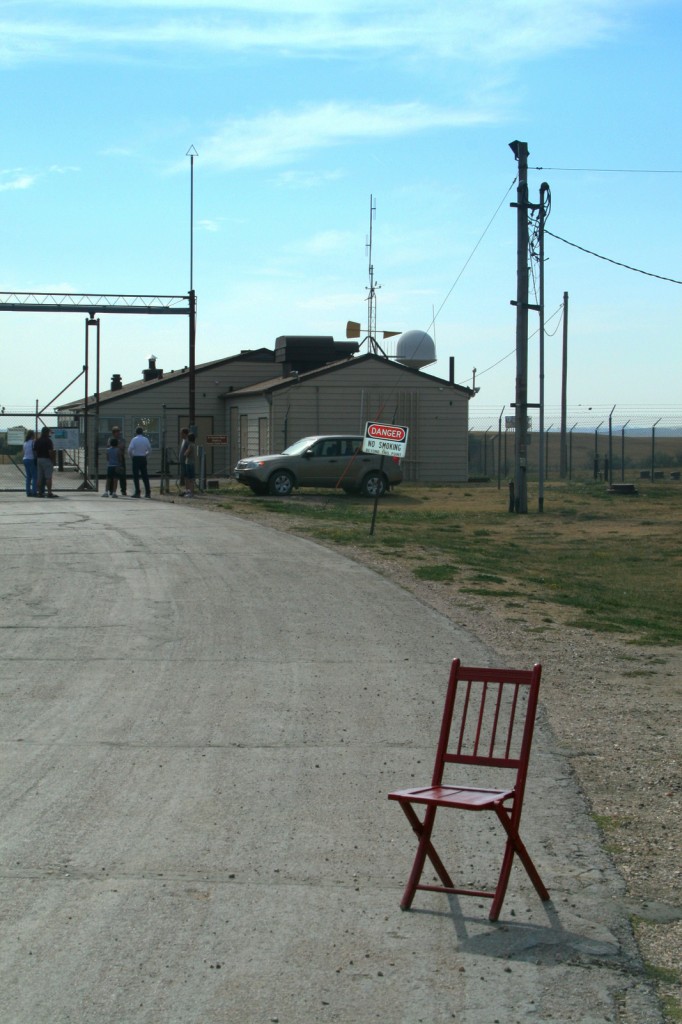 Six days later we drove by on I-90 headed for home. I took a photo from the car to show how far from the highway this all took place. 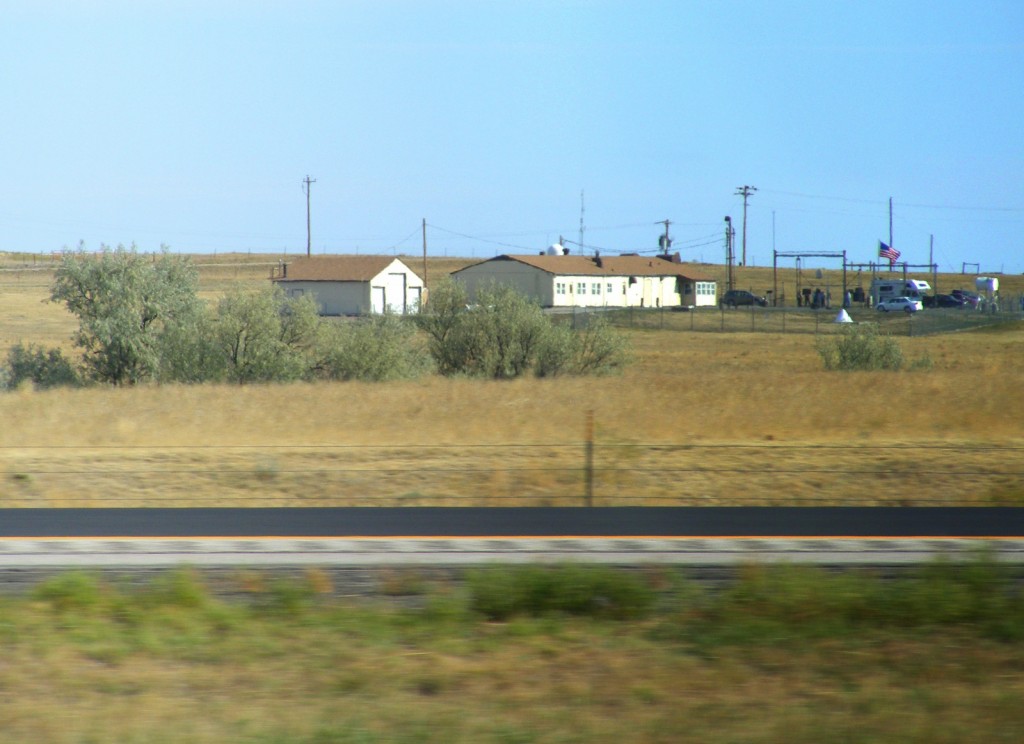