A Pacific Loon was sighted at Chatfield State Park. I drove up on Saturday morning to look for it. I had just gotten to the shore of the lake when I spotted another birder looking at some scaup that were diving about 50 yards off shore. I asked him whether he thought they were Greater Scaup or Lesser Scaup, and I let him look through my spotting scope.

At that point, he took over as my birding guide, telling me where we were going next and what to look for. He was giving me instructions on where to go and where to put my scope. At one point, when we decided to drive around to the other side of the lake, he told me I could give him a ride to his car, which was parked a couple of lots further away.

It sounds obnoxious, but he was actually a nice guy. I chuckled to myself and let him lead, knowing that I could walk away at any time. He was probably a little better birder than I am, but not as much better as he thought he was. I often saw things before he did (which he acknowledged), but he also bragged a lot about the many photos he’d had published. Maybe that accounts for why my photos of two Long-billed Dowitchers on eBird are marked as “unconfirmed” while his photos of the same two birds taken on the same day in the same place, and often at the same moment were accepted.

Here’s a photo of Rob trying for a close-up shot of the scoters. 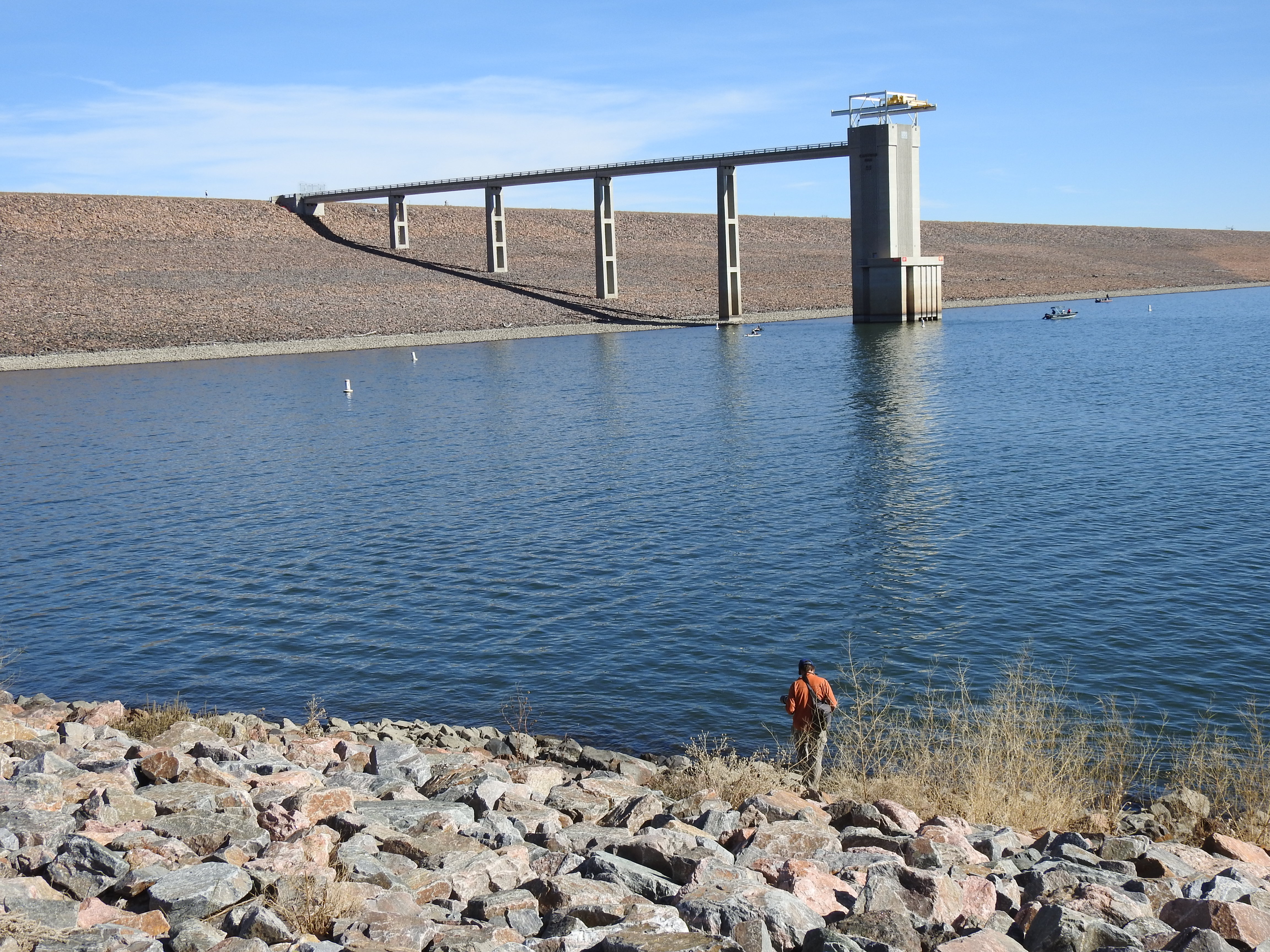 We saw about 30 species, but no Pacific Loon. I did find a couple loons, but they were too far out to identify. 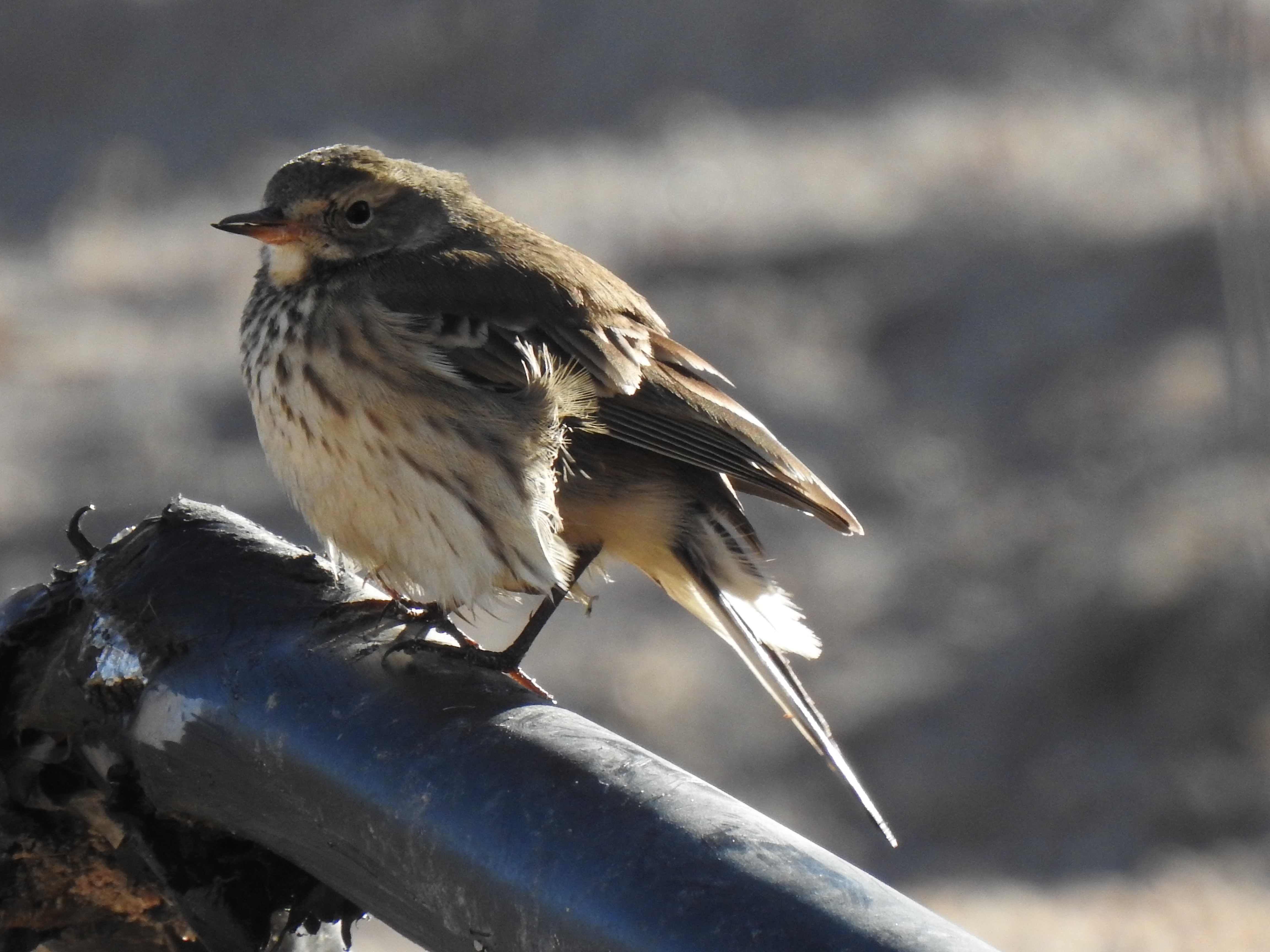 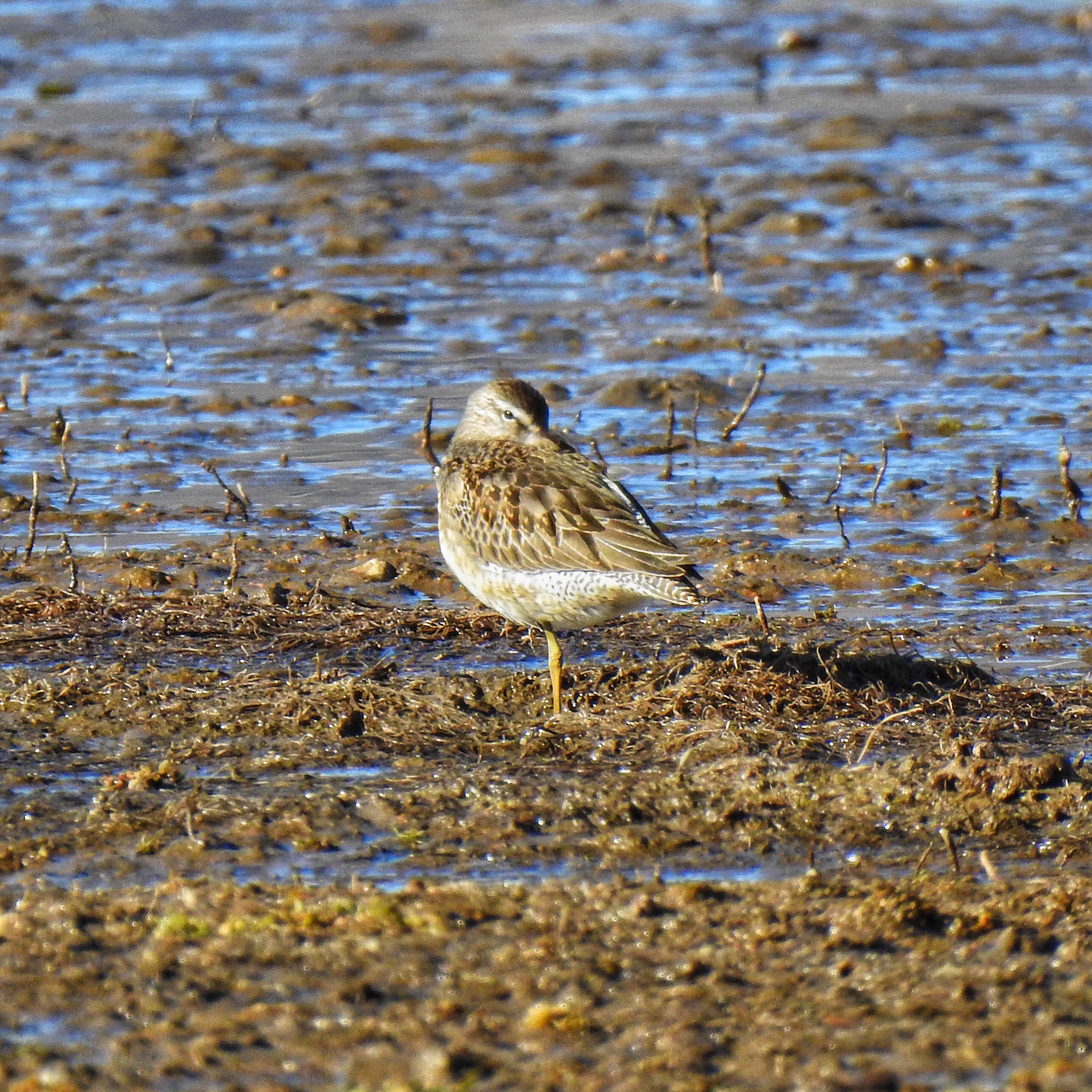 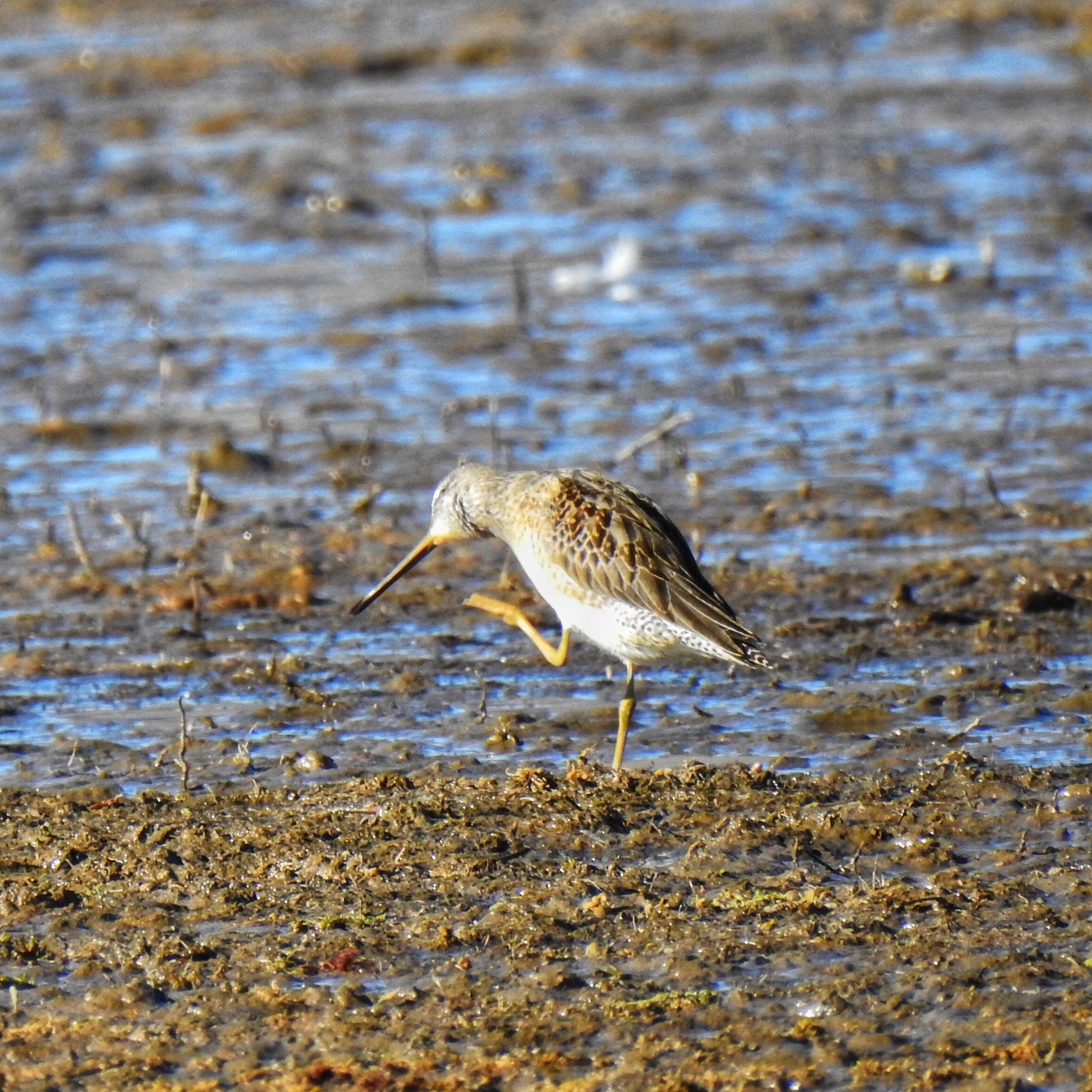 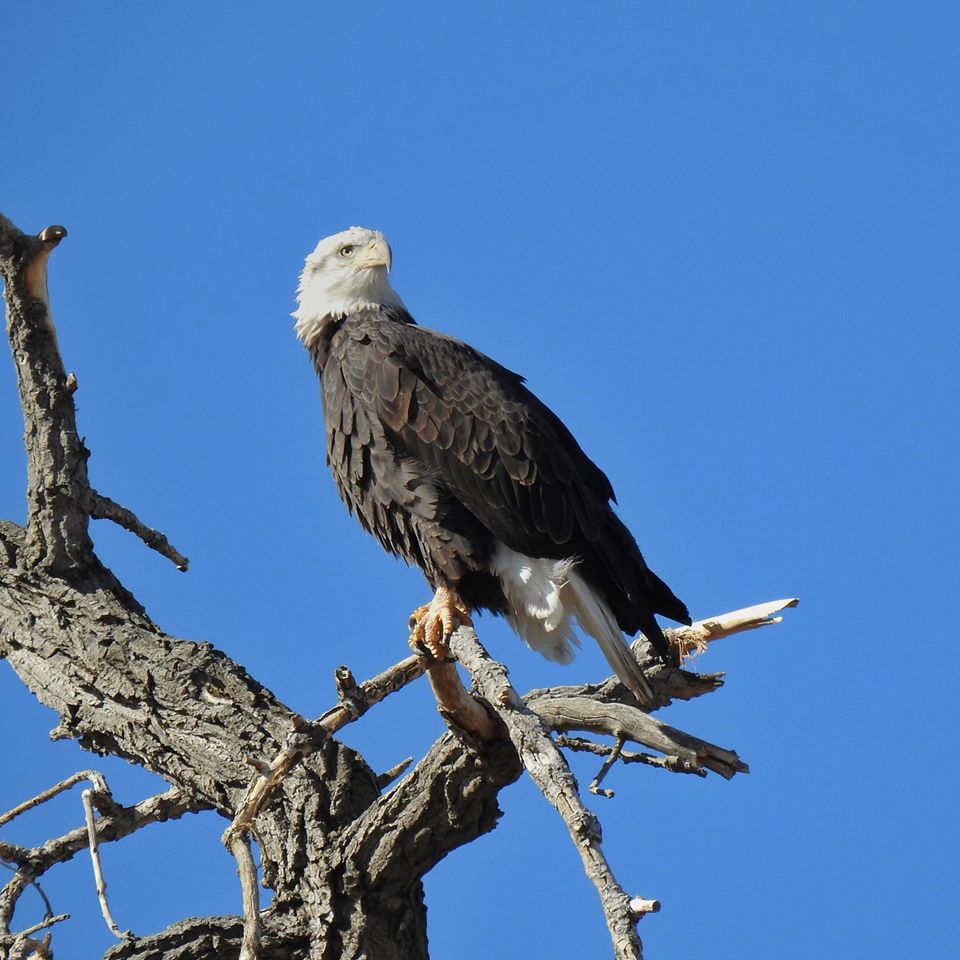 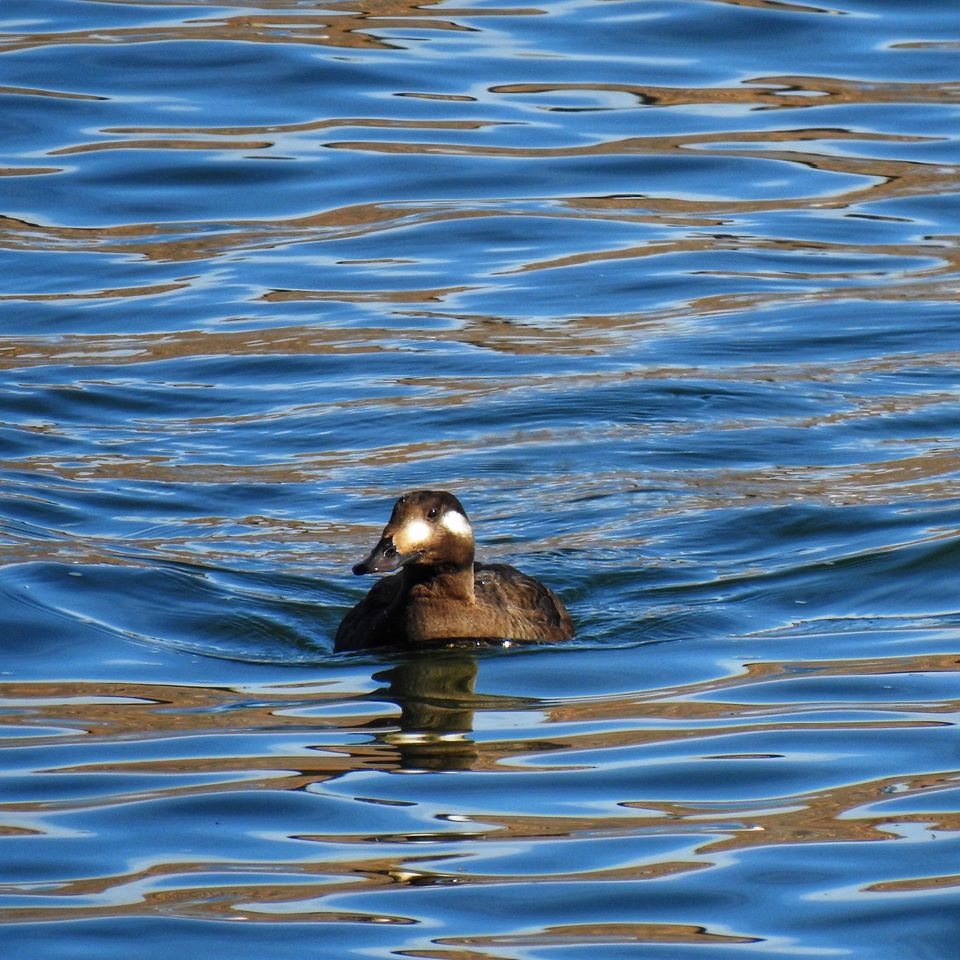 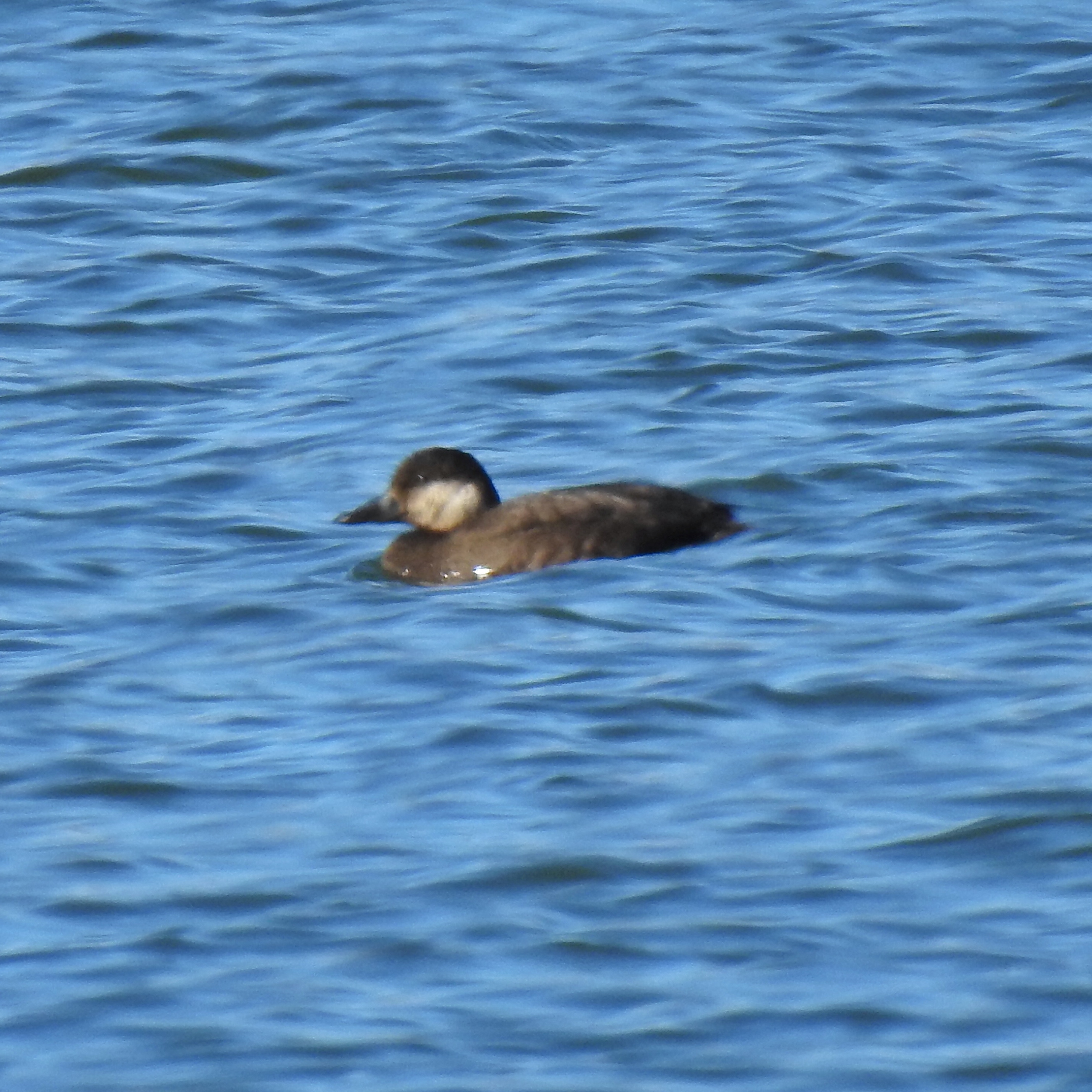 Rob went his way, and I drove about 20 miles to Aurora Reservoir. I’d never been there before. I had to pay $10 to get in. From where I parked, the lake looked about four miles around. I grabbed my scope and started to walk. There were birds, but most of them were far out on the lake, so I didn’t get many good views. The path was paved, and I soon regretted not changing out of my hiking boots into my walking shoes. Especially when I finally happened upon a map that said the loop trail was more than nine miles around. It turned out that the reservoir had a lot of deep bays hidden from my initial view. And the trail followed every single one of them along the shore instead of cutting across the peninsulas. I soon had blisters on my feet and a very sore shoulder from carrying my heavy tripod and scope. I also didn’t have enough water. When I was through, I’d done 12 miles on the day — not a big deal if I had been prepared.

Along the way I saw a Pronghorn with the longest horns of any I’d seen. 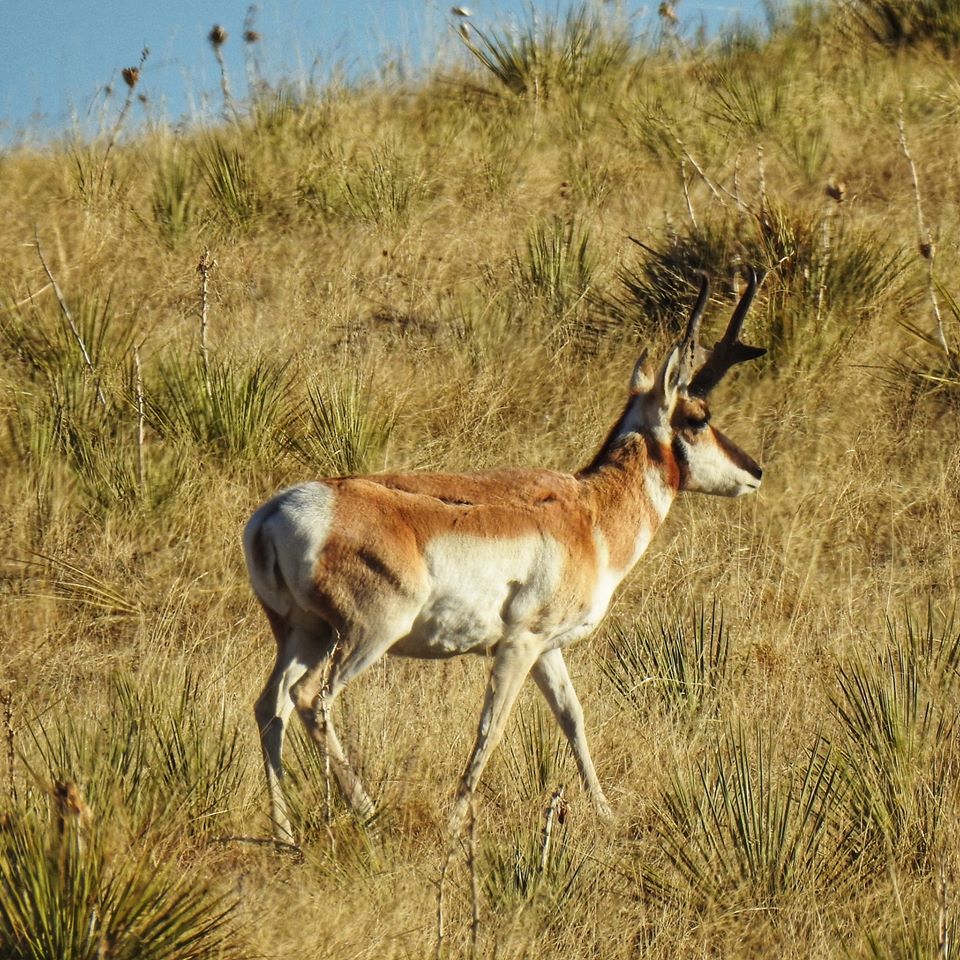 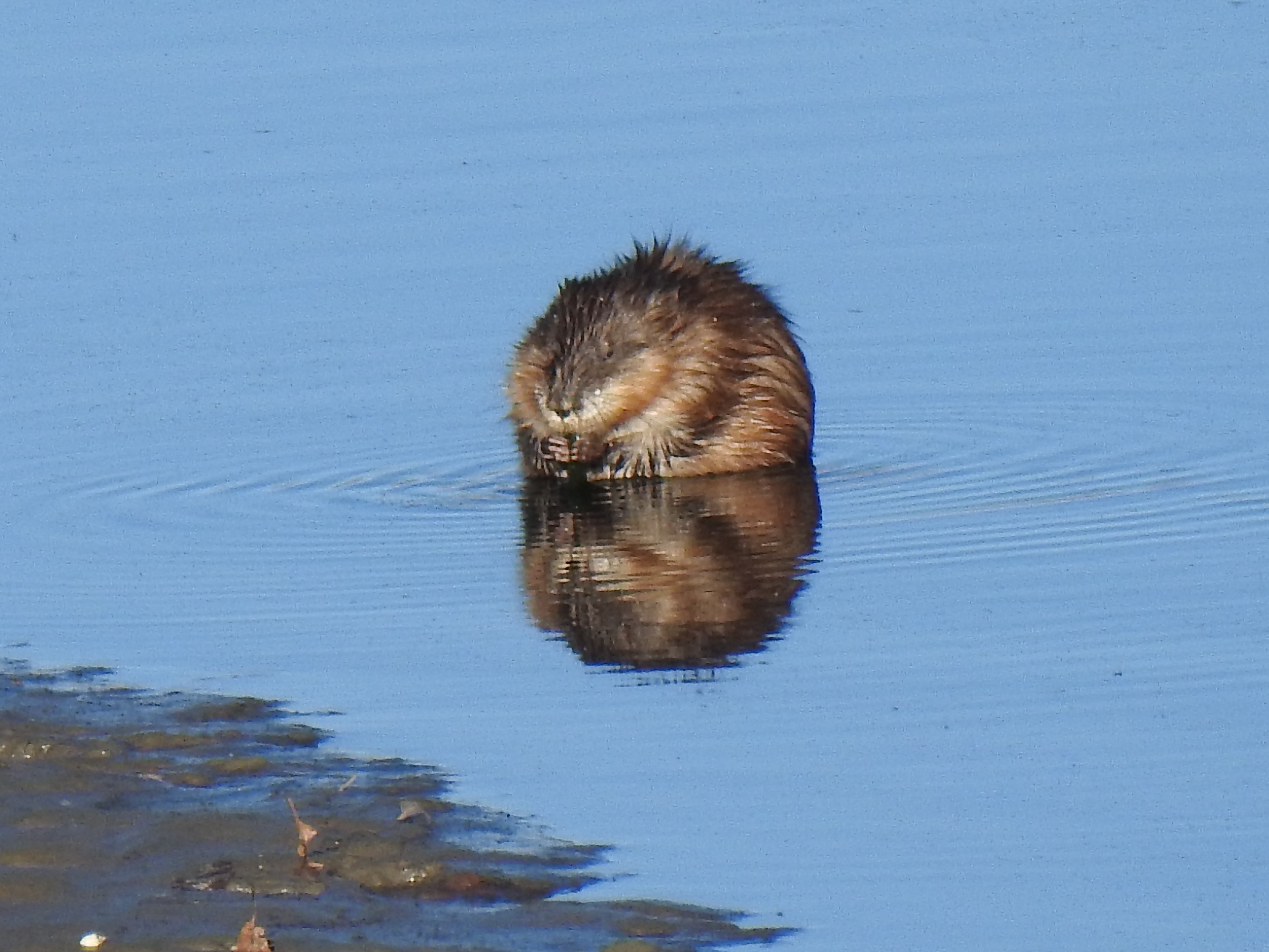 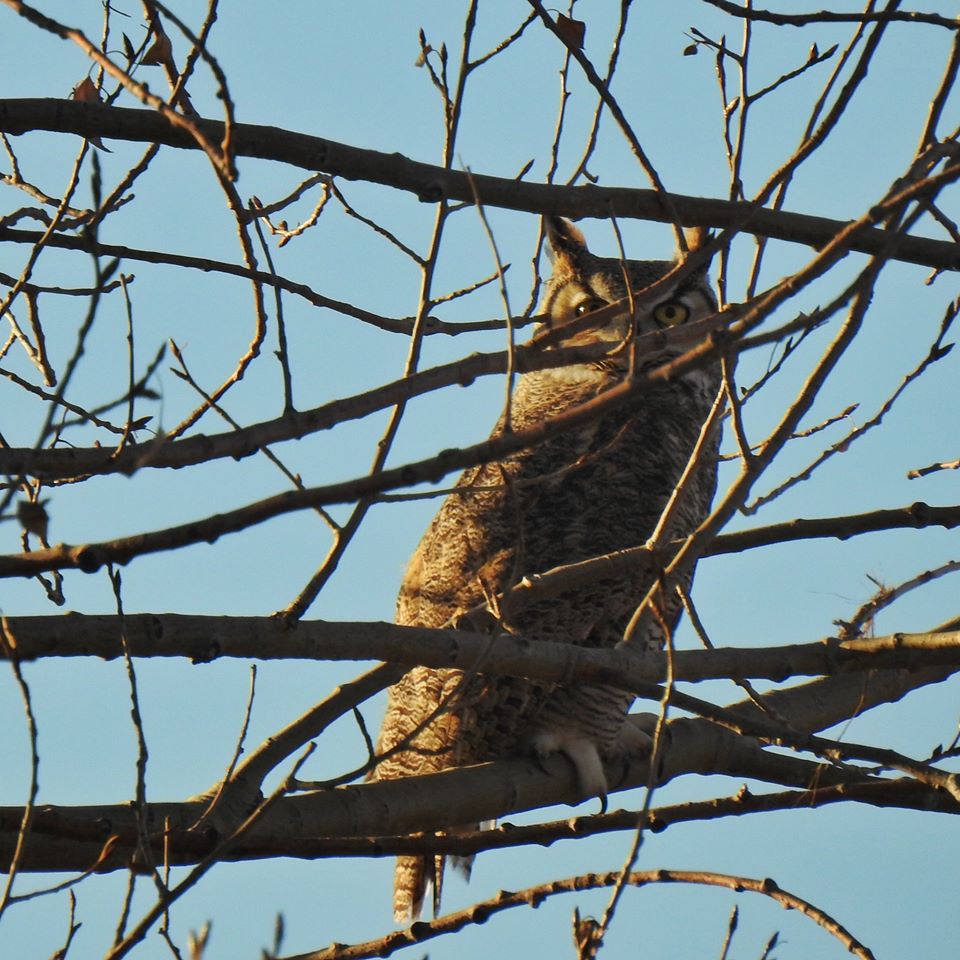 I went back to Chatfield on Sunday afternoon to look for the Pacific Loon again, but came up empty. I went back a third time later in the week and finally saw it, but it was too far out to get good photos by holding my phone up to my scope. I had my good camera but it wouldn’t let me take photos because the memory card was “write protected.” When I got home, I found out this was just a matter of flipping a tiny switch on the side of the card. Figures. 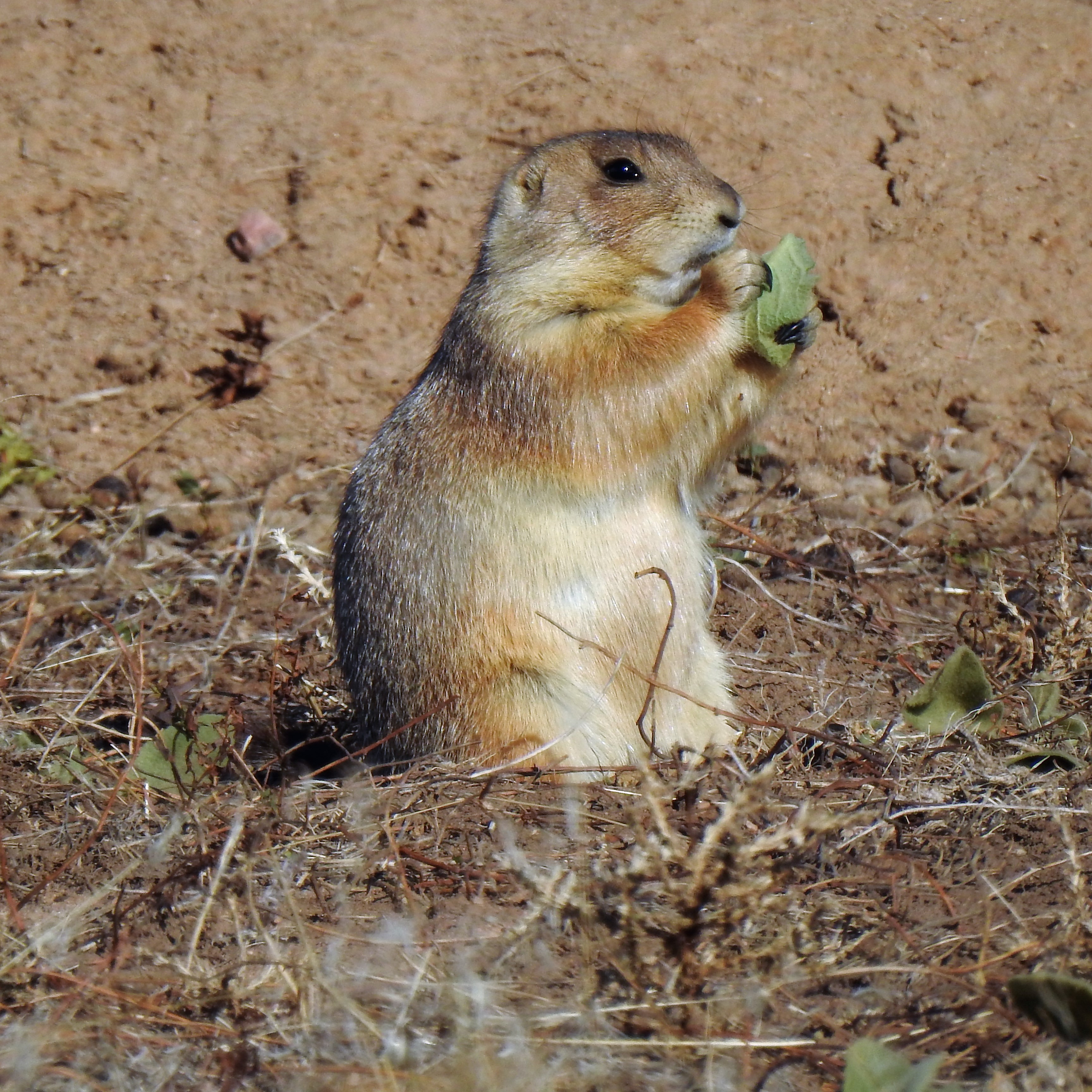 This entry was posted in Birds, Hikes, Mammals. Bookmark the permalink.