On a rainy Monday afternoon, we saw the sights of North Bend, Ohio, located at the point where the Ohio River begins heading southwest toward the Mississippi. This tiny town just west of Cincinnati, and Quincey, Massachusetts, are the only towns that have been the home of two presidents. William Henry Harrison moved here after the War of 1812. After his short presidency and death in 1841, his body was brought back here for burial. 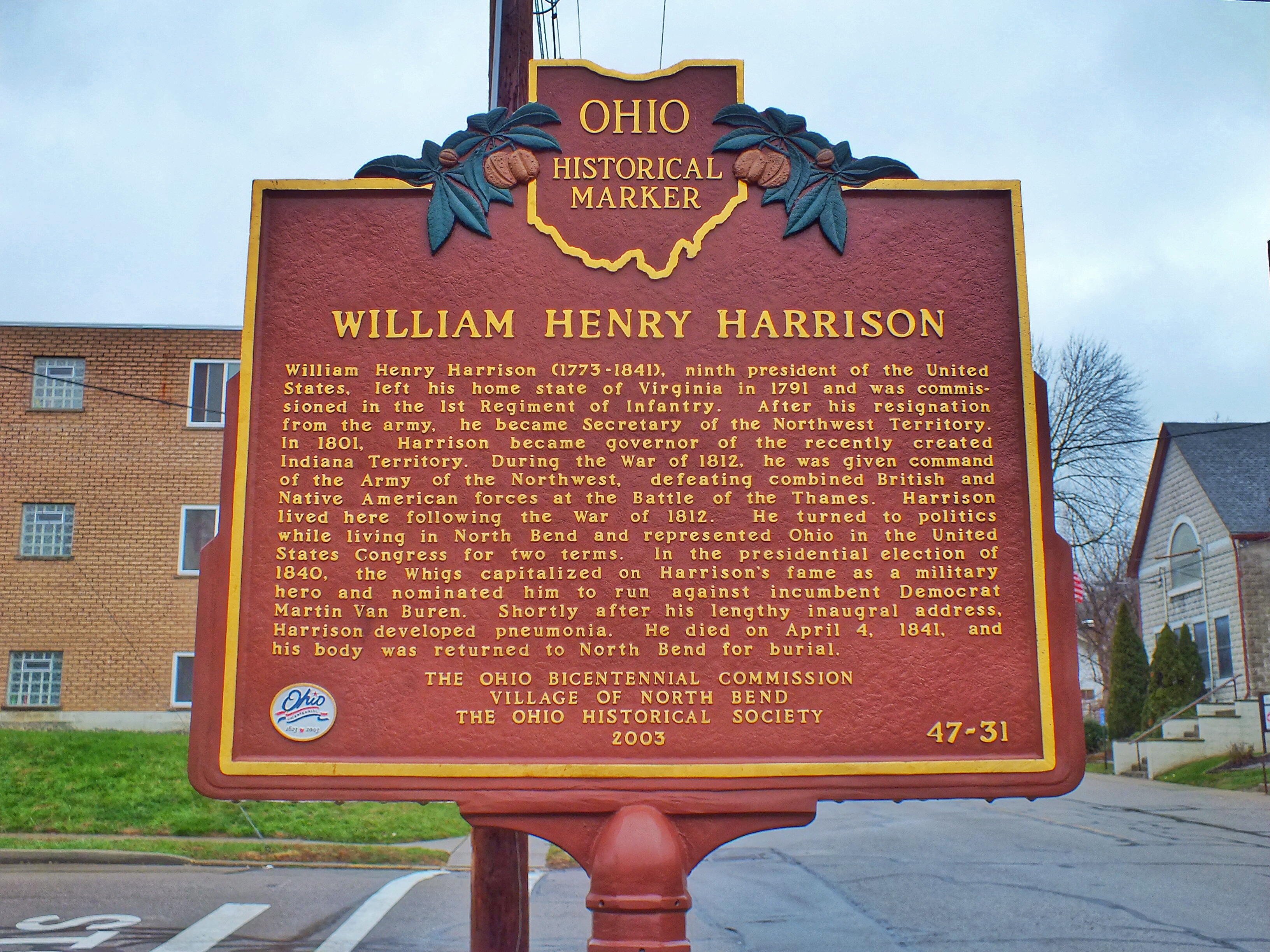 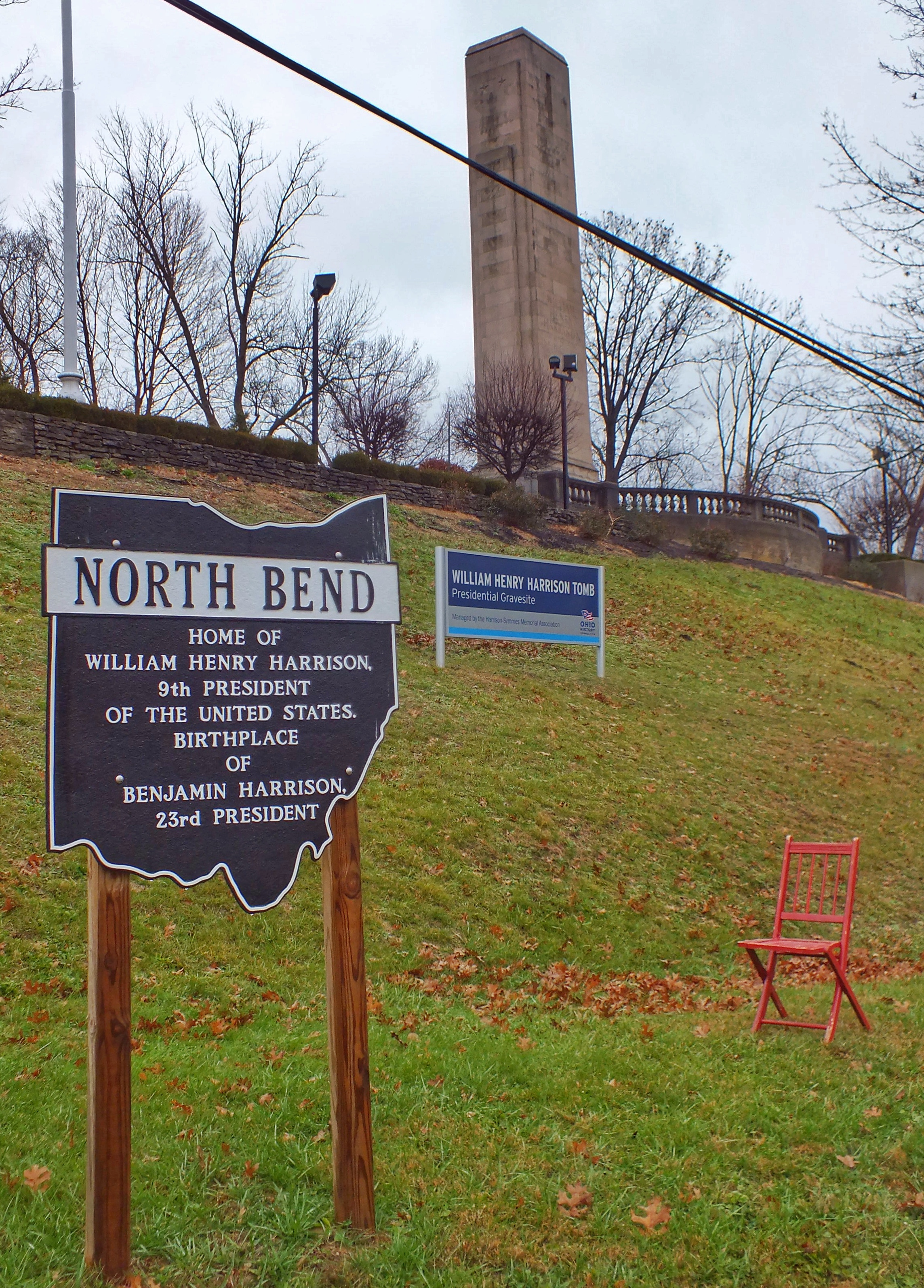 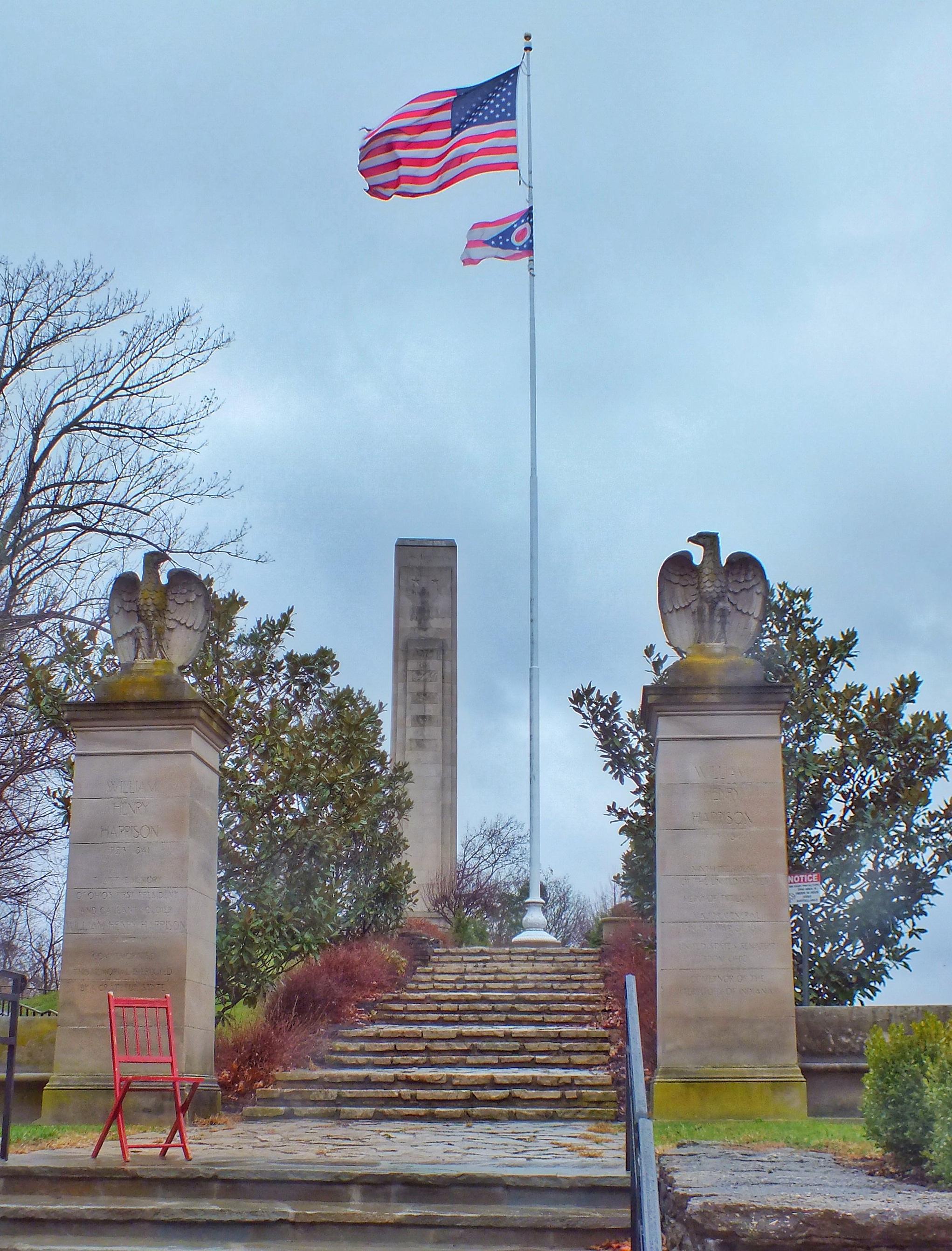 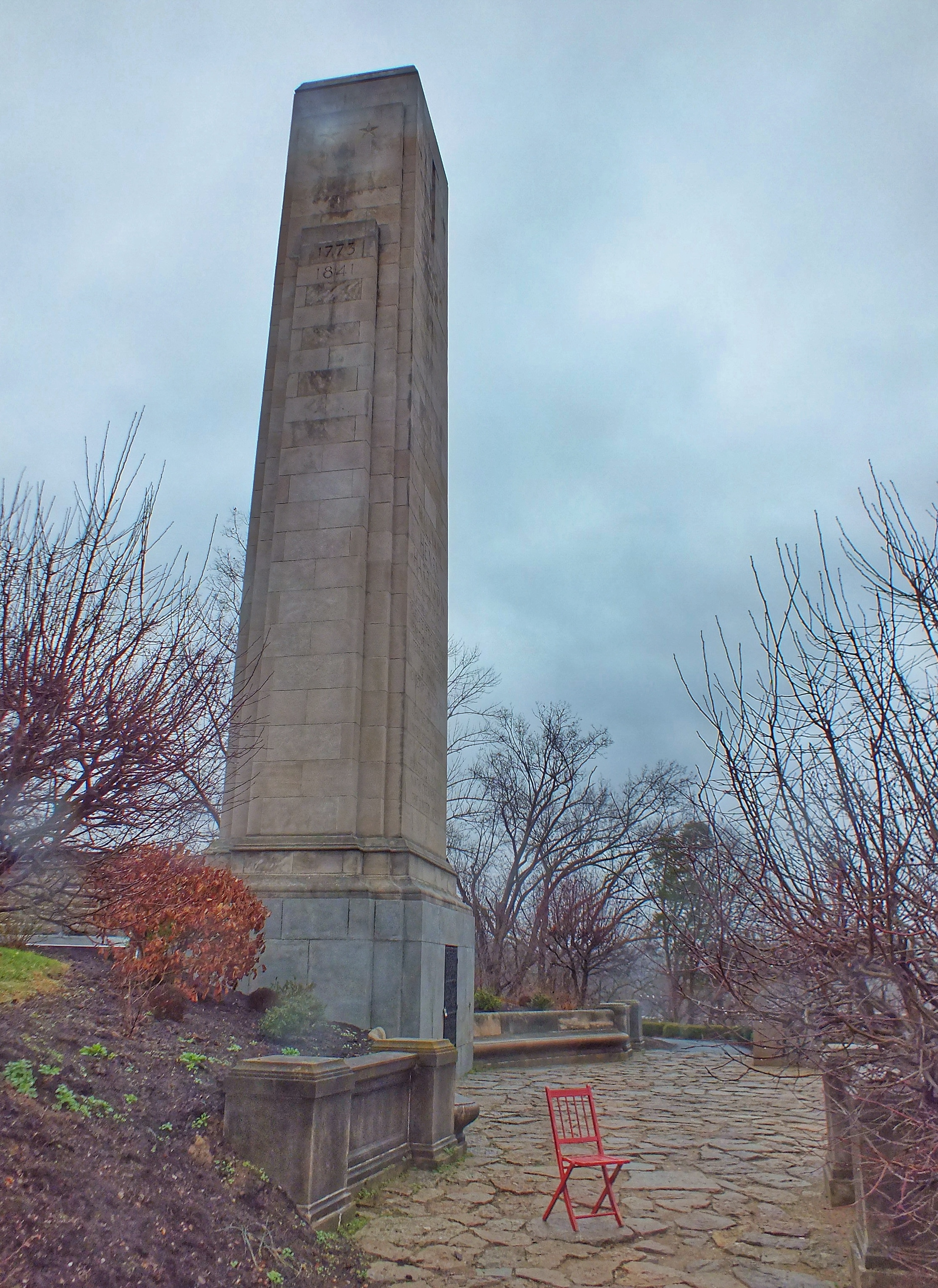 The space inside the monument contains Harrison’s grave. It is open for visitors, but not, of course, when we were there. I could see this much through the double gates. 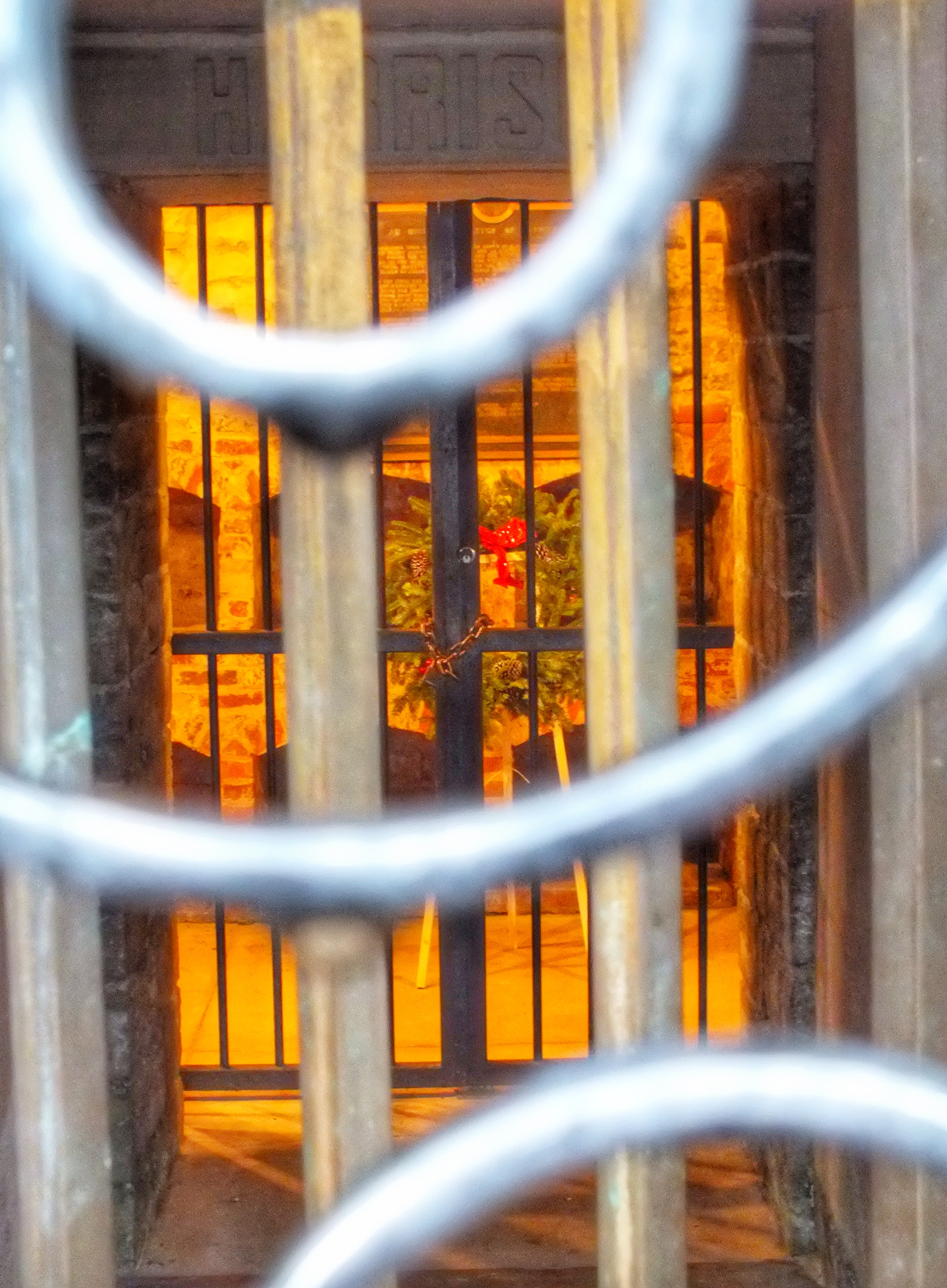 Here’s the view of the north bend of the Ohio from Harrison’s monument. Cincinnati is behind those hills on the left, about 20 miles away. 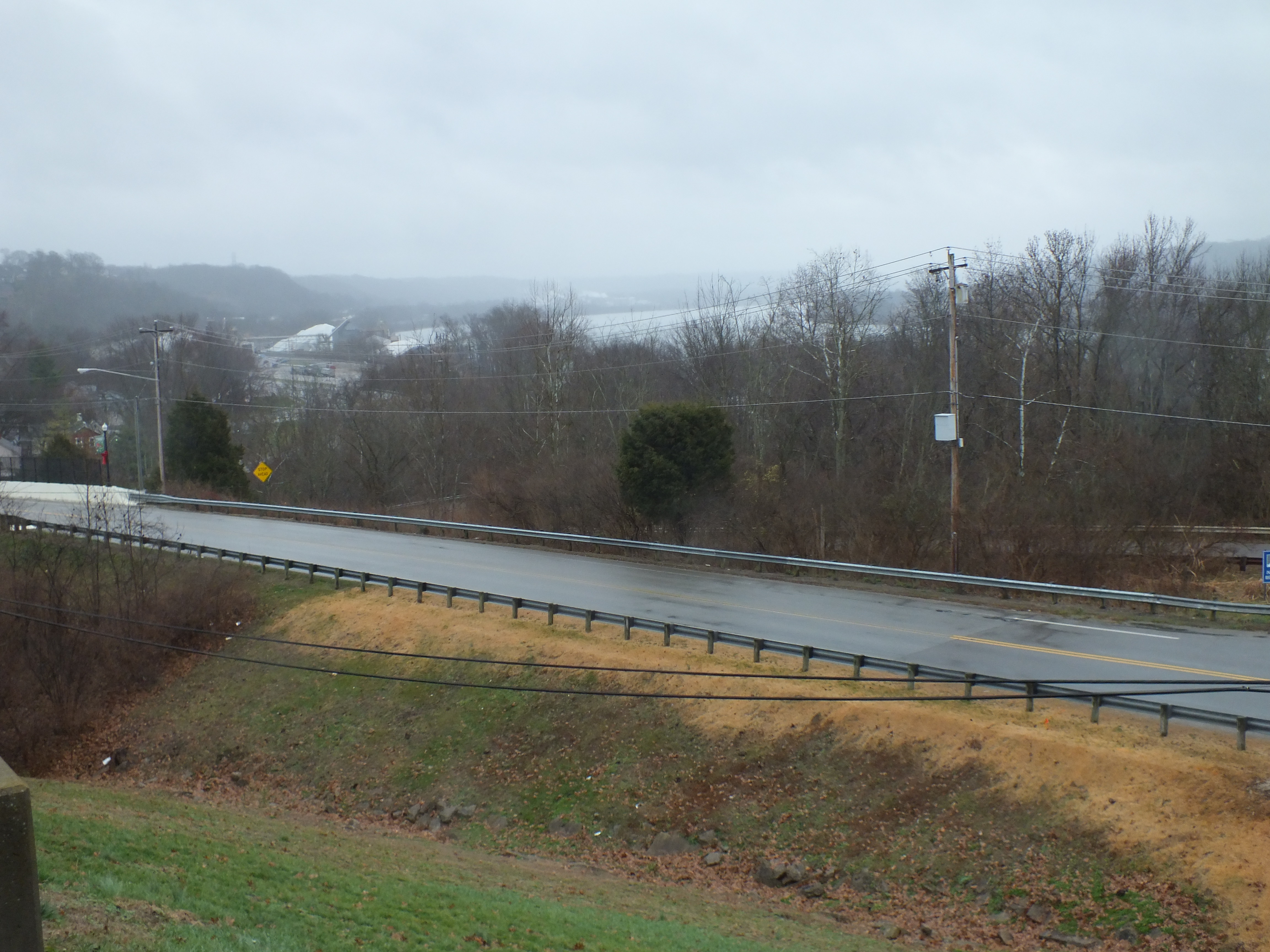 Harrison’s grandson, Benjamin, was born in North Bend in 1833, on land belonging to his grandfather. This plaque stands in front of the property, although the house no longer exists. Another house is on the site. 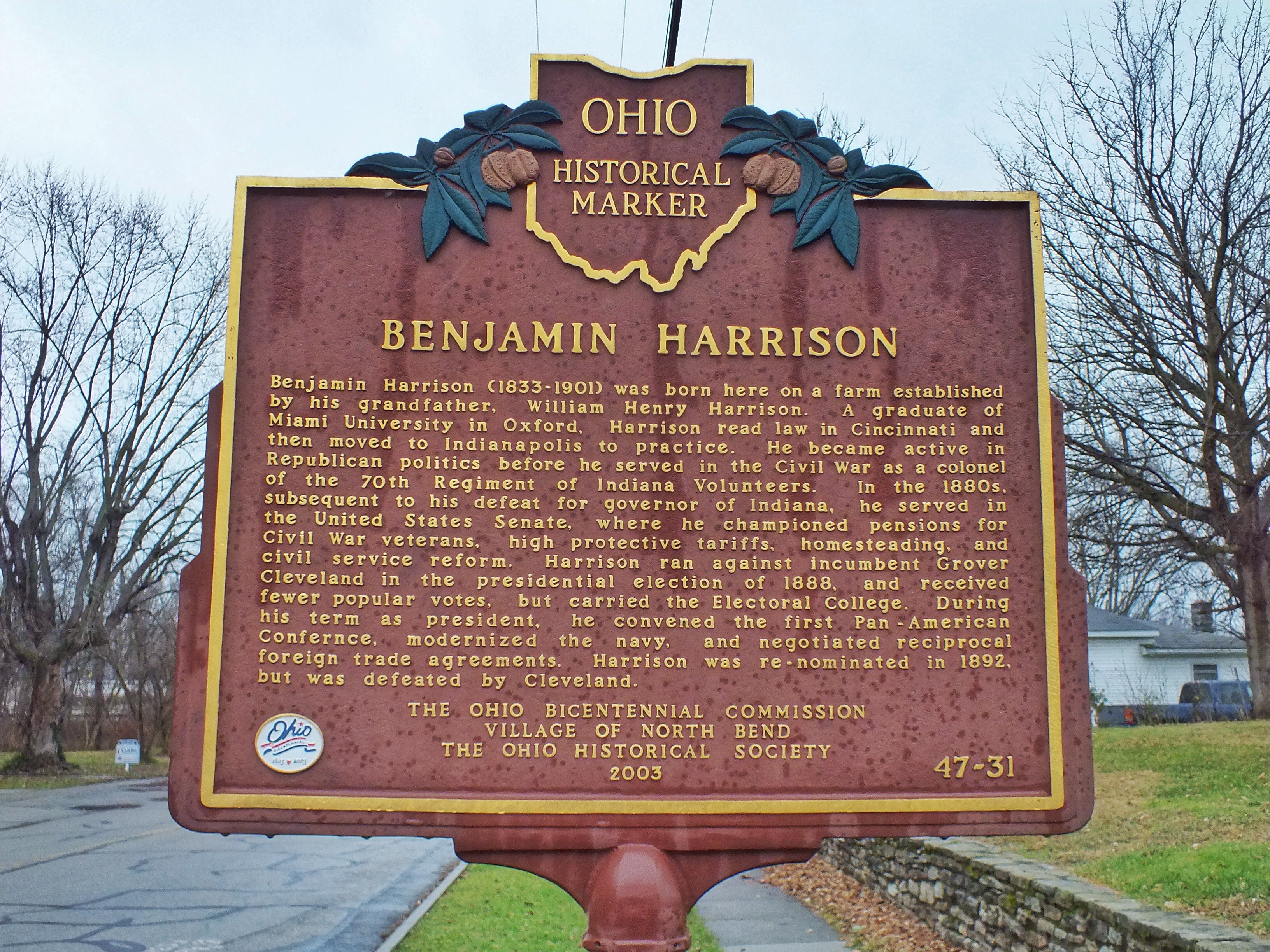 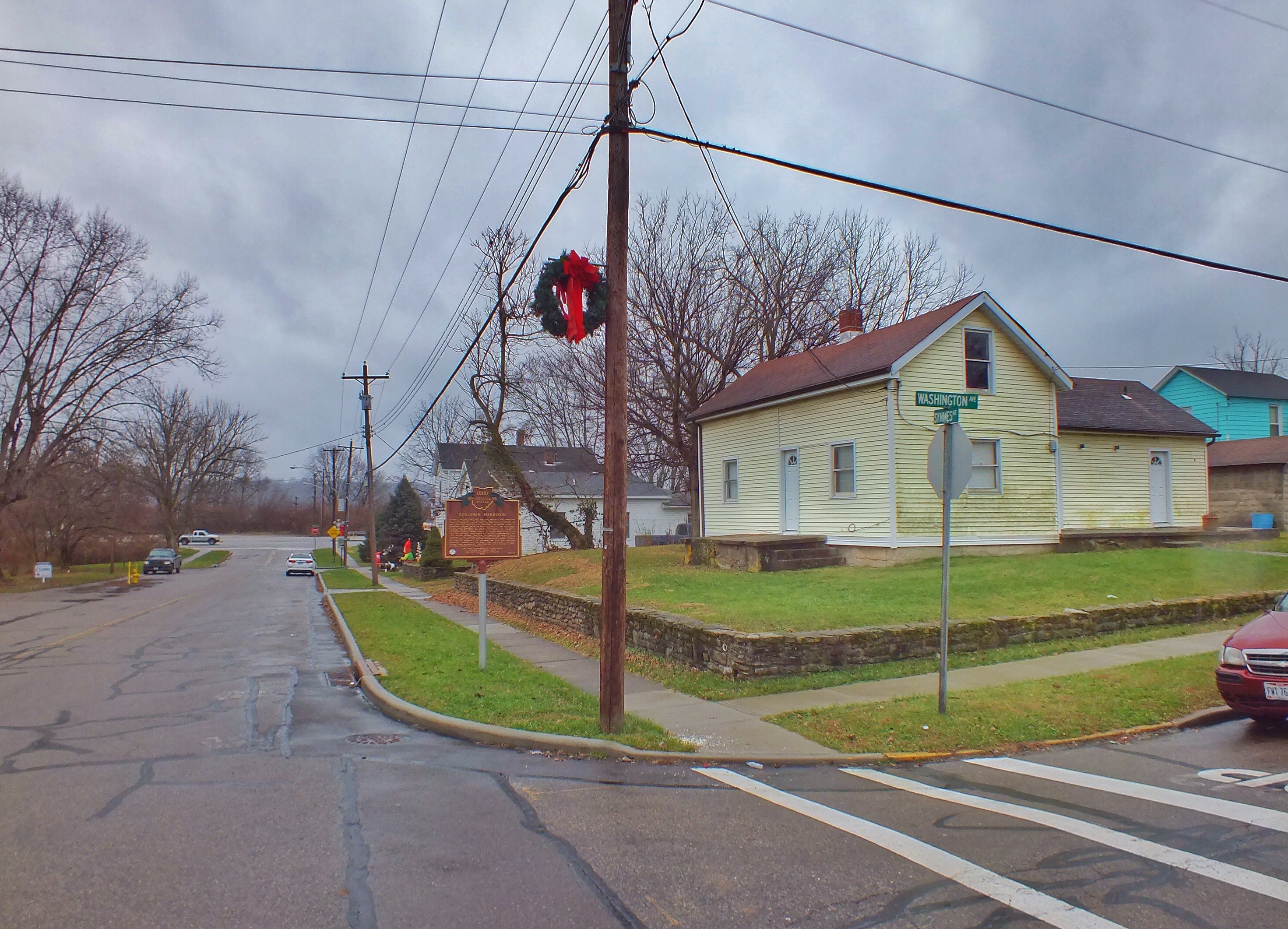