We drove from North Bend, Ohio to Clarksville, Indiana on the southernmost roads I could find. For much of the time, the Ohio River was visible on our left. It would have been a scenic drive except for the low, gray clouds and constant rain. 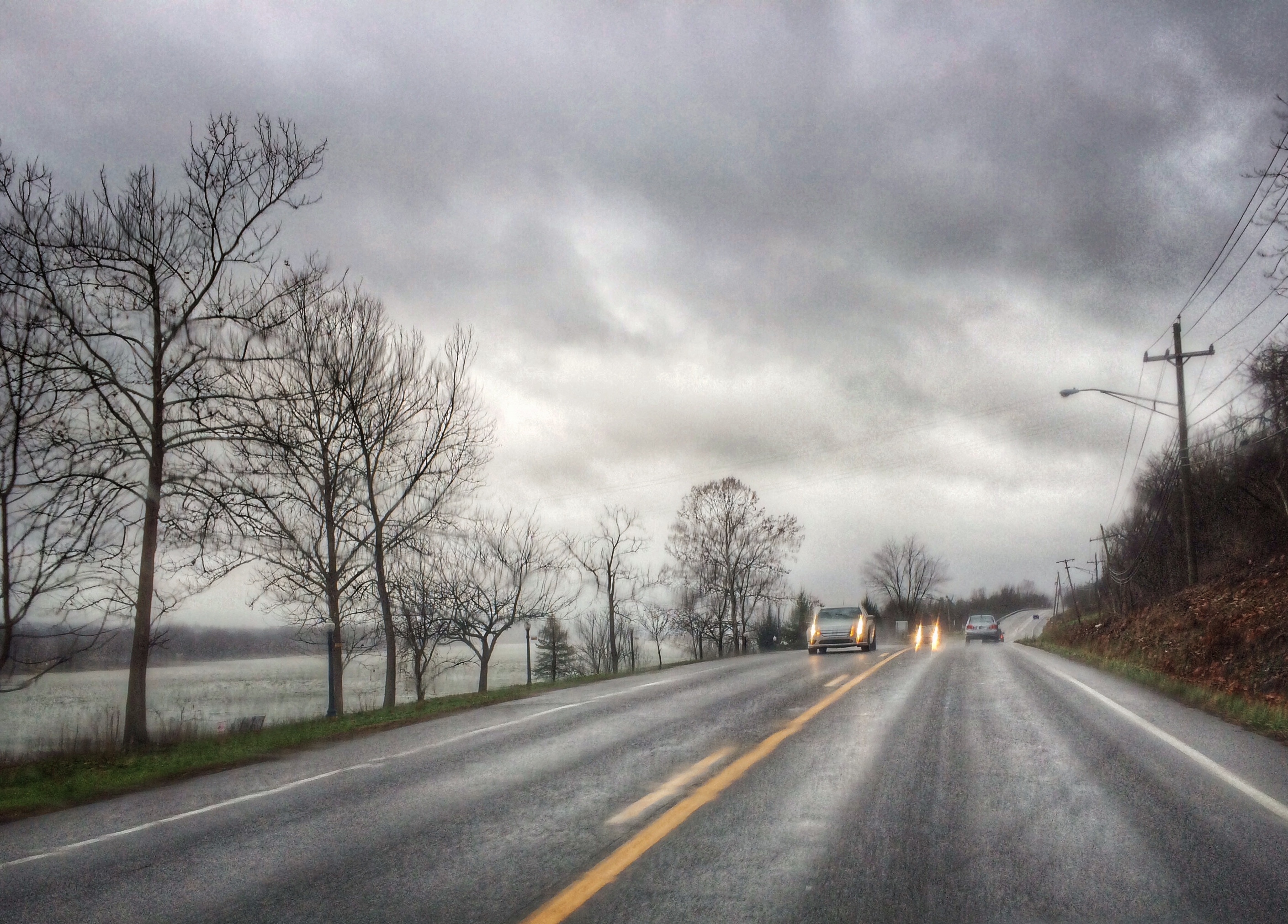 The next three photos were taken in downtown Rising Sun, Indiana. 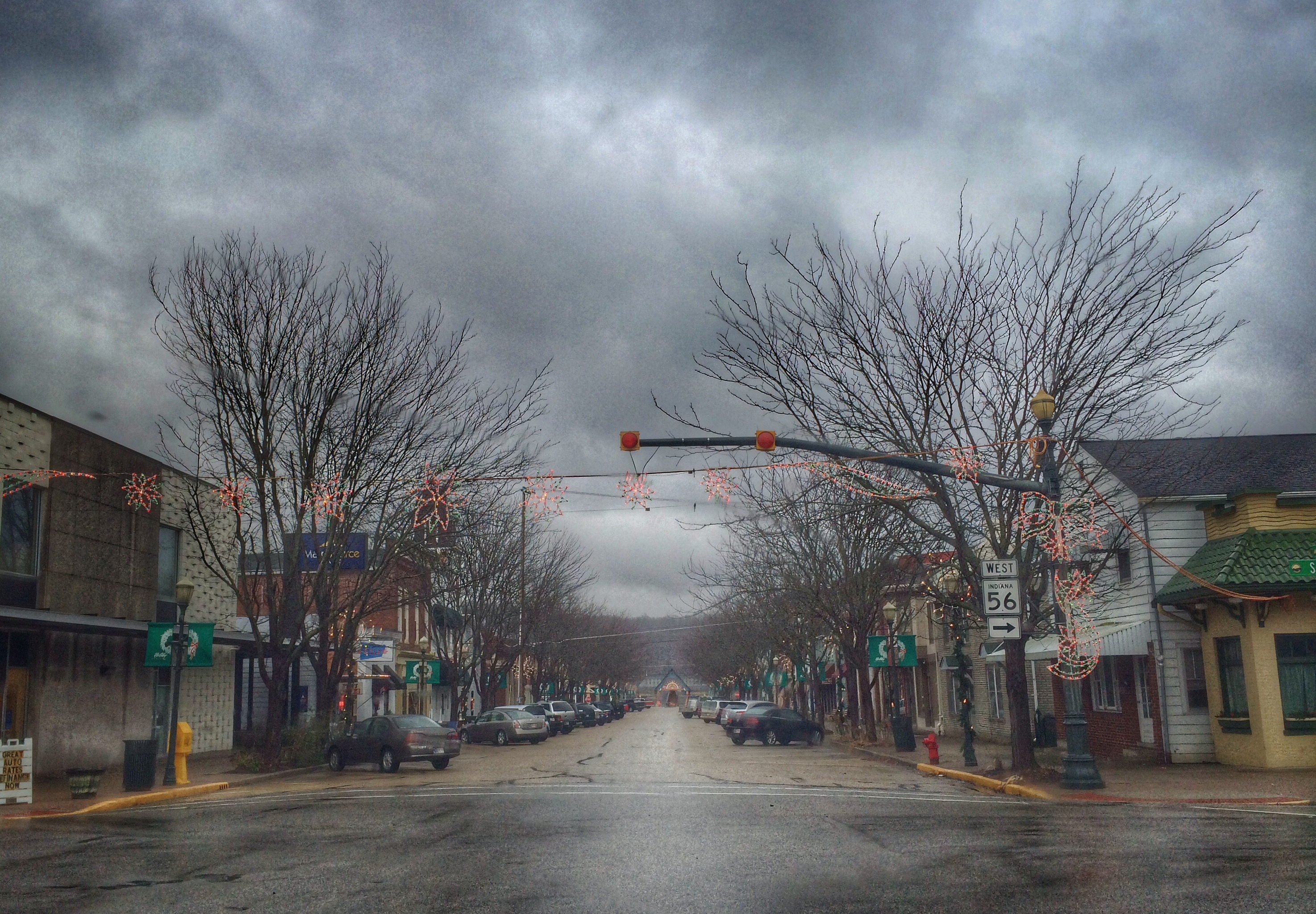 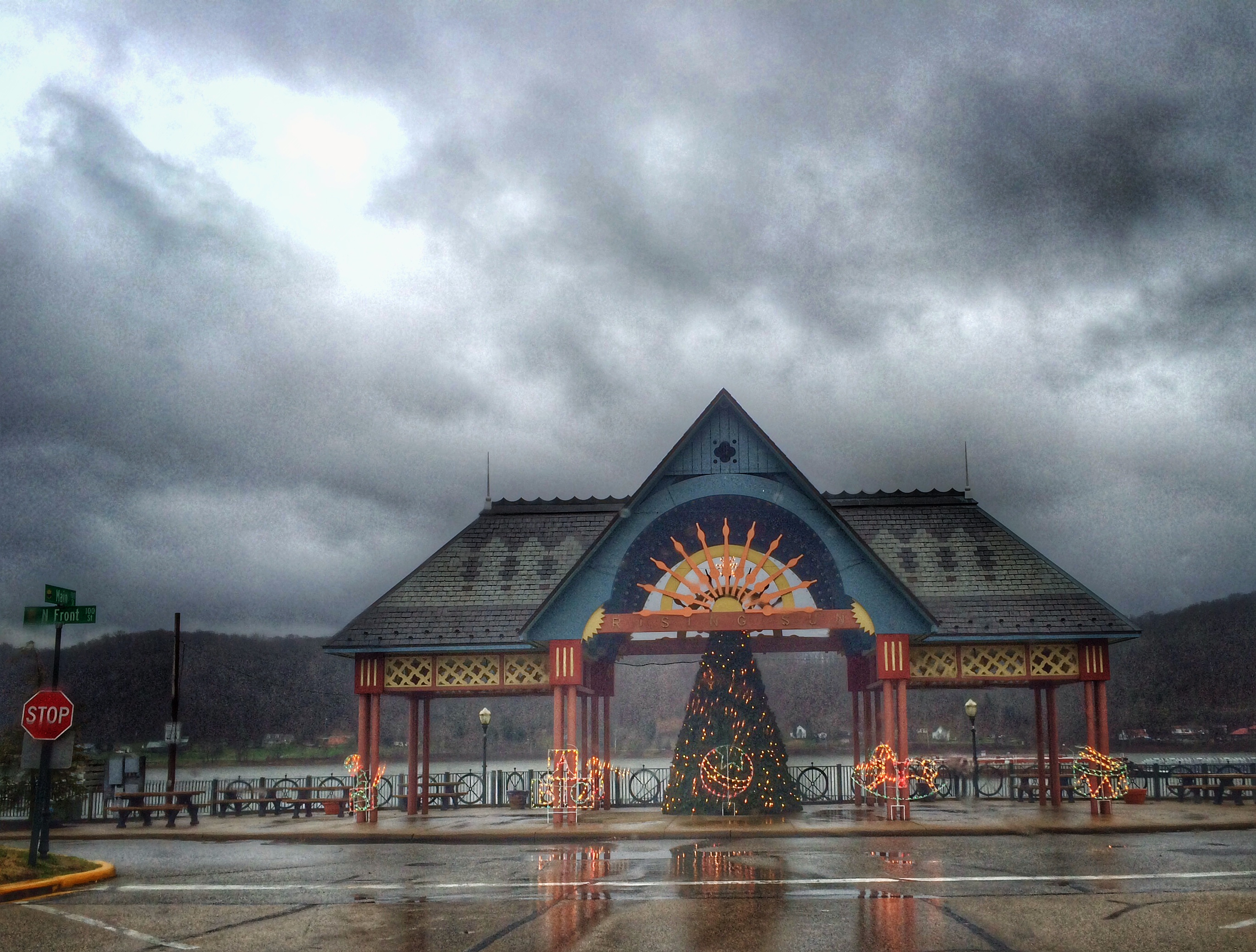 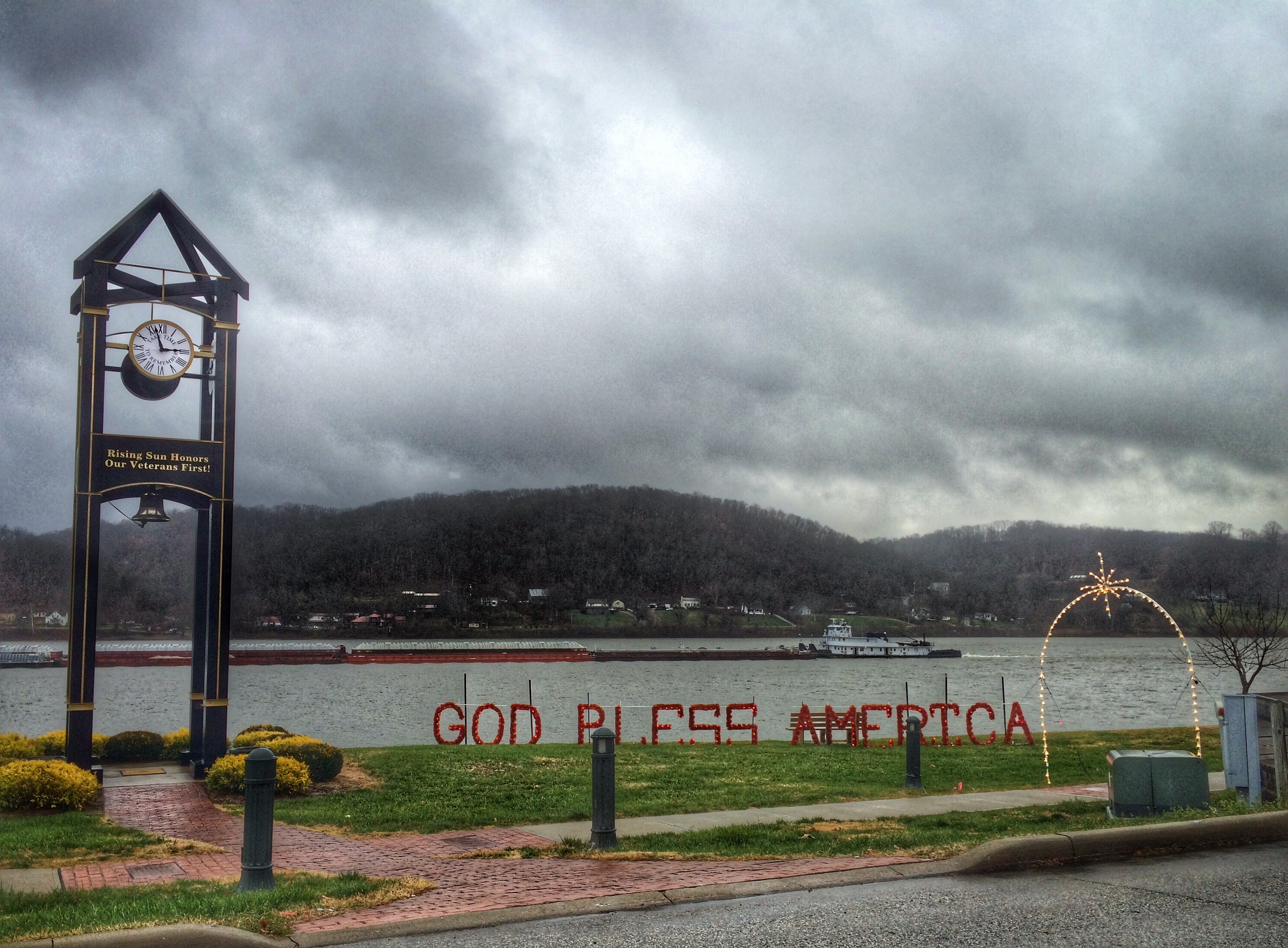 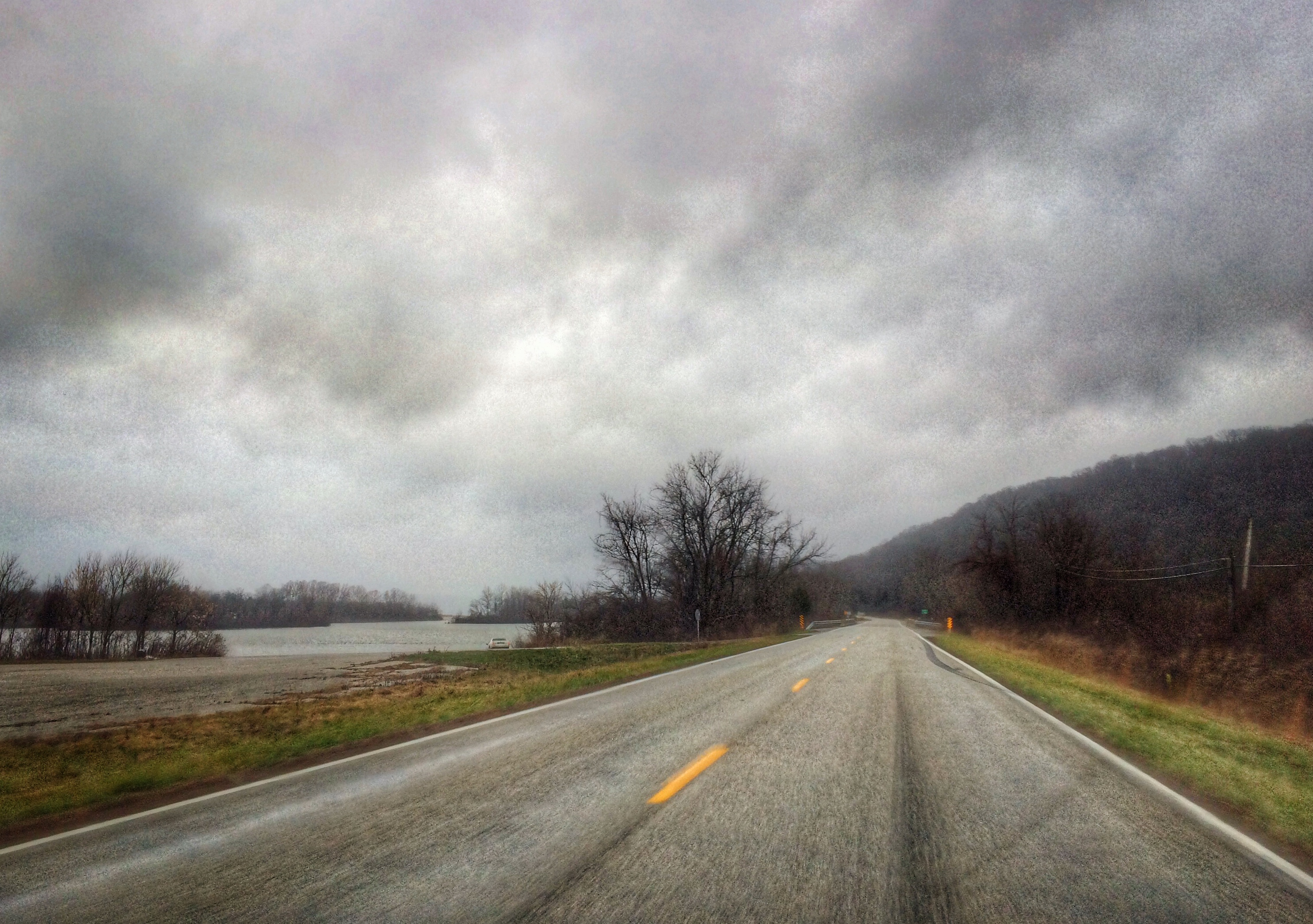 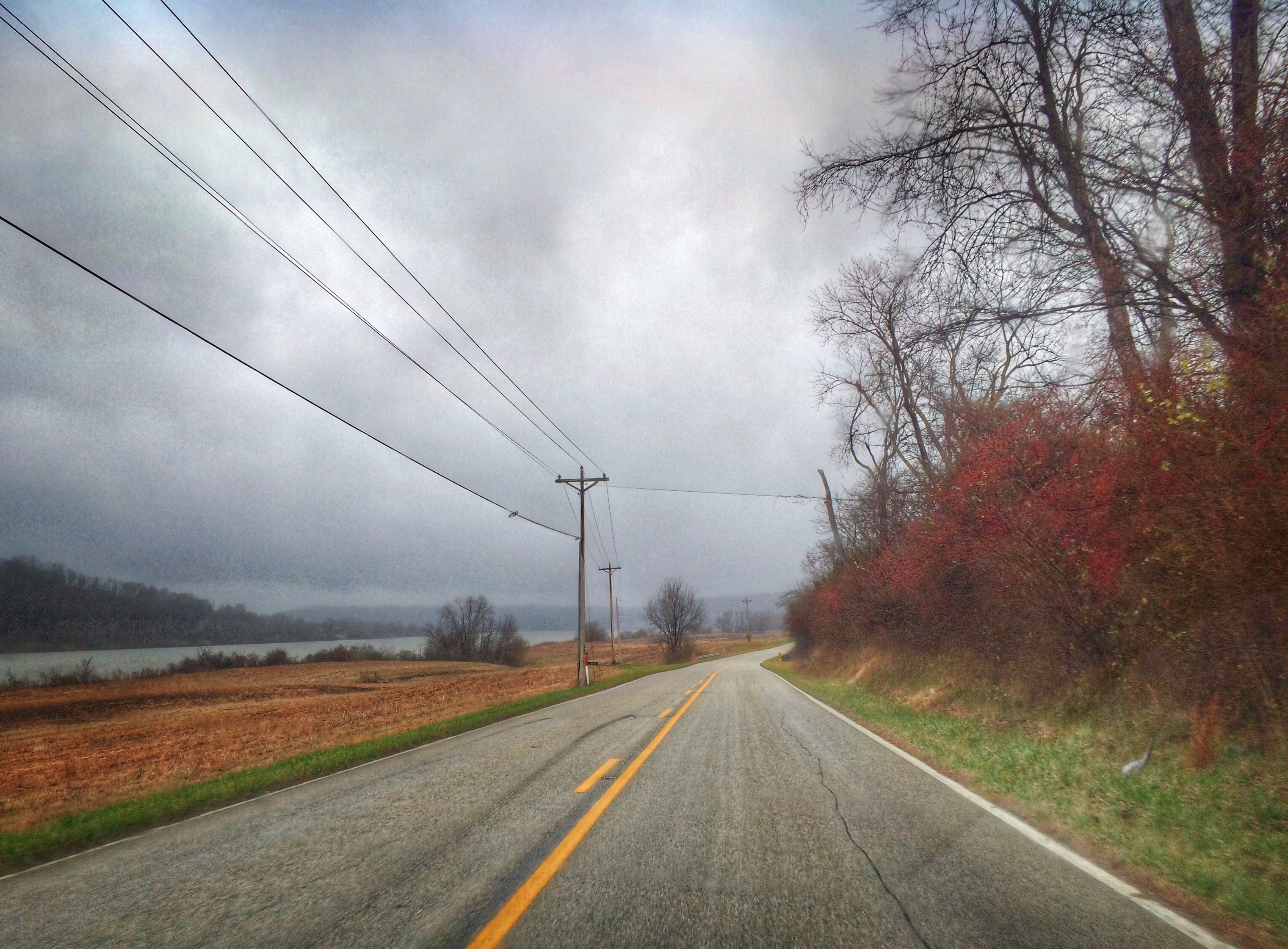 The next four photos were taken in Madison, Indiana. Hen & Ben, the Shoe Men went out of business in 1937, but their fame lives on thanks to this ghost sign on the eastern end of town. 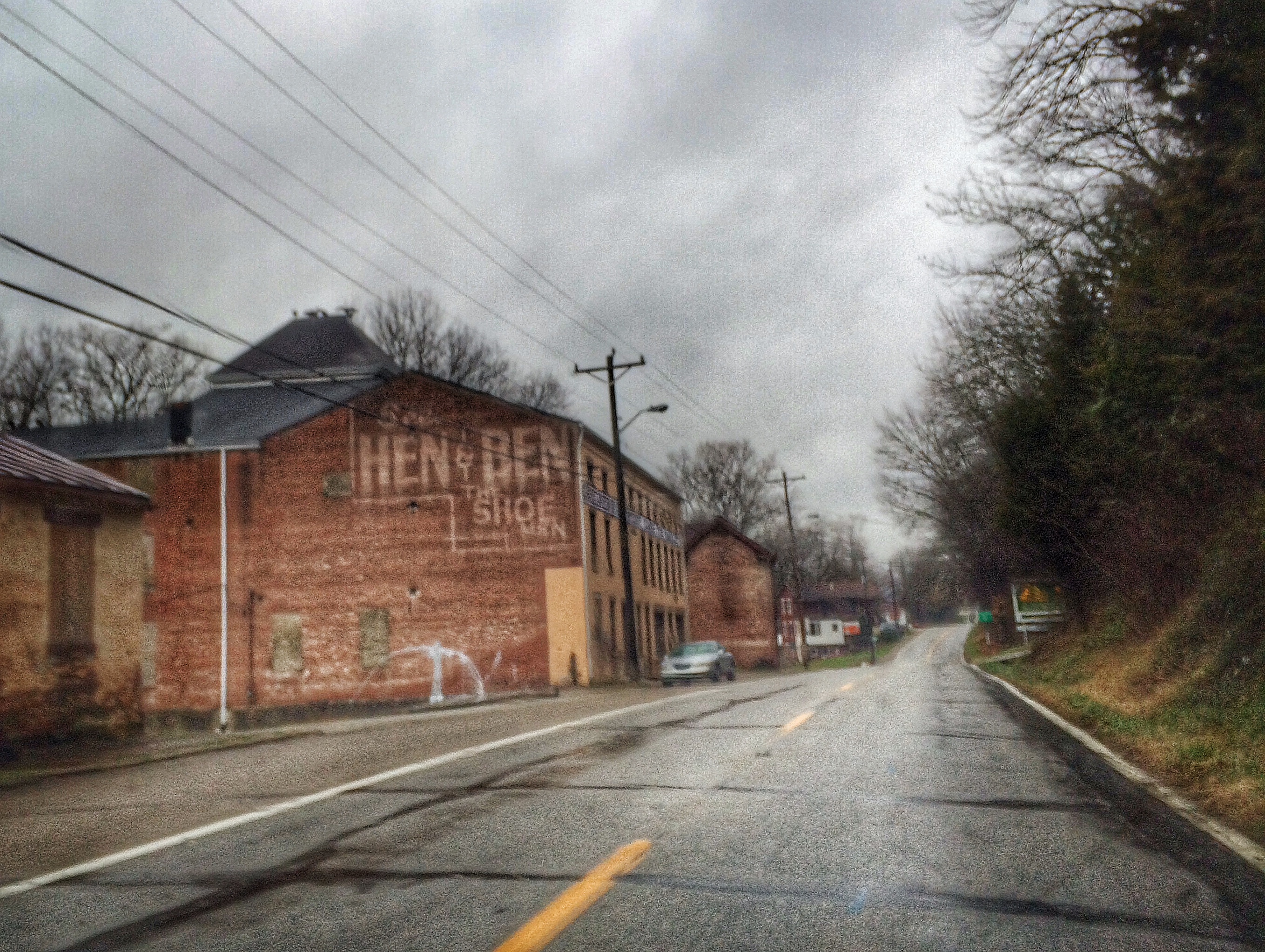 We parked downtown to visit the worst antique store I’ve ever been in. A larger collection of worthless junk, I’ve never seen. But it was filled with people buying Christmas presents. 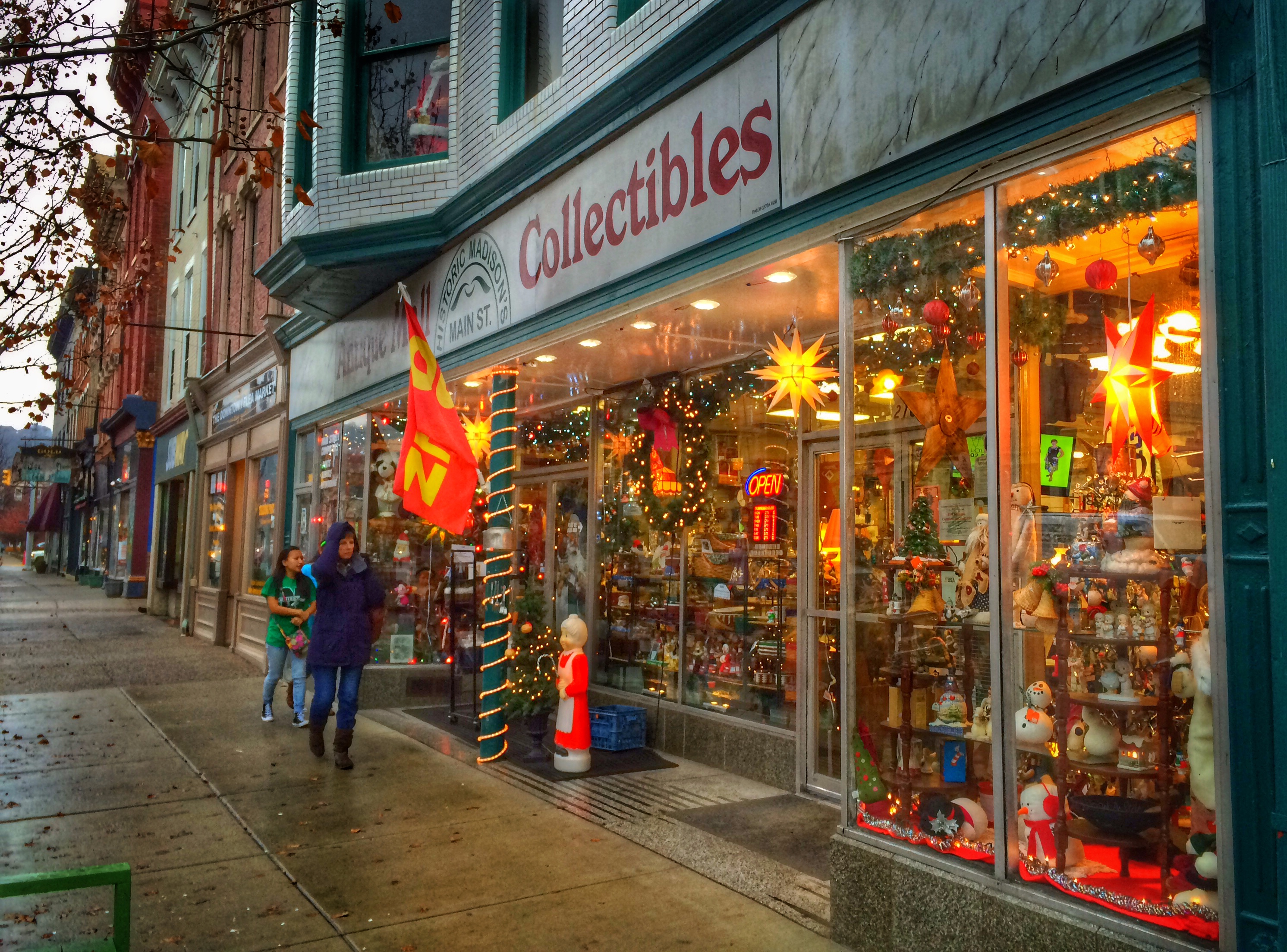 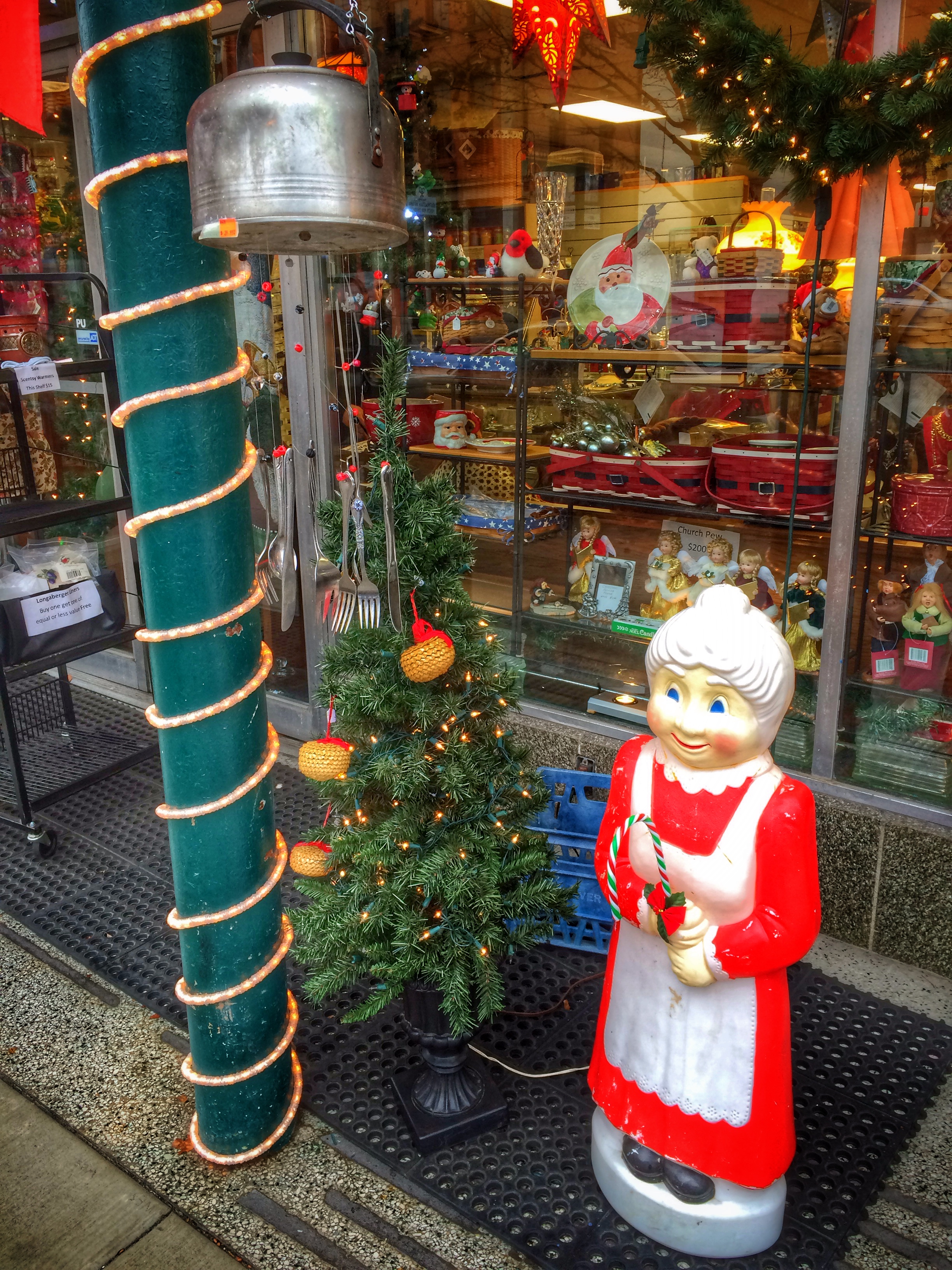 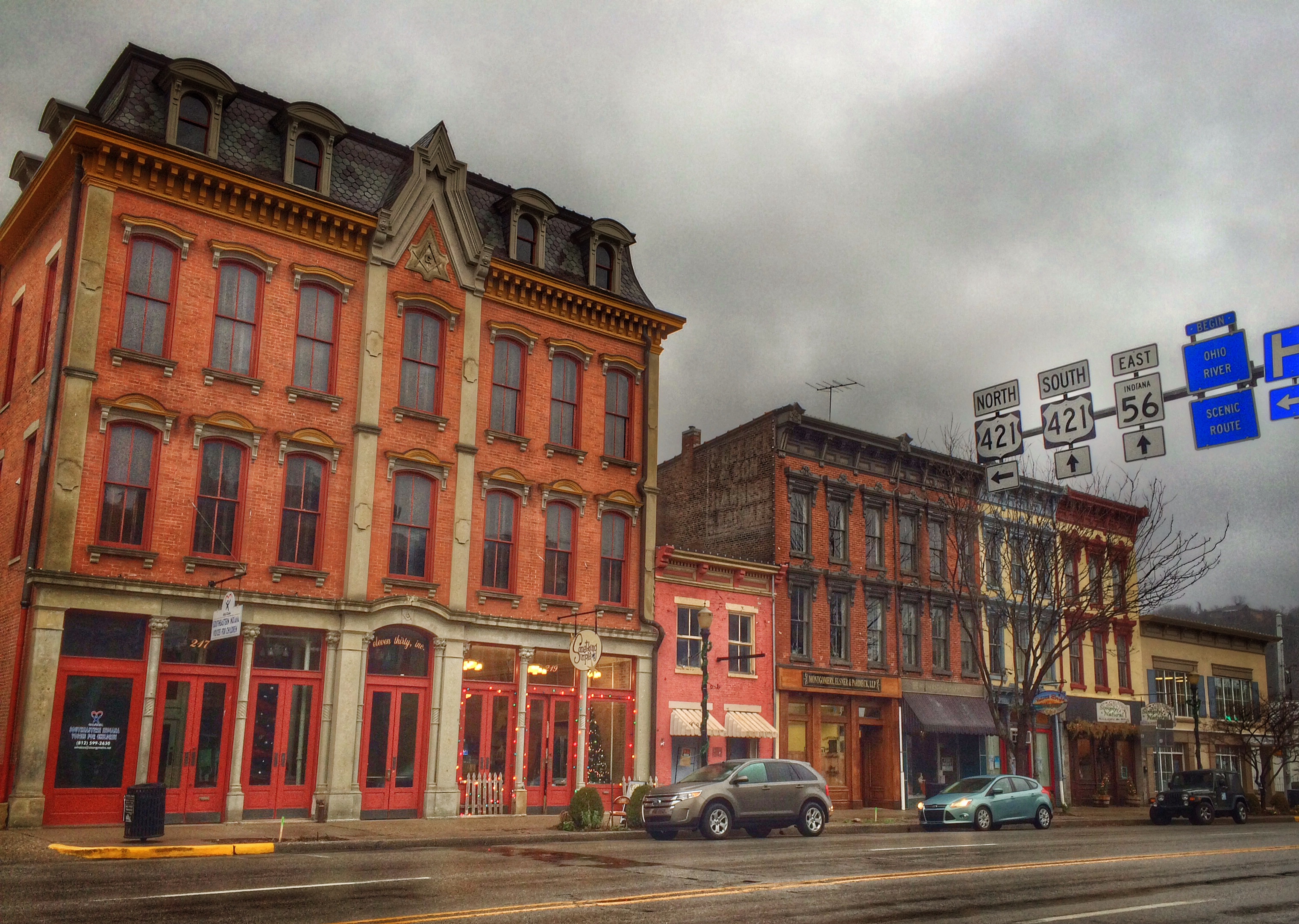 We wanted to visit Louisville in the morning, so we found a room at a Comfort Suites across the river in Clarksville. It was more than a little creepy. The hotel was back in a dark corner at the end of a road with four buildings — an abandoned restaurant, a hotel that looked in good shape but was absolutely dark and empty, a Day’s Inn that was open but only had two or three cars out front, and our hotel, which only had four cars in the lot. I walked into the lobby and said to the woman behind the desk, “I’d like a room, and judging by the parking lot out there, I’m guessing you have one.” She shot me a stern look and said, “We do at the moment.”

We headed a couple miles away to a Chick-fil-A for supper, then back to our hotel, which now had an additional car in the lot. I’m pretty sure that no more came in, unless they came in late and left early. I posted the following question on facebook:

When you check into an empty motel, do you think:

A. Good. This will be a quiet night.
B. What does everybody else know that I don’t?
C. I’m probably going to be murdered tonight.

In fairness, the room was somewhat spartan but clean and comfortable.