Over the Rhine Again

While we were planning our next trip to Columbus, I somehow found out Over the Rhine was performing in Cleveland on the night we flew into Ohio. I did some quick calculations and figured out that we could make it work. We invited friends to join us.

Our plane landed at 3:30 local time. We rented a stupid Nissan that kept beeping and telling me that the front-facing radar was unavailable. I didn’t care, and soon, what began as annoying became a joke. Later, it also gave us the warning that there was a  “low outside temperature.” It was 38°. We didn’t panic.

We arrived at the Music Box Supper Club around 6:00. It was in an older warehouse section of Cleveland along the Cuyahoga River. Several tall bridges towered over the club and the river and the roads down below. At one point, we were on a bridge over a canal under a bridge over the whole neighborhood. 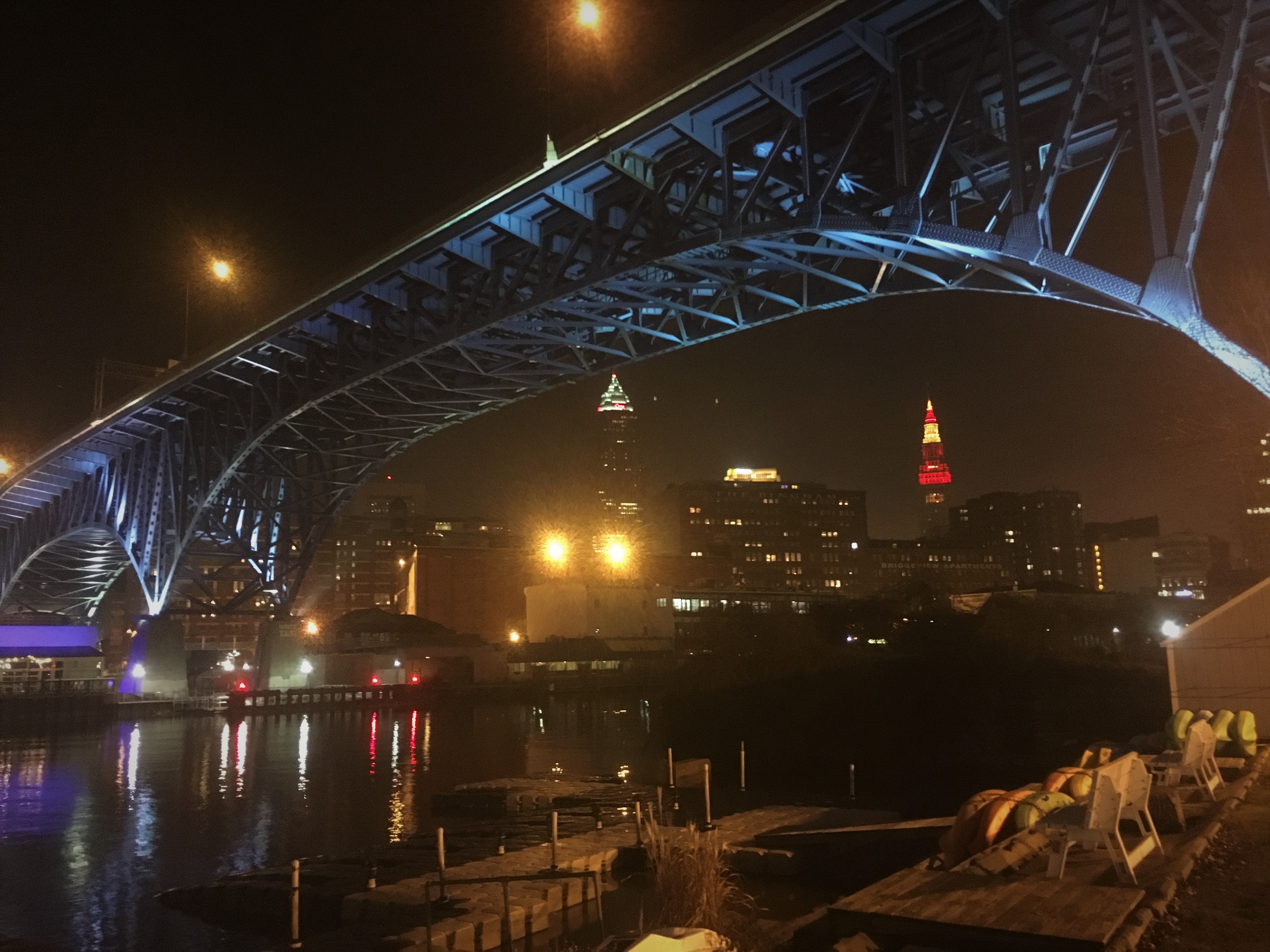 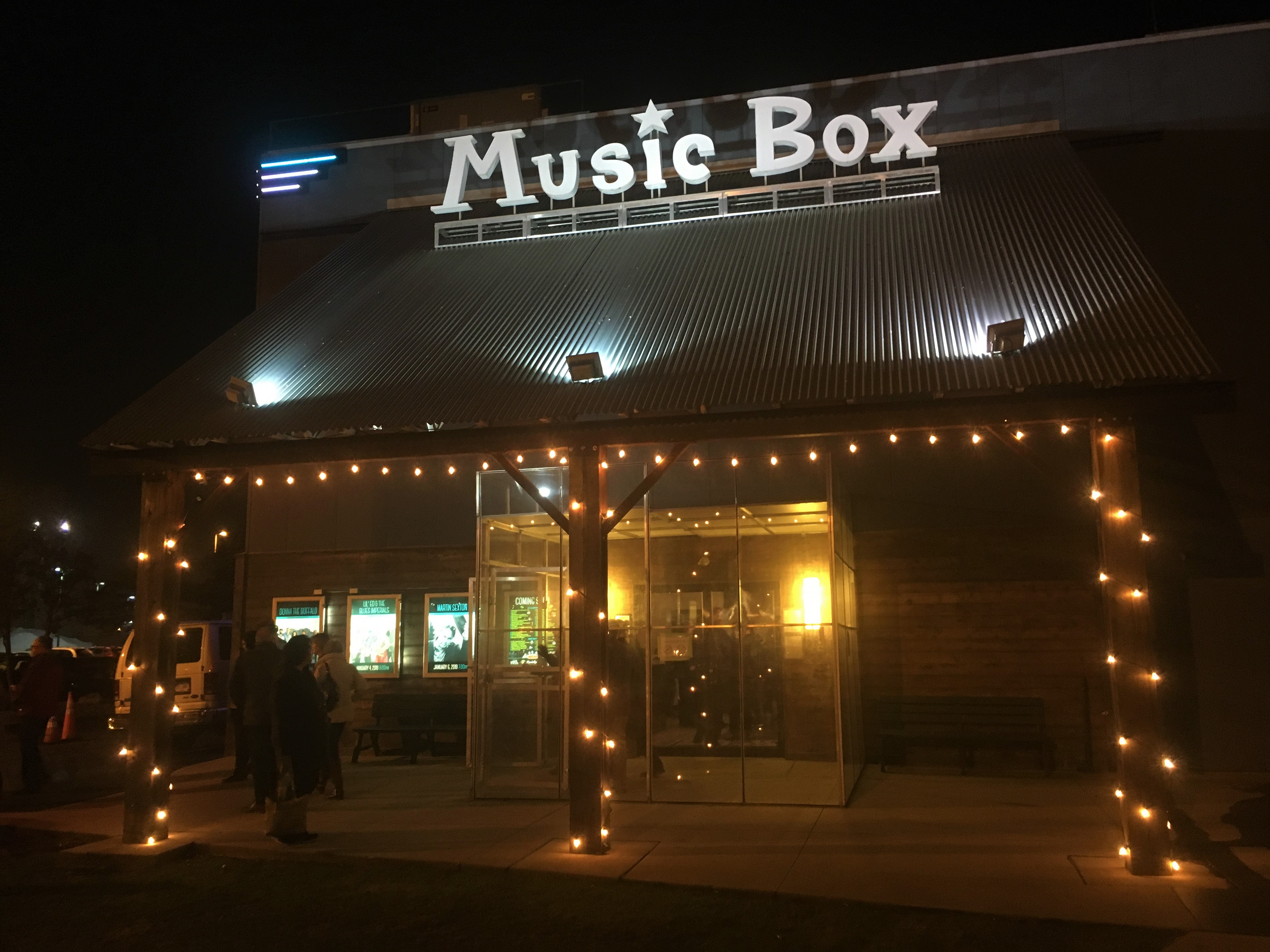 We were seated at a long table with four other people with the stage on our right. We had a fairly tasty and expensive supper—I had strips of steak over rice, my wife had pot roast.

The opening act was a guy names Clarence Bucaro who sang about eight songs. I haven’t added any of them to my playlist, but they weren’t bad. When Over the Rhine came out, there was just three of them—Linford, Karen, and Brad Meinerding (who plays several instruments and sings harmony). Because there were fewer instruments than last time, their sound wasn’t as dynamic. They didn’t play many of the songs I’m familiar with, and a lot of what they did play was bluesy. They’d crack a few dry jokes about their relationship or things that have happened to them, then play something fairly dark (but usually with a message of hope). They claimed to have invented two new genres of music—reality Christmas and apocalyptic love songs. 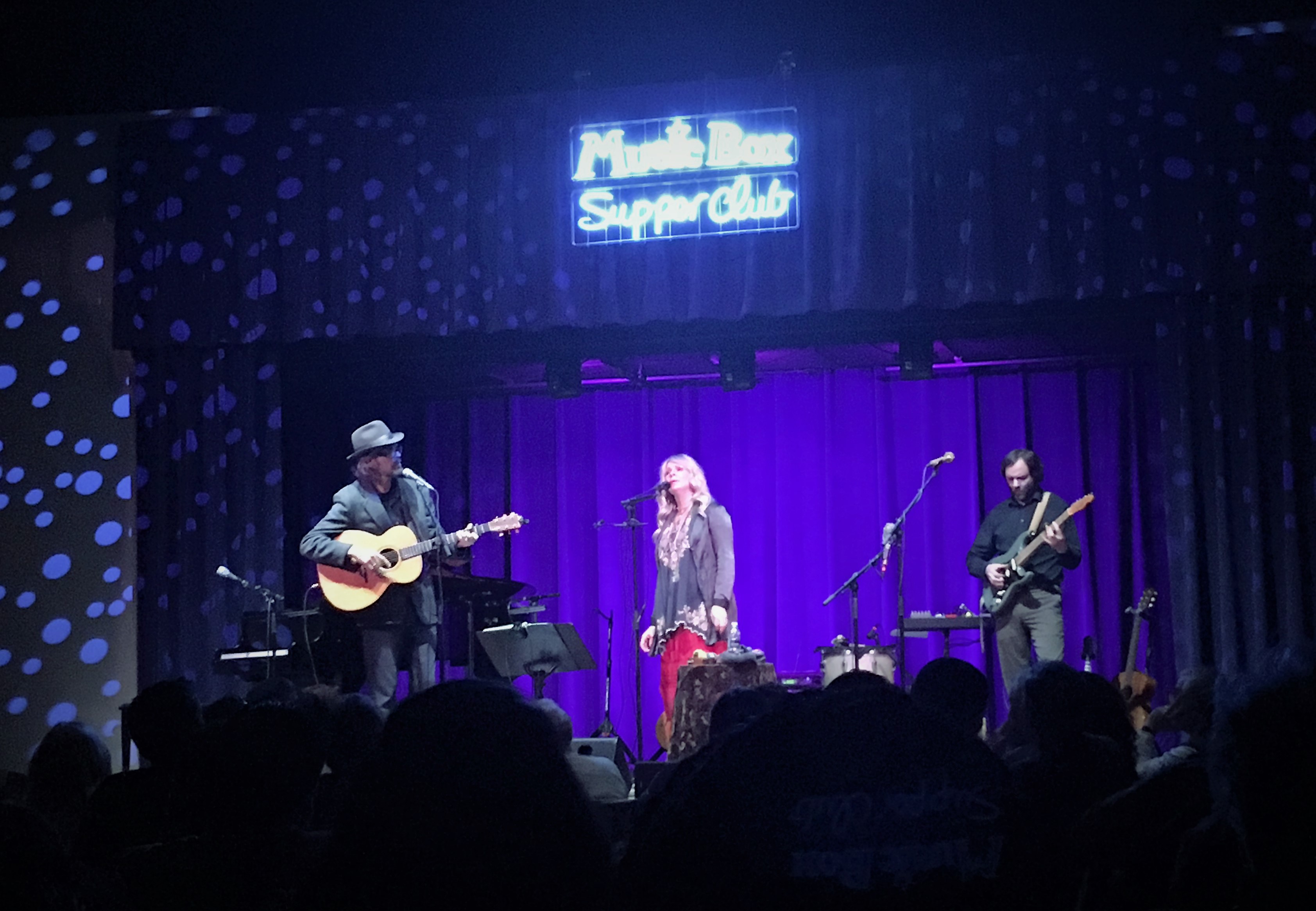 They played for two hours—including the silly bit where they say goodbye but the lights don’t go on and everyone knows they ‘re coming back out. The vibe wasn’t as cool as last time, but we enjoyed ourselves and were glad we made the trip.