Earlier this week, local birders started a Colorado Rare Bird Report Facebook page. I signed up, of course. This morning, somebody got on it with a live video of a Pink-footed Goose about 30 miles north of Denver.

Pink-footed Geese breed in Greenland and Iceland and winter in northern Europe. There are a few records from the US east coast, but none from inland. Yet there was a live video on my computer of a Pink-footed Goose just two hours away.

I had a half-vacation day, left over from my failed morning attempt at a Western Screech-Owl back in the early spring. I asked my boss if I could go and she shooed me out the door on my “wild goose chase,” as she called it. It was 11:15 am.

I drove home and changed my clothes and grabbed my binoculars. I was on the spot a few minutes after 1:00 and pulled over next to the group of birders with scopes. A friendly guy pointed out the goose as soon as I got out. I had forgotten my camera, so what pictures I have I took by holding my phone up to my scope. 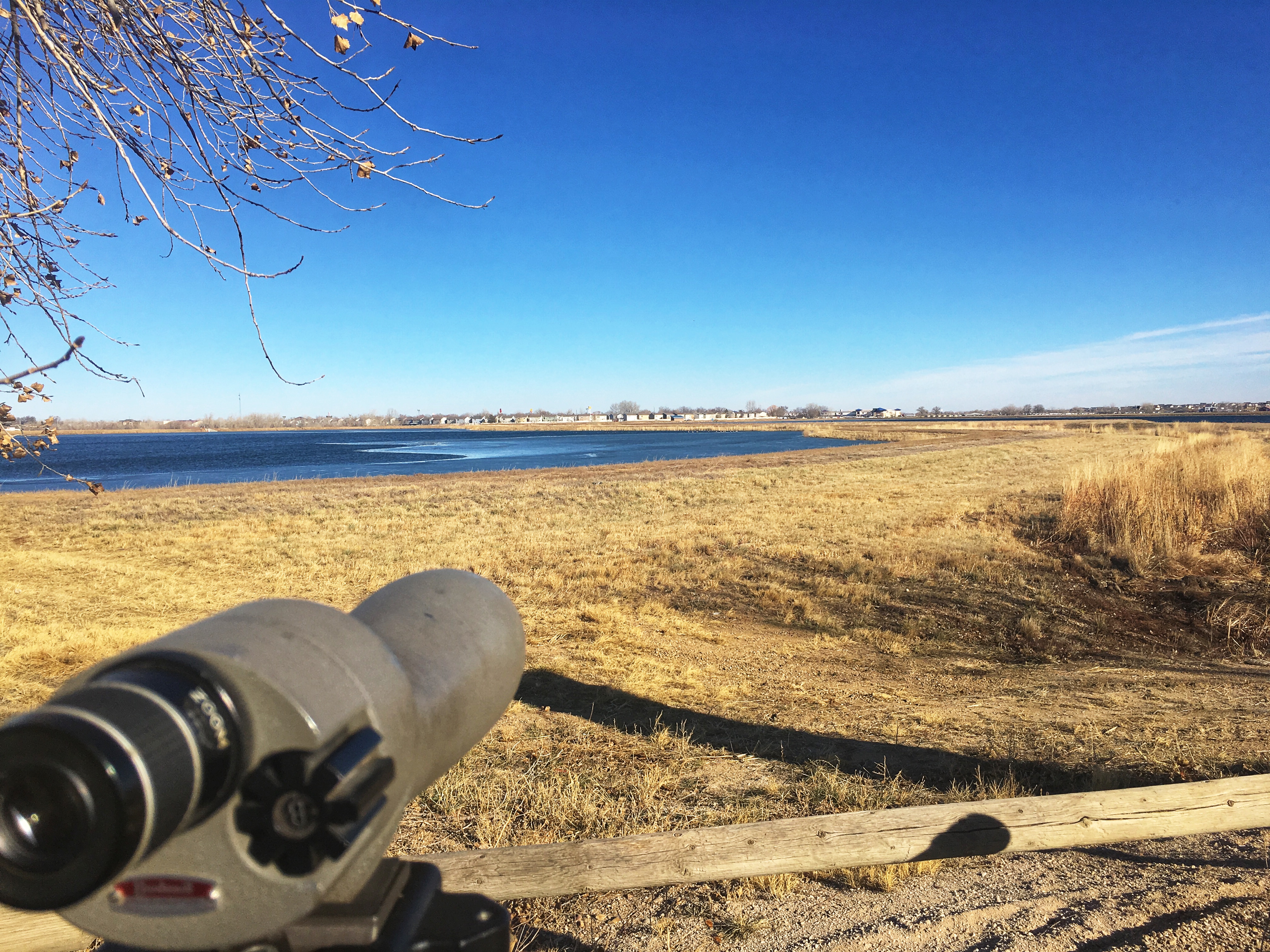 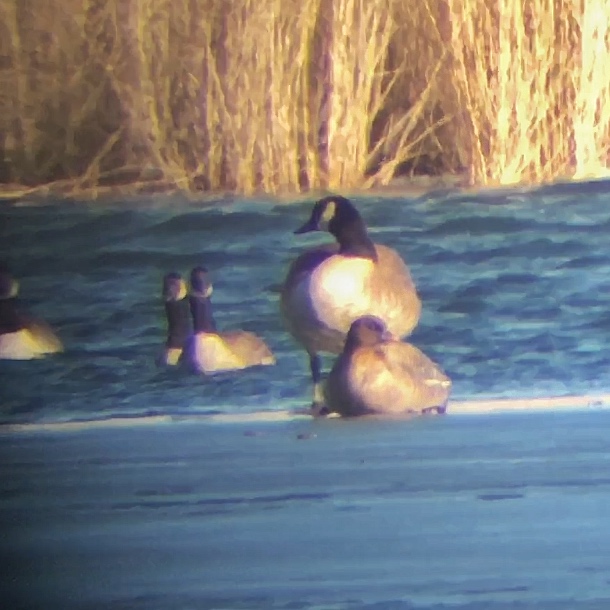 I couldn’t see the pink feet. Confession time. I never saw the pink feet. Maybe five minutes after I got there, the geese took off and flew maybe 400 yards to another pond where a couple hundred Canada and Cackling Geese were hanging out. I hiked up there with the rest of the birders, and we soon located it again. It had already settled into its sleeping posture. I got it in my scope, which helped me keep track of it a couple minutes later when another couple thousand geese flew in. At this location, the goose was a little closer to the road, and the light was a little better. You can clearly see all the relevant marks—except the pink feet. 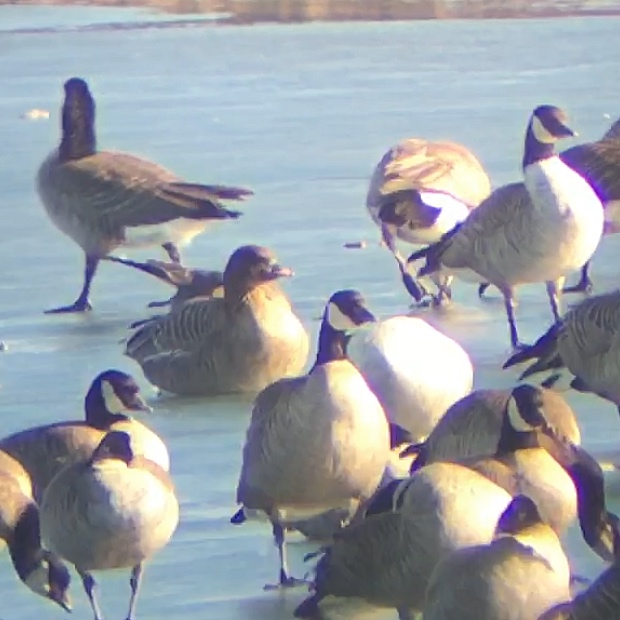 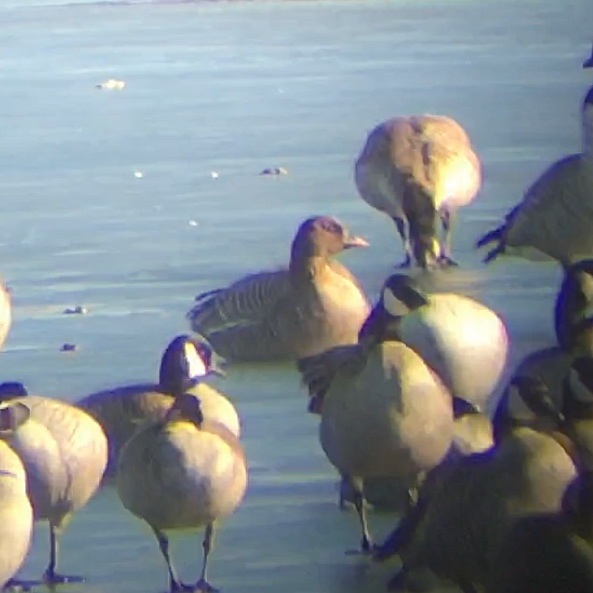 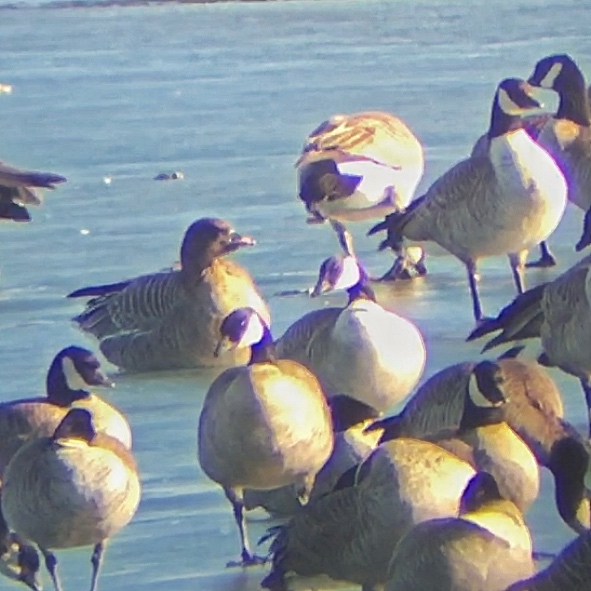 About four-fifths of the time, it had its head tucked so it looked like this. 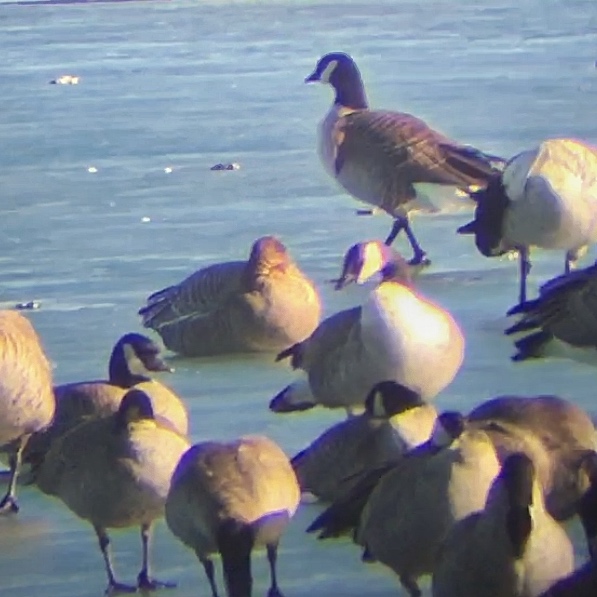 I was planning on hanging around for maybe an hour, in hopes that it would stand and I’d see the famous feet. But an immature Bald Eagle had other plans. He flew over the lake and the the huge flock of geese took off in a massive wave and broke into several flocks which flew off in several directions. The eagle is the large, dark bird in the middle of the video. You can get an idea of why we couldn’t find the Pink-footed Geese among the others when you noticed the massive flock of geese peppering the sky in the distance.

I drove around the area for a bit, and checked out a flock of geese on another pond, but I didn’t find the pink-footed goose again. I could have hung around but I had a two-hour drive ahead of me and I had no way of knowing if the goose would be found again. As it turns out, the goose was relocated around 3:00, feeding in the grass around one of the ponds where I first saw it.

A lot of waterfowl are kept in zoos and private collections. Many out-of-range ducks and geese are escapees. So there’s a question about whether to count this bird. The question is based on location—Colorado is a very long way from Greenland. The arguments in favor of it being countable are that the wing and tail feathers are in very good shape—unusual in a captive-kept bird. It hadn’t been pinioned (cutting it’s flight feathers so it can’t fly). And it was’t wearing a band. All of the local experts who have strong opinions on these sort of things believe this to be a wild bird. It won’t be official until the Colorado birding committee decides to add it to the state list. But unless I hear a definite report that it’s a known escapee, it’s on my list.

Postscript: I went back to the area four days later to look (unsuccessfully) for a Gyrfalcon. The goose had moved to Firestone Lake, perhaps five miles from where I saw it. It was hanging around with several thousand Canada and Cackling Geese. I got great looks as it swam with its friends, but I still didn’t see the pink legs.

Postscript 2: I headed north again on January 5, 2019 for another unsuccessful attempt to see the Gyrfalcon. I stopped at the lake again, and this time I saw the pink feet. The Pink-footed Goose was grazing on a golf course next to the lake with a small flock of Canada Geese. 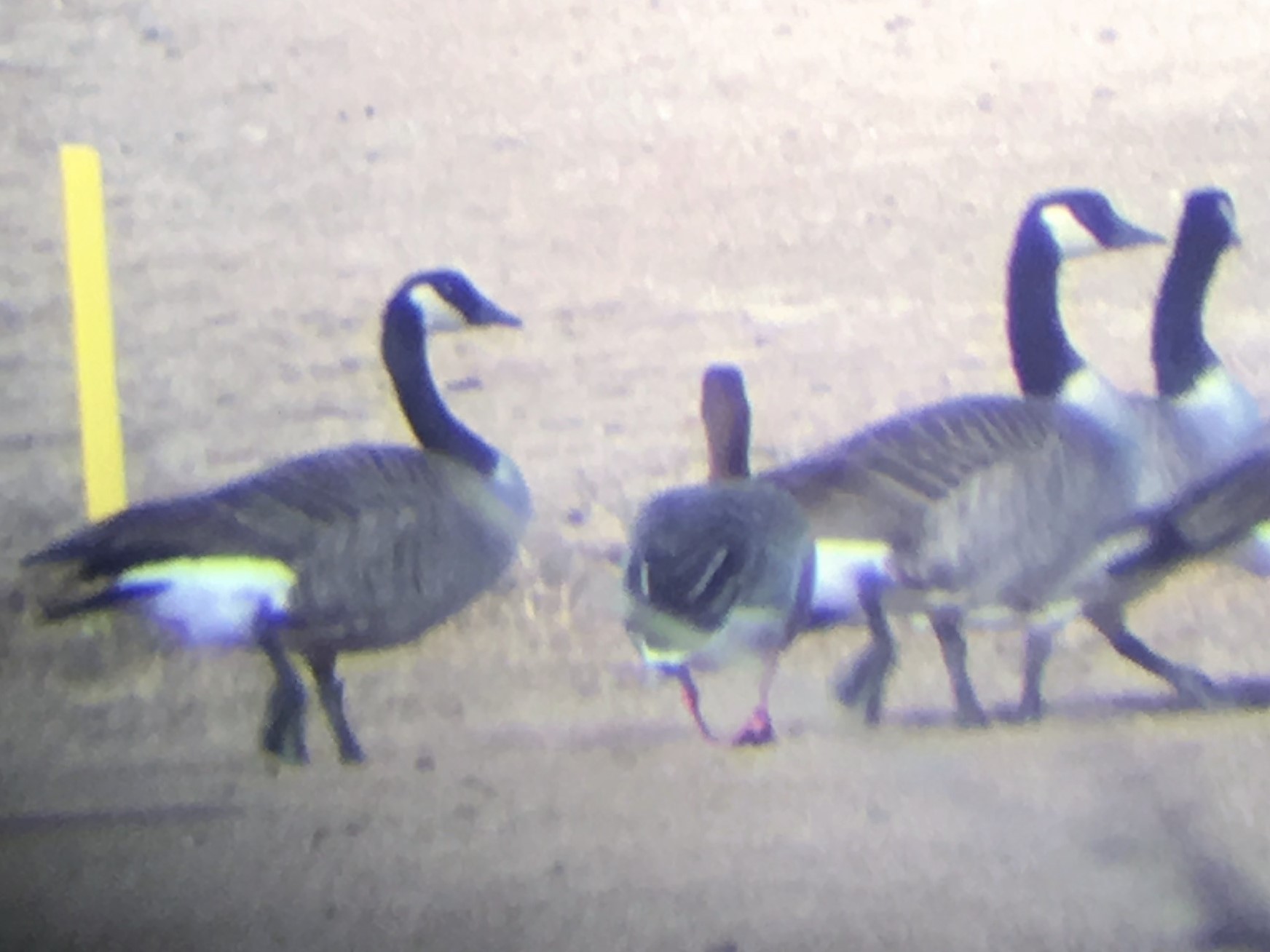 Word came down a few weeks later that the Colorado Records Committee has decided not to validate this goose by adding it to the state list. You can read my rant on that here, and watch some video of the Pink-footed Goose.

On September 8, 2019, I saw a post online that informed me that the Colorado Records Committee has now official added Pink-footed Goose to the state list. So there you have it—it’s officially official.