We stayed at The Stanley Hotel in Estes Park for two nights over Thanksgiving. On Friday morning, we ate breakfast at The Egg and I. My wife had avocado toast for the first time, and liked it. I had a skillet, which would have been good if not for the hollendaise sauce dumped on top. The service was great, and when we asked on the way out where the best place to park in town would be, the manager told us to leave the car in his lot.

We didn’t make it far. The wind was howling, as it would continue to do all day, and the stores didn’t open for another hour. We headed back to the car and went back to The Stanley to visit its gift shop.

We made another try in town shortly after 10:00. One of the first stores we visited was an antique store that specialized in small stuff—jewelry, coins, autographs of famous people. There were drawers and drawers of interesting stuff. I bought a Confederate States of America $5 bill. My wife got a locket and an old tin of gramophone needles. It’s unlikely I’ll ever drive through the town again without stopping there. We visited several other stores and spent a lot of money on stuff. We bought some caramel corn at the most interesting-looking store in town, but the corn wasn’t very good. 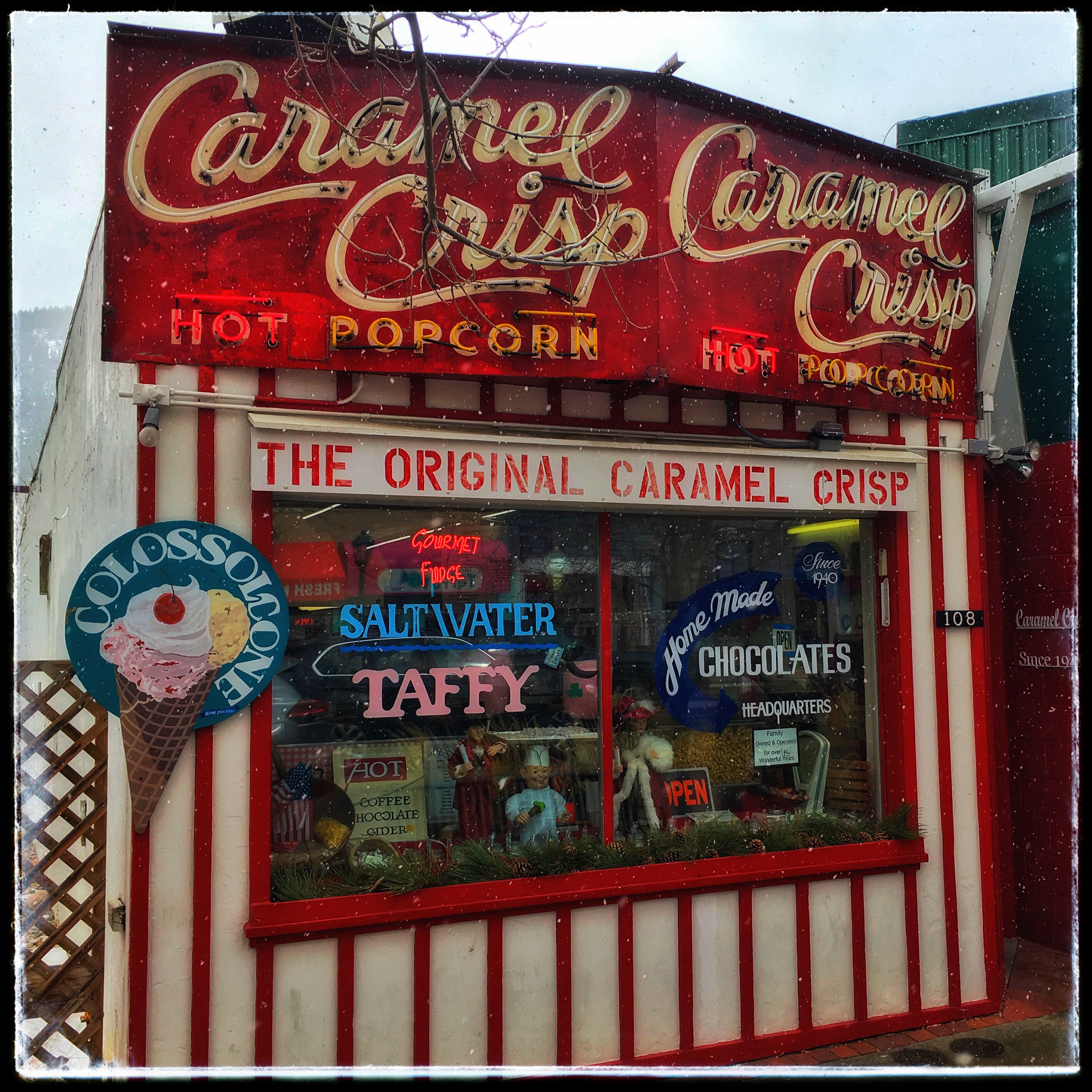 When we’d exhausted our capacity for shopping, we went to the Estes Park Pie Shop. We split a grilled-cheese sandwich and each had a piece of pie. The food was good but not over the top, but once again, the service was amazing.

We hung out in the hotel in the afternoon. After our tour, we walked down the hill in the dark and found a spot on the sidewalk in time to watch the “Catch the Glow” Christmas parade. This was serendipitous—we had no idea it would happen while we were in town. The wind was still blowing hard, but we were adequately attired. The parade wasn’t long, but the floats were pretty fancy and well done. The only criticism I can come up with is that the town isn’t all that well lit, so much of the parade stuff was hard to see—as you can’t see.

On Saturday morning, on our way out of town, we ate breakfast at the Notchtop Cafe. Once again, we had adequate food but very competent and friendly service. Everyone we met in Estes Park, excluding some of the staff at The Stanley, was very friendly. For such a well-known and popular place, I expected a vibe more like Manitou Springs or Boulder. But the town had a conservative feel. We saw evidence that at least a couple of the store owners were some brand of evangelicals. We liked the town a lot.

This entry was posted in Cities, Food, Stores. Bookmark the permalink.