Hoping to get some photos of prairie birds, I drove the two-and-a-half hours up to Pawnee Grasslands. I almost didn’t go—I hadn’t slept at all well for two nights. But the weather was supposed to be almost perfect, 70° and clear with calm winds.

The previous time I was here, back in May 2018, I had the entire grasslands to myself. Today there were a lot of people around, including a bunch of motorcyclists who weren’t there to see nature. There were Lark Buntings, Horned Larks, and Western Meadowlarks every few feet, but not much else. 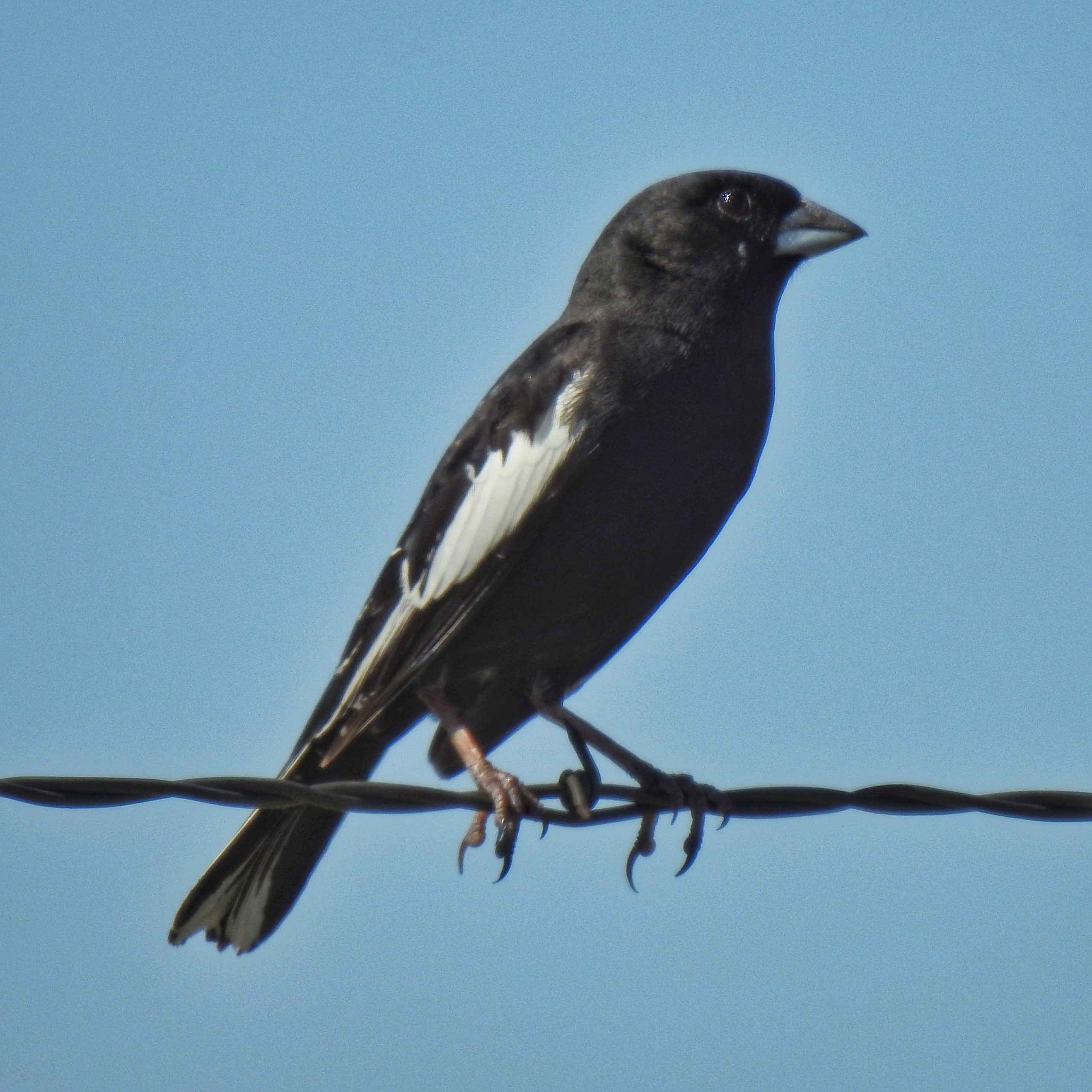 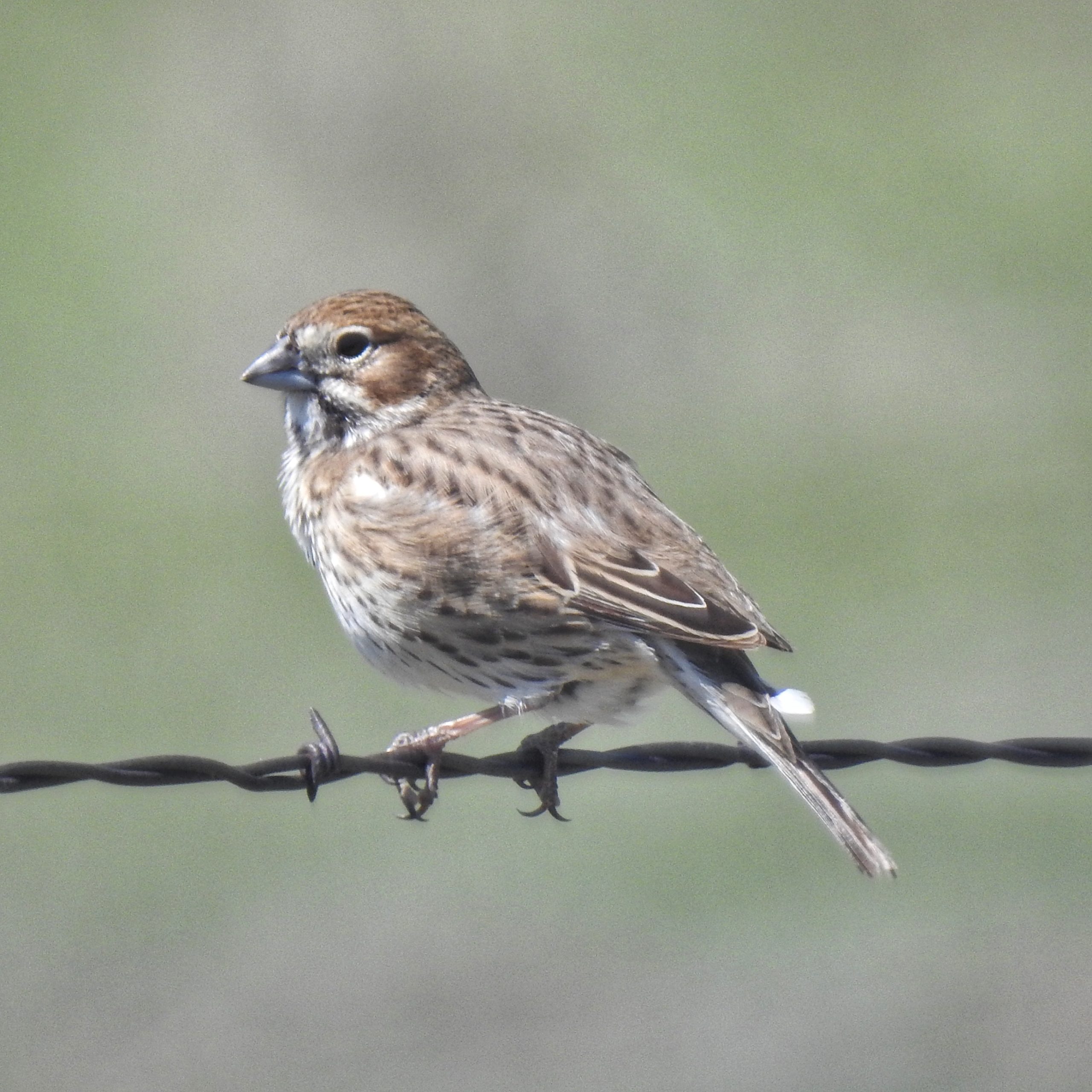 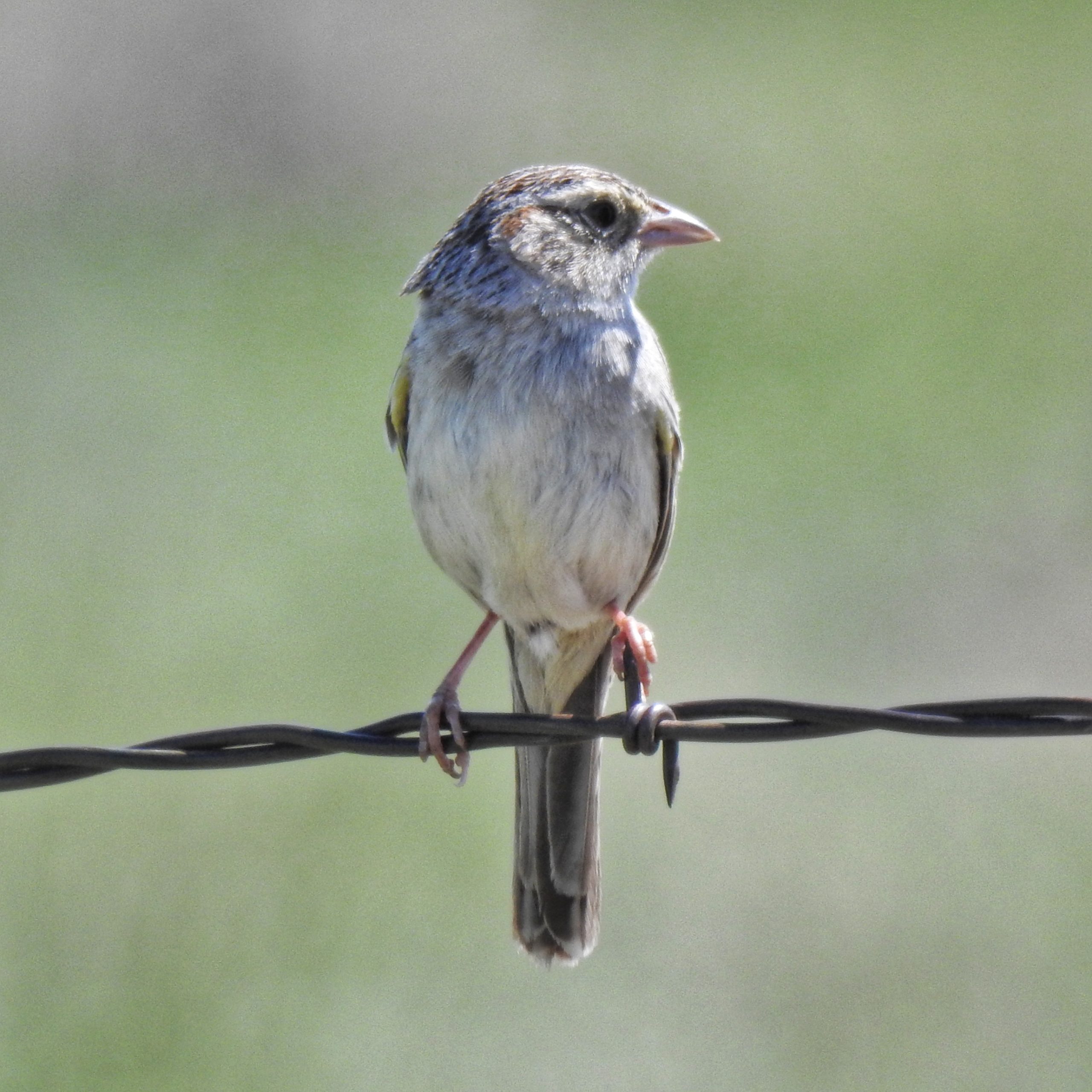 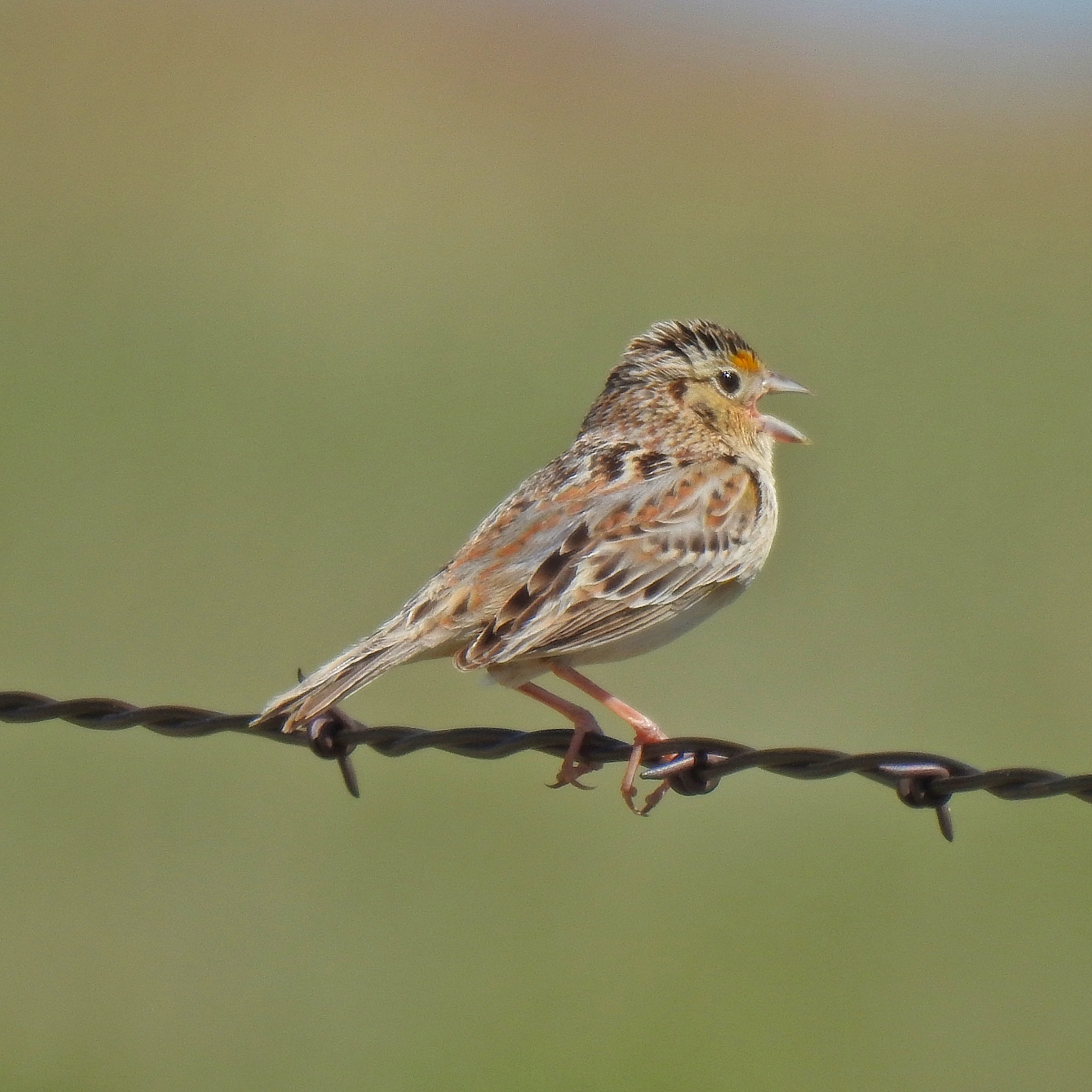 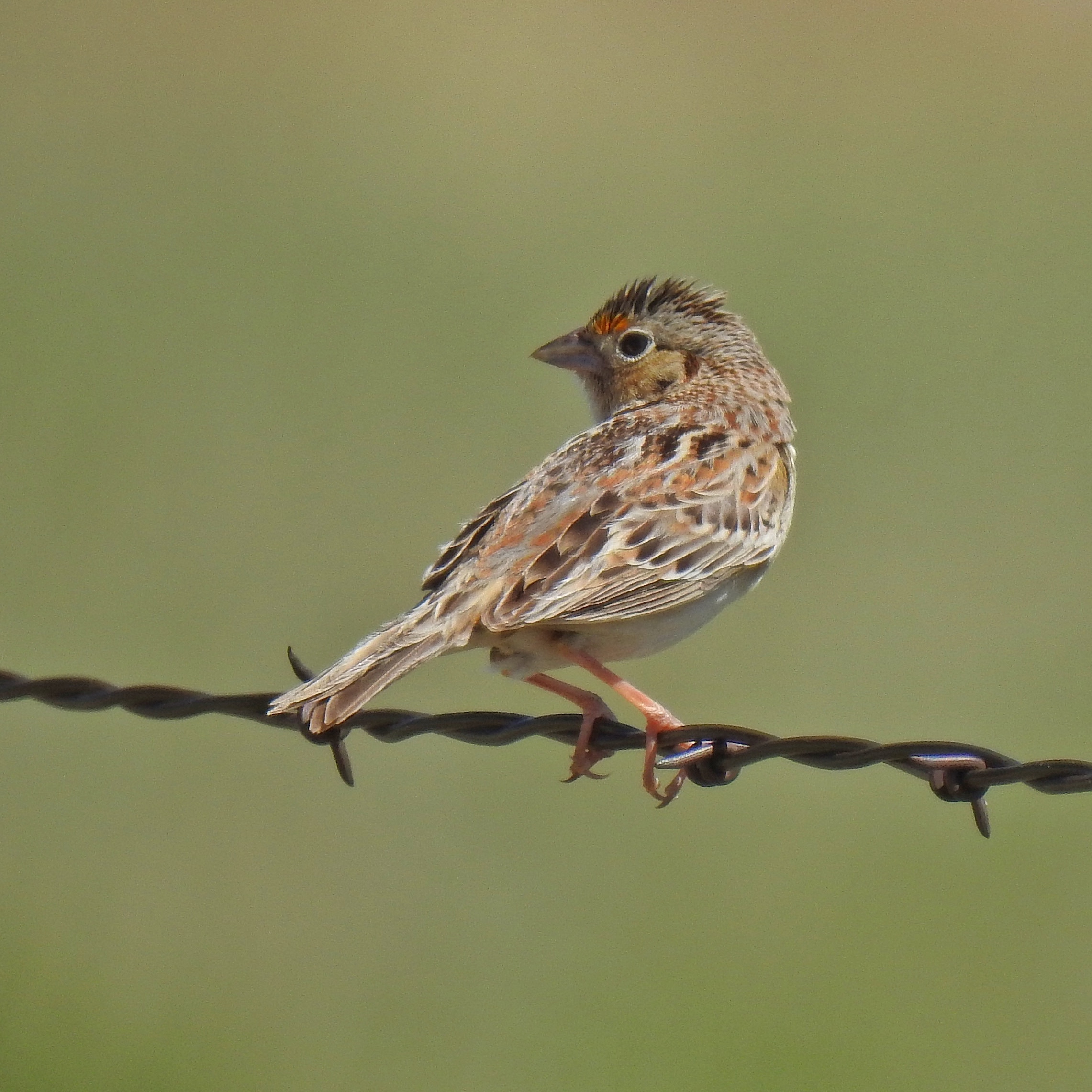 I met a couple who were walking back from a small grove of cottonwoods. They said they’d seen a lot of birds in the grove, so I decided to park and walk the mile-and-a-half round trip. I found two Western Kingbirds, two Eastern Kingbirds, a Brown-headed Cowbird, a Chipping Sparrow, a Lark Sparrow, an Audubon’s Warbler, a Green-tailed Towhee, and a Hermit Thrush hanging out by the seven trees. 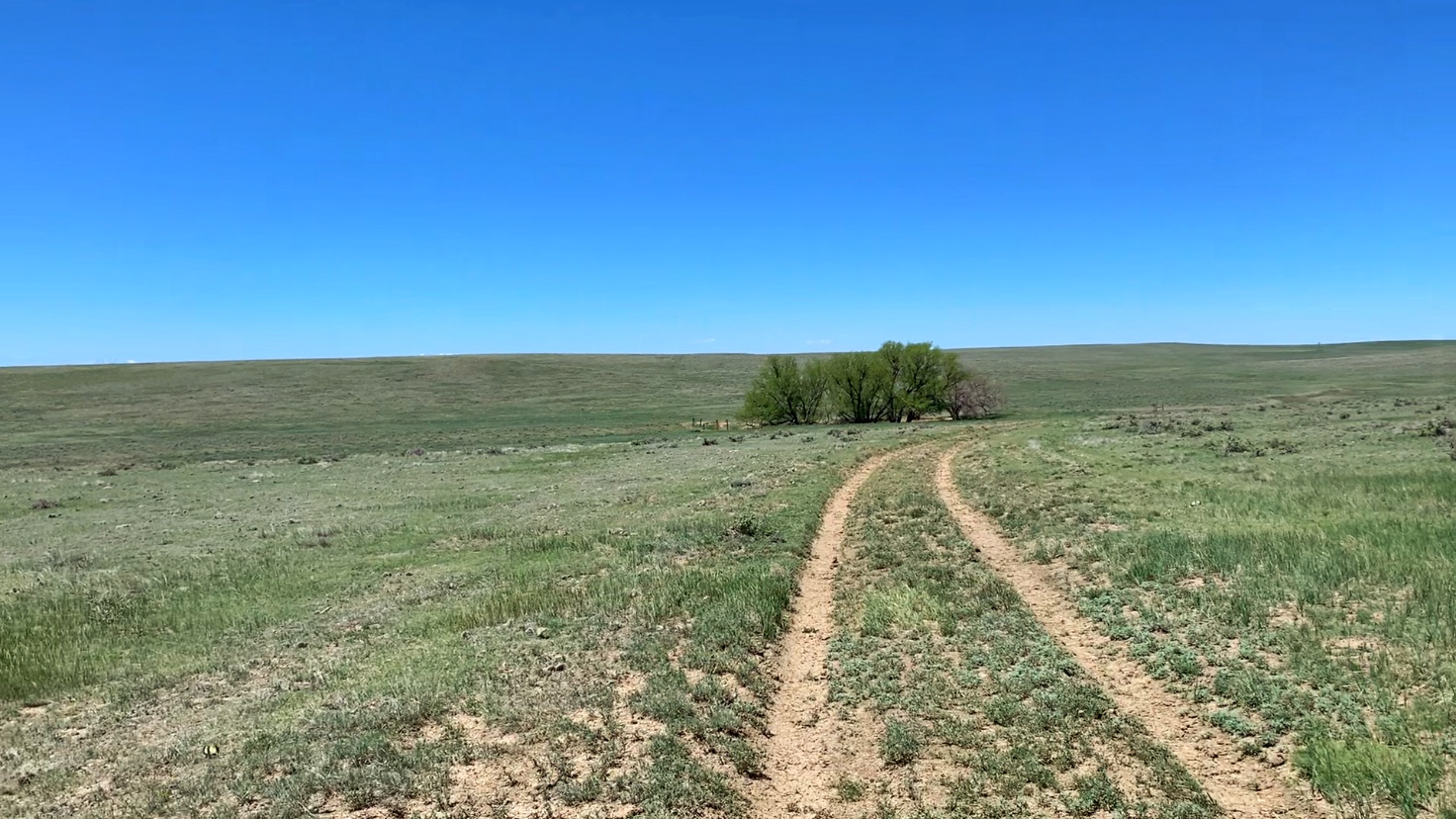 I did manage to find a lone Cassin’s Sparrow and three Grasshopper Sparrows along the drive, two of my target species, but I completed the entire auto tour route without seeing any of the others.

It was already past 2:00, and I was tired. I contemplated heading home, but decided to drive 20 miles west to another part of the park where Chestnut-collared Longspurs had been seen recently. I was looking for Road 47, but missed it the first time by. I turned around and looked more carefully. This time I found it. 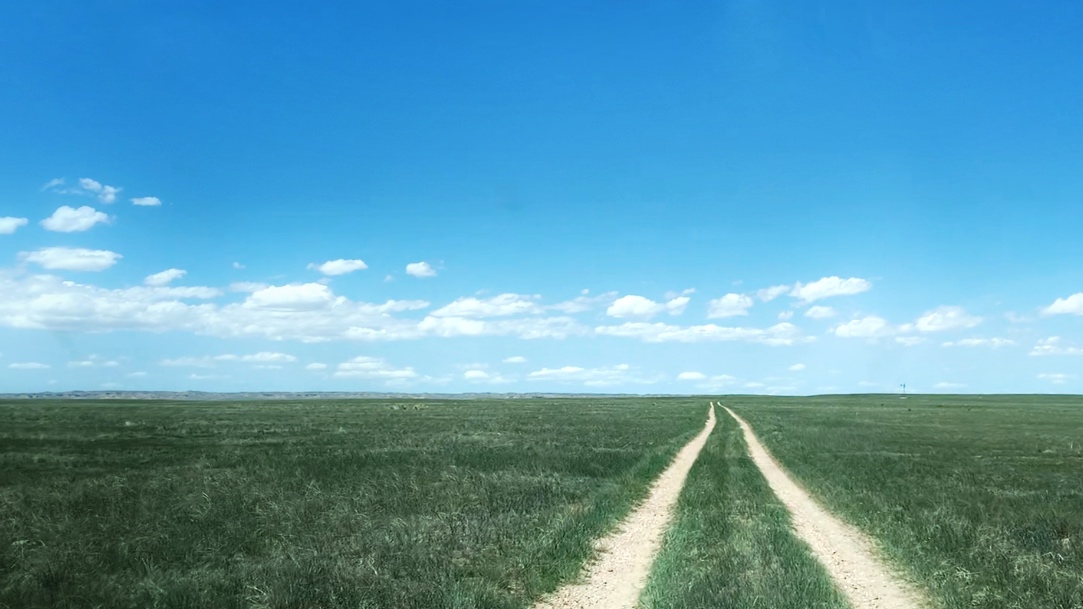 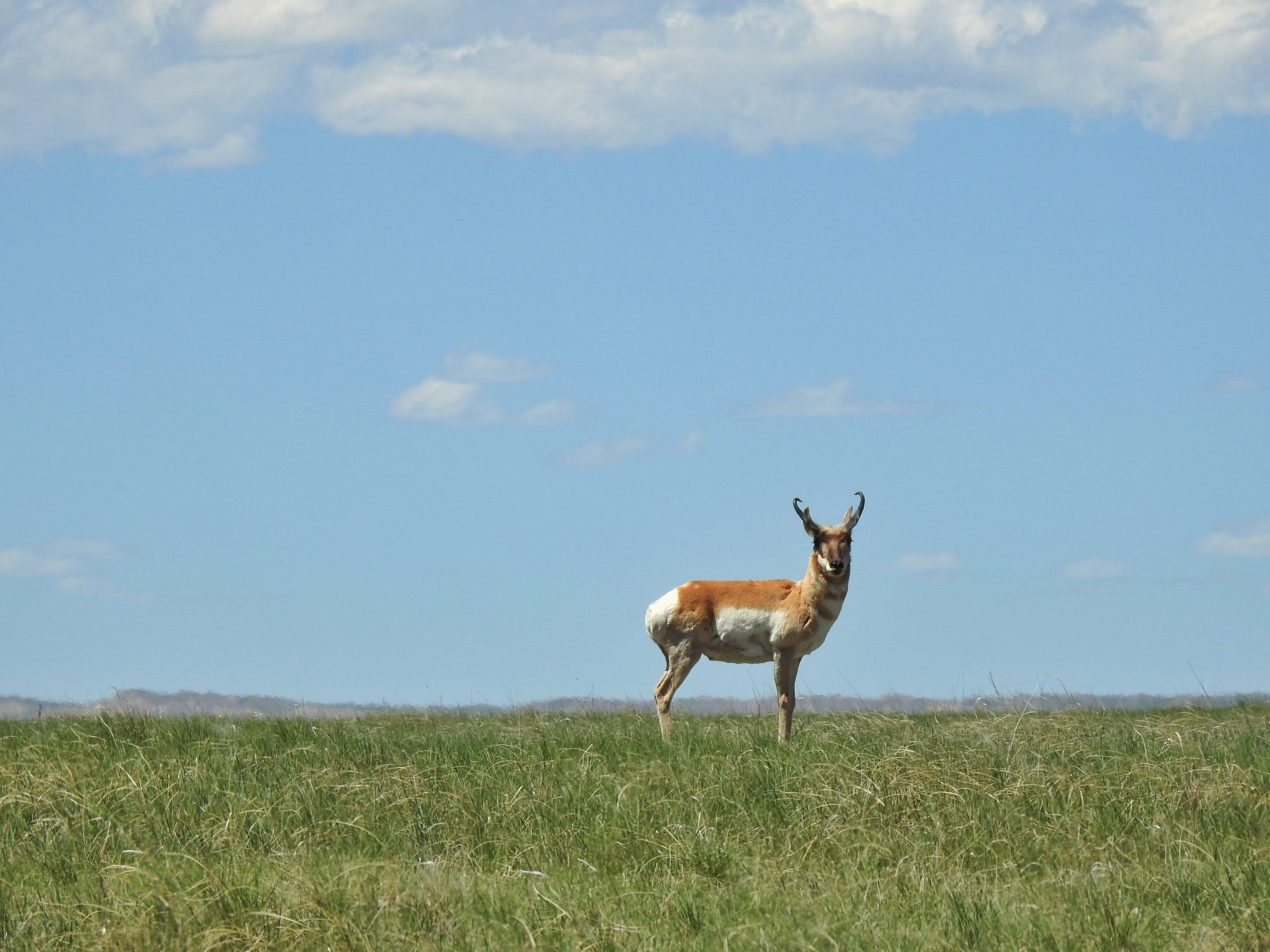 I did see three Chestnut-collared Longspurs, but they were too far off in the grass for good photos. I had to drive carefully to avoid bottoming out my car, and for that reason, I spotted a horned lizard (next post). I drove back to the start of the auto tour route to take another stab at McCown’s Longspurs without success.

By this time it was 4:00. I still had a two-and-a-half hour drive home. But I’d made the effort to get all the way up there and I knew I wouldn’t return this year. I decided to drive to the eastern portion of the grasslands to look for Mountain Plover. When I got to the spot, my search seemed hopeless. There was a lot of flat land covered with cactus, which made it unlikely that a plover would be easy to spot.

I was about to give up when I saw a McCown’s Longspur on the roadside fence. Before I could get a photo, it flew 50 yards off into the field. I managed to track it and even take some lousy video. At one point, it was feeding two (that I could see) young on a nest. As I was watching it through my scope, I saw another bird nearby. I moved my scope to look at it—it was a Horned Lark—and right behind it was—a Mountain Plover! 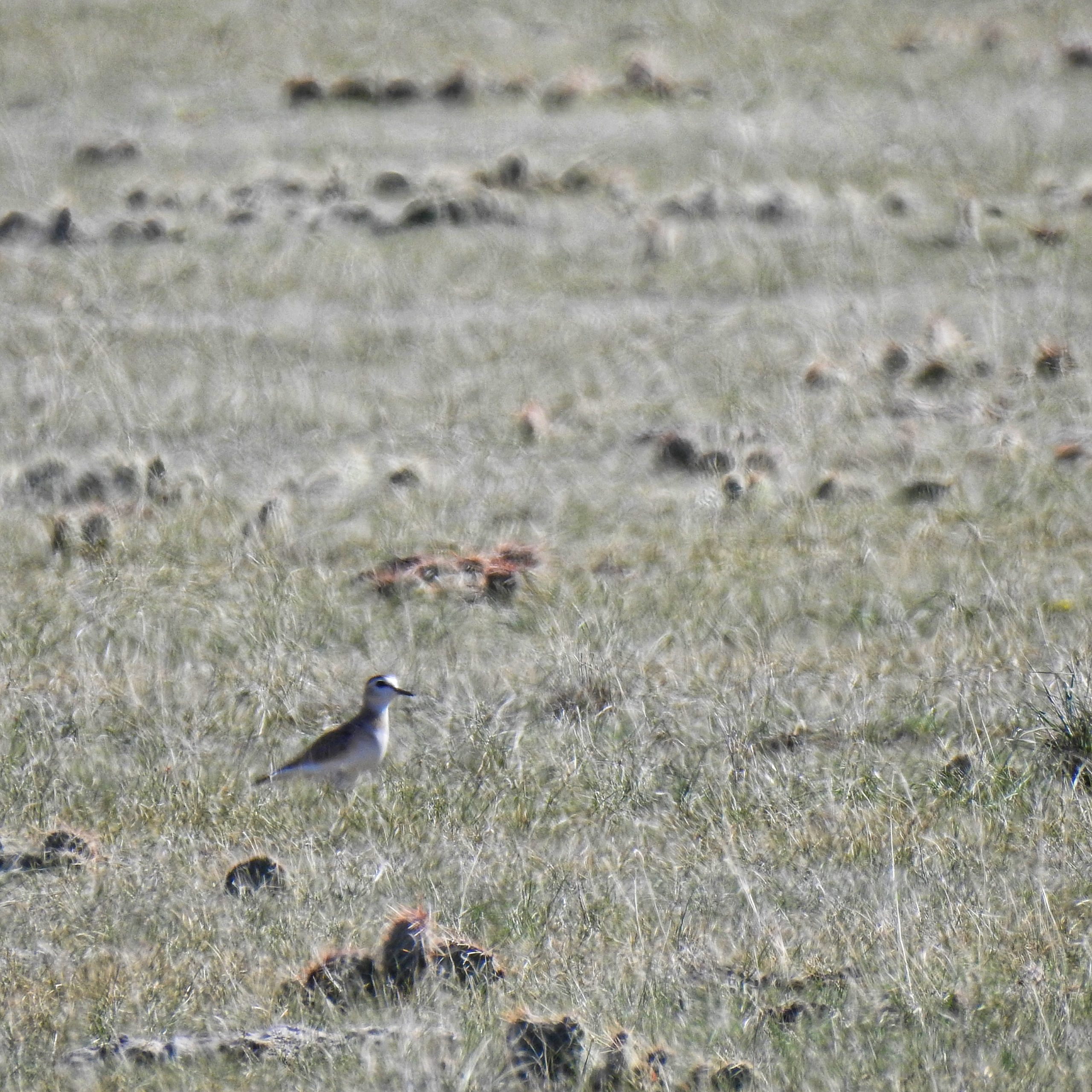 So even though the day was long and the birds were few and scattered, I managed to see all that I was looking for except a Long-billed Curlew. I stopped at McDonald’s for my first meal of the day and got home around 8:00 pm.

This entry was posted in Birds, Mammals, Reptiles, etc.. Bookmark the permalink.