I got up at 6:30 and headed for northwestern Arkansas. My first stop was Pea Ridge National Military Park, the site of a Civil War battle that took place in March, 1862. 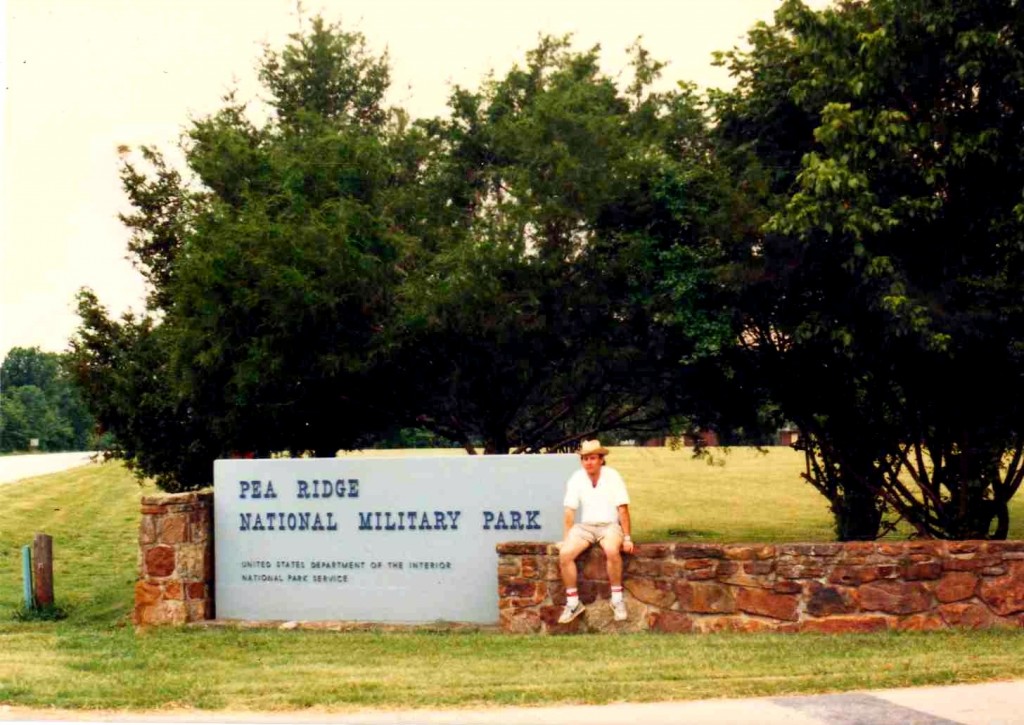 I viewed all the displays and watched the video, then drove around and obediently stopped at all the tour stops, most of which looked like this. 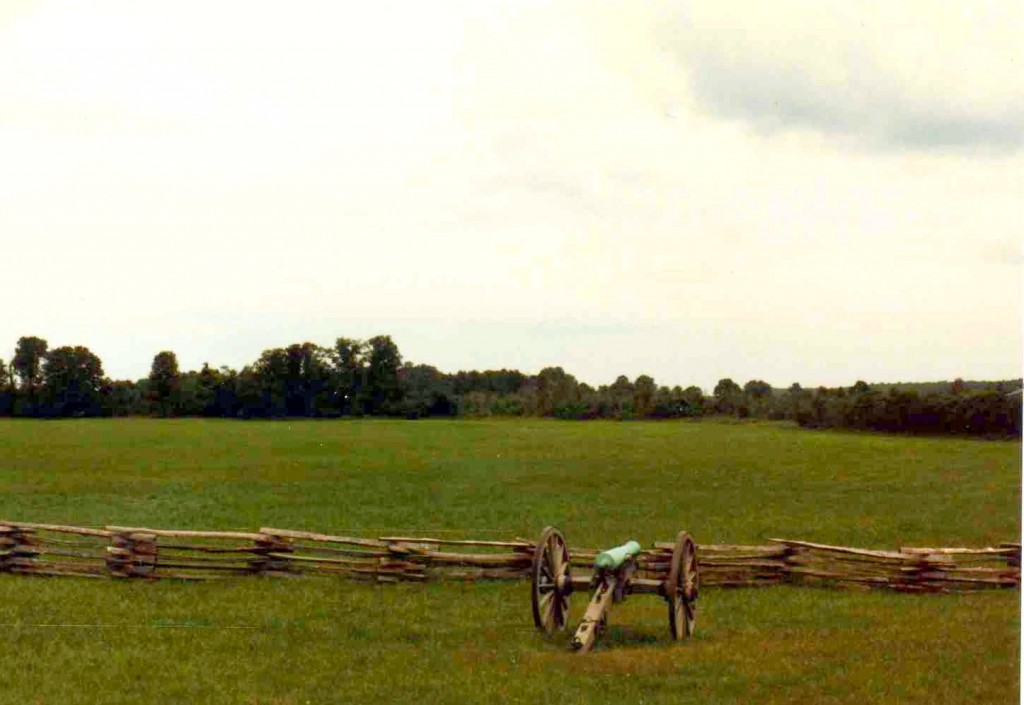 The road also climbed the ridge where I got this panoramic shot of the battlefield.

The most interesting stop was the Elkhorn Tavern. The battle began and ended near here. The original building burned down shortly after the battle. This one was built shortly thereafter on the old foundation. 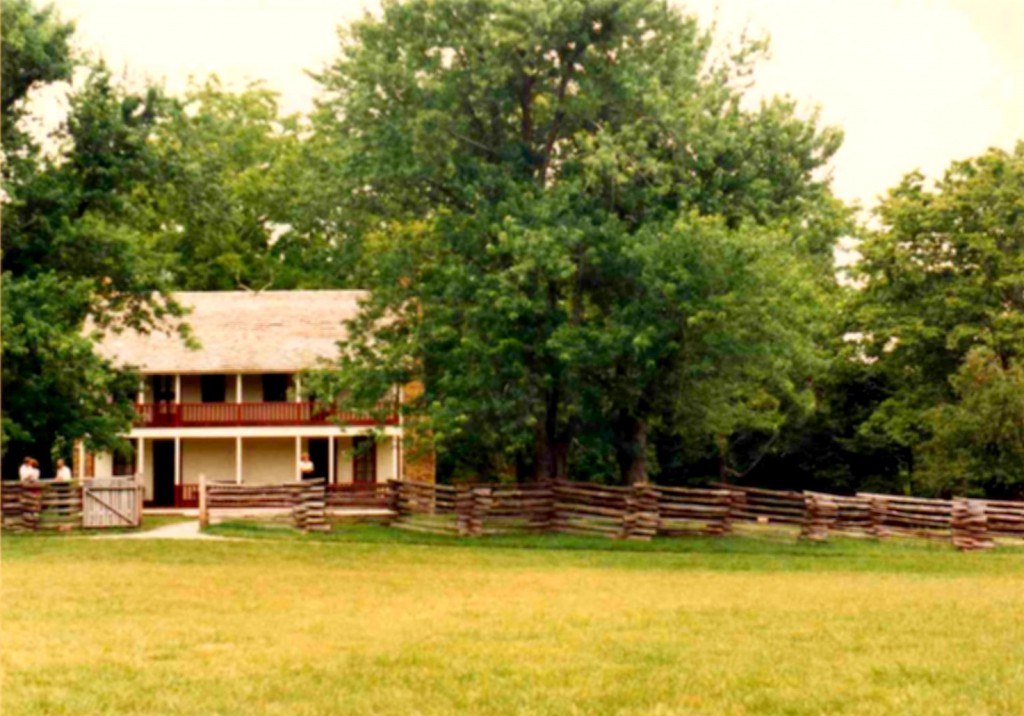 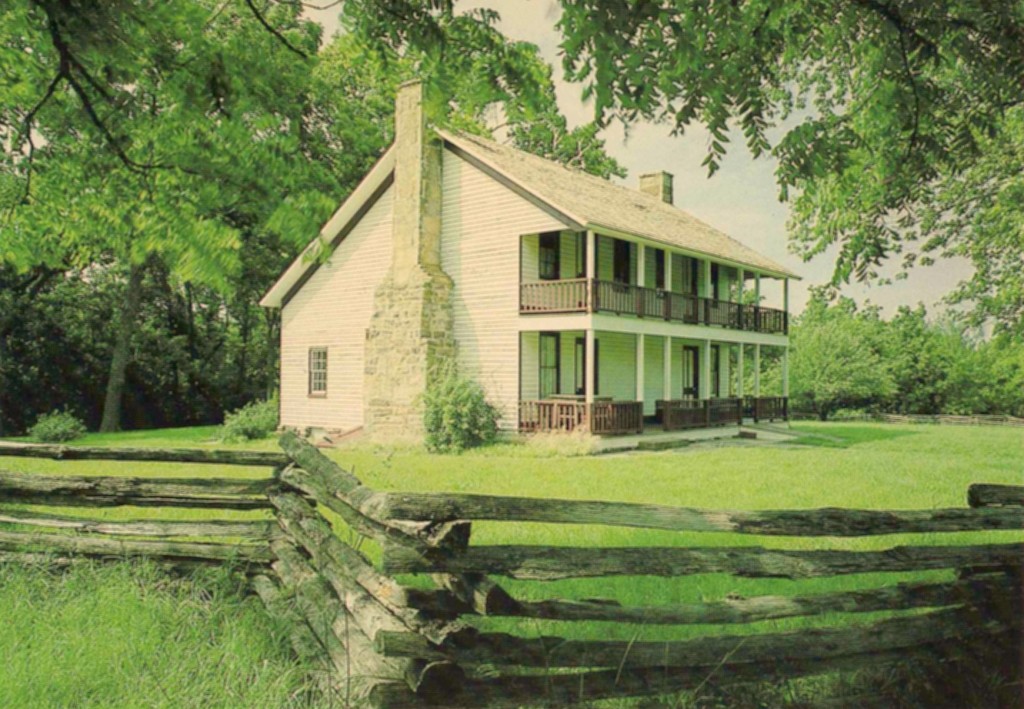 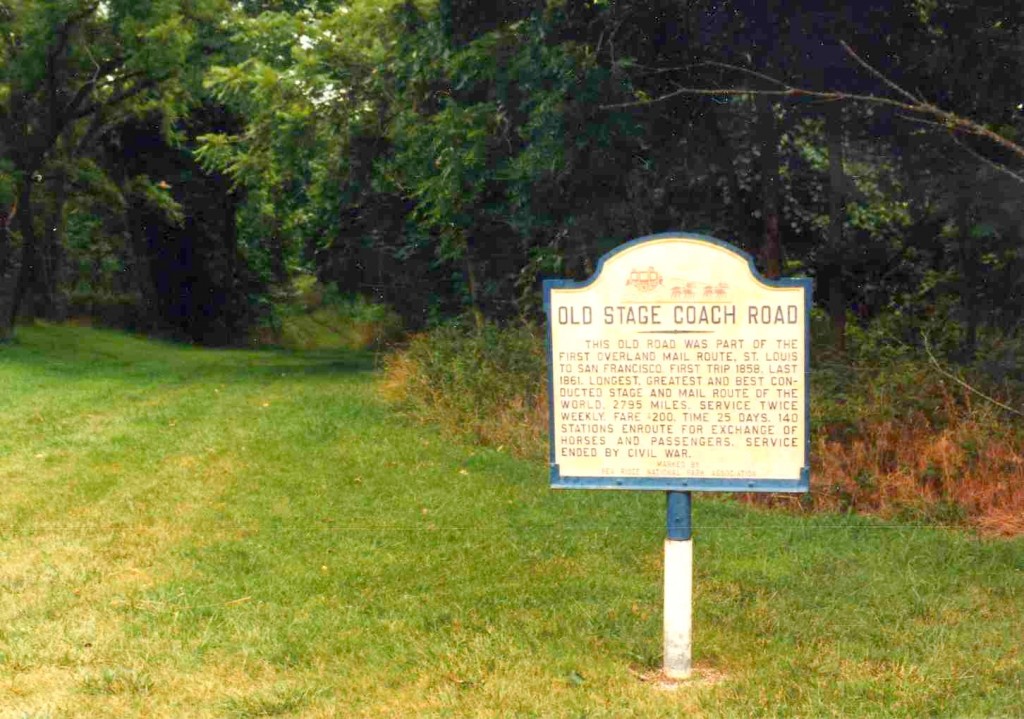 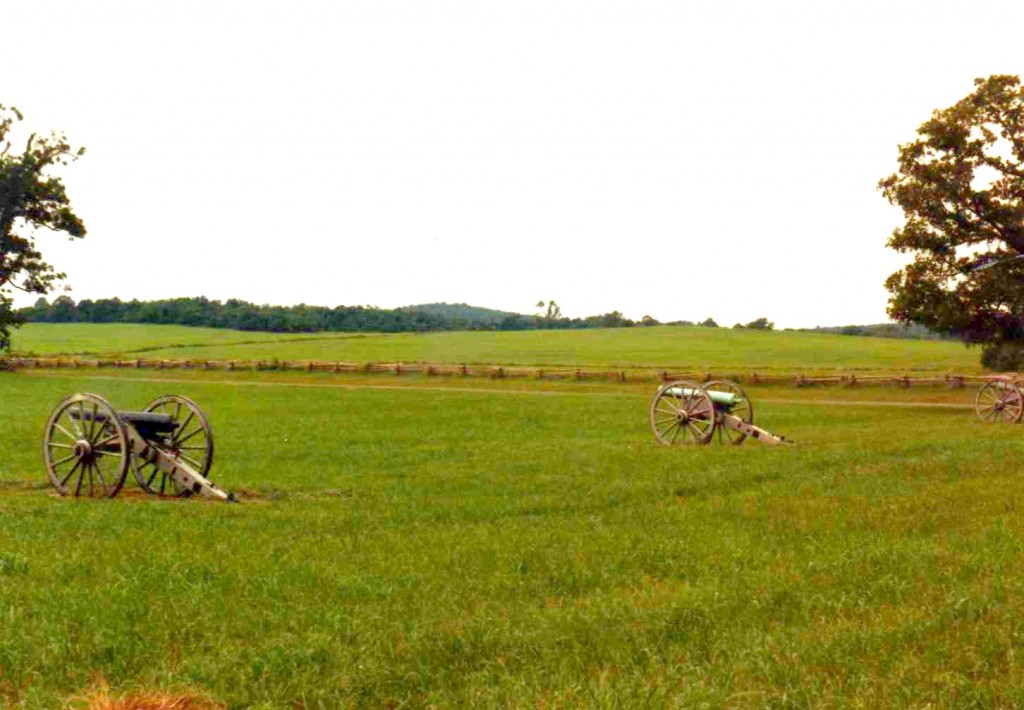 After I left Pea Ridge, I headed southwest to Prairie Grove battlefield. I missed my turn-off and ended up driving through Fayetteville on the business route. The road was loaded with trucks and had a stoplight every seven feet. At one point, just as I was stopping for a red light, an old geezer in a ratty blue pickup pulled very slowly out in front of me. I had to brake hard, and in irritation I cut over into the right lane and gave him a dirty look. When the light turned green, the pickup rolled backwards down the slight incline and bashed into the car behind it. I guess anger can be a good thing at times …