I drove Phantom Canyon Road on a Wednesday morning back in May, 2012. In 4½ hours on that trip, I saw maybe 15 cars. I wanted my wife to see it, so we drove it again on Memorial Day Sunday. This was a mistake. It was busy—several times we had to pull over to allow traffic from the other direction go by. Some of the cars and pickups were moving fast and kicking up dust. People were camping along the creek or parked in almost every pull-out. It was still beautiful, but it lacked that wonderful aspect of solitude that I experienced last time. I took tons of photos back then—you can see them here.  This time I only stopped three or four times and only got out of the car twice. 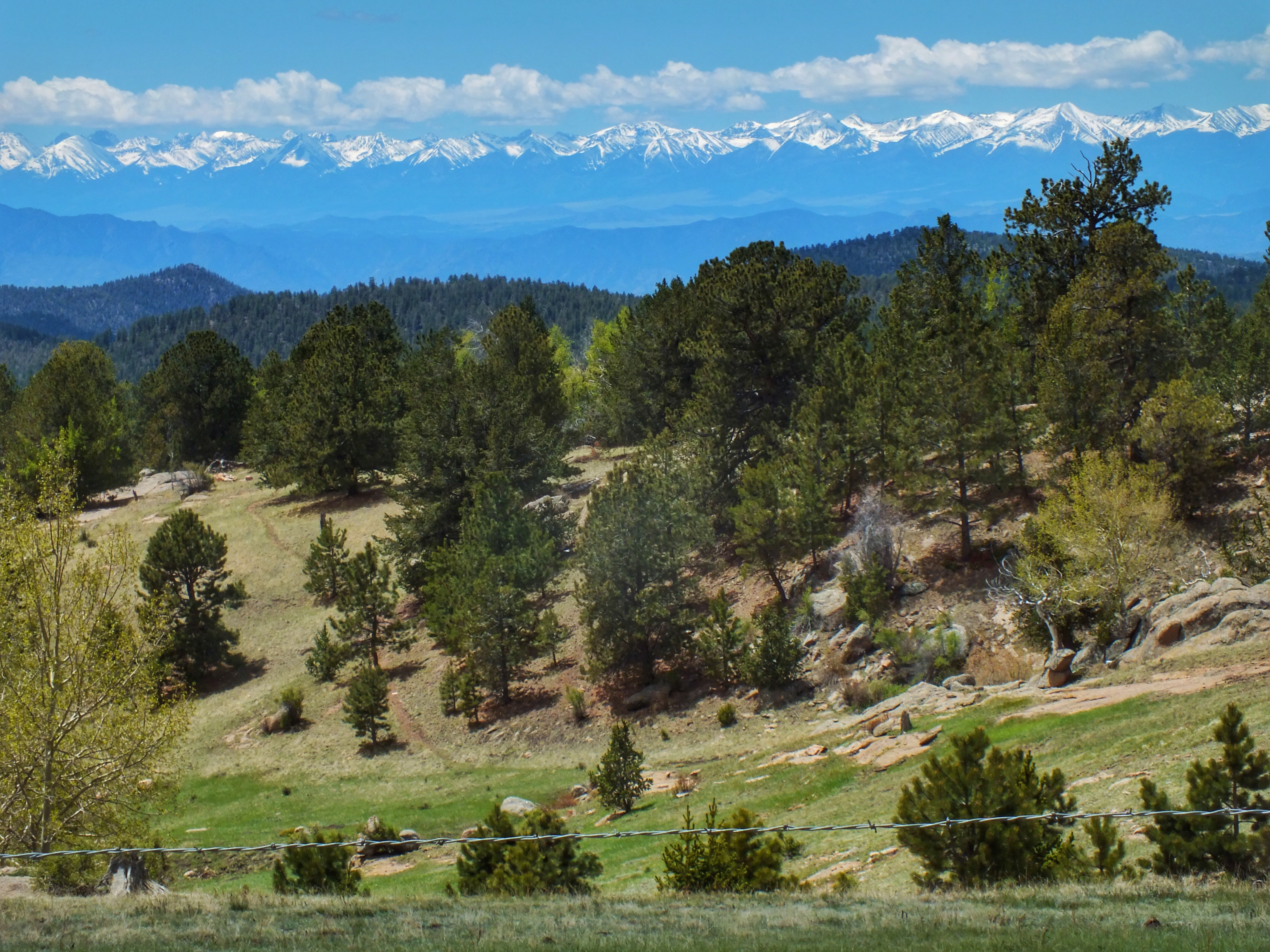 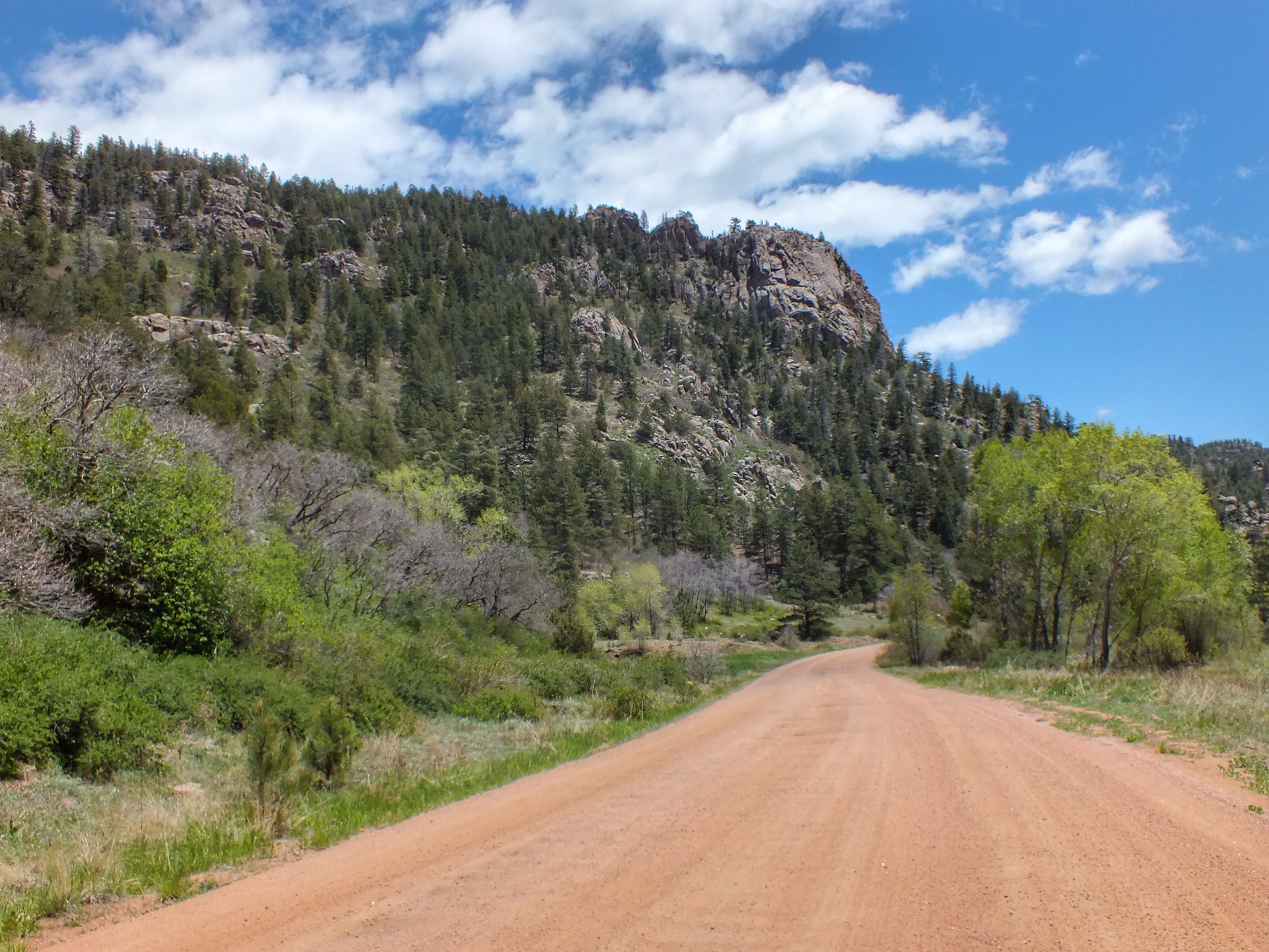 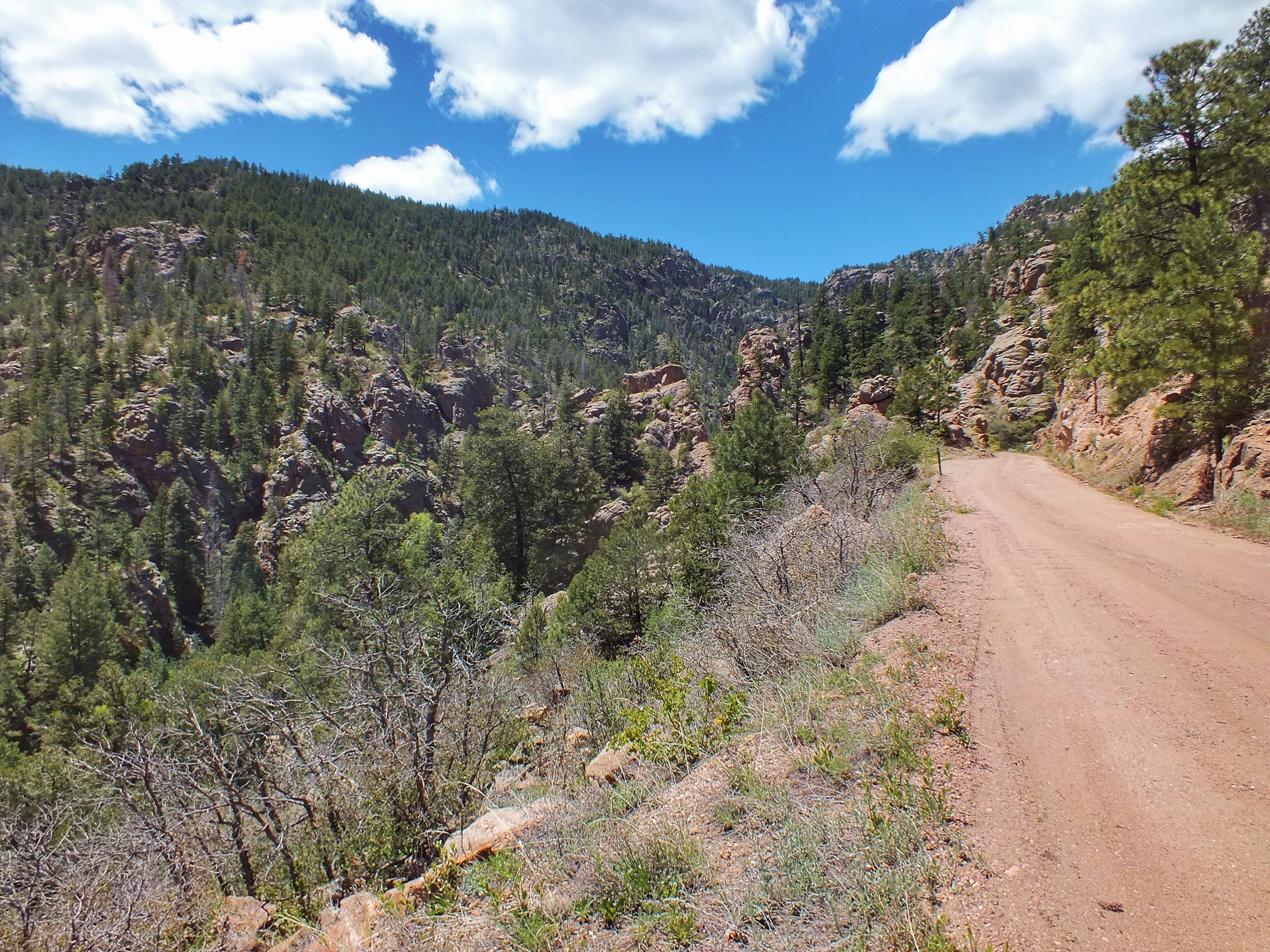 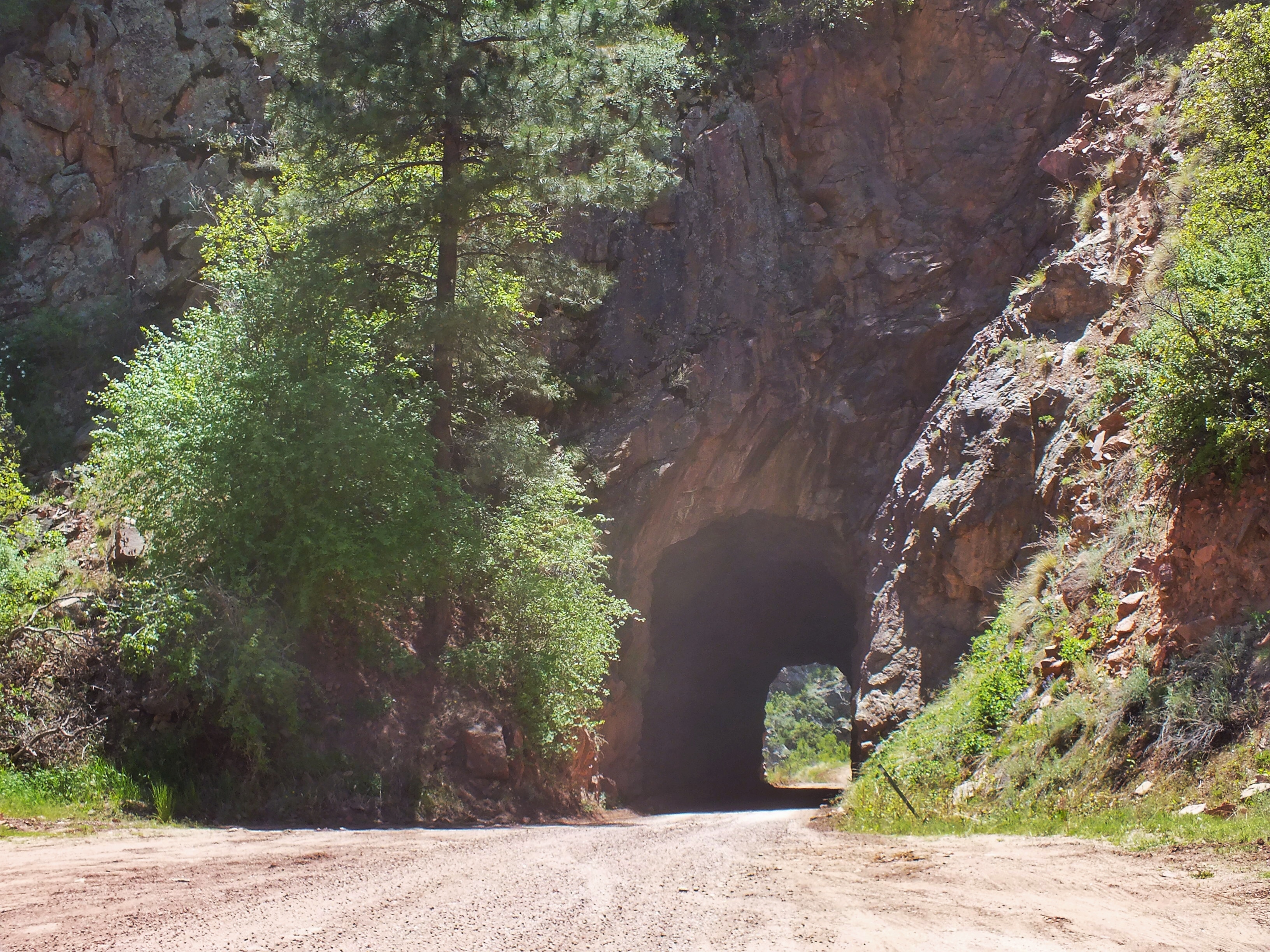 This was funny. We were driving along near the bottom of the canyon when I thought I spotted an animal on a rock way above us—probably 100 yards from the road. I pulled over and grabbed my binoculars. A squirrel was standing there like a sentinel, staring off into the distance, not moving. We looked at it for maybe two minutes, and it didn’t flinch. It may be there still. 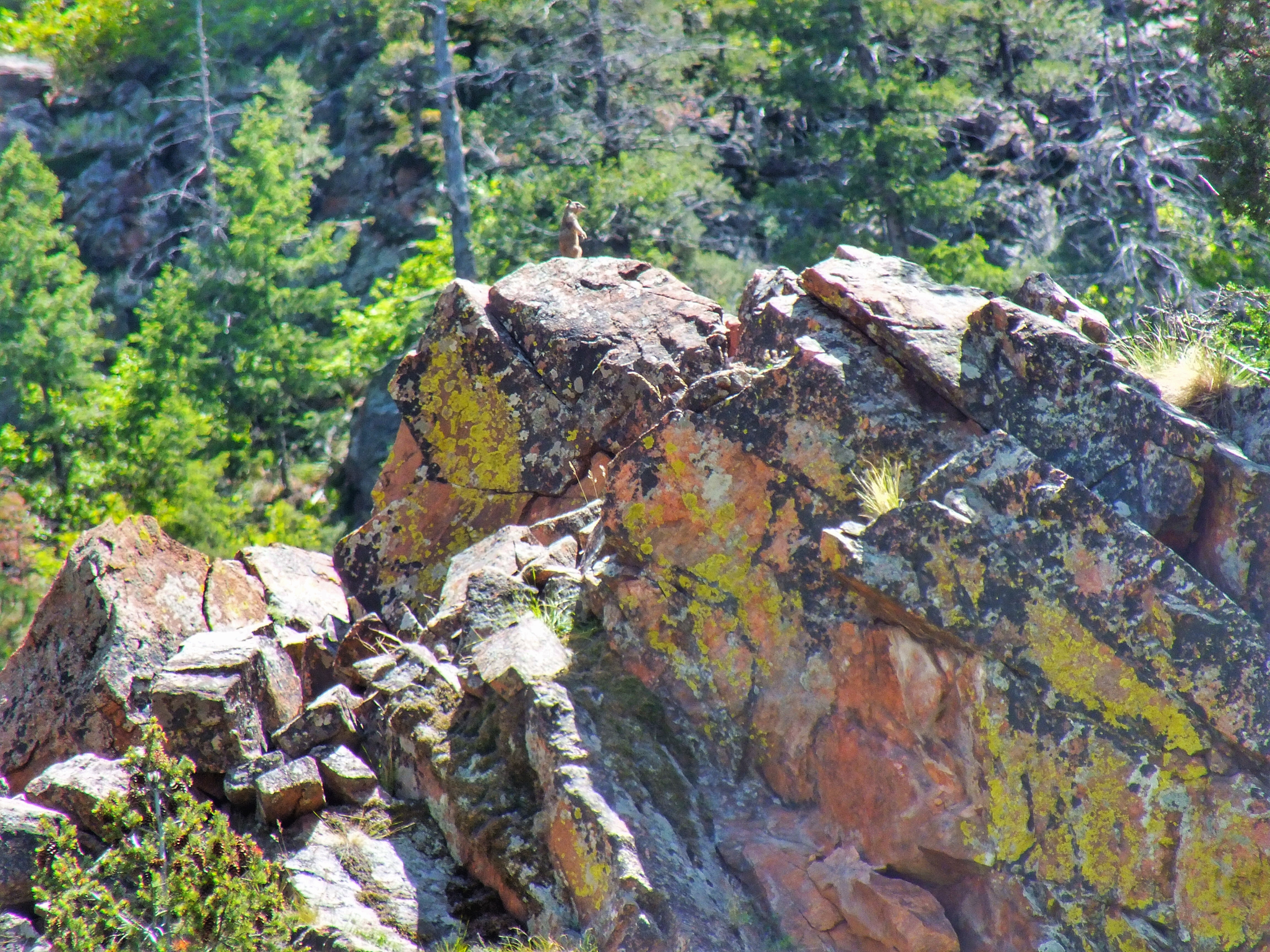 This entry was posted in Road Trips, Scenery. Bookmark the permalink.