My daughter walked in the front door around 10:00 pm and told me there was a huge moth on the porch. I went out with my camera and took several photos. It was back in a corner where I couldn’t get very good pictures. I coaxed it onto my finger and got some some better shots. 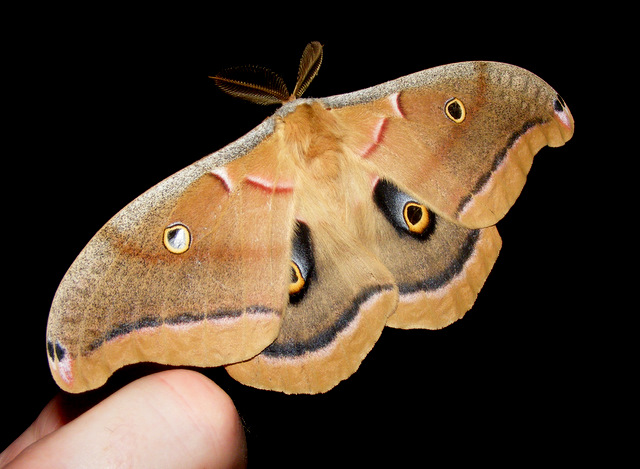 Then I had the thought — if it sat so cooperatively on my finger, maybe it would pose on the red chair. I had my wife bring it outside. The moth wouldn’t stay put on the chair — it kept flying back up to the porch light and beating itself against the glass.  It finally settled where I wanted it, and I took some more pictures. But something still wasn’t right … I slowly moved the chair over by the steps so the background was the dark of night and not random porch railings. But now I was too far from the light and the flash on my camera was too harsh.

I decided to set my camera on night exposure, but to do that I needed my tripod. By the time I had everything set up — my camera on the tripod, the chair by the steps, the moth on the chair — more than half an hour had past. I started taking photos — and then, unexpectedly as if on cue, the moon rose behind the trees across the street.

This photo is cropped and brightened a bit, but otherwise unaltered. The moth is wild and free-flying. In fact, it got tired of the whole thing and took off moments after I took this shot. The reason the moth looks a bit out of focus is because it was vibrating slightly the entire time the shutter was open. 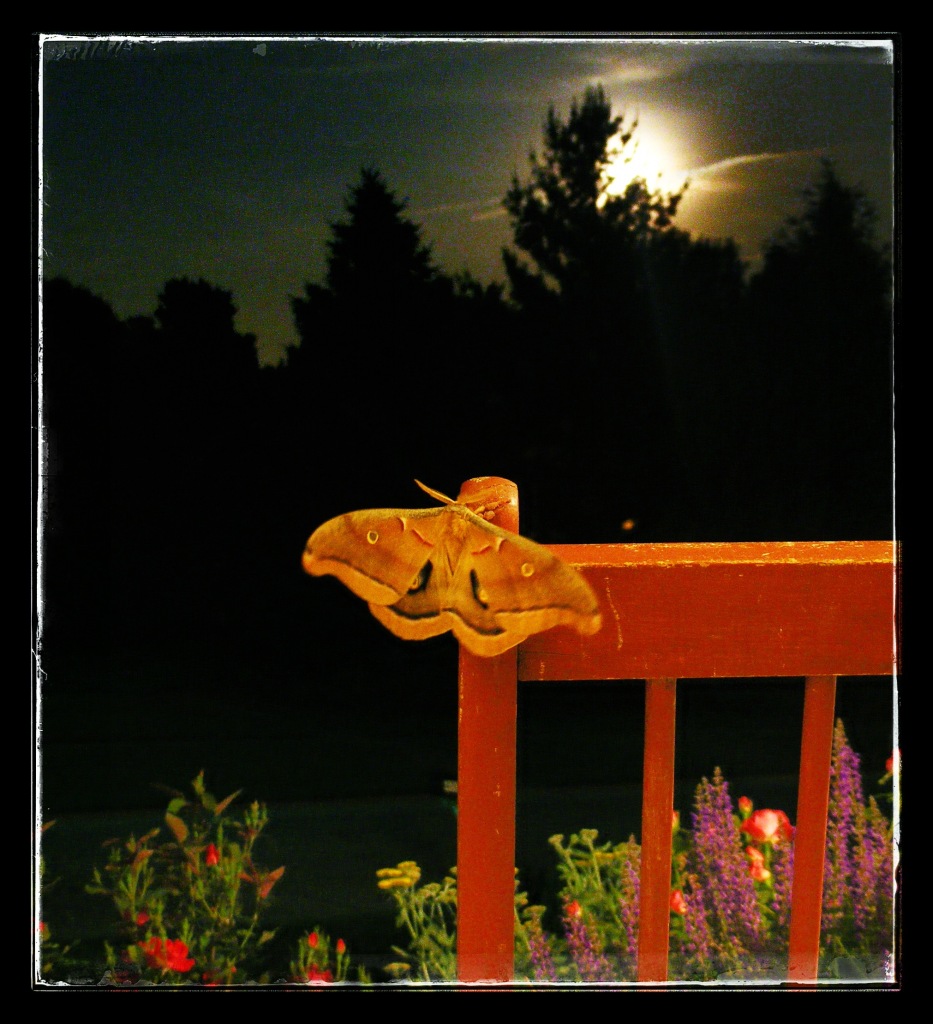 The Polyphemus Moth has a wingspan of six inches. Its name comes from the spots on its hindwings which reminded people of Polyphemus, the Cyclops in Greek mythology.  The adult moths have no mouths and live for less than a week. The male (which I’m pretty sure this one was) spends its time flying around looking for females which spend their time laying eggs.

This entry was posted in Insects, Red Chair. Bookmark the permalink.