We went with a group from work to see the Cougars. About half an hour before the game began, I got a shot of a couple friends on the field. I decided, as long as I’d gone to the trouble of dragging the chair to the stadium, I’d try for another shot. I spotted Ozzie, the Cougar mascot, walking across the diamond and called him over. When I asked if I could get a photo of him sitting in my chair, he made hand motions to ask if I was drunk. But then he took the chair and set it up in foul territory down the first base line, near where the Cougar players were warming up. It’s a big costume, so the chair was mostly hidden, but here it is … 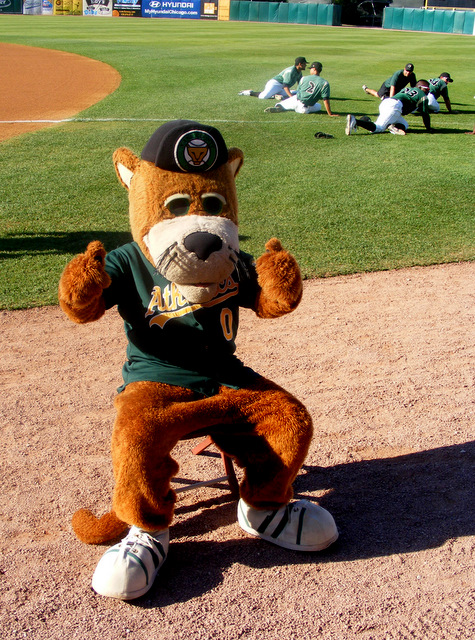 Here’s a photo my sister took of me taking the above photo. 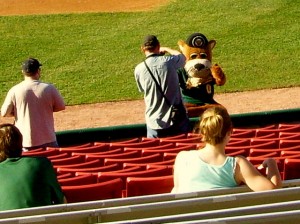 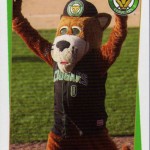 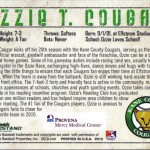 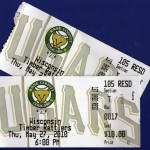 The game was a fast one, lasting only two hours and 10 minutes. The Cougars came from behind in the eighth to win 3-2 and break an eight-game losing streak. (Click here for the box score.) I took a few random shots of the action on the field, such as it was. 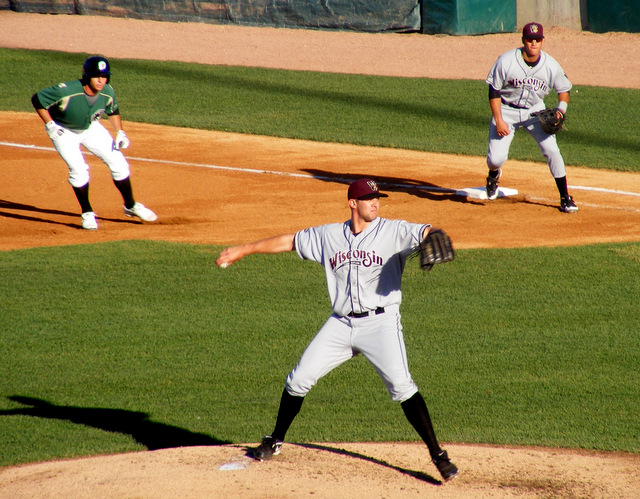 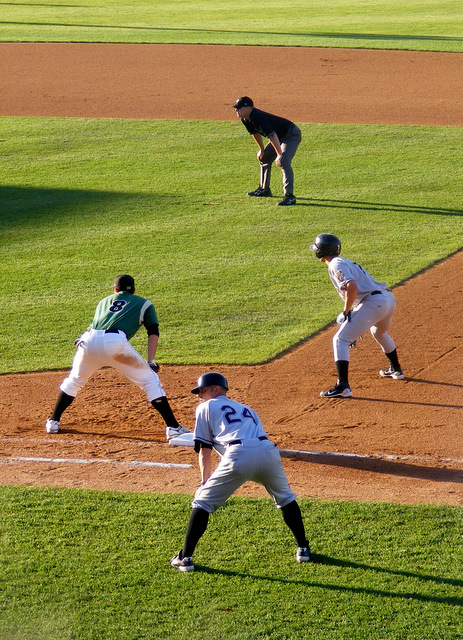 Here’s the view from our seats, staring into the glaring late-afternoon sun.