Ramah Reservoir is a big puddle in the middle of nowhere about 40 miles east of the mountains. I stopped by briefly on April 2, but I didn’t have my scope. There were a lot of birds that were too far off to i.d.

I went back on April 23, with my scope this time. From a distance, it didn’t look like much was going on. But when I set up my scope … In this photo there are (approximately) 12 American Coots, 3 American Wigeon, 4 Gadwall, and one each Green-winged Teal, Ruddy Duck, Wilson’s Phalarope and Eared Grebe. The rest of the lake was much the same.

I walked down to the shore and scanned back and forth, trying to count and see everything. A Snowy Egret and White-faced Ibis were keeping company along the shore. I took these photos by holding my phone up to my scope. 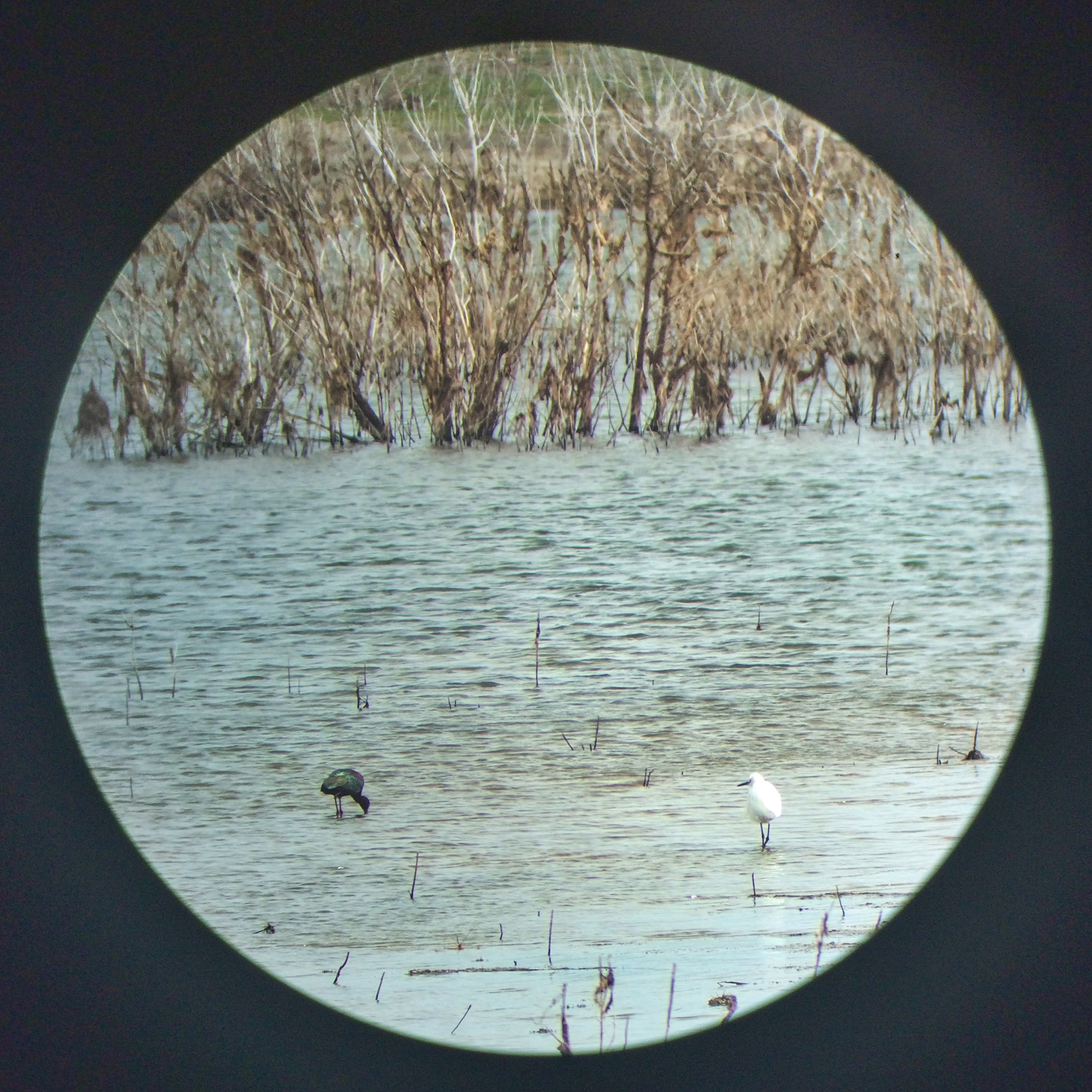 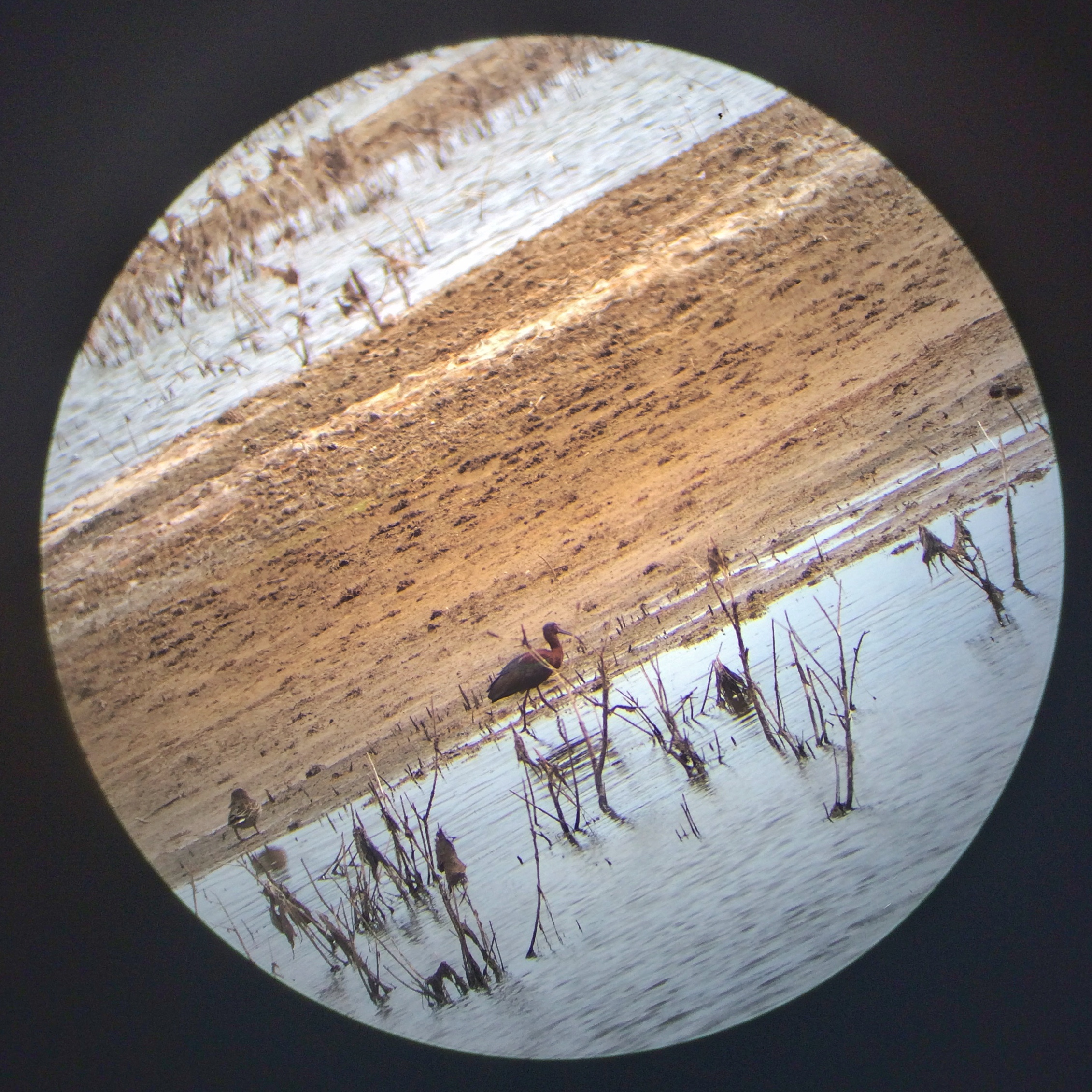