I set my alarm for early Saturday morning and set forth to explore Medora. I was the only one. I could have lit a bonfire in the middle of an intersection and nobody would have noticed. 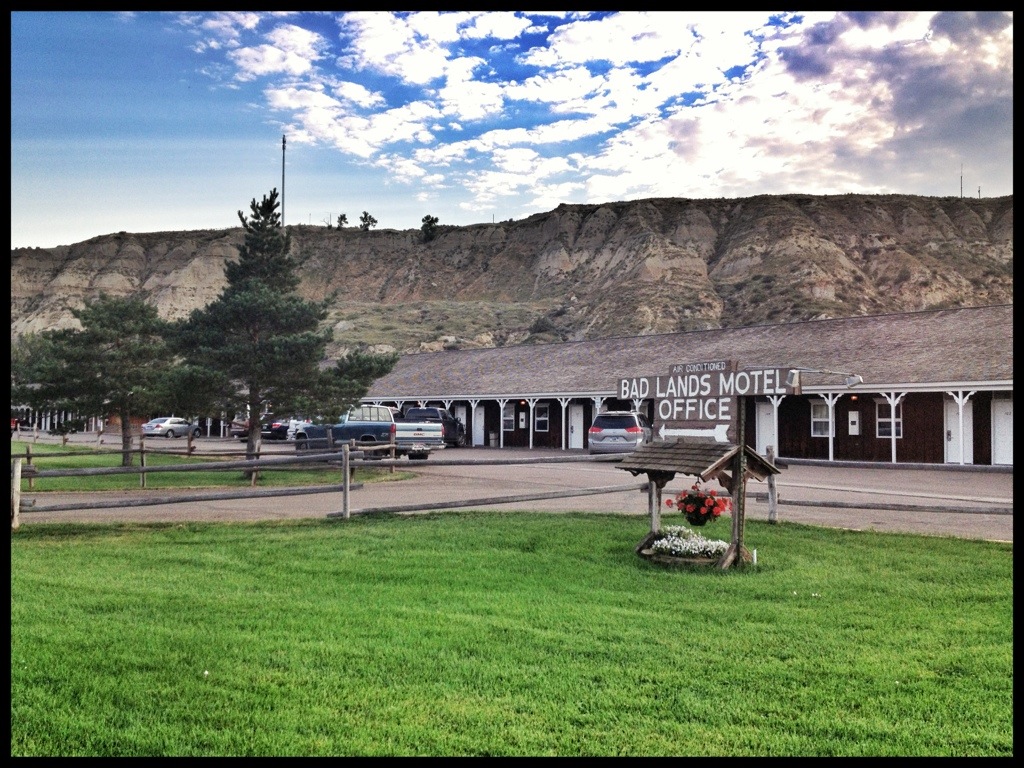 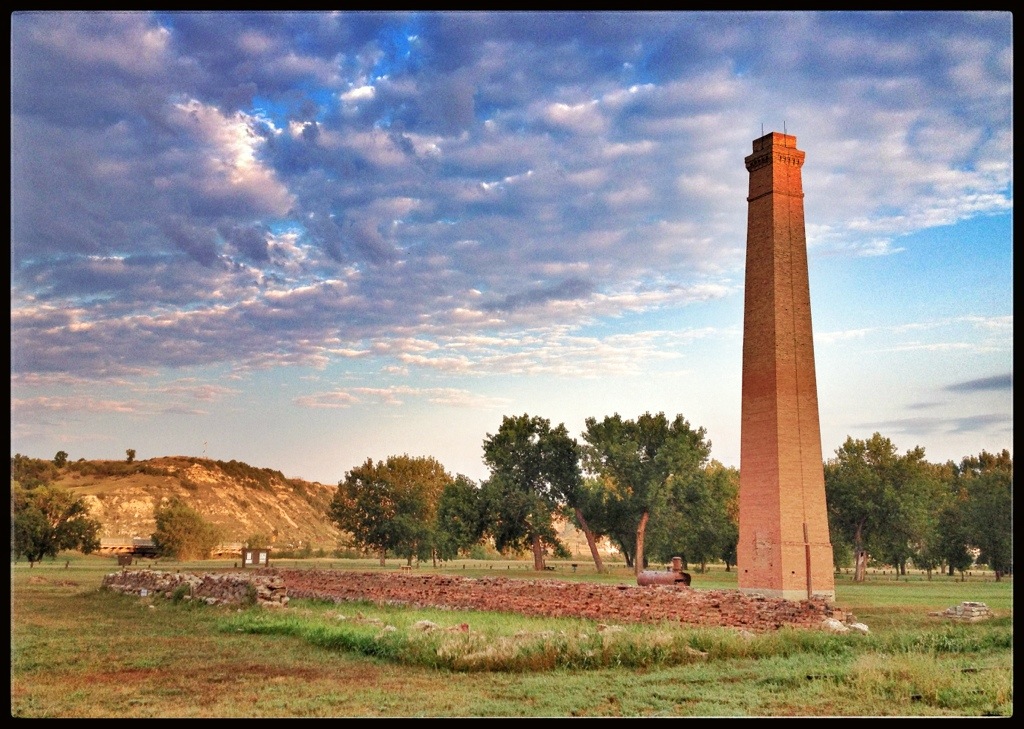 And another shot facing the sun. 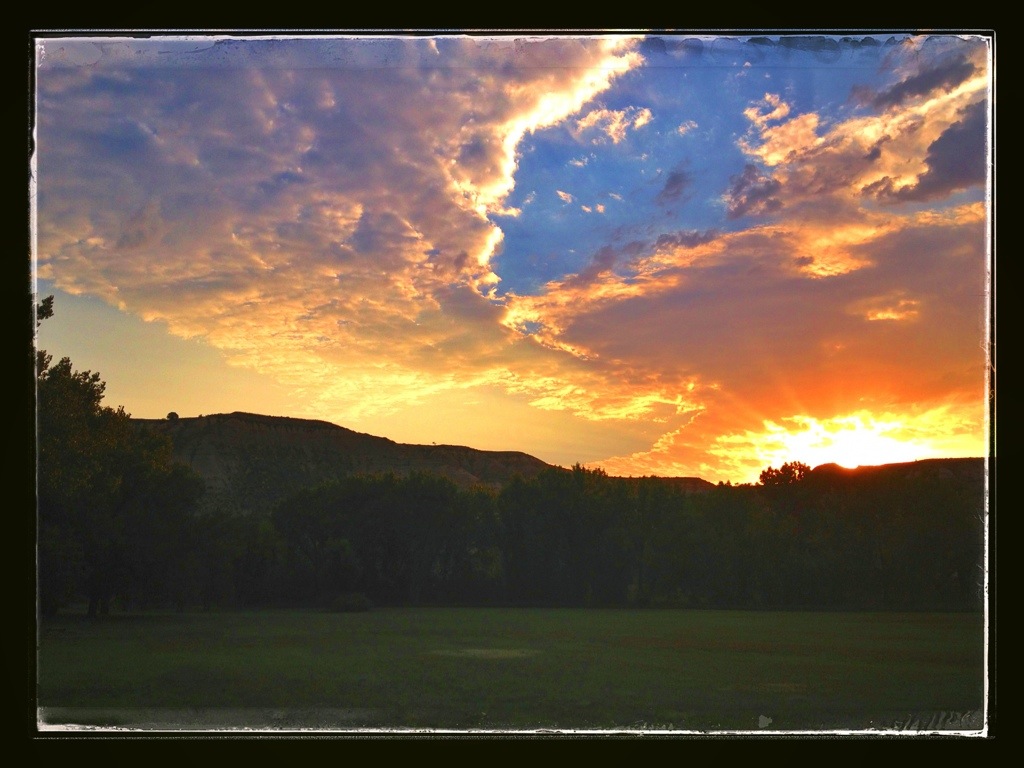 In the next hour, I covered pretty much every street in town. This statue is outside the North Dakota Cowboy Hall of Fame. 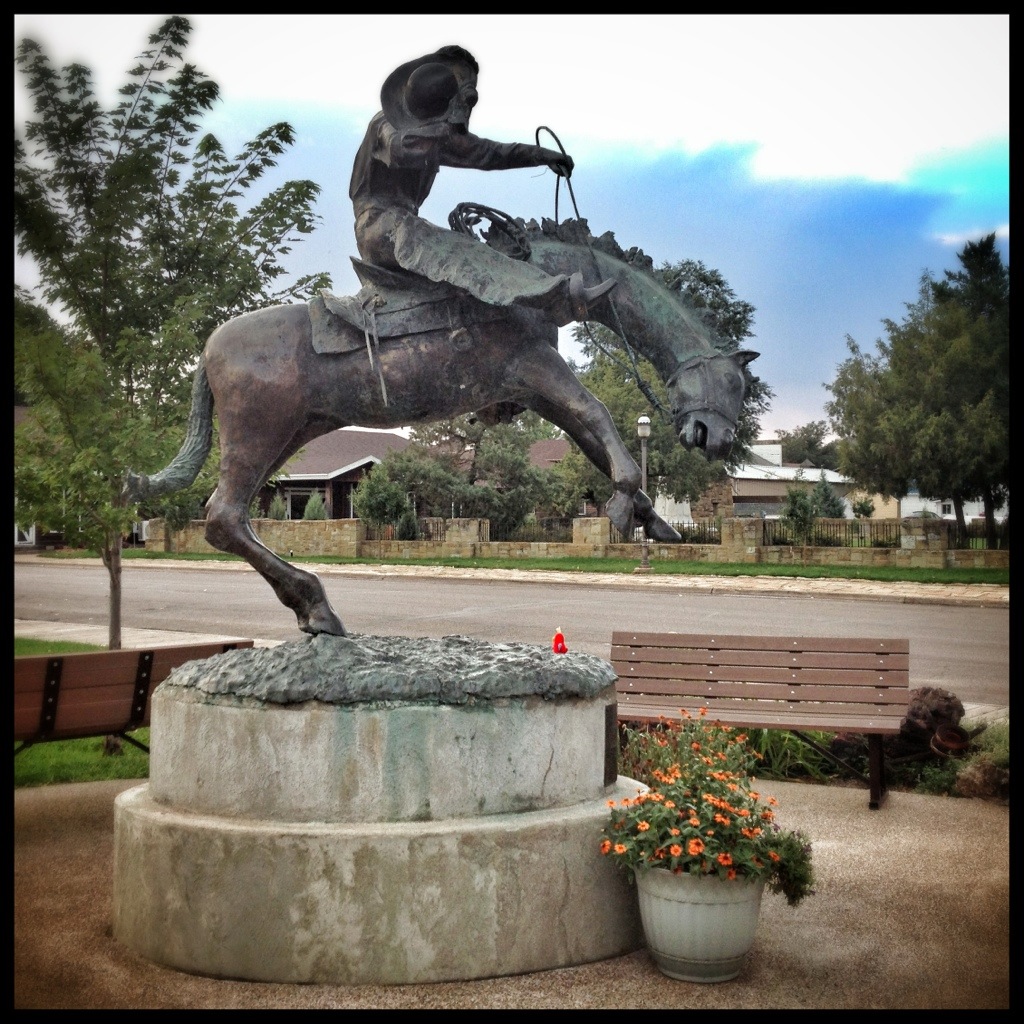 Across the street is the Joe Ferris General Store. Roosevelt stayed upstairs upon occasion. We bought bottles of pop downstairs later in the day. 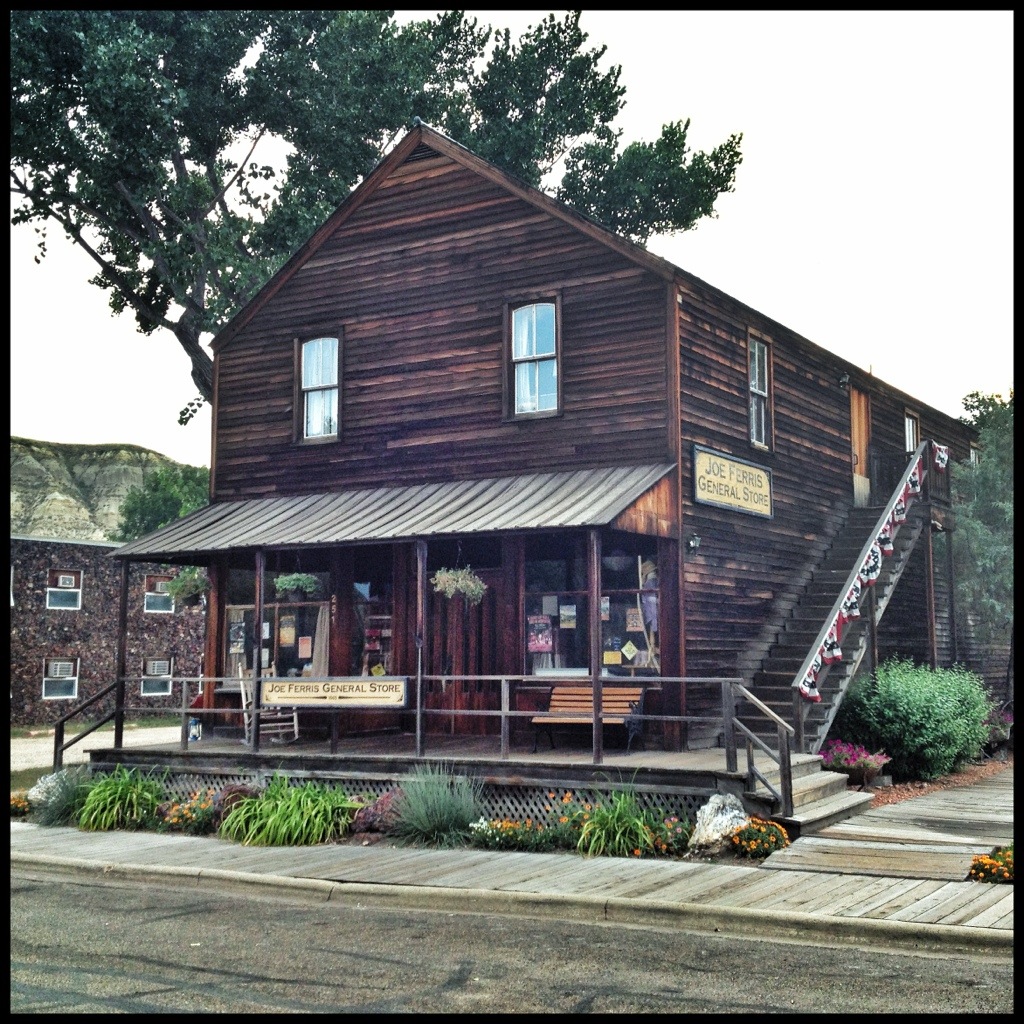 The view down Third Avenue (there are only eight streets in town) at sunrise. 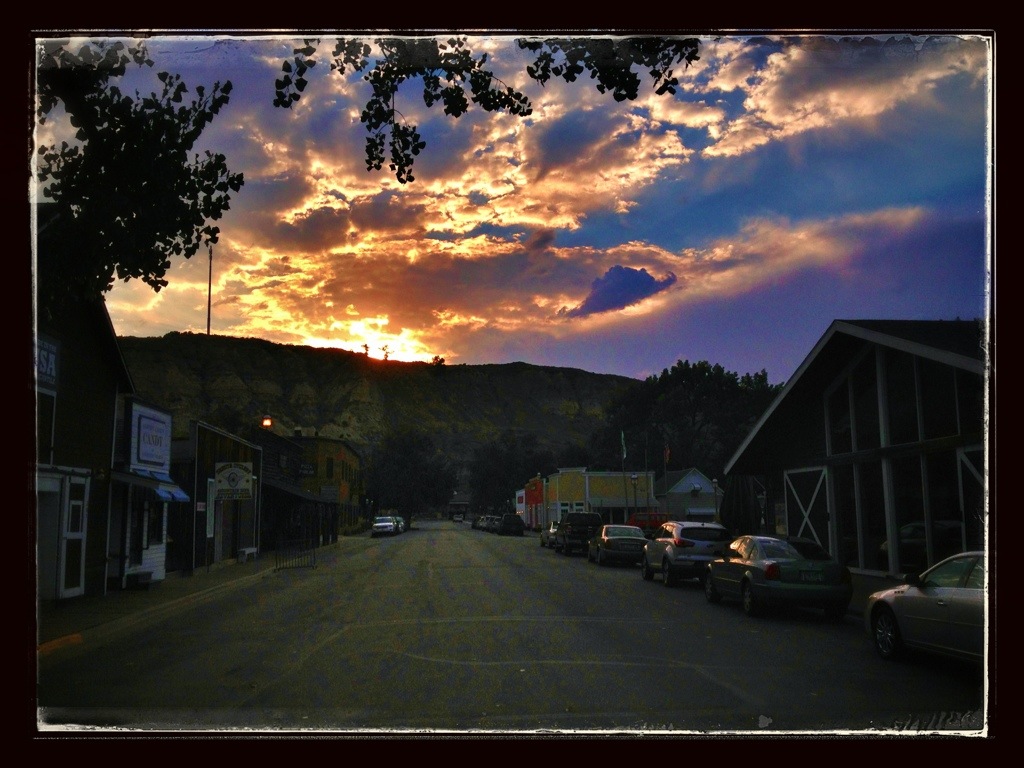 All of Medora from Pacific Avenue. You can look outside town on both ends.

I went back to the motel and showered and met up with the others. We went to Rough Riders Hotel for breakfast. I ordered Custer’s Last Sandwich, which had eggs, hash-browns, cheese, onions and bacon on Texas toast, and which might explain why Custer was moving slow that day. But it was tasty. 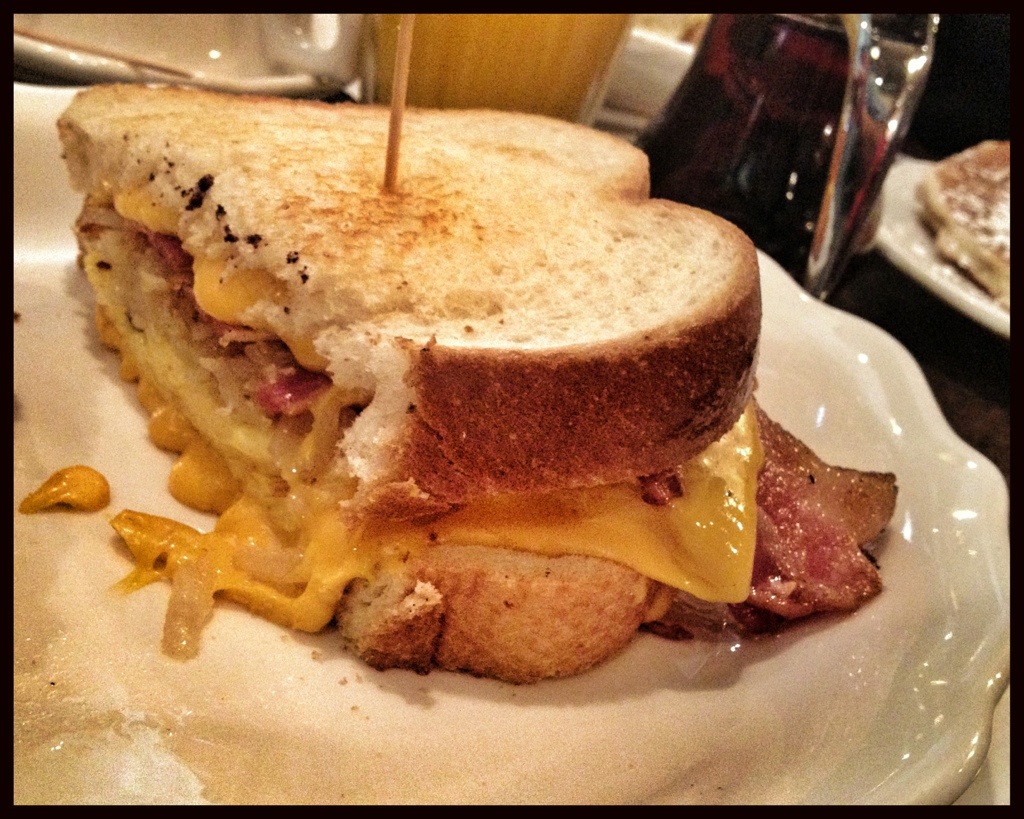 As for Medora, it plays up its reputation as a historic town with a great deal of gusto. There are signs all over the place giving its history. Which goes something like this …

Theodore Roosevelt and the Marquis de Mores came here and tried to ranch and failed and left. And then nothing happened for 80 years until a businessman named Harold Schafer (who started the Gold Seal Company which made Mr. Bubble bubble bath) bought up some of the old buildings in town and turned it into the attraction it is today. And though I jest, it is a very pleasant little town in a very pleasant corner of the world.

This entry was posted in Cities, Historic Buildings, Red Bird. Bookmark the permalink.