On Friday evening, we headed a short distance outside Medora to the Pitchfork Steak Fondue. As we arrived, we saw the cooks putting the steaks onto the pitchforks. 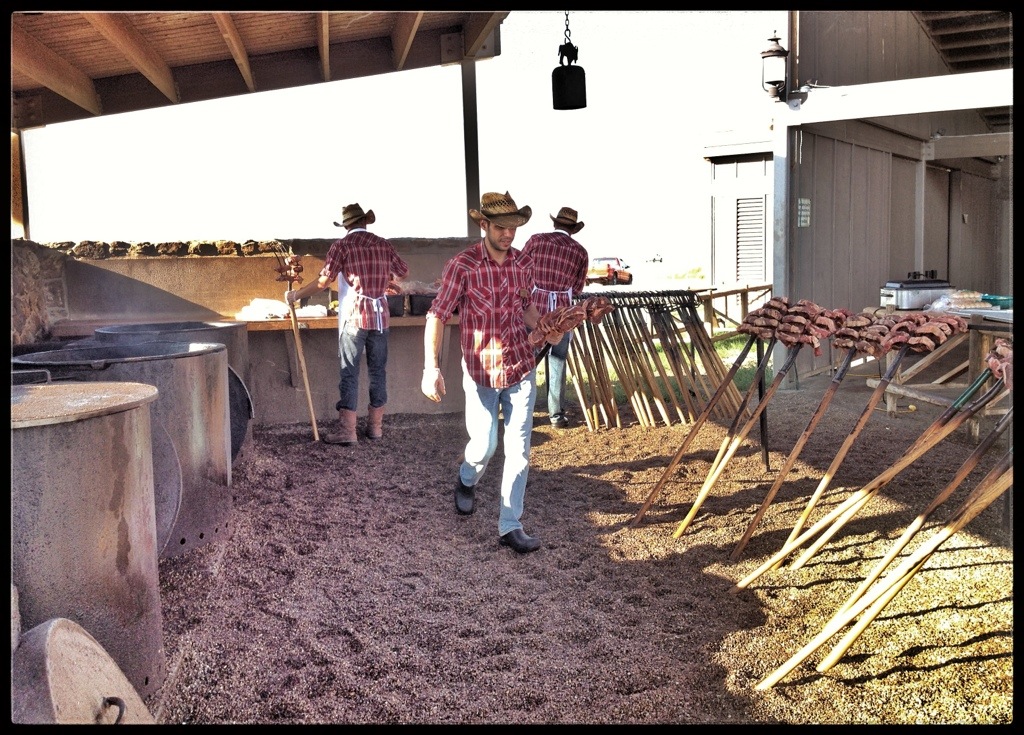 I didn’t see them cook the steaks because we were on the other side of the dining area looking at the view. The big house in the middle distance on the right is the Chateau de Mores, the home of Antoine-Amédée-Marie-Vincent Manca Amat de Vallombrosa, Marquis de Morès et de Montemaggiore, commonly called the Marquis de Mores. He was a French adventurer who ranched in the region for a couple years at the same time Roosevelt was here. He opened a meat packing plant, lost a battle with the Chicago meat packers and the railroads, named the town after his wife, Medora, and left. He bounced around the world for a few more years before being killed in North Africa while trying to stir up a revolt against the British. The house can be toured, but this is as close as we got.

The ruins of his meat plant are next to the national park visitor center. You can see the smokestack as a tan stripe below the bluff on the left. Medora is in the middle distance. 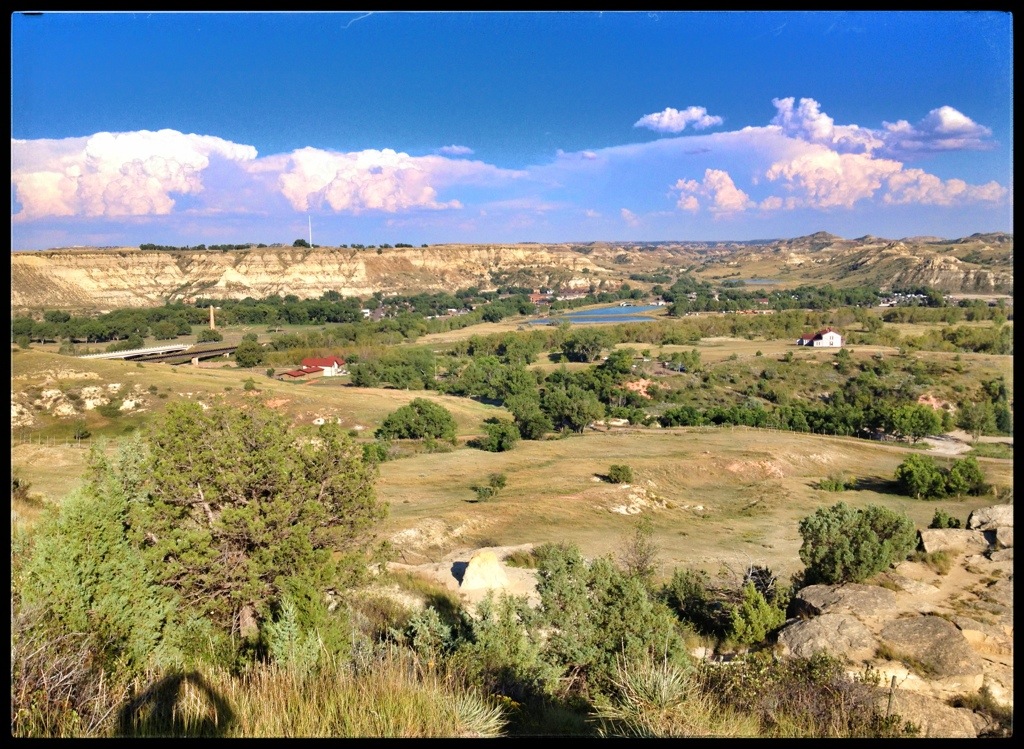 We wandered about the area after eating, then filed down into the Burning Hills Amphitheatre, to our seats in the sixth row. The Medora Musical was a mix of comedy and music put on by the Burning Hills Singers and The Coal Diggers band. It was hokey, but amusing and well-done. 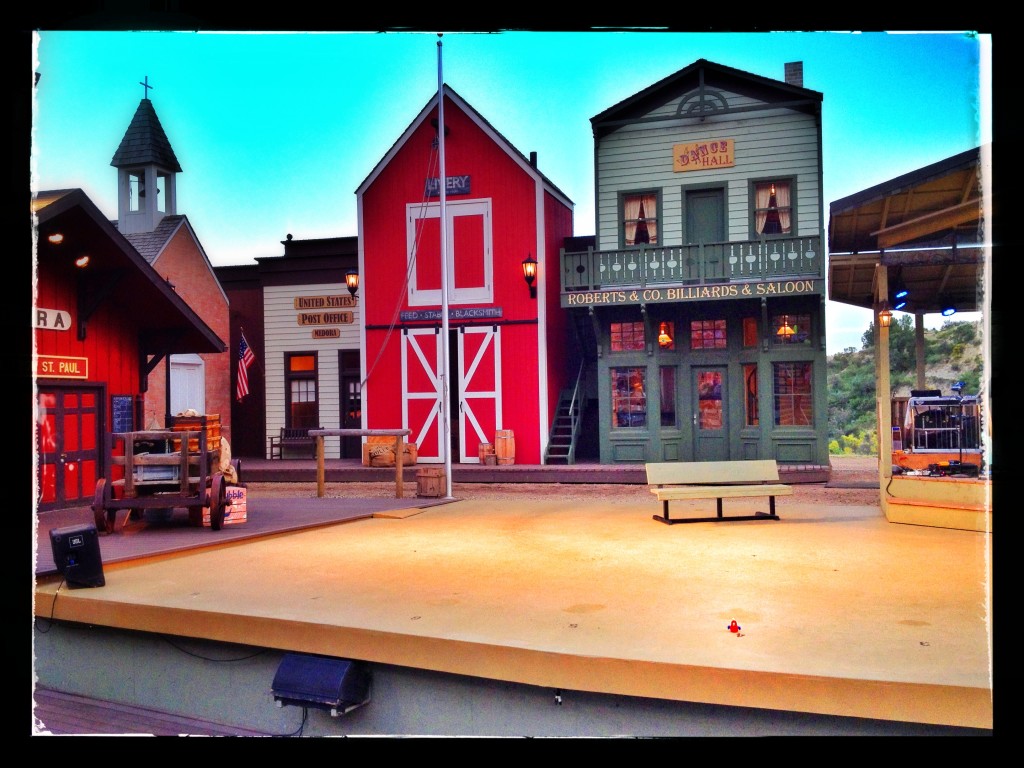 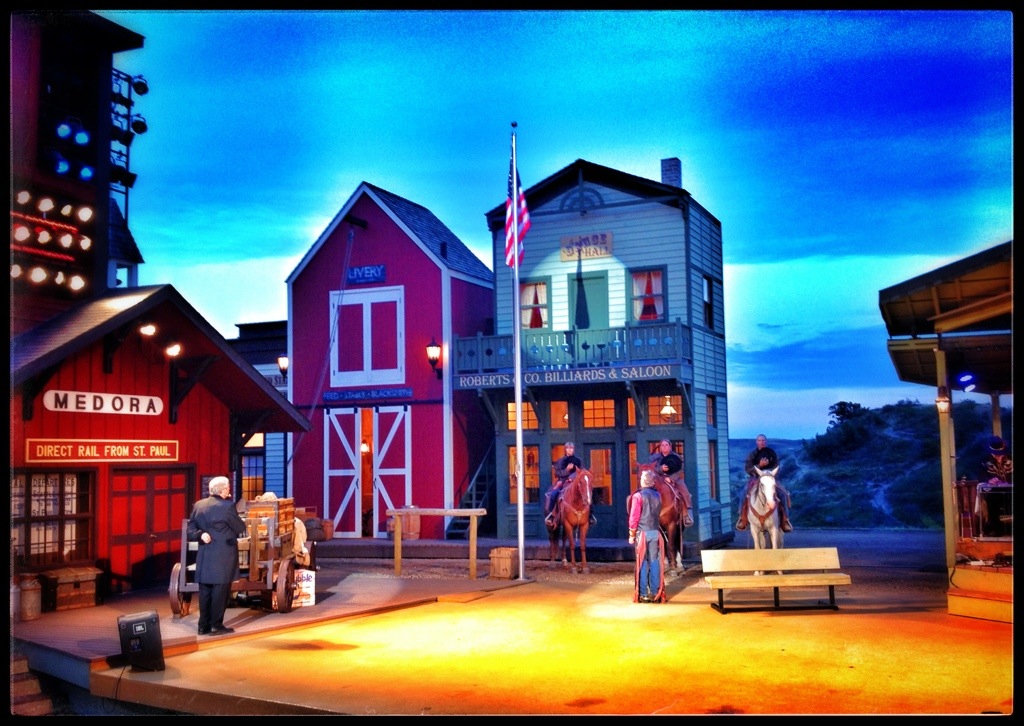 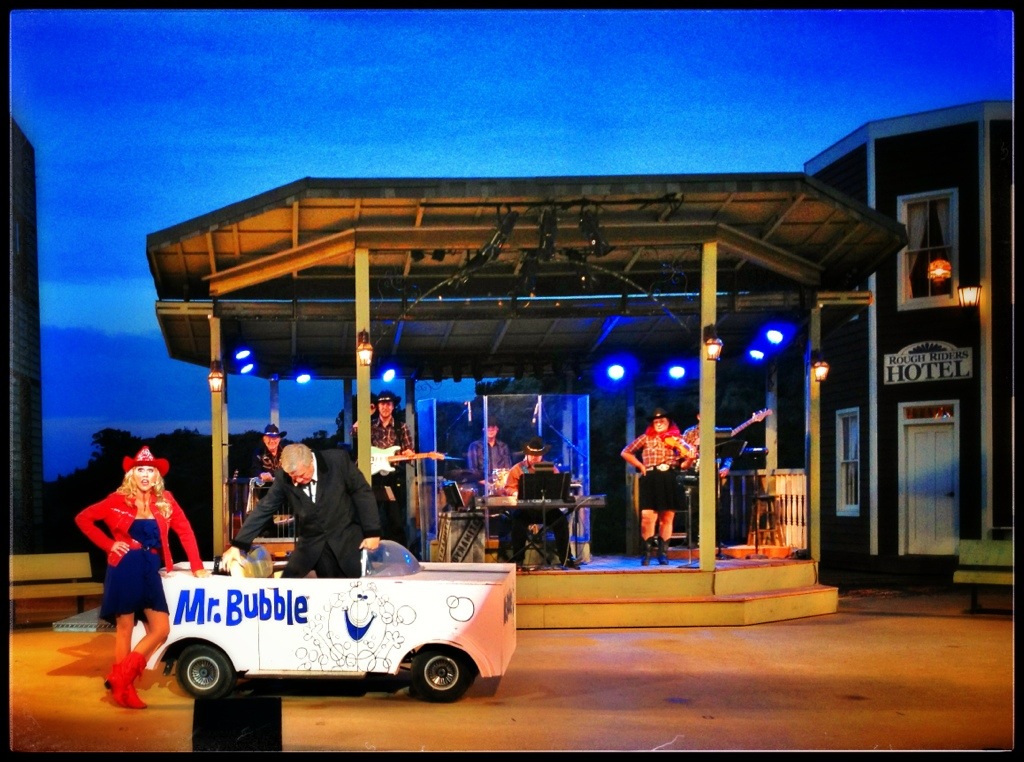 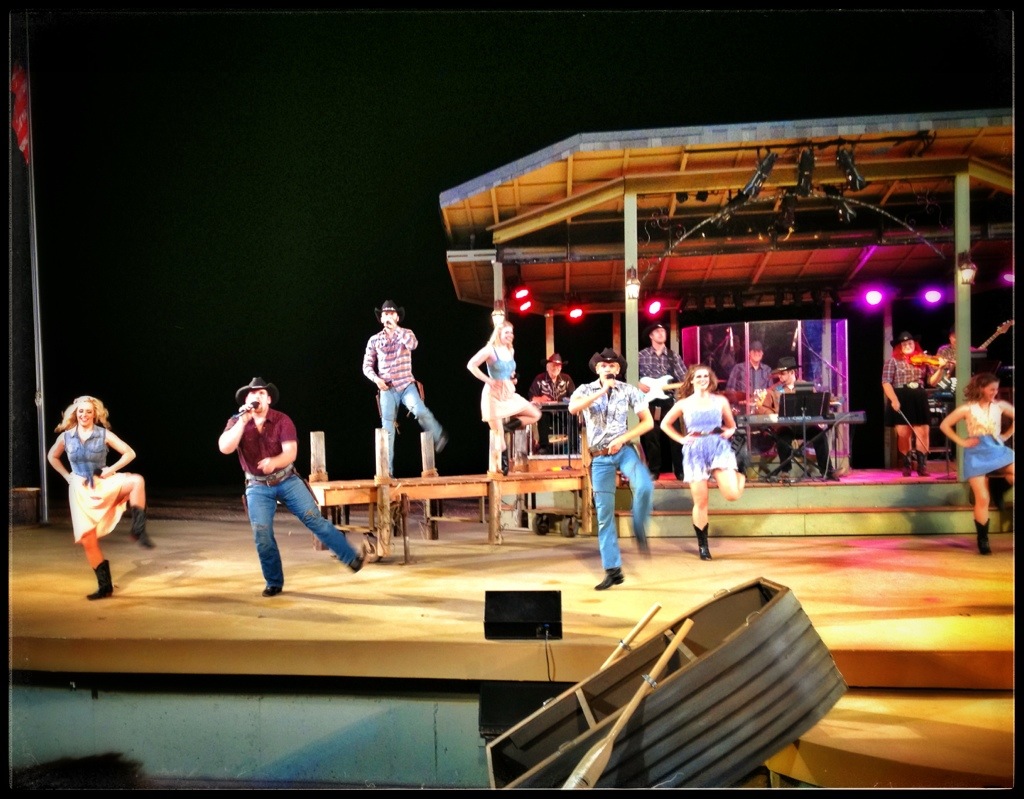 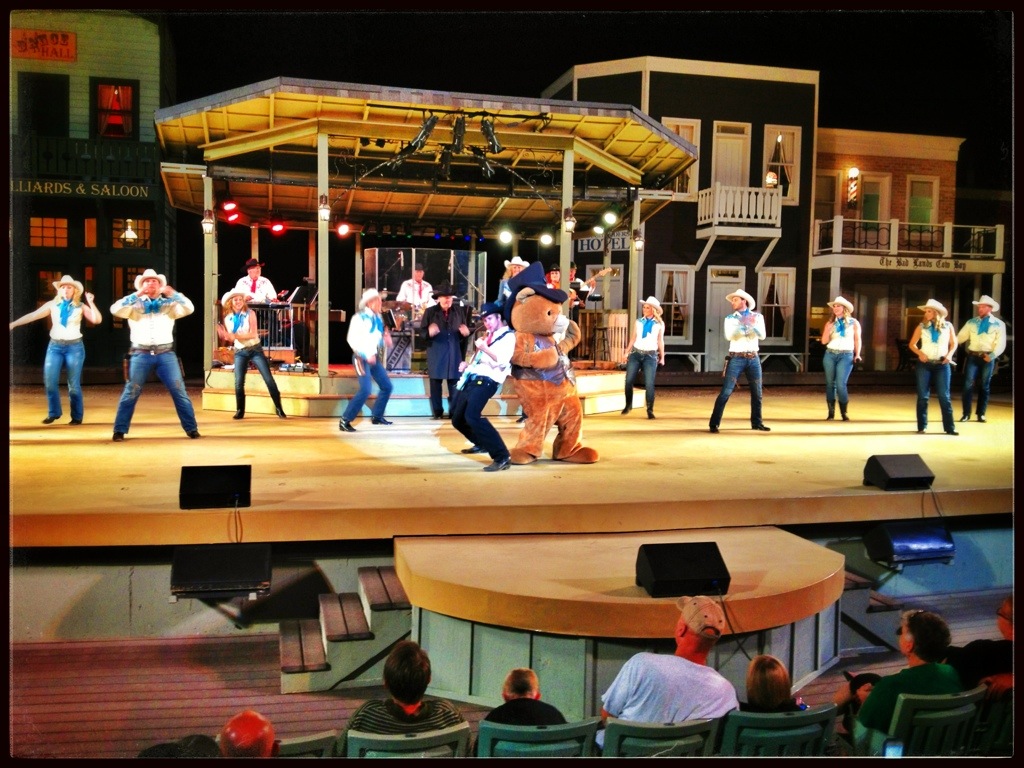 After intermission, there was a very weird performance by a group called Cirque Zuma Zuma who performed rhythmic dance and acrobatics to African-style music. One of the performers was a young lady who could contort her body into any position she wished. It was grotesque, and I took no photos. I said to my wife that it wasn’t a talent so much as a deformity. The rest of their show was entertaining, but so out of sync with the rest of the program that I wondered if they’d gotten lost and wandered onto the wrong stage. 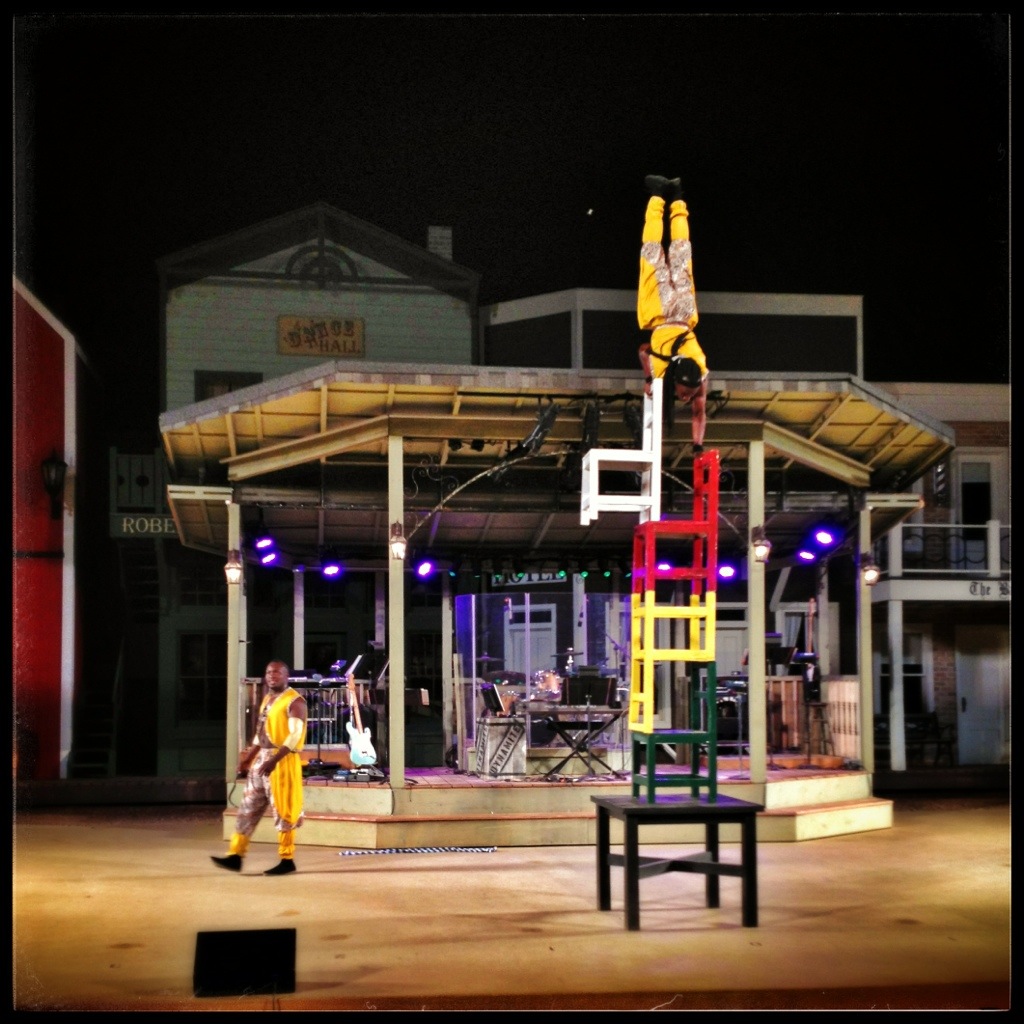 The country-western music came back on for another set, and it seemed a lot more fitting with the location.

This entry was posted in Food, Performances, Red Bird. Bookmark the permalink.