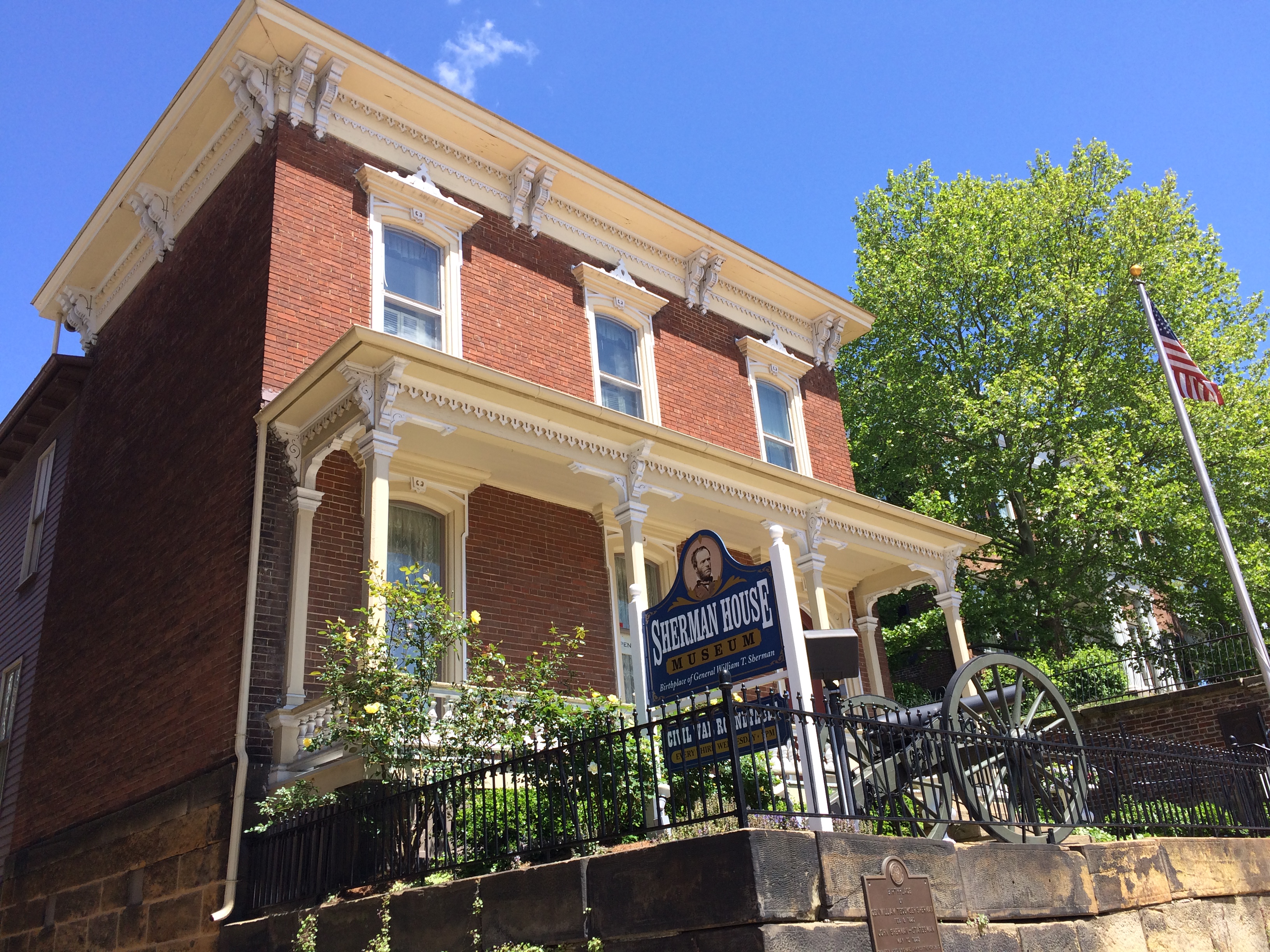 We arrived right at noon, when it opened. There was a key on the front door that we turned to ring the doorbell. Just as we did, the noon chimes went off in a nearby church and threw us for a second. An old guy let us in and had us pay his wife. She processed it on carbon paper, like it was 1970. The old guy started the tour, but had only gotten a minute or so into it when the chime rang again. We had to stand around while the woman wrote out another carbon-paper receipt. We started the tour again. About three rooms into it, another couple came, but fortunately, they just caught up from where we were.

Sherman only lived in the house from 1821 until 1829 when his father died. He was then brought up with the Ewings, a neighboring family. After graduating from West Point in 1840, he married one of the Ewing’s daughters, Ellen.

The house contains quite a bit of furniture that belonged to Sherman at one point or another in his life. The gold-padded furniture belonged to Ulysses Grant before Sherman obtained it. 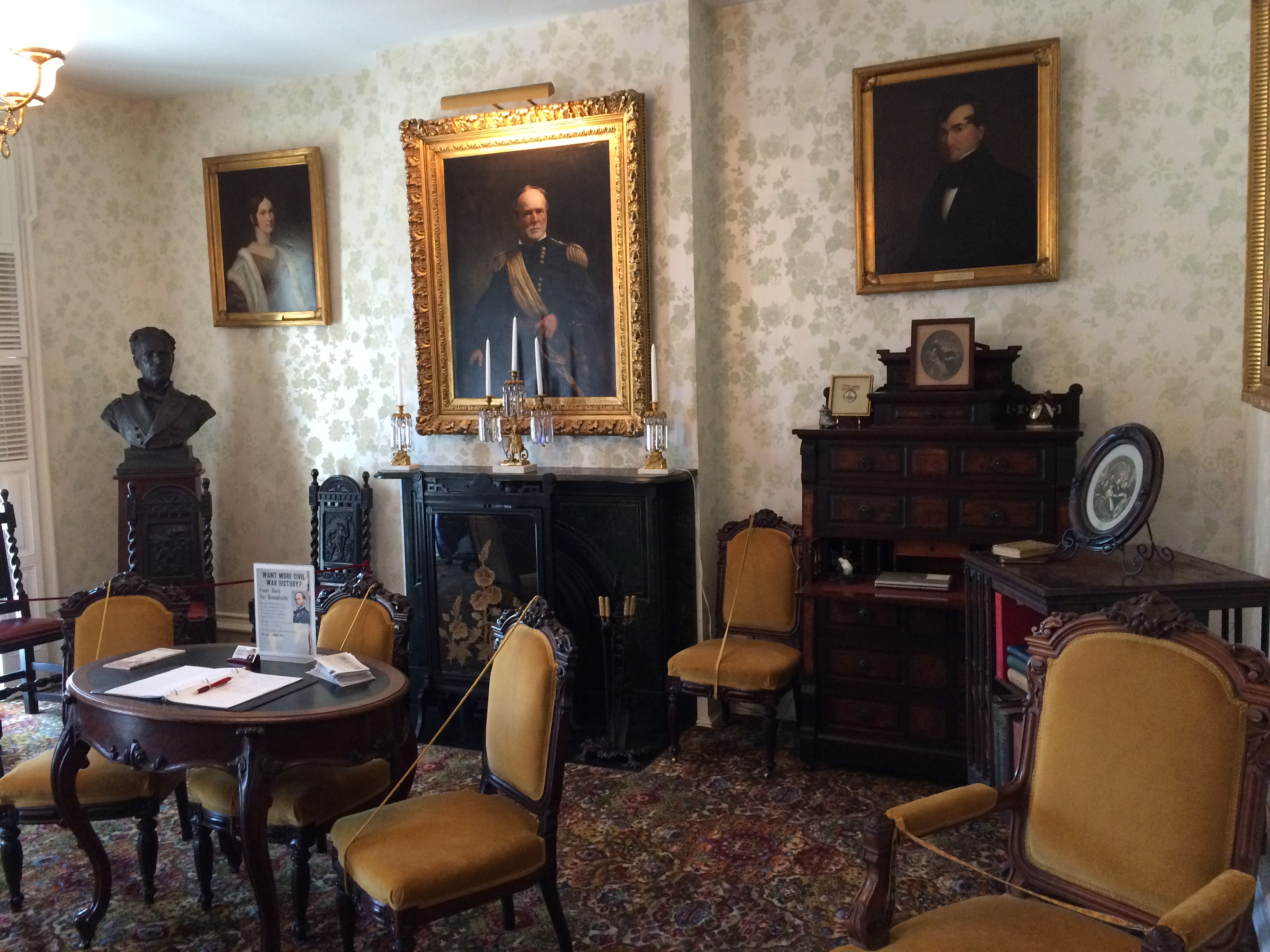 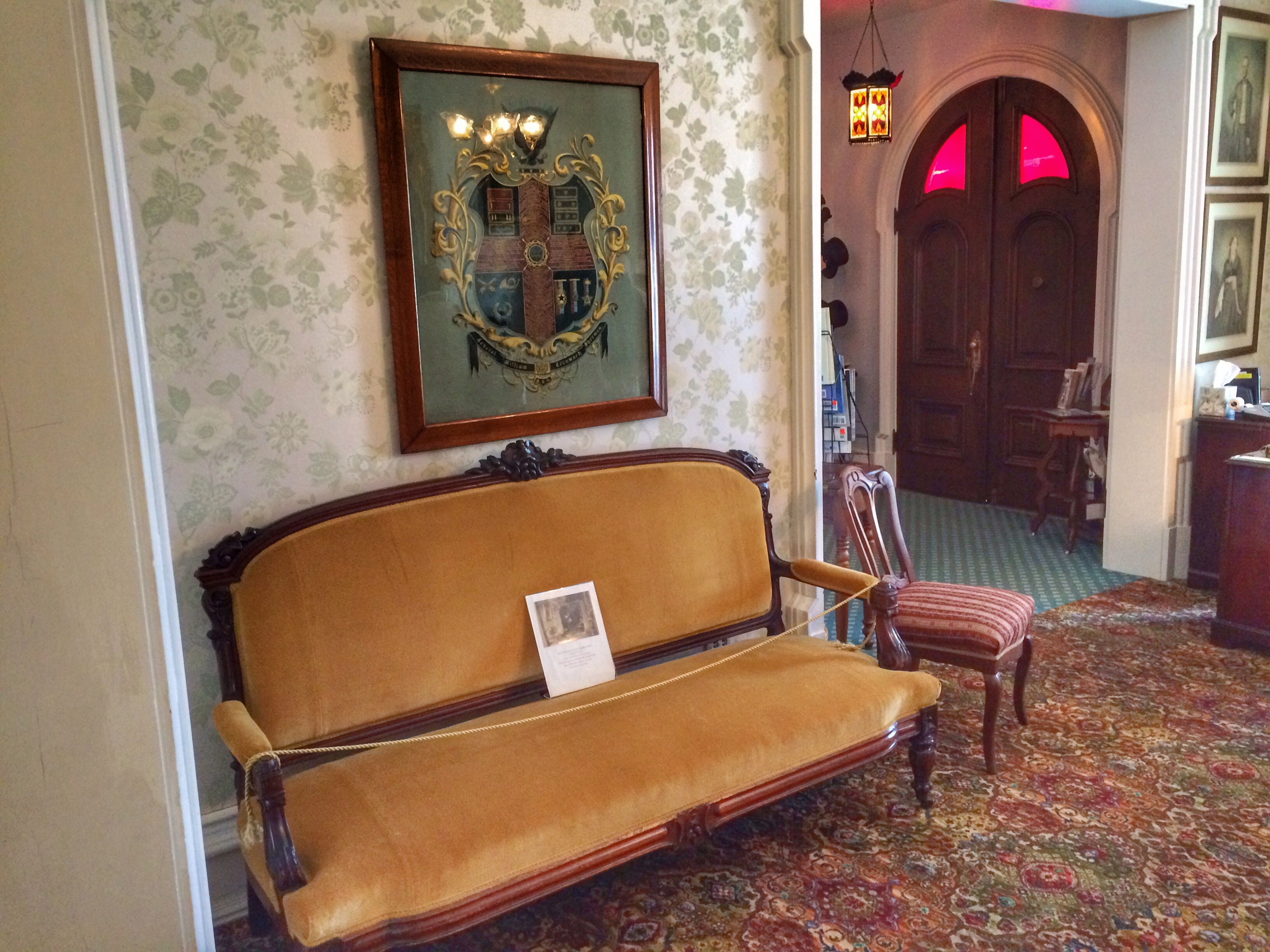 The chairs have scenes from Shakespeare. 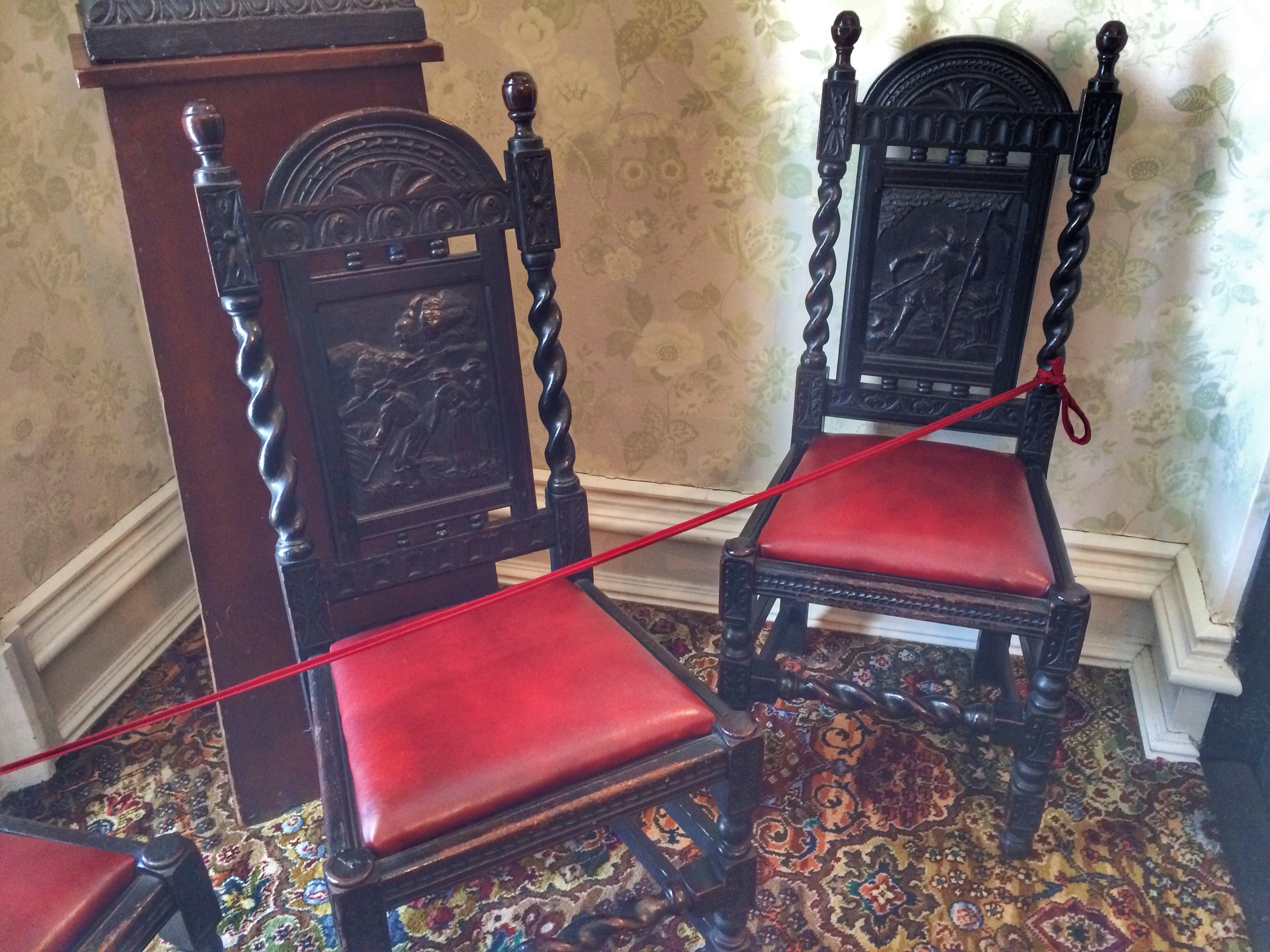 We were told that the sculptor informed Sherman that his tie was crooked. He supposedly replied, “I’m general of the army. I can wear my tie however I want.” 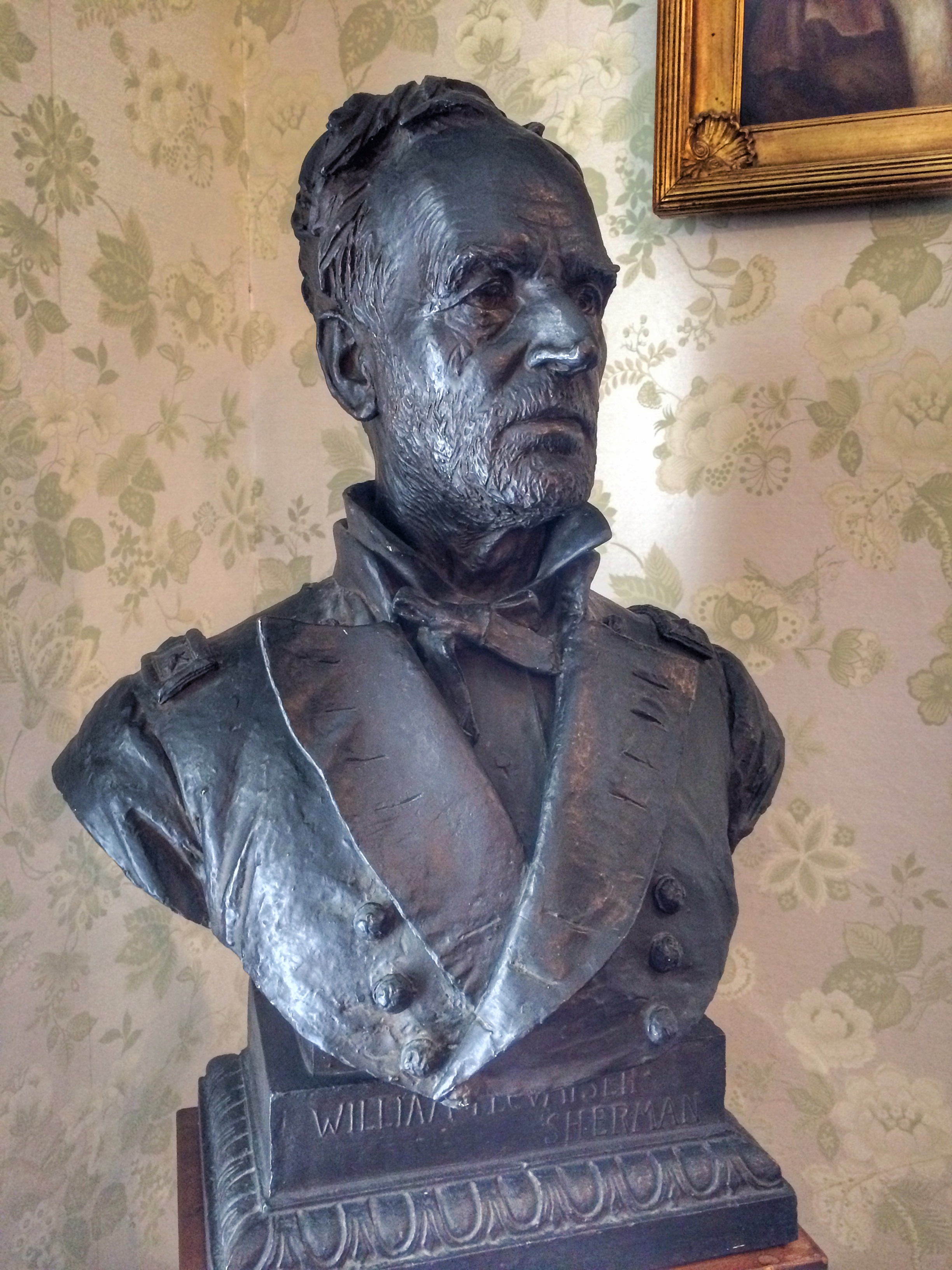 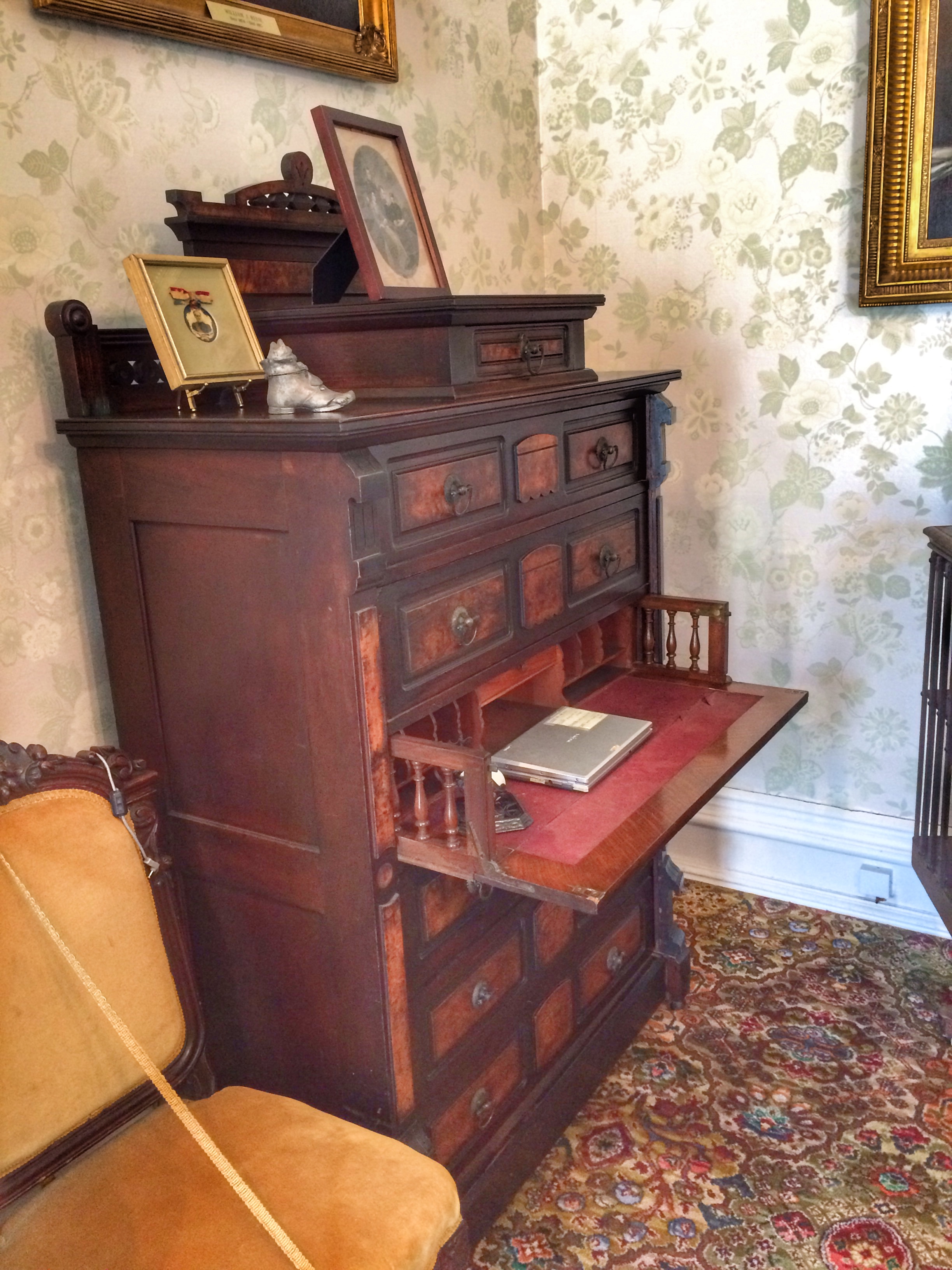 Sherman’s father was an attorney. This was his office in the house. Although it’s on the side, it was off the main entrance. Houses often had their front doors off the street to avoid the dust. 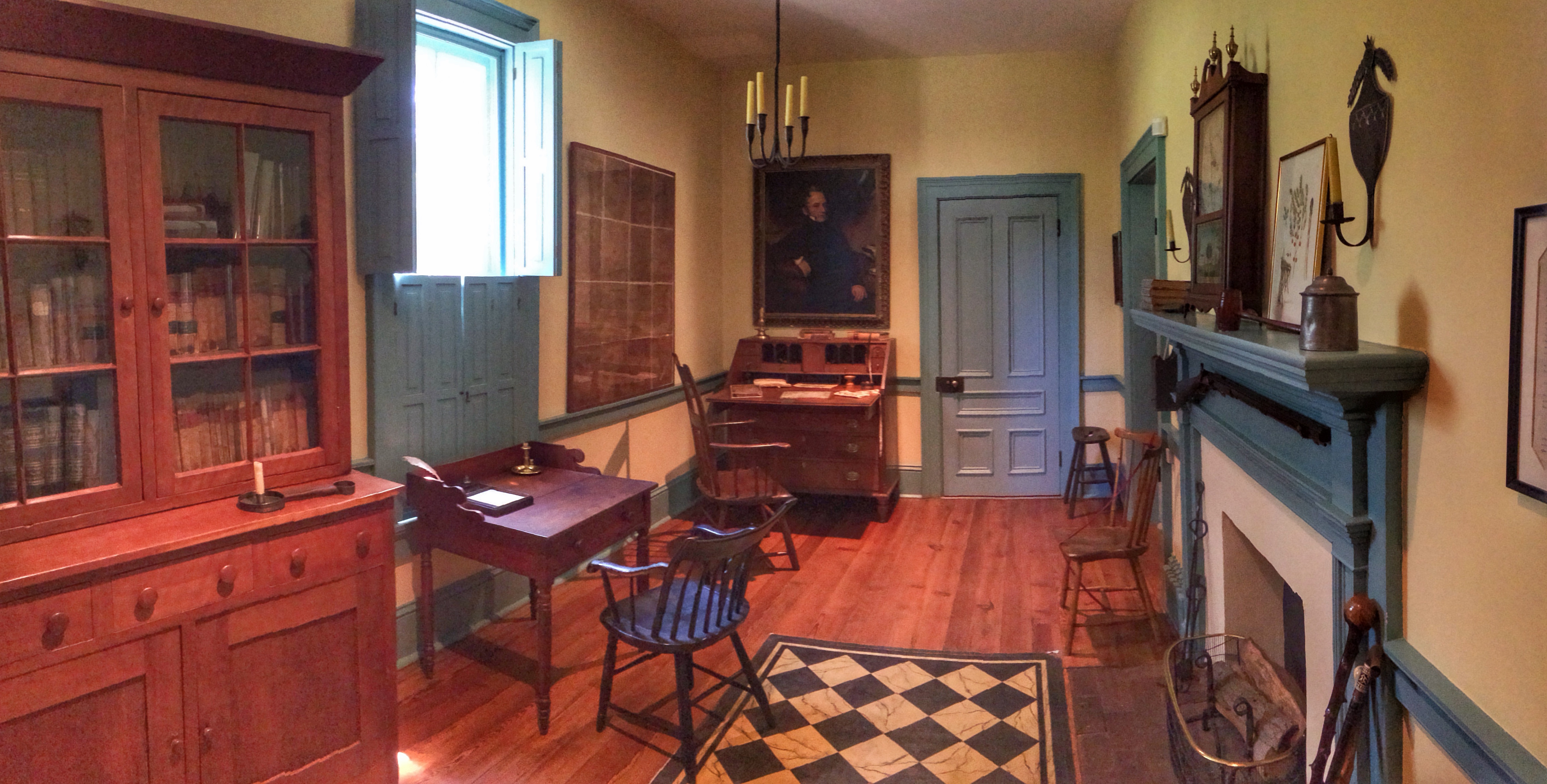 The dining room. I think all the furniture in this room was just period pieces, but it was the nicest room in the house. 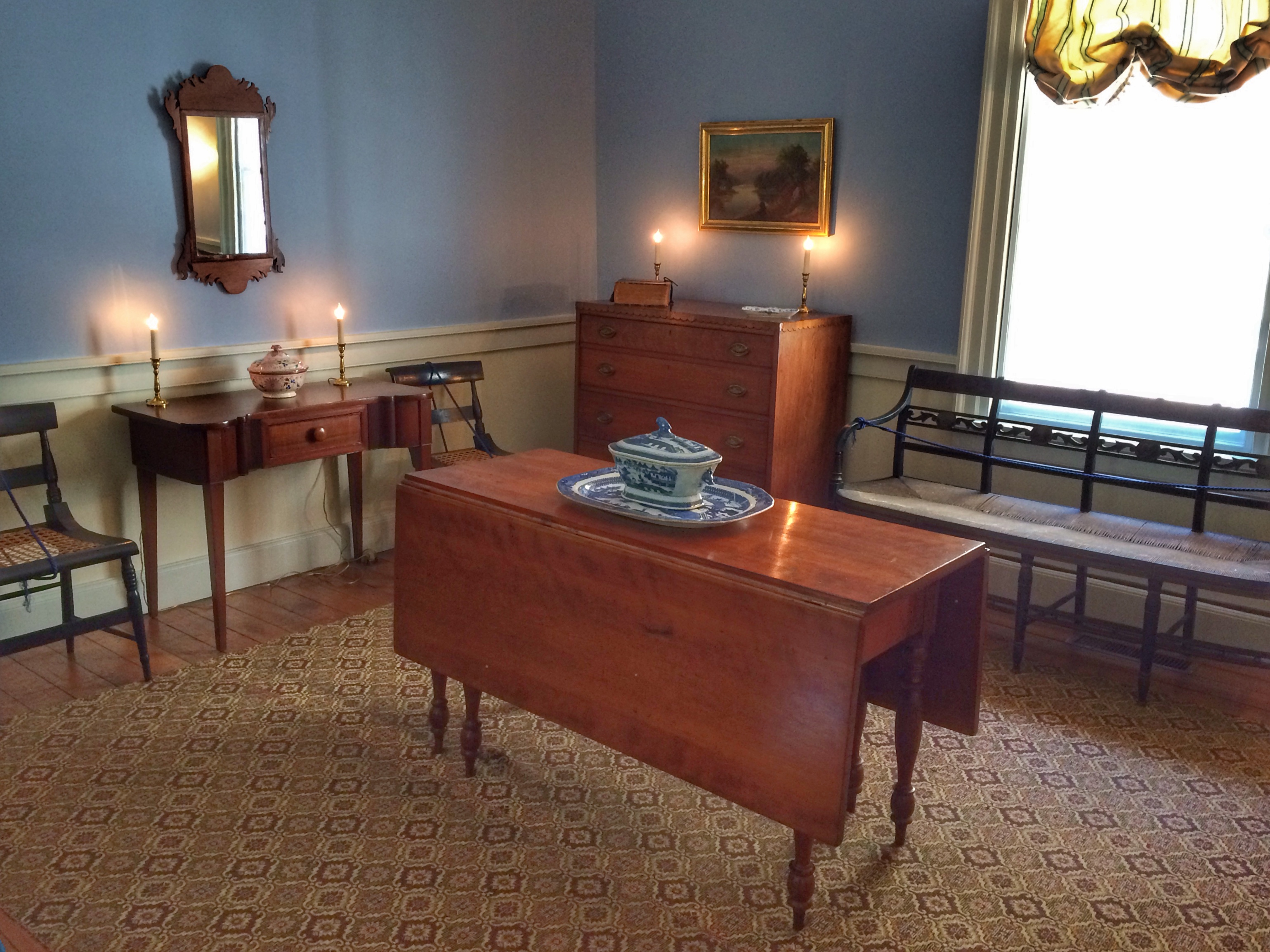 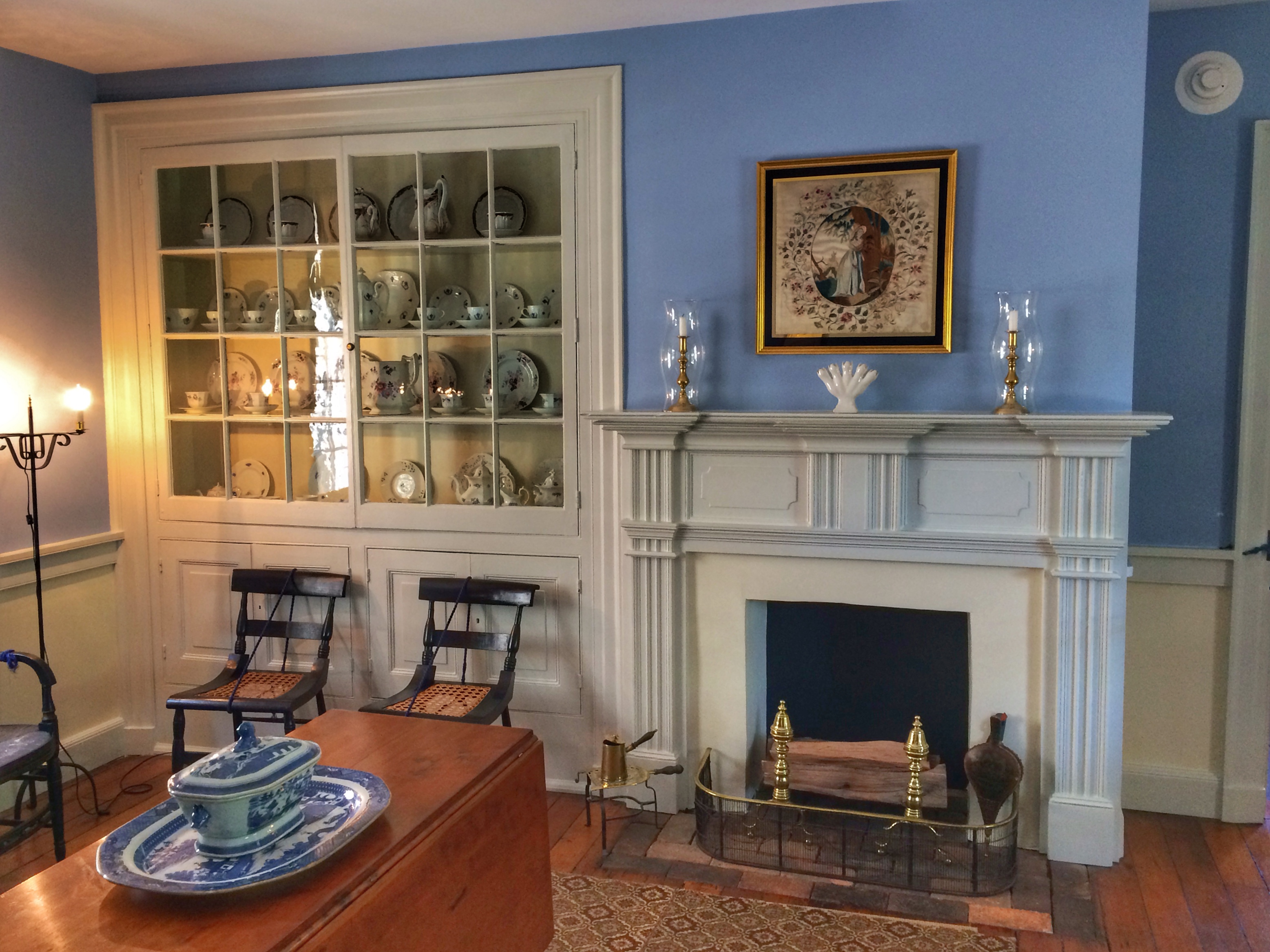 The cradle in the upstairs bedroom was the Sherman’s and supposedly held William. 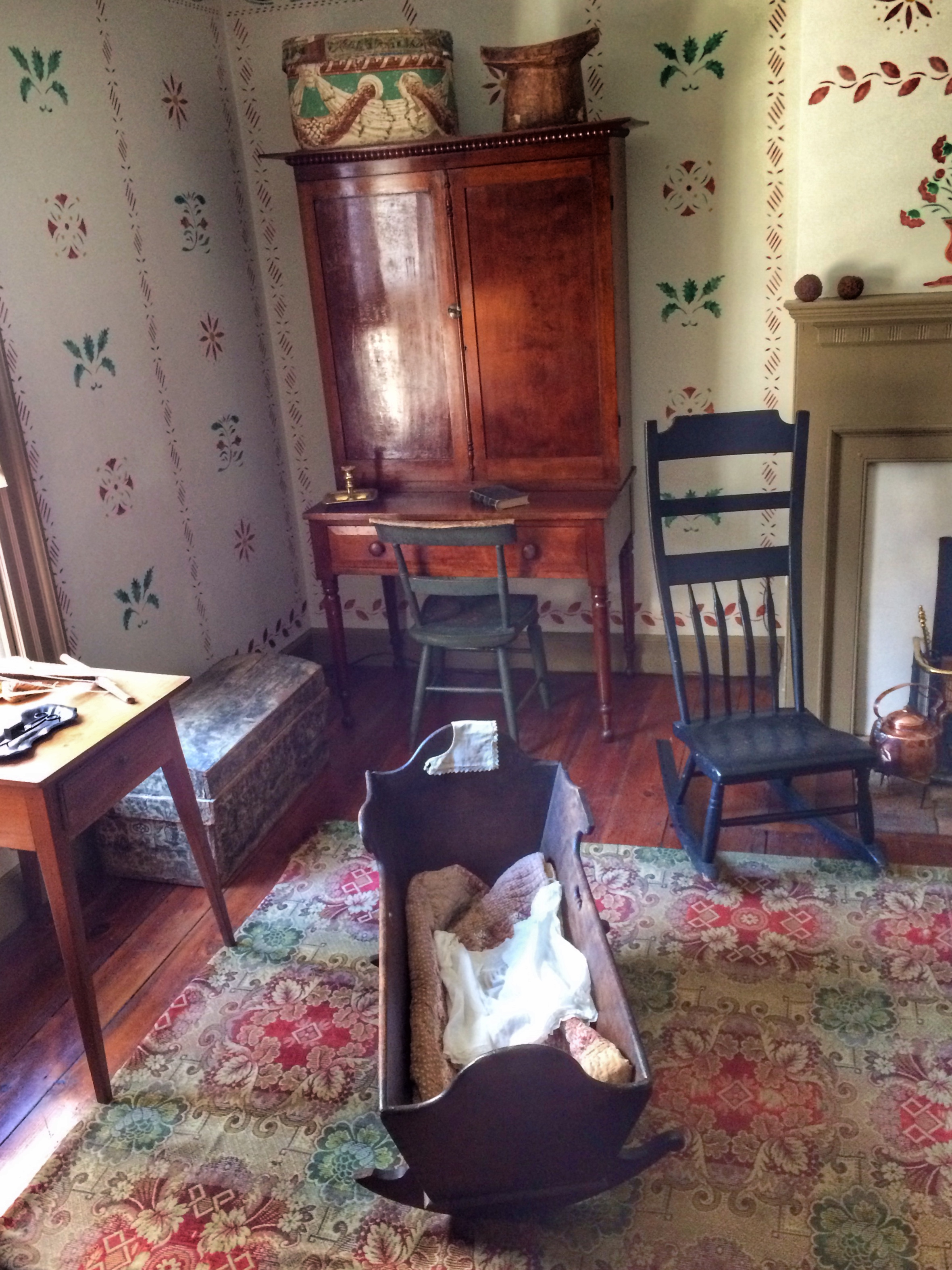 The other upstairs rooms were used for displays on the Sherman family and the Civil War. 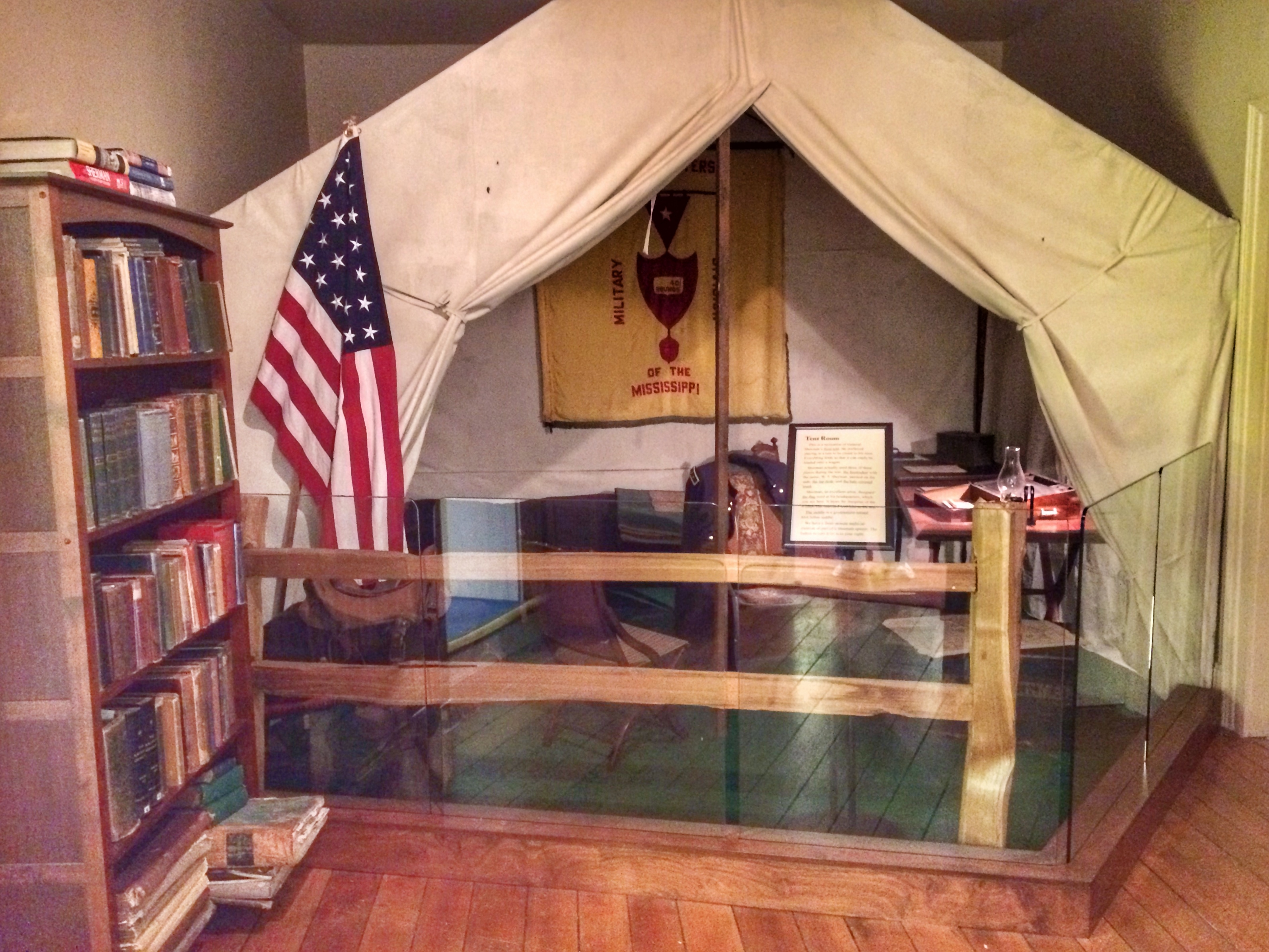 Two of the pieces, the trunk with his name on it and the writing desk on the table, belonged to Sherman. 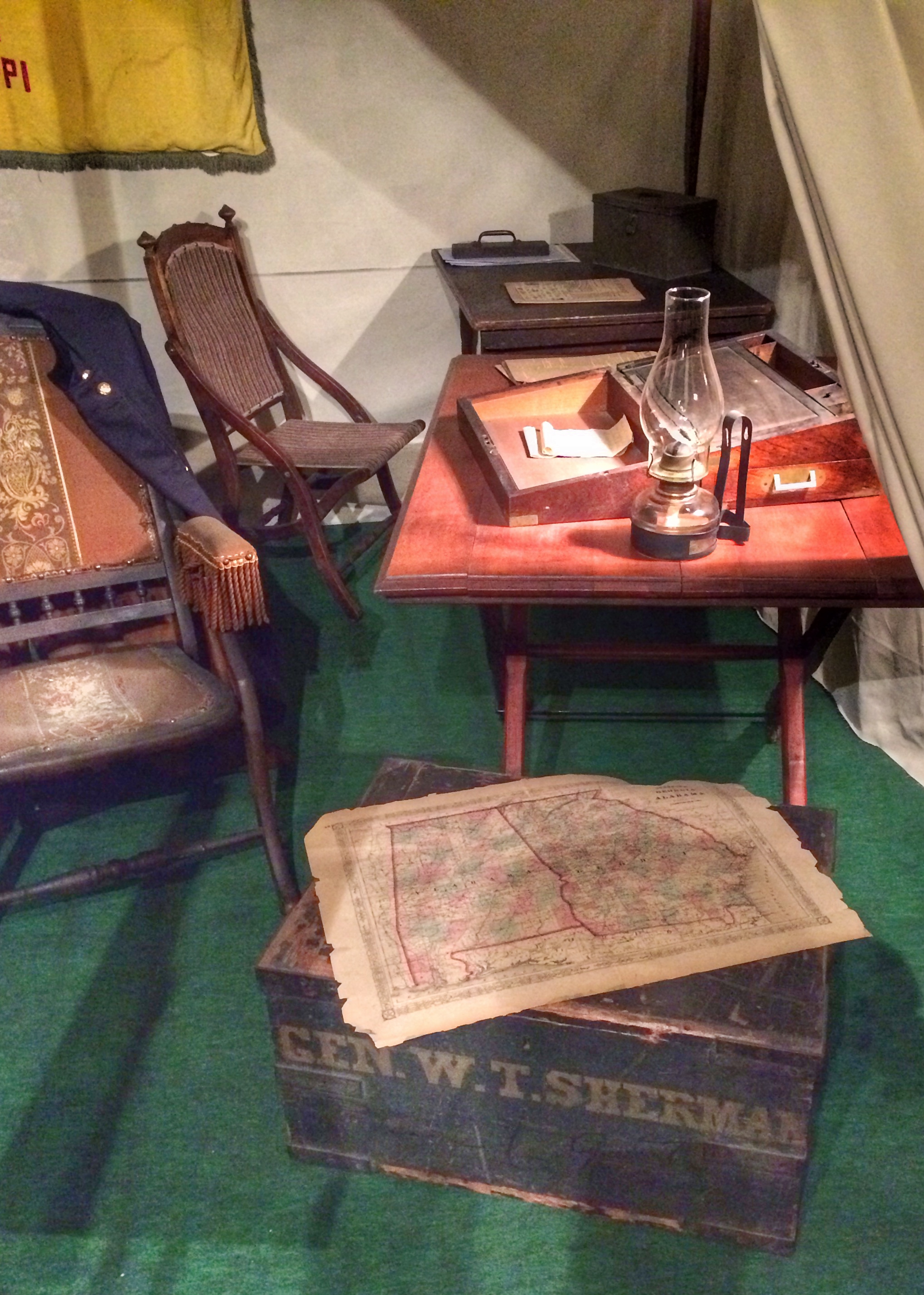 For a local historical association, the curators do a pretty good job. I’ve been in a lot less interesting, informative historic homes. Our guide knew his stuff, although he wasn’t a great communicator. 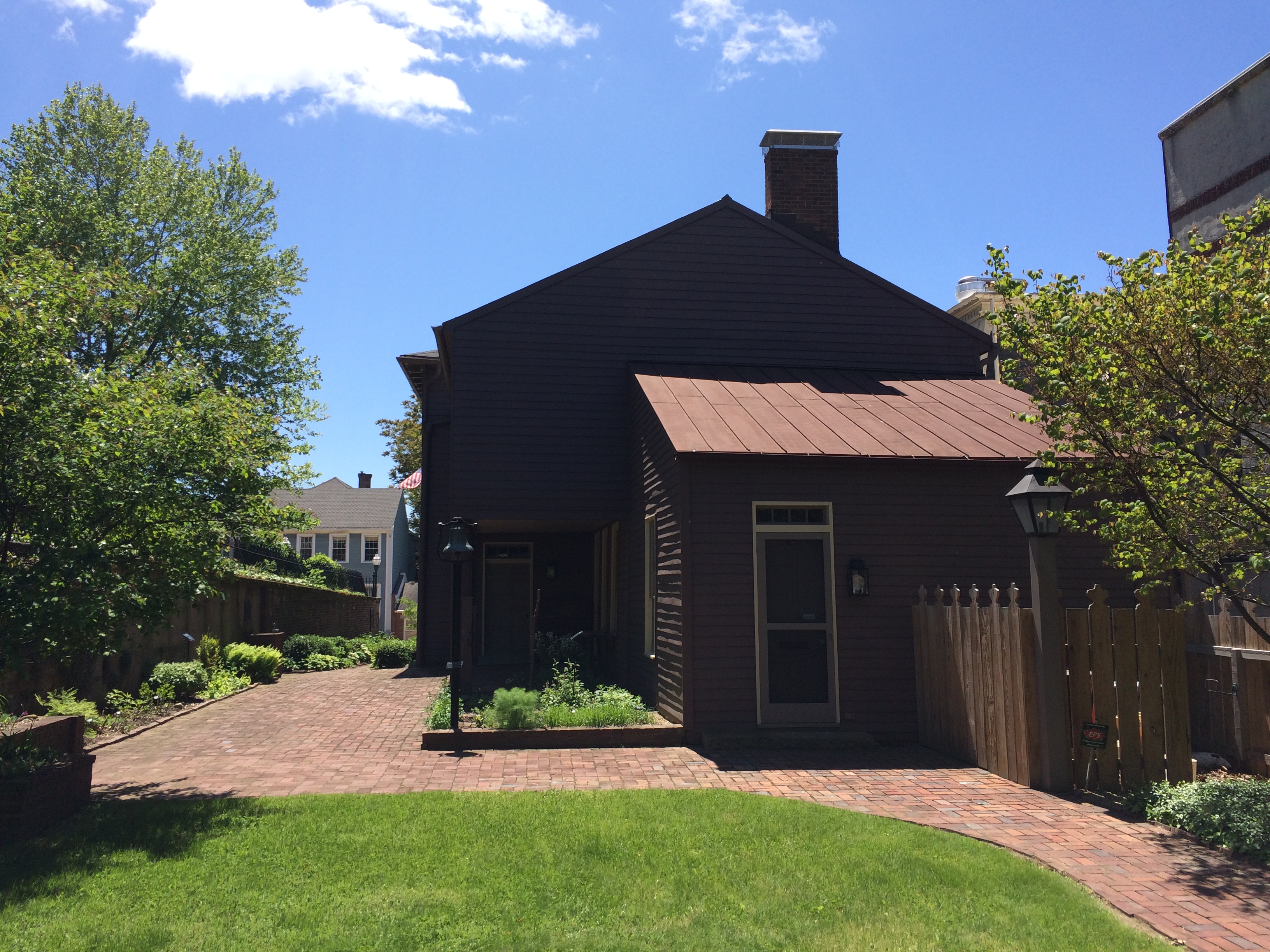