On Tuesday, when I was up by Denver looking at the Yellow-billed Loon, I wasn’t in Pueblo looking at a Snowy Owl that had been hanging out near the marina in Lake Pueblo State Park. On Sunday after church, I drove down. There were a lot of people there, drawn by the owl.

I parked on the rise overlooking the marina and asked a woman where it was being seen. She told me I could see it from there. I set up my scope and took a look. I then let her and her husband look through my scope as thanks for pointing out the bird. Apparently this was a pass for everybody in the area because they soon lined up to look through my scope, even though I’d only gotten a brief glimpse of the own myself. I was gracious and allowed this to go on for a little while until some lady kicked the tripod and knocked the owl out of the picture. I took that opportunity to grab my stuff and go.

Several other people were out on the marina dock, so I walked out there. Turns out the owl was only visible by looking through and around the railings of boats, and the view wasn’t much better than what I’d seen on the rise. Anyway, here are some shots I got by holding my phone up to my scope. 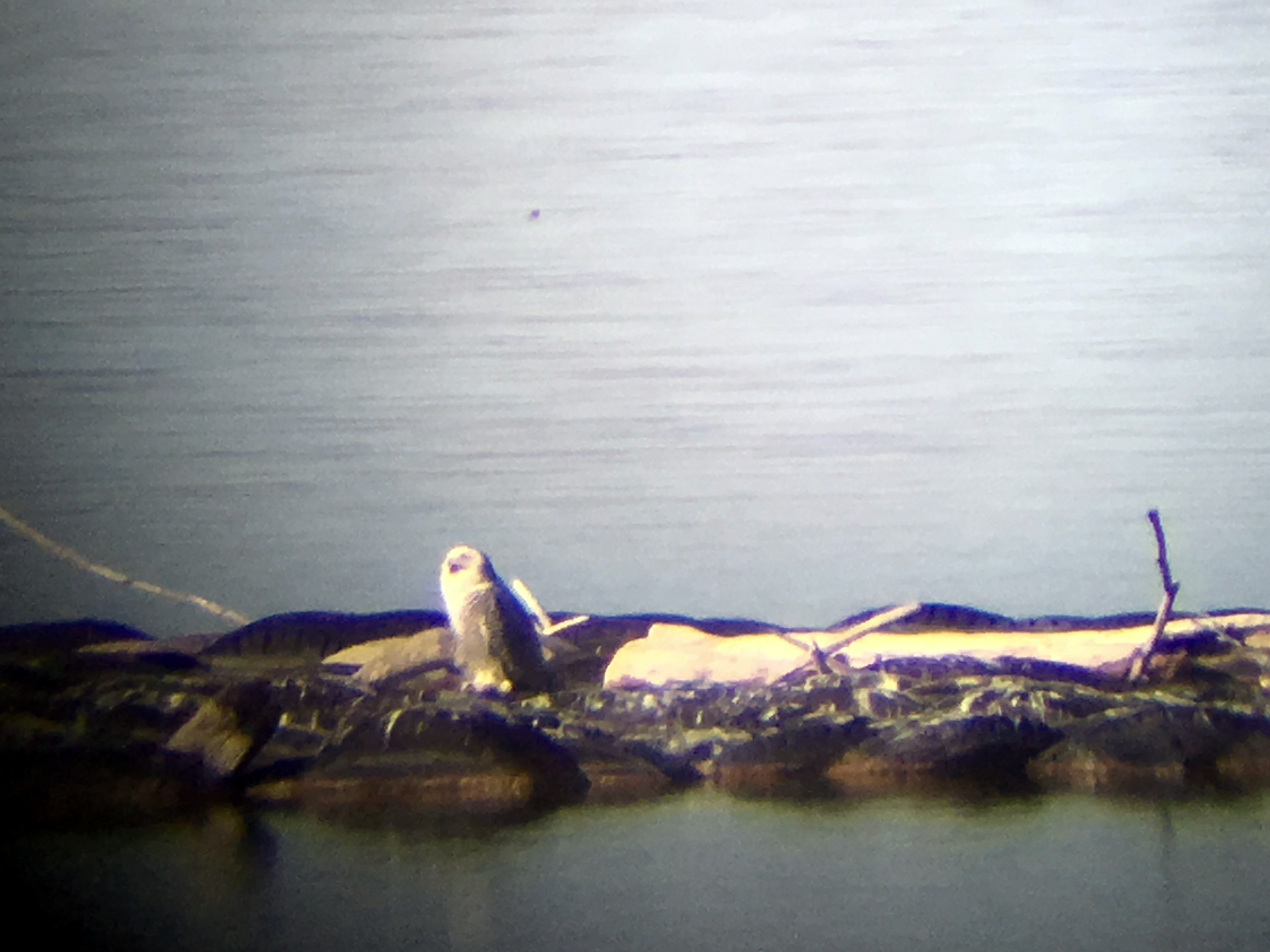 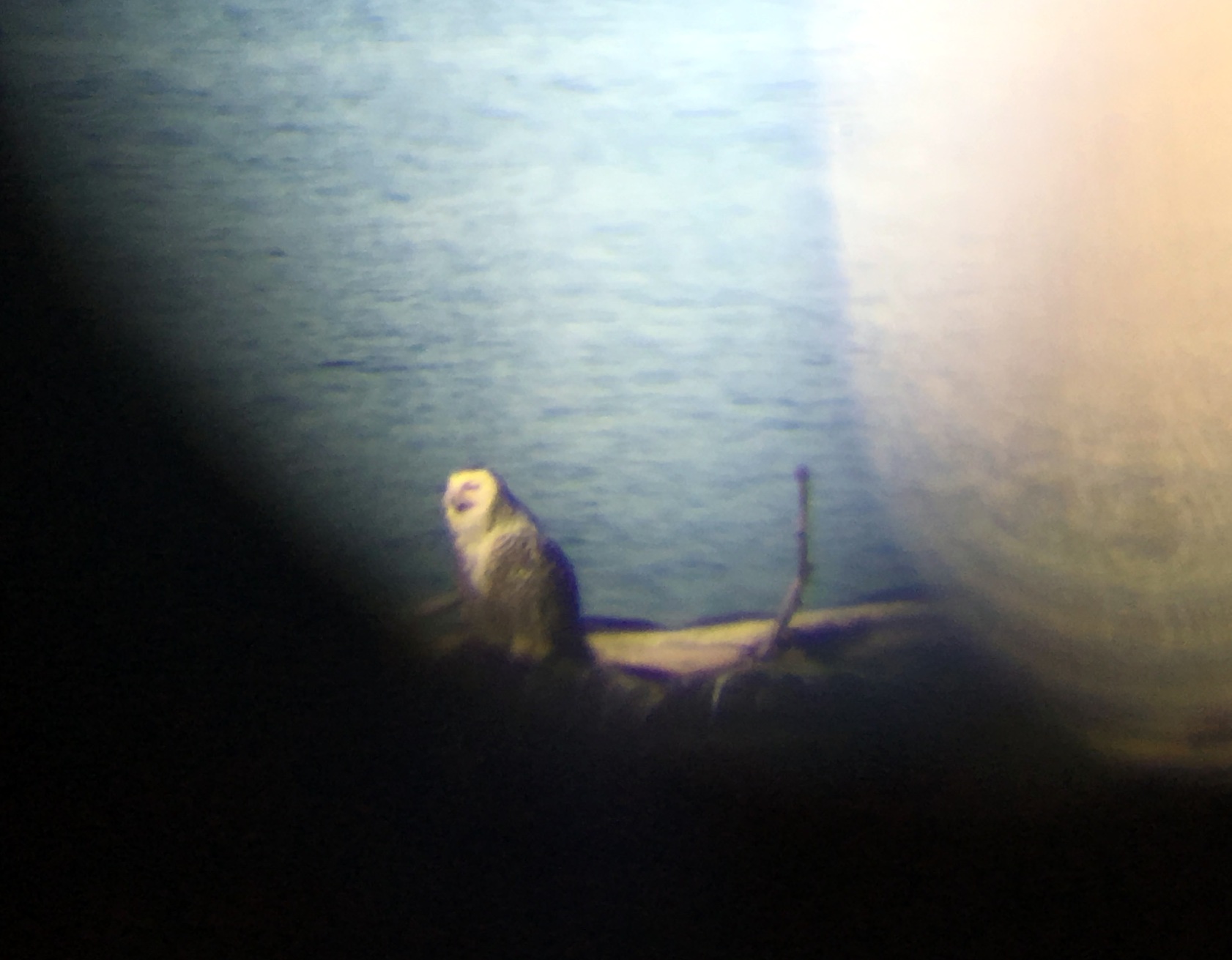 And here’s a shot of the same owl taken by someone with an actual camera. 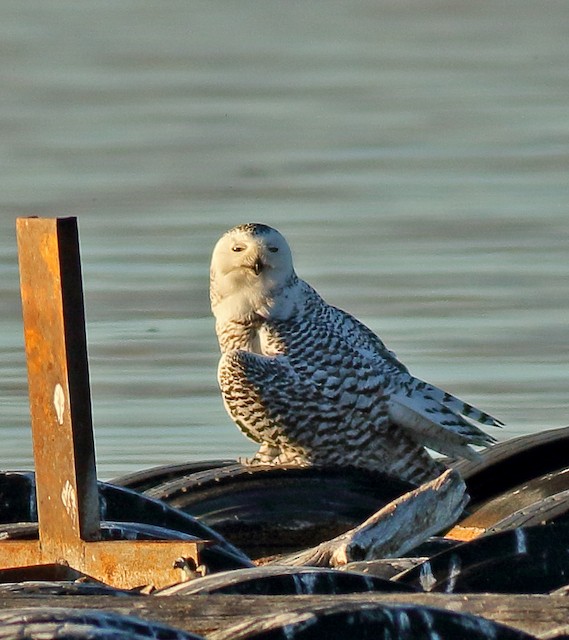 As I was walking back toward my car, I passed the woman who had originally showed me the owl. She said, “You’re going to be very popular.” I looked where she was pointing and saw a large crowd staring at the owl through binoculars. I decided I’d seen enough.

I drove down below the dam and found a bunch of people looking for the Prairie Warbler that’s been hanging around there for about a month. I saw it in late December. Nobody had seen it since early morning. I relaxed and looked at what else there was to see. All the birders cleared out. I walked down closer to the river and soon spotted the warbler. 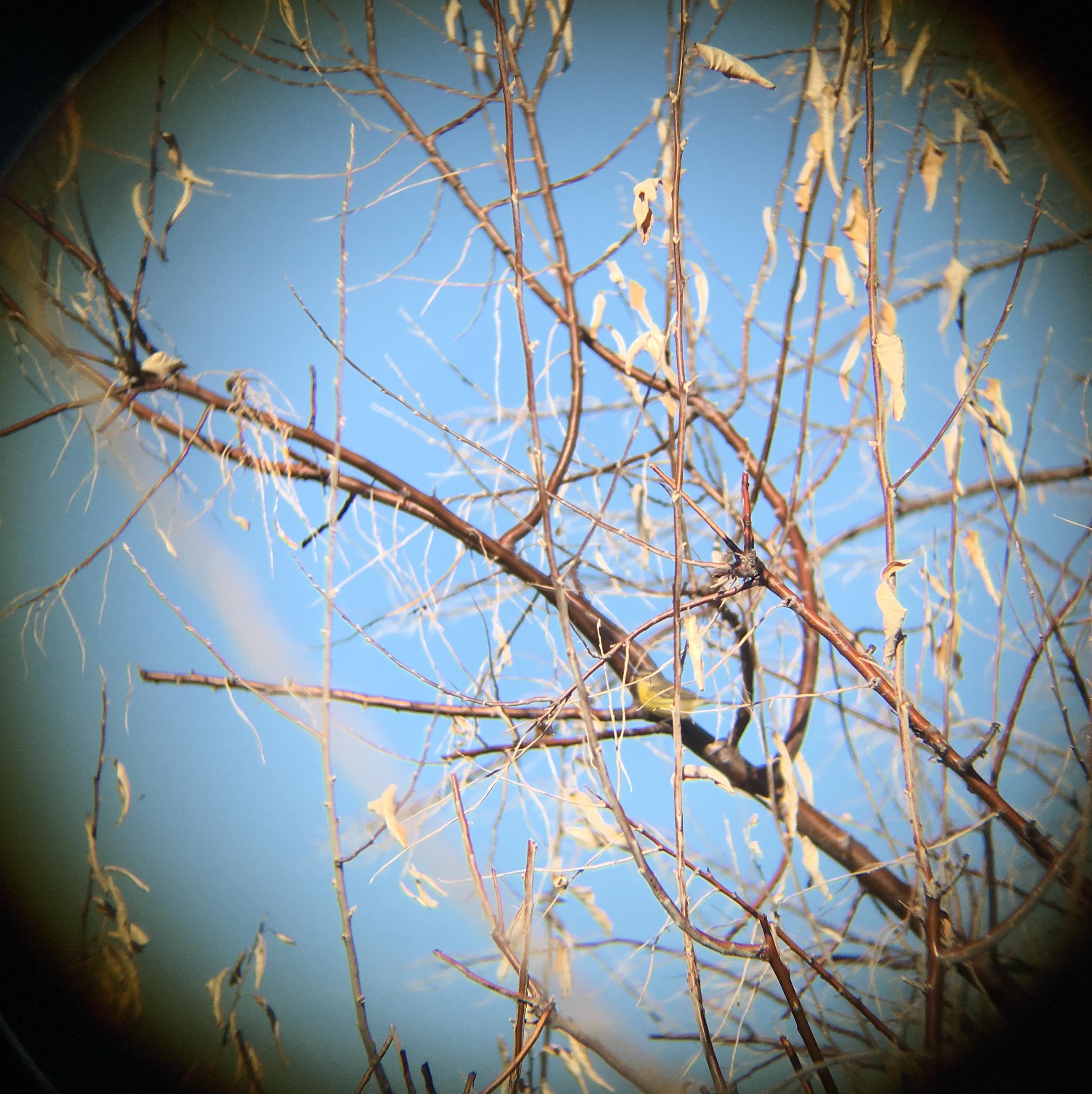 Again, here are some photos of the same bird taken by people with actual cameras. 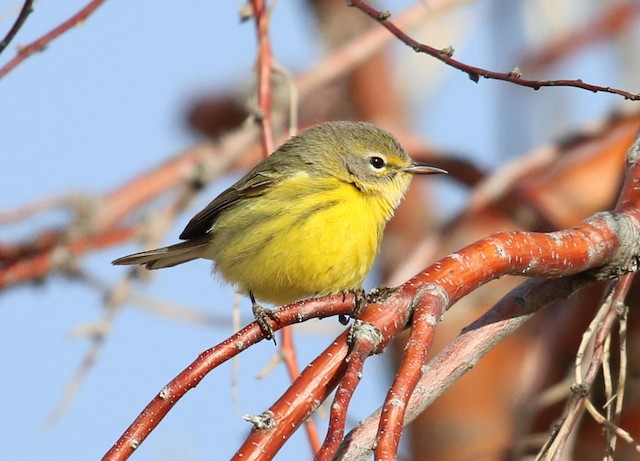 I drove to some other areas of the park, but didn’t see much. I was heading back on the road below the dam when a guy in an SUV came roaring up behind me. He came up very close to my bumper and was making gestures of frustration at the fact that I was only going five mph OVER the speed limit. We went through a passing zone. There were no cars coming in the other direction, so I pulled way to the side of my lane and slowed down a bit for him to pass. Instead, he got up even closer behind me and made some more gestures. I was passing the ticket station and saw a guy dressed in brown. I don’t know what made me think it was a park ranger, but something did. I slowed down to the exact speed limit—25 mph along that stretch. The guy in the SUV was fit to explode. He was inches from my bumper. I kept watching in my  mirror to see if he would do something more stupid than he was already doing, or even dangerous. Through the cab of his truck I suddenly spotted flashing lights. It was about 39 seconds before the jerk noticed. He pulled over. I kept going. The last I saw of him was when he was stopped along the road and the ranger was getting out of his car. This made me happy.