This place wasn’t high on my list of places to see in Colorado Springs, but after living in the city for two years, I’m running out of museums. The Space Foundation isn’t large or well organized, and it seemed to be designed primarily to encourage kids to become astronauts. I wonder if it’s ever accomplished it’s goal? 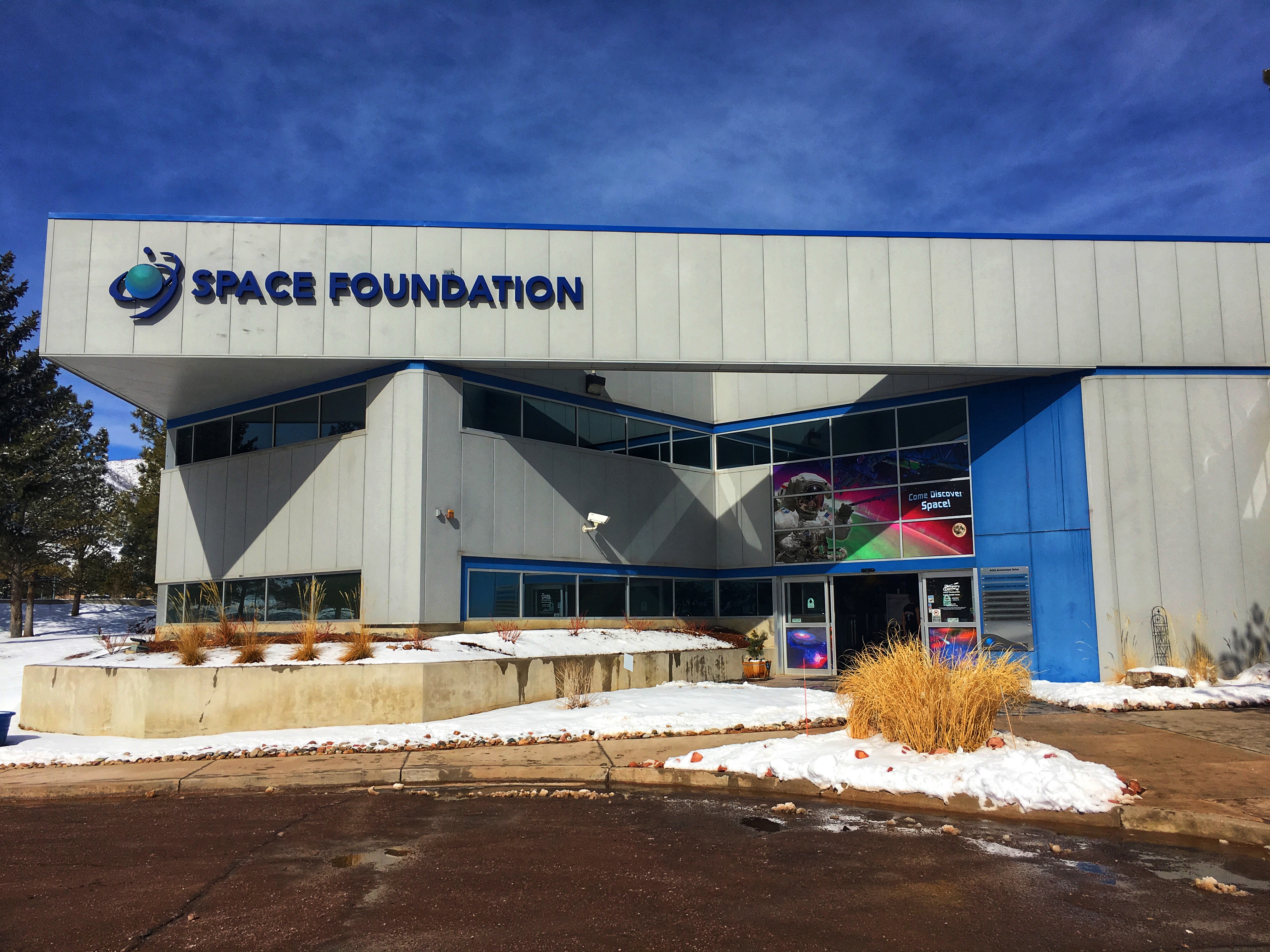 Inside, there are displays on uniforms and food and weightlessness. There are scale models of satellites and rockets. There’s a room made up to look like the surface of Mars on which visitors could attempt to drive remote-control vehicles. 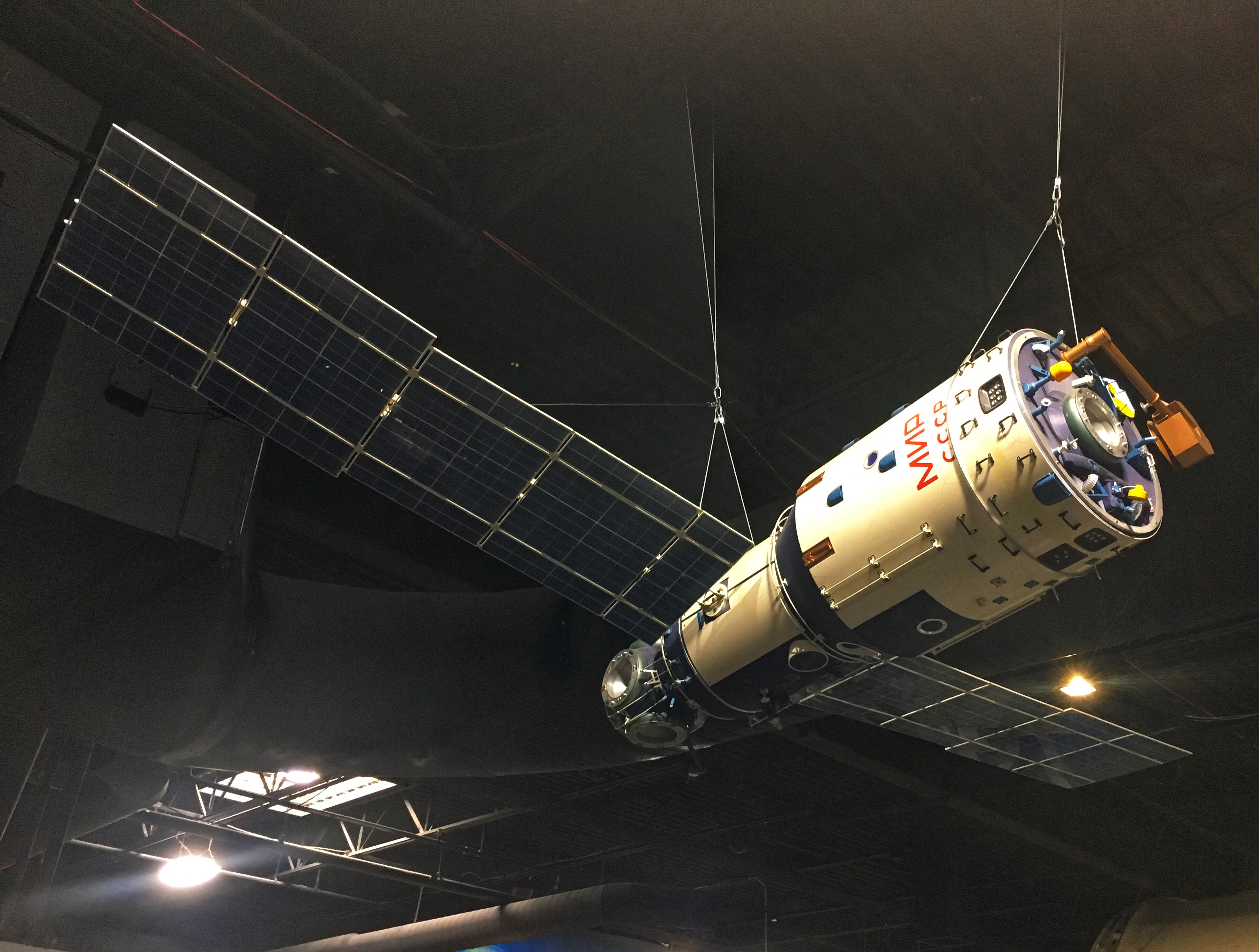 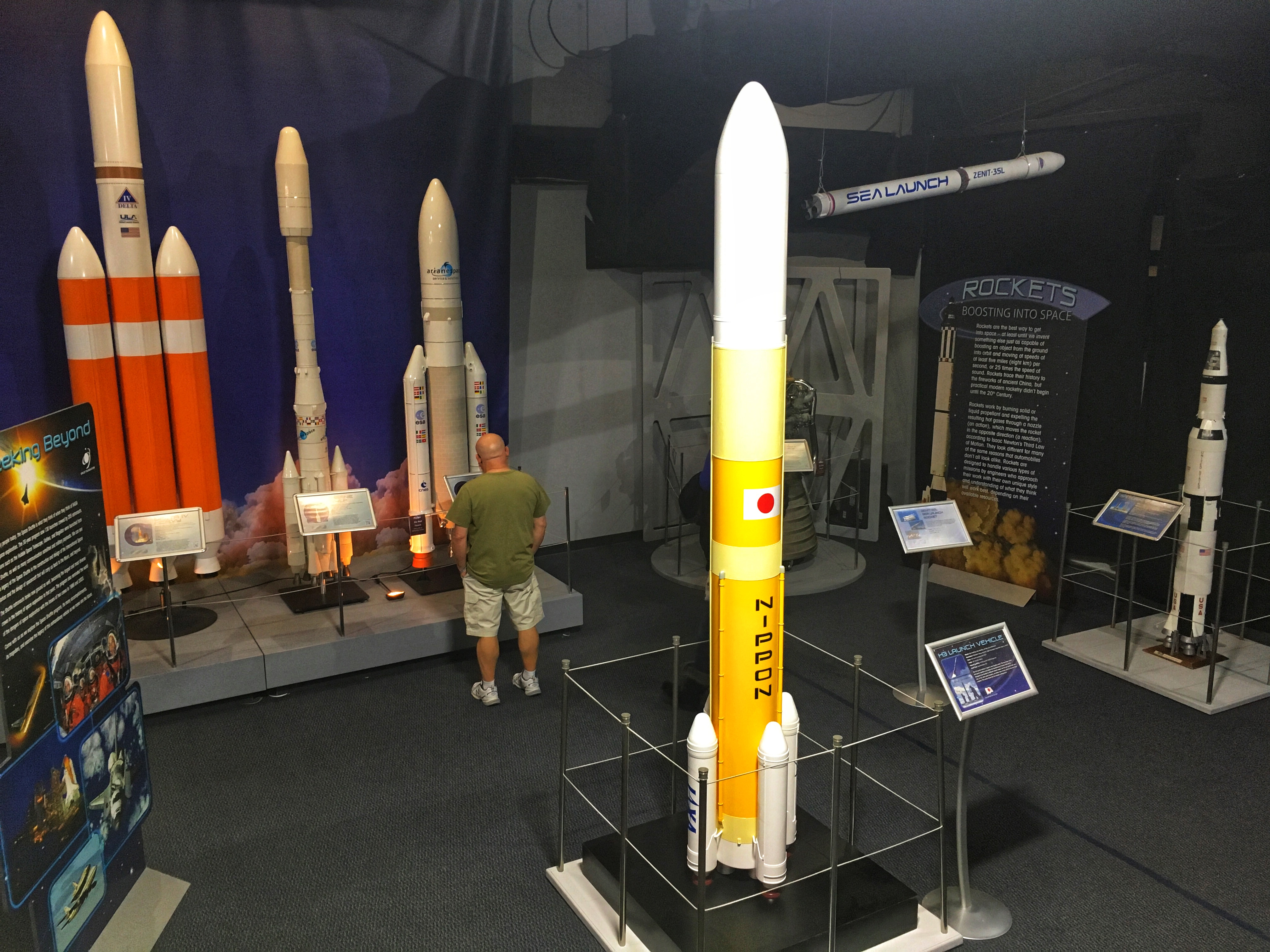 I was moving rapidly through the place, in danger of having spent $10 for a half-hour visit, when I stumbled onto the theater. A large white sphere hung in the center of the room, and on it a movie was projected. I took a seat and watched for a while. The movie turned out to be a screed on the imminent dangers of global warming. (There had been a six-inch snowfall the evening before and the museum opening was delayed by an hour—but still, you know, global warming.)

I was about to wander out when a kid in a Discovery Center T-shirt wandered in and narrated a show on the planets. He projected pictures of each of them onto the sphere and told us stuff about each. It was pretty interesting. And unintentionally funny. He asked for questions, but whenever somebody asked something he didn’t know, he said, “It involves complicated astrophysics and would take too long to explain here.” He must have said this at least six times during his half-hour talk. 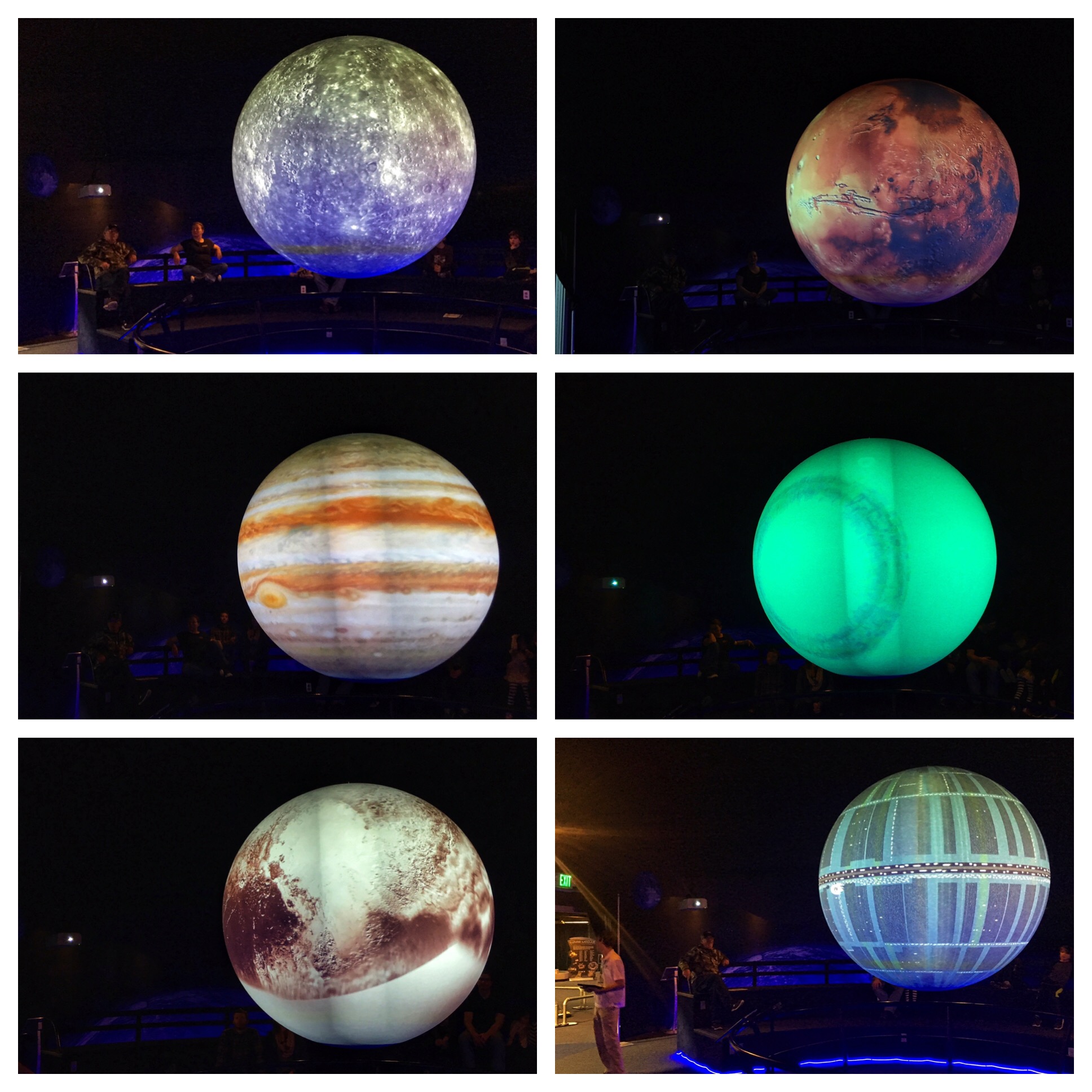 Clockwise from top left: Mercury, Mars, Uranus, Death Star, Pluto (the white space at the bottom hasn’t been photographed by satellite), and Jupiter.

And so I’ve been to the Space Foundation. I’m not sorry I went, but I seriously doubt I’ll go back—unless I decide to become an astronaut.