We visited the Dwight D. Eisenhower Presidential Library and Museum, which wasn’t as grand as it sounds because the museum was closed for renovations. There were a few museum displays in the library.

The principle attraction for us was Ike’s boyhood home. He was born in Texas in 1890. He moved with his family to Abiline, Kansas in 1898. The family lived in the home until Ike’s mother’s death in 1946. By that time, Eisenhower was famous as a general, so the house, with the family’s belongings, was immediately turned into a museum. 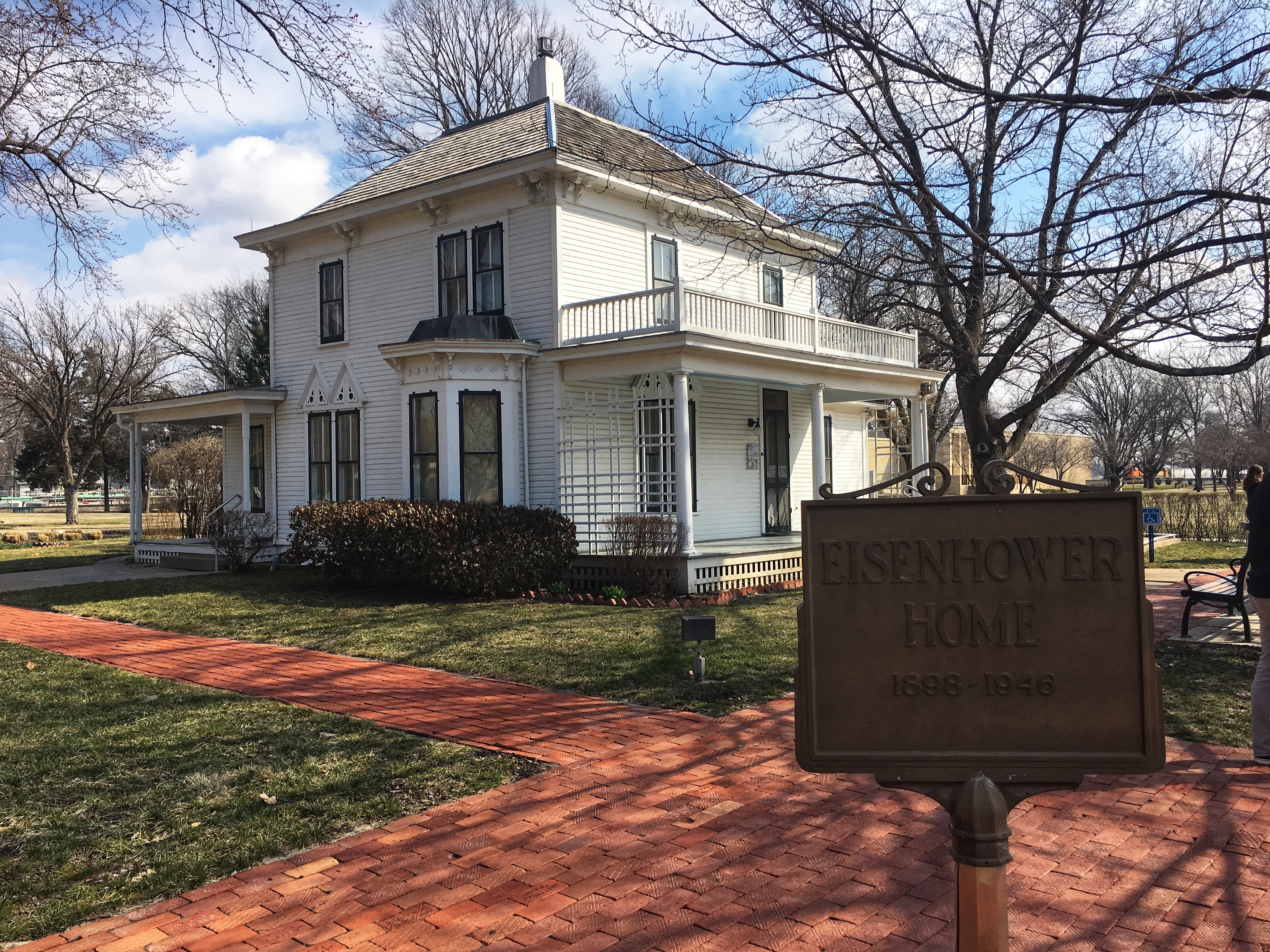 The house was small. Two bedrooms were added to the first floor in 1900, one for Ike’s parents and one for his grandfather. Ike and his five brothers slept in three small bedrooms upstairs. 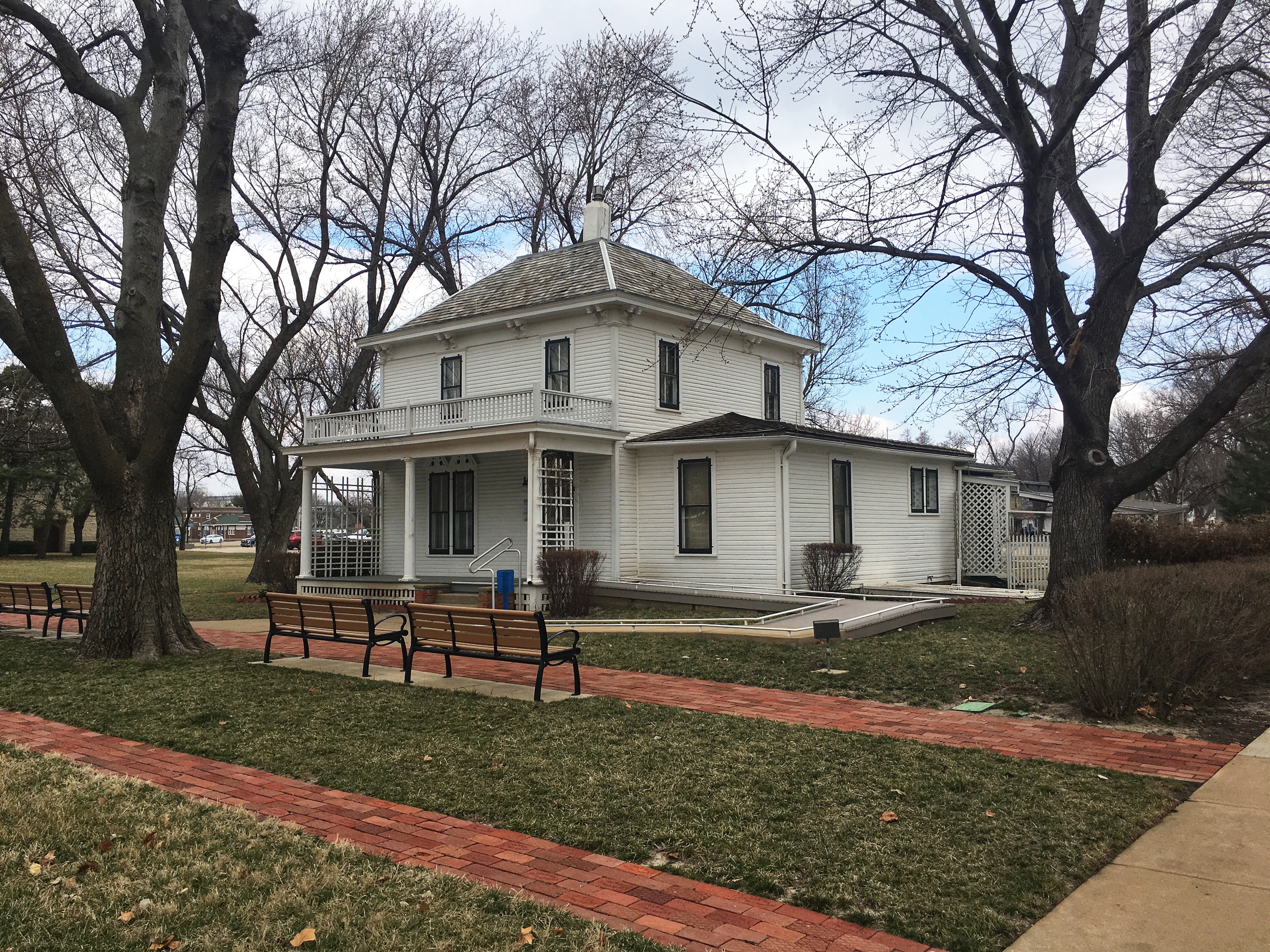 Our tour was only of the first floor. There were about eight other visitors with us.

Two views of the kitchen. 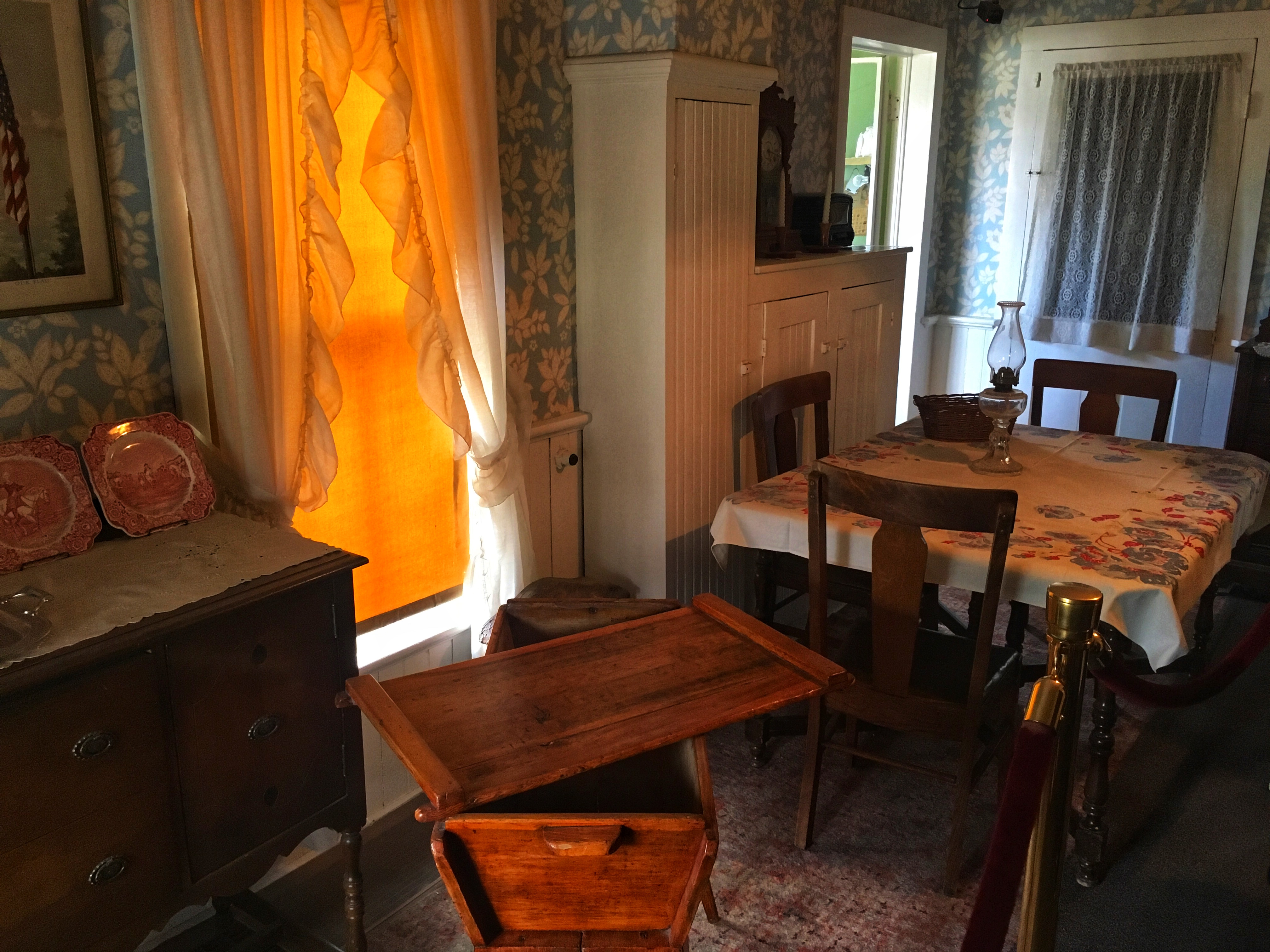 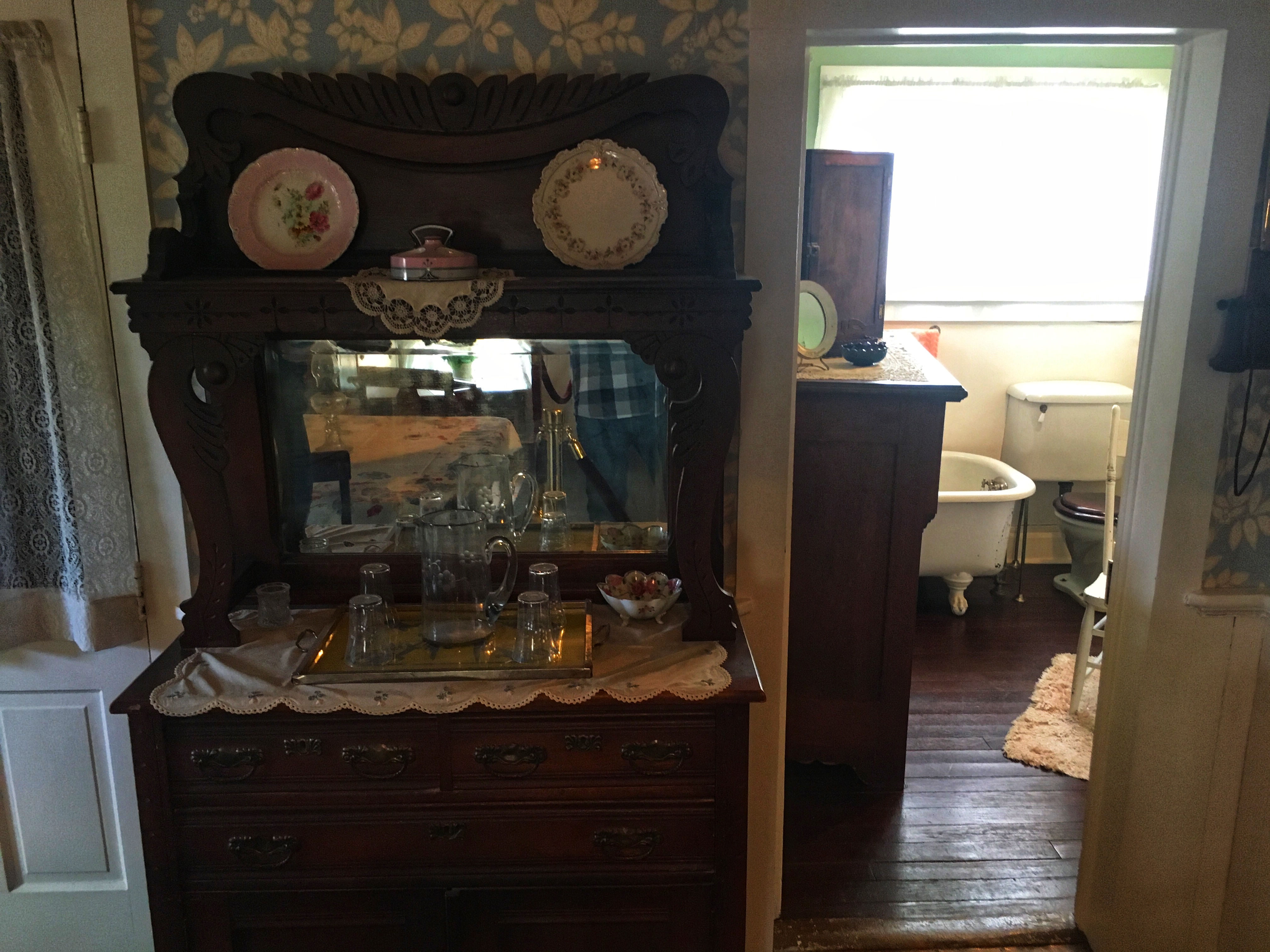 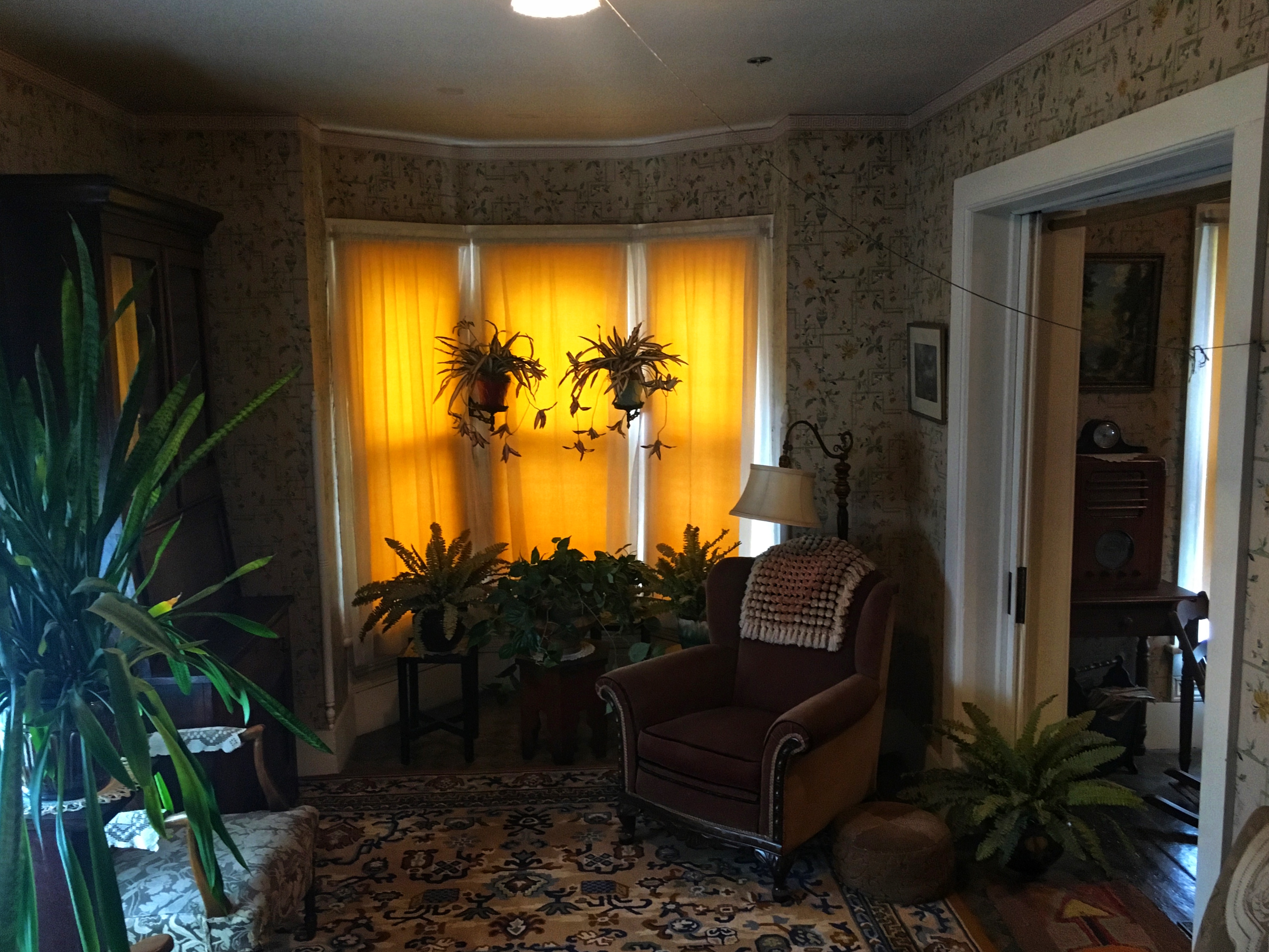 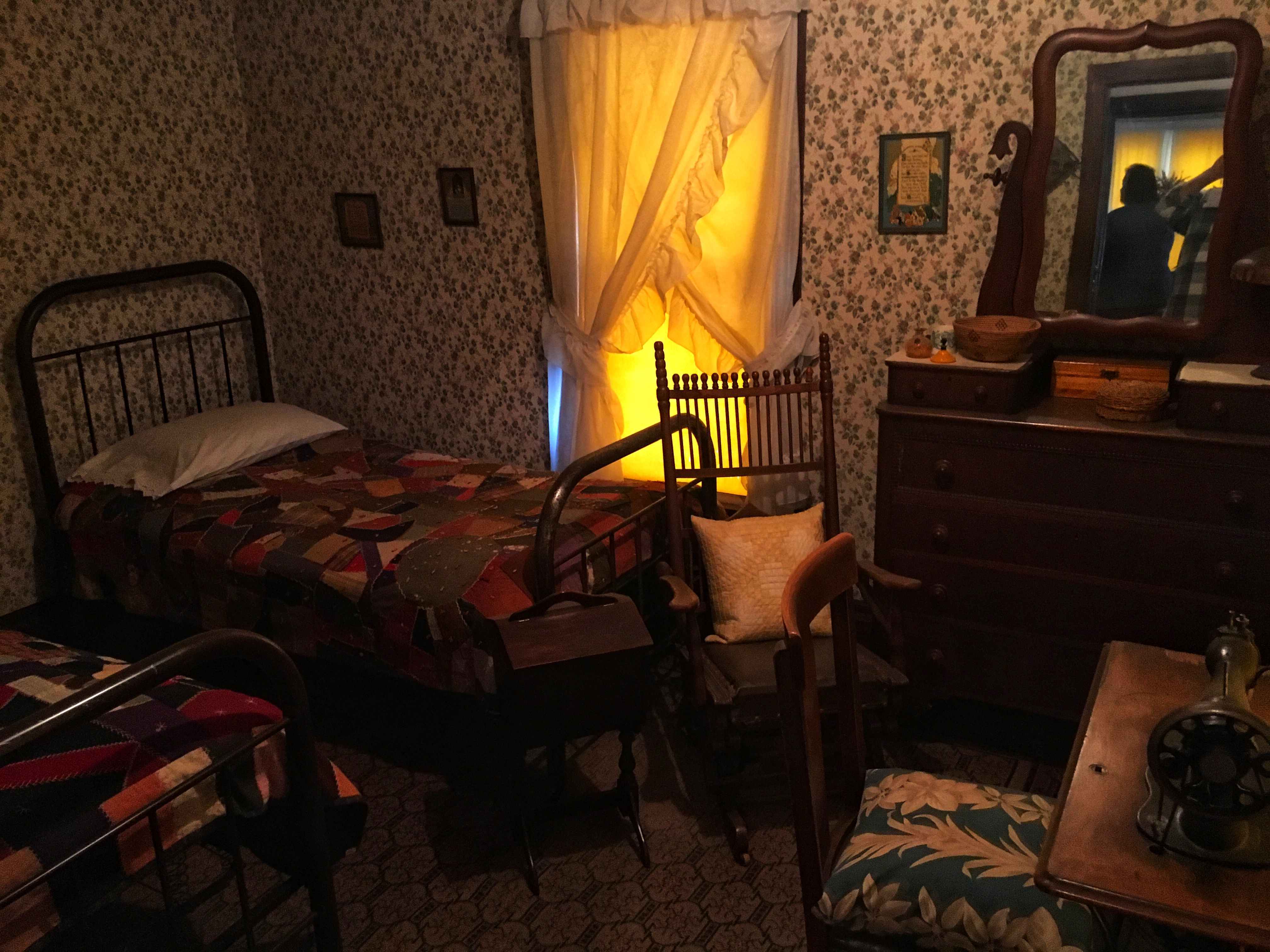 The family room where all eight Eisenhowers hung out. 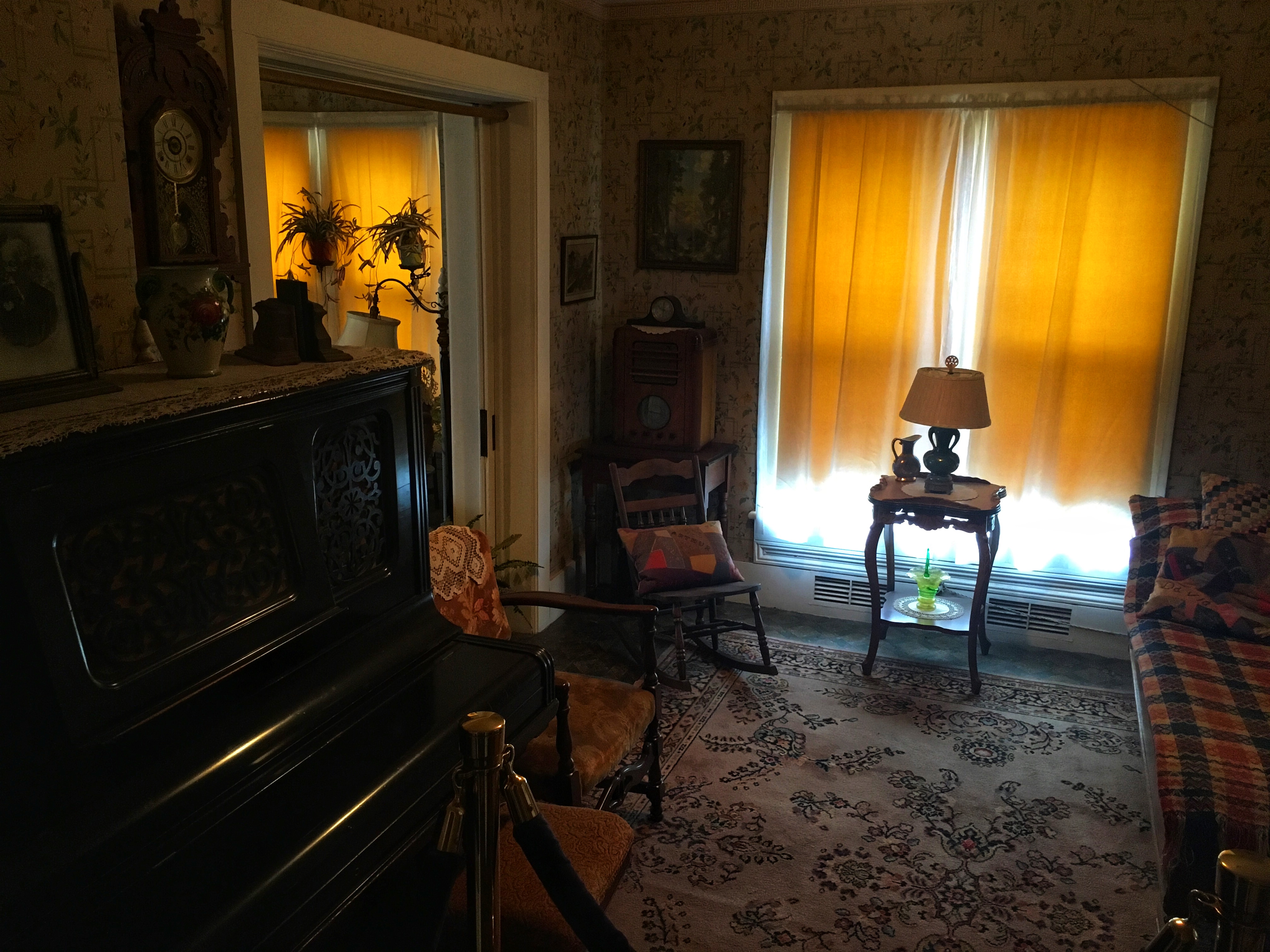 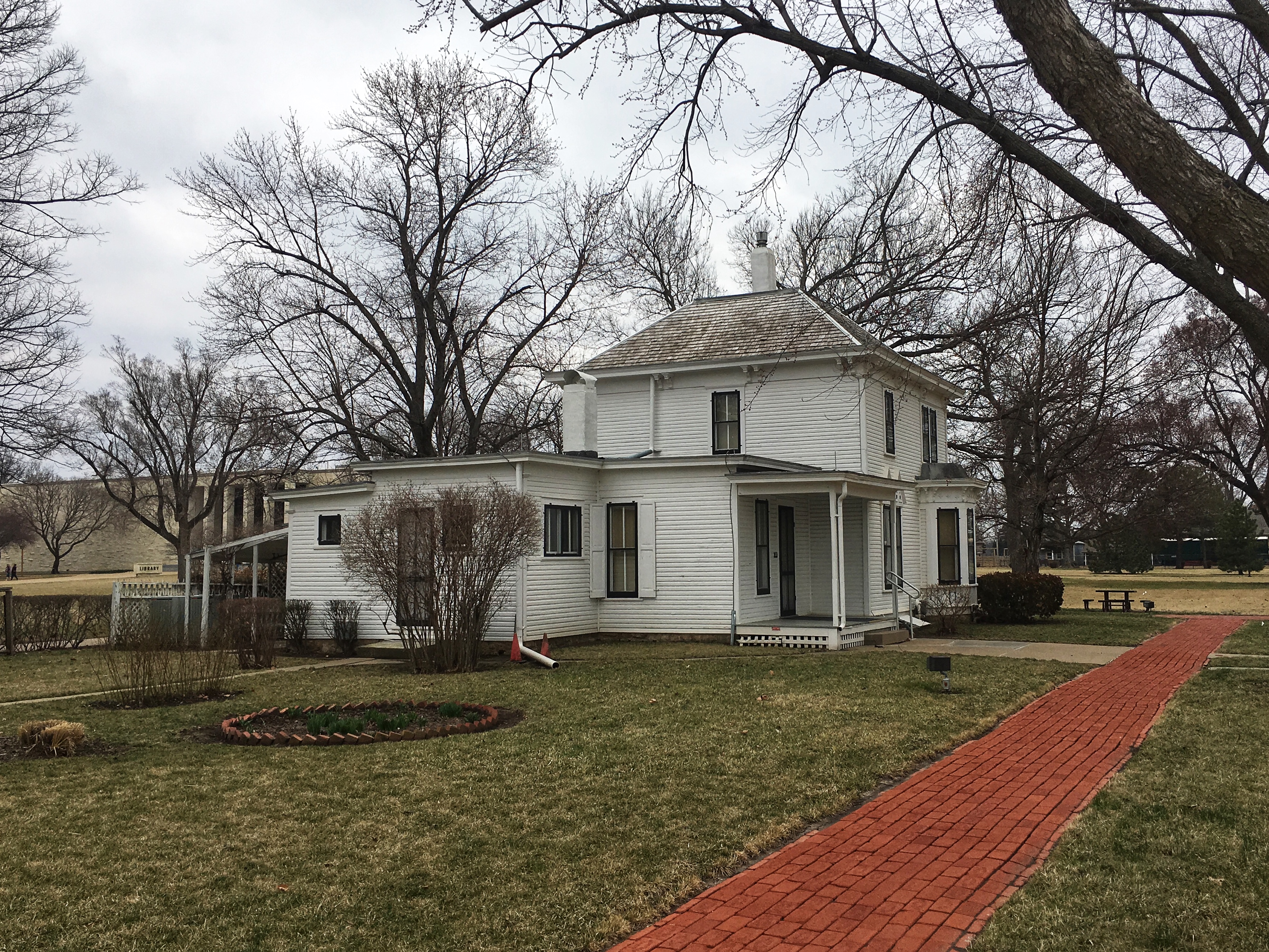 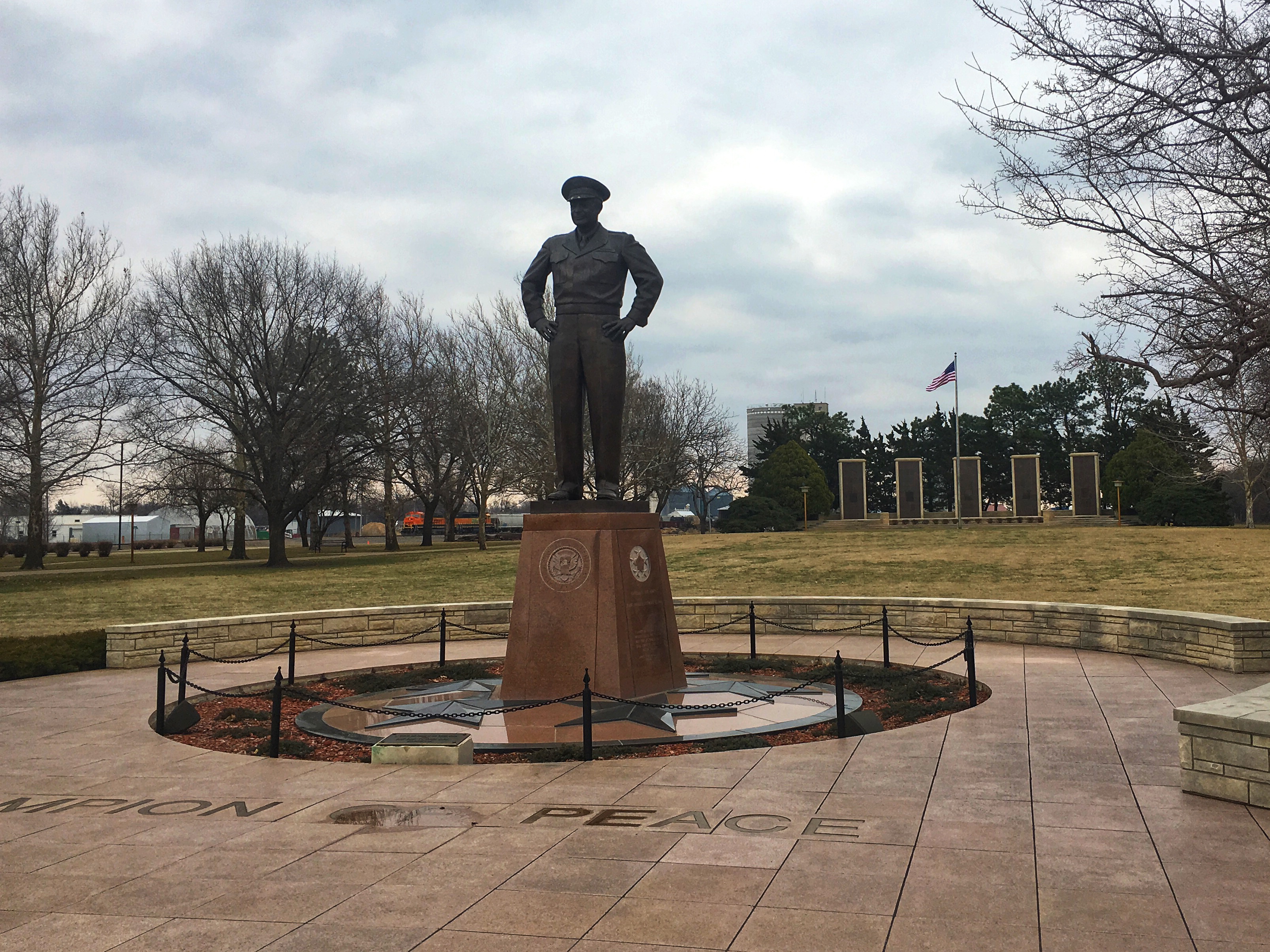 Dwight and Mamie’s grave sites are in the Place of Meditation. 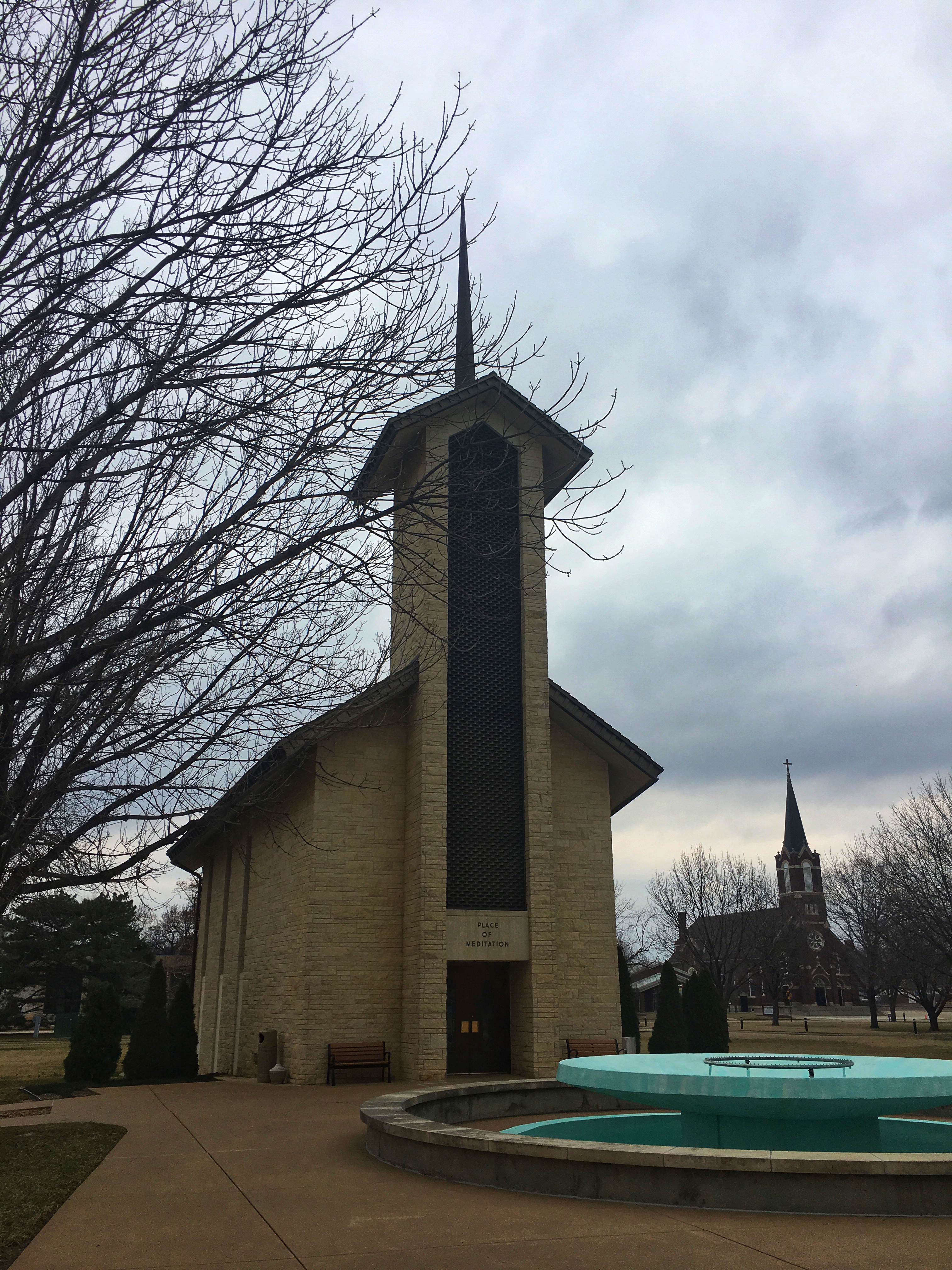 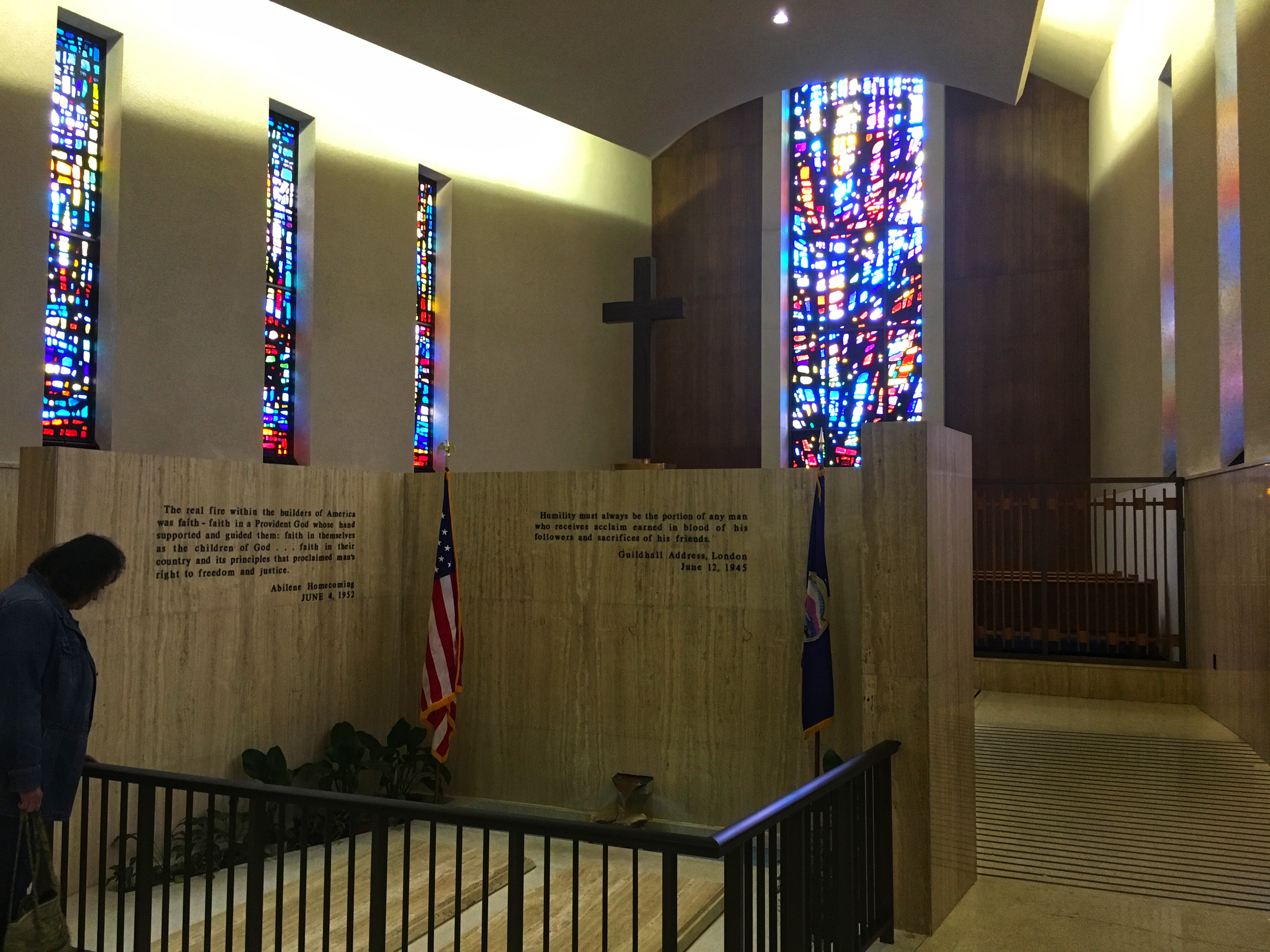 We got free passes to return after the museum reopens, and it was all interesting and well-done enough that we just might. I’ve always been a fan of Ike, partly because he was President when I was born, but also because he spent a lot of his time as President fishing and golfing instead of messing up the country like so many other Presidents have done.