St. Elmo is a ghost town in the Sawatch Range about two hours west of our house. The road that leads to it passes through the Chalk Cliffs along Chalk Creek. 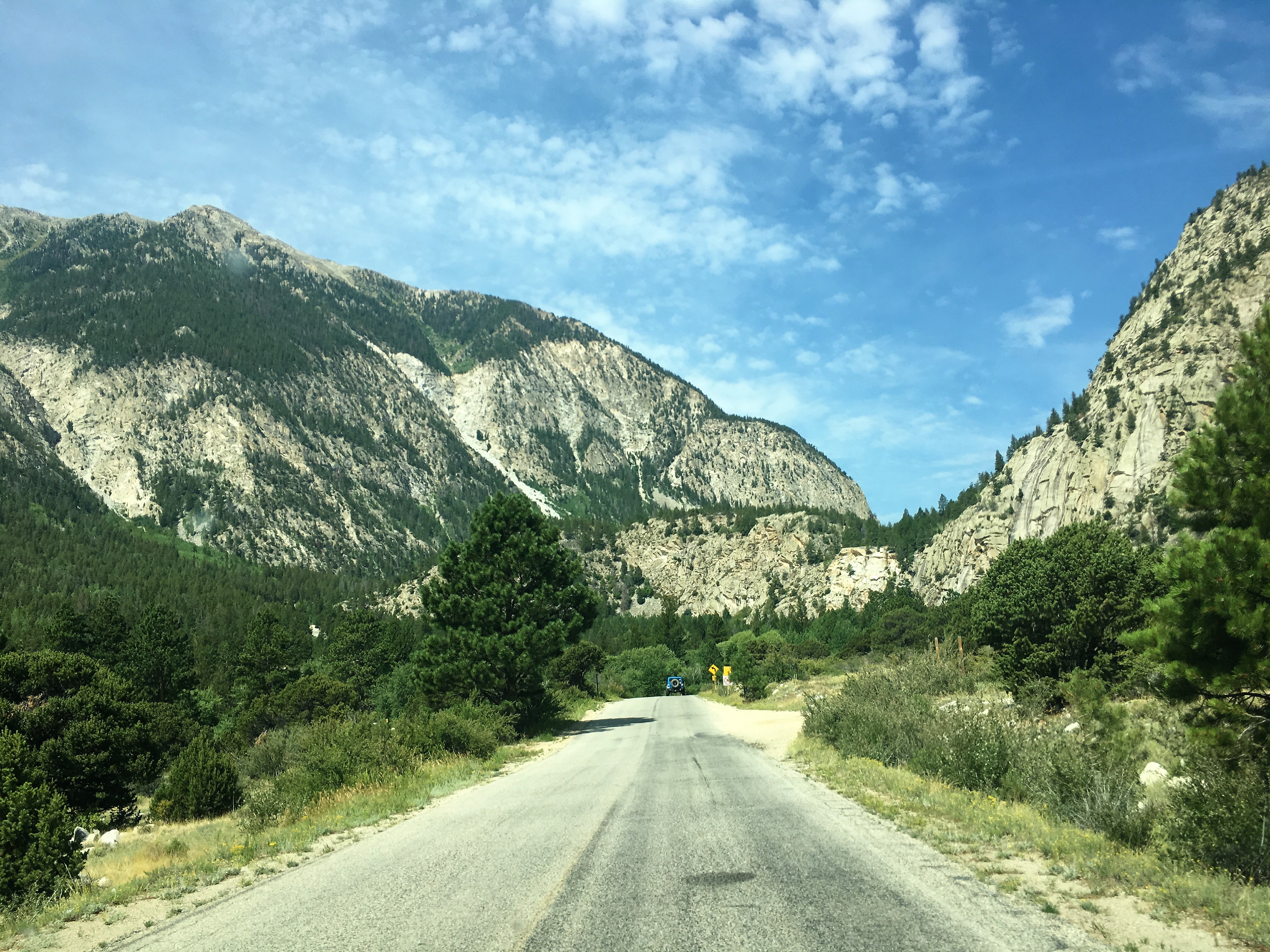 The town was established in 1880 when silver was discovered along Chalk Creek. The railroad soon followed. By 1930, the mining was pretty much done and the railroad was shut down. Several buildings still remain in good condition. All of them are privately owned, and we were only allowed in two of them—the town hall and a general store.

We wandered up the street and back down, looking at the buildings. Several of them were undergoing restoration projects. 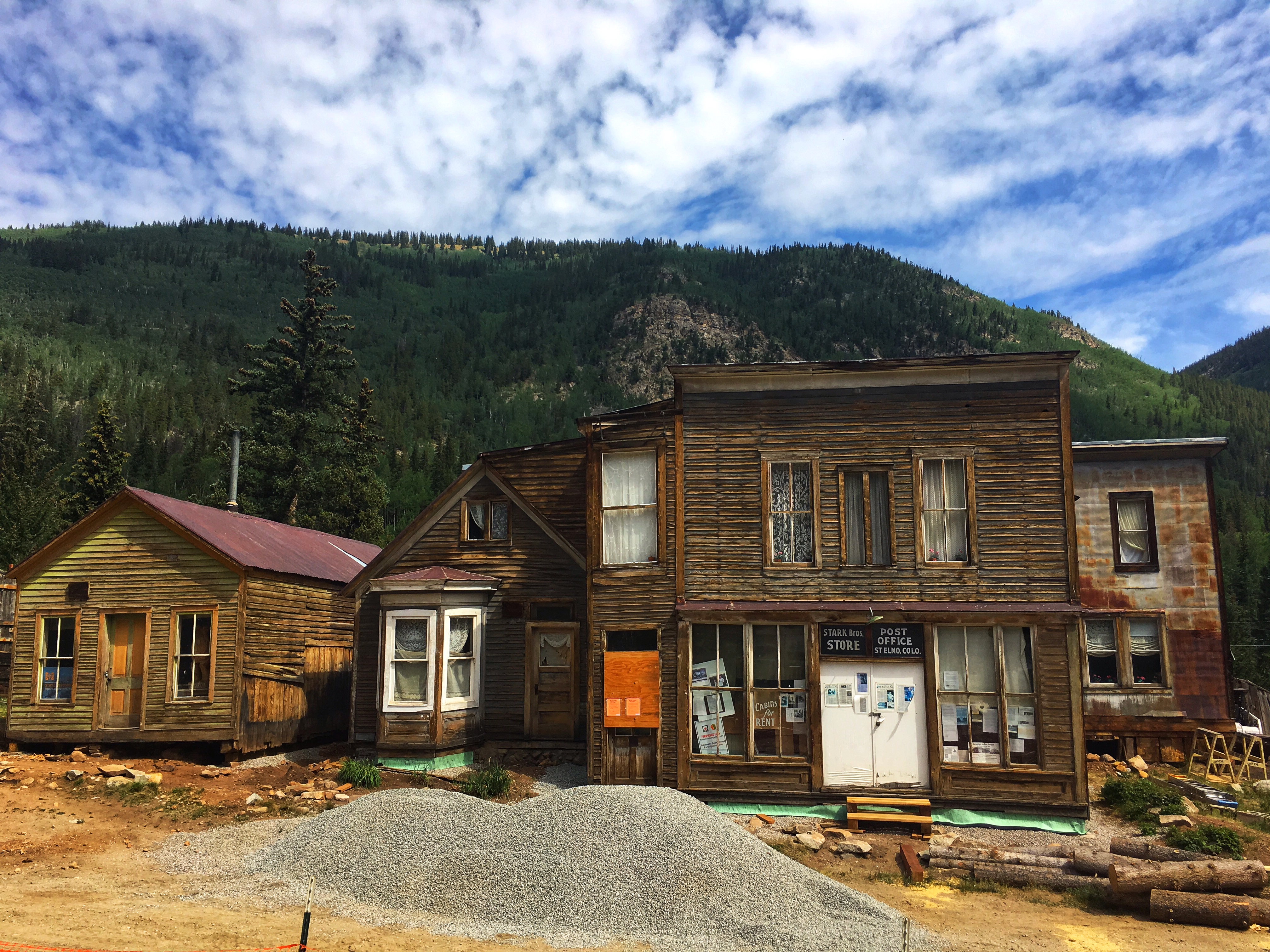 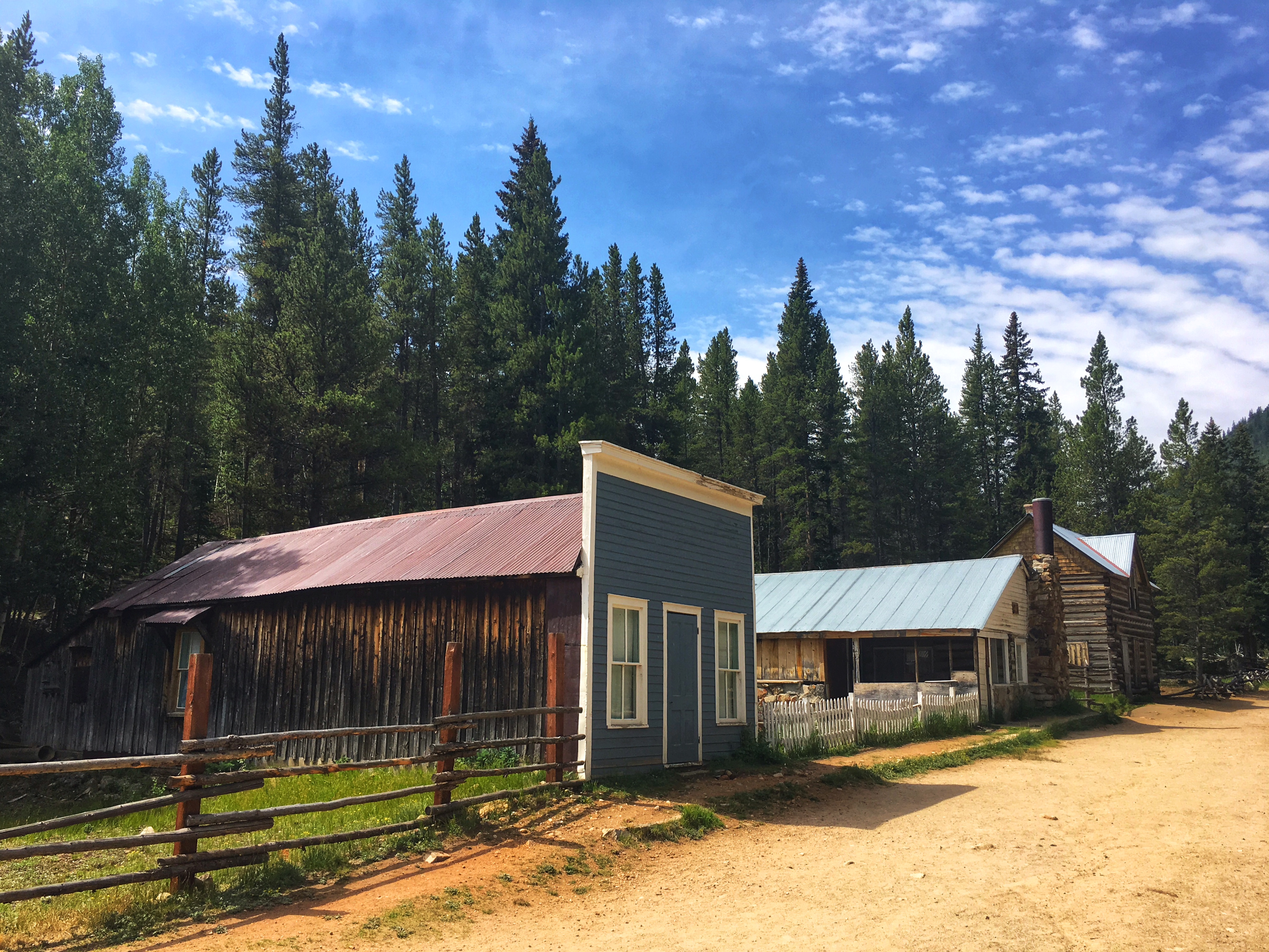 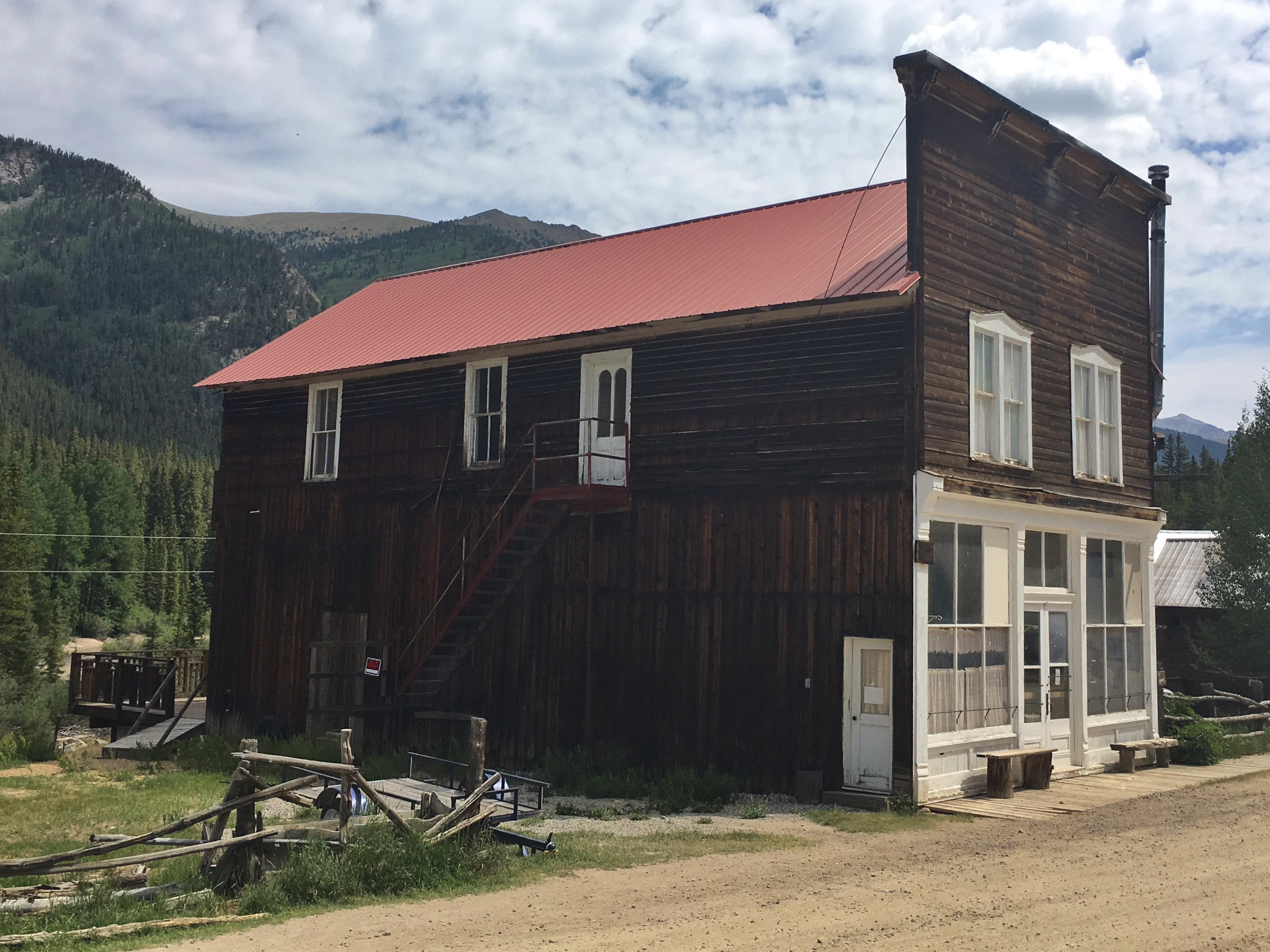 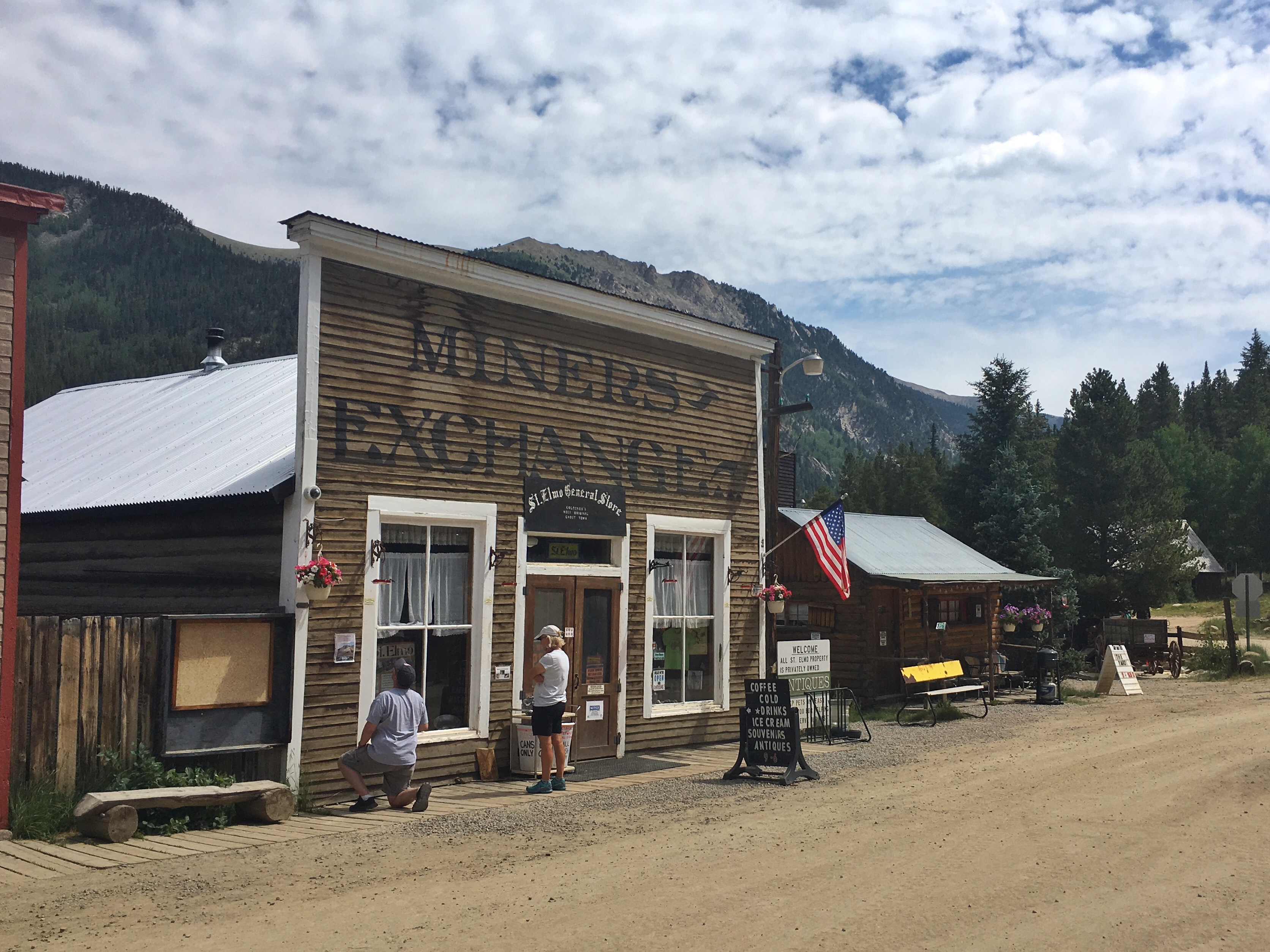 The buildings are fun to see, but they weren’t the chief draw for us. The general store (above) sells sunflower seeds. We bought some and crossed the street to a pile of lumber that was crawling with chipmunks and ground squirrels. 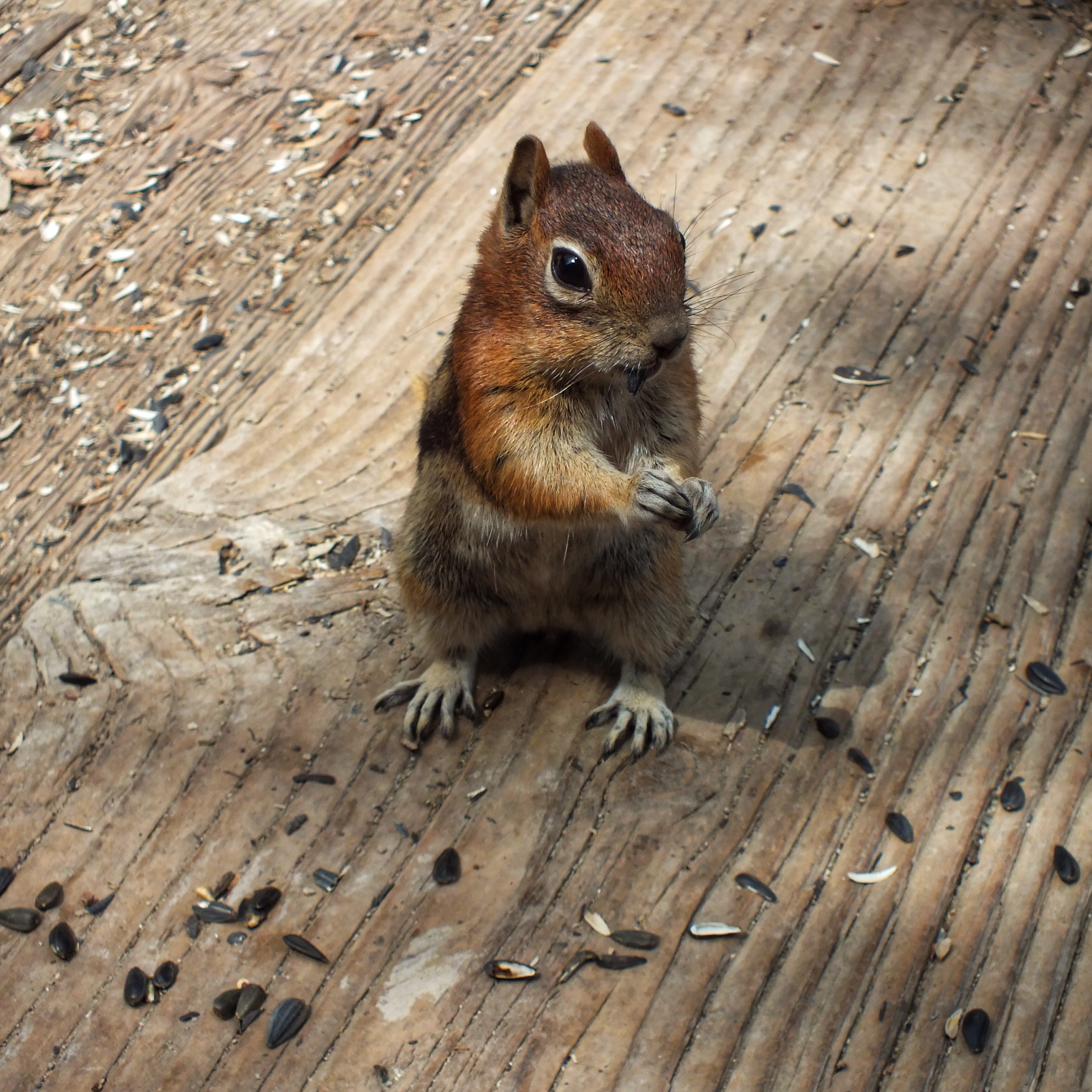 When things were quiet, the critters were very tame, running across our laps and up onto our shoulders. But before long a whole bunch of kids swarmed the pile and many of the animals disappeared.

But the main attraction for me was the hummingbirds. There were 10 or so feeders around the general store, and hummingbirds were everywhere. Most of them were Broad-tailed, but I spotted a couple Rufous and at least three Calliopes (the one I had just gotten as a lifer the evening before). They too were tame as long as people were calm and moved slowly. The Rufous seemed more skittish, and I didn’t get a great photo of them. 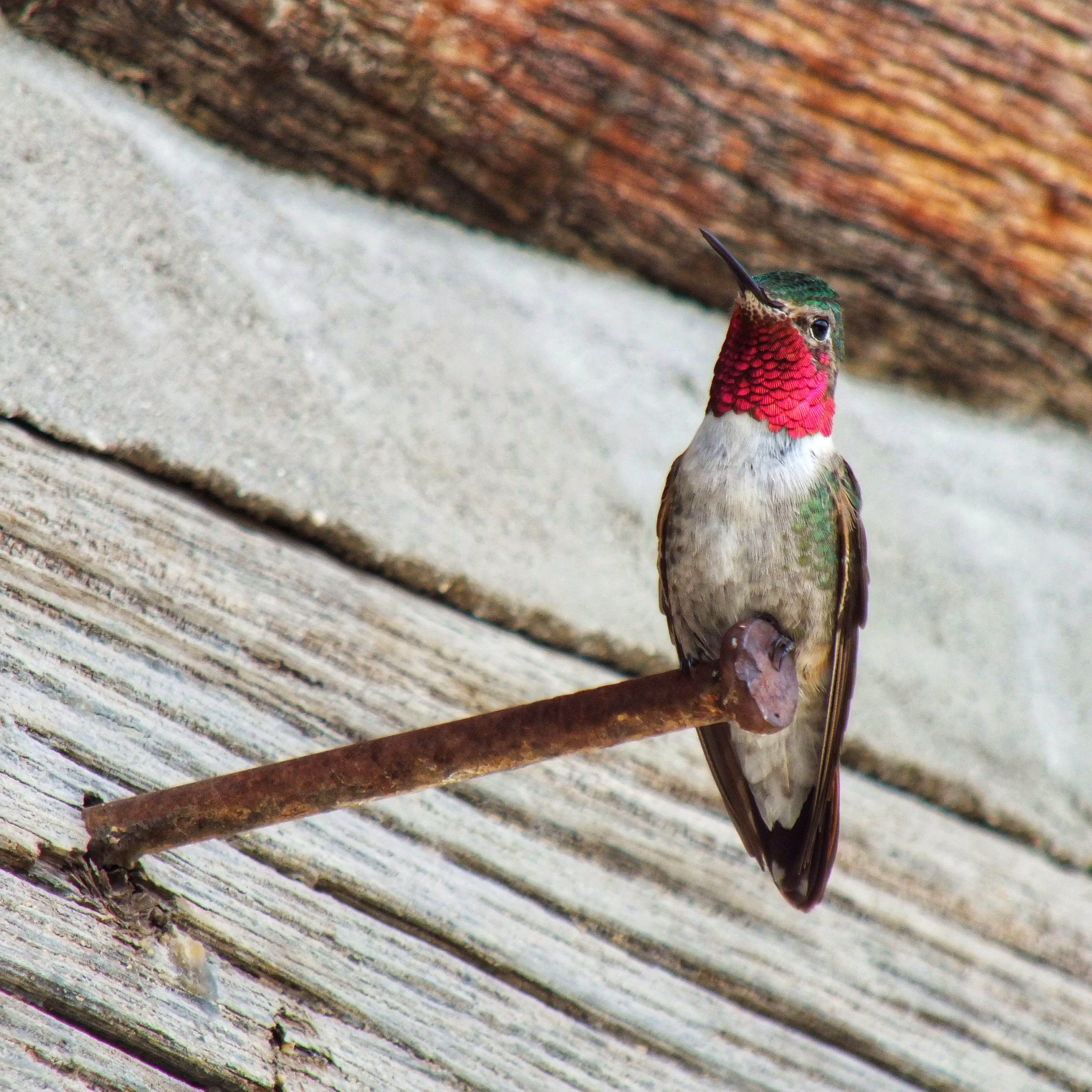 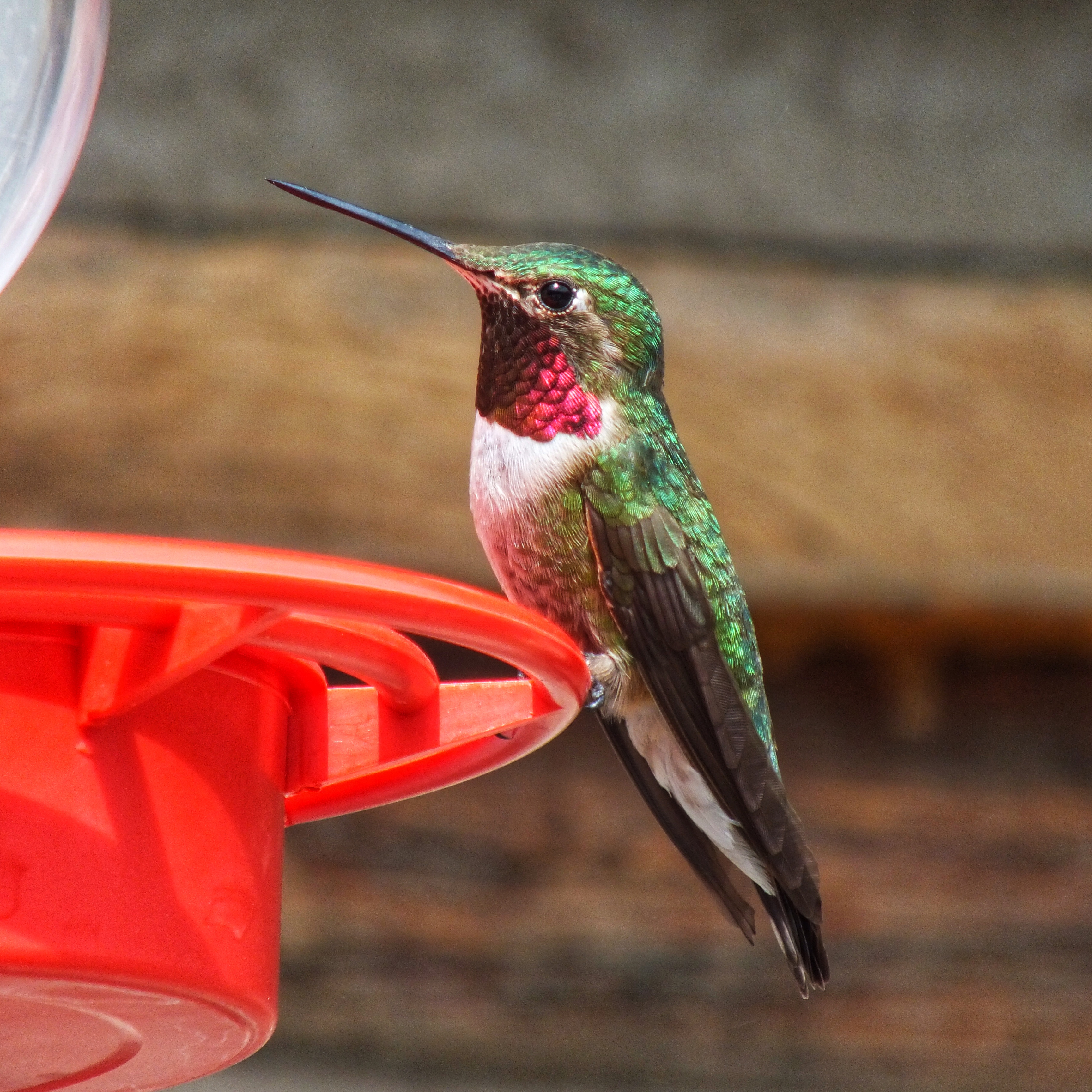 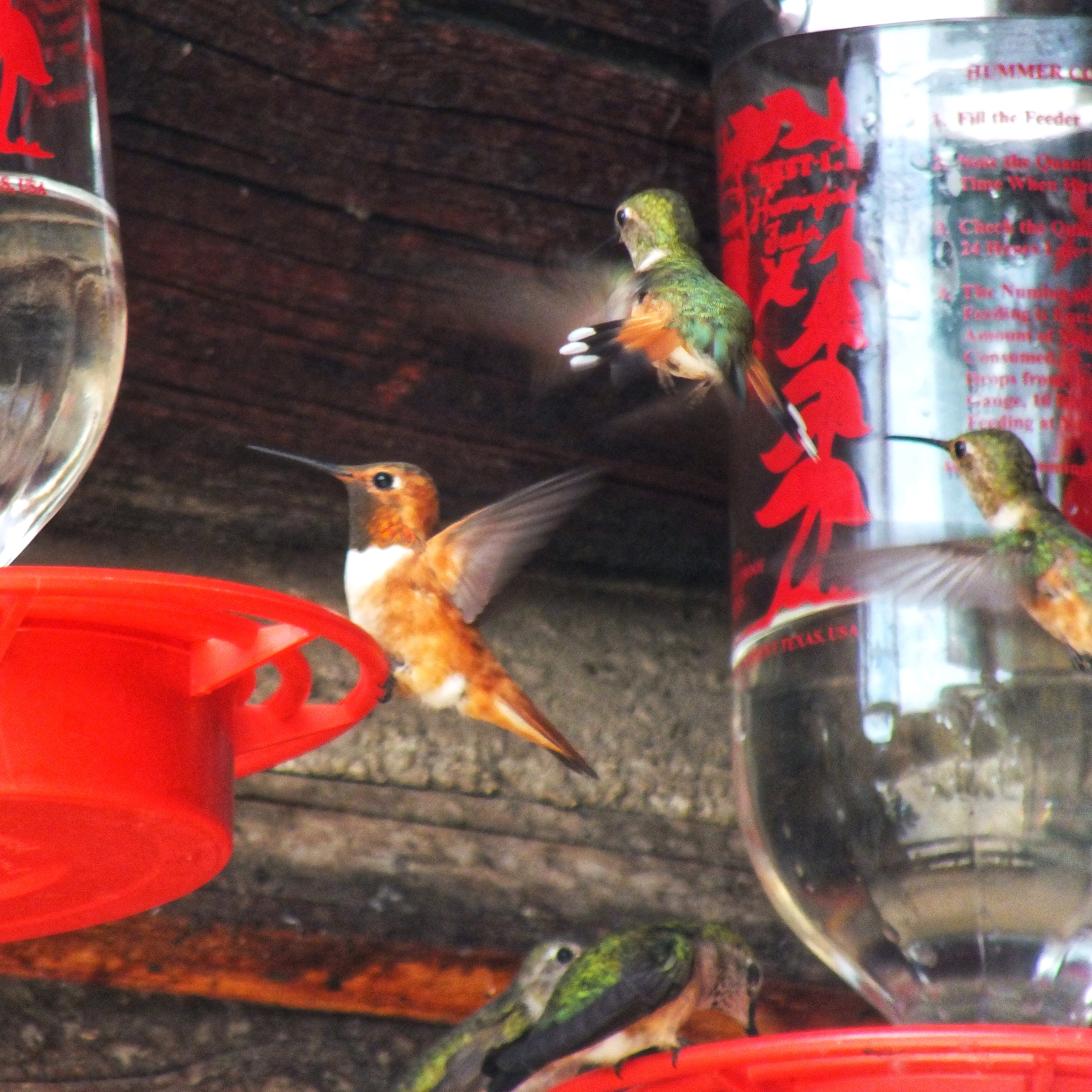 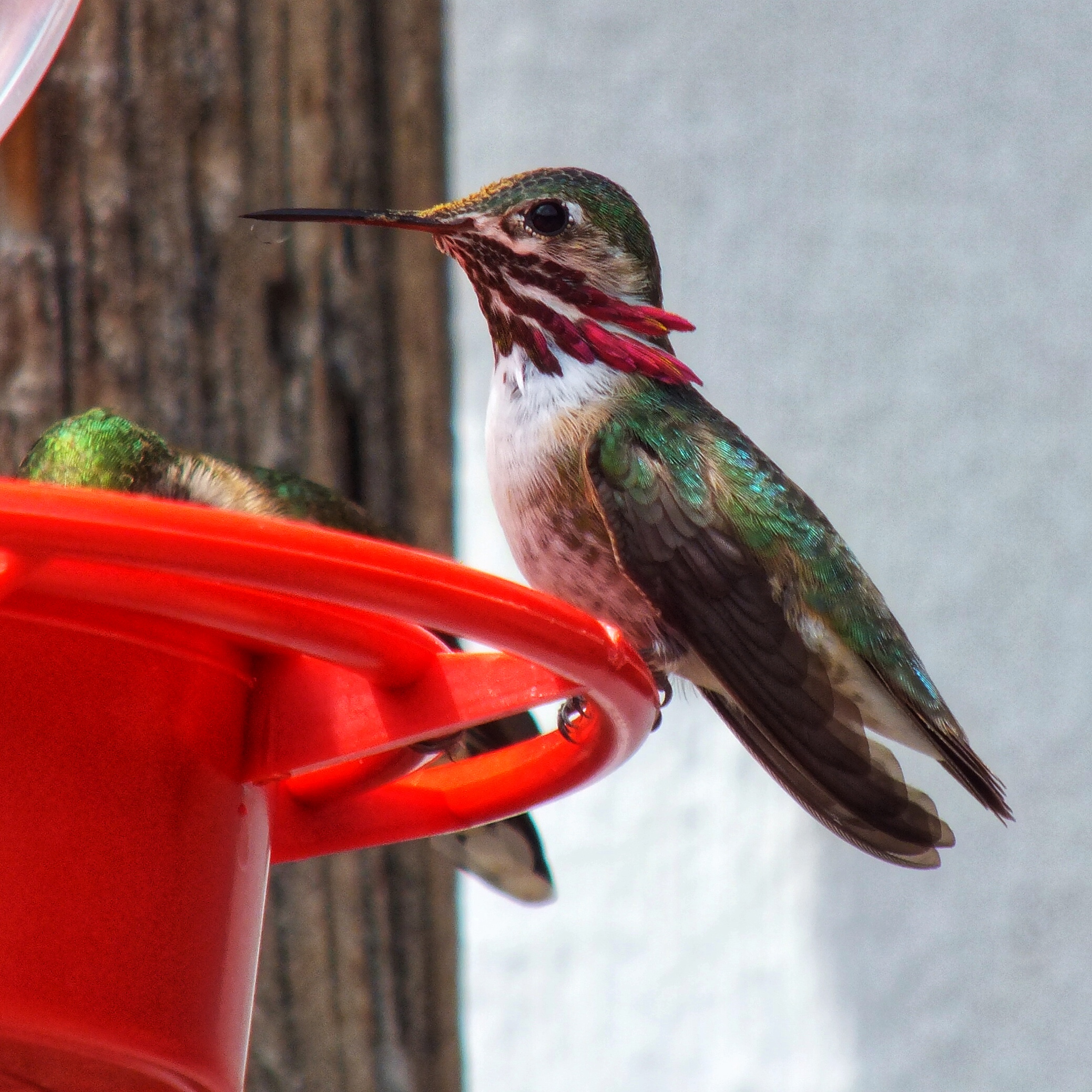 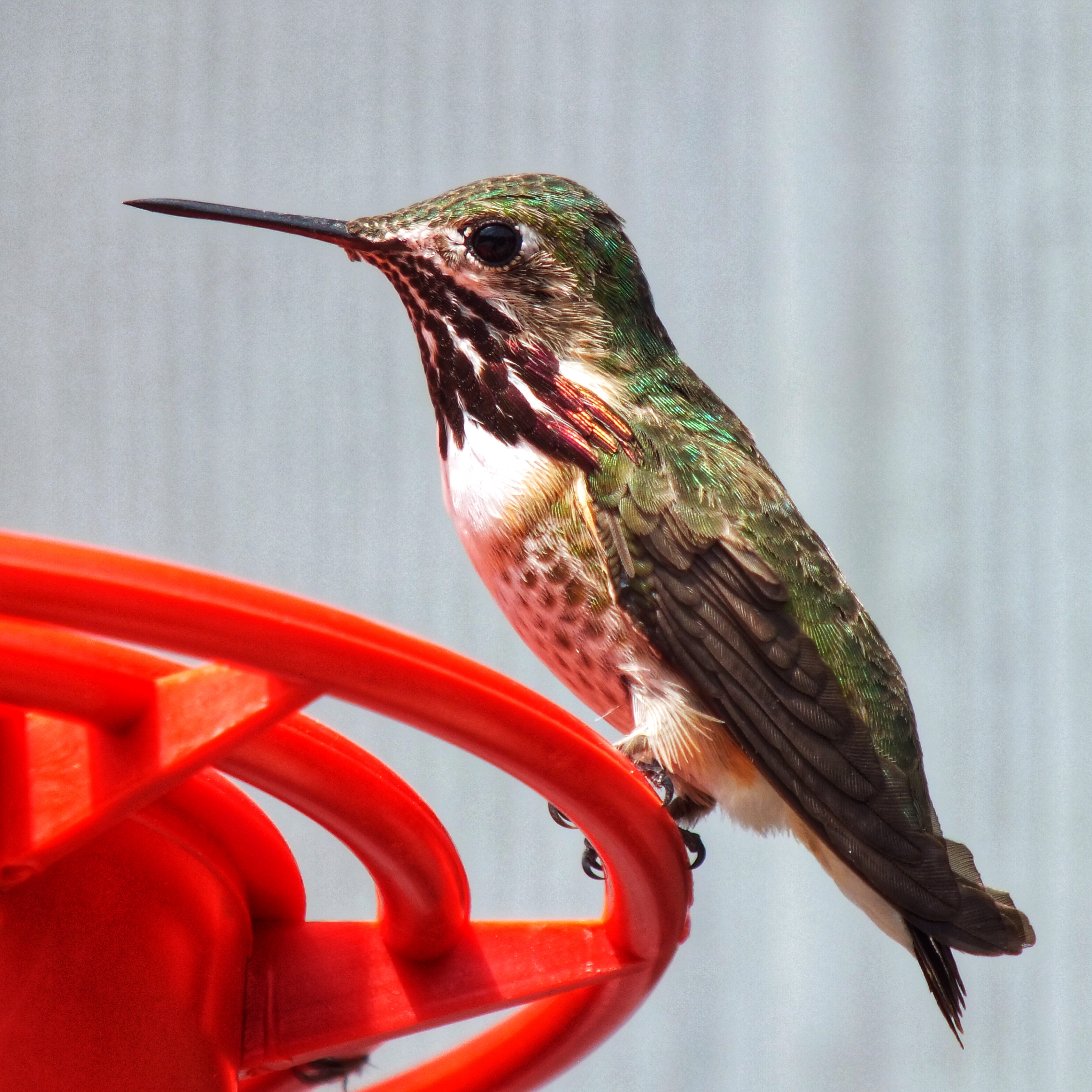 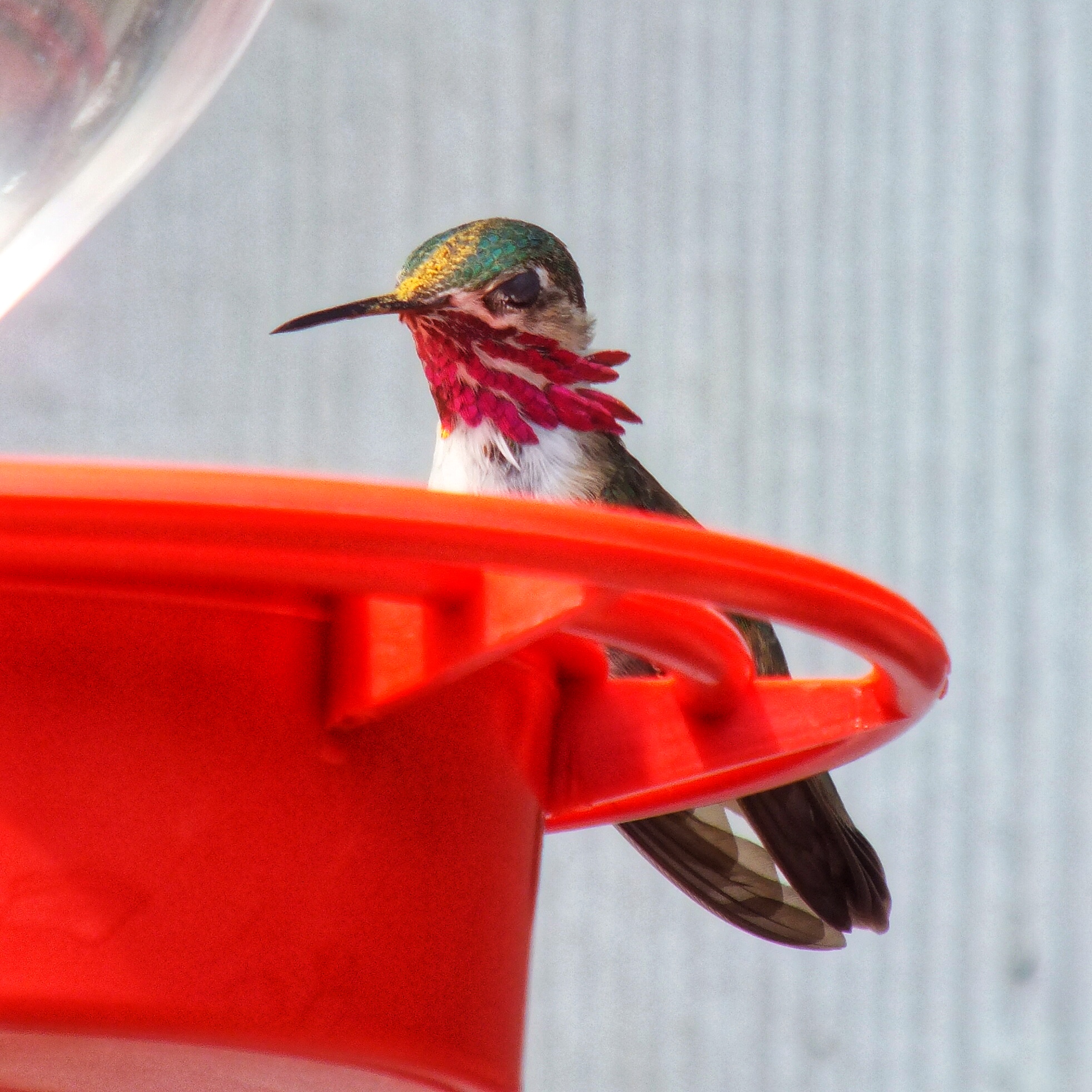 We stayed about two hours and had a lot of fun—especially after I saw my lifer Dusky Grouse crossing the road outside town (next post).

This entry was posted in Birds, Historic Buildings, Mammals. Bookmark the permalink.