After leaving Fort Pillow, we drove south on Route 51. As we passed through Covington, Tennessee I saw a donut shop. I reacted immediately and turned into the lot. My wife was a bit surprised by my maneuver, but adjusted quickly and ordered a custard-filled donut. 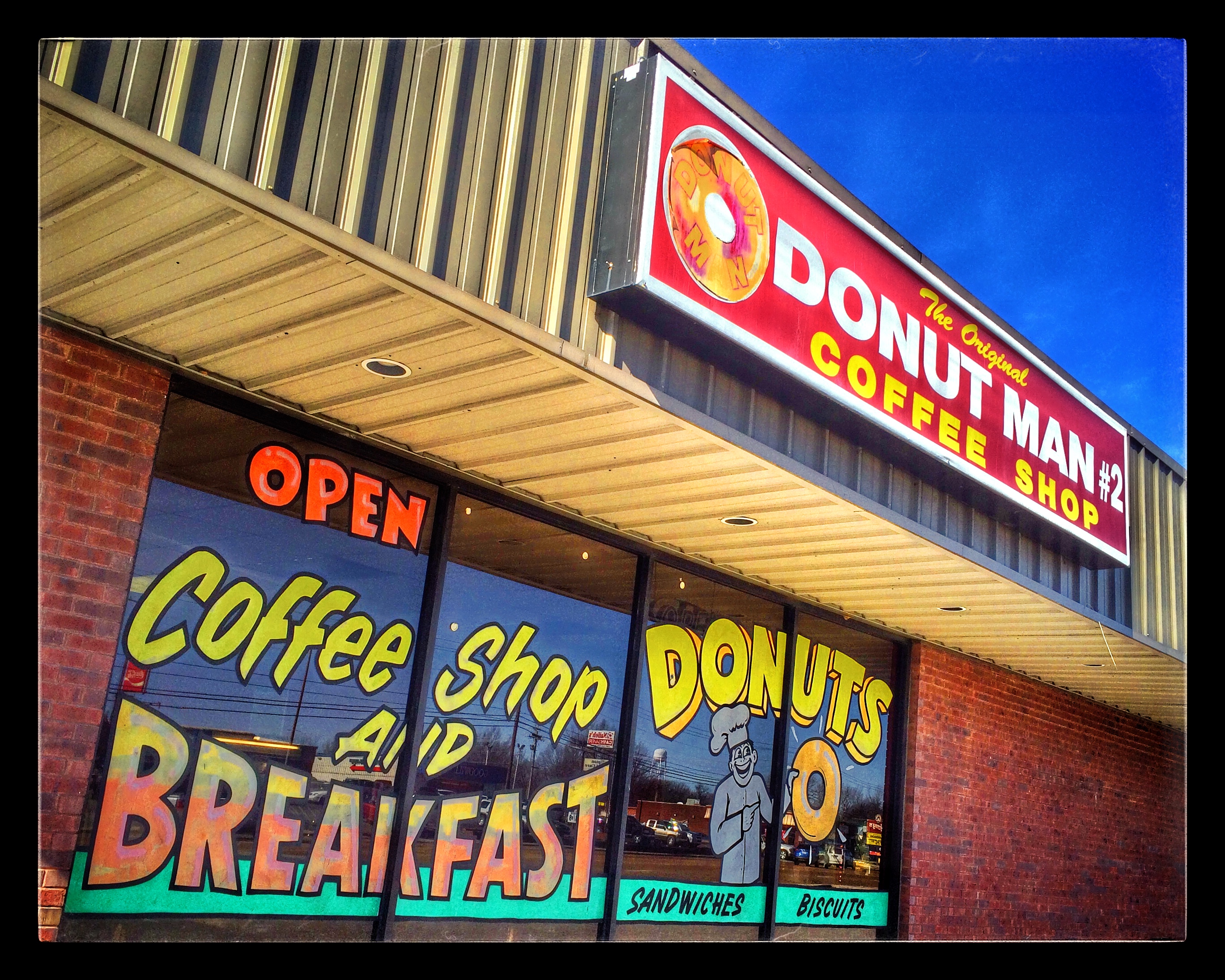 I walked in to a large and rather sparse room. A young Asian woman was sitting at a table behind the counter with a boy of perhaps four. She came forward and asked how she could help me. I requested the custard-filled donut for my wife. The woman picked up a pair of tongs, grabbed the donut — and walked into the back room and disappeared.

I thought this was more than a little bit odd, and was chuckling to myself as I walked over to the cooler to see what sort of drinks they had. That’s when I discovered a man, I assume the husband of the young woman, lying on the floor with a blanket and pillow, looking at his phone. He looked up at me, then resumed whatever he was doing.

A few minutes later the woman returned, with the donut still grasped in the tongs. She put it in a bag, then asked if there was anything else. I ordered an apple fritter for myself, and a couple drinks.

I was laughing as I got into the car. I handed my wife her donut as I said, “I don’t know what they did to it, but here it is.” I explained what had happened, but we ate the donuts anyway. And they were pretty good.