The Snake River runs just north of Twin Falls, Idaho. We were beginning our long drive home on this day, but we wanted to see some falls. There were many to choose from, but we settled on two. The first was Perrine Coulee Falls, a 200-foot tall stream of water that plunges into the canyon near the Perrine Bridge. We drove over the bridge (and saw the falls) on our way into the city on Thursday evening. 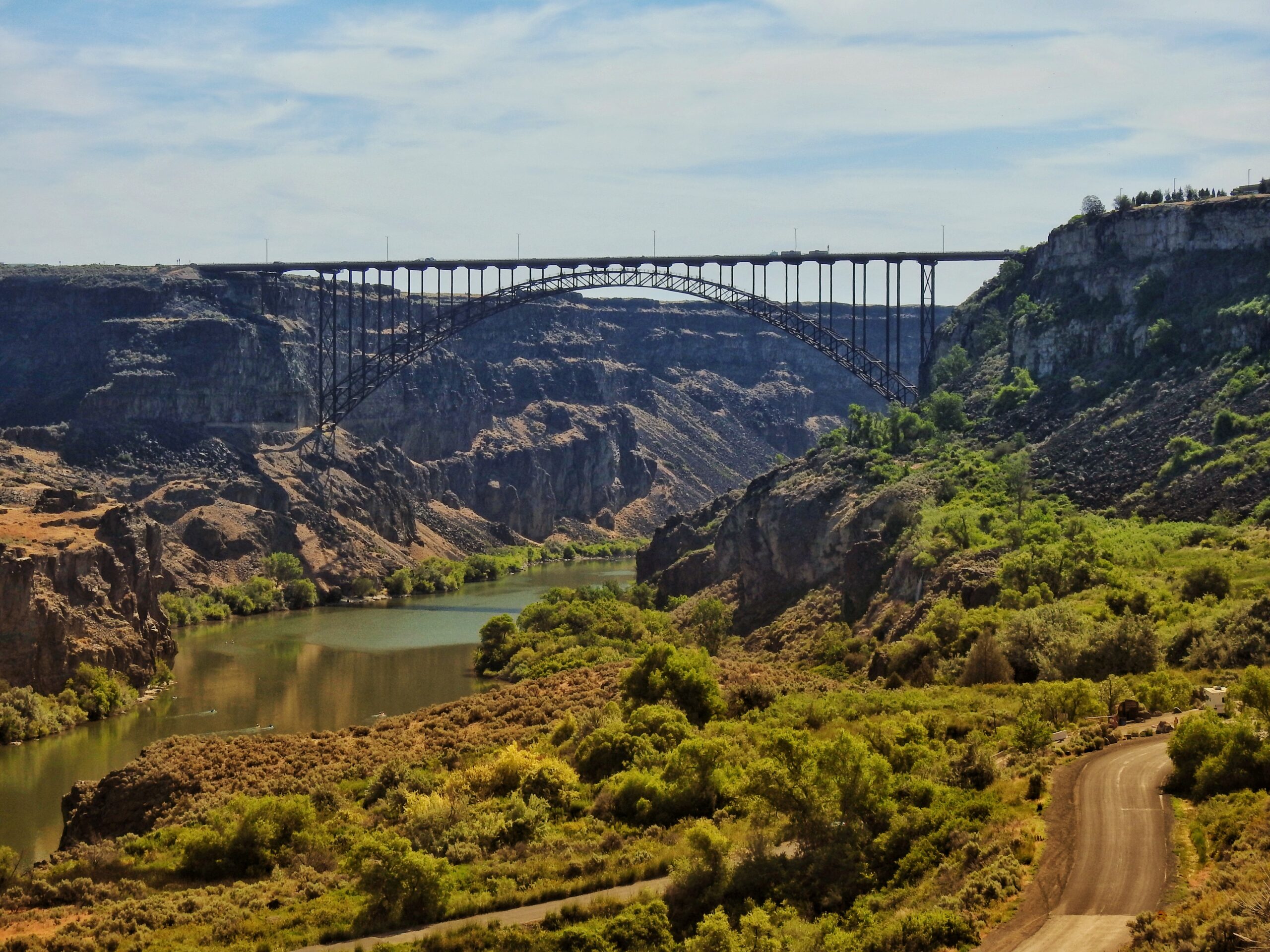 The canyon here is wide and filled with a golf course. 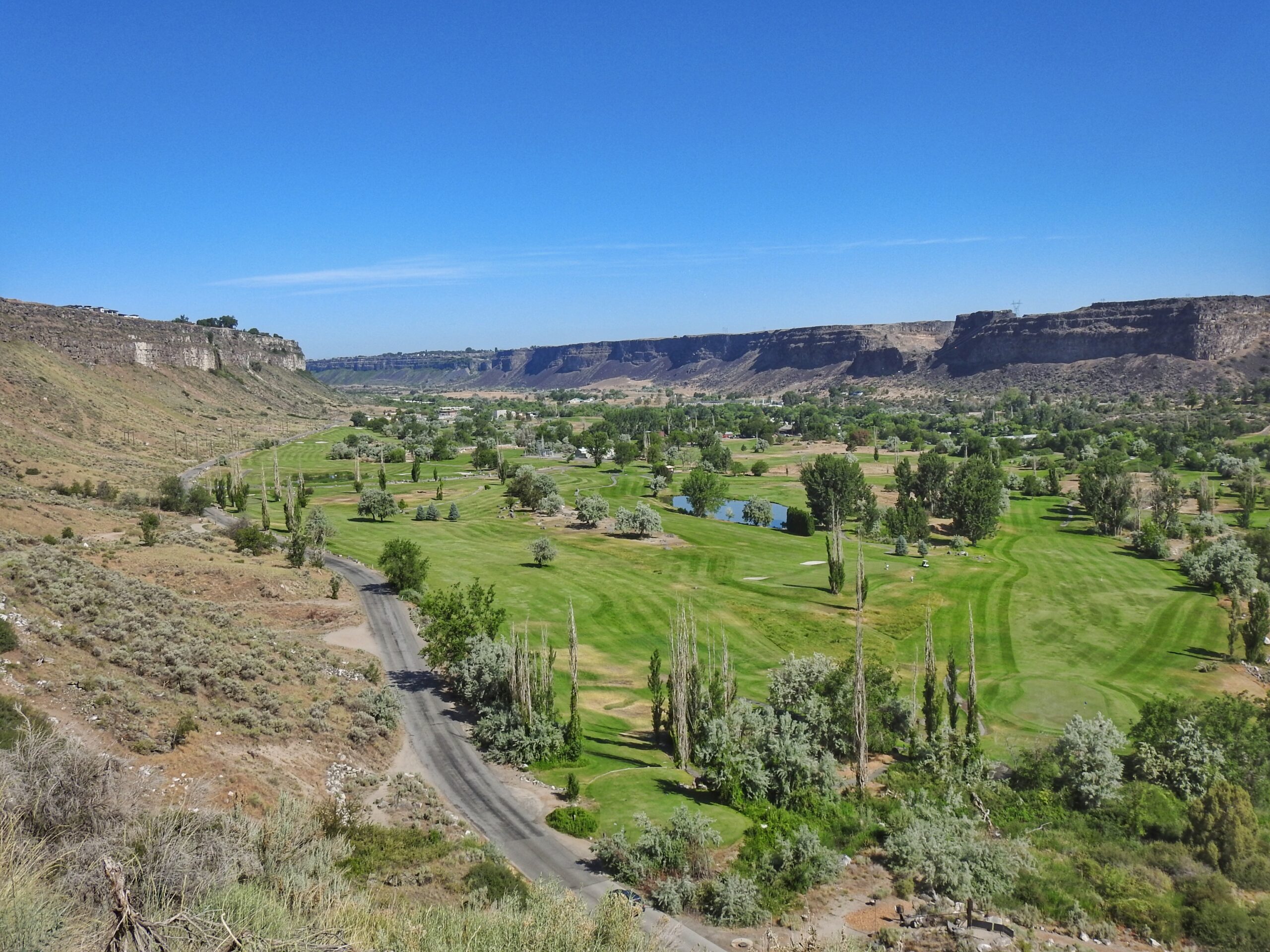 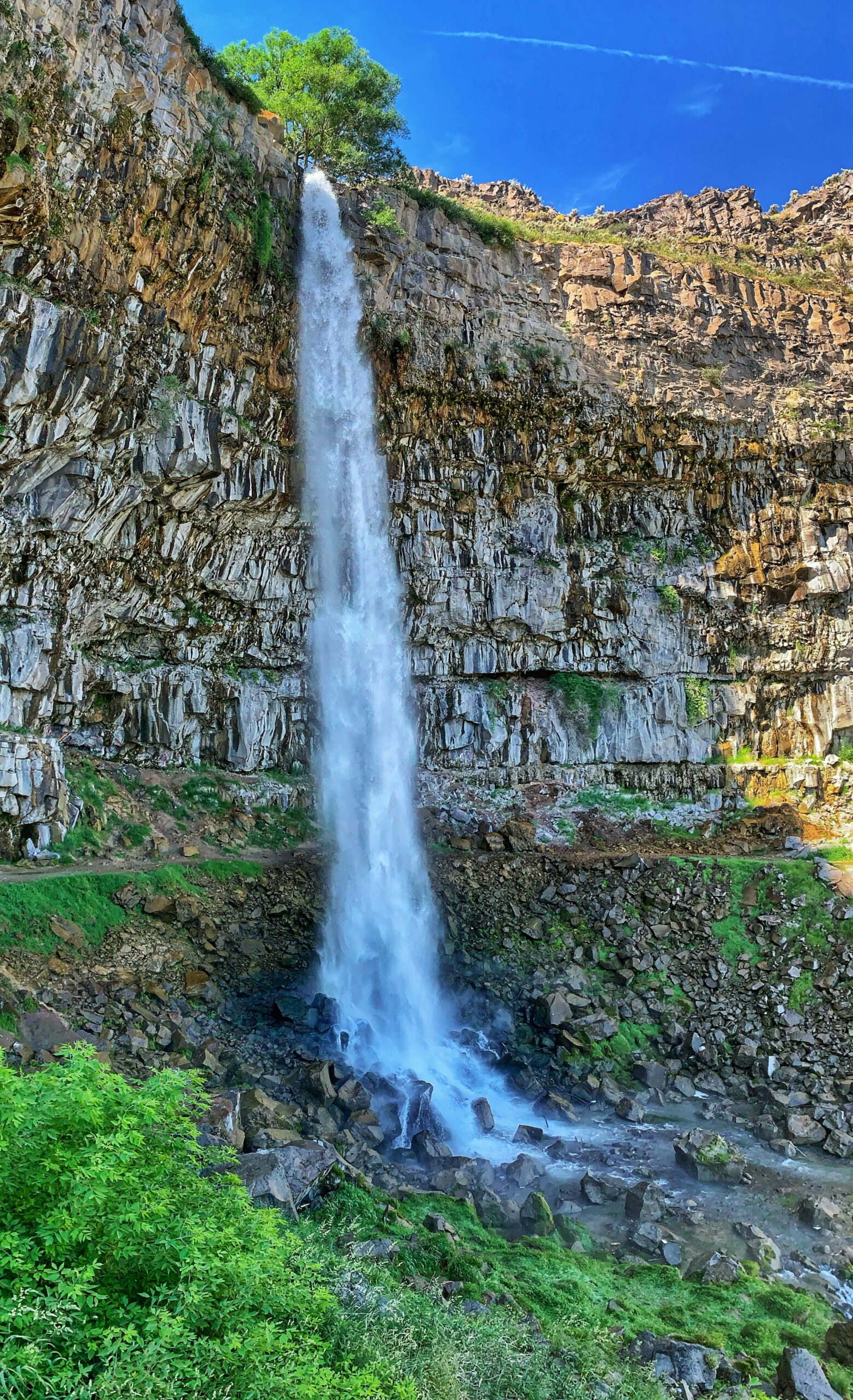 I walked behind the falls and only got a little damp.

We then drove five miles or so to Shoshone Falls. We had to pay $5 (I think) to get into the park, and I’m torn about whether it was worth it. The falls is billed as “The Niagara of the West,” but most of the flow was diverted to water potato crops. What was left wasn’t very impressive. When it’s not turned off, the falls fills the entire gorge. 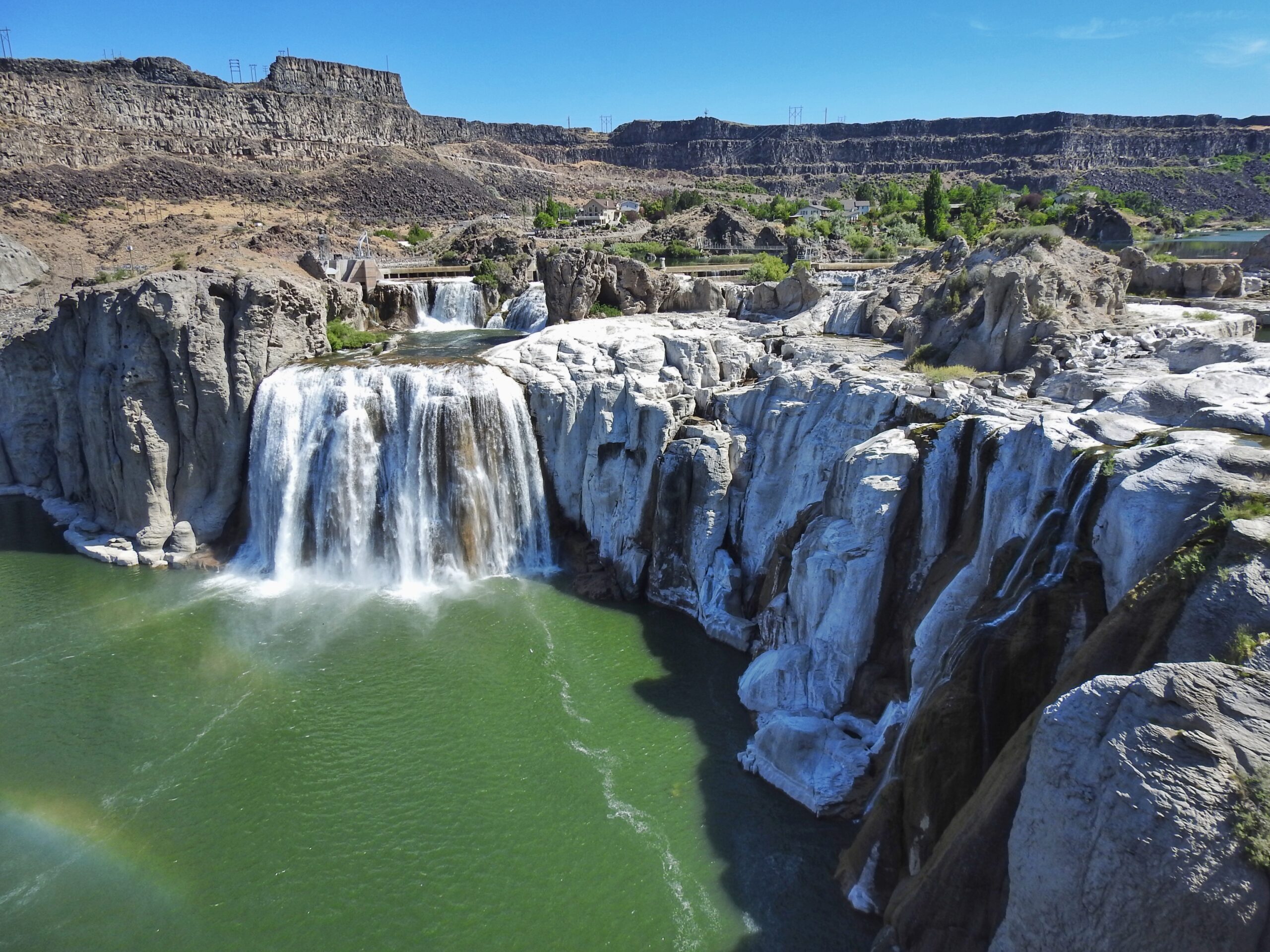 During the remainder of our time in Idaho, we saw many fields being watered. We made a joke of pointing and saying, “There’s the rest of Shoshone Falls.” I guess French fries trump scenery, but I was disappointed. My wife and I both thought the view to the west down the gorge was more impressive. 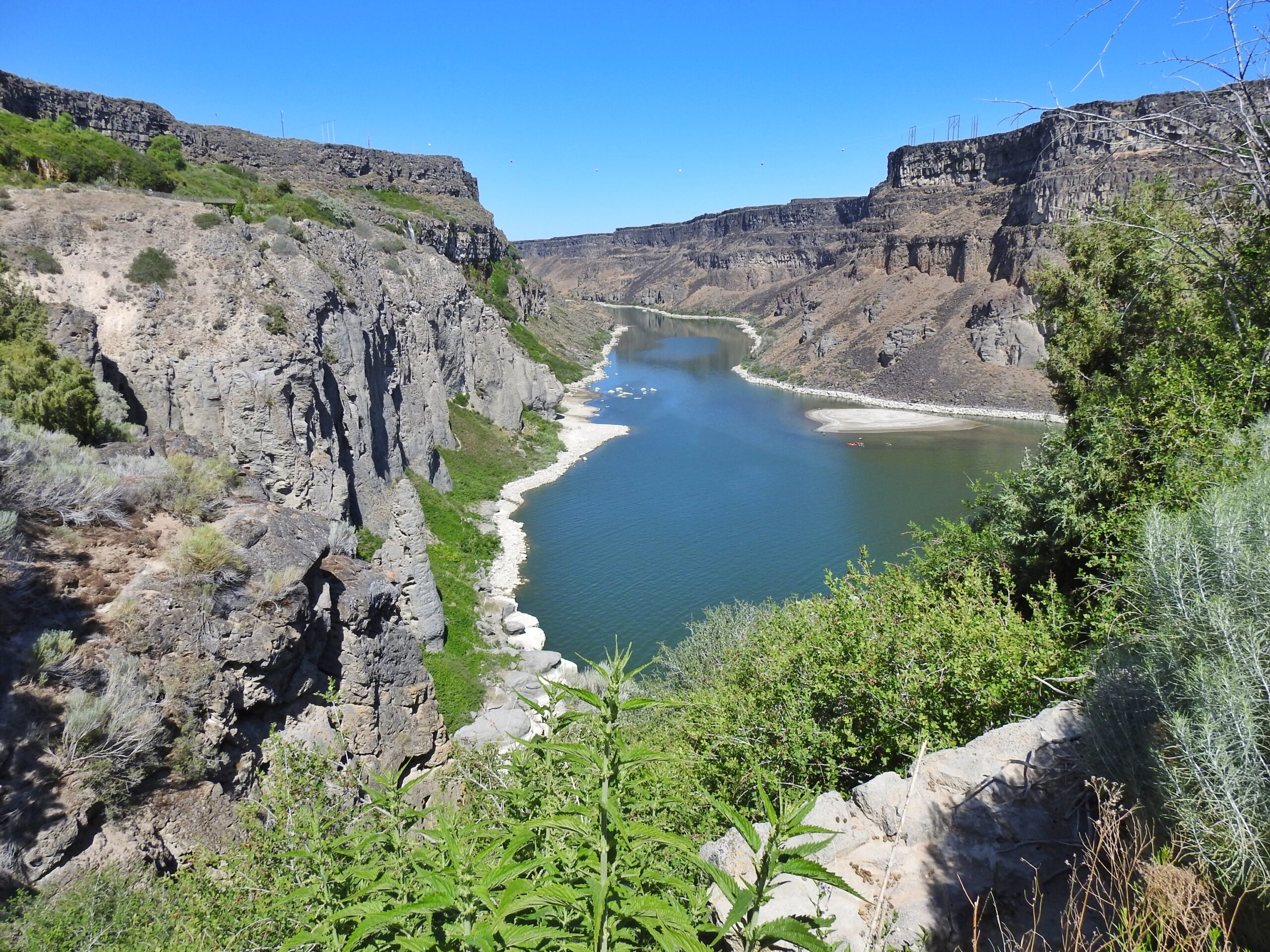 It was somewhere at the far end of these photos, or just around that bend, that Evil Knievel made his famous “attempt” to jump the canyon on a motorcycle and failed miserably. We could have hiked a couple miles to see his ramp, but it was hot and … the whole thing is stupid.

We hung around a while to get our money’s worth. A Canyon Wren kept hopping up on the rocks and singing. I tried to get a close-up video of him singing and then pan away to get the canyon, but he was too quick. I did manage some photos. At the end of the video below, there’s a brief clip of water dripping off a cliff near Perrine Coulee Falls. In the background, you can hear a Canyon Wren singing. 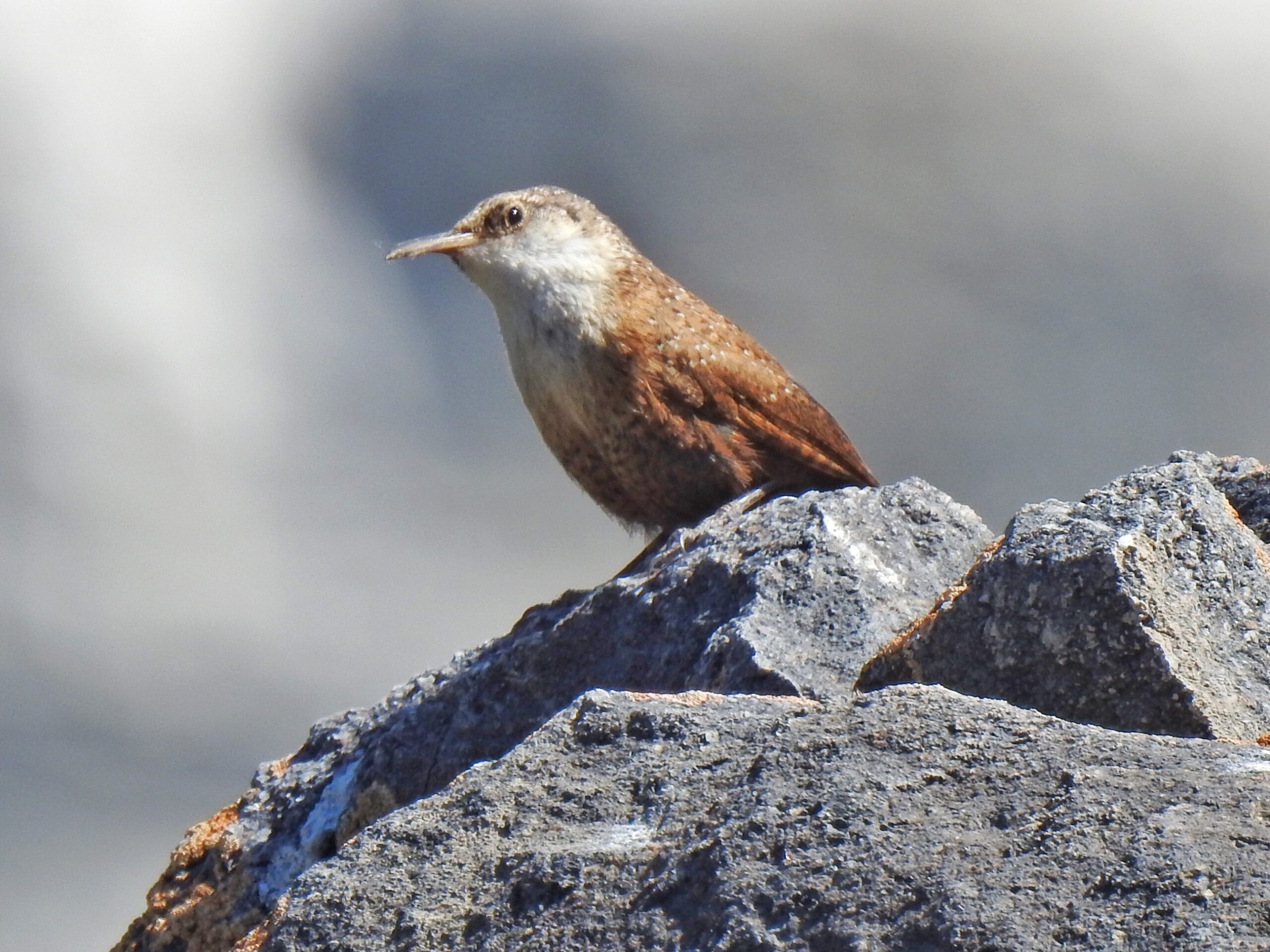 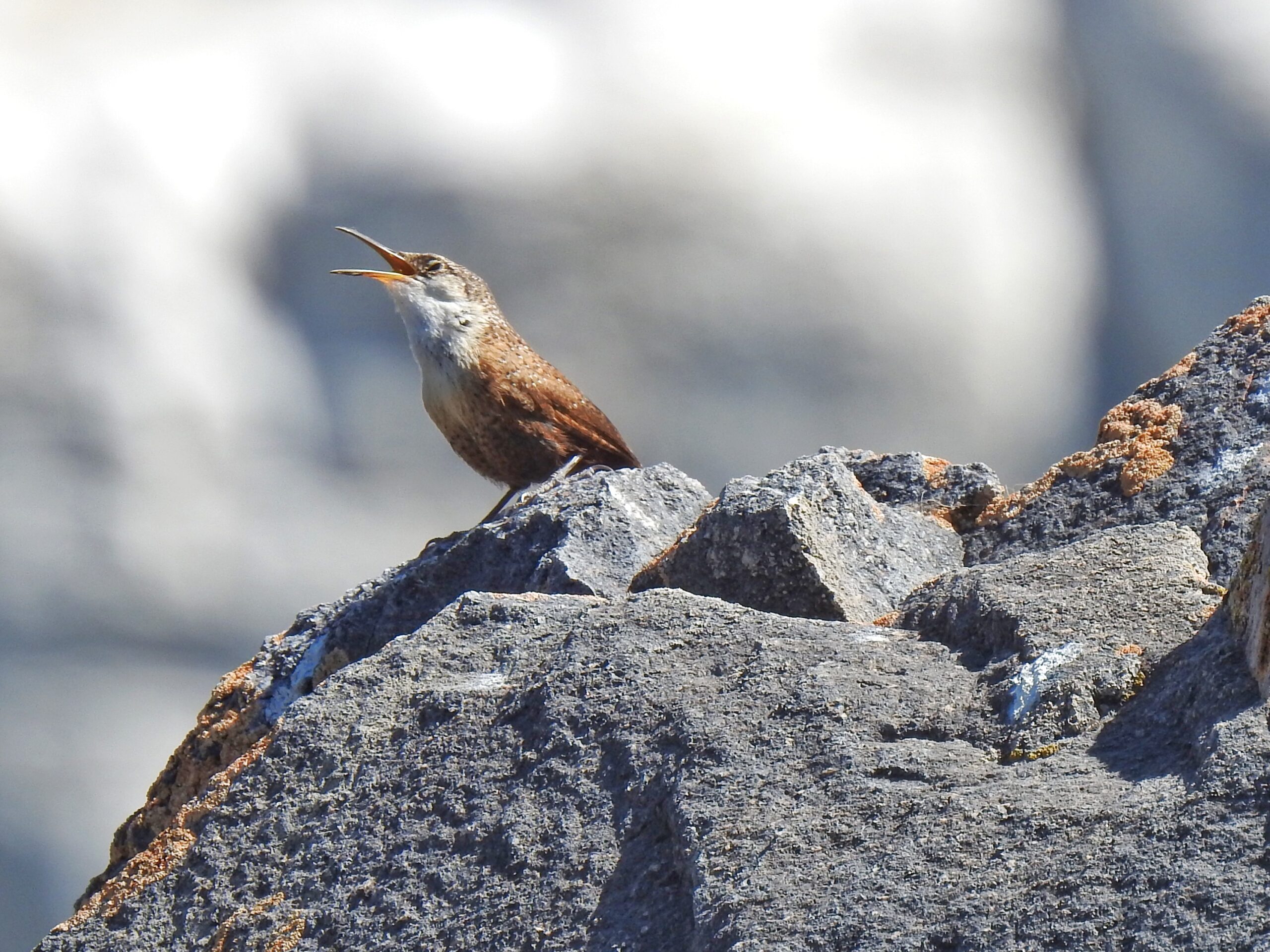 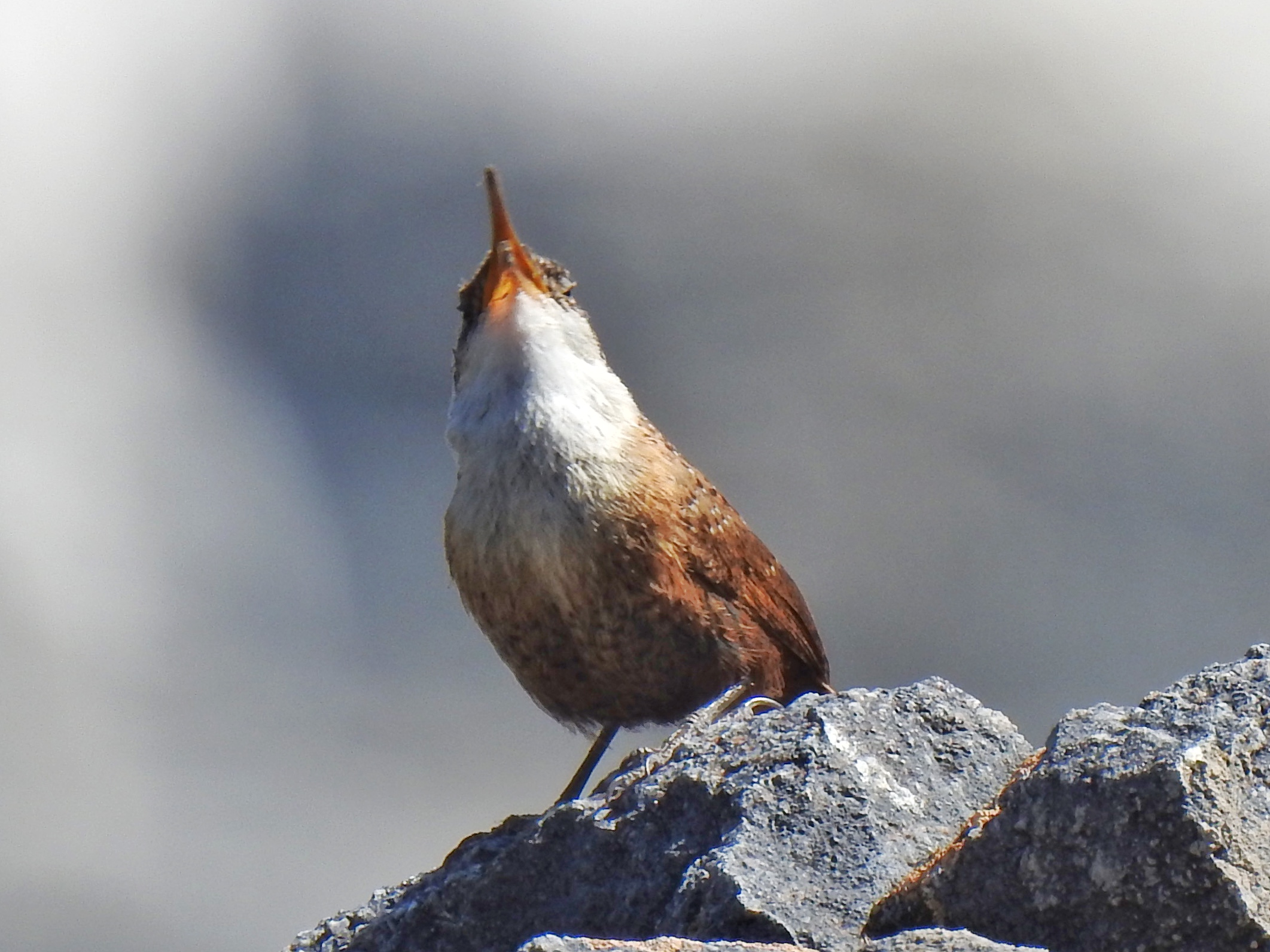 A Northern Rough-winged Swallow posed nicely for us too. 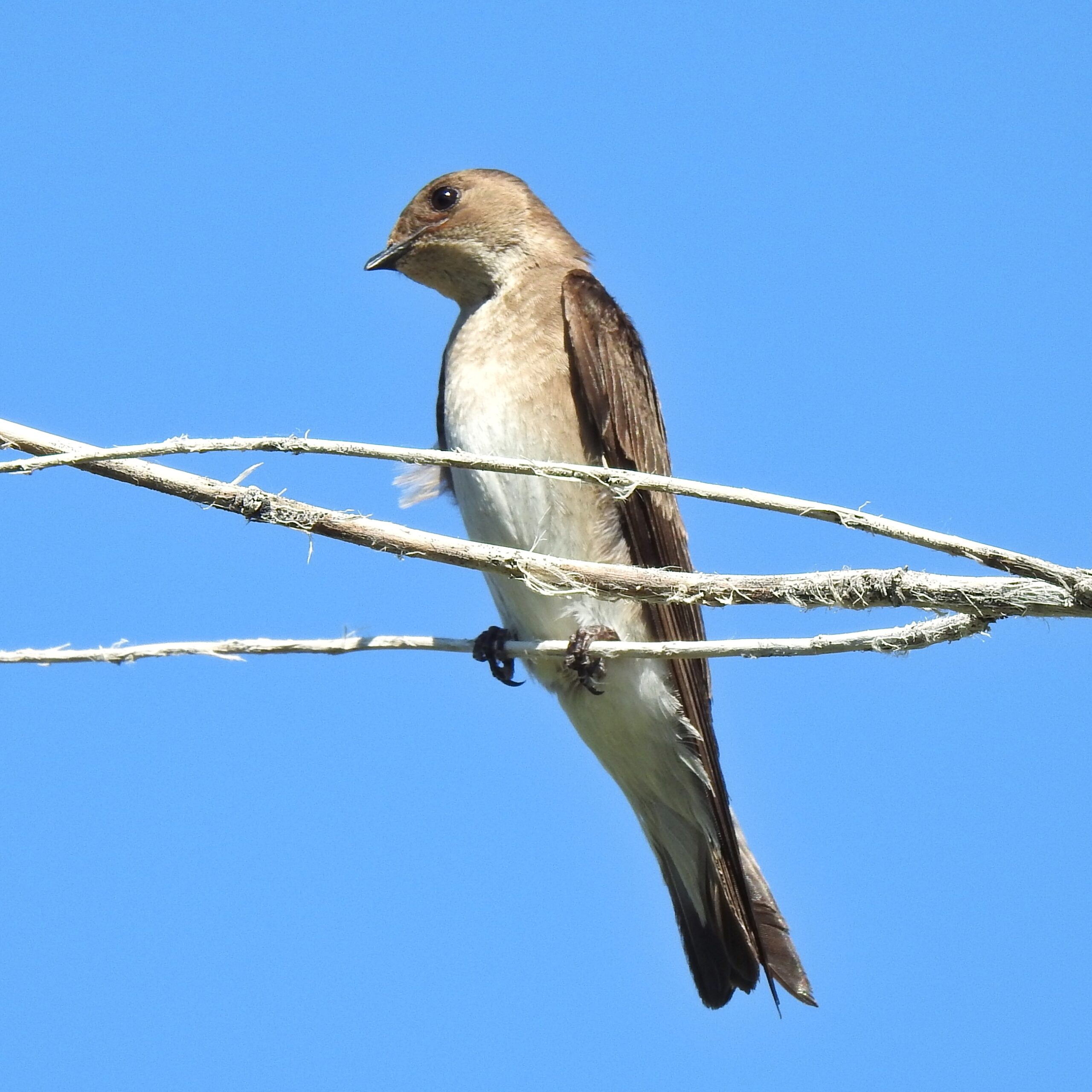 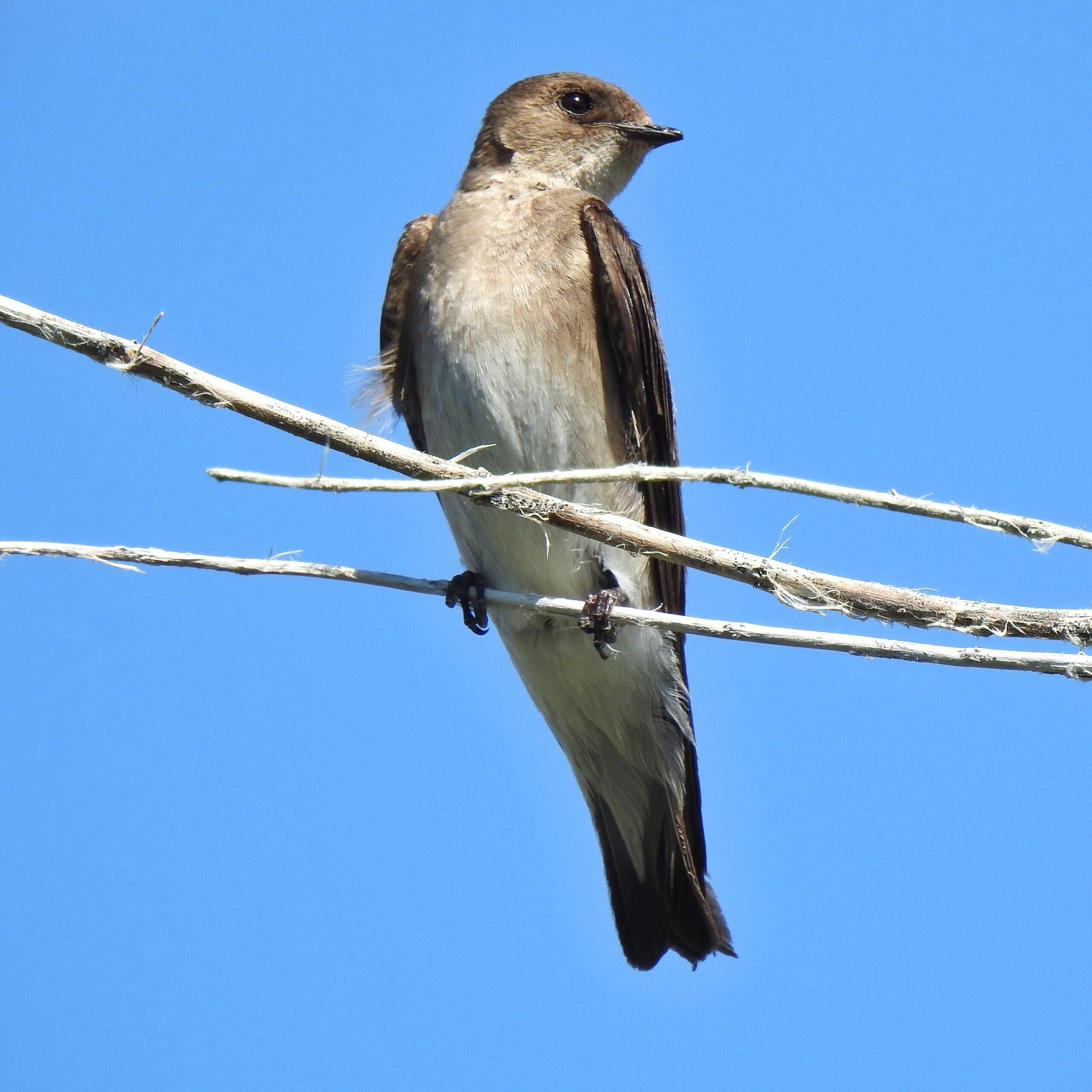