I very much wanted to bird today but rain was forecasted everywhere in Colorado from Denver south. So I went north of Denver. I’d been to Walden Ponds once before and enjoyed it, and an American Bittern has been seen there regularly lately. I woke up very early—so early that I arrived at the park near Boulder by 7:30.

I met three older women (they were probably about my age) who directed me to where the bittern has been hanging out. I wandered over to the pond in question and scanned. I wasn’t seeing anything—but then I heard that weird pumping sound they make. I soon located it not far off in a corner of the pond. 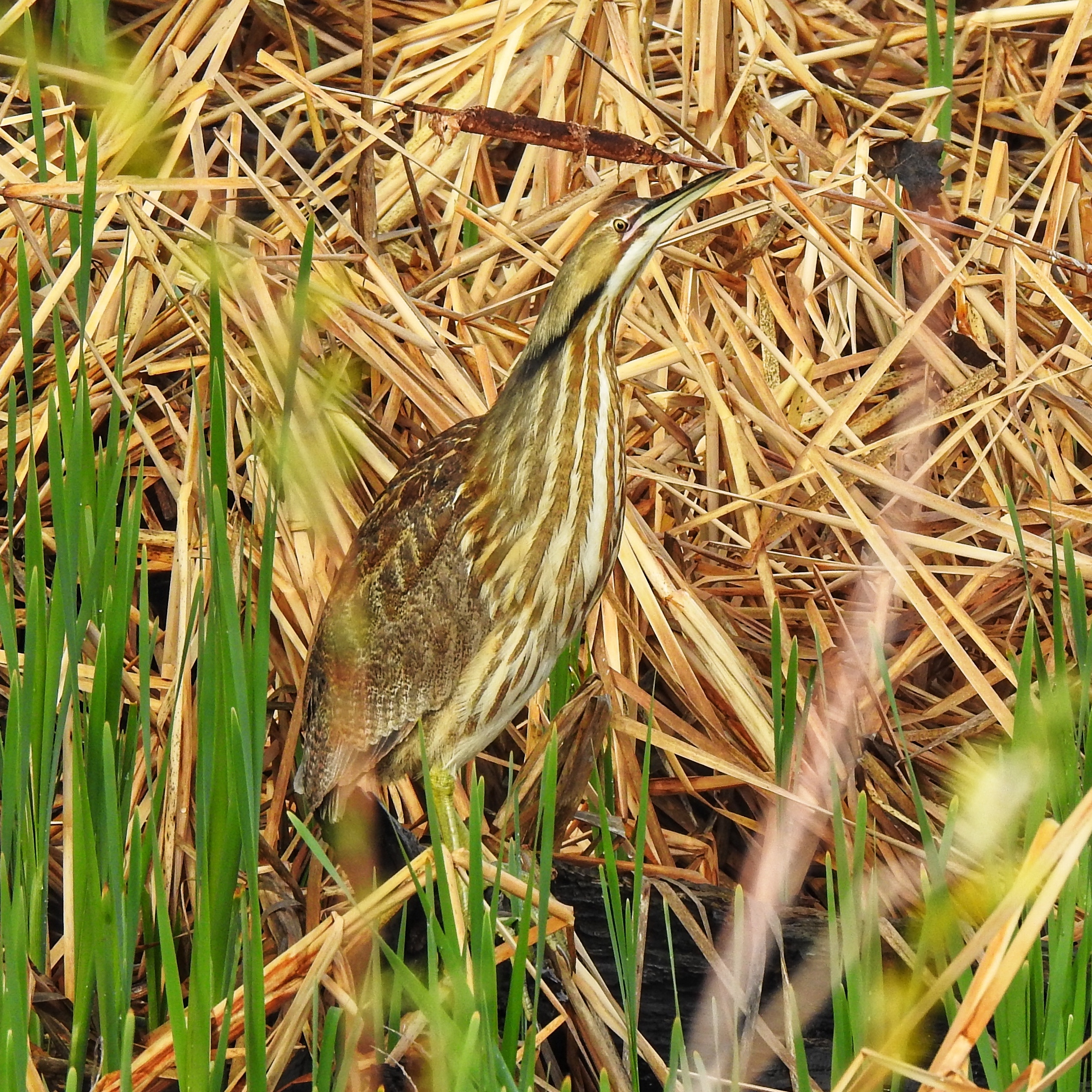 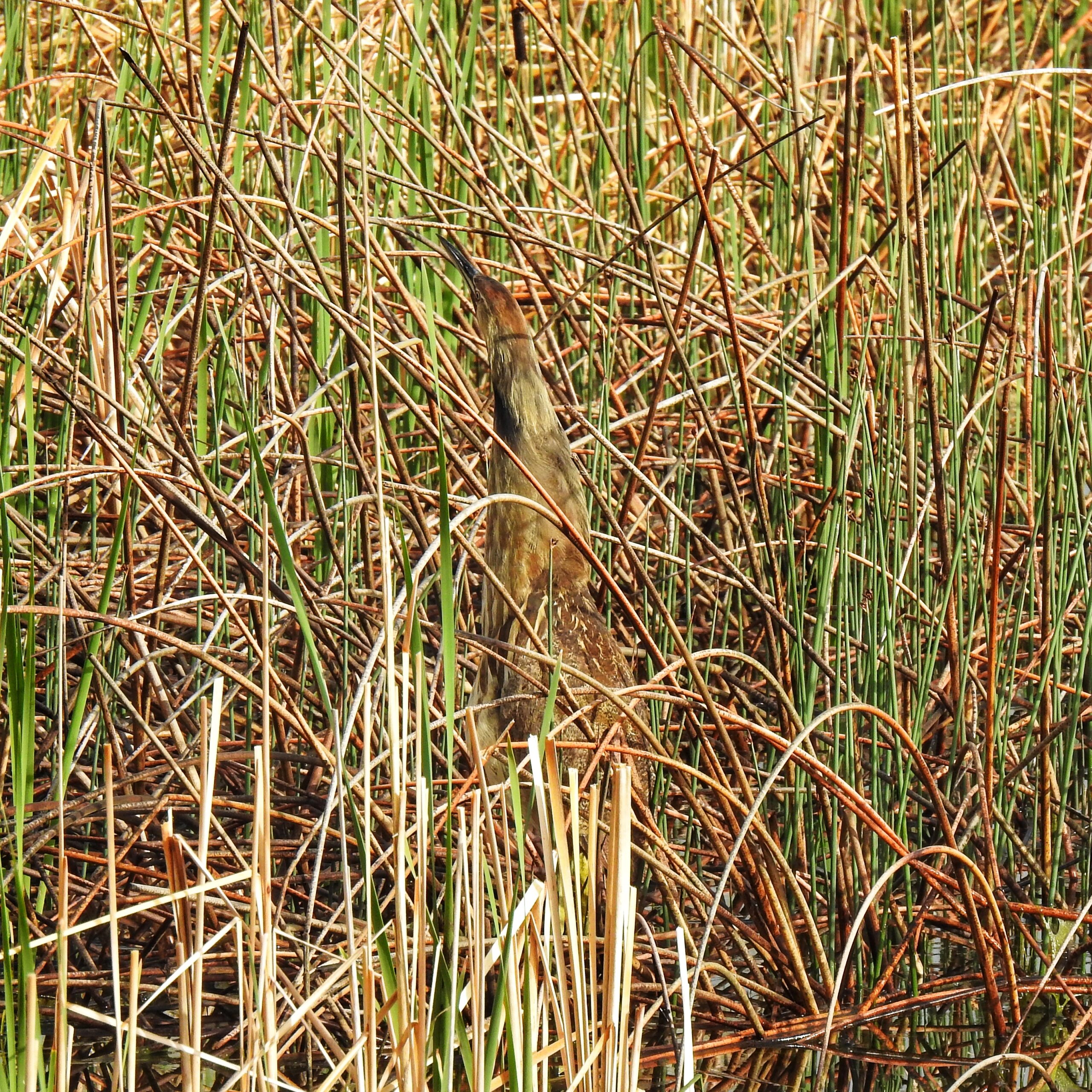 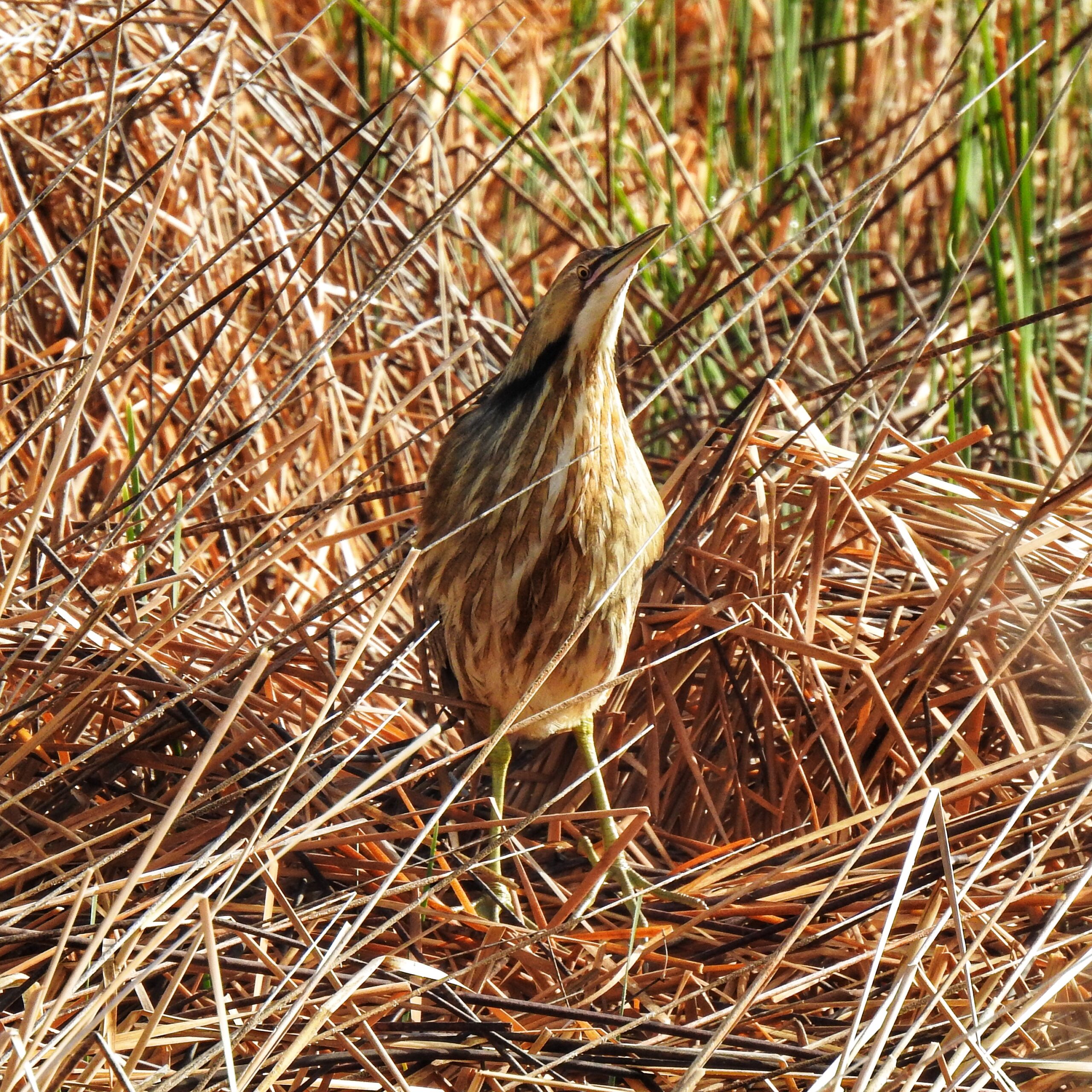 I took my time and wandered all over the place even though I wasn’t seeing a ton of birds. I did, however, spot a skunk. 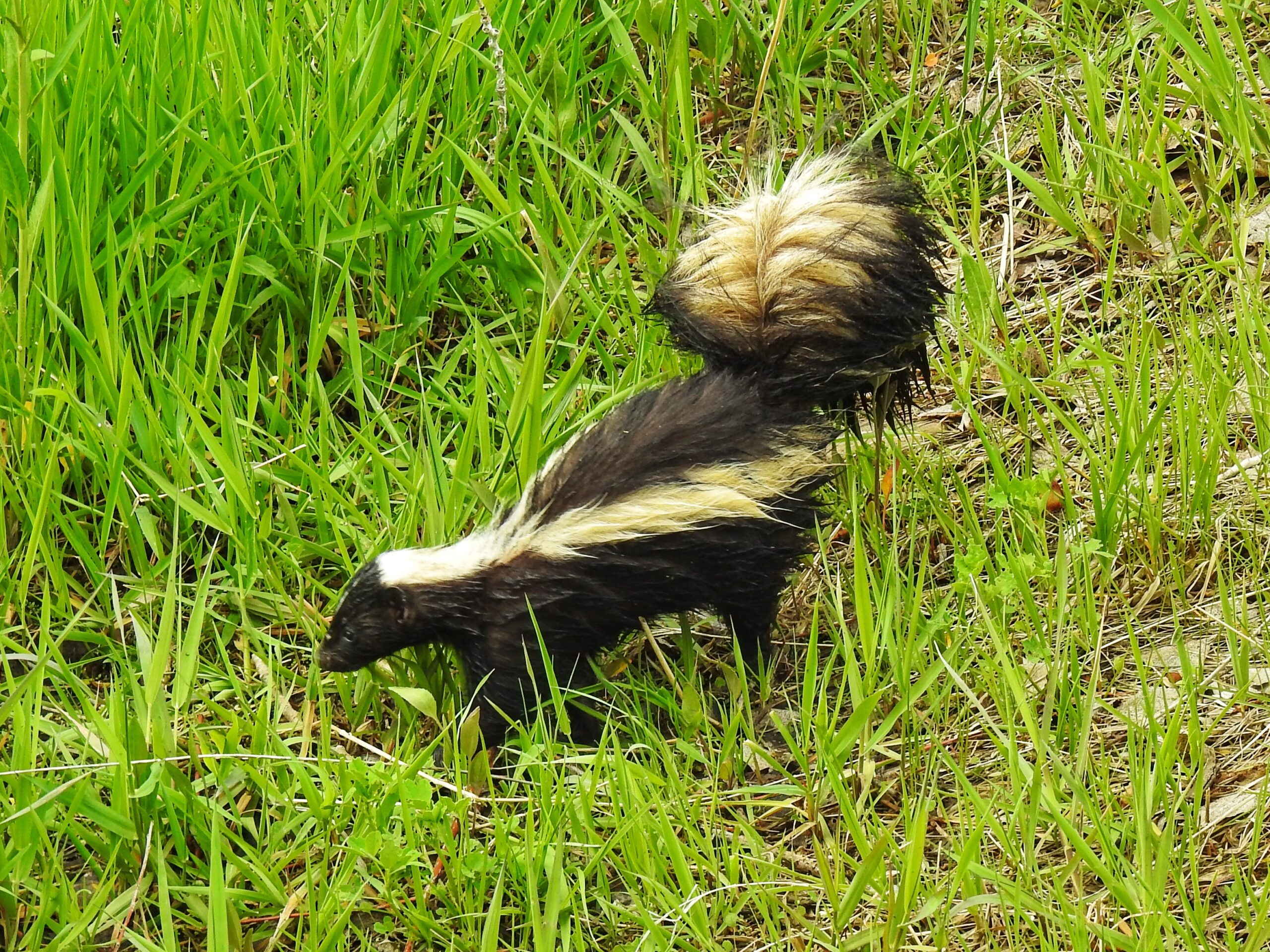 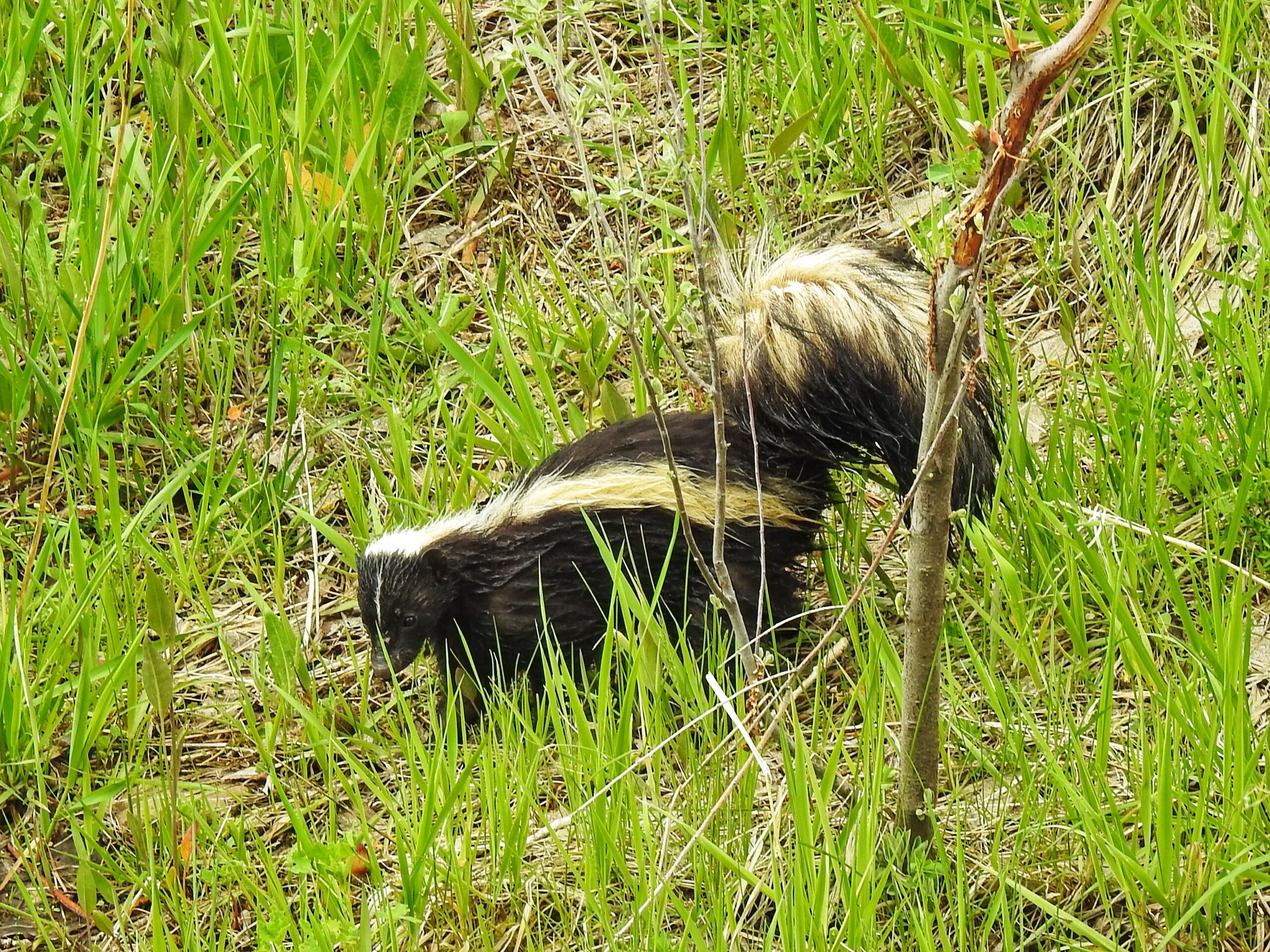 A Brown-headed Cowbird demonstrating how it got its name. They hang around cows to grab any insects the cows scare up. 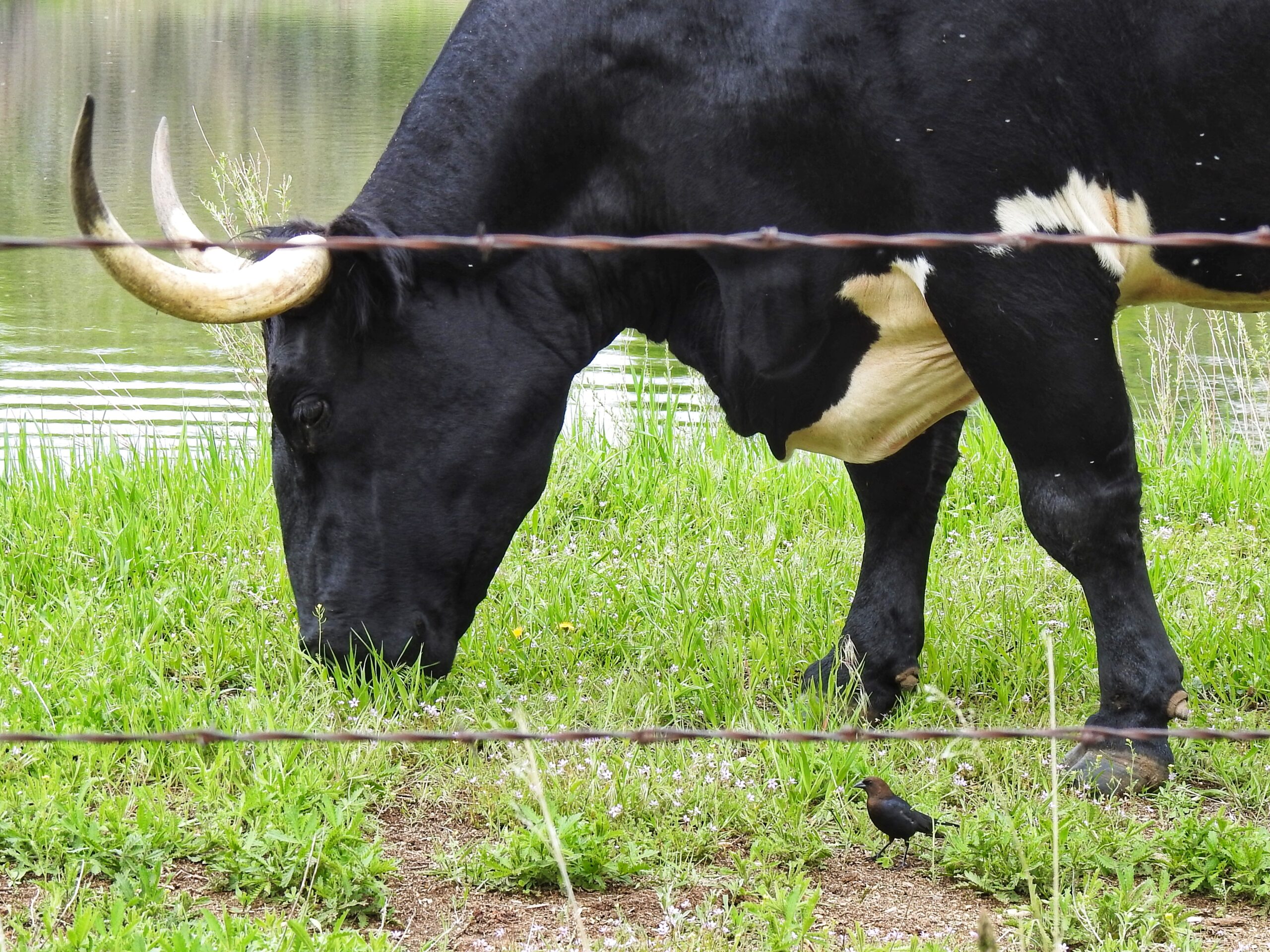 I’m still not confident i.d.ing empidonax flycatchers that aren’t singing. I showed this photo to the guy who runs the bird-banding station at Chico Basin Rance, and he said it’s a Dusky Flycatcher, which I thought it might be. 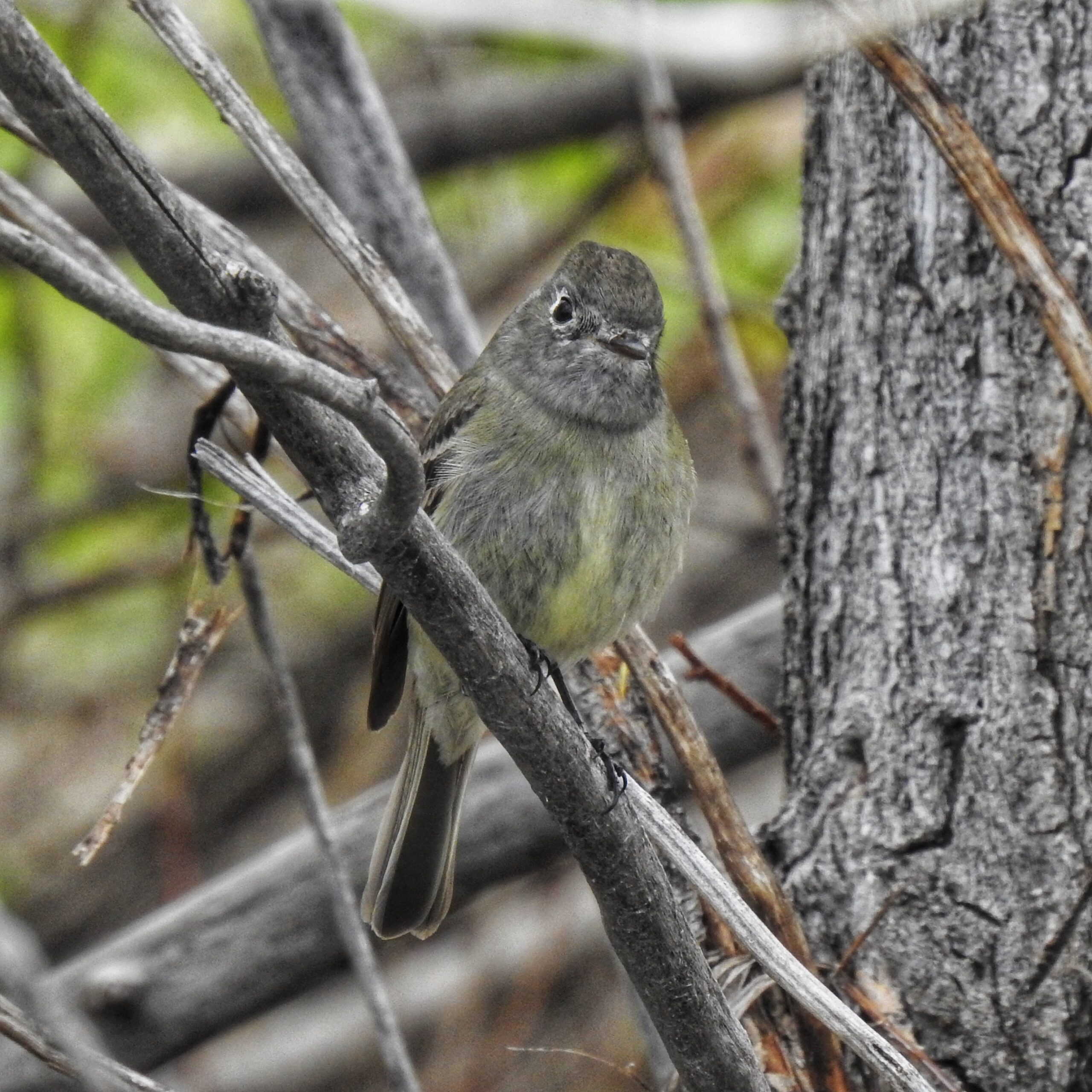 This young turkey came from who knows where and landed about 20 yards ahead of me on the path. It foraged right past me, then turned around and followed me for about 50 yards. it was far too tame for its own good. 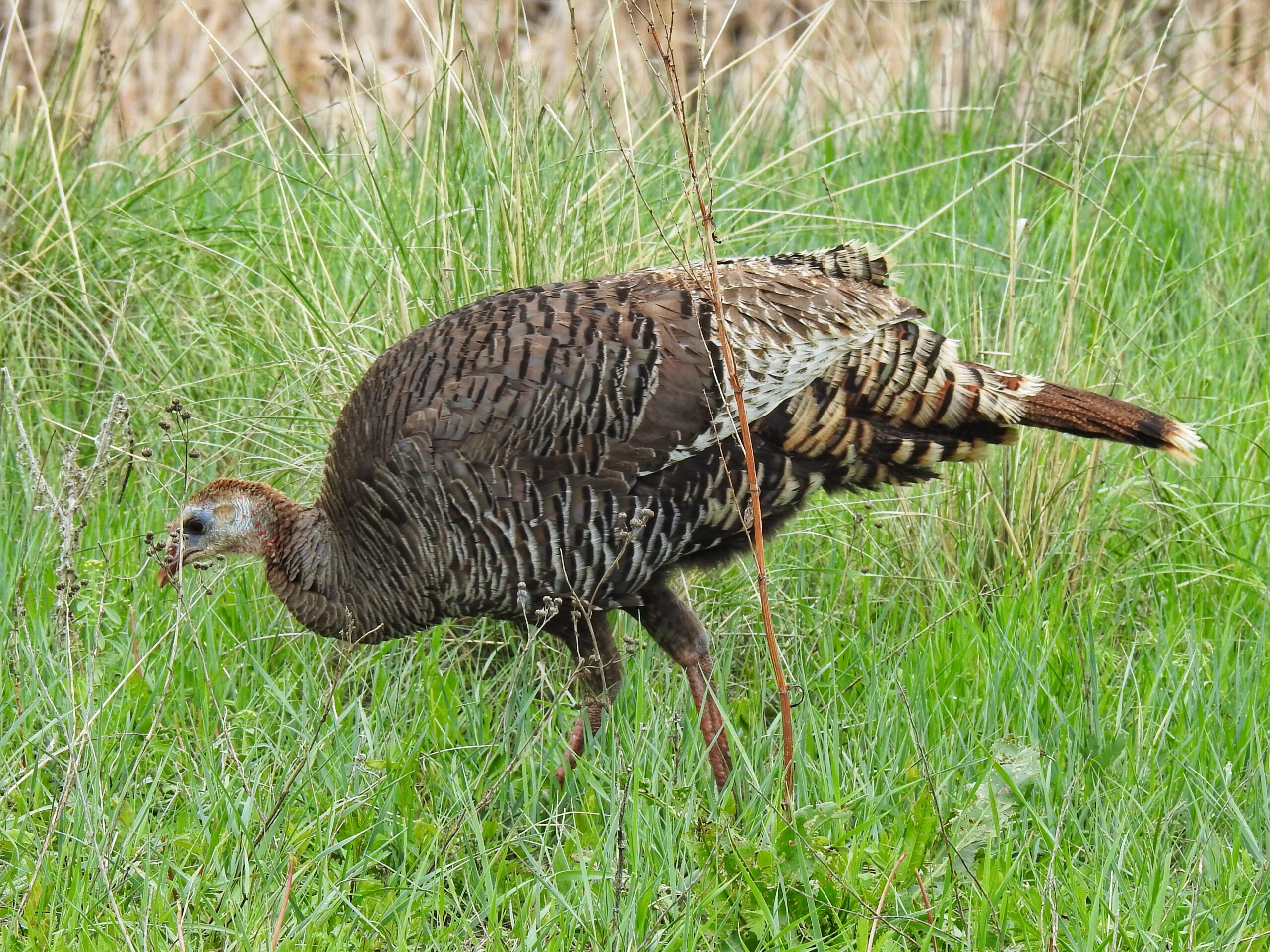