We decided to get away for a few days and explore a part of Colorado we hadn’t yet seen. After stopping at the local Panera for bagels, we drove south on I-25 to Walsenburg. The tire light on the Honda’s dashboard was lit up, no doubt because temperatures had dropped considerably overnight. We stopped at a truck stop and paid $1.50 for five minutes of air. I didn’t use it all, but I was tempted to stand there holding the nozzle until our time ran out. Why should they get to keep air I paid for?

We headed west on Route 160, past the Spanish Peaks. It is a notable feature of this part of the state that the peaks rise suddenly out of the flat plains.

We toured the Fort Garland Museum in the morning. The town of Fort Garland was a surprise to me. I don’t know why, but I expected an actual town—like Monte Vista or Alamosa, which we drove through later. It was, in fact, a tiny place. I drove from end to end in less than a minute. After we finished at the fort, I pulled off at a rather ramshackle gift shop/tourist trap. The grounds were covered with a dilapidated attempt at recreating an old-fashioned western town. We wandered around inside the gift shop for a bit. I asked the woman who worked there the price of some Navajo rugs. She told me the small one was $800 and the larger one $1,400. She took my question as intent to buy and followed me around for several minutes and pointed out other items and telling me the price. She impressed upon us that her prices were much lower than we would find in Taos, and that people from New Mexico come to her. Perhaps. It didn’t appear that much of anybody had come there in some time. We didn’t buy any rugs, but it made me rethink our decision to let our cats tear apart the ones we inherited from my folks.

It was lunchtime, so we drove about 30 yards to the only restaurant in town, the Old West Café. We had cheeseburgers, which weren’t bad. The other diners were obviously locals. Our waitress had on a T-shirt that she was very proud of. It said, “Sometimes I laugh so hard the tears run down my leg.” When I asked, she told me where we might see wild horses in the area, but we didn’t see any. We did see Blanca Peak, a 14er in the Sangre de Cristo Mountains.

We spent the afternoon at Colorado Gators Reptile Park.

In the late afternoon, we visited Monte Vista and drove the short auto tour at the Monte Vista National Wildlife Refuge. But this wasn’t the prime time of year to visit. Most of the water had been drained and the “wetlands” had been control burned recently. 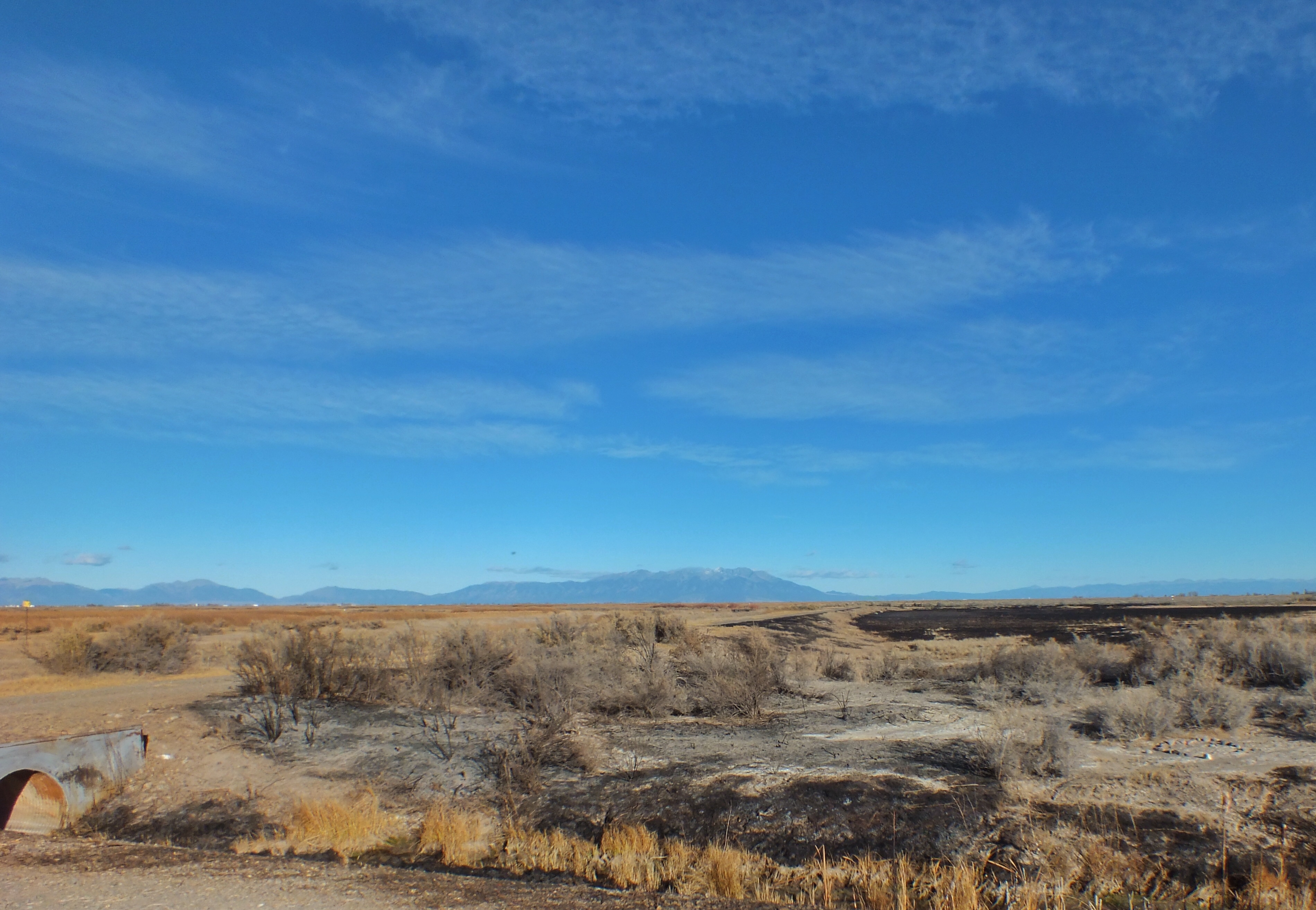 There were a couple puddles, and we saw a handful of ducks and a flock of Long-billed Dowitchers, the first I’ve seen in 17 years. I don’t think we were in the refuge for a half hour. We did see a large flock of Sandhill Cranes in a mowed field just east of Monte Vista. 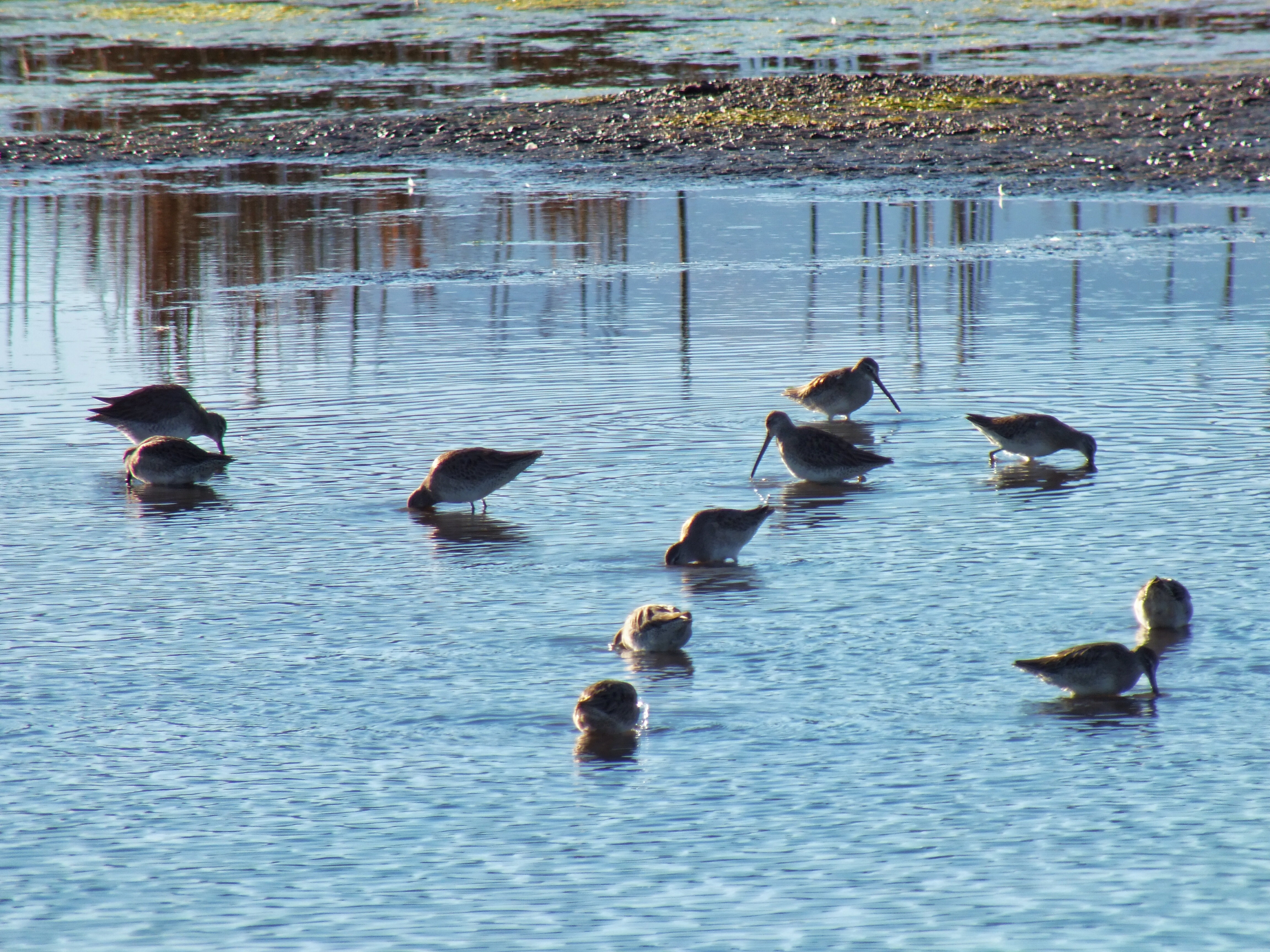 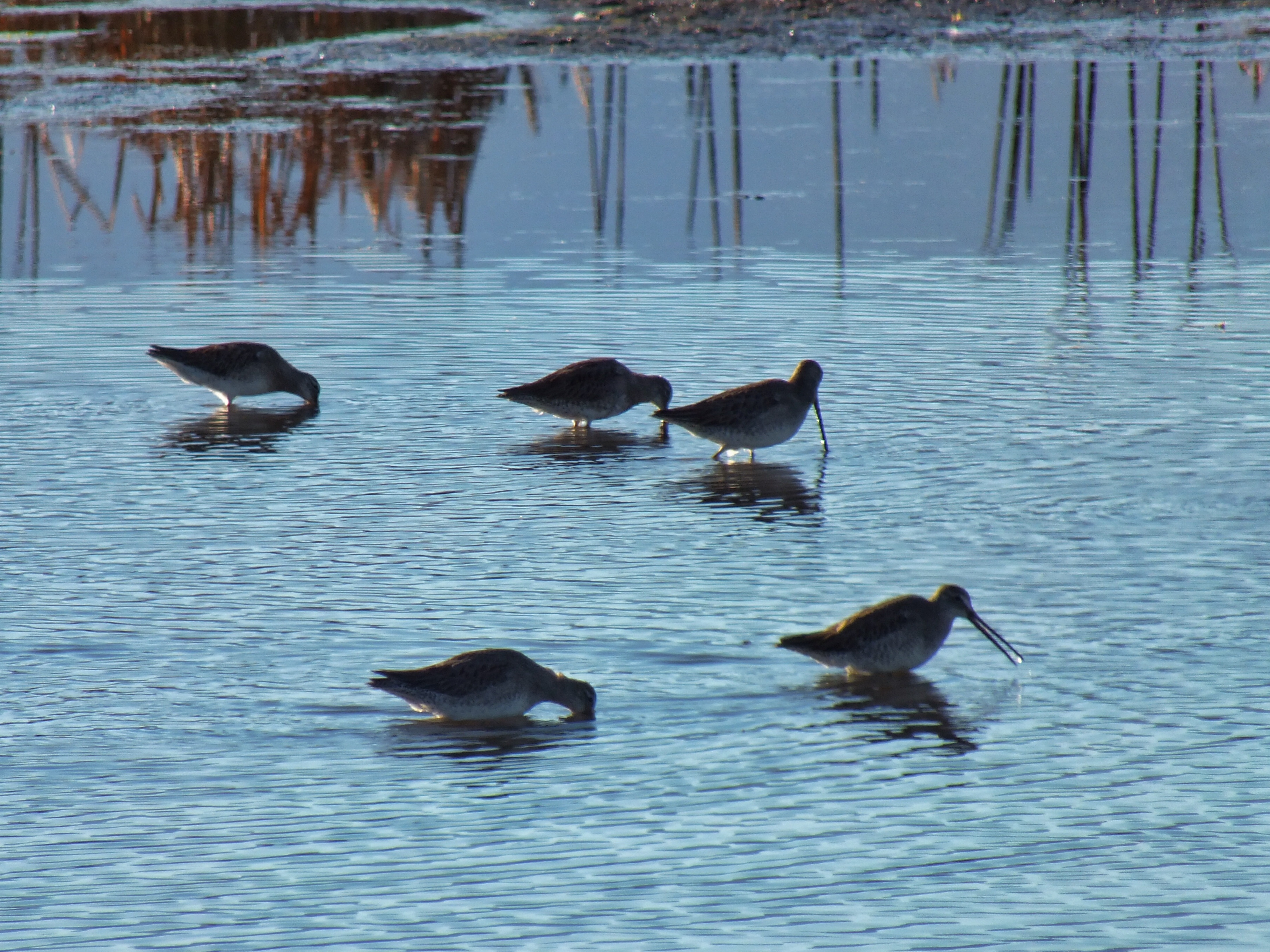 Our plan was to eat dinner at a highly-rated BBQ place called Smokin’ Johnnies, but when we found it, it was out of business. It was next door to a Best Western and a drive-in theater. The Best Western advertised that you could watch movies on the outdoor screen from their rooms. But we thought the whole set-up looked like a setting for a horror movie.

Since BBQ was out, we decided to go to a burrito joint in Alamosa, but it was also closed. We ended up at Chili’s where we ate too much. When we were done, it was only 6:00 or so, and we had only an evening in a Hampton Inn room to look forward to. To pass the time, we wandered around Wal-Mart. Really.

This was the view from our motel room the next morning. We had looked at the movies showing at that theater the night before. They were so unappealing that we preferred sitting in our room. 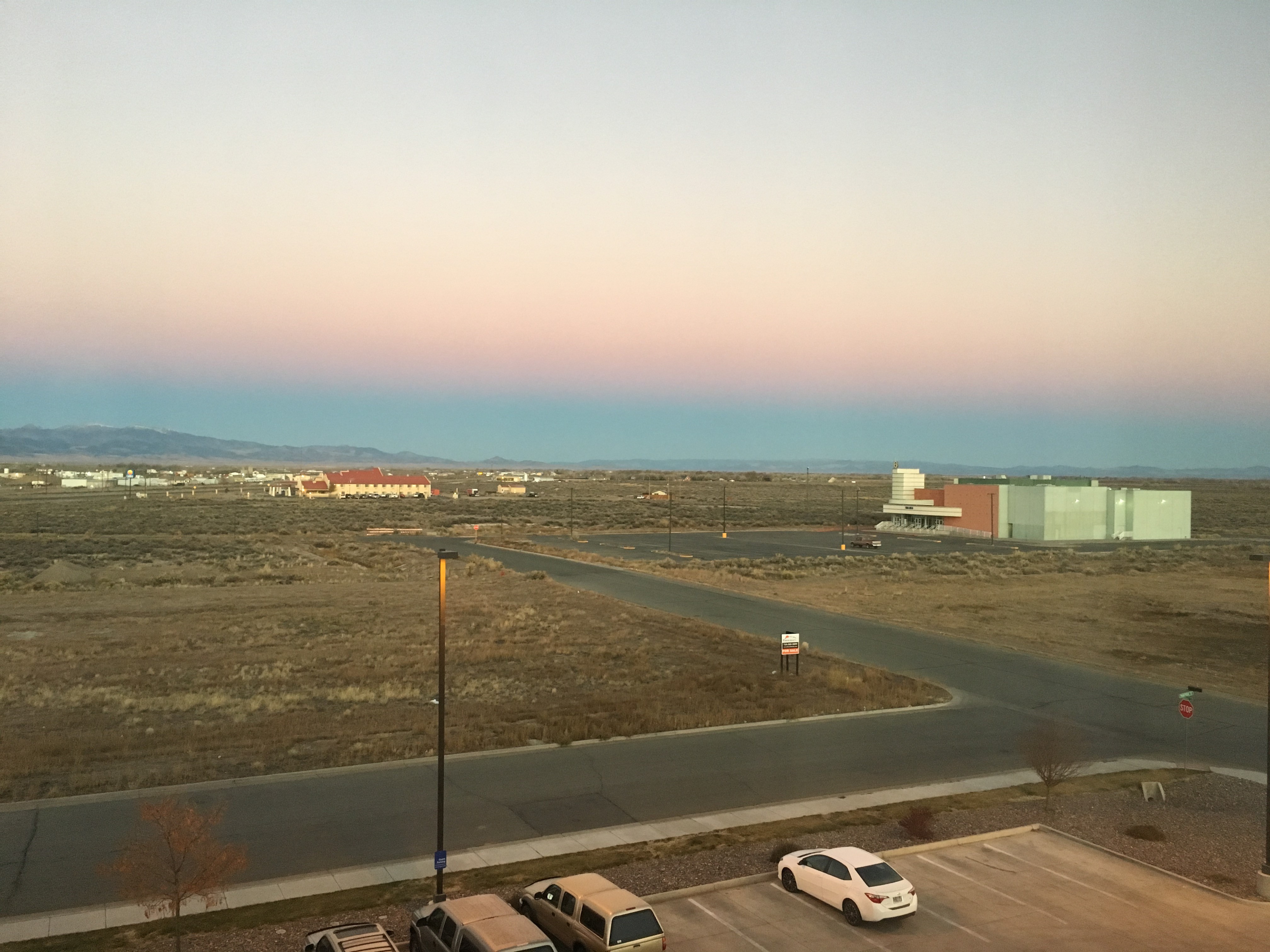 We drove to Alamosa National Wildlife Refuge first thing, hoping to see something interesting. The tour road there wasn’t long either. We did see some ducks, two Sandhill Cranes, and a Coyote. 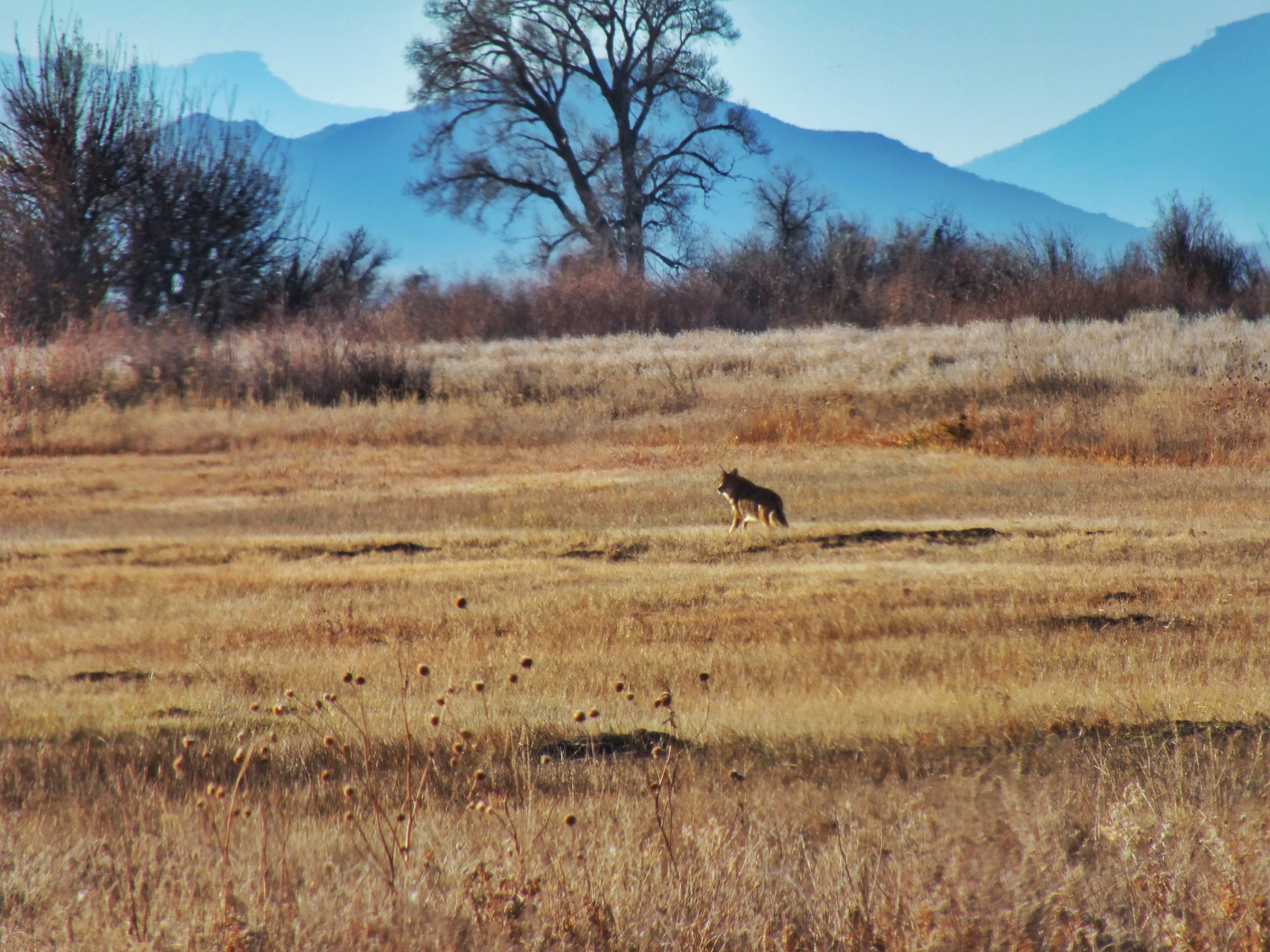 The Sangre de Cristo Mountains loomed large to the northeast. The highest point is Blanca Peak. 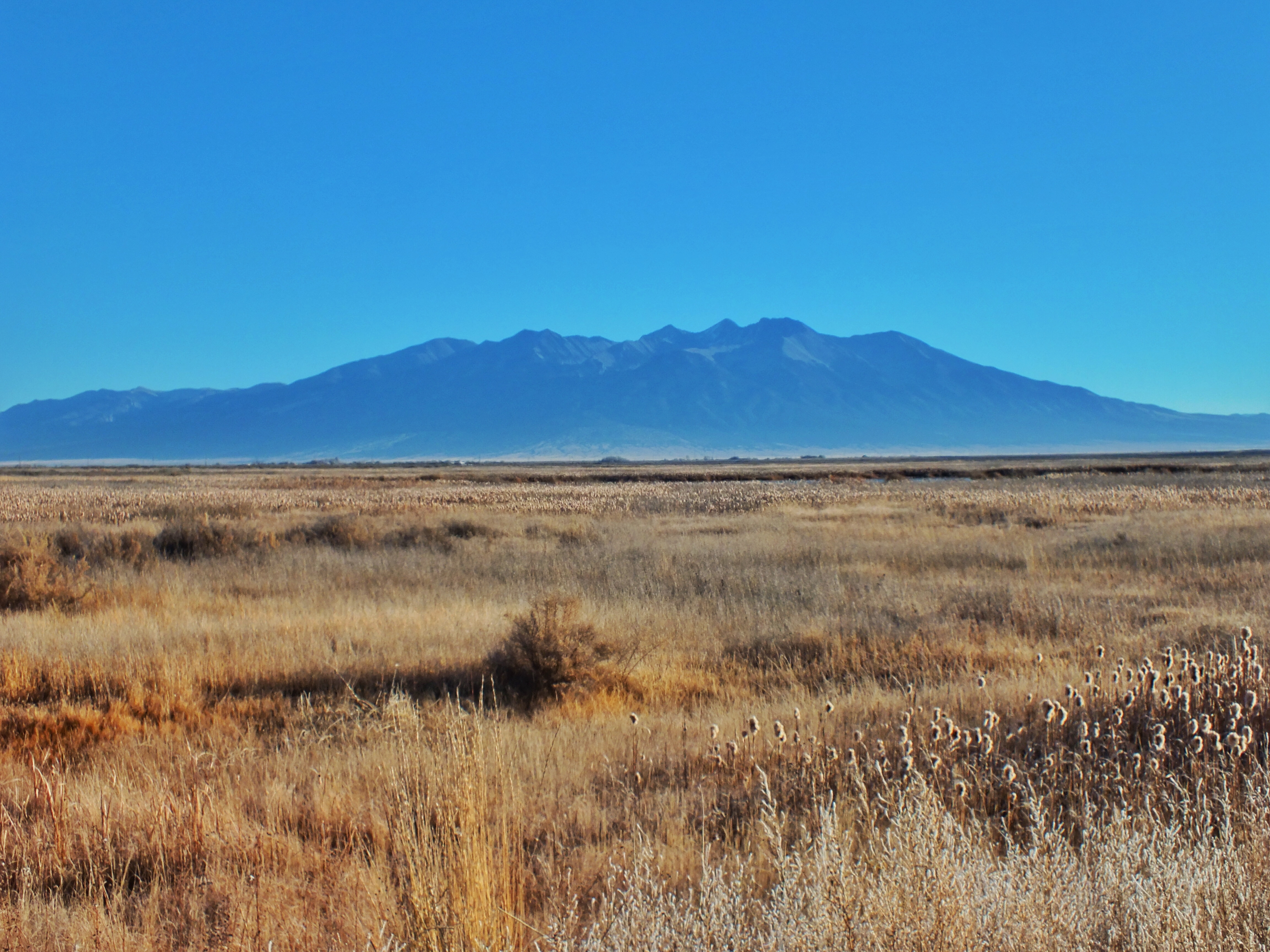 After touring Great Sand Dunes National Park, we headed north to Salida (which Siri interpreted as “Saliva”). We were hungry. For lunch, we’d only had bagels that we’d purloined from the hotel breakfast.

But we weren’t this hungry. 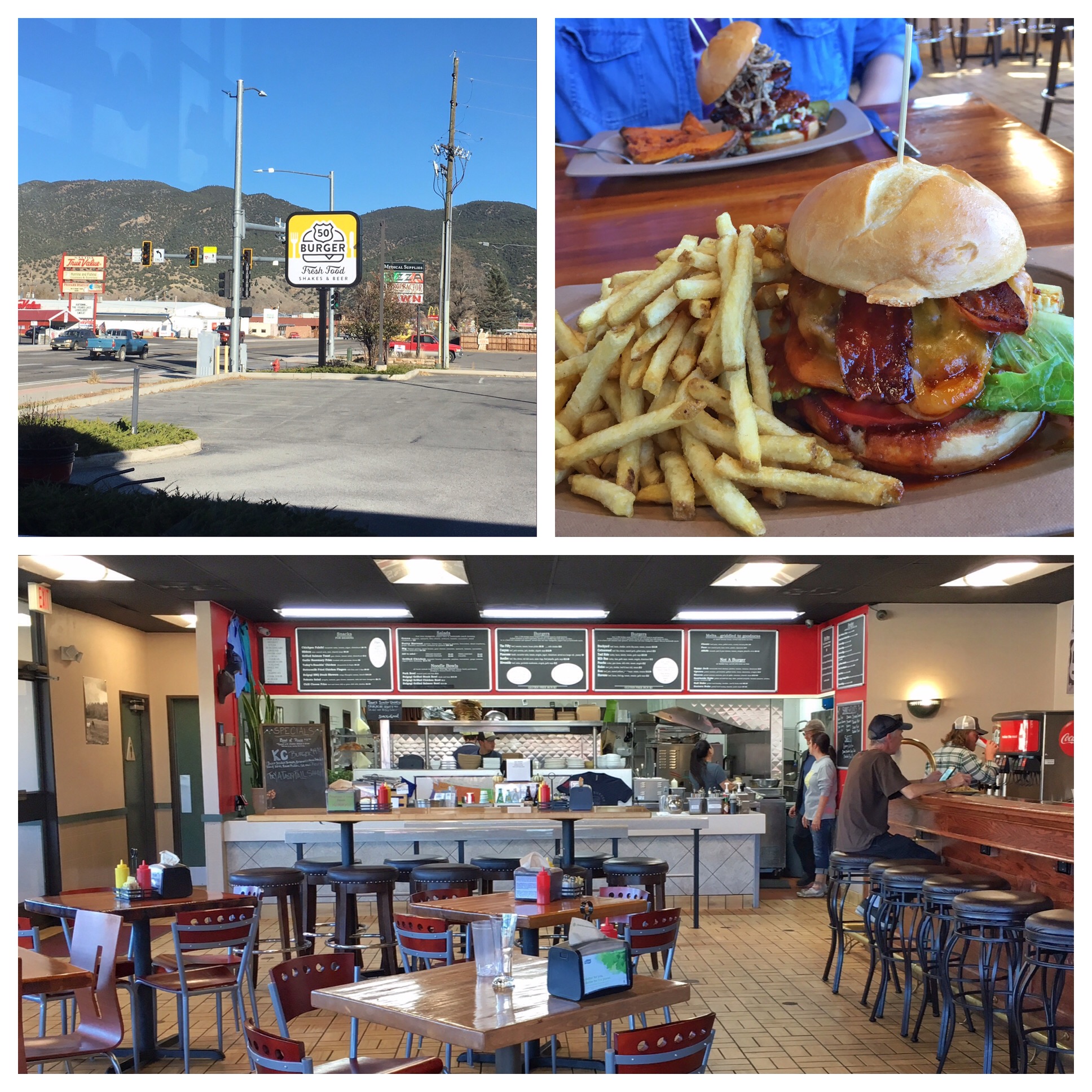 After driving through Bighorn Sheep Canyon, I took my wife to see Route 11 up to Cripple Creek. I’d happened upon the road back in 2012 when I was out here for a convention and thought it was beautiful. As we drove through Cripple Creek, the sun set. For a couple minutes, the sky was orange and the mountains were deep purple. We got home at 7:00 after two filled and fun days.

This entry was posted in Birds, Road Trips, Scenery. Bookmark the permalink.