While I was watching the White-tailed Ptarmigan at Medicine Bow Curve, I heard one of the other birders refer to a phalarope. I looked up to see a medium-sized shorebird flying back and over the tundra. It circled and landed in a small puddle that was about the size of a one-car garage. For the next 15 minutes or so, it swam and waded around the edges.  It was a Wilson’s Phalarope. I think it’s a female, but I’m not positive. 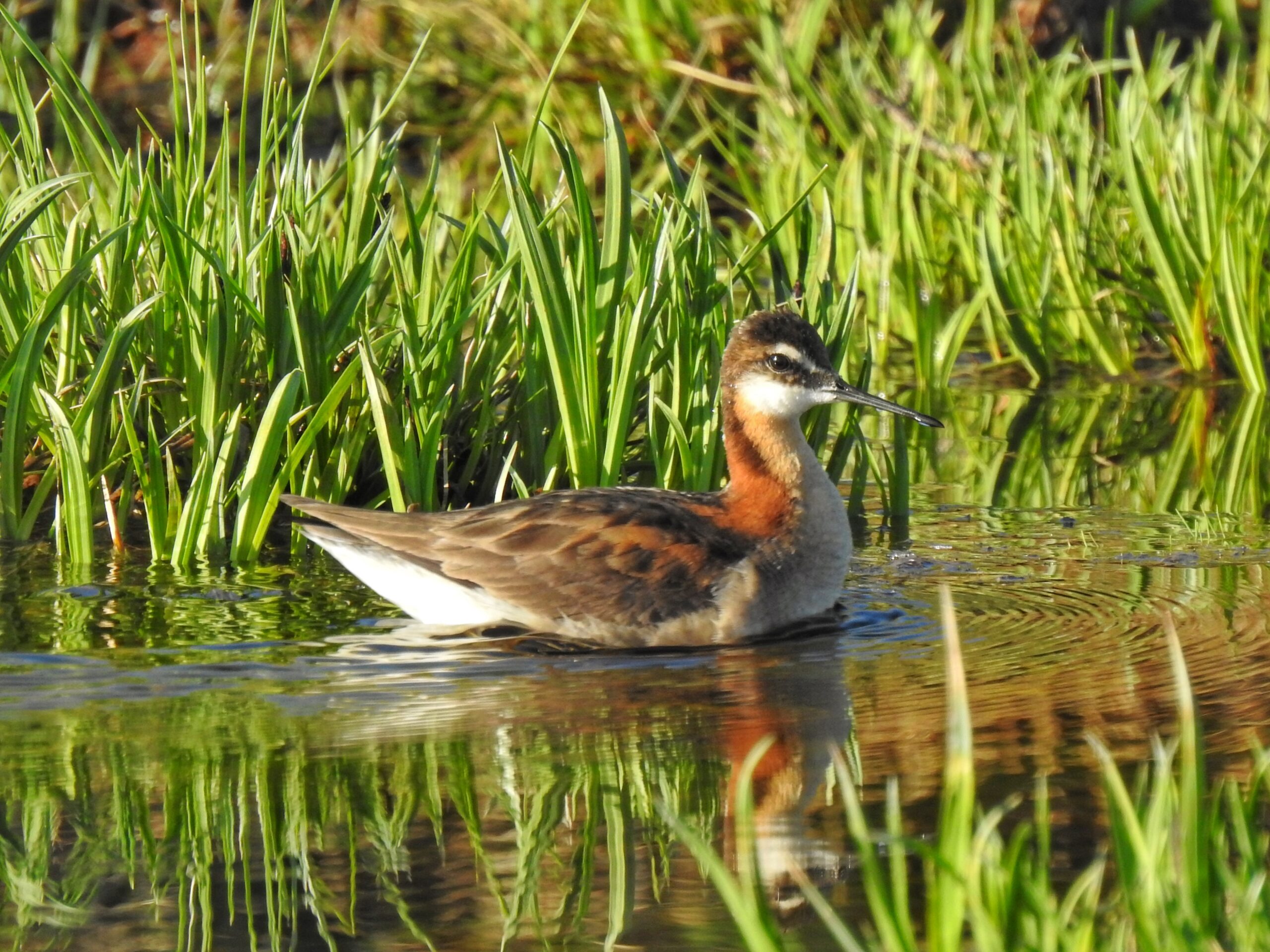 As I headed back to my car, a Yellow-bellied Marmot watched me walk past. 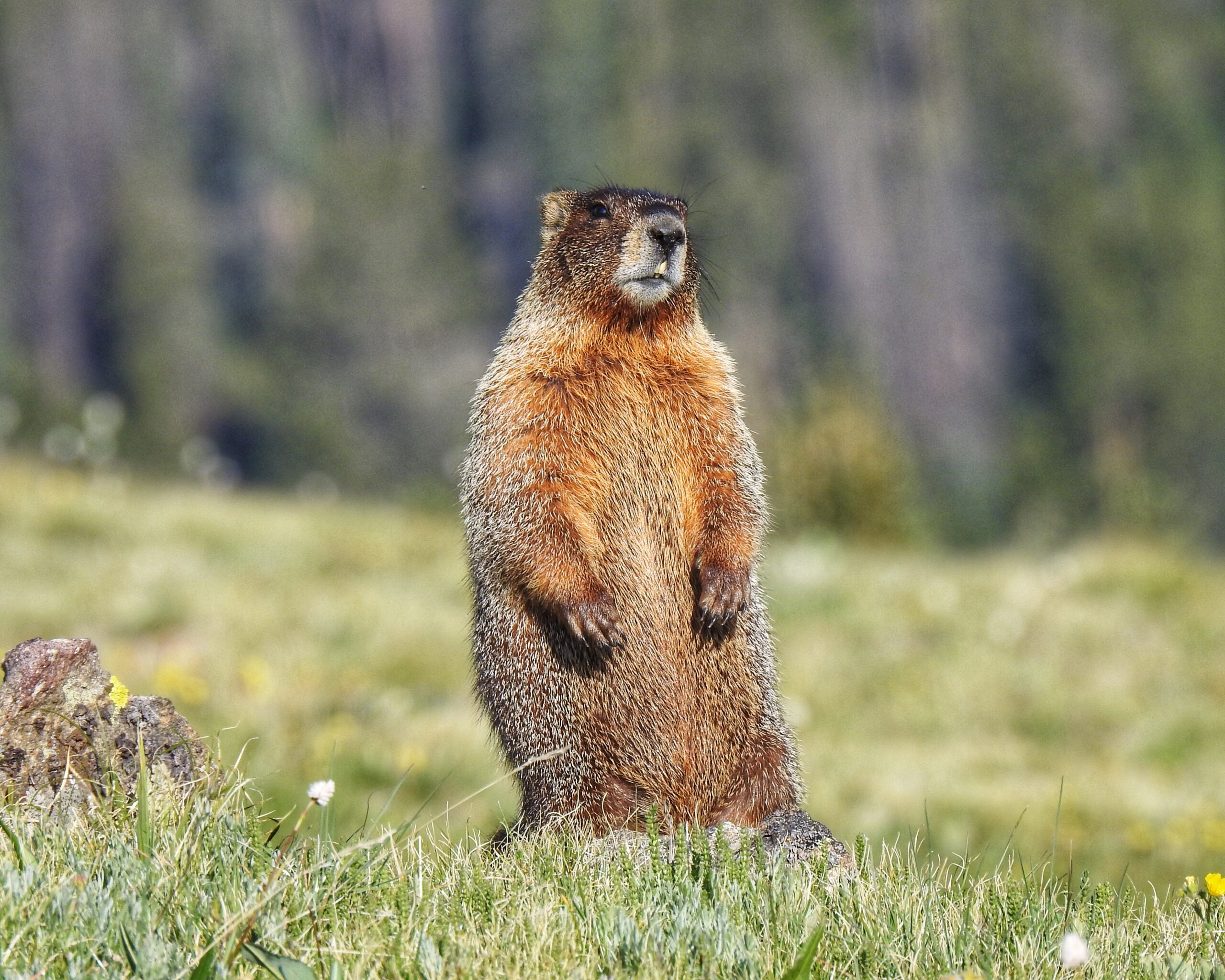 Earlier in the morning, I’d passed a herd of Elk relaxing in the grass along both sides of Trail Ridge Road. The ptarmigan was my goal for the day, so I didn’t stop. I did take a video as I went by. This is a freeze-frame from that video. 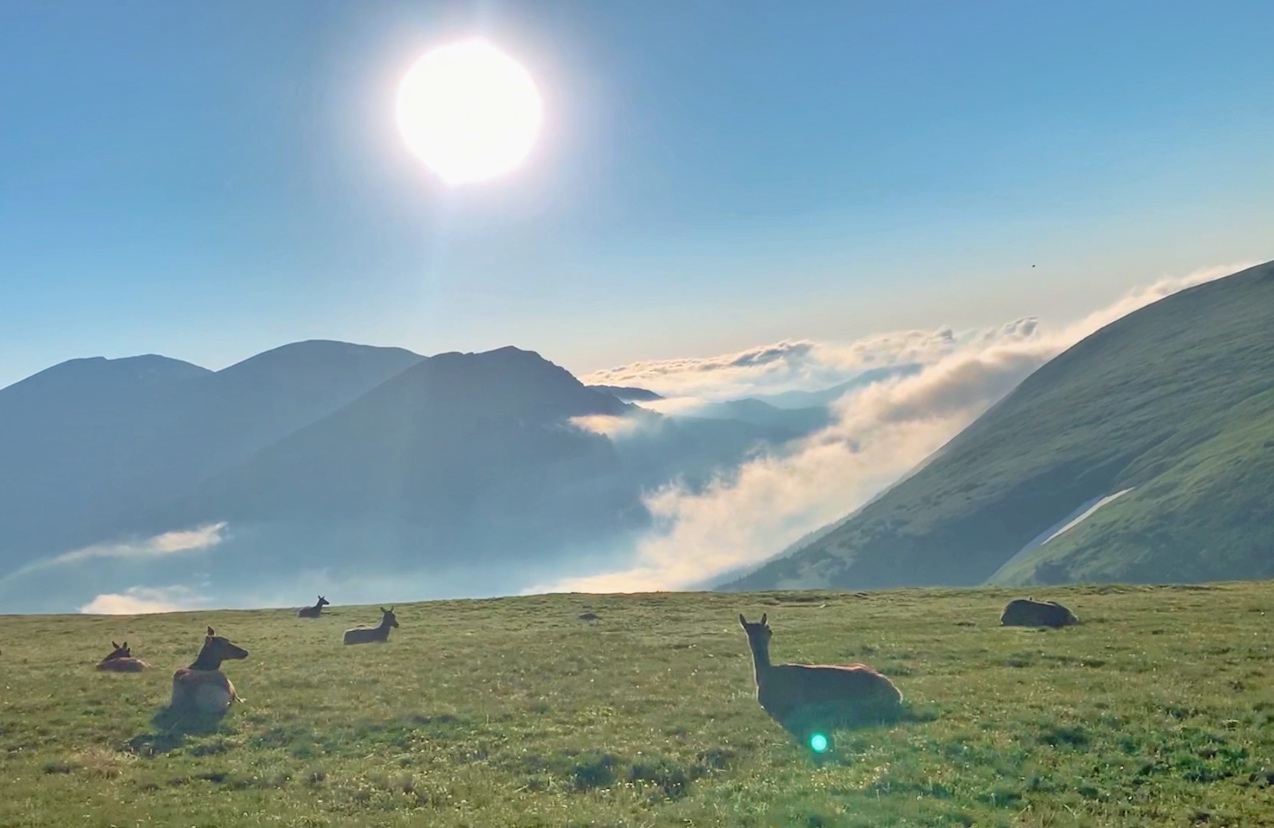 They were still there as I left, and this time I stopped and got out to get some photos. 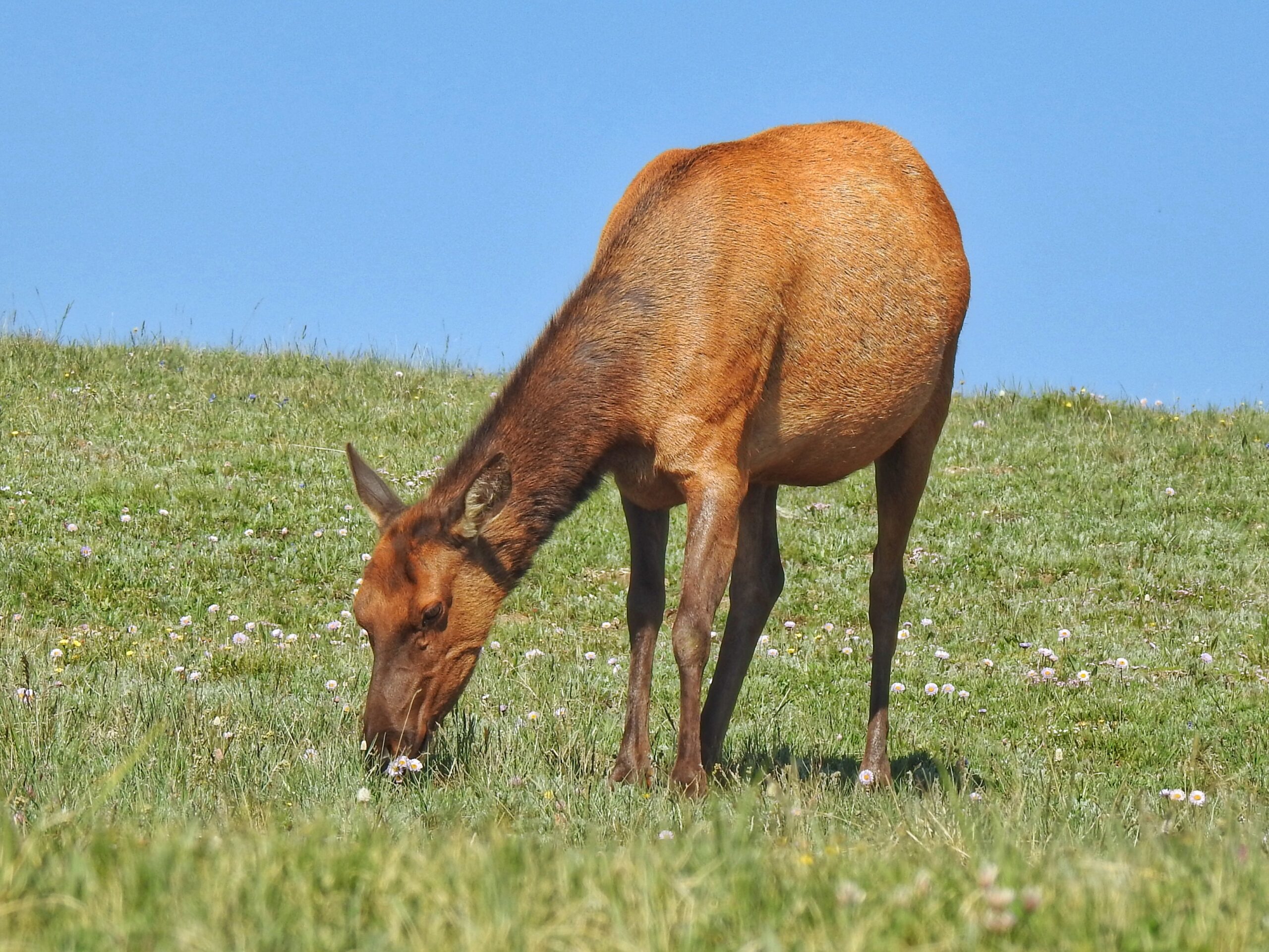 This one looks like its head is on backward. 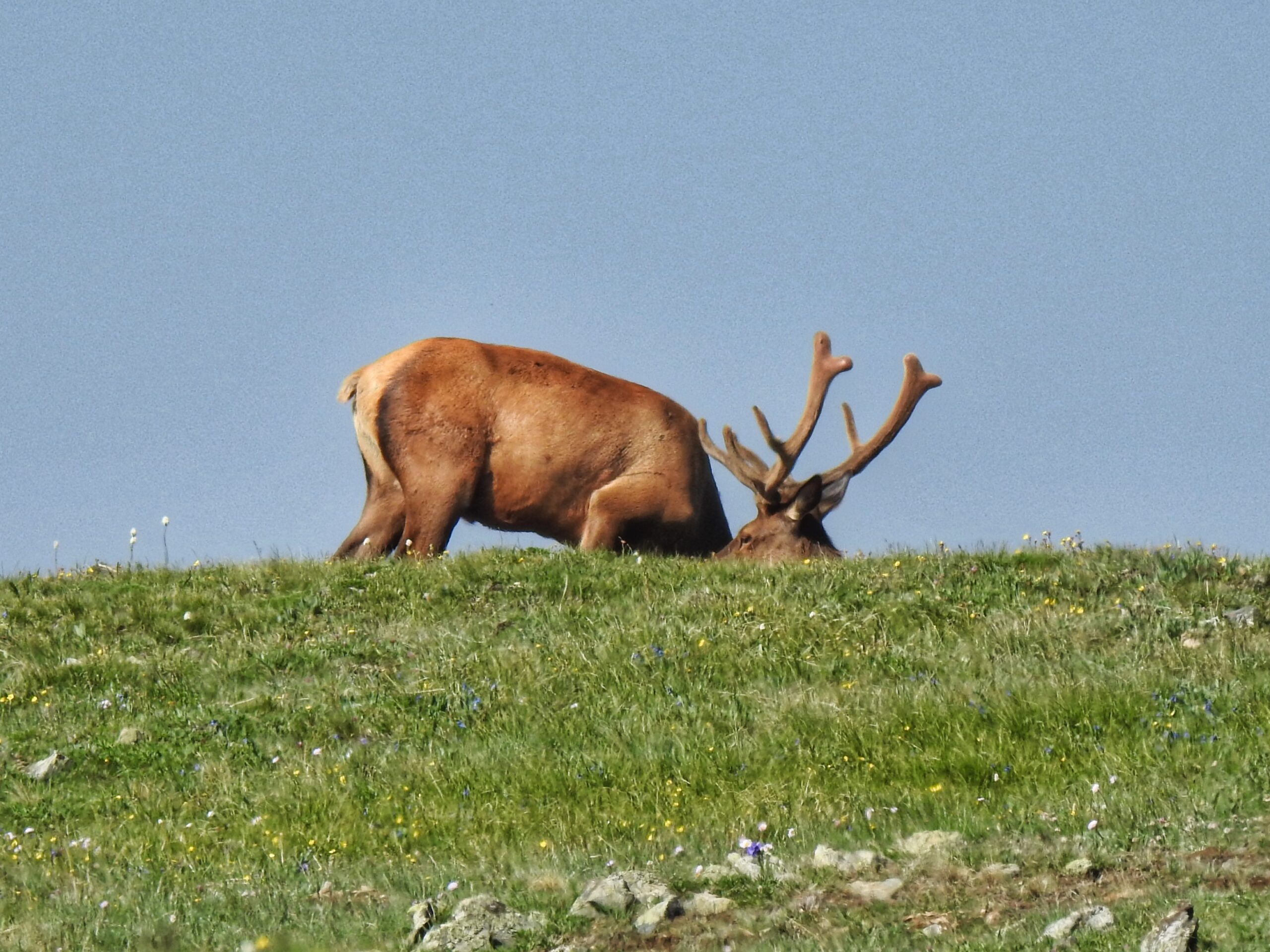 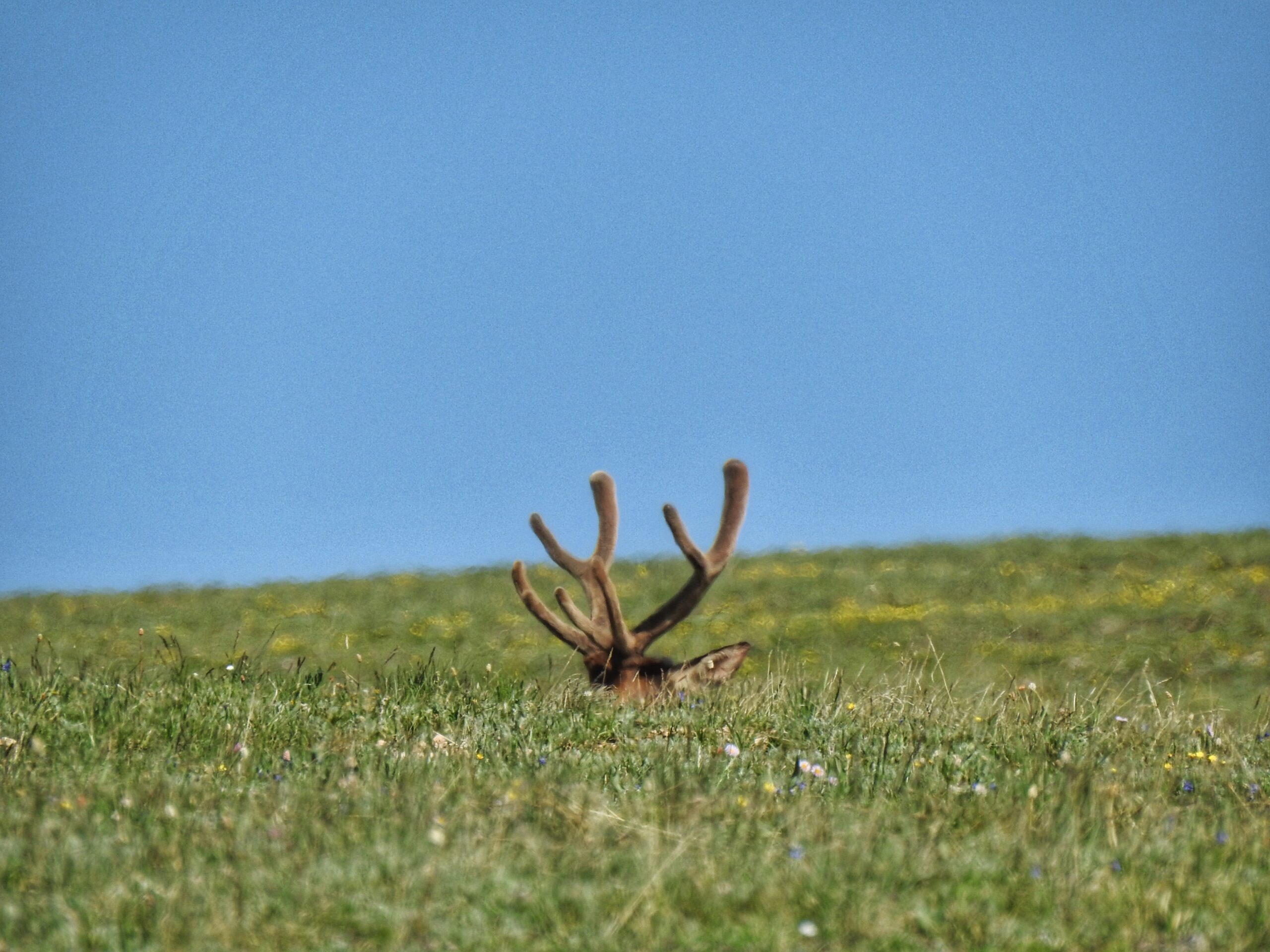 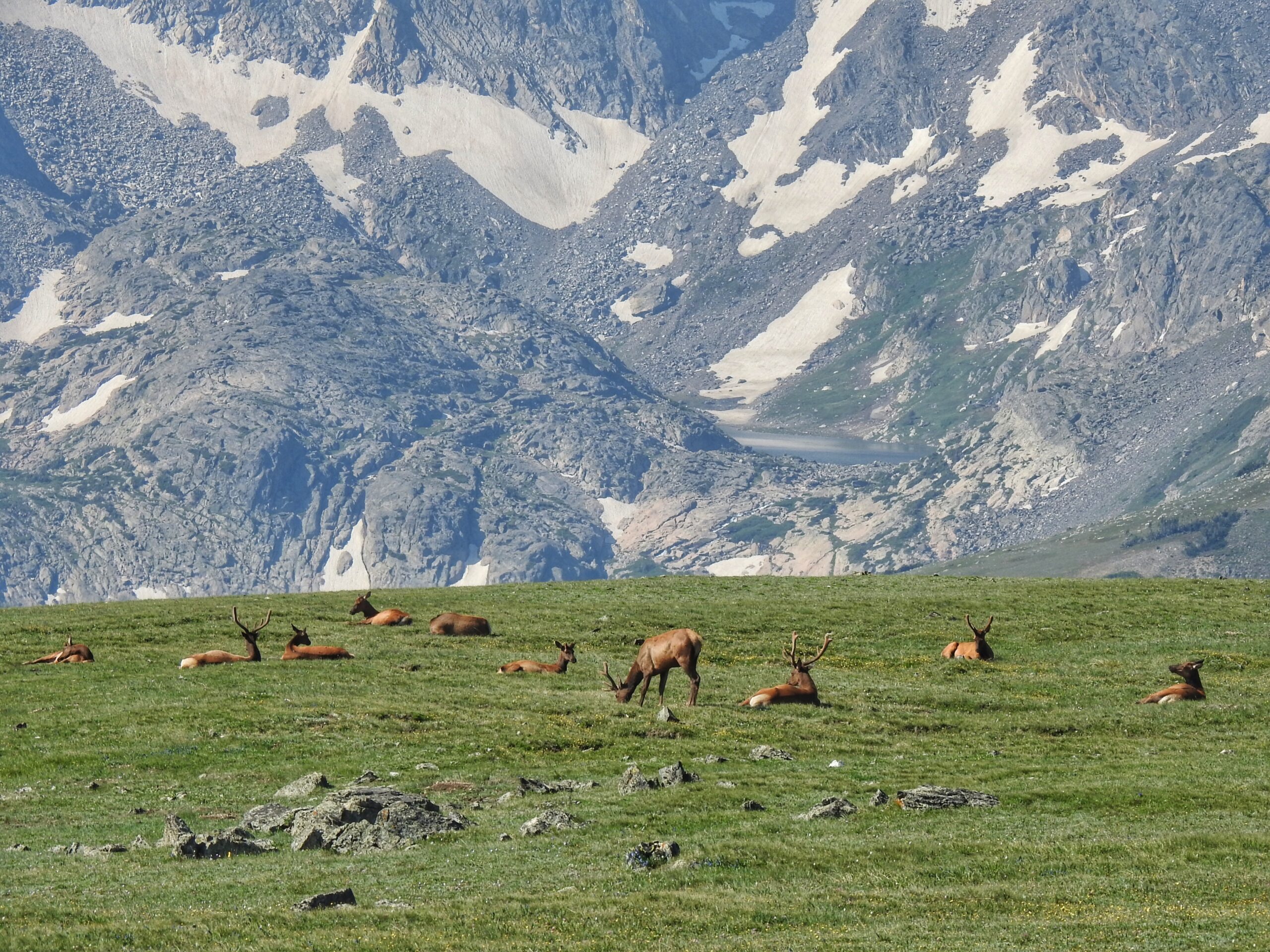 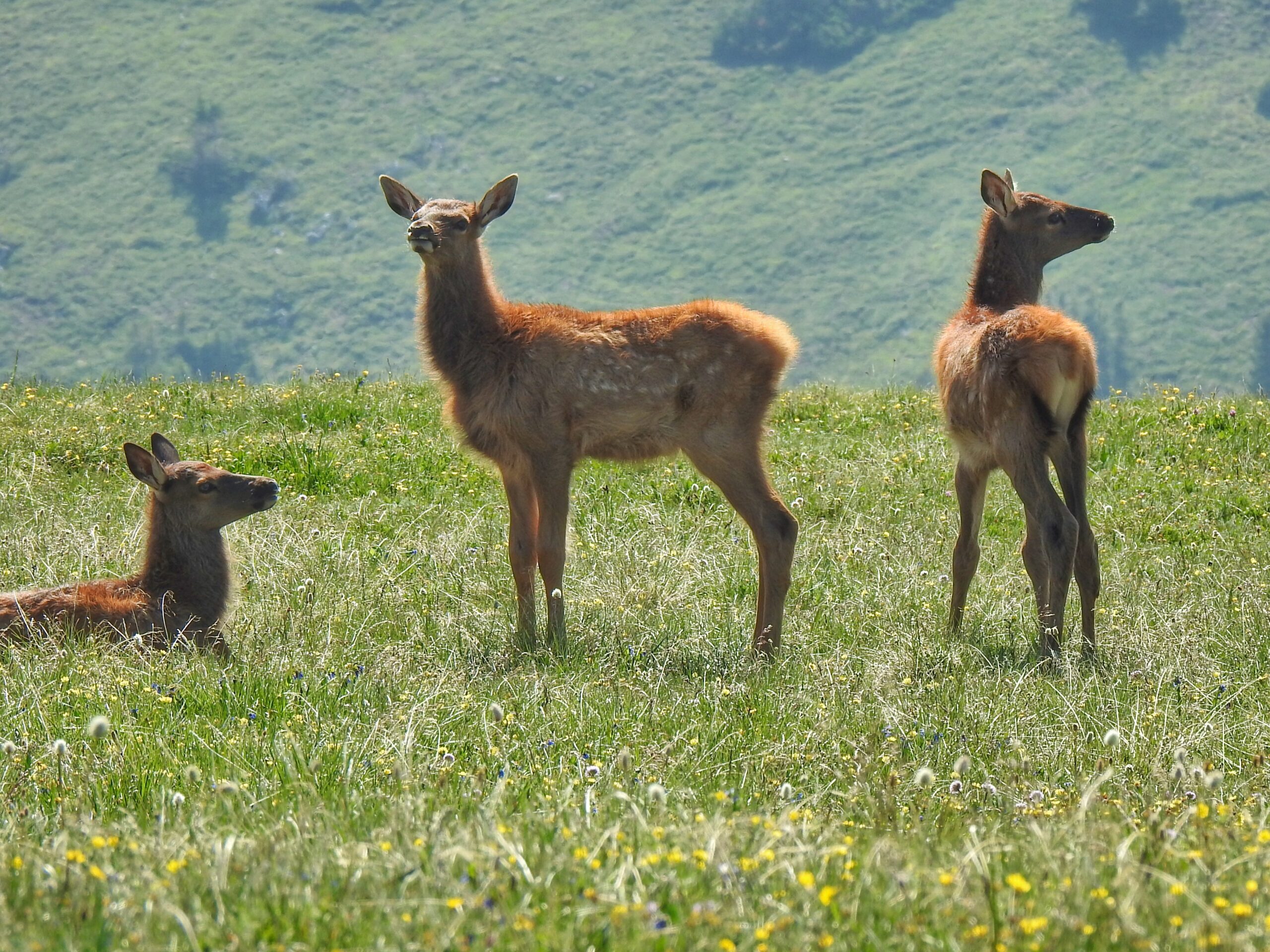 The one in front has a huge collar around its neck that makes it look like a pet. 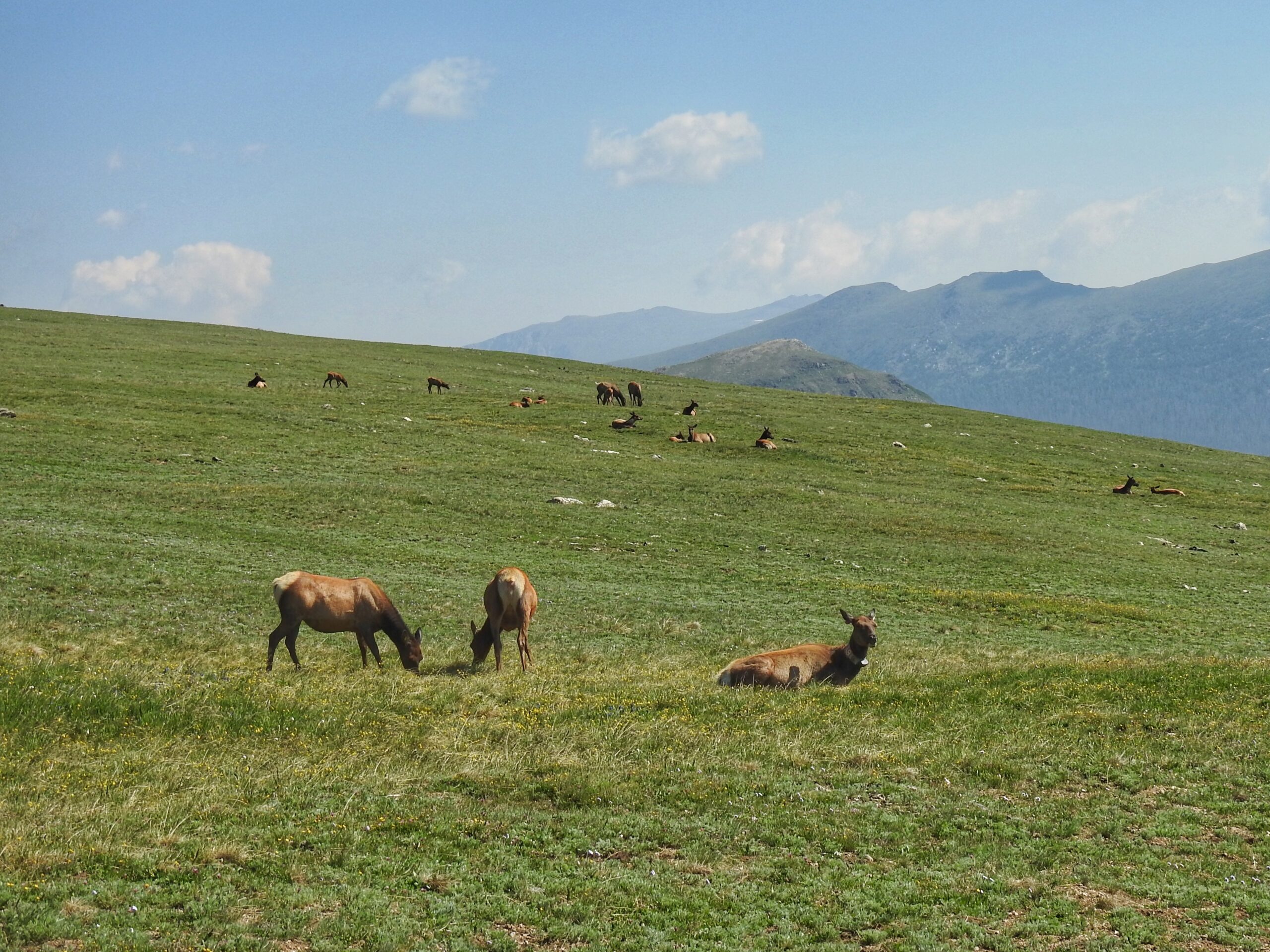