Since we were in Utah, it seemed appropriate that we see the Great Salt Lake. And since we were going to the lake, it only made sense to go to a part of the lake where I could see birds, right? The particular bird I wanted to see was a Chukar, an Asian game bird that has been introduced into the American west. They are often seen around the visitor center at the state park.

There was, however, a problem. Chukars are most easily seen early in the morning and the park was an hour drive from our hotel. Since I’d gotten up at 5:00 am the morning before and hadn’t gotten to bed until after midnight the night before, early just wasn’t going to happen.

Even seeing the lake was a challenge. The water is so low that the causeway out to the island is just a road across flats of white dirt and weeds. The open water was packed with birds, but it was also so far away that most of the birds were unidentifiable. I did pick out Black-necked Stilts, American Avocets, and Long-billed Curlew.

We drove to the visitor center and walked the trails on the knoll. There were birds around, but no Chukar.

We drove most of the roads in the park and saw some pretty cool wildlife. The island has its own herd of Bison. They’re free-roaming, and one could walk right up to one of them if one wanted to. If the water gets any lower, I don’t know what’s to keep them from walking off the island. 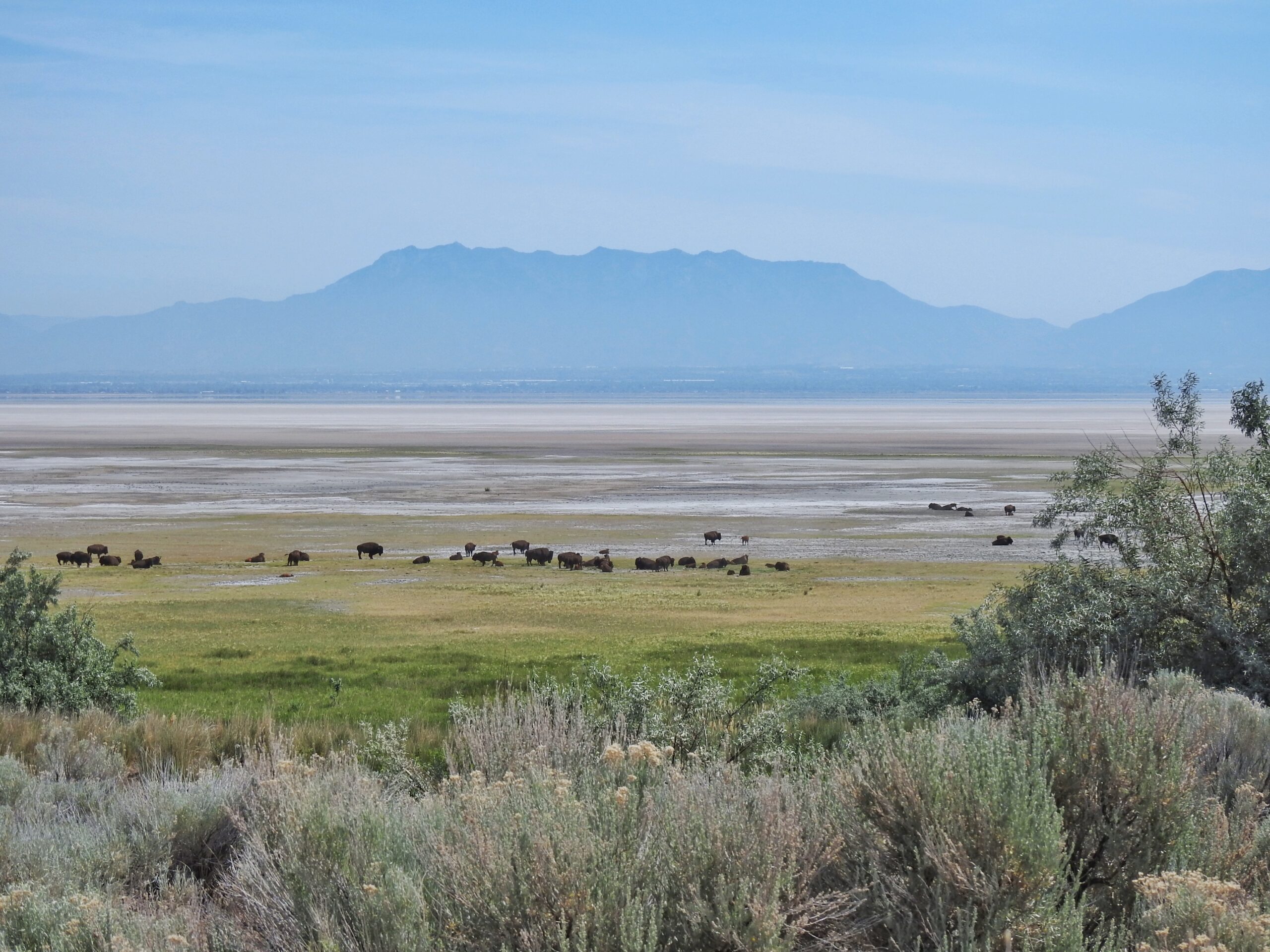 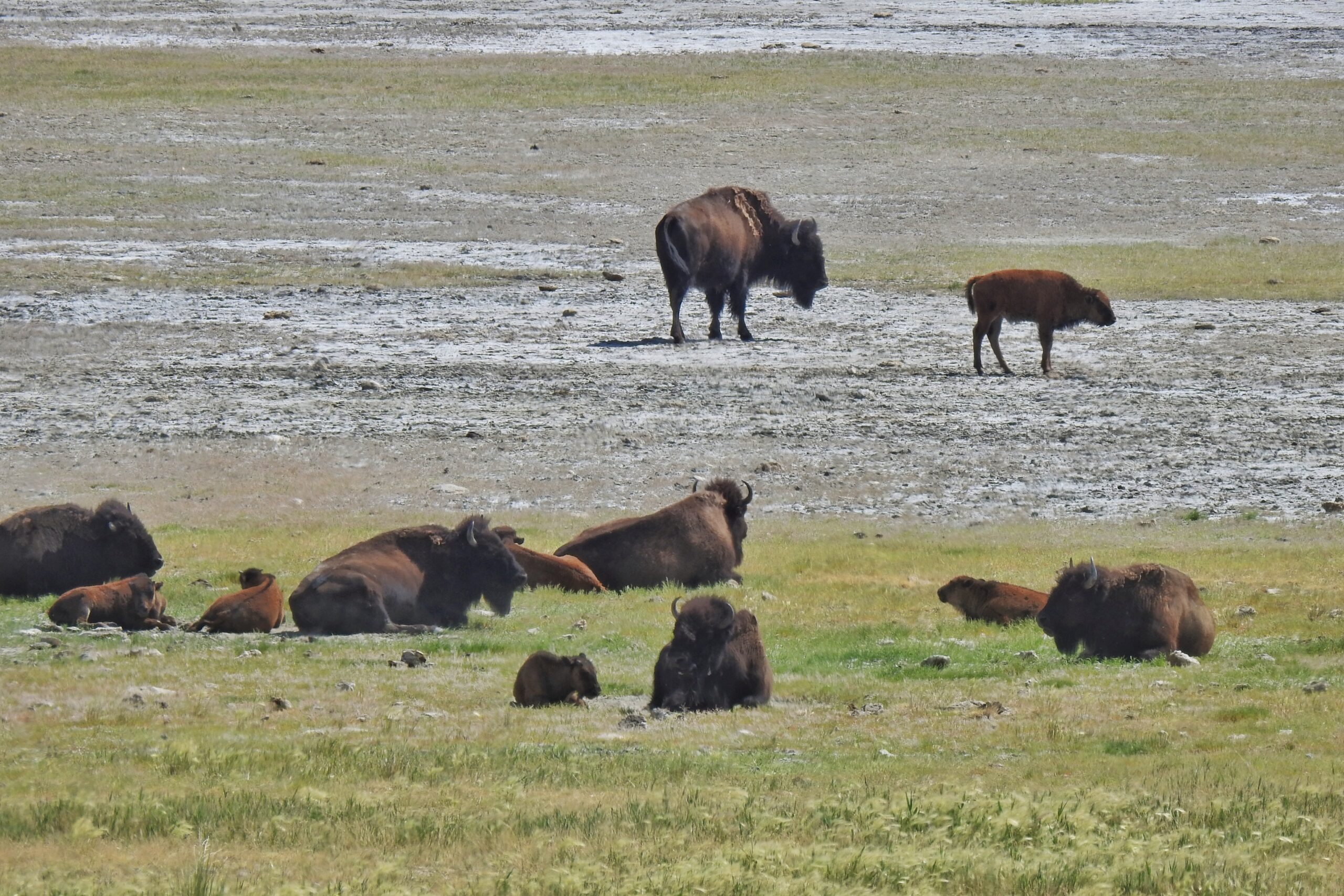 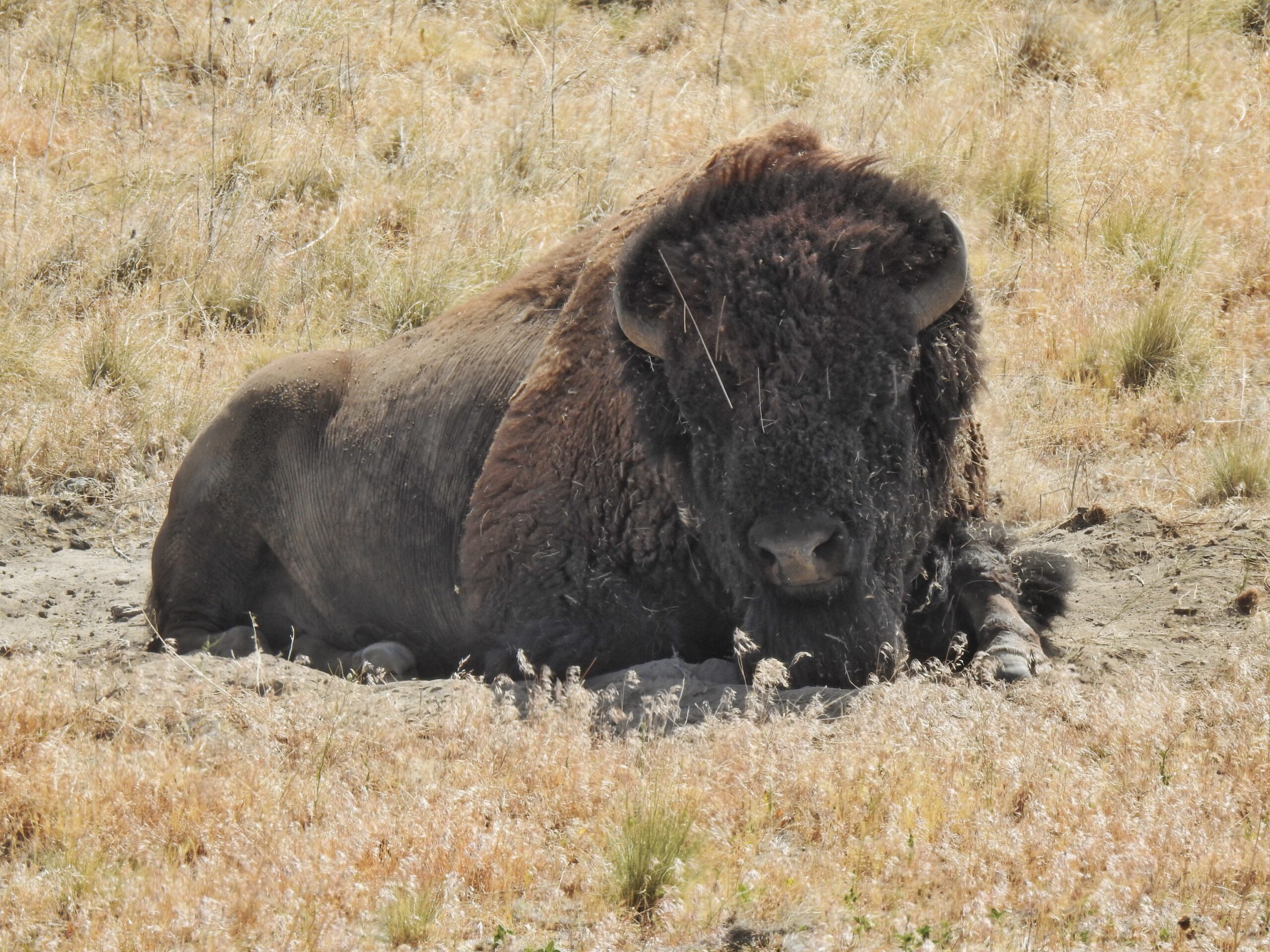 Watching the one in this video scratching himself is mildly amusing.

We also spotted a bored coyote. 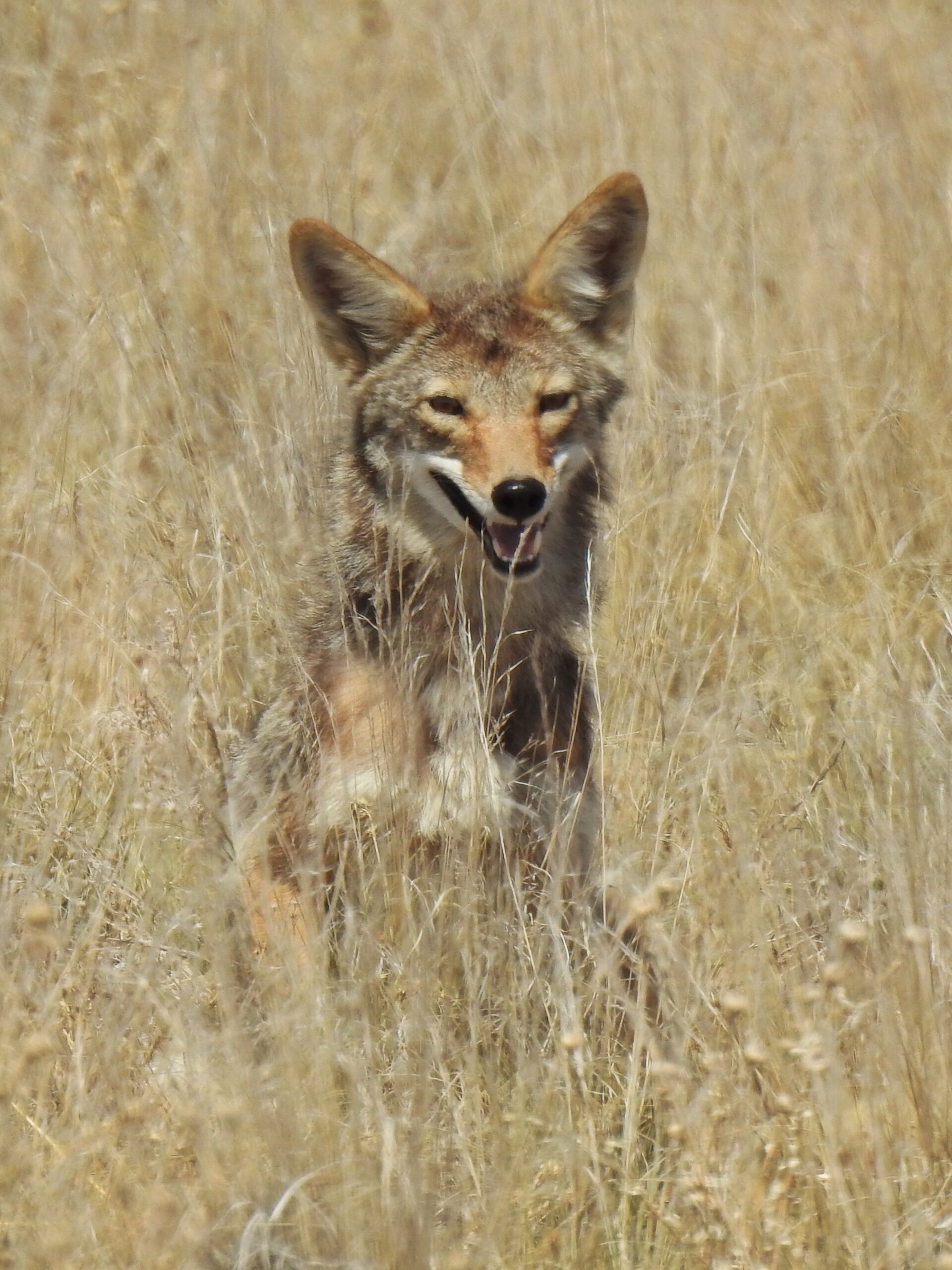 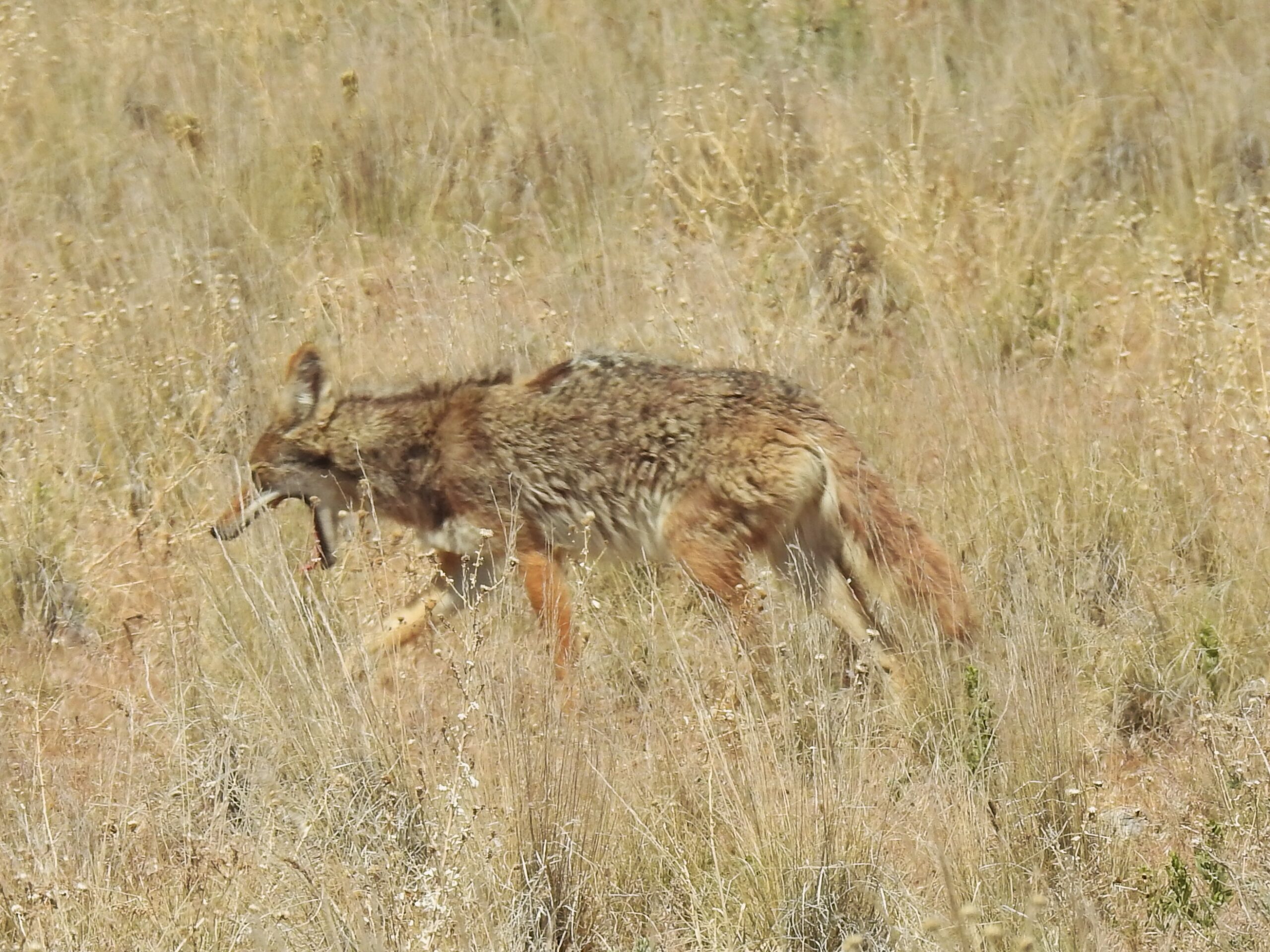 And some Burrowing Owls. 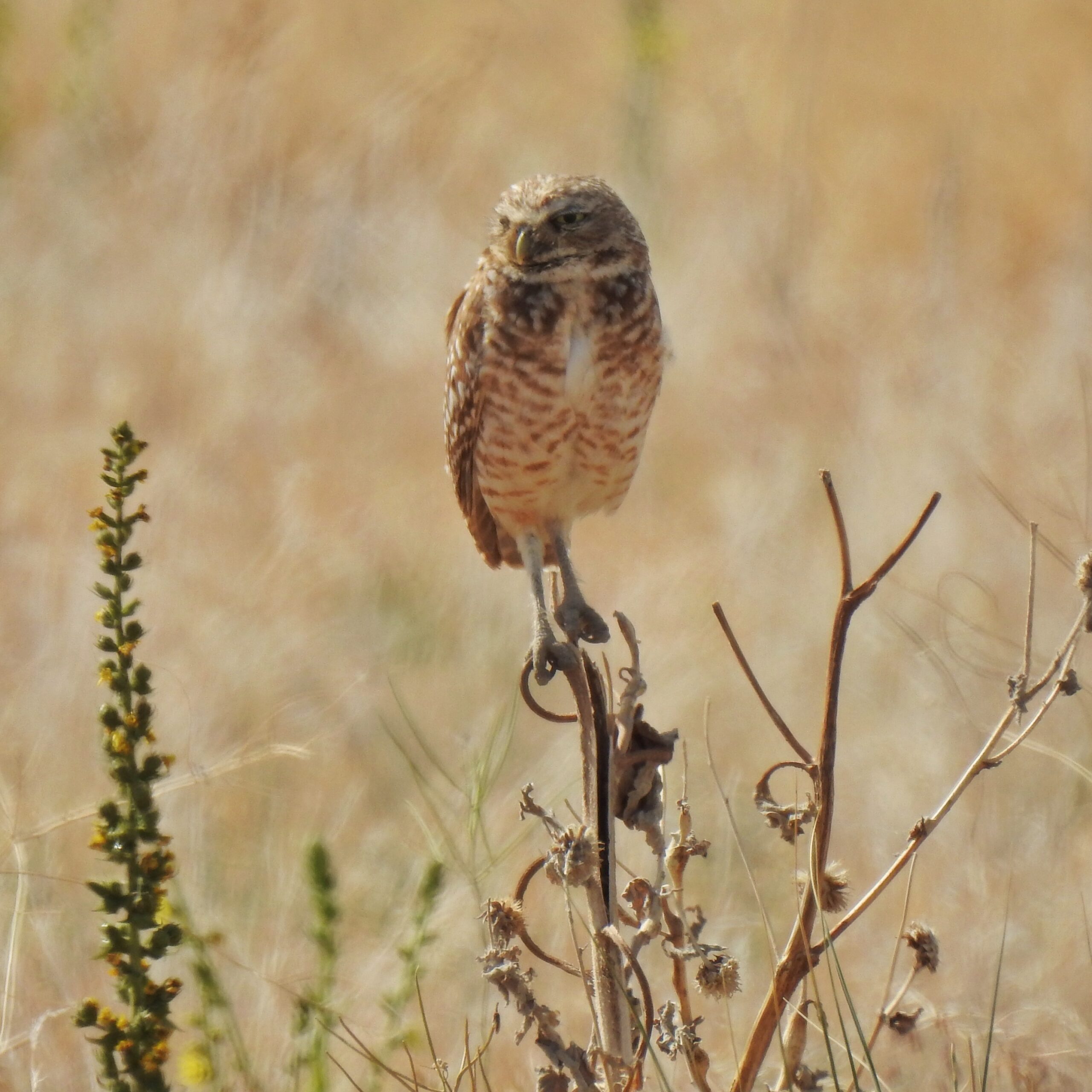 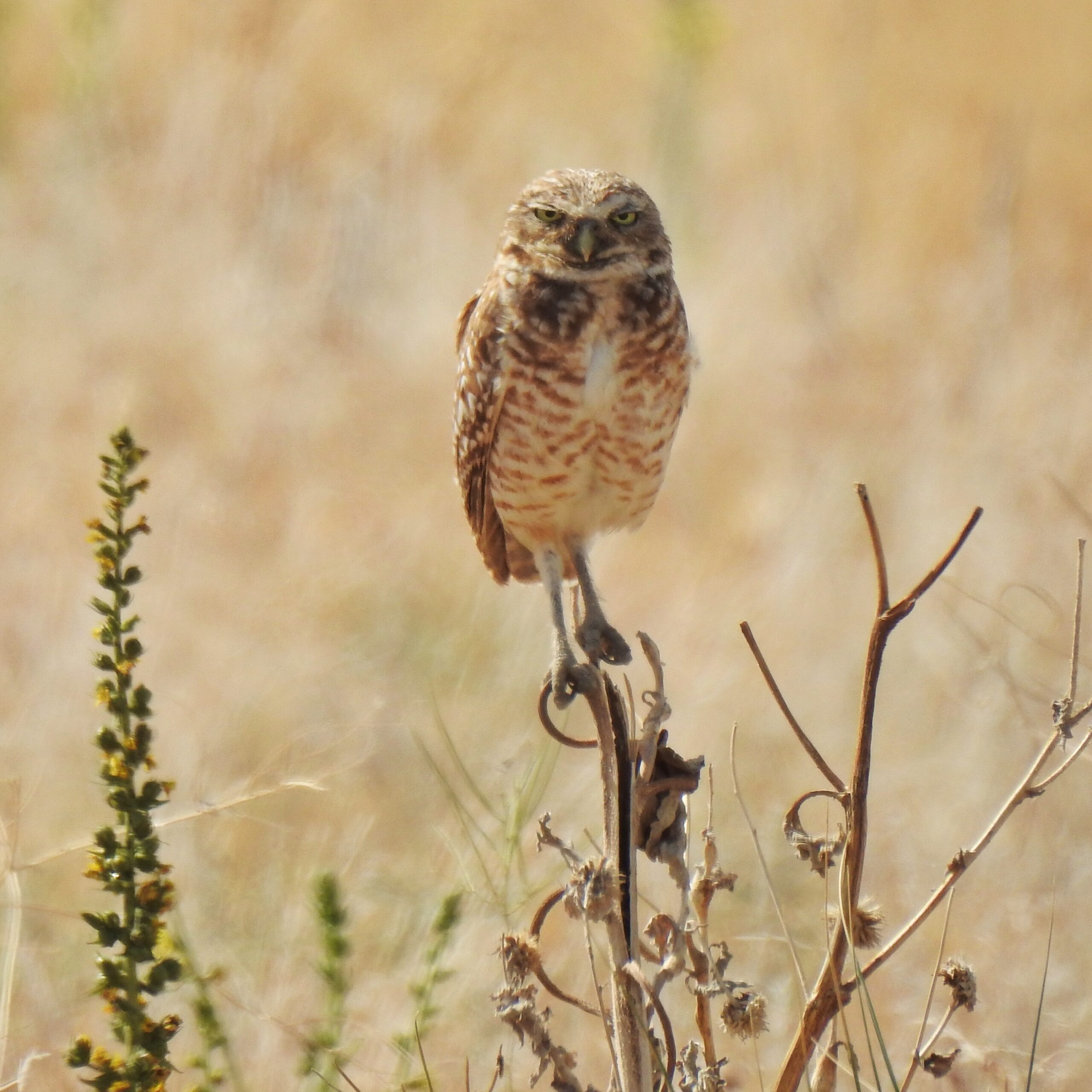 For the record, we did see two Pronghorns, the “antelope” the island is named for.

We bought surprisingly good hamburgers at a diner in the park and then went back to the visitor center. I left my wife in the car with the air conditioner blasting (it was hot!), and walked the trails again. I met a couple other birders and struck up conversations, but none of us were seeing Chukars. 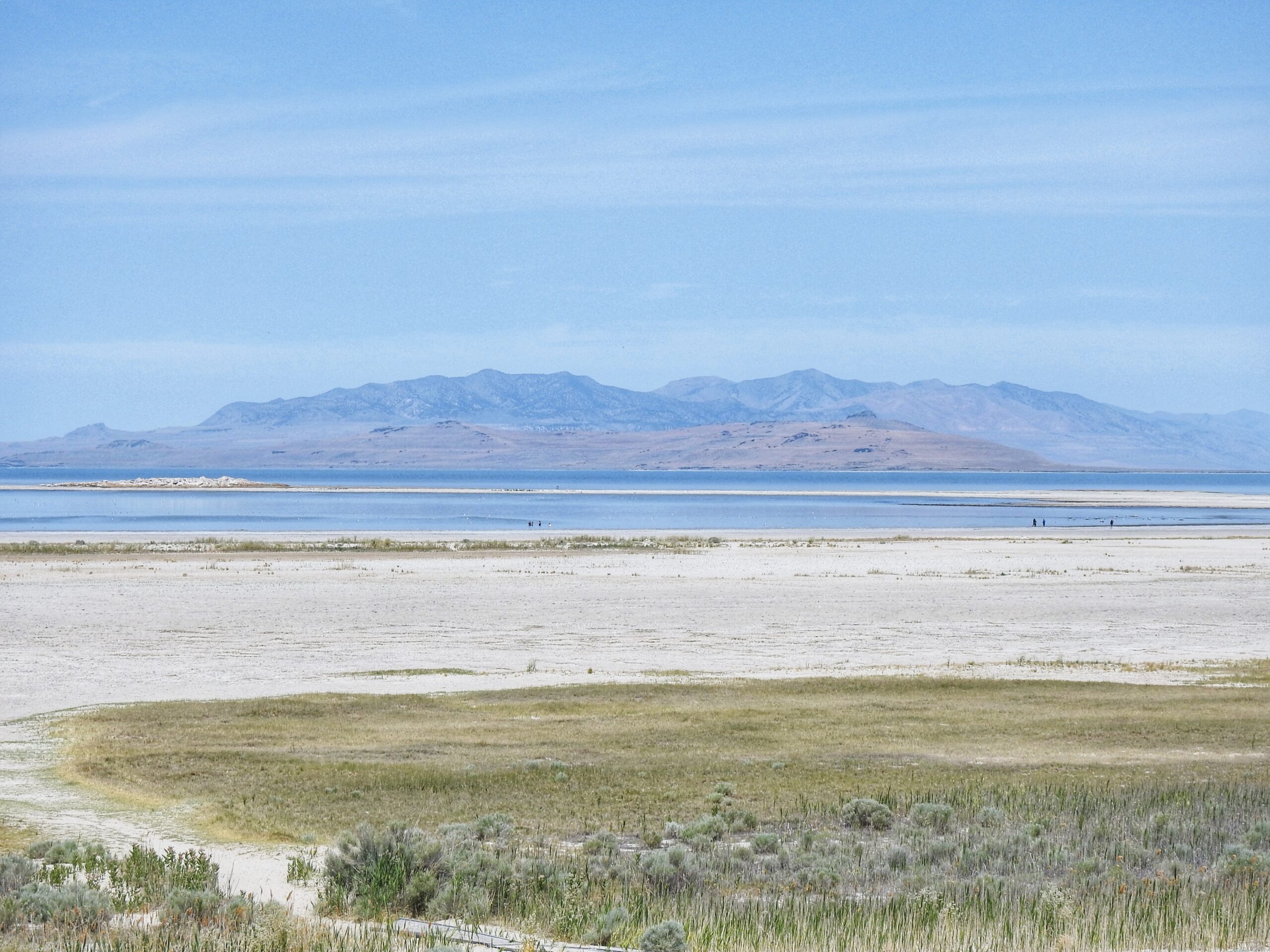 My wife wanted to wade in the lake. It took some doing to find a place where we could get to open water without a long trek across hot sand, but we finally managed. But when we got to the water, the surface was coated black with dead gnats. My wife settled for dipping a single toe into the lake. From this point, I could see thousands of birds swimming and diving. I was surprised to discover they were all Eared Grebes—a species I’ve only seen rarely and in very small numbers. Apparently, this is where they all are.

I knew the Chukars were there, so it was difficult to leave, but we had places to go and things to see.