I’ve long been aware of this park and the history that occurred here, but it was never on my list of go-to places because it was so remote from anywhere I thought I’d ever be. But since we were at Antelope Island, I thought we might as well go up into Idaho since my wife had never been in that state and there was a new bird (the Cassia Crossbill, next post) that I could see. And since the trip to Twin Falls took us within 20 miles of this park, we went.

Considering that the event that happened here could have happened anywhere and that there’s really not much to see or do, it was surprisingly enjoyable.

There’s a visitor center with maybe 10-minutes worth of displays, a movie that almost put me to sleep, and two trains parked on a stretch of track. And a lot of prairie.

We looked at the displays, watched the movie, then waited around for 20 minutes or so to see one of the trains put away for the night. I wandered around and took photos. 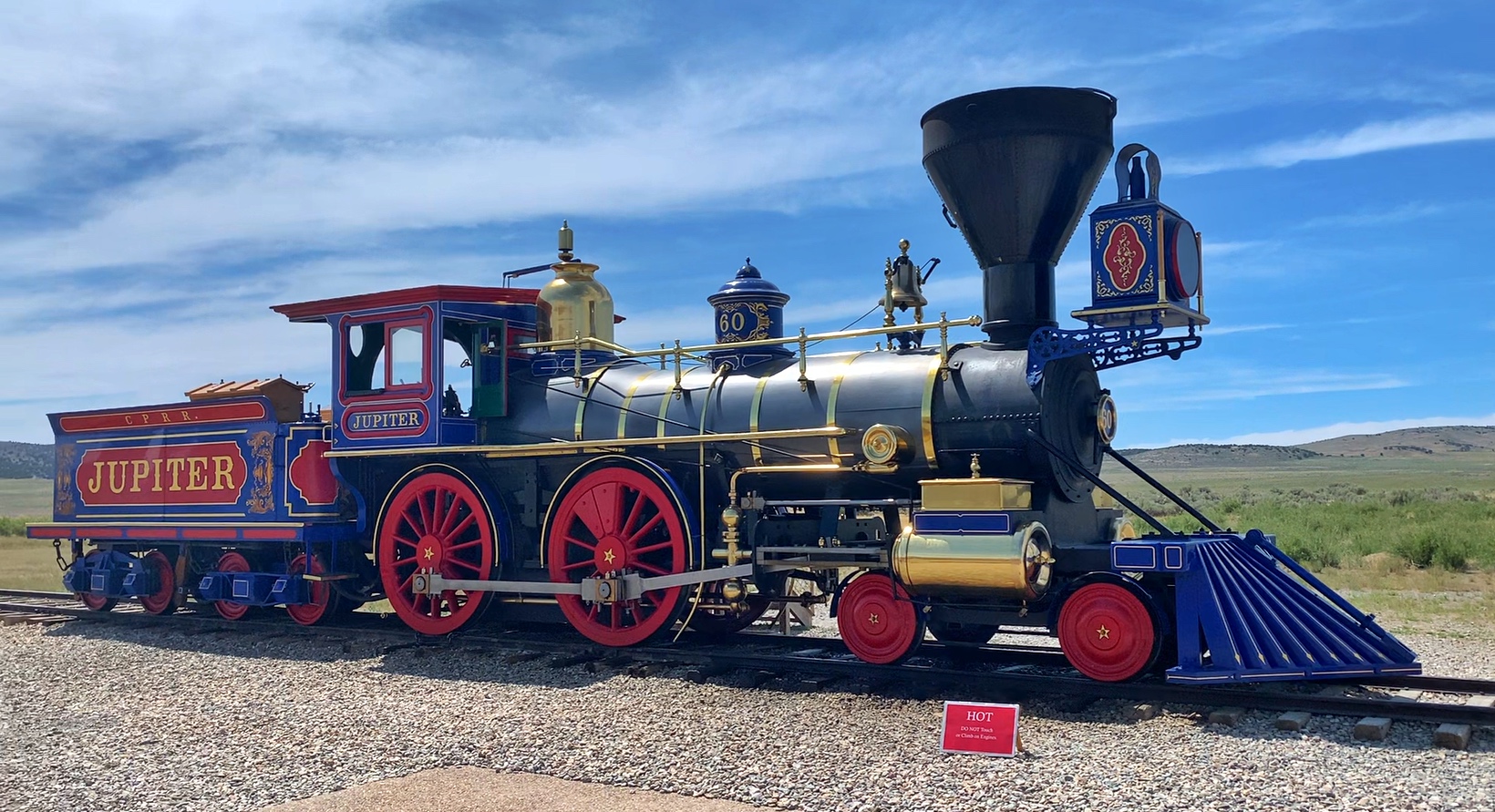 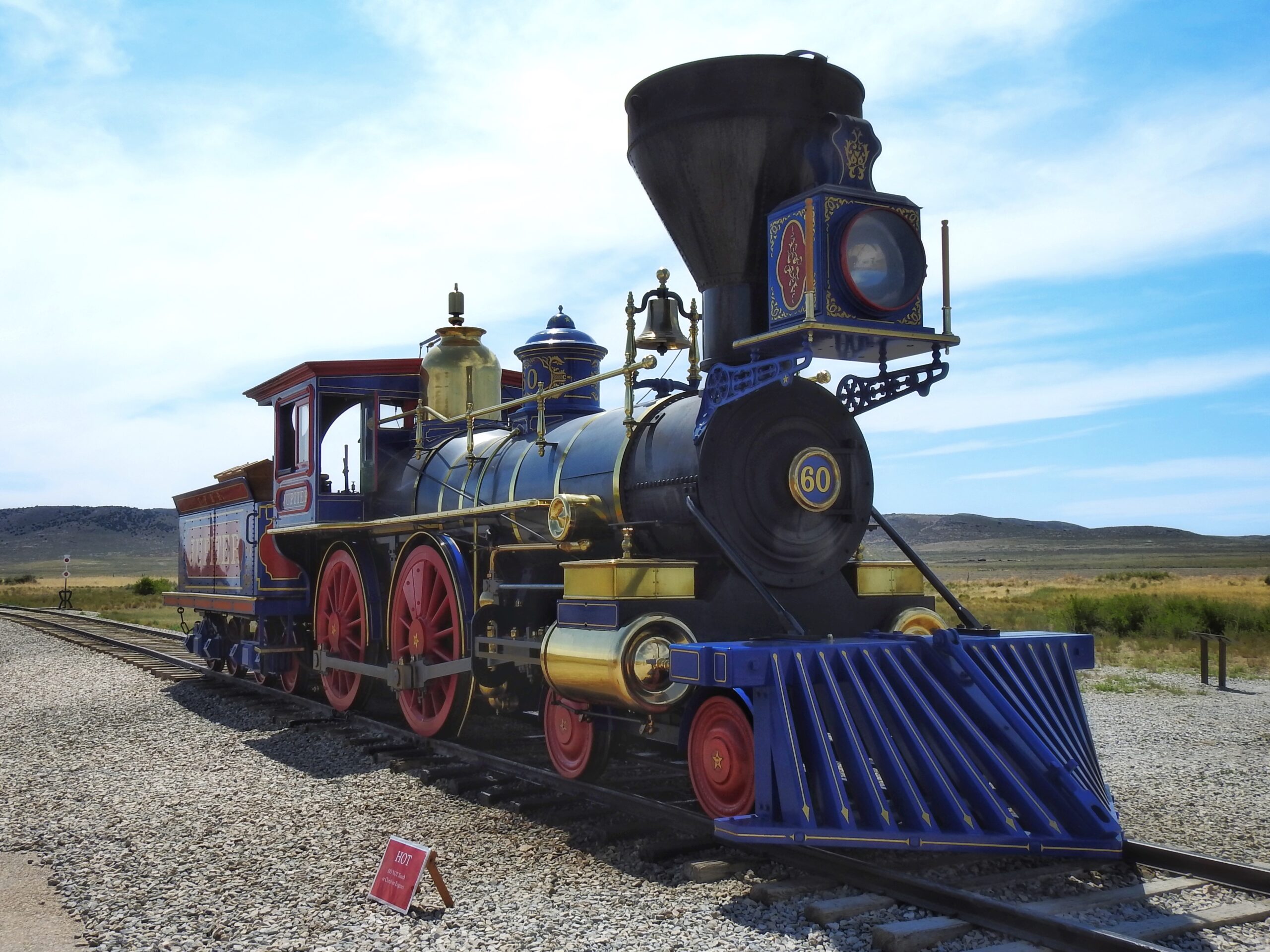 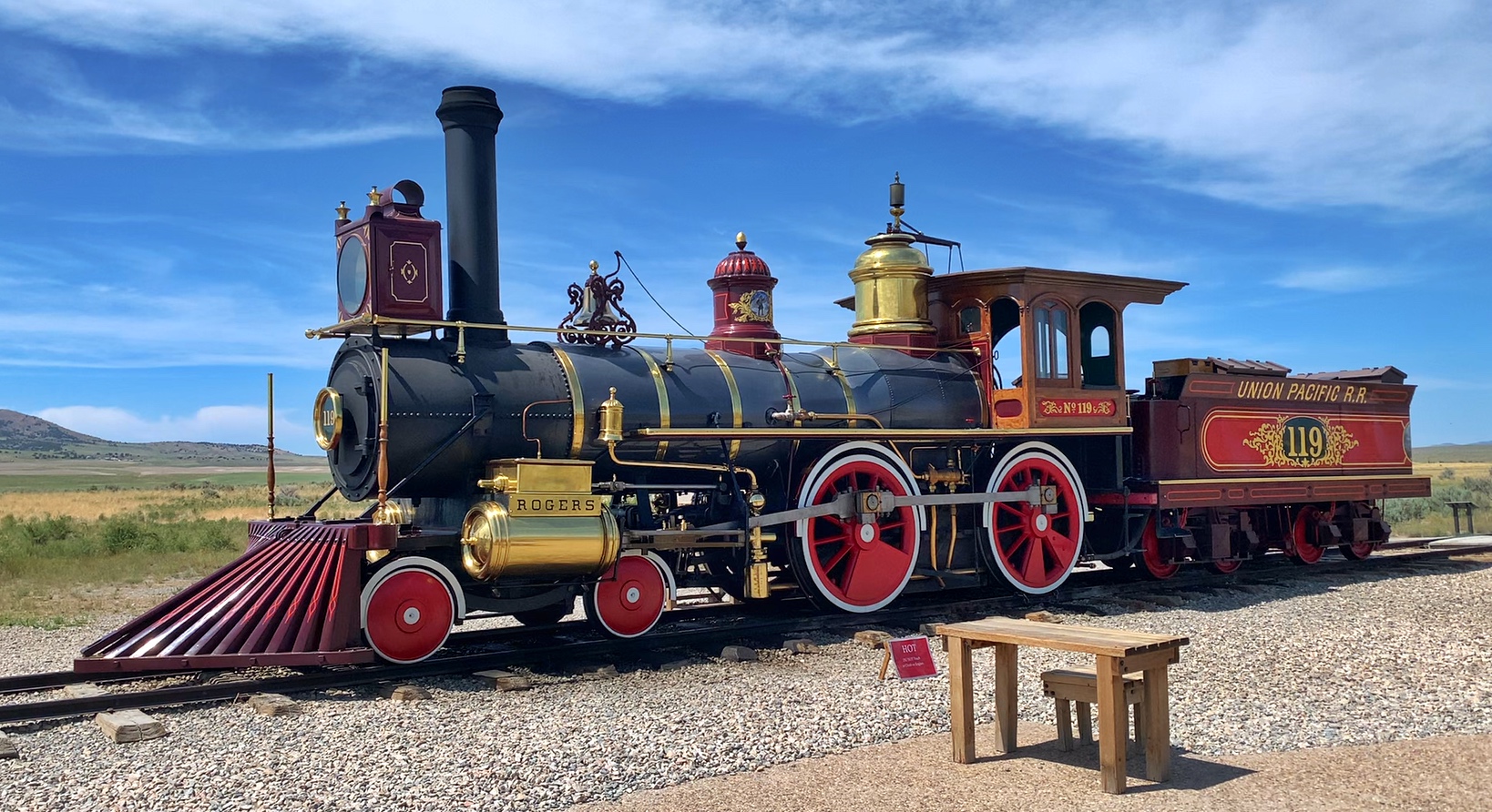 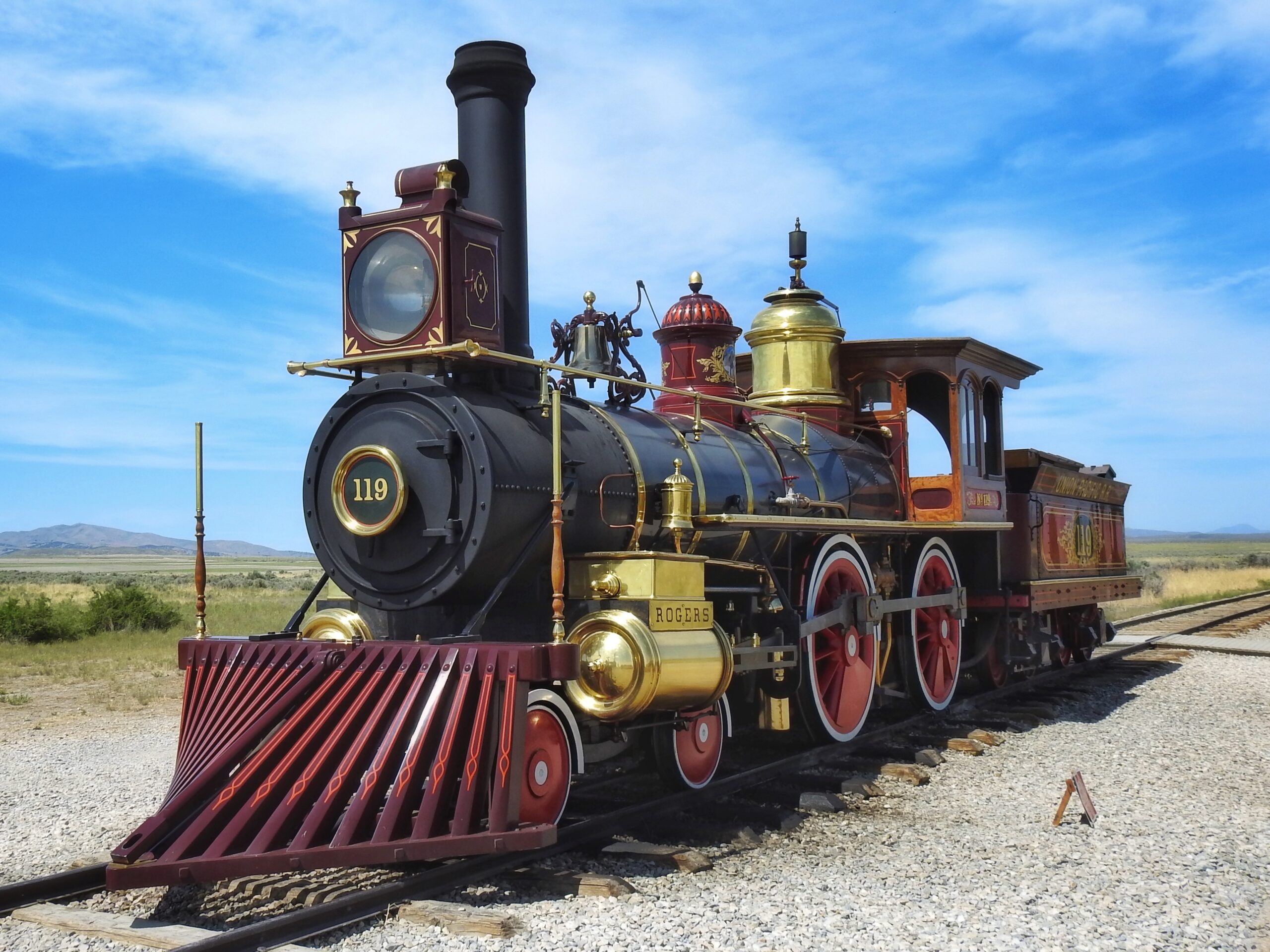 The exact meeting point wasn’t agreed on ahead of time, and the two railroads actually built parallel grades for 200 miles (because they got paid by the mile of grade). Congress finally determined this to be the place, and on May 10, 1869, the two tracks were joined by the driving of the golden spike. Cross-country travel, that used to take months, now took a week.

Use of this particular stretch of railroad ceased in 1904. In 1942, the last spike was ceremonially “undriven” and the rails were pulled up to use in the war effort. Here’s a piece of the original rail. 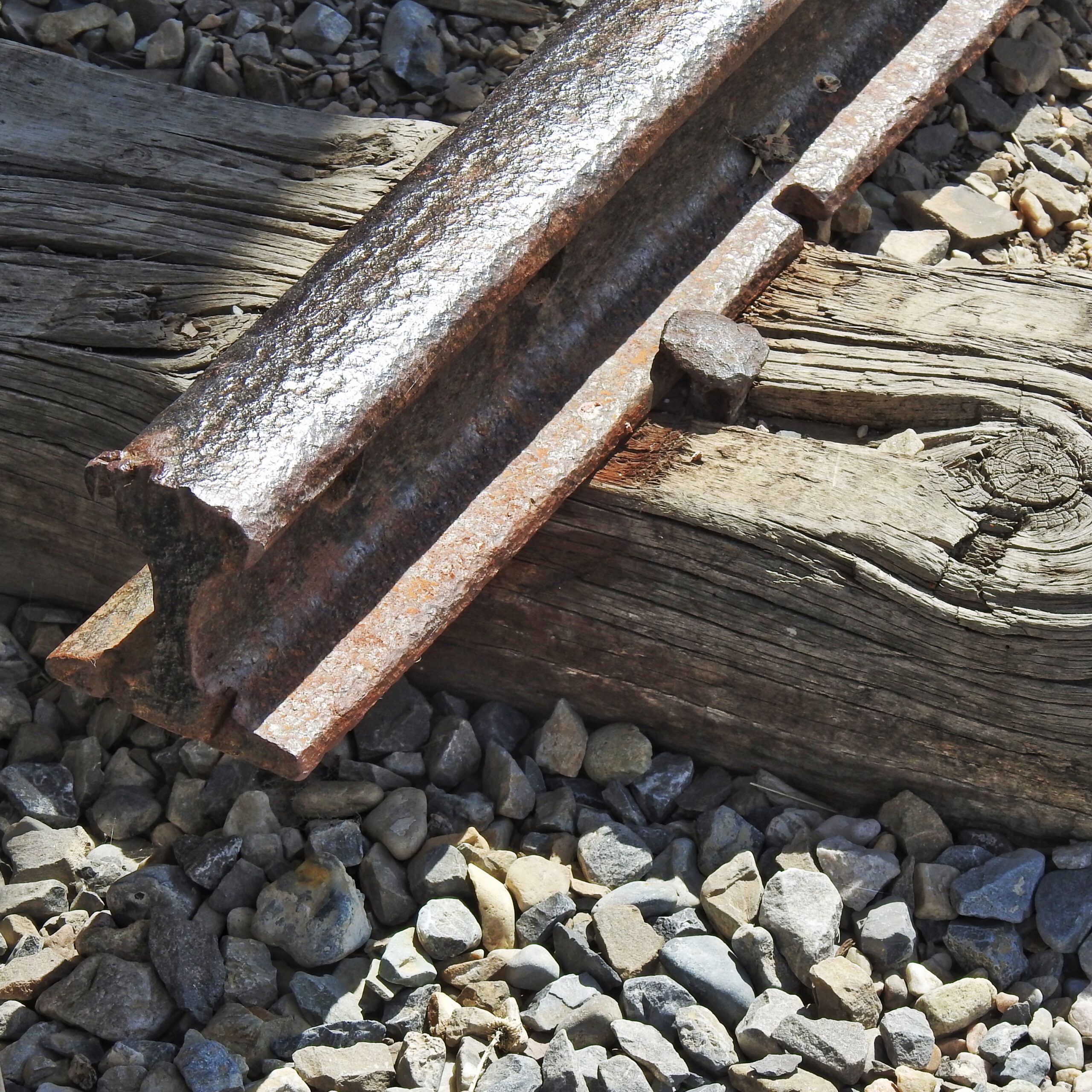 The Central Pacific’s Jupiter and Union Pacific’s No. 119 on display here are fully functional replicas.

When the time came for the ceremonial putting away of the No. 119, a ranger (wrapped in a vest of ice) stood in front of the six or seven visitors and told us everything the video and displays had already said. Then the train backed up about 200 yards to a siding, came forward past where we stood watching, stopped, backed up to the siding again, then headed off to the shed. 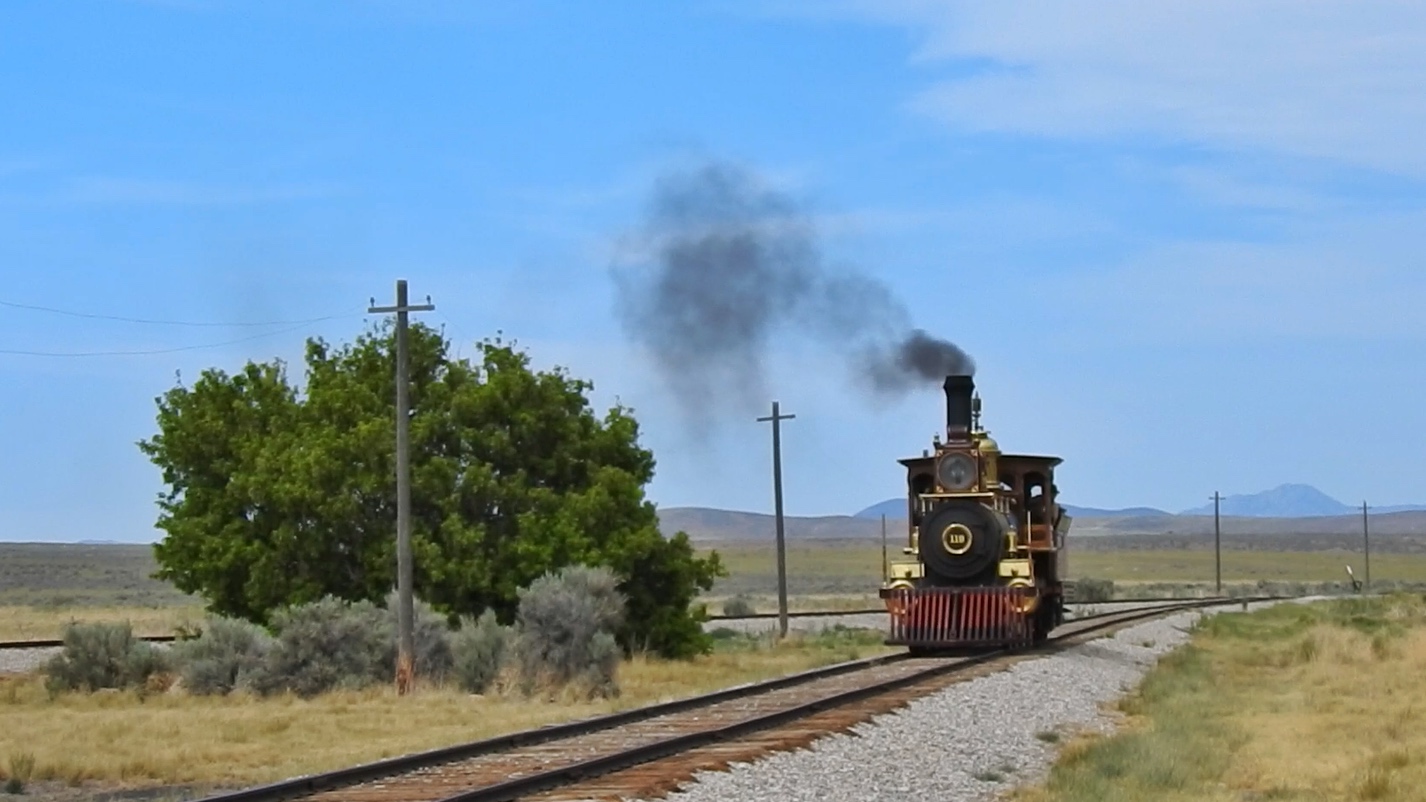 And that was it. We’d driven 20 miles out of our way to get there and stayed about an hour. I can’t tell you why, but I thought it was cool. We left and headed north to Twin Falls.

This entry was posted in National Parks, Transportation. Bookmark the permalink.