We spent the night in Hagerstown, Maryland and drove the 15 miles south to the Antietam battlefield early in the day. The tiny museum was underwhelming. The slide show consisted mostly of slides from other Civil War battles and many of them were repeated.  I fell asleep.

When the others came out, we headed out on the tour route. Our first stop was the Dunker Church where some of the worst fighting took place. The original building blew down in a storm in 1921. This one was built in 1962 using as much of the material from the original as could be saved. 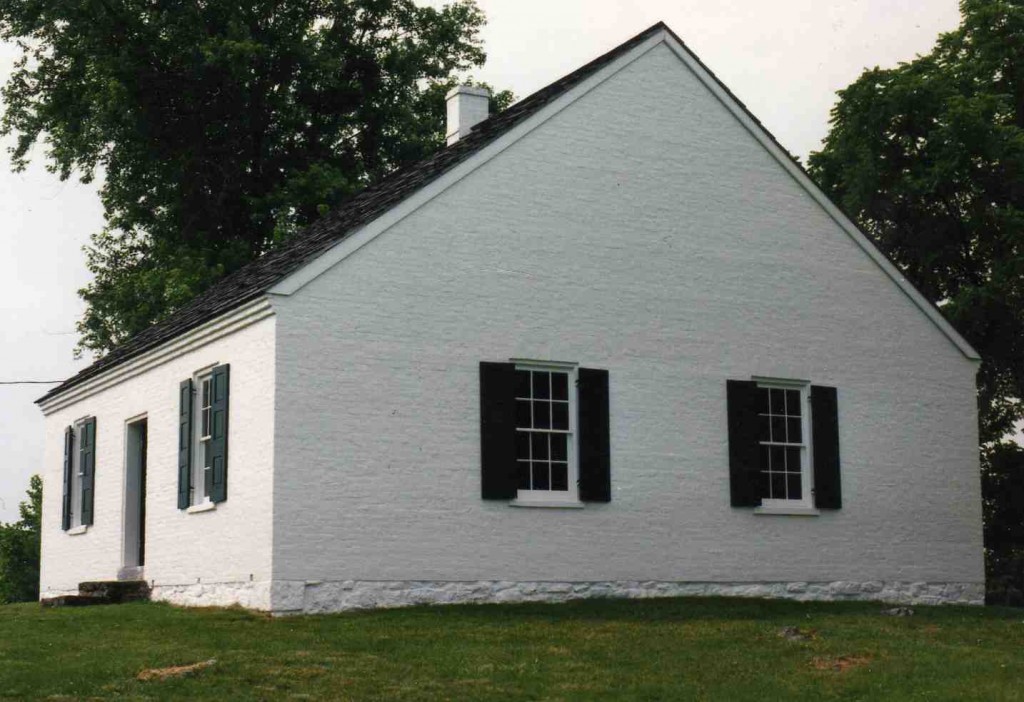 The battlefield, then and now, included a lot of cornfields. I tried to convince my wife that what we were looking at was interesting, but she kept saying, “It’s just a cornfield.” I tried to explain to her that it wasn’t just “a” cornfield — it was THE cornfield, but she wasn’t impressed. 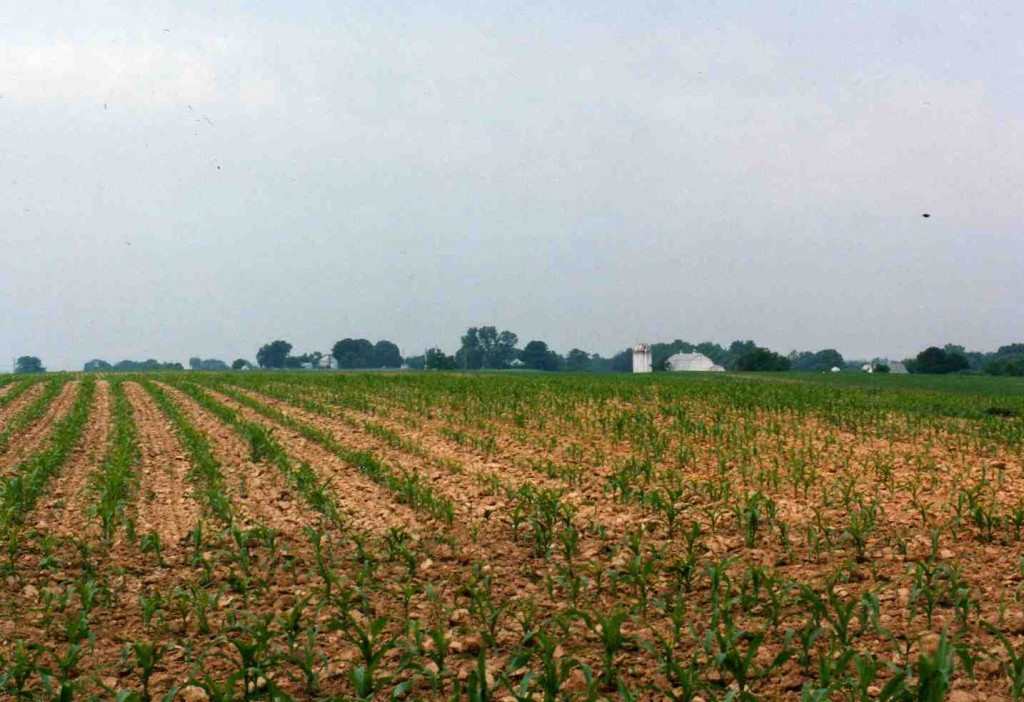 This sunken road came to be known as Bloody Lane after the battle because of the hundreds of Confederate soldiers who died there — so many that a person could walk the length of the lane on the bodies (if a person wanted to). 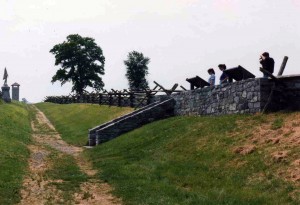 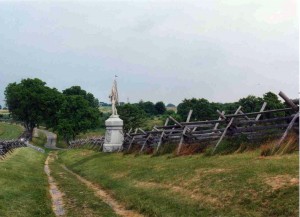 There was a tower that looked down the length of the lane.

We drove to Burnside Bridge, where 400 Confederates held off an entire Union corps for most of the day. We walked down the hill and crossed the bridge. 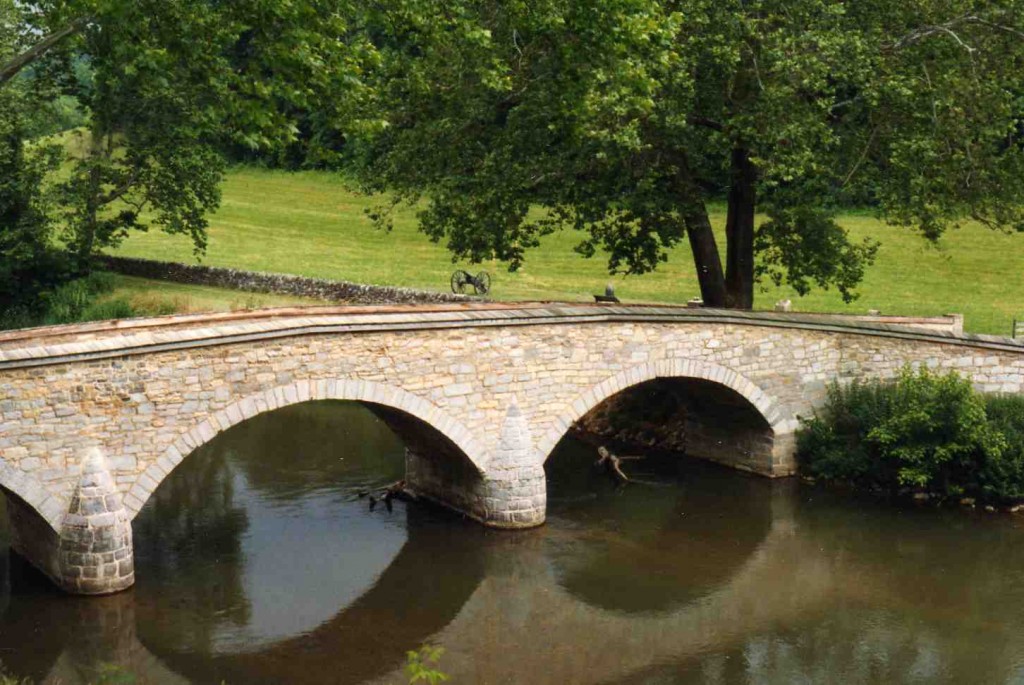 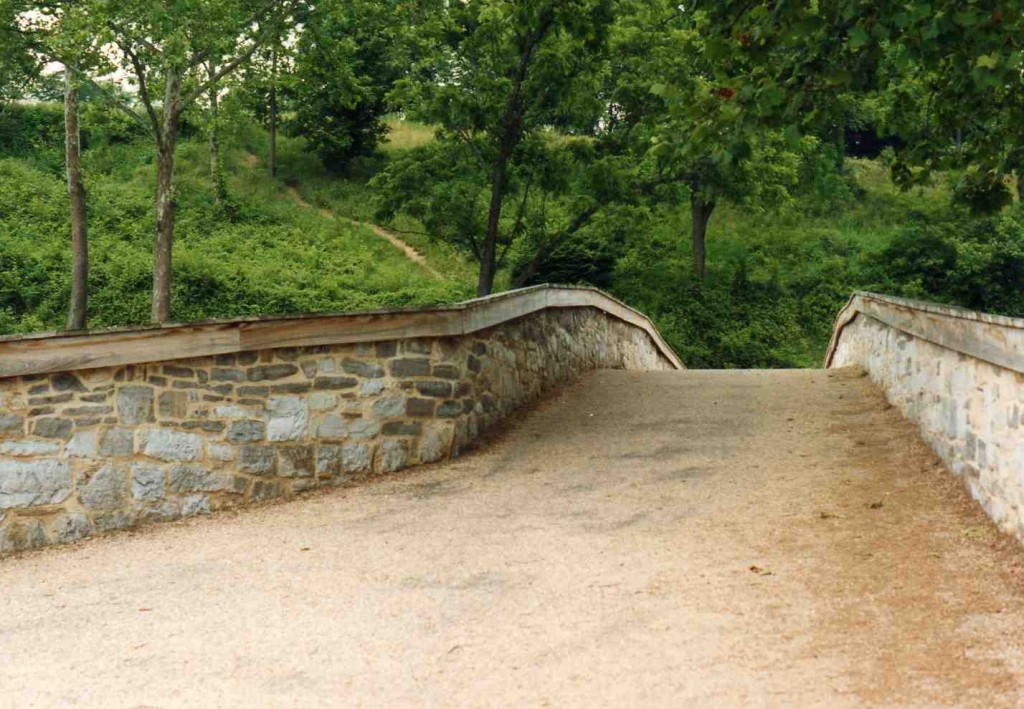 On the slope above the bridge, there was a monument to William McKinley. 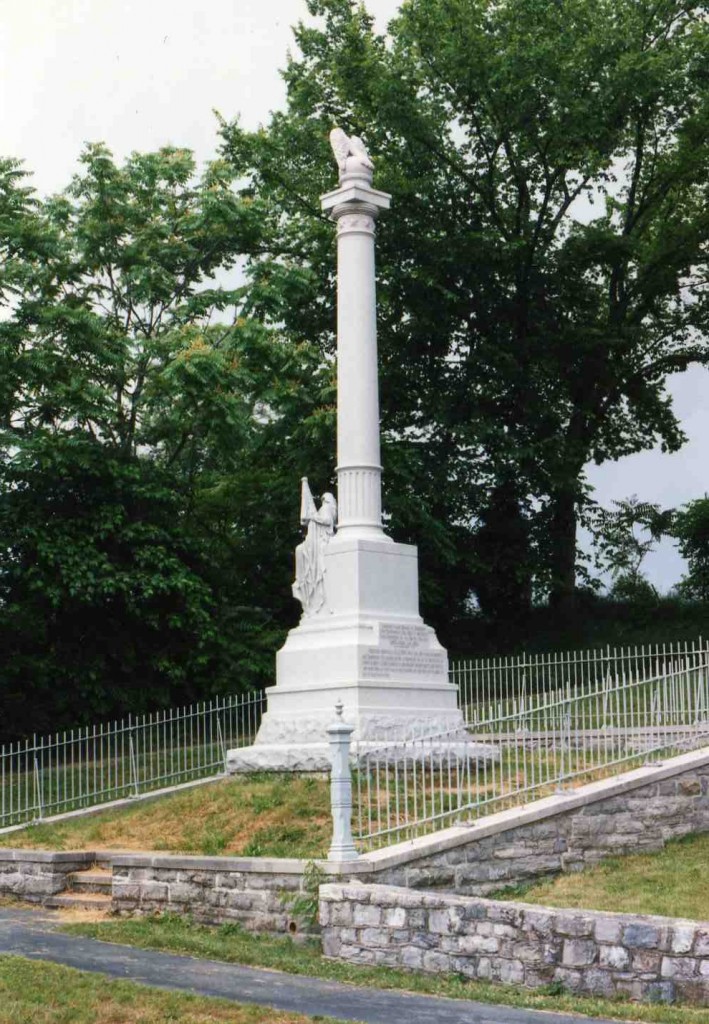 Sergeant McKinley Co. E. 23rd Ohio Vol. Infantry, while in charge of the Commissary Department, on the afternoon of the day of the battle of Antietam, September 17, 1862, personally and without orders served “hot coffee” and “warm food” to every man in the Regiment, on this spot and in doing so had to pass under fire.

We made one last stop, an overlook above the area where the battle ended. The two houses in this photo were there during the war. 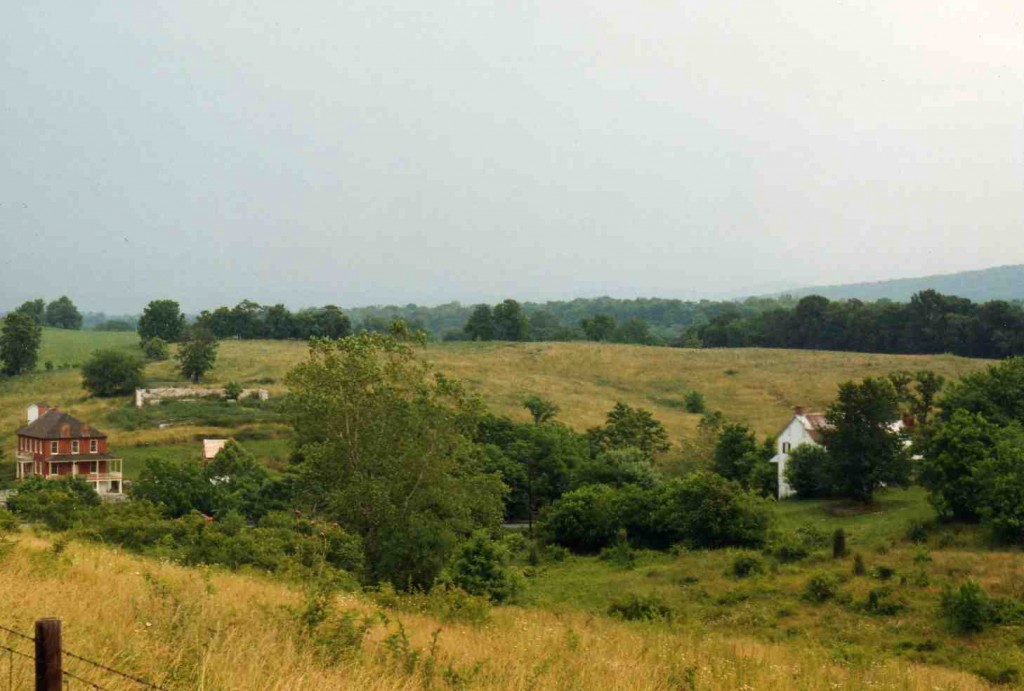