Back to Chico Basin

Weird day. It snowed last night, and the forecast for today was rain and snow. I initially considered going to Cañon City, but then I saw online that a birder predicted a fallout in the Rocky Ford/La Junta area based on the weather pattern. I didn’t want to go that far, but I decided to head in that general direction—as the crow flies, Chico Basin Ranch is about halfway between my house and Rocky Ford.

It was misting when I arrived, and the road was muddy and slick. I made it to headquarters to discover I was the first birder there. In fact, for as long as I was there (until 2:30 or so), I was the only birder there. My feet got wet immediately and stayed that way all day. The drizzle was on/off, but never so heavy that it made birding miserable apart from frozen hands.

One of the first birds I spotted was my third-ever Black-throated Gray Warbler. 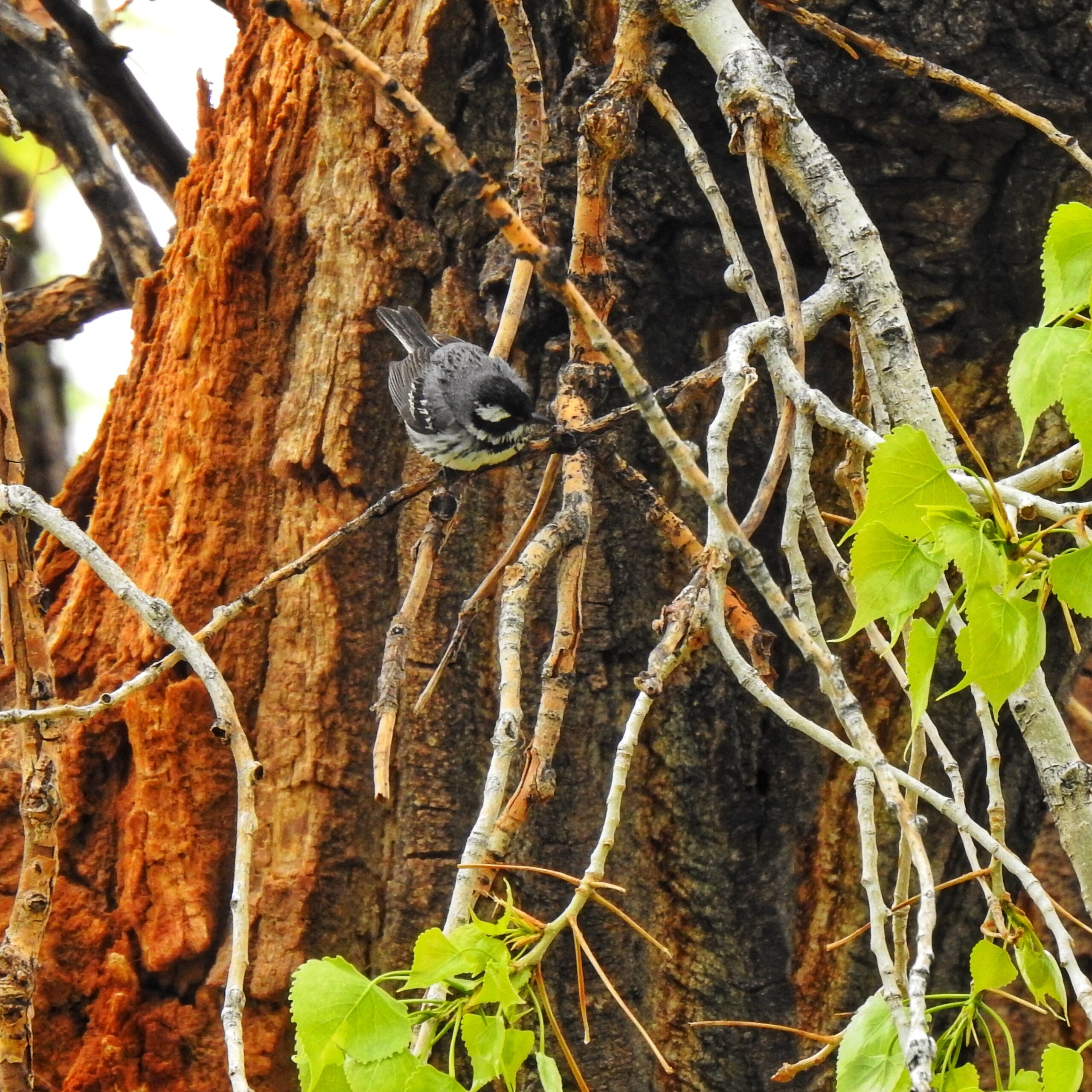 Soon after, I saw my first Colorado Northern Waterthrush. With two warblers in the bag early, I thought the day was shaping up nicely but I only saw Yellow, Audubon’s, and Common Yellowthroat after that. 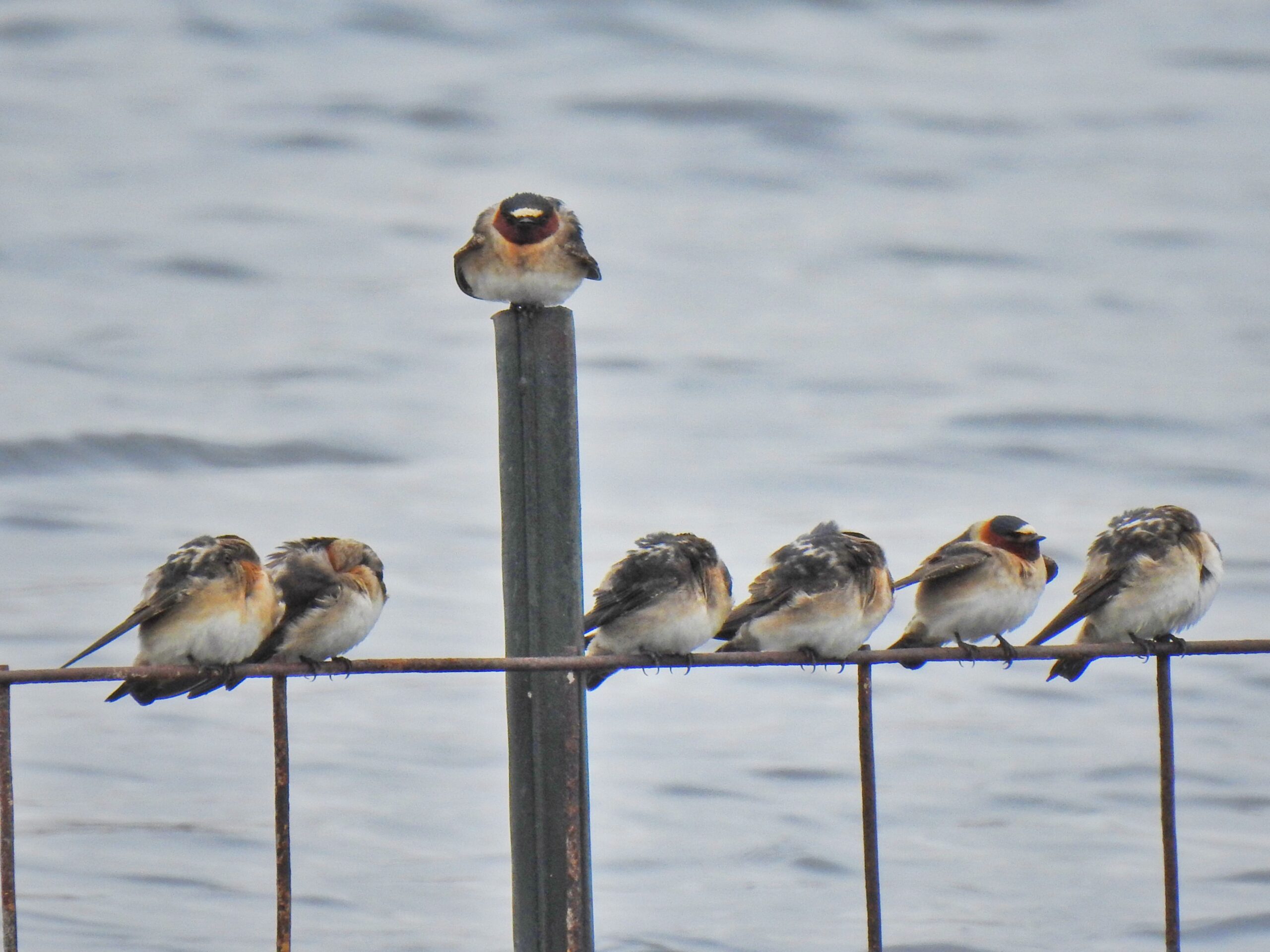 A flock of 15 Marbled Godwits flew over the pond and landed on the far side near a couple Willets. 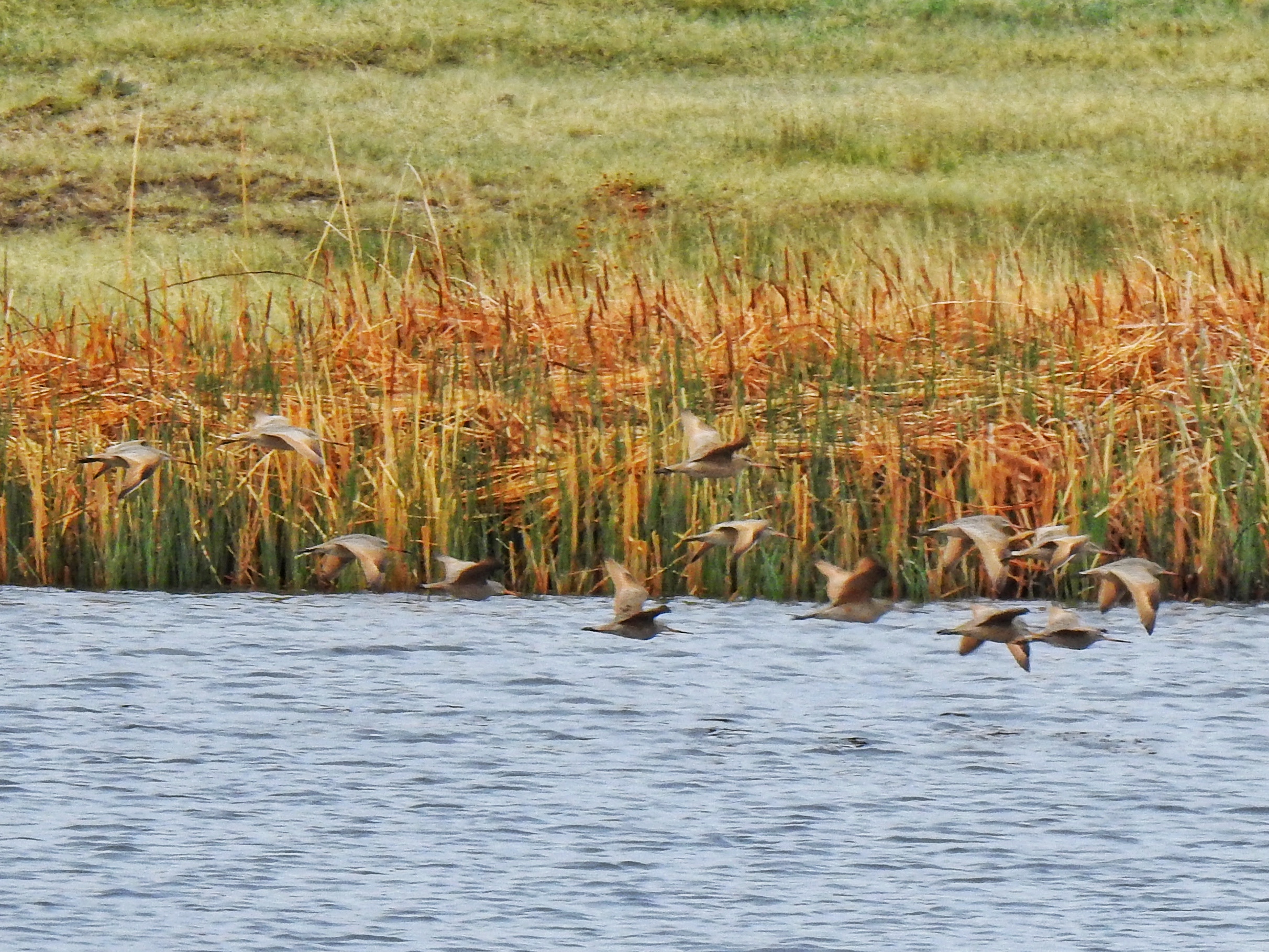 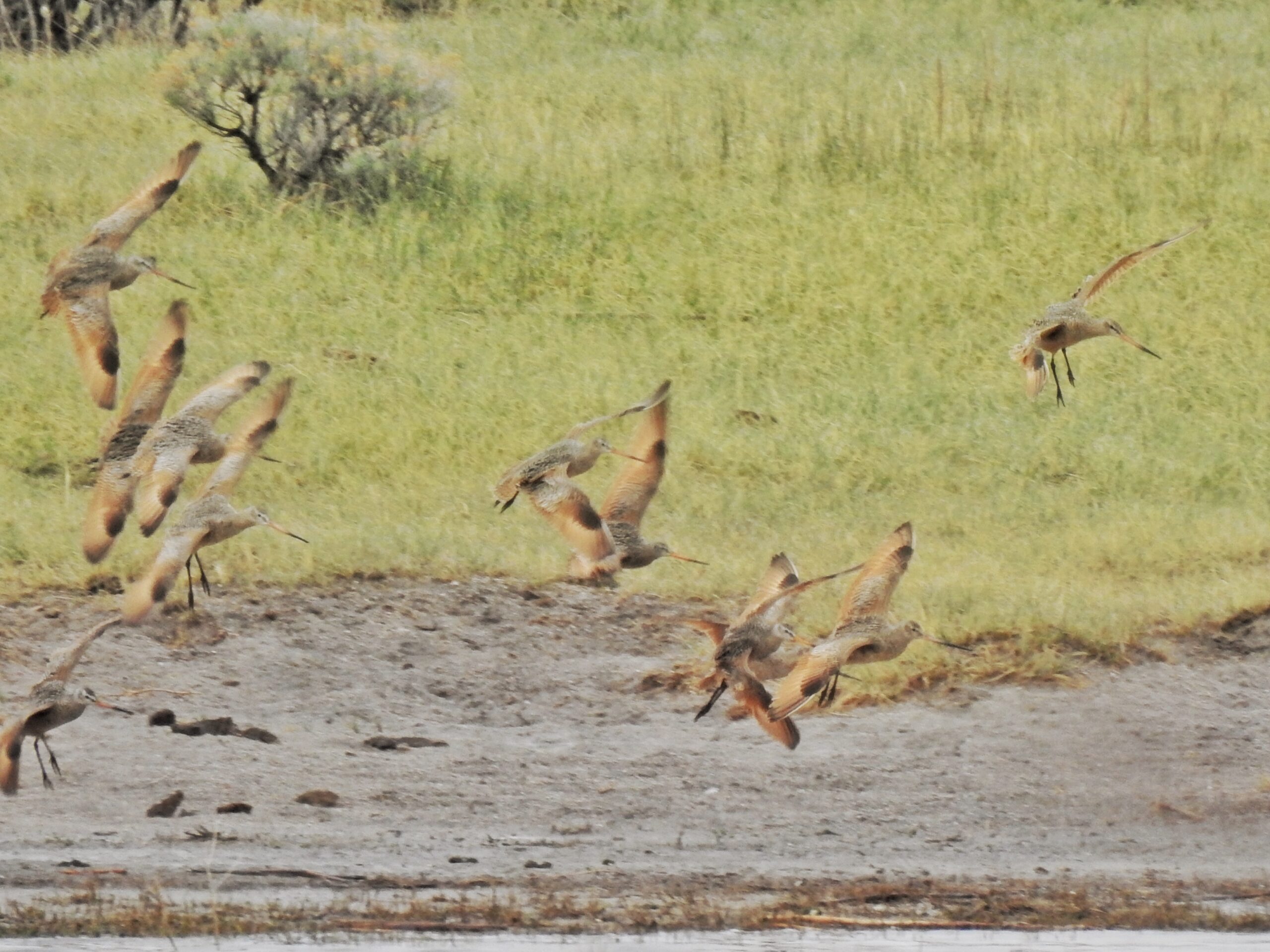 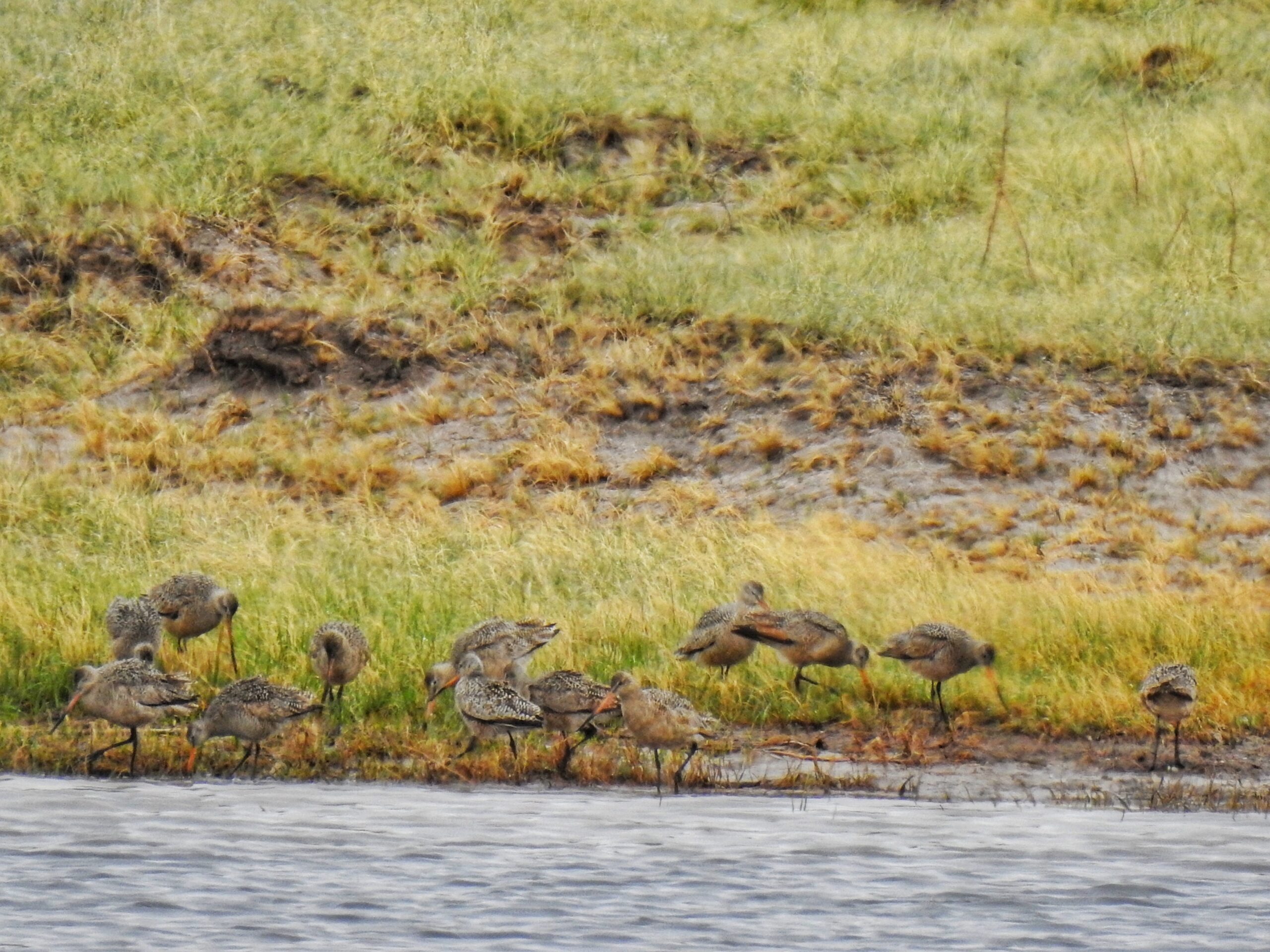 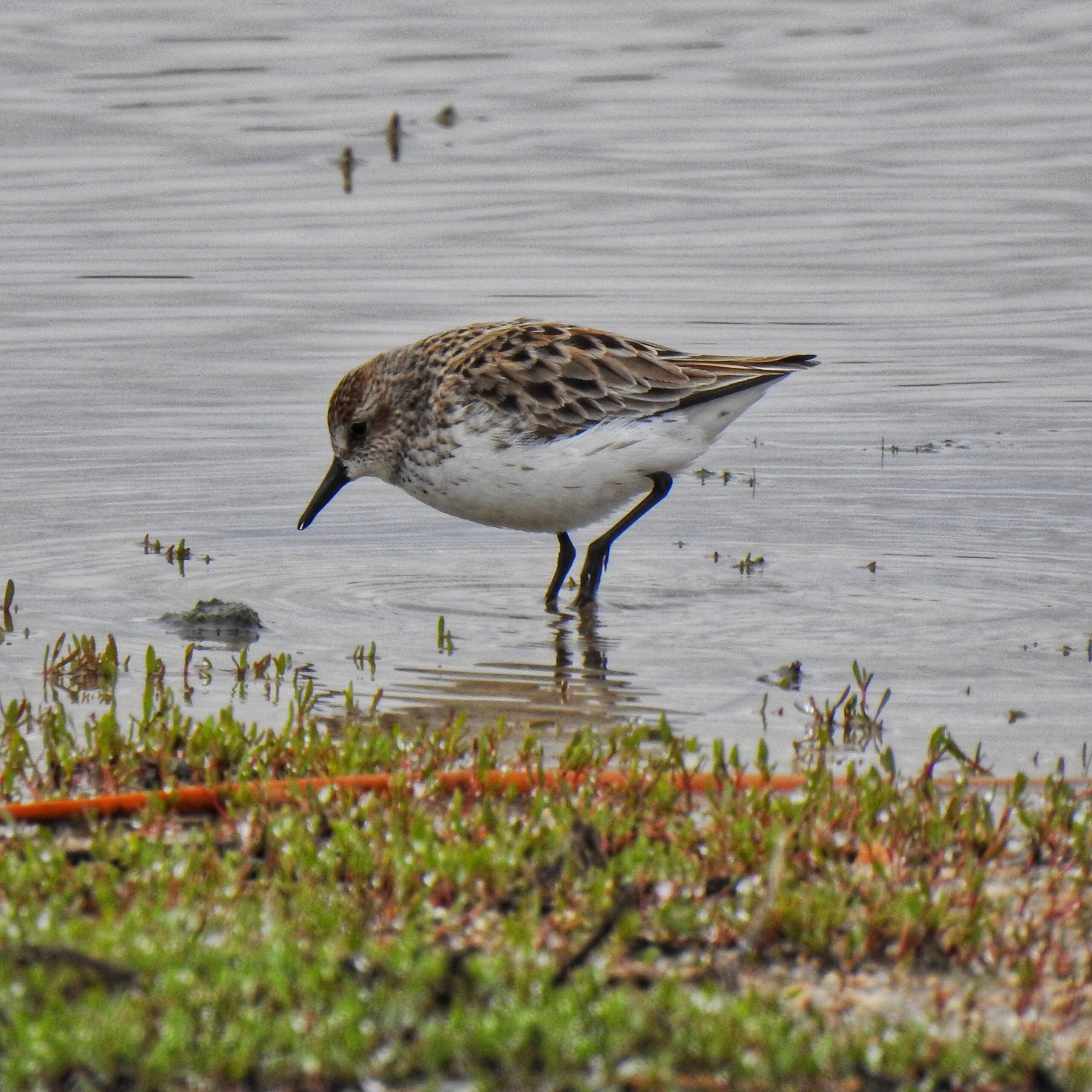 I tried to drive to Rose Pond, but I hadn’t gone far before I found myself at a standstill. The muddy road at this point was bottomless. For the next five minutes or so, I was basically stuck. At times, I really didn’t think I was going to make it out. I rocked my car back and forth and finally got my wheels off the road into the prairie. I was still facing the way I had been going, and when I tried to pull back on the road and turn around, I got stuck again. Another five minutes of back and forth and I finally got my wheels in the grass and drove back to Headquarters Pond through the prairie along the road. 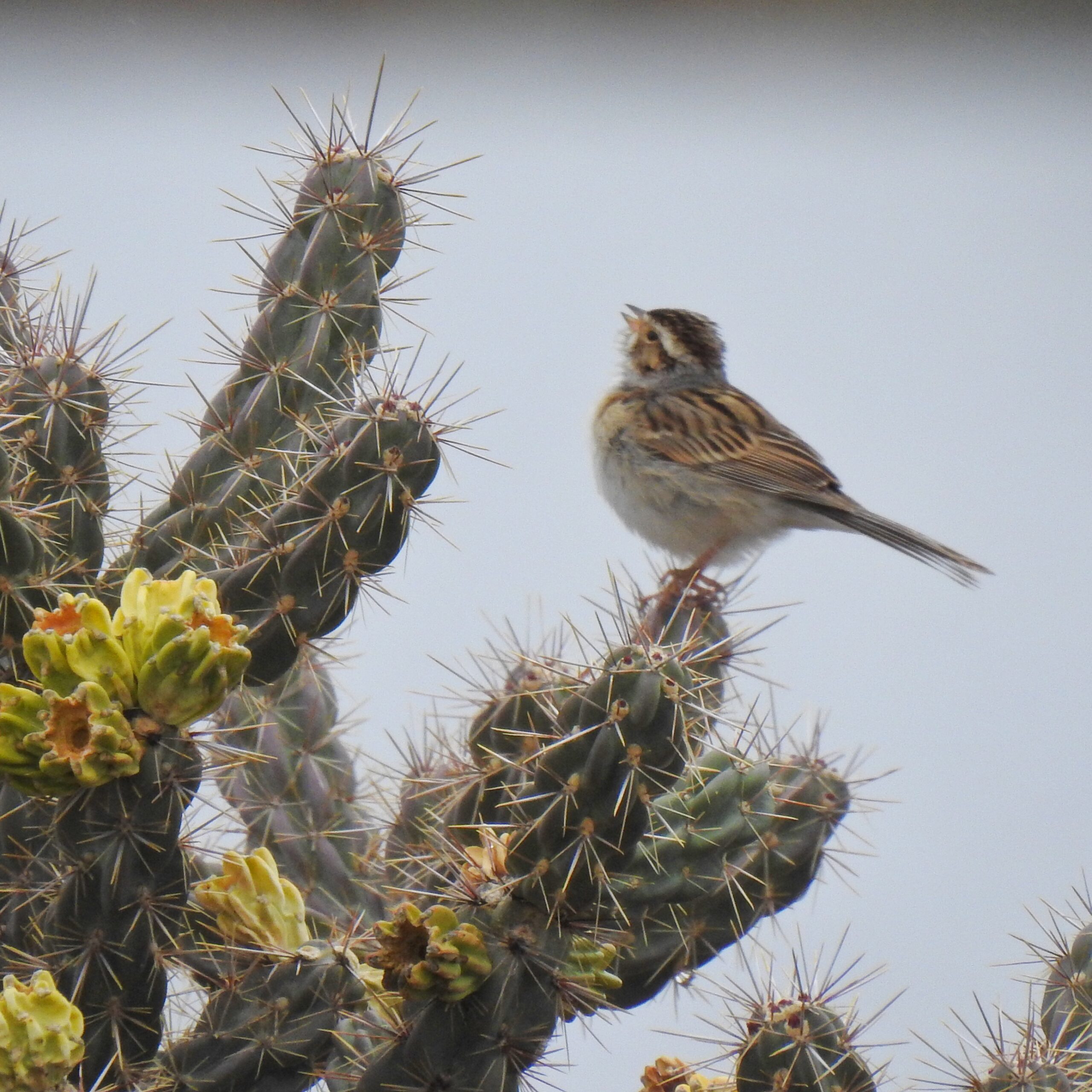 I walked to Rose Pond. There wasn’t a lot going on. I did find a young Indigo Bunting feeding around the sage not far from the pond. 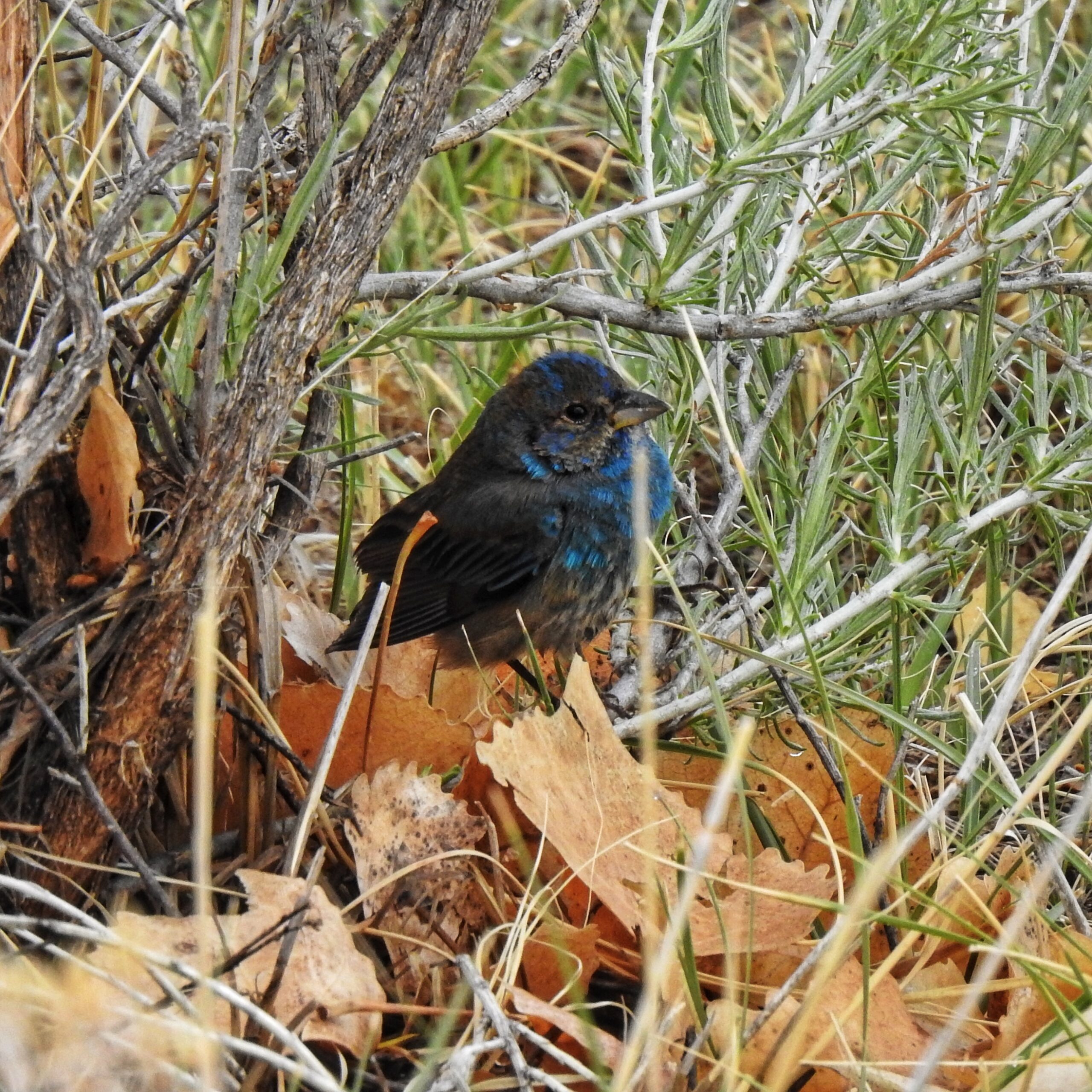 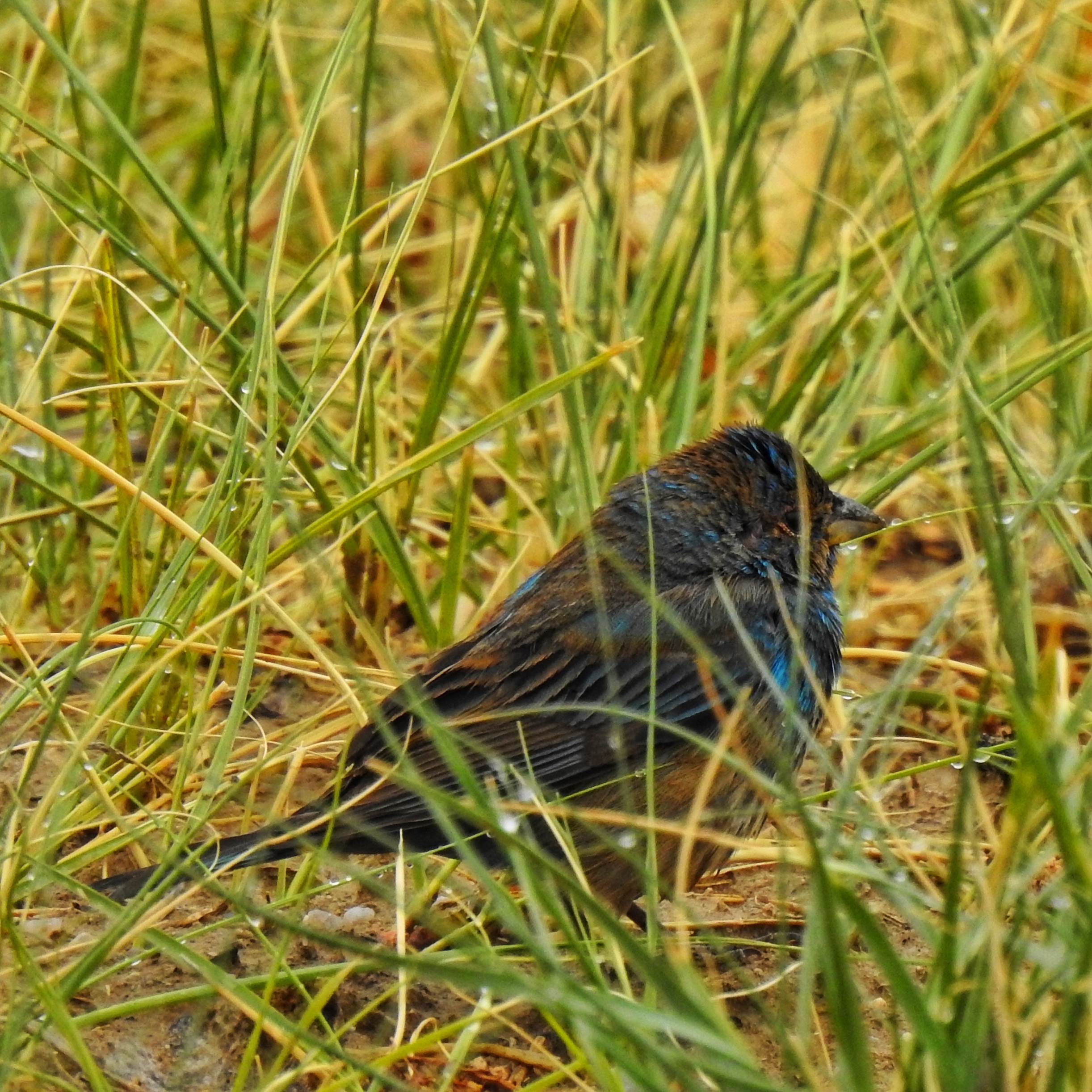 As I walked along the muddy path by the shore, a bird flashed by going faster than I could follow. So fast, in fact, that it could only be a falcon. It circled and landed in a tree not far away, allowing me to identify it as a Peregrine Falcon. 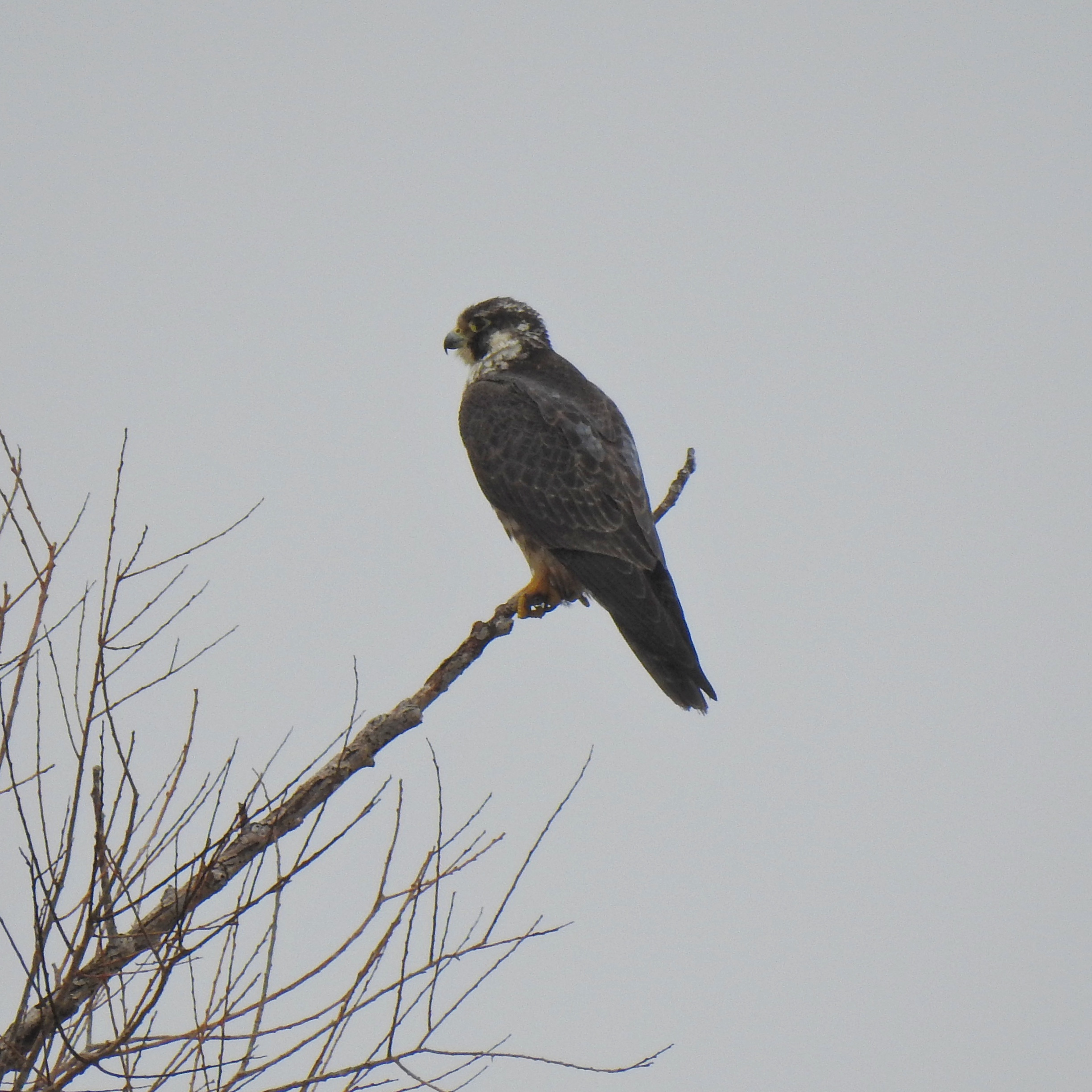 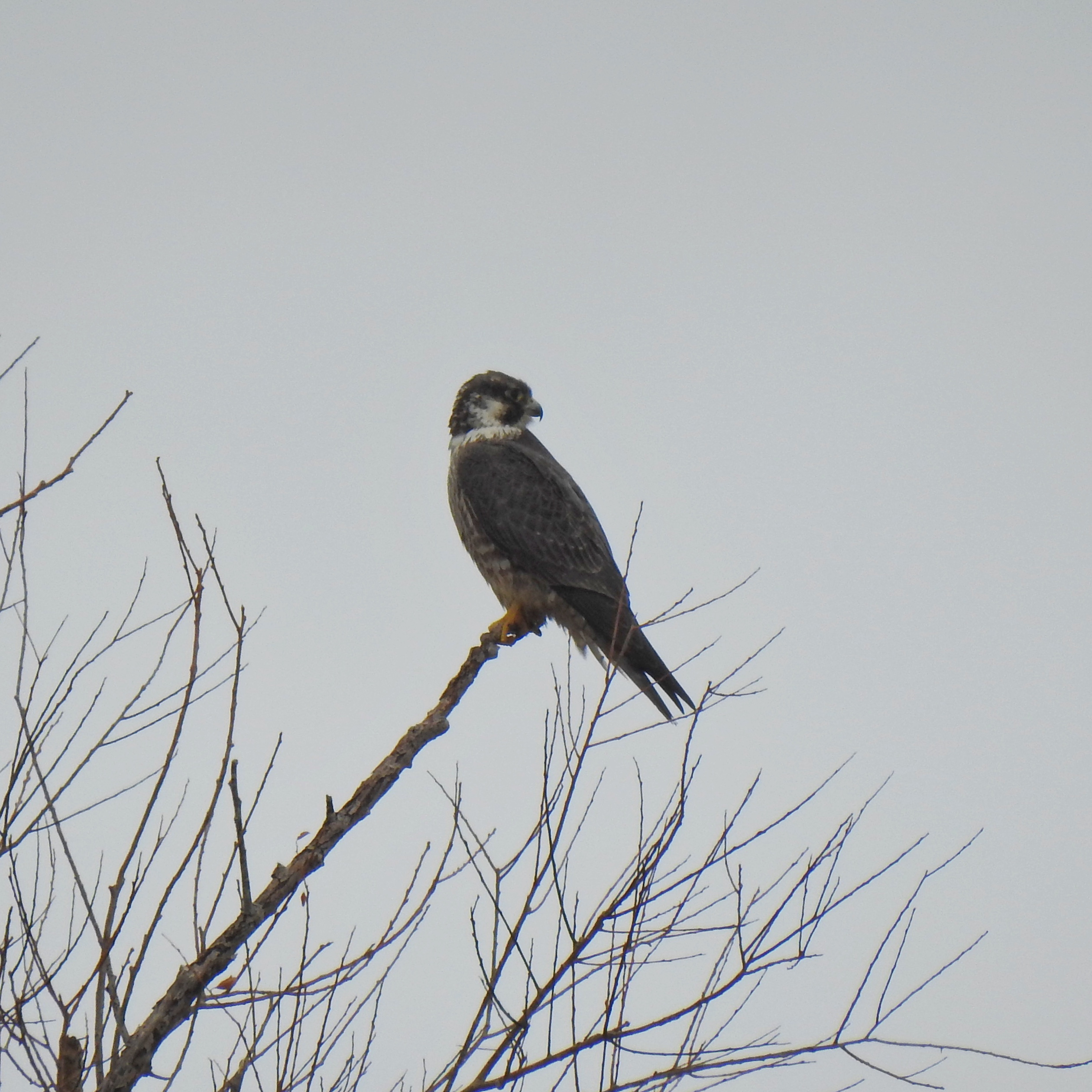 It flew off after maybe 5 minutes. I saw it later as I walked back toward Headquarters Pond. It was flashing low over the prairie back toward Rose Pond.

On my way to the banding station, I spotted two Black-tailed Jackrabbits chasing through the cholla. One took off running. The other froze. 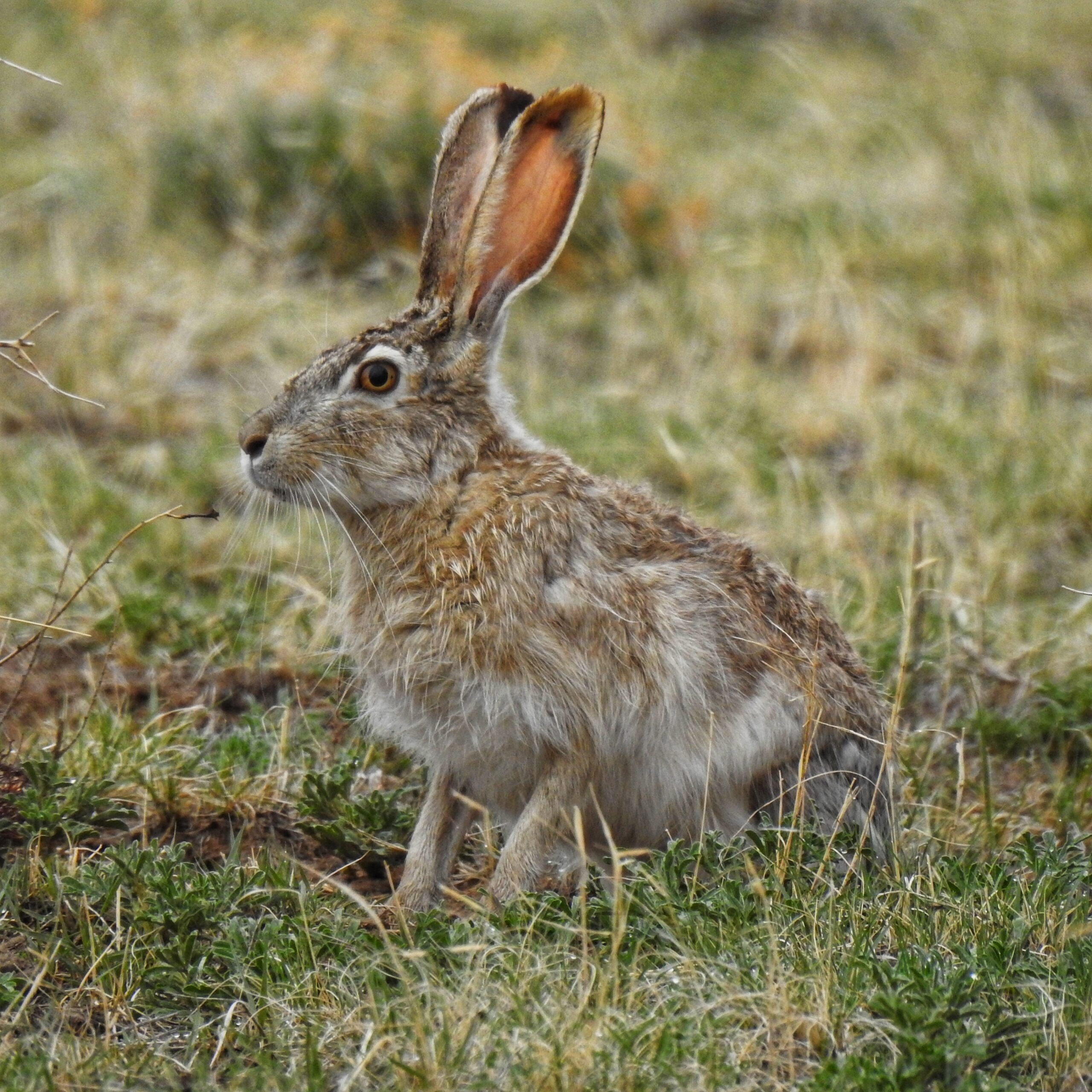 I stopped at Fountain Creek to walk a couple miles in the continuing drizzle to get in my walking for the day. I ended up with 84 species, one of my best days in Colorado, if not my best. Nine of them were new for the year, one new for the state. 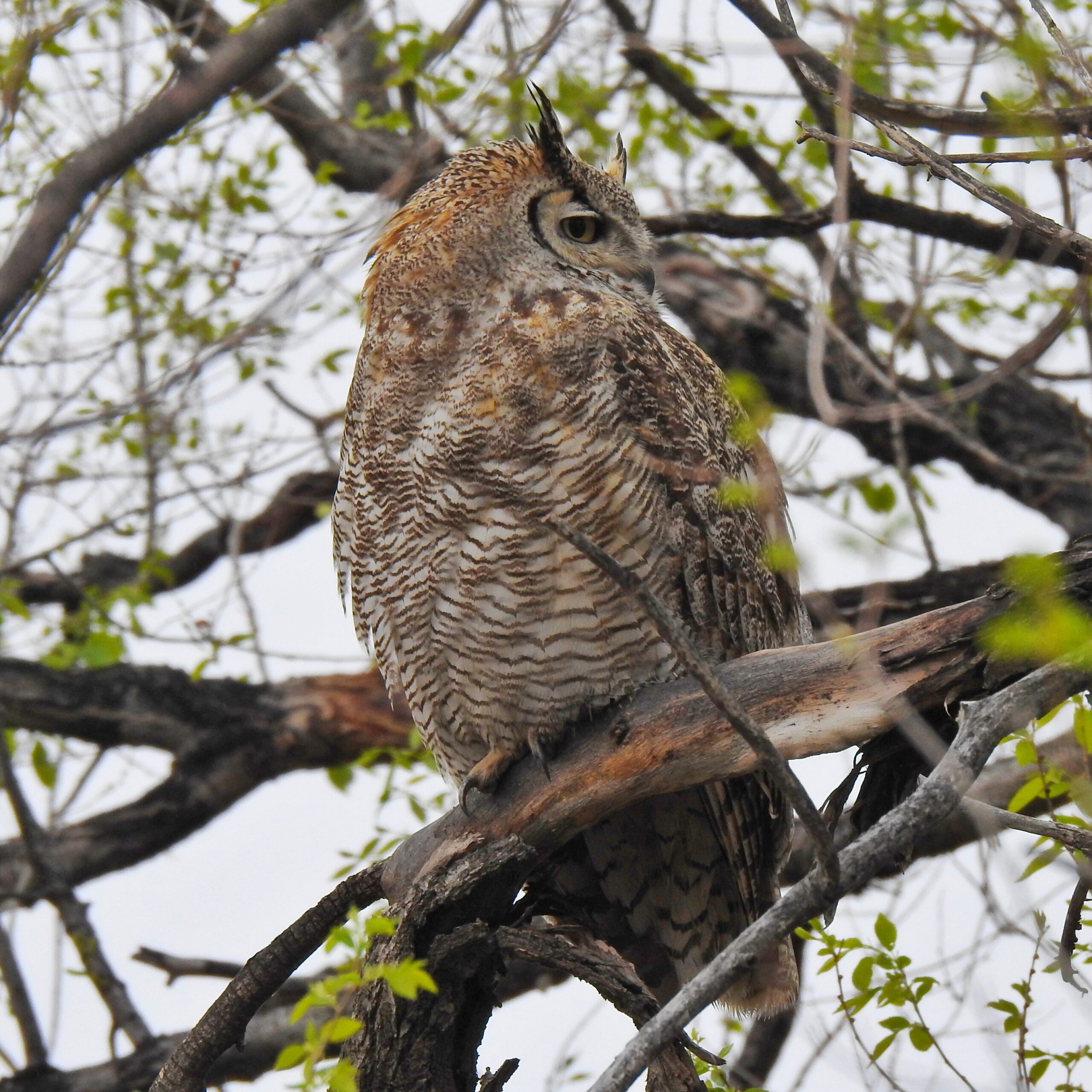