Chico Basin Ranch is a working cattle ranch that straddles the border between El Paso and Pueblo Counties. That’s out in the cholla flats, but a series of ponds along a small creek—and the cottonwoods growing around them—make it a great migrant trap. I’ve known about the ranch almost as long as I’ve lived in Colorado, but I’d never gone because (1) there’s a $15 fee, and (2) skepticism about how good it could be.

But during a fairly slow first week of birding in May, I decided to give it a try. I spent 6 or 7 hours. I saw 55 birds, including 8 new for the year—2 new for El Paso County, and 9 new for Pueblo County. 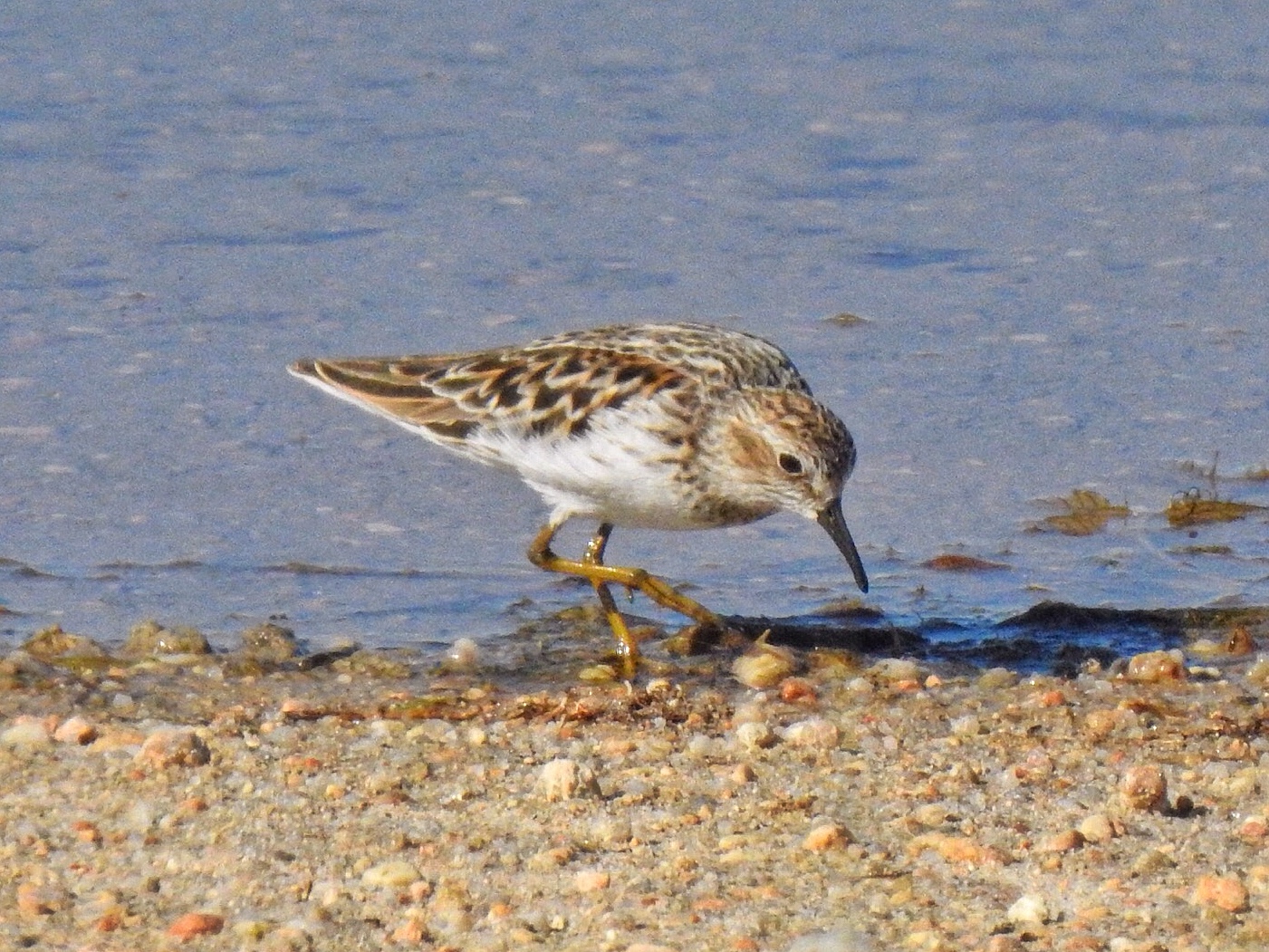 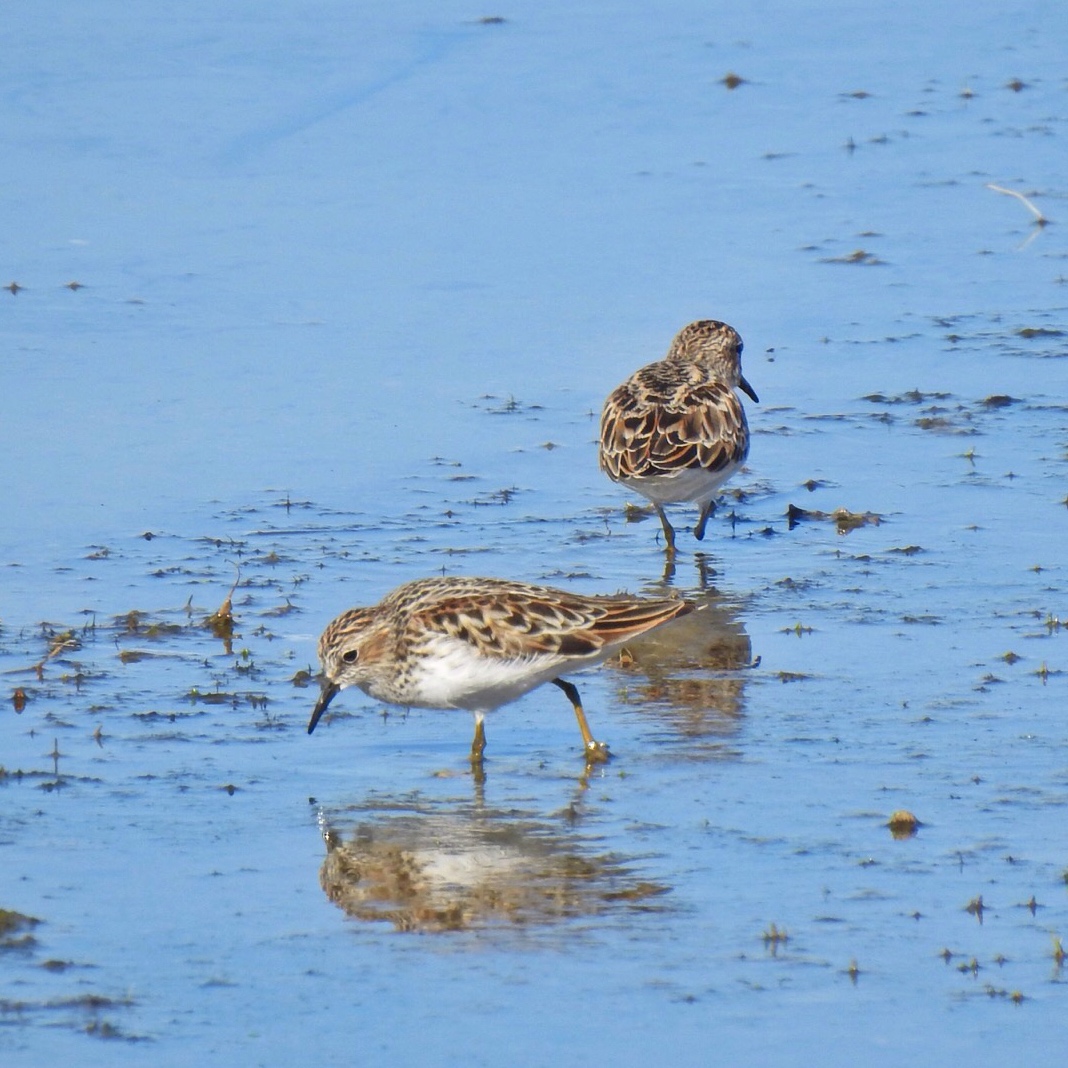 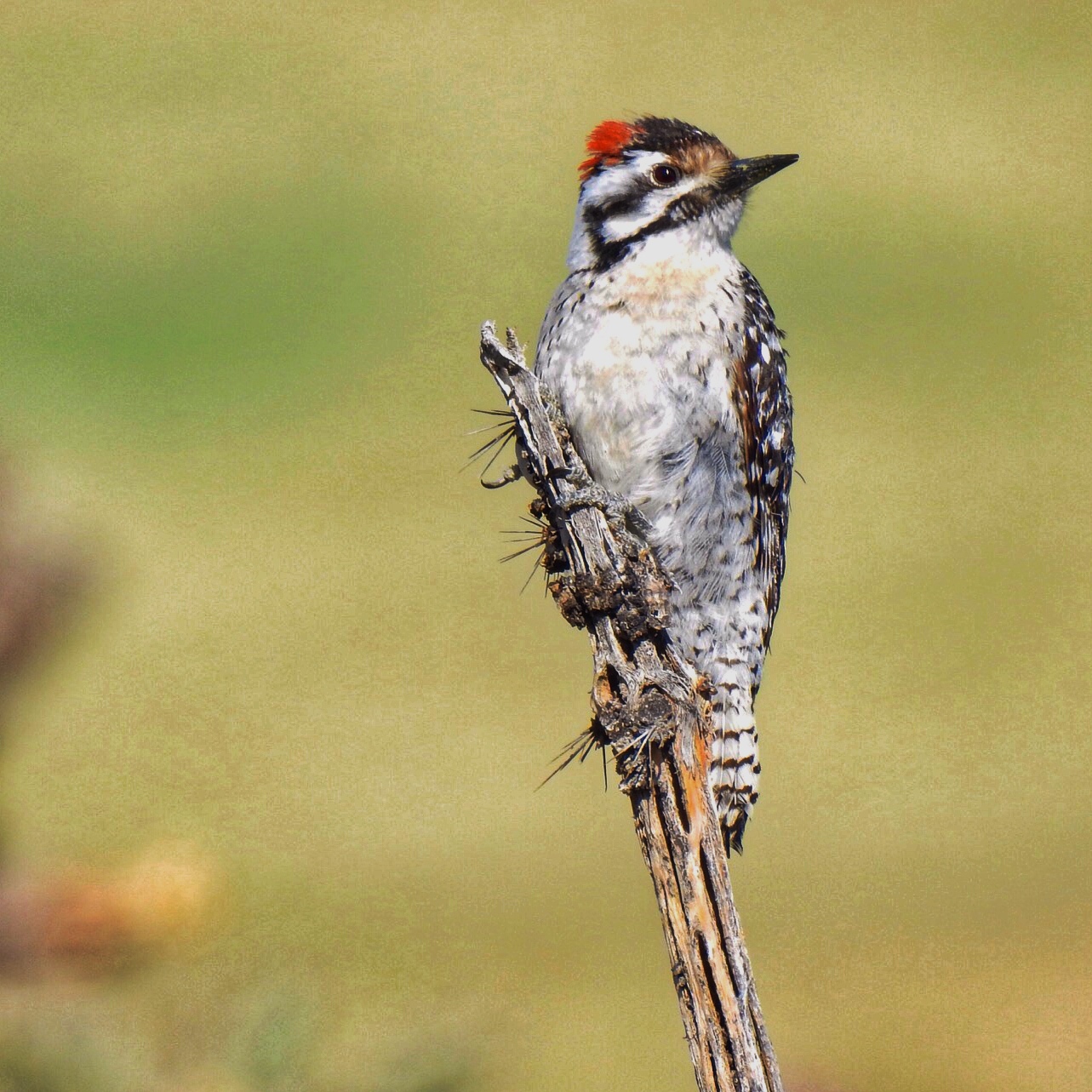 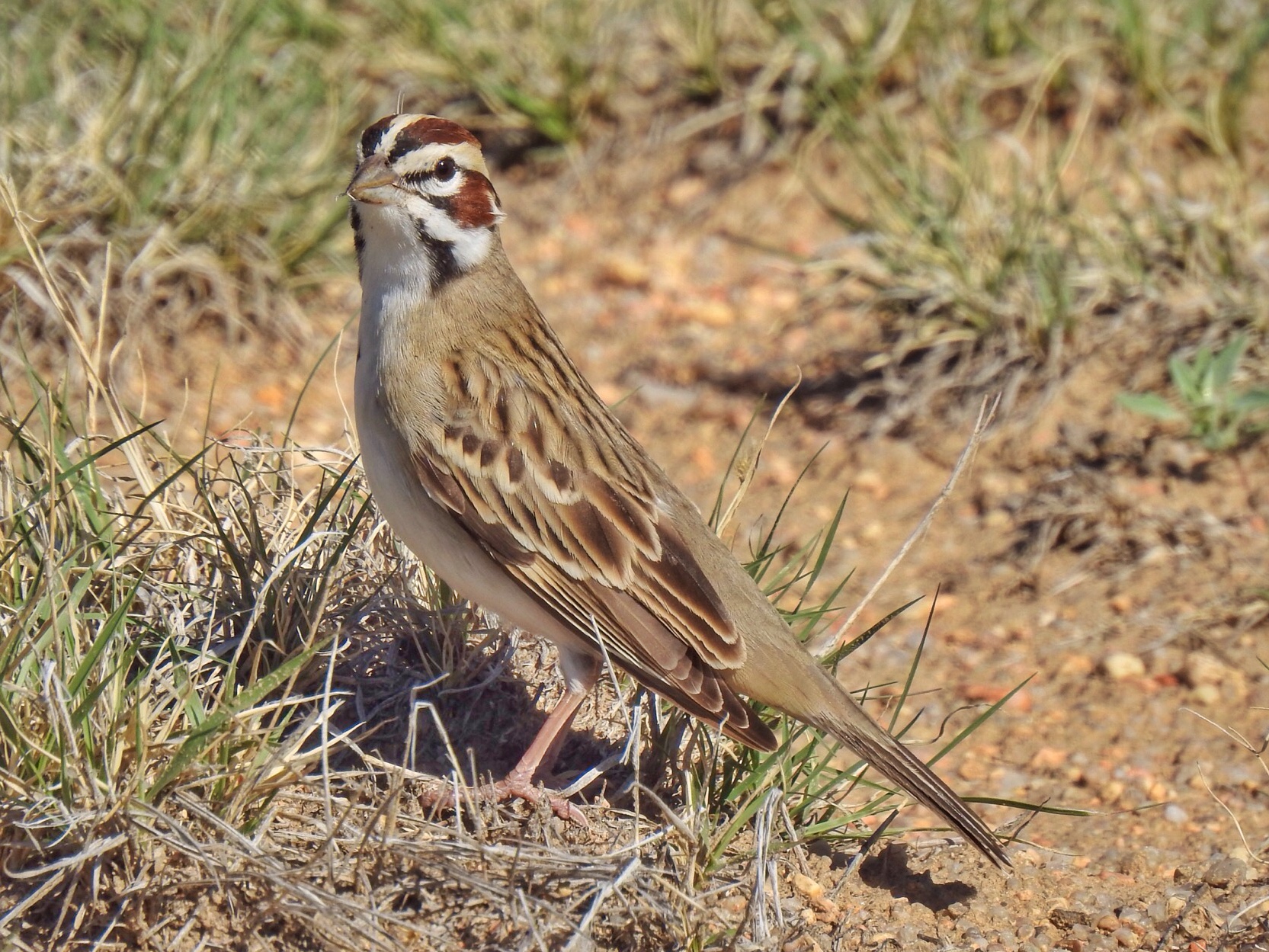 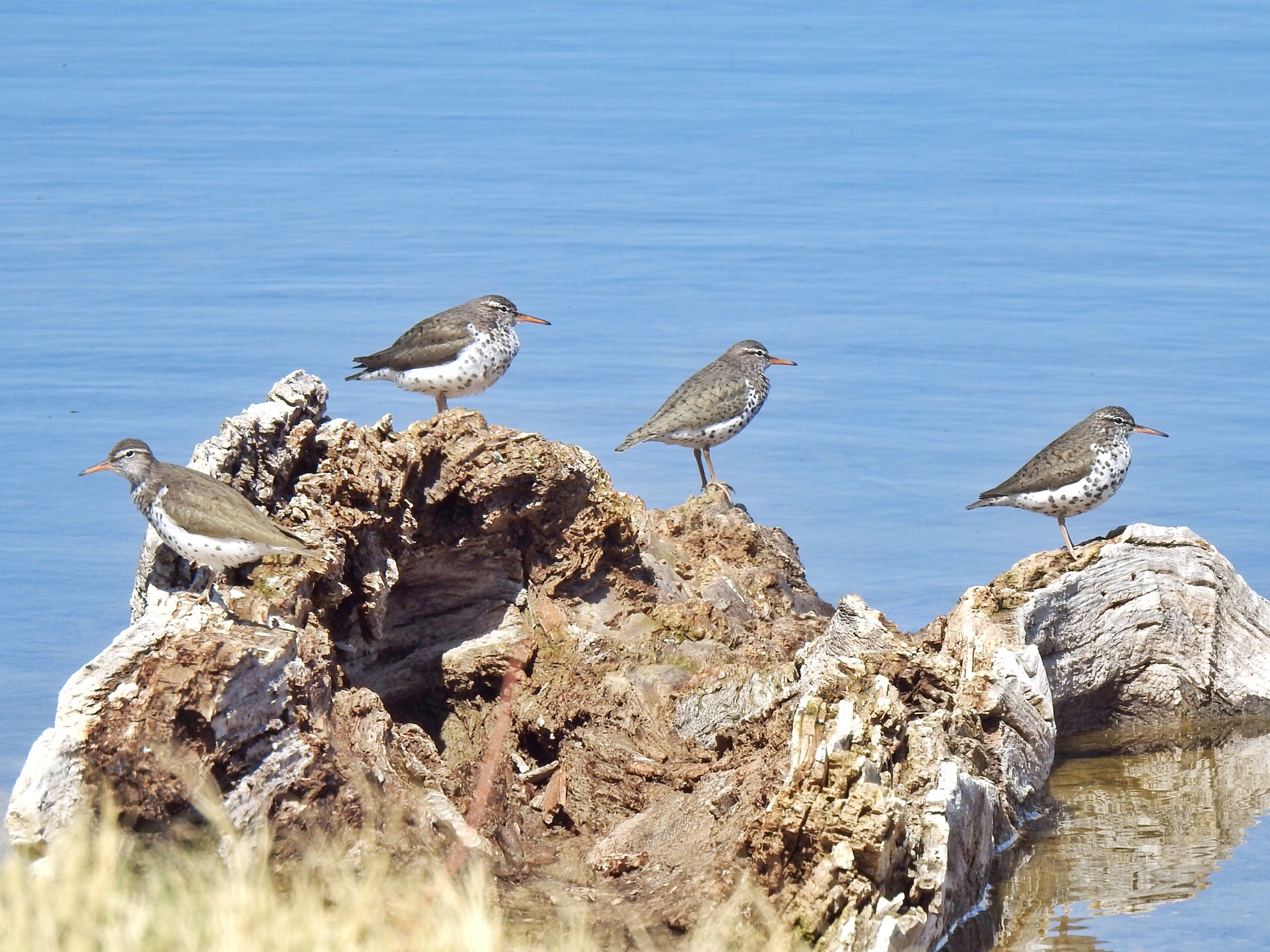 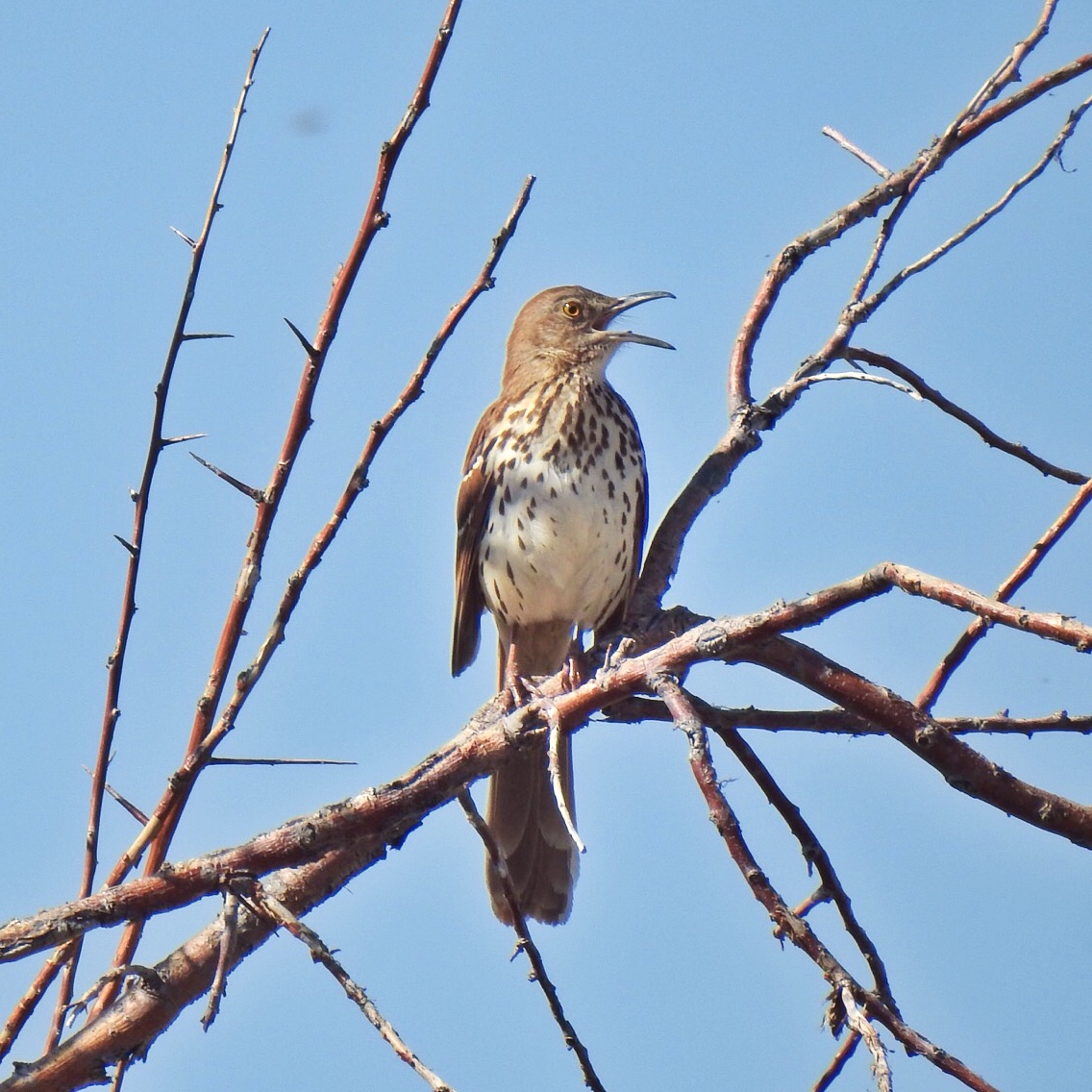 When I was birding at Rose Pond, I met three other guys who were birding together. They were very nice and told me how to get to all the hot-spots on the ranch. One of those spots, called Bell Park (for an old dinner bell that hangs on a wooden frame), has hosted a Prairie Warbler for the past several days. I decided to take a shot, even though the guys said they hadn’t seen the bird when they’d been there earlier that morning. To get there, I had to open a gate made of old strips of wood and barbed wire, and then close it behind me.

At Bell Park, I spotted a pair of Ash-throated Flycatchers. 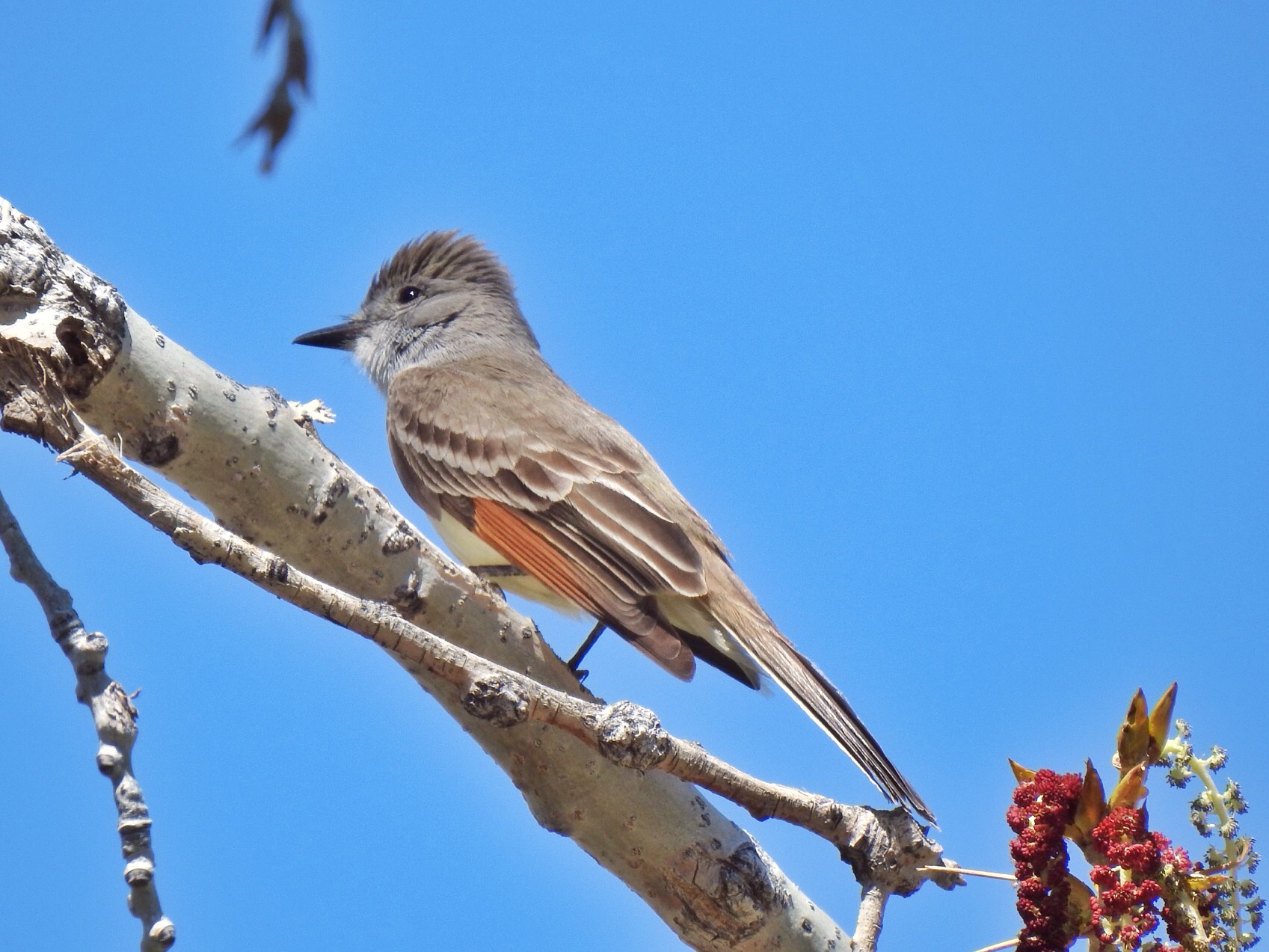 I also saw a gray empidonax flycatcher with a long, slender tail that it constantly pumped up and down, phoebe-like. I don’t usually attempt to identify empids by sight, but the shape of the tail, the wagging, and the color convinced me this was my second ever Gray Flycatcher.

I had done a fairly comprehensive scan of the area when the three guys I’d met by Rose Pond showed up. Someone told them the Prairie Warbler was still hanging around. We all set out in search of it. Sometimes I was separated from them, at other times I was with one or more. I pointed out a Golden Eagle sailing over, and that impressed them. After that, they pretty much accepted me as one of the group. I was talking with one of them when I spotted a MacGillivray’s Warbler in the brush at the base of a cottonwood—about 40 yards away. The other two had just seen it, but they were much closer and were again impressed that I’d seen it from so far away. When I then picked out the Prairie Warbler foraging high in a cottonwood, my reputation was sealed. 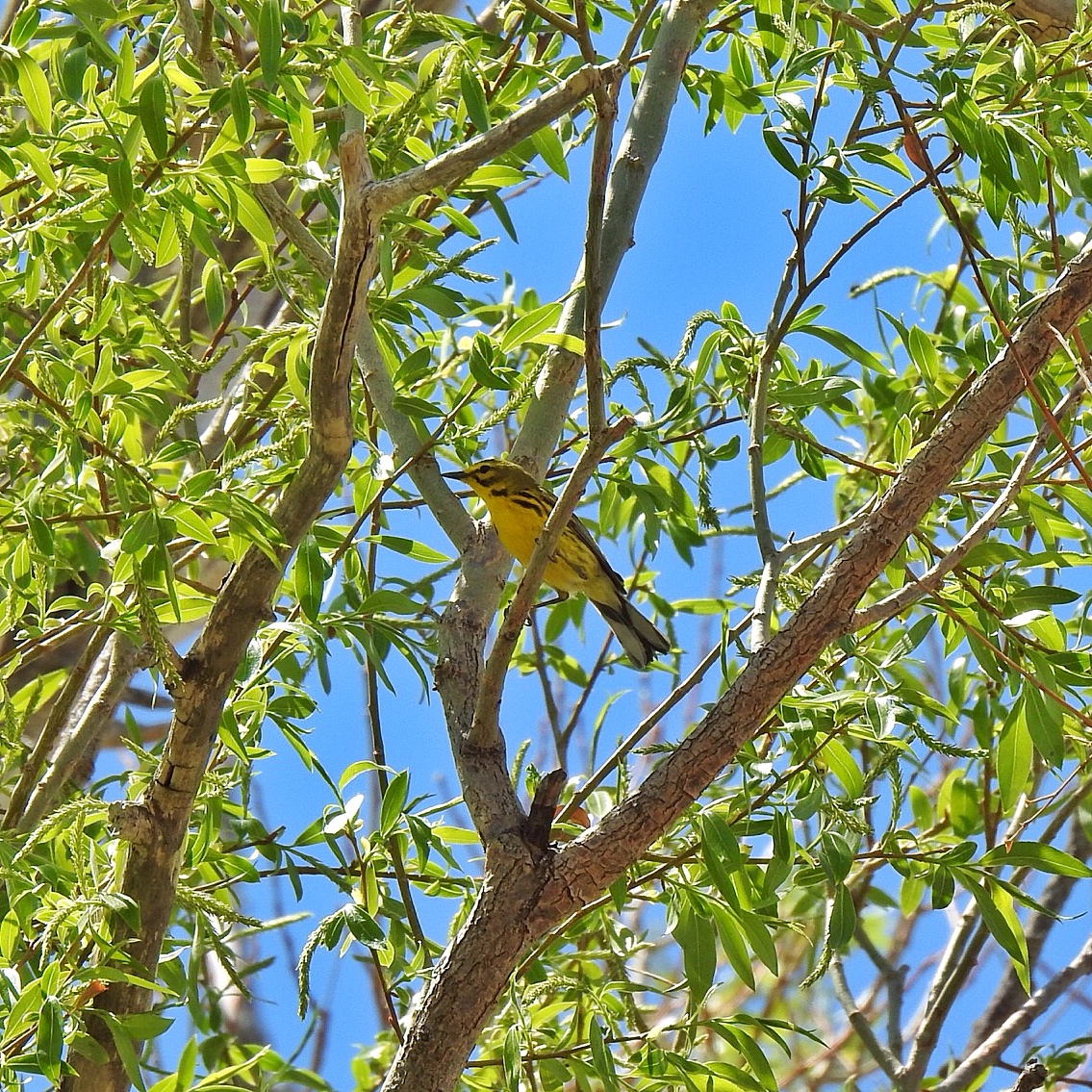 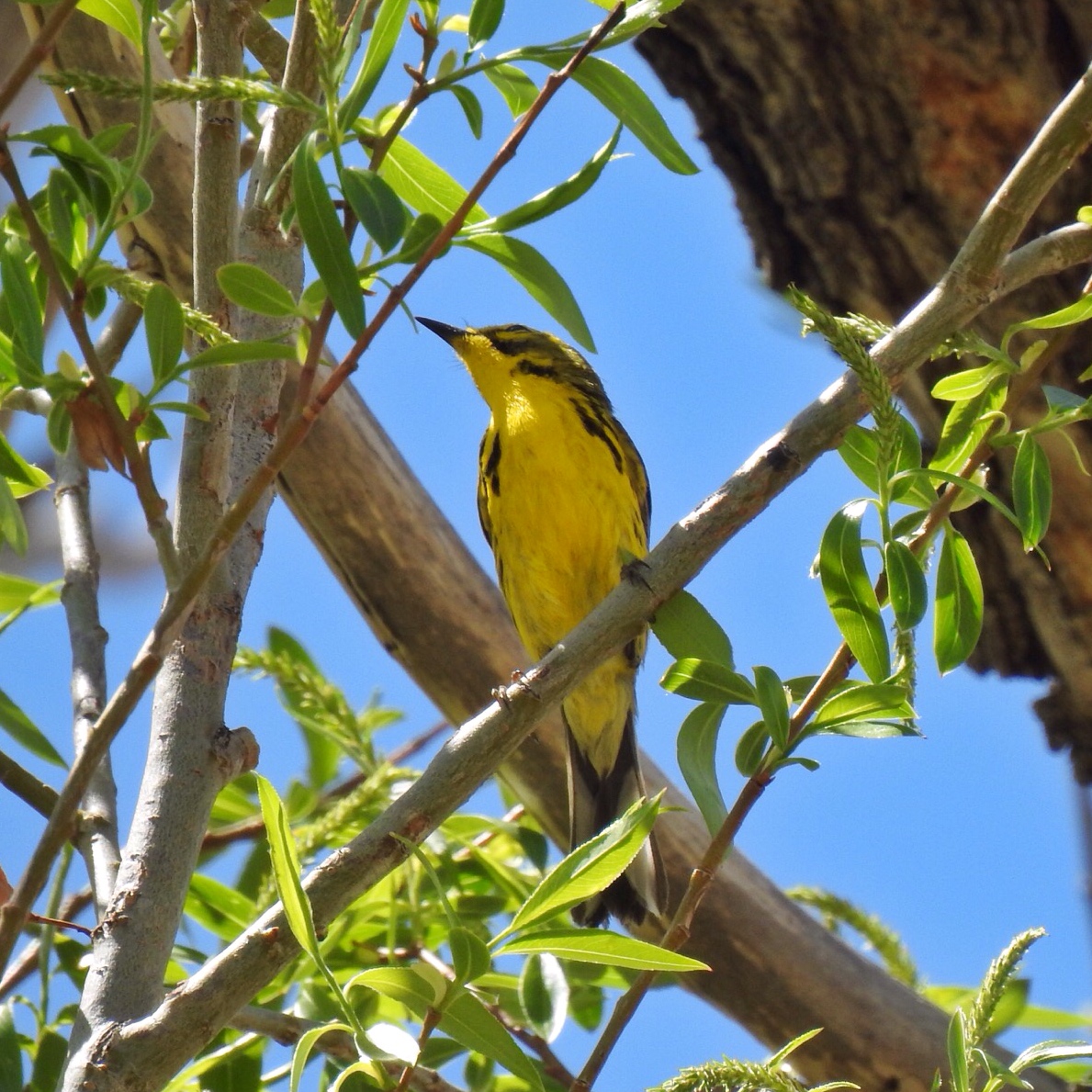 We drove back through the gate to the trees around the banding station. They only stayed a couple minutes, and I only stuck around a little bit longer. Just after I’d exited the ranch gate, I spotted a small flock of Lark Buntings near the Hanover Fire Station. For some reason, my camera just doesn’t seem able to capture the black feathers well. I’m not happy with any of these photos. 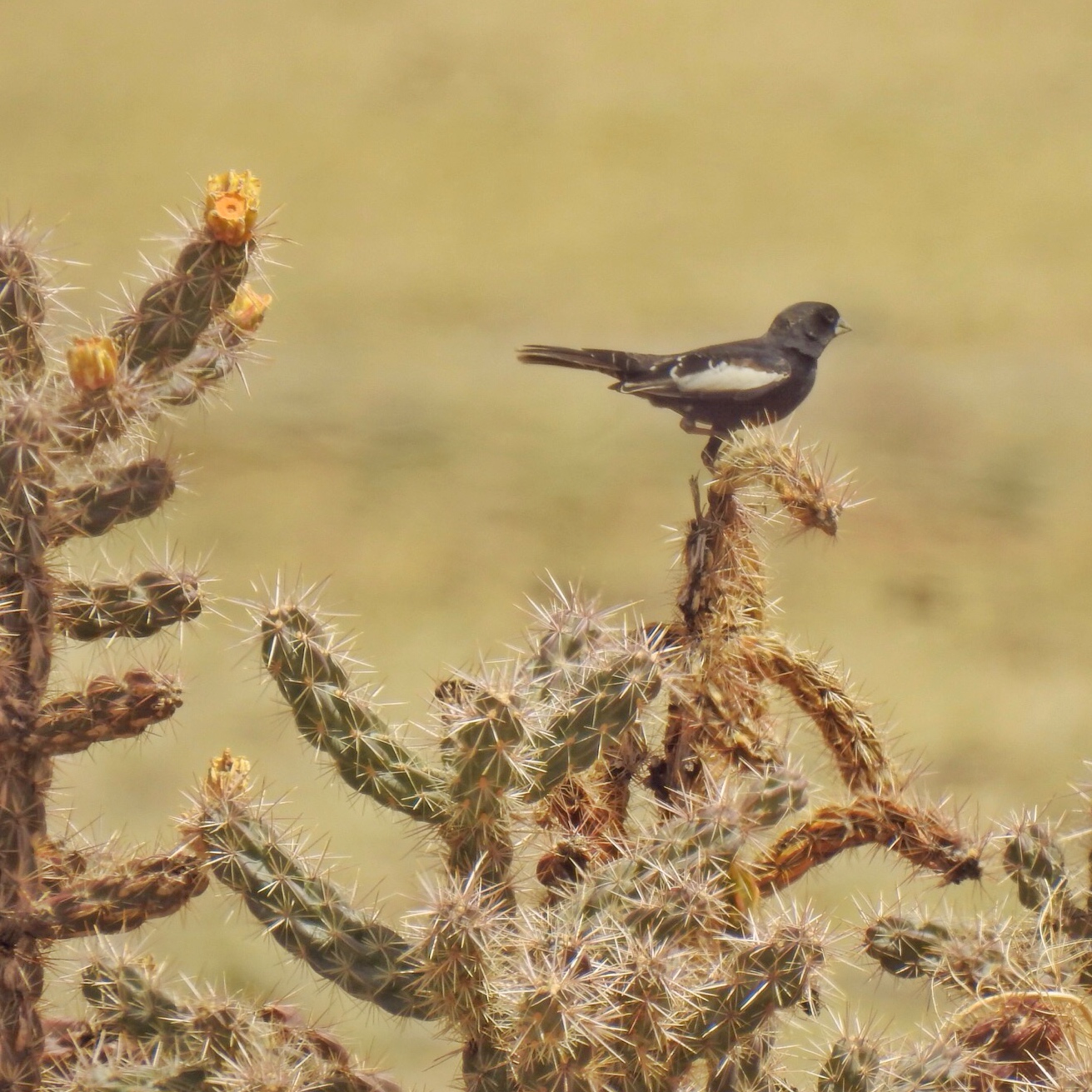 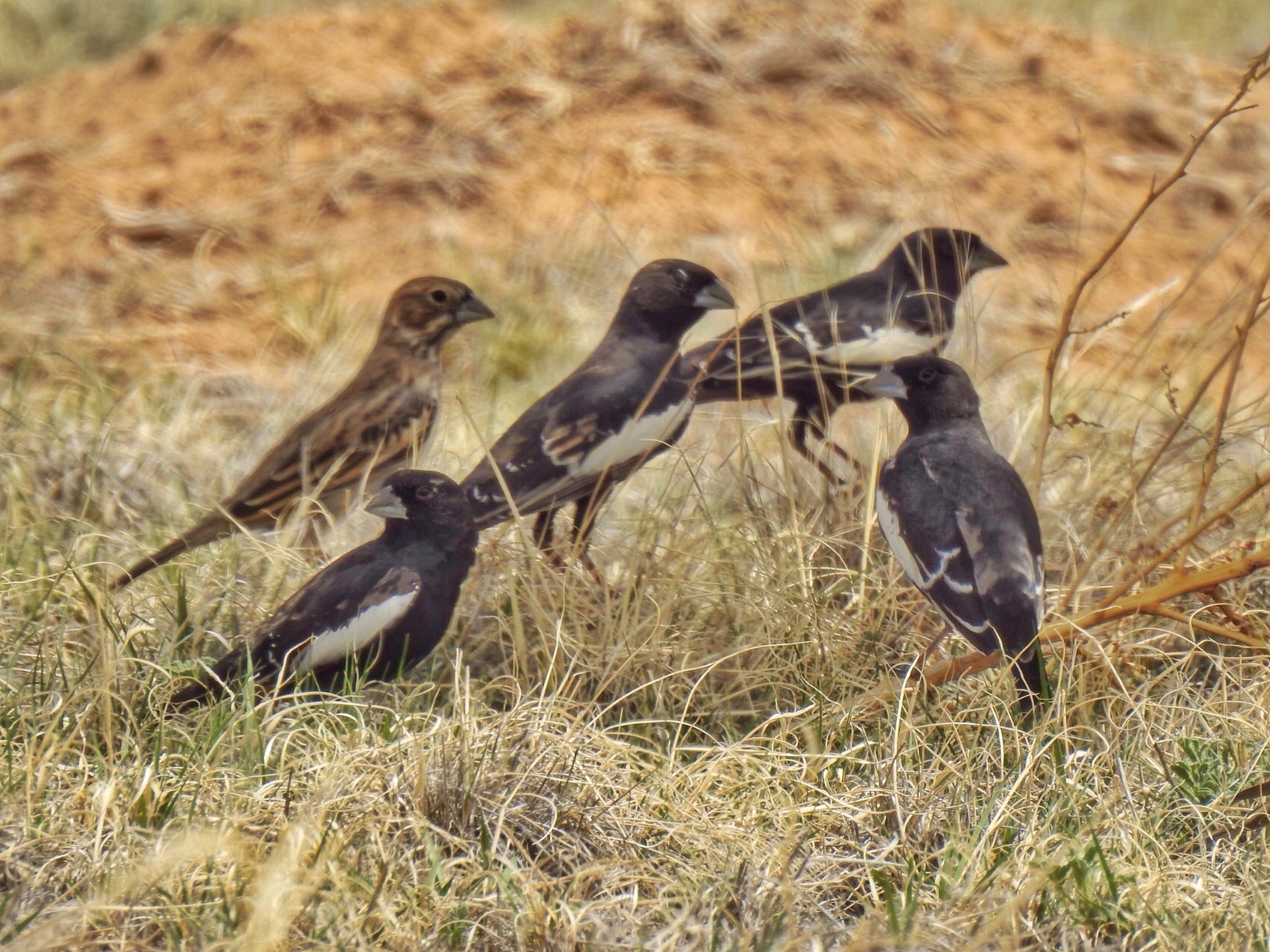 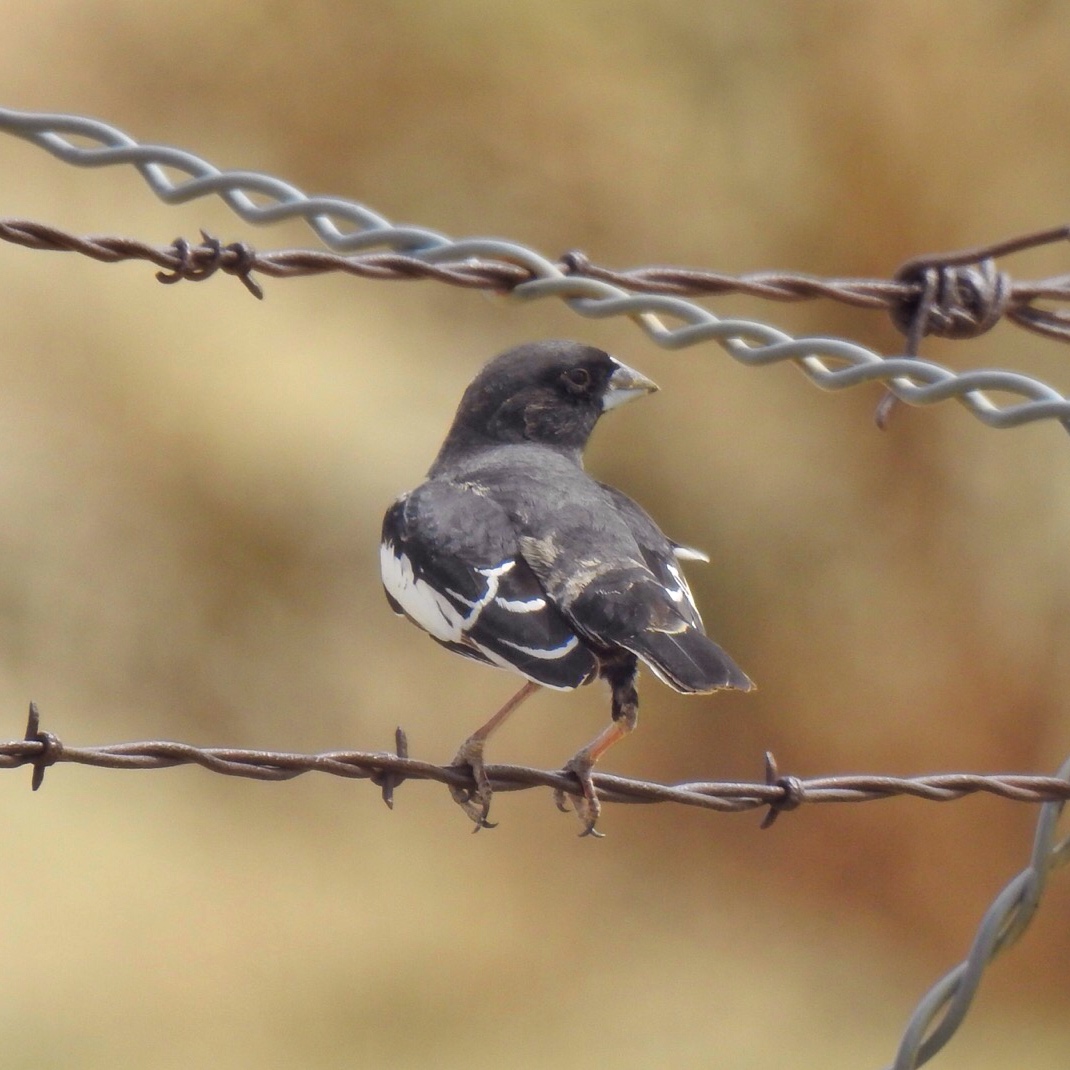 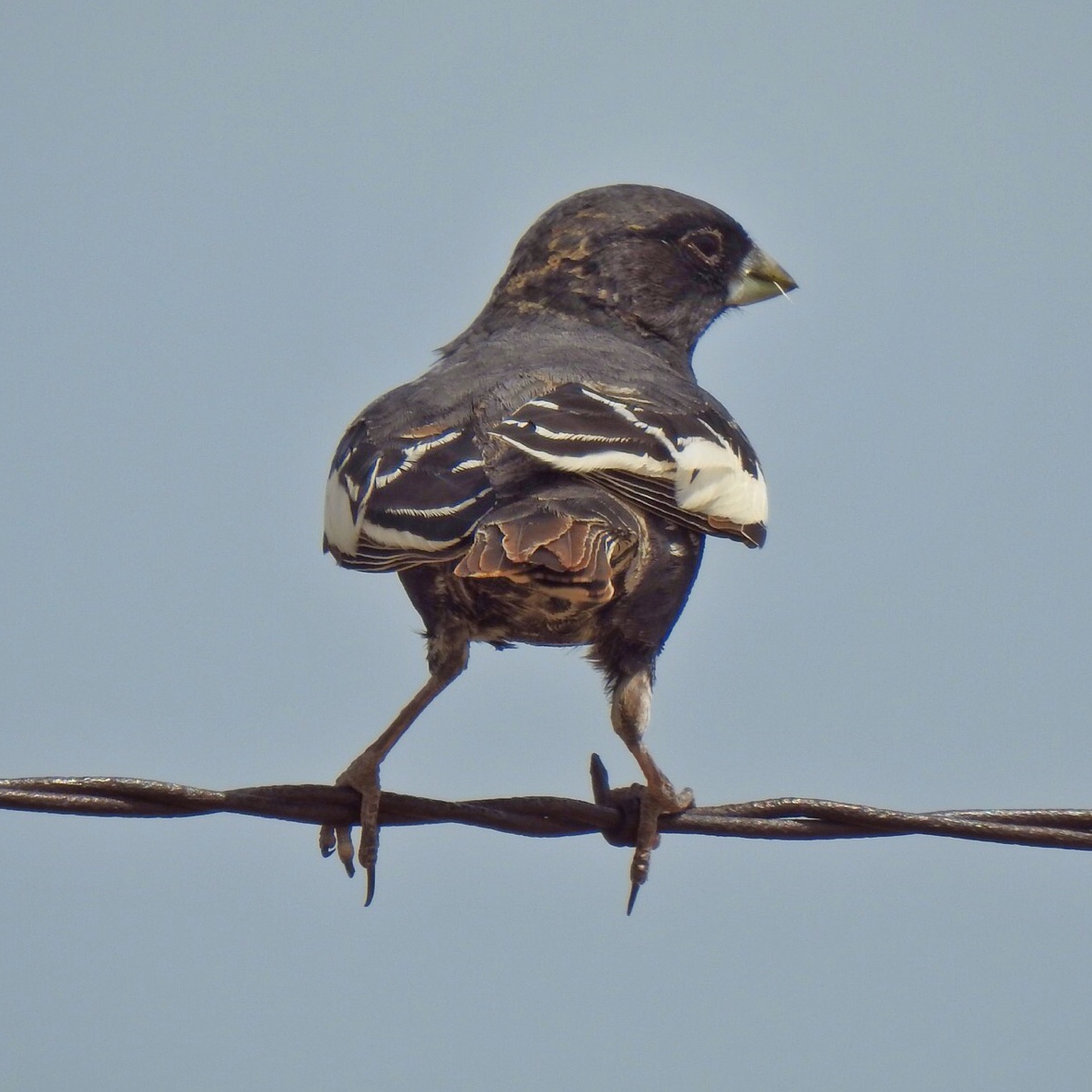 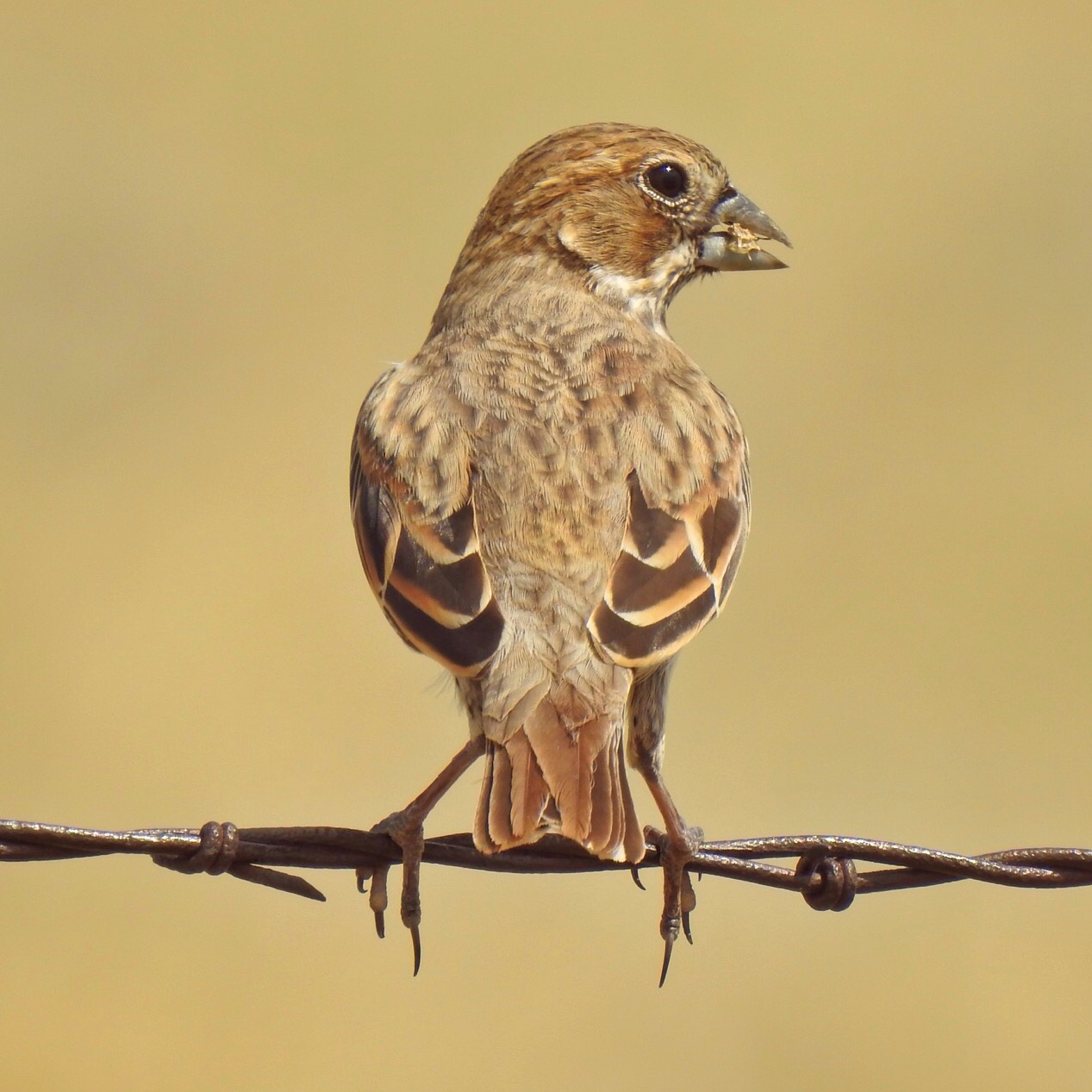 A Western Meadowlark sang on a fence post nearby. 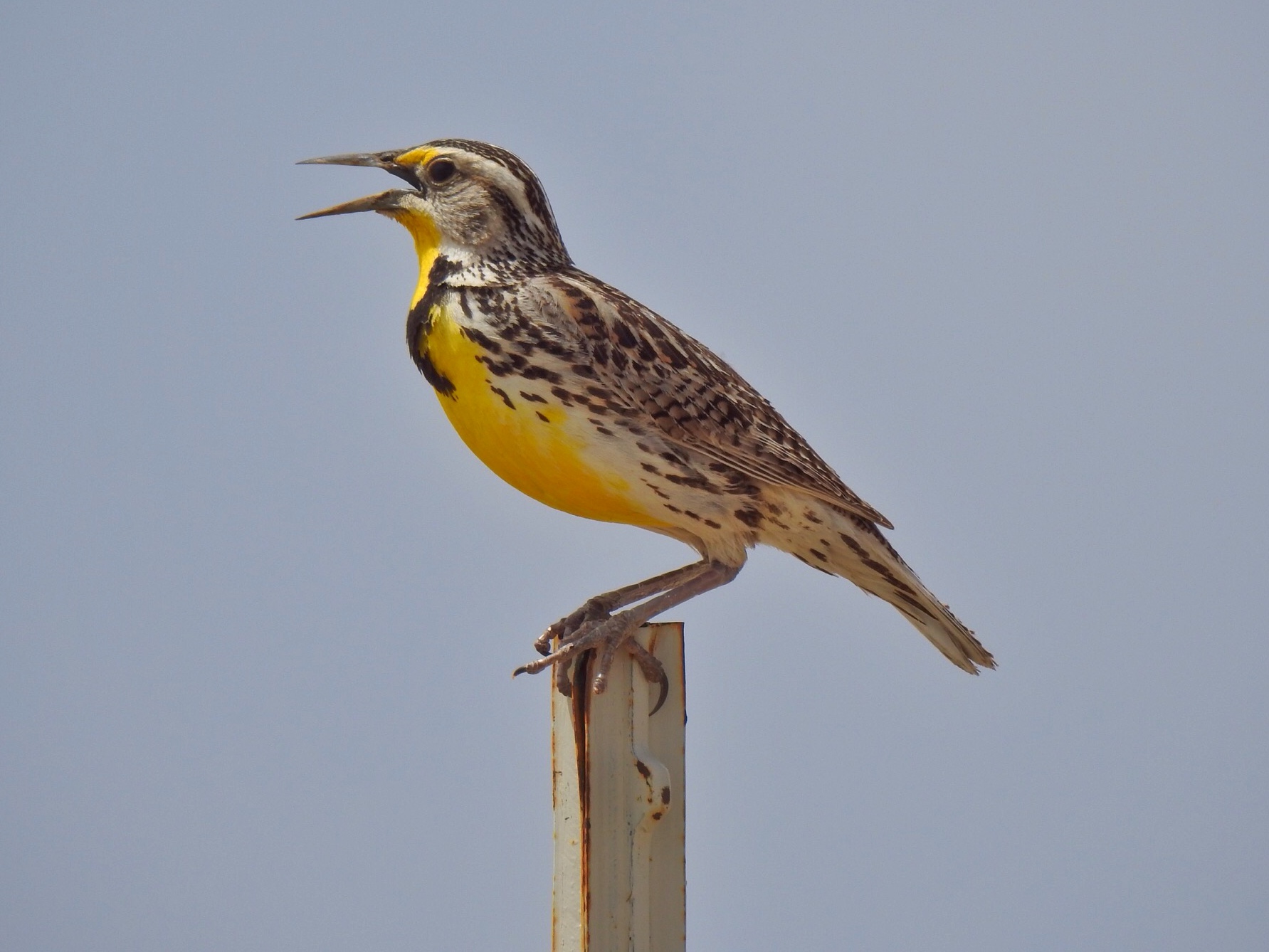 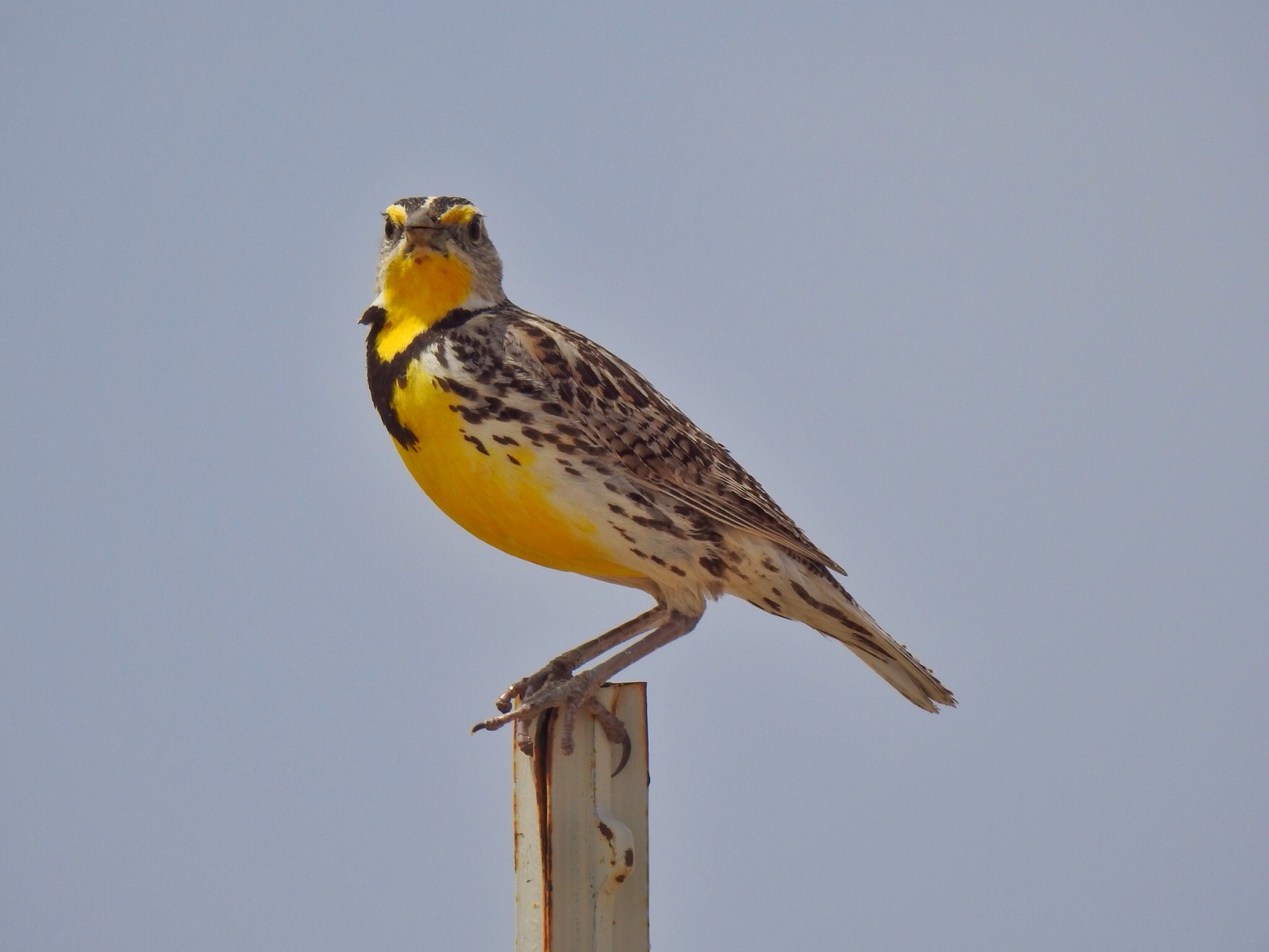