We drove south along the Rhine to Colmar. The city was the hometown of Auguste Bartholdi, the Frenchman who designed the Statue of Liberty. In 2004, to celebrate the 100th anniversary of Bartholdi’s death, the city erected a quarter-scale, 39′ tall replica. It’s located on a roundabout north of town, and we just happened to drive around that roundabout. 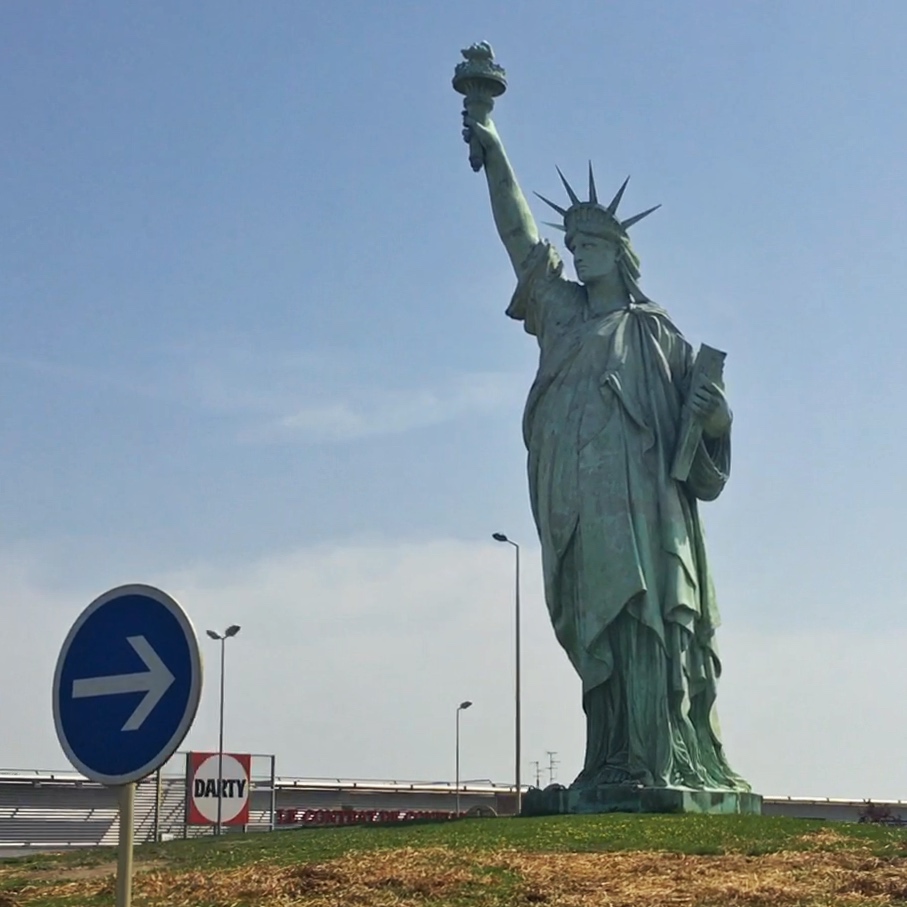 For the next 45 minutes, I really felt like I was in a foreign land. Up until this time, we had always been near Army bases or in heavy tourist areas. But not here. We slipped through the narrow streets of streets of a small town, crossed a stretch of vineyard country, then wound up the side of a wooded ridge.

Before we got to the battlefield, we stopped to look at a military cemetery containing the graves of 2,460 German dead from World War I. It was sad to see the graves of Jewish Germans who had died for their country. 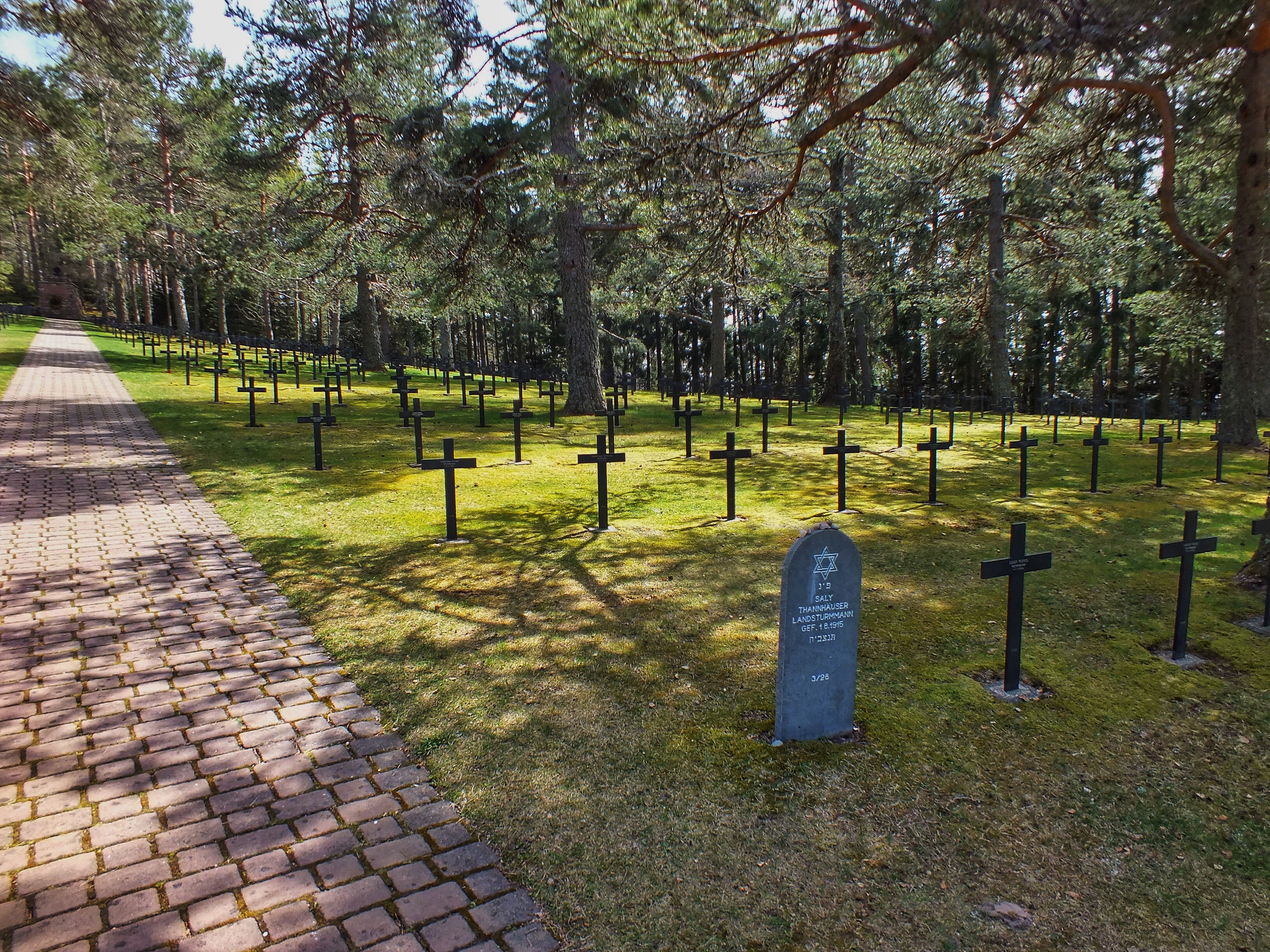 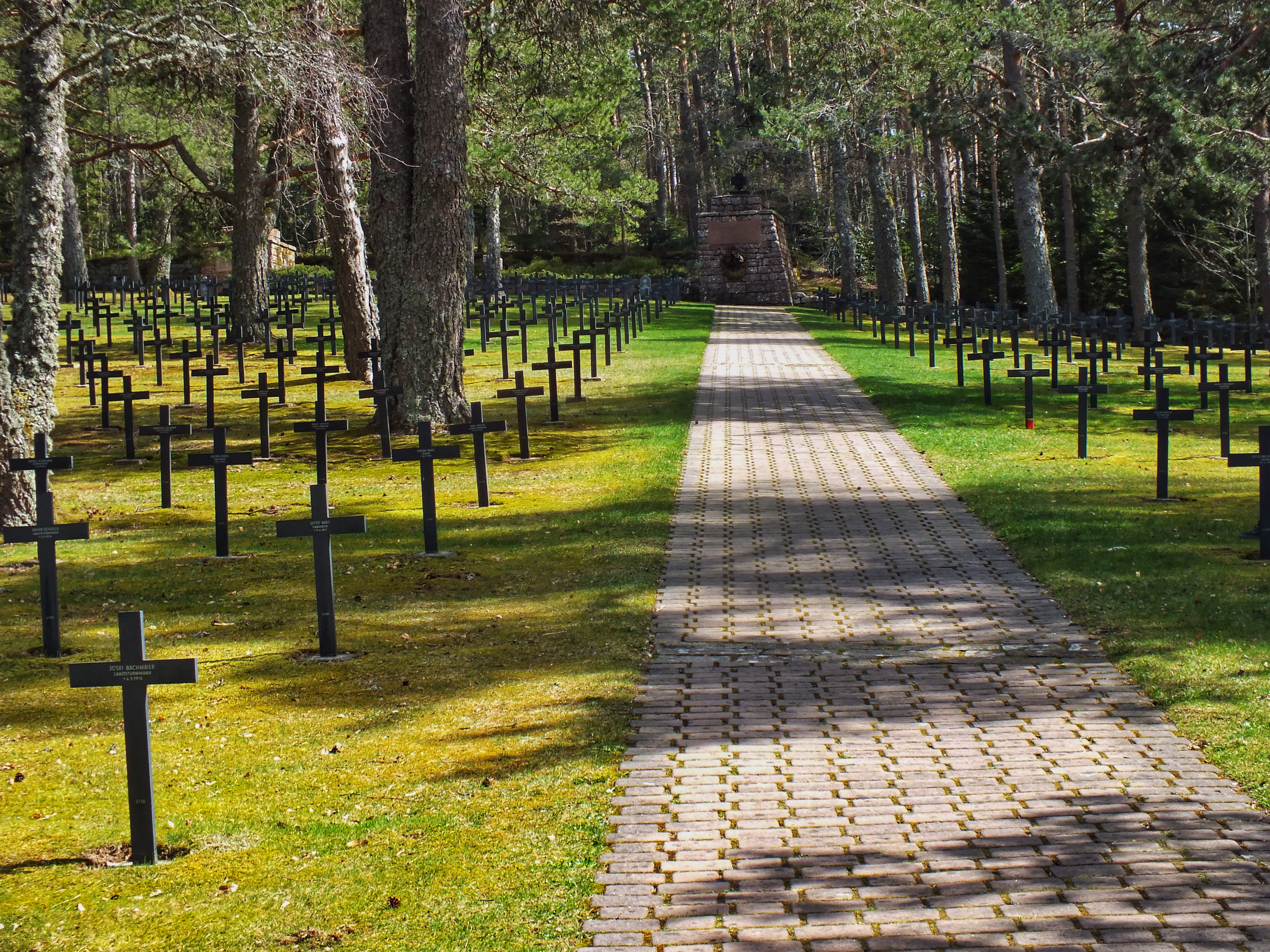 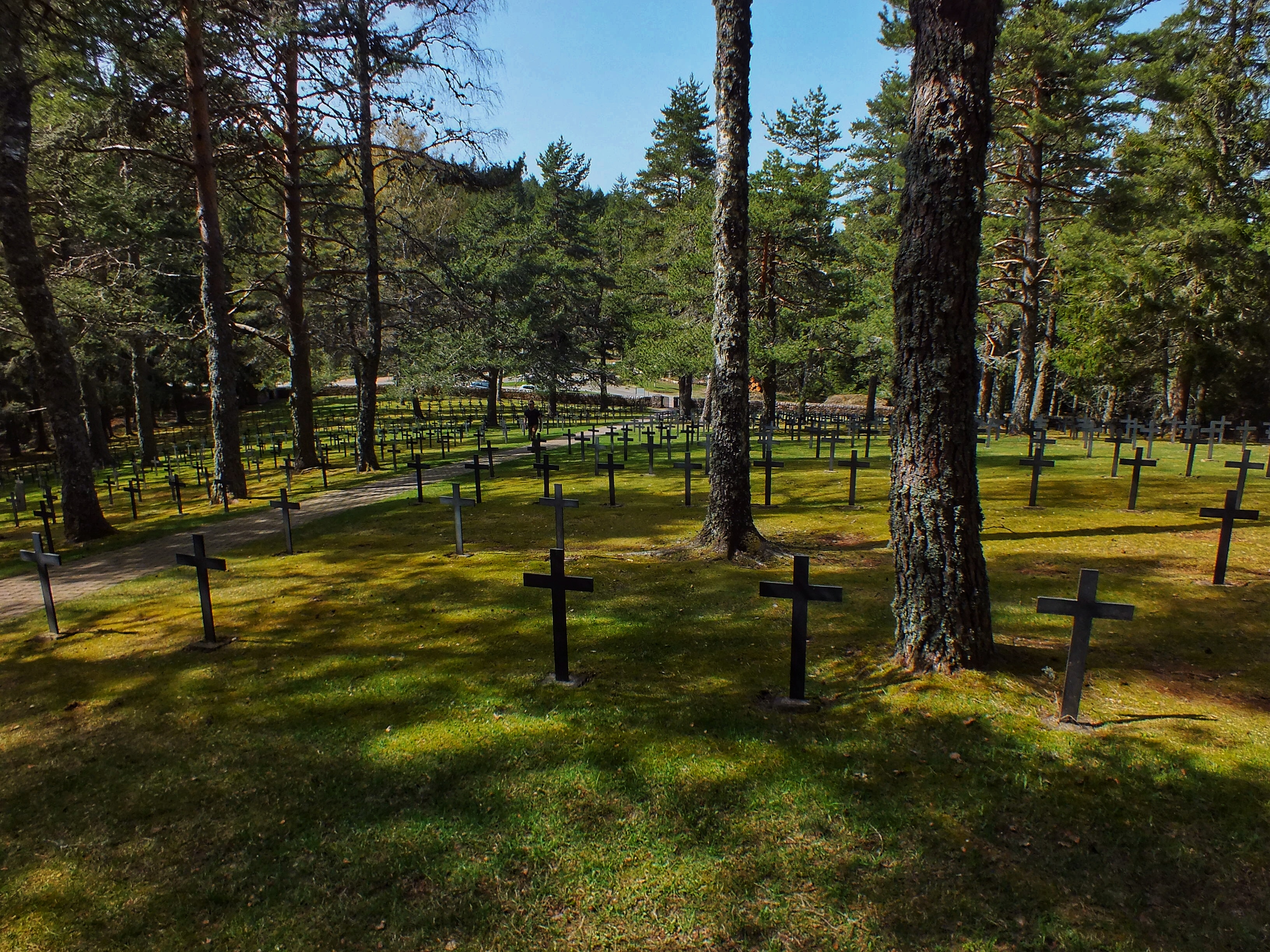 The battlefield itself was about a mile further on. There was a museum with information on and artifacts from the battle that took place here. The elderly couple who were running the place knew no English. The woman kept asking us a question, but we were struggling to understand. It was only when she pointed at a chart on the counter that we realized she was asking where we were from. We could see that no other Americans had visited that day. The old man ushered us into a theater to see a film on the battle. He asked, in French, what language we wanted to see it in. There was another couple in the theater who, I think, spoke German, but they may have understood English because they stayed.

The battle took place from July 20 to October 15, 1915. In 1914, at the start of the war, the Germans had occupied a ridge of the Vosges, a low range of mountains in eastern France. The French attacked and made some initial advancements, but the Germans soon pushed them back and the lines ended up pretty much where they started. The Germans held their lines pretty much in peace for the rest of the war. Both gas and flame throwers were used in the battle. Approximately 10,000 French and 7,000 Germans lost their lives. 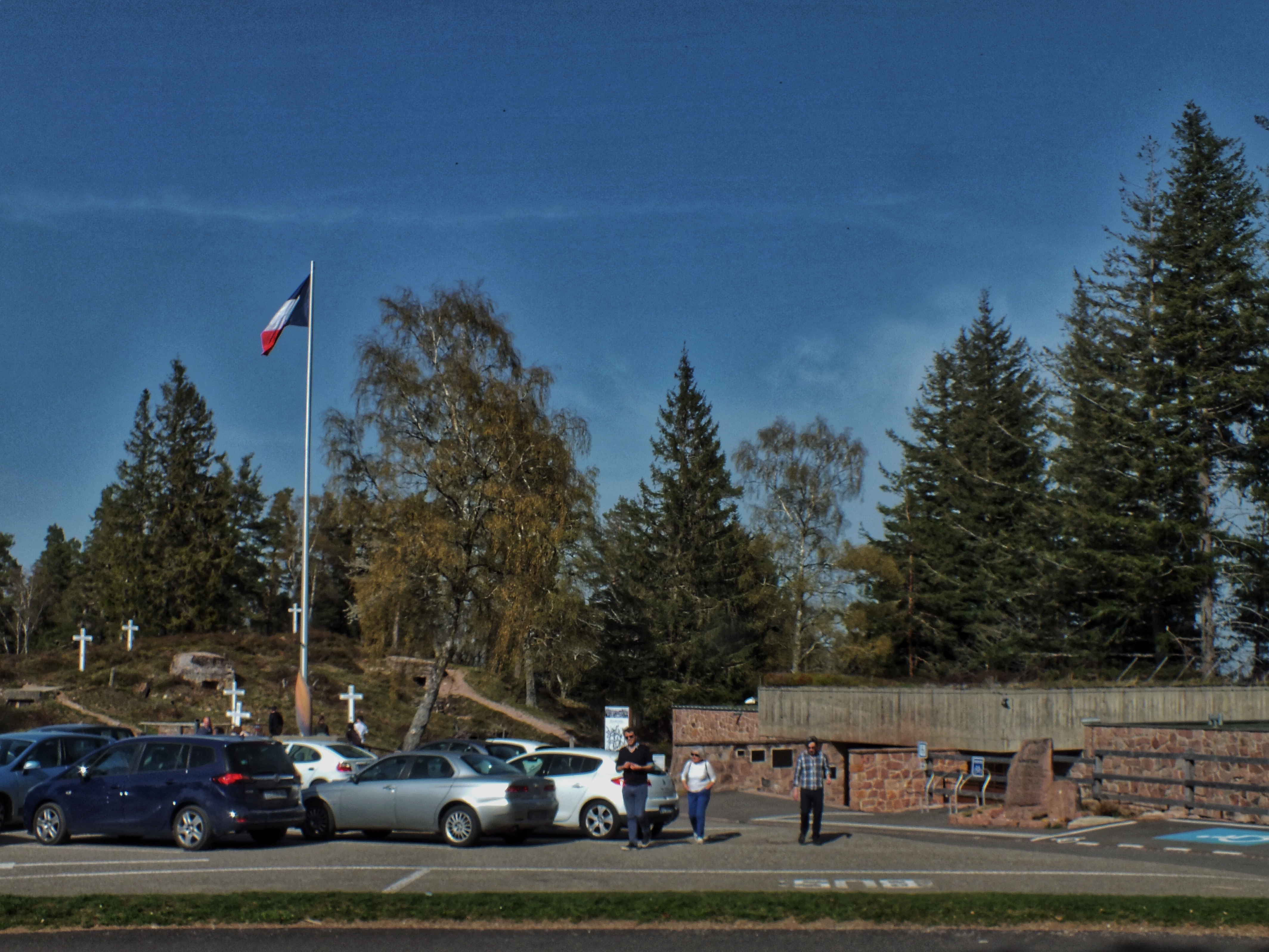 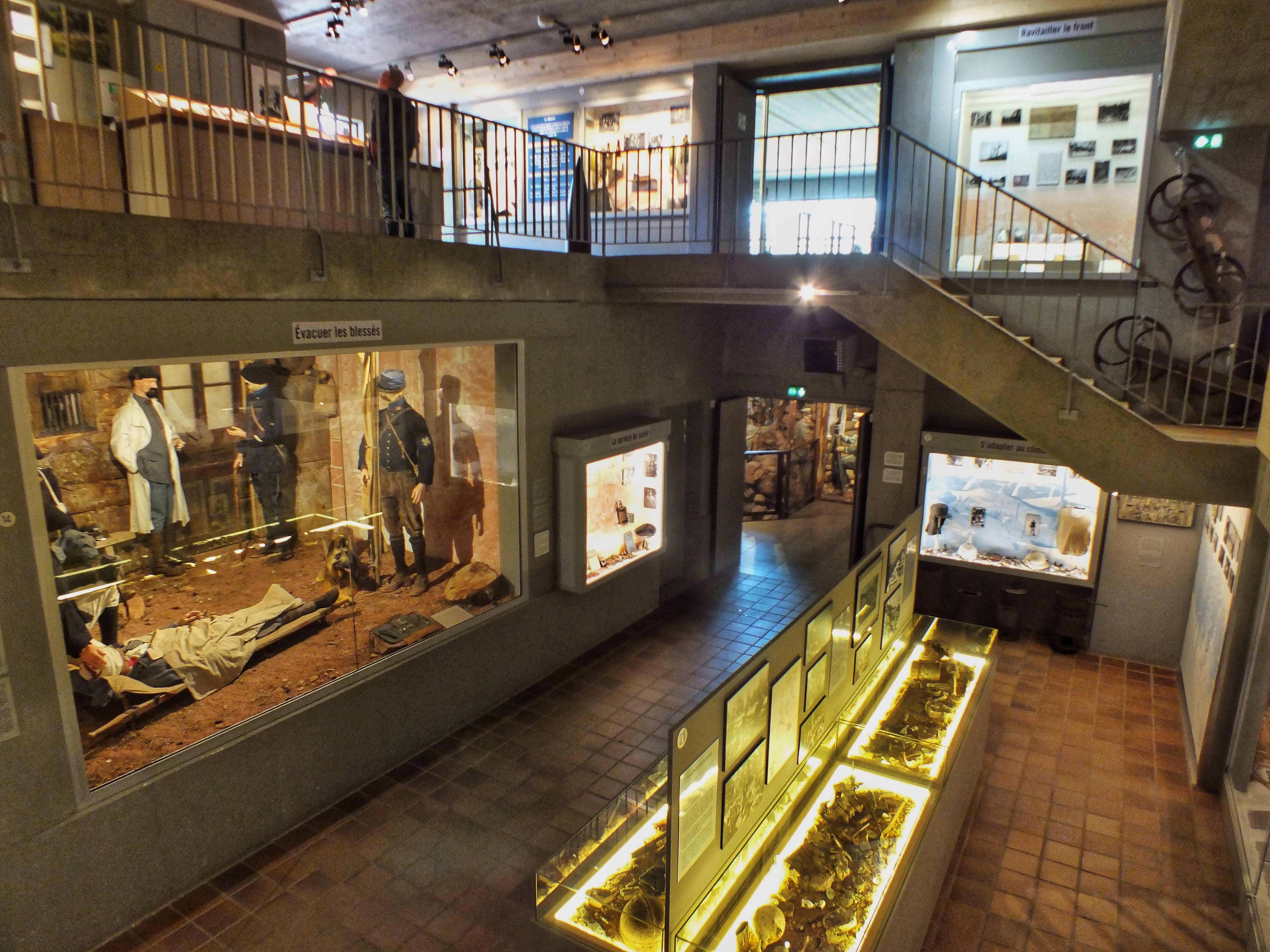 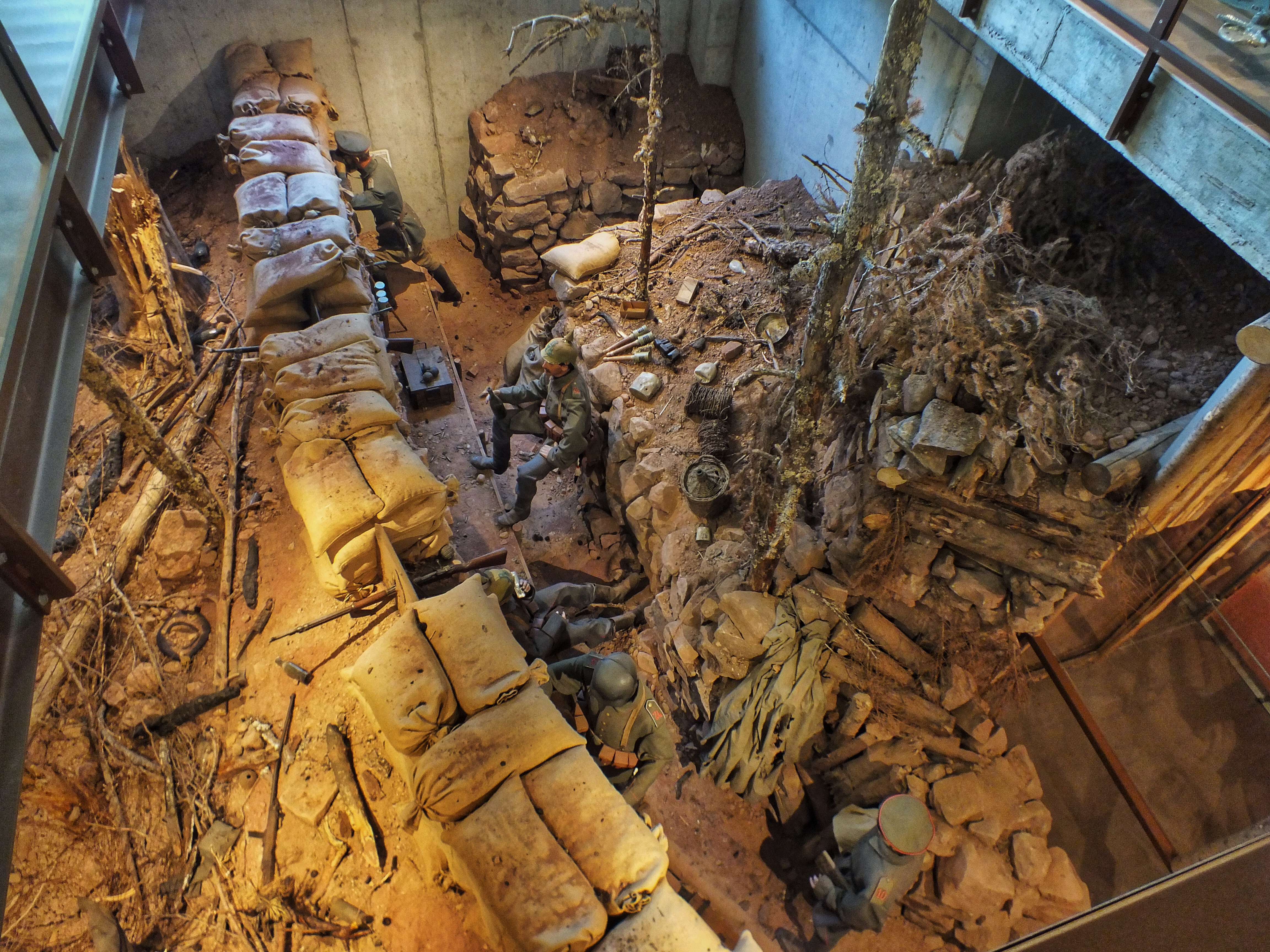 About half the displays in the museum were only in French and German. The other half also had English—that was obviously translated by someone not overly familiar with the language. We could easily find the English-language signs by the small British flap printed in the corner.

I wandered outside. There was a map of the battlefield at the start of the trails. The green lines on the right represent German trenches that were occupied for much of the war and had been constructed of bricks and concrete. The blue lines are the French approach lines that were made a lot less substantial. 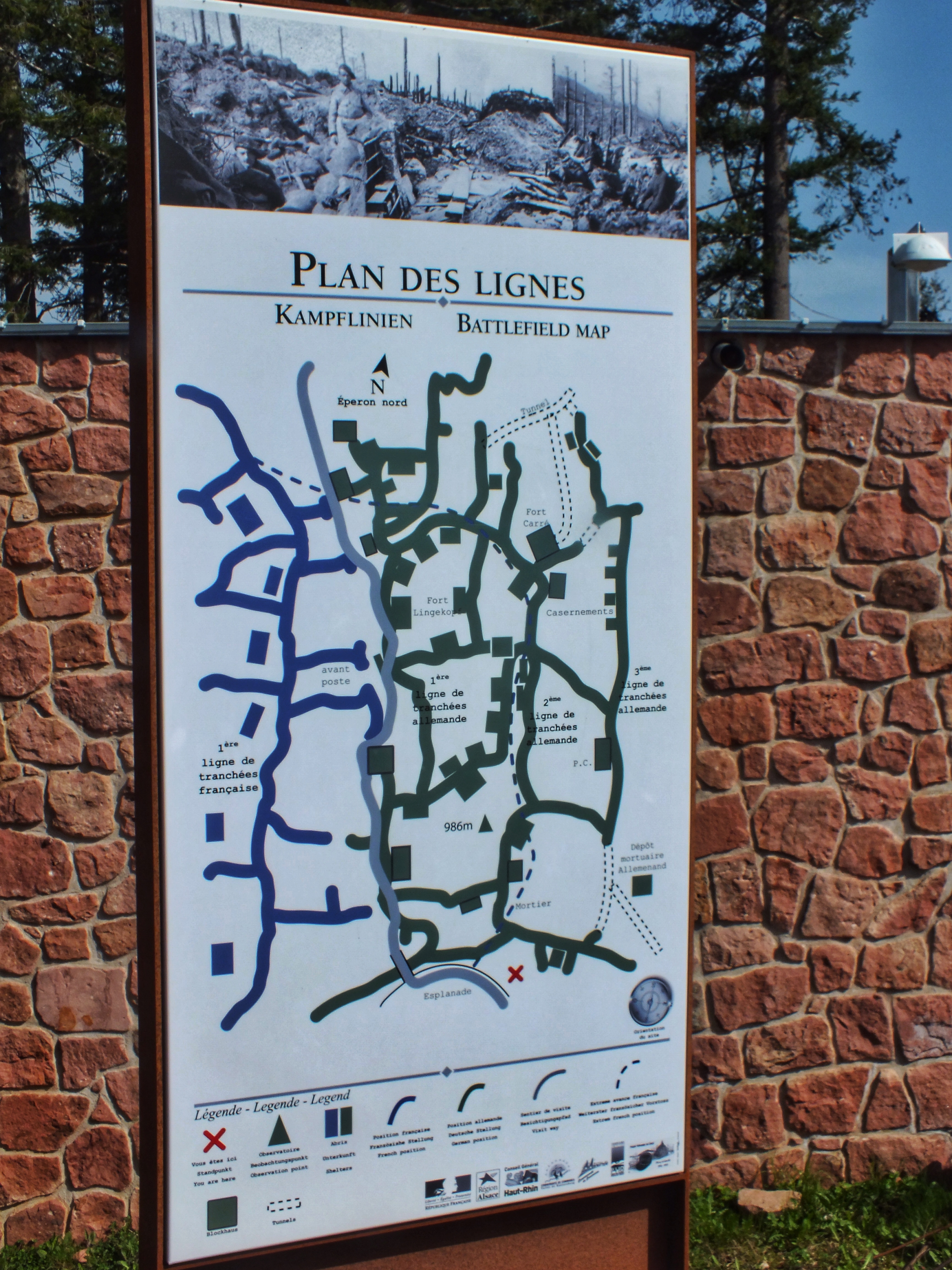 We concluded that this sign was just there for effect, but we didn’t put our theory to the test. 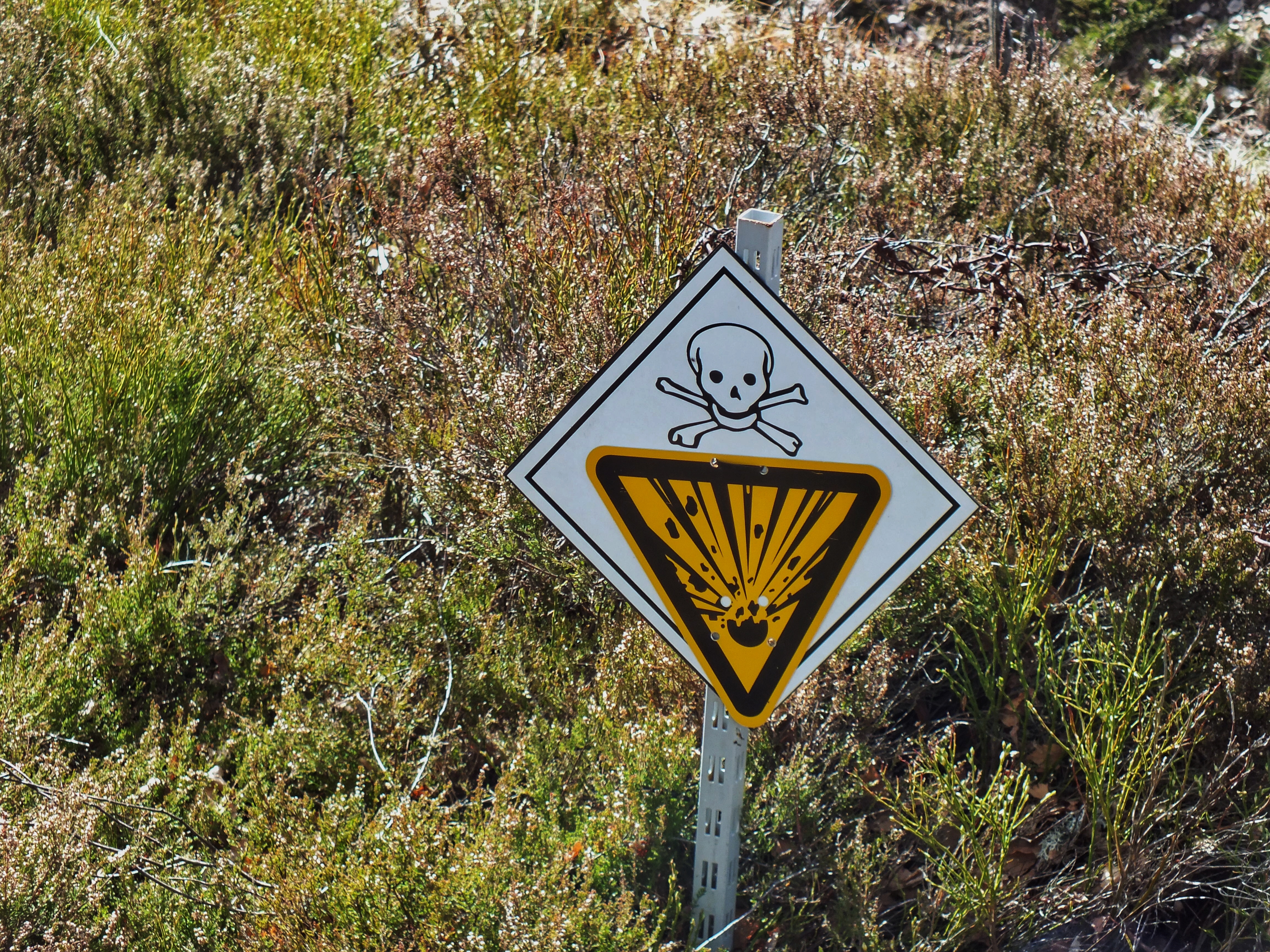 Random shots of the German lines. 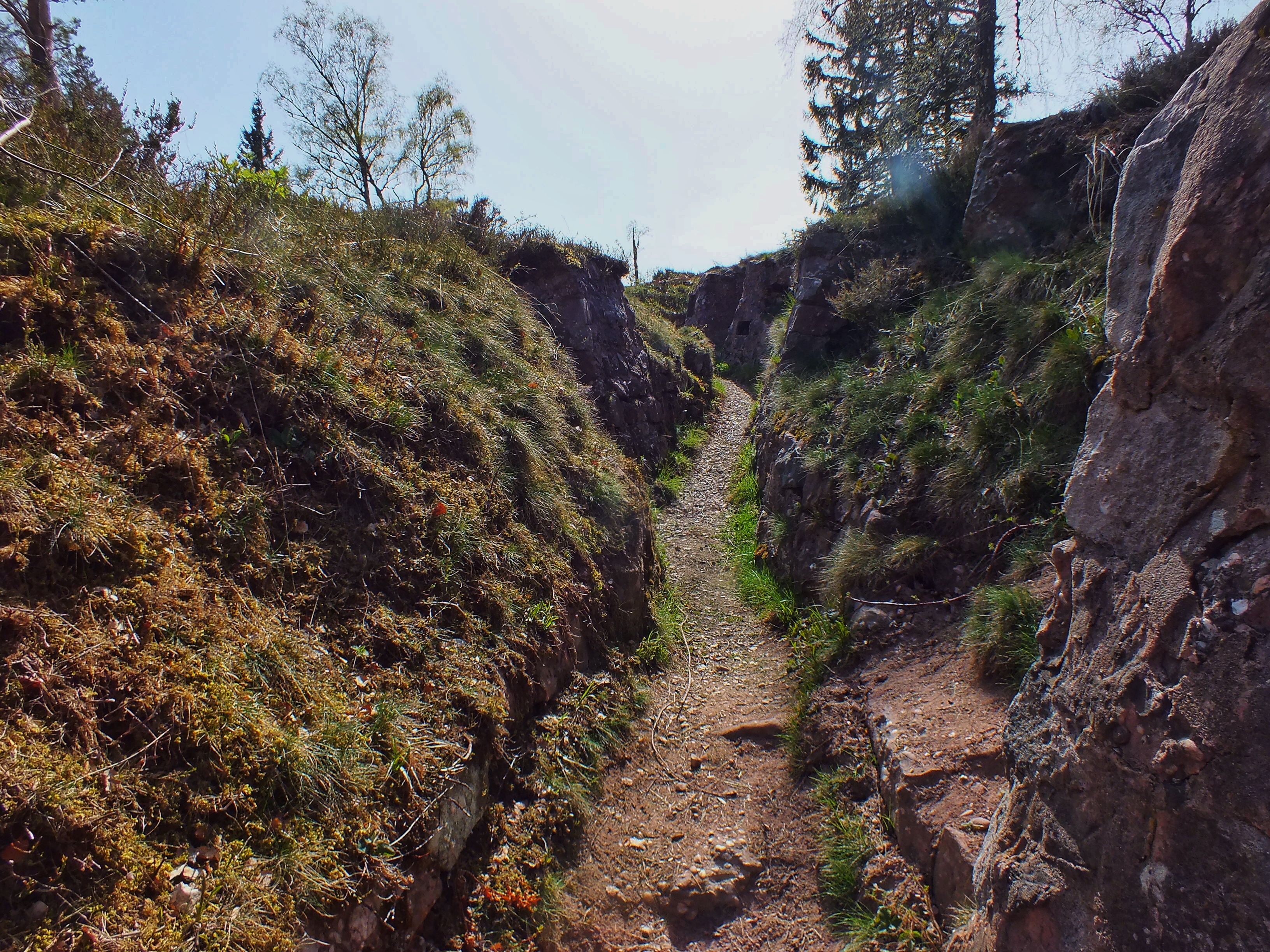 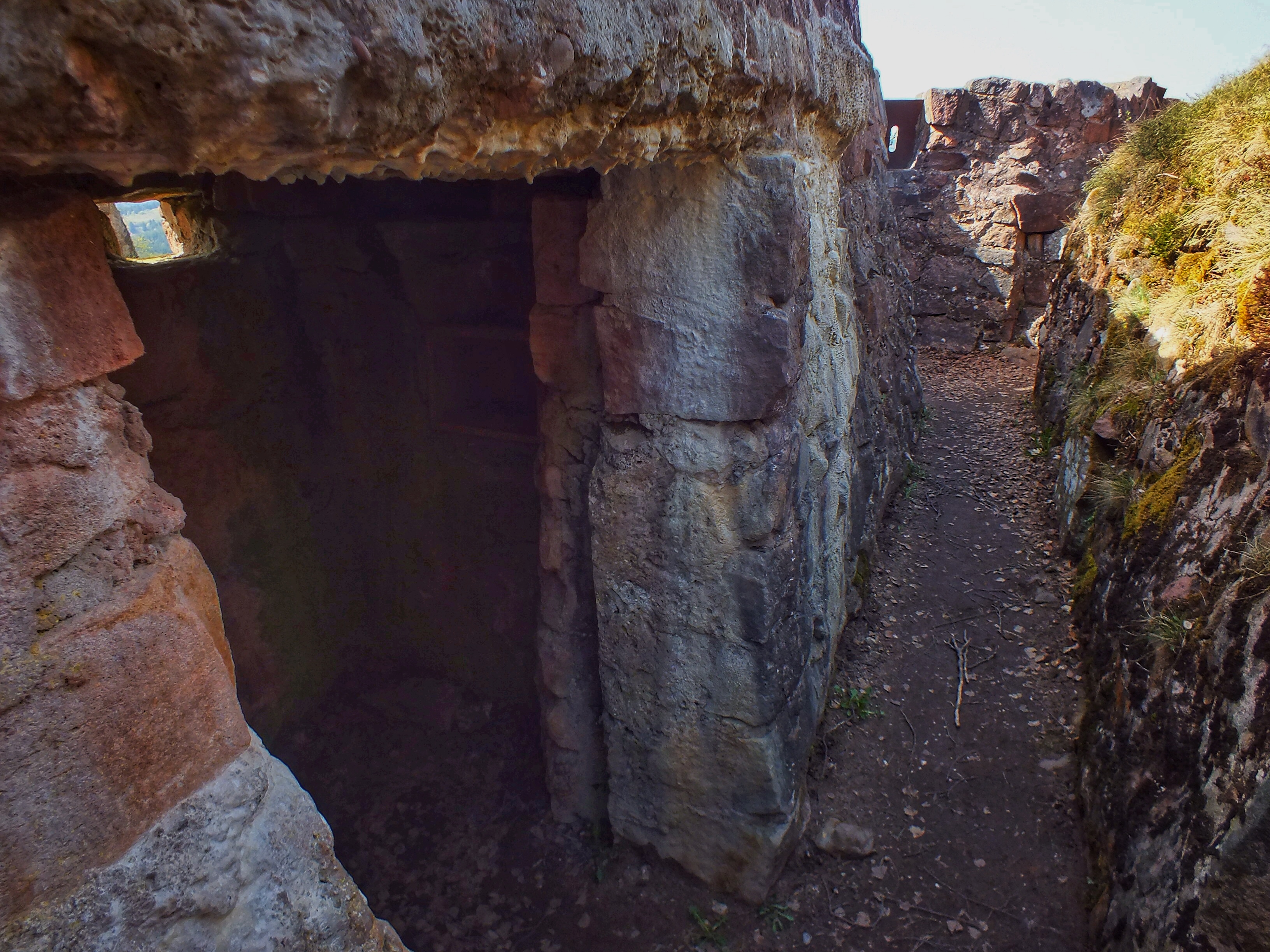 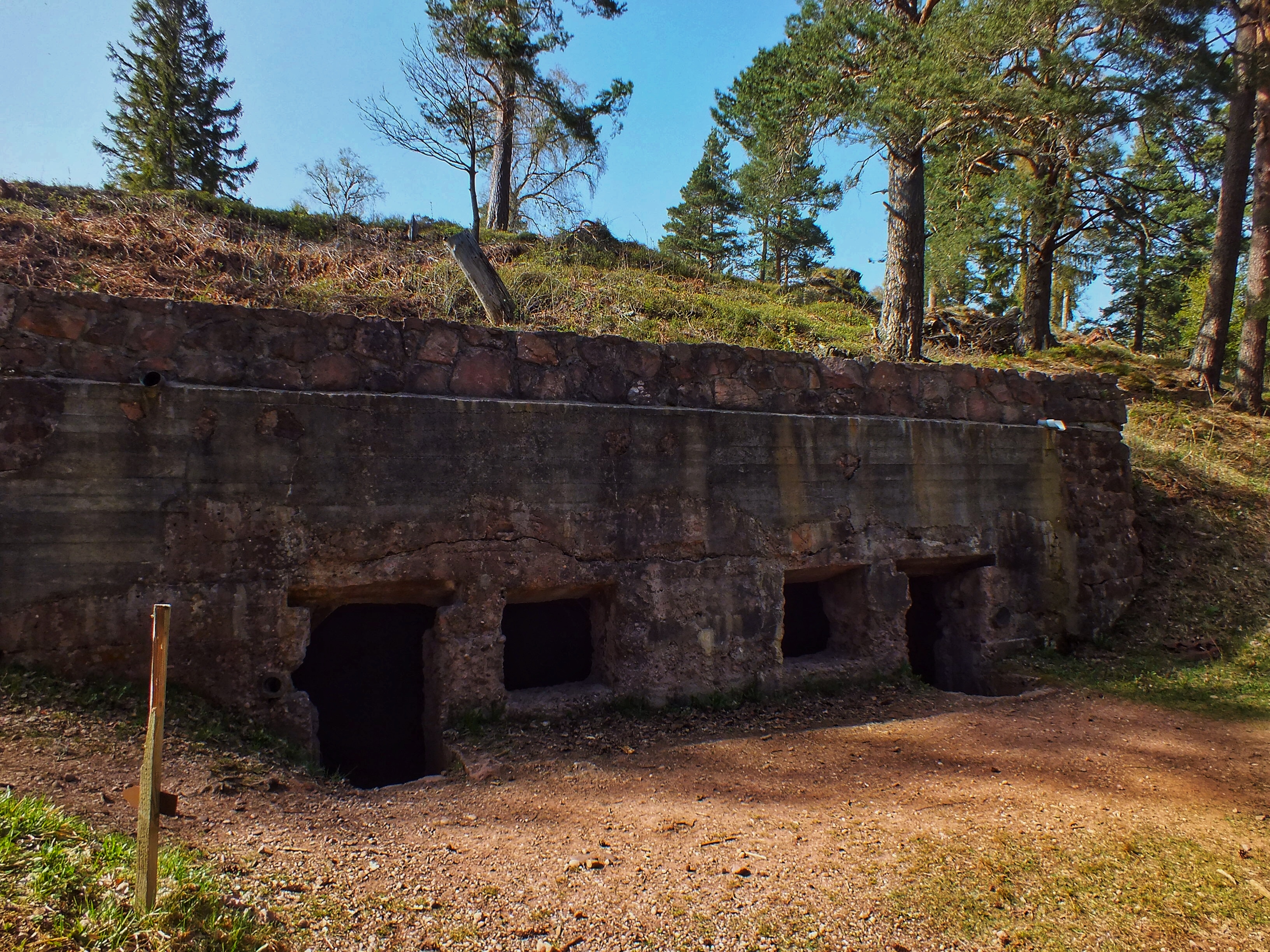 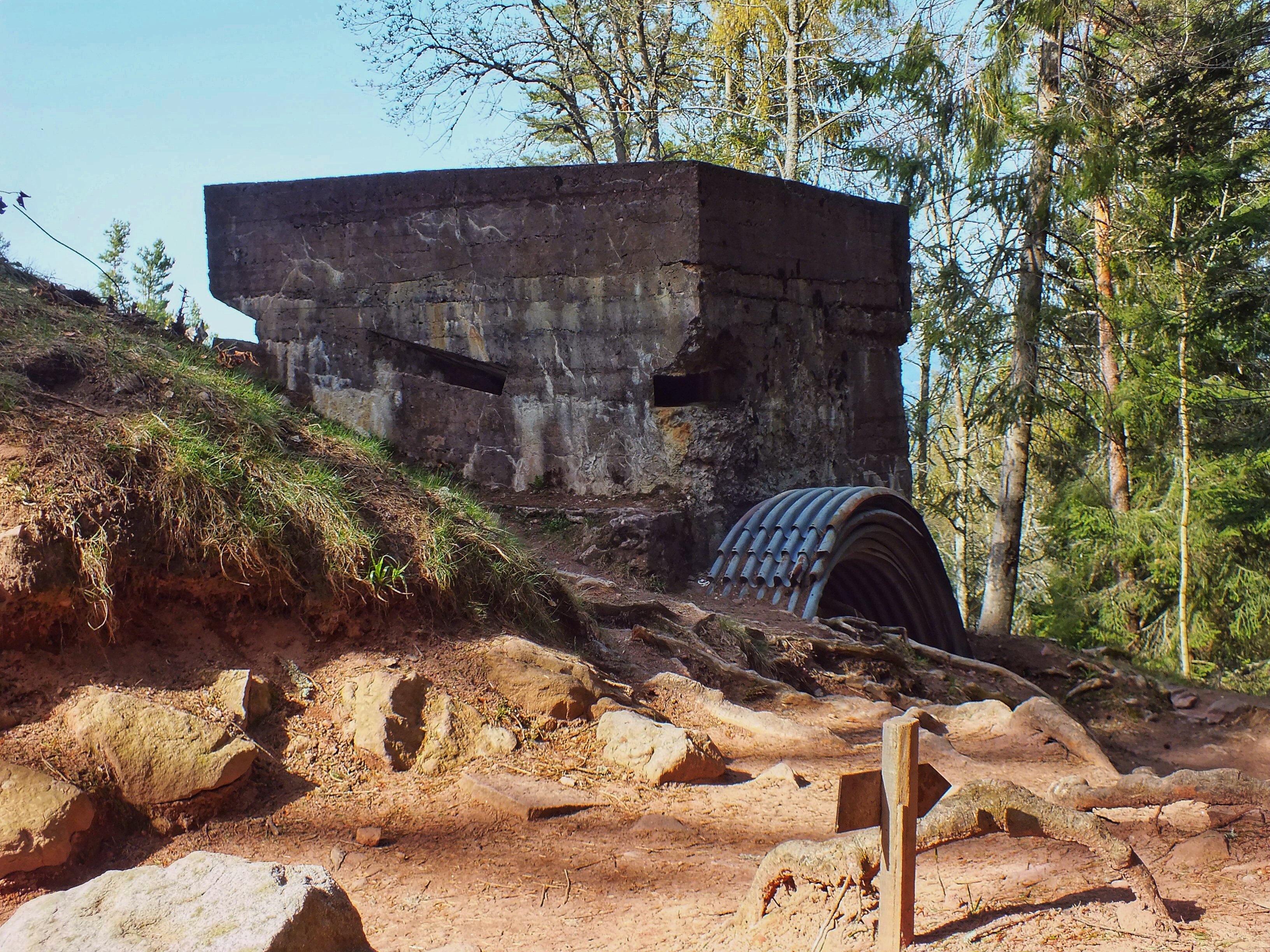 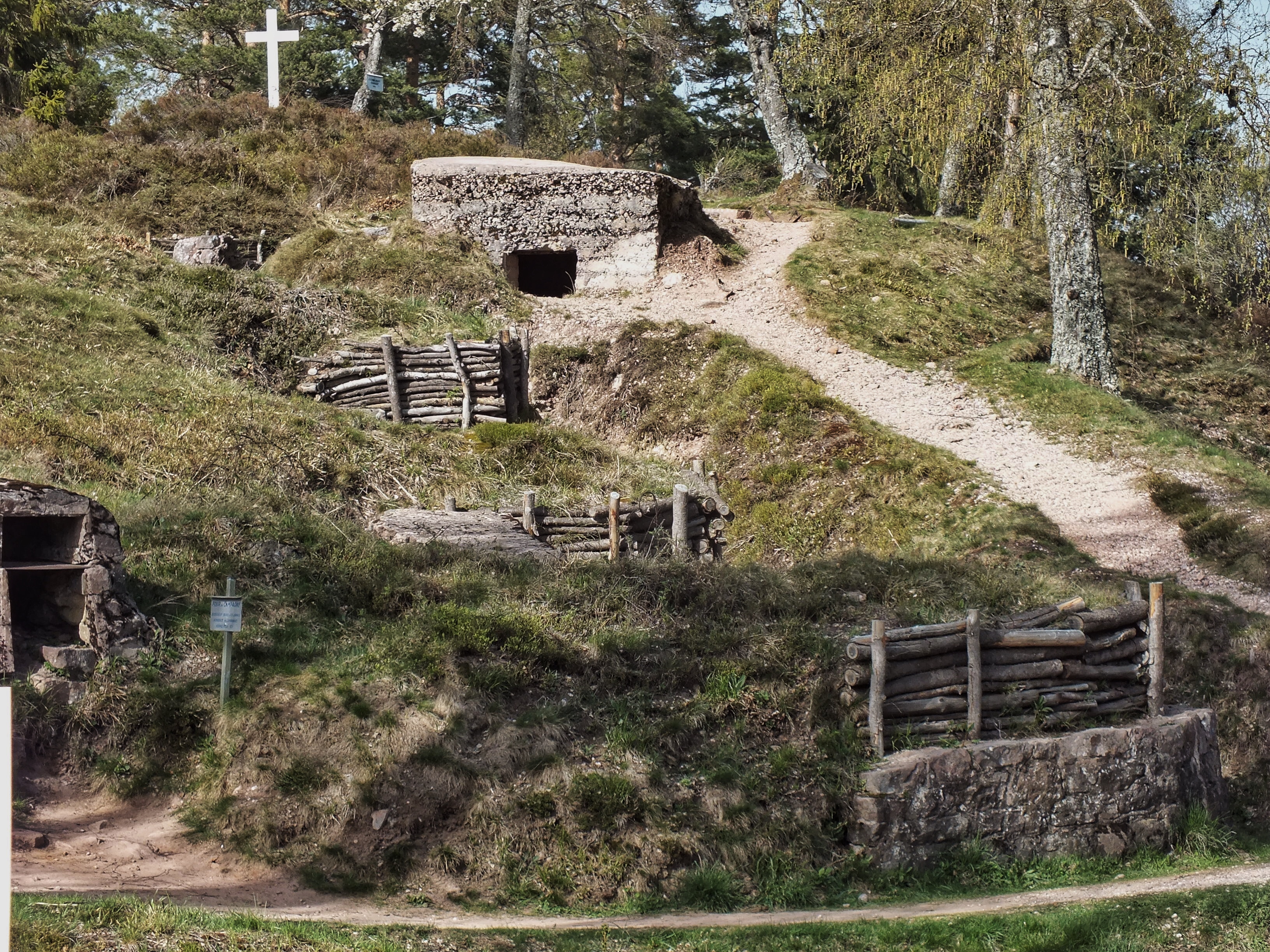 At the end of the ridge, we could see out over the valley to the mountains on the other side. 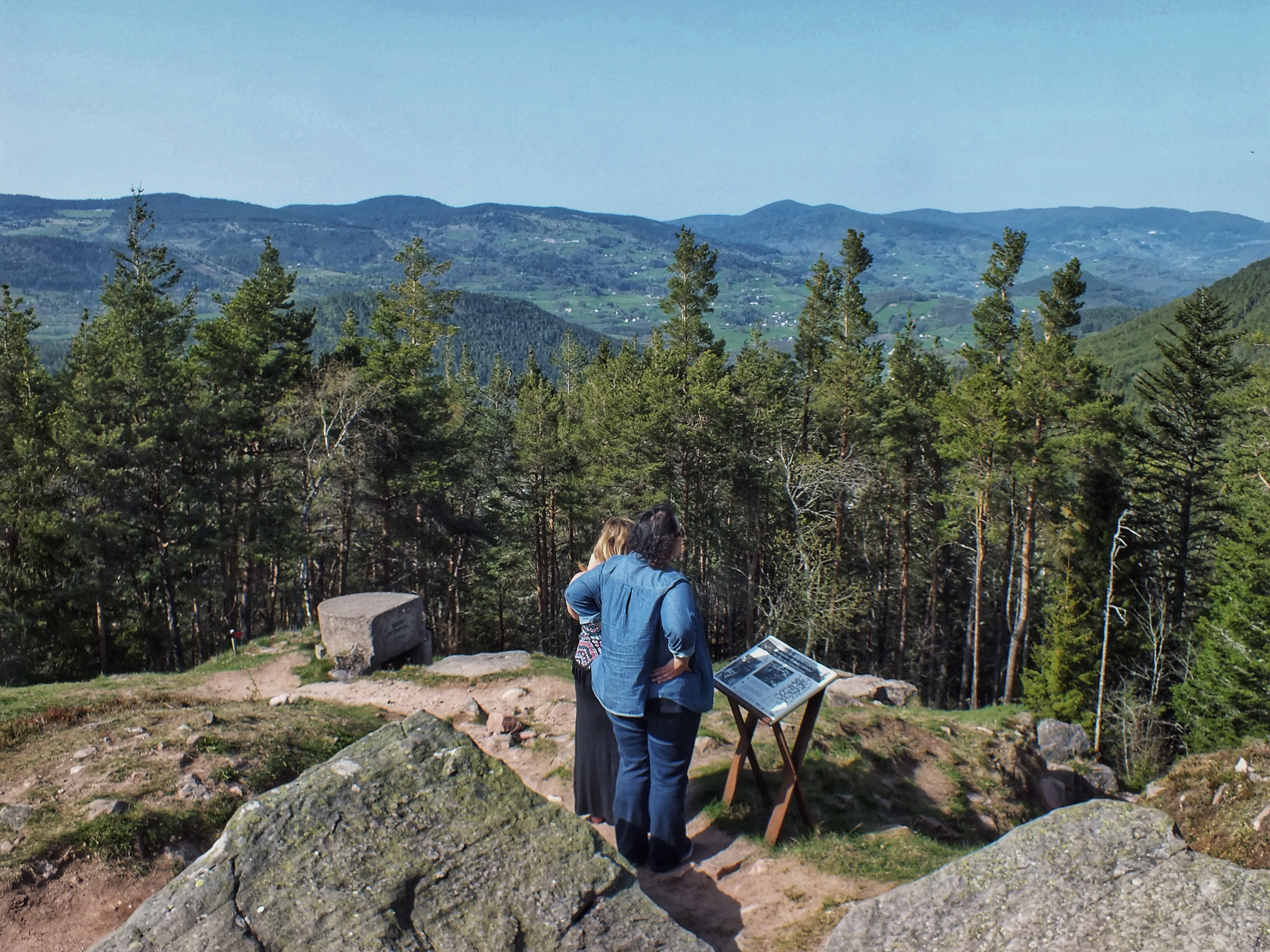 The return trail ran along the ridge through the area between the trenches. 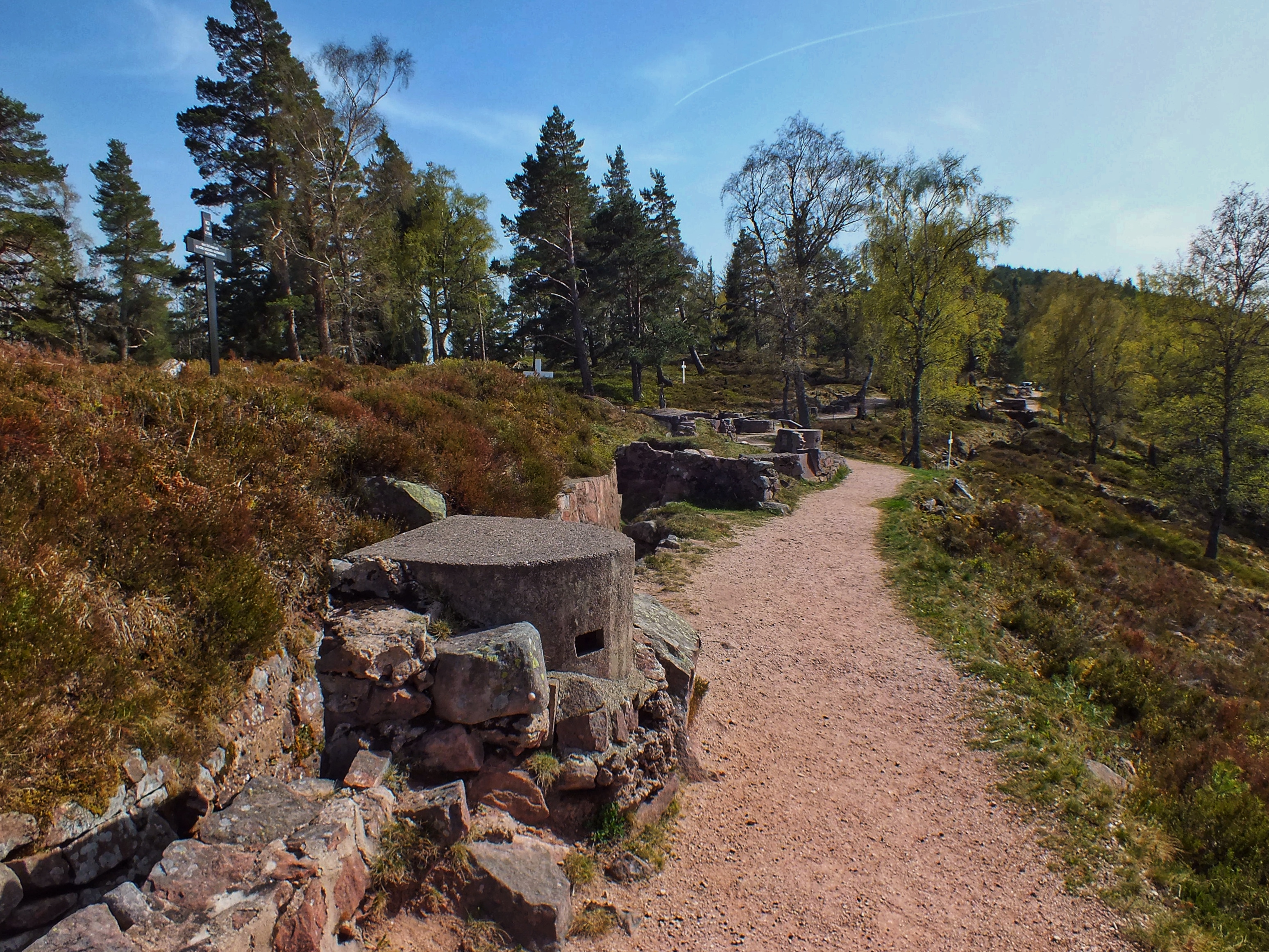 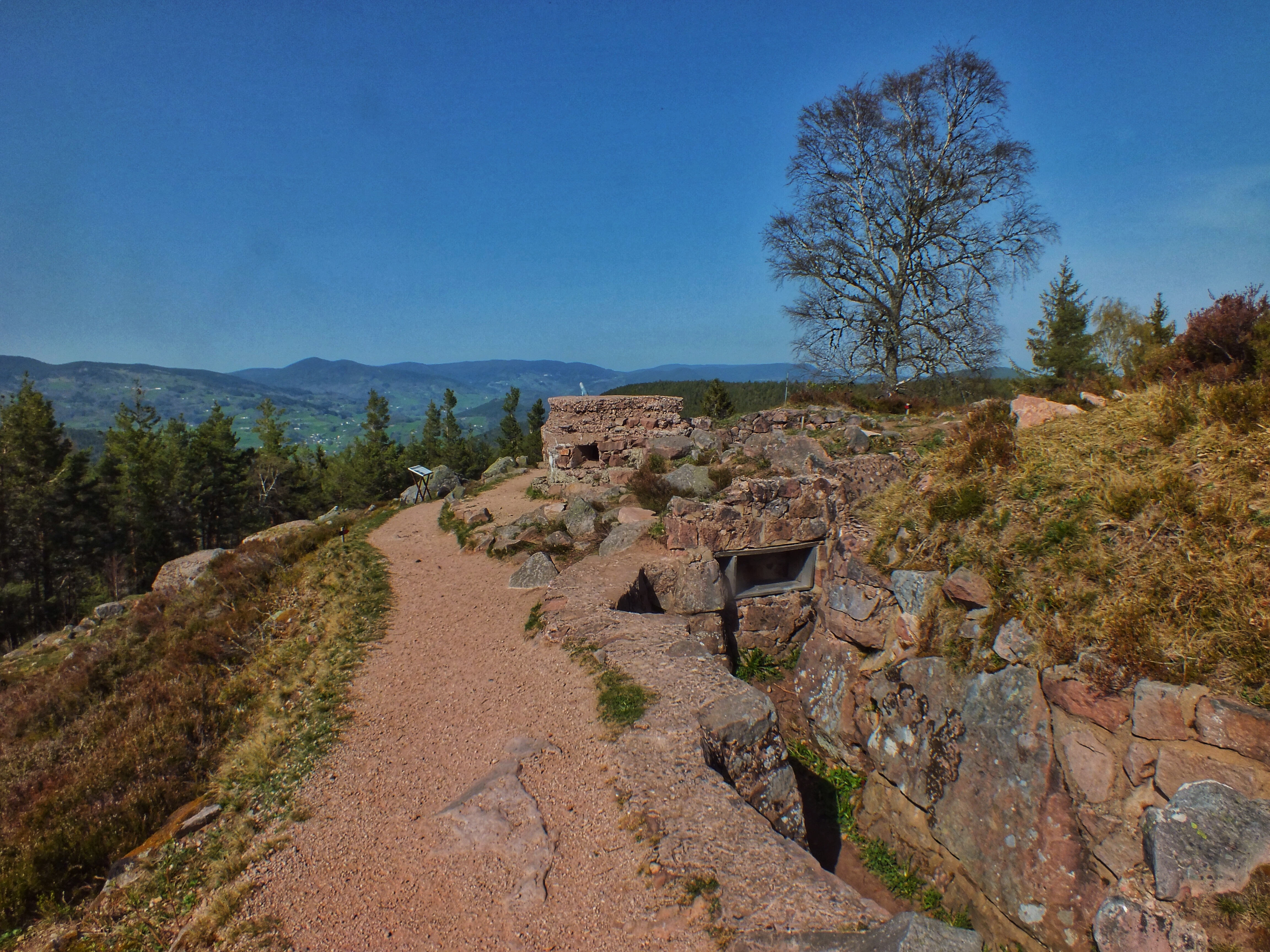 In one spot, the French observation trenches came within maybe six feet of the German front lines. In the photo below, the German front is right along the left of the path. The French lines are to the right, and one spoke of it ends right in front of where I stood, just behind that think sign. 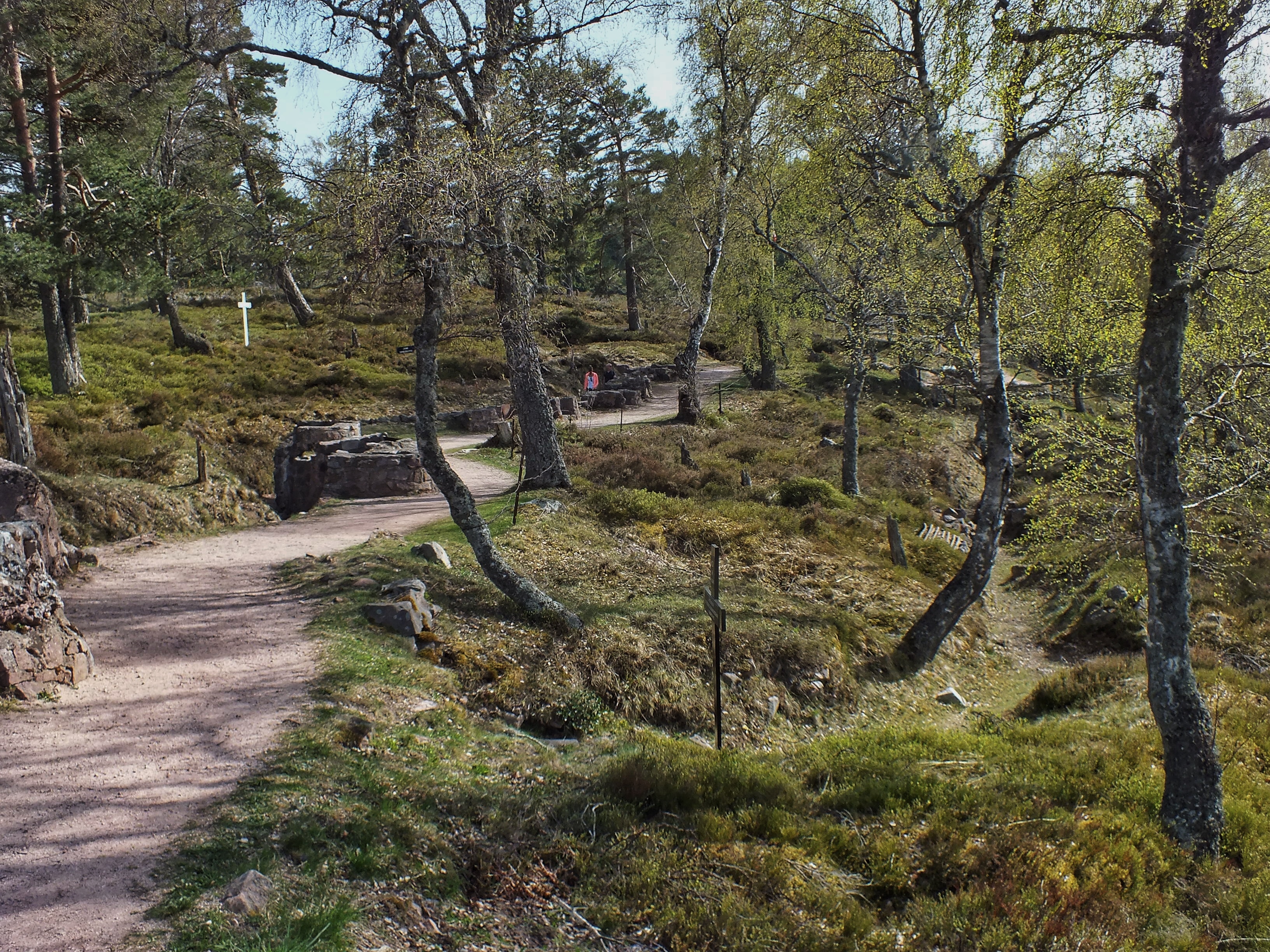 Another view of the French trenches looking back toward where the photo above was taken. 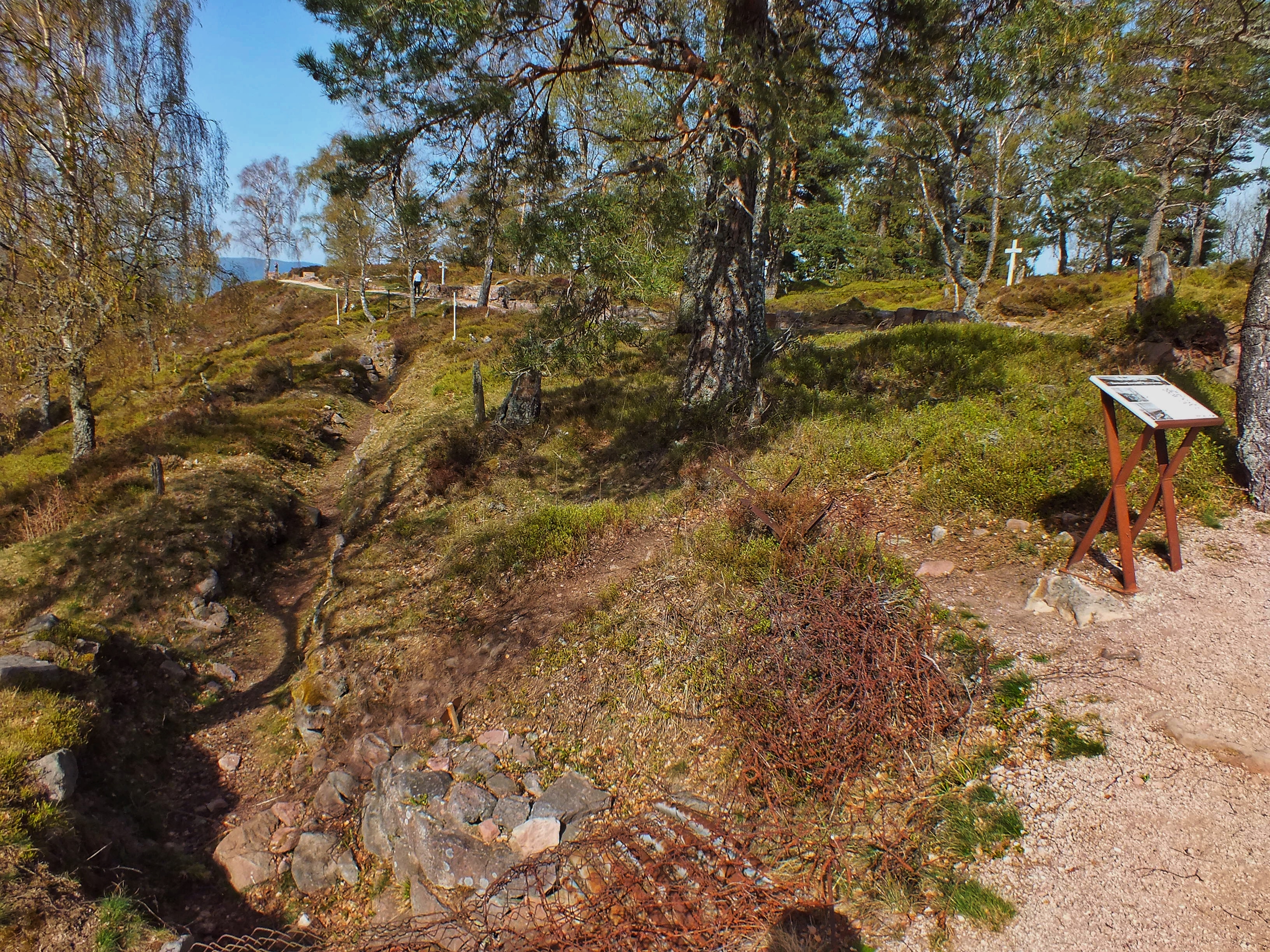 Not only trenches and pillboxes, but wire obstacles of various types have survived in place. Here you can see a thick coil of barbed wire at the top of the slope across which the French attacked. 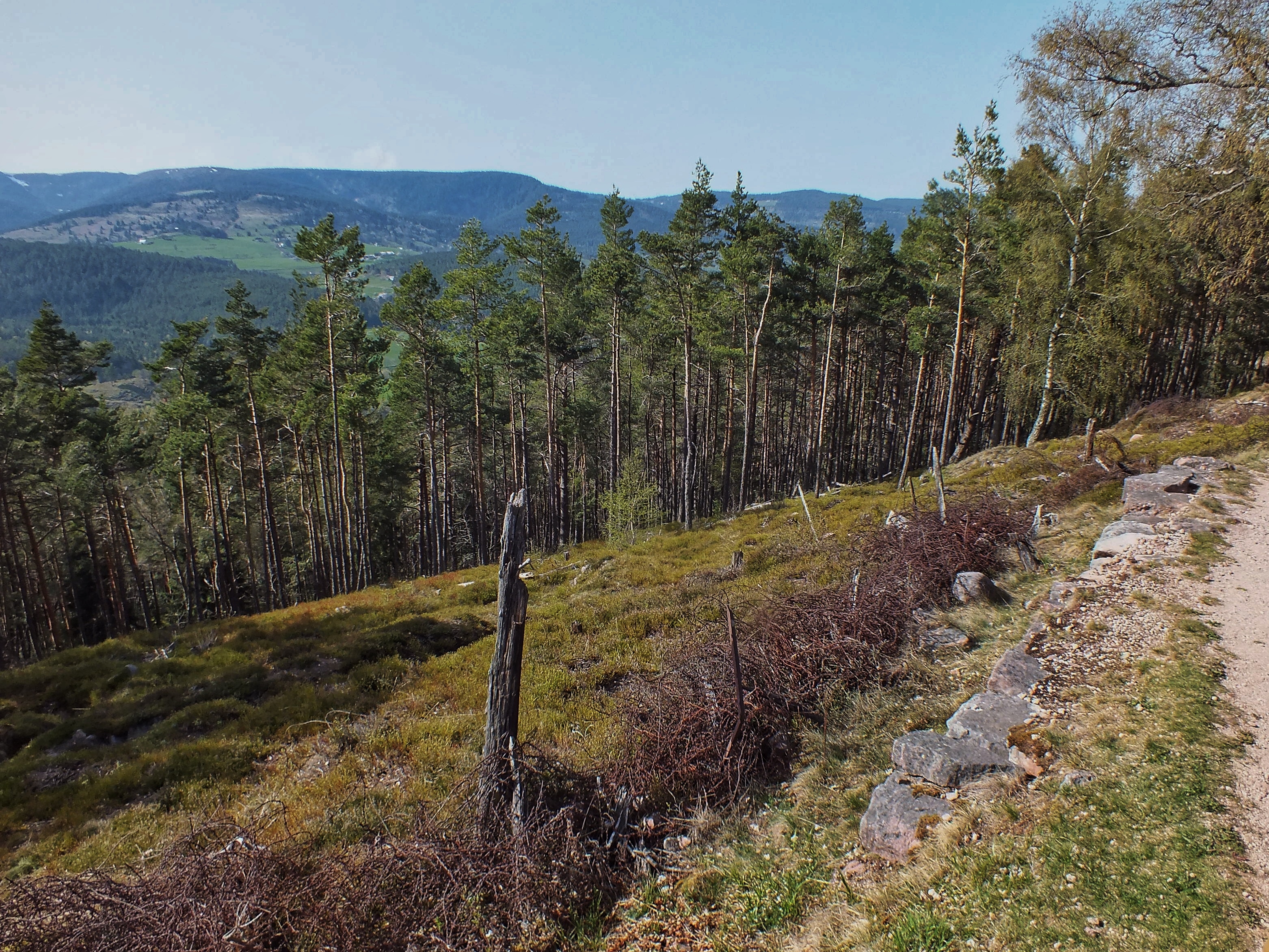