Of course, on a tour of Europe, you have to visit a castle so we headed to one on Tuesday morning.  We could see our destination when we were still several miles away. 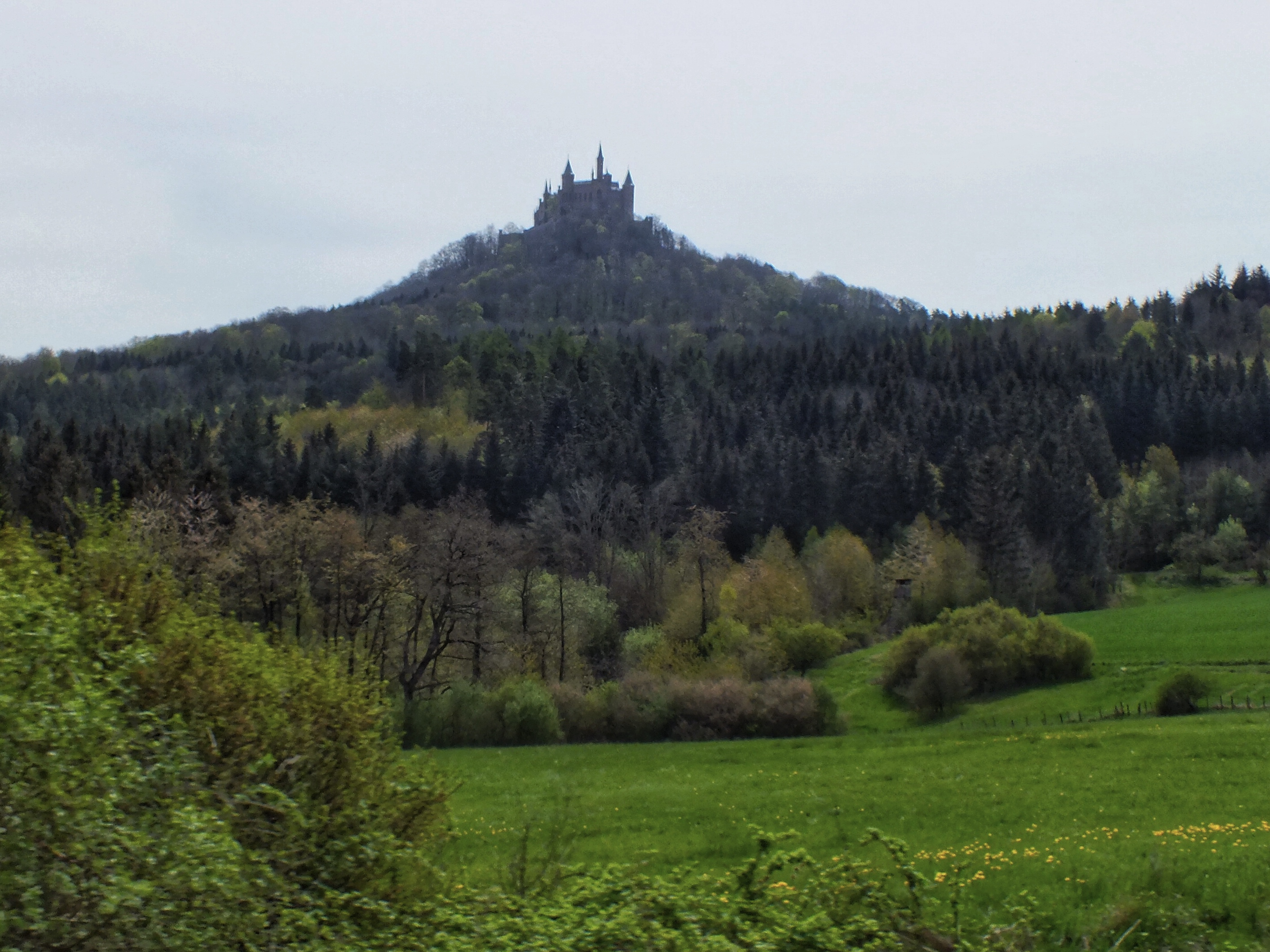 We parked at the bottom of the hill and caught a ride on a shuttle bus with a very unpleasant, unhappy driver. 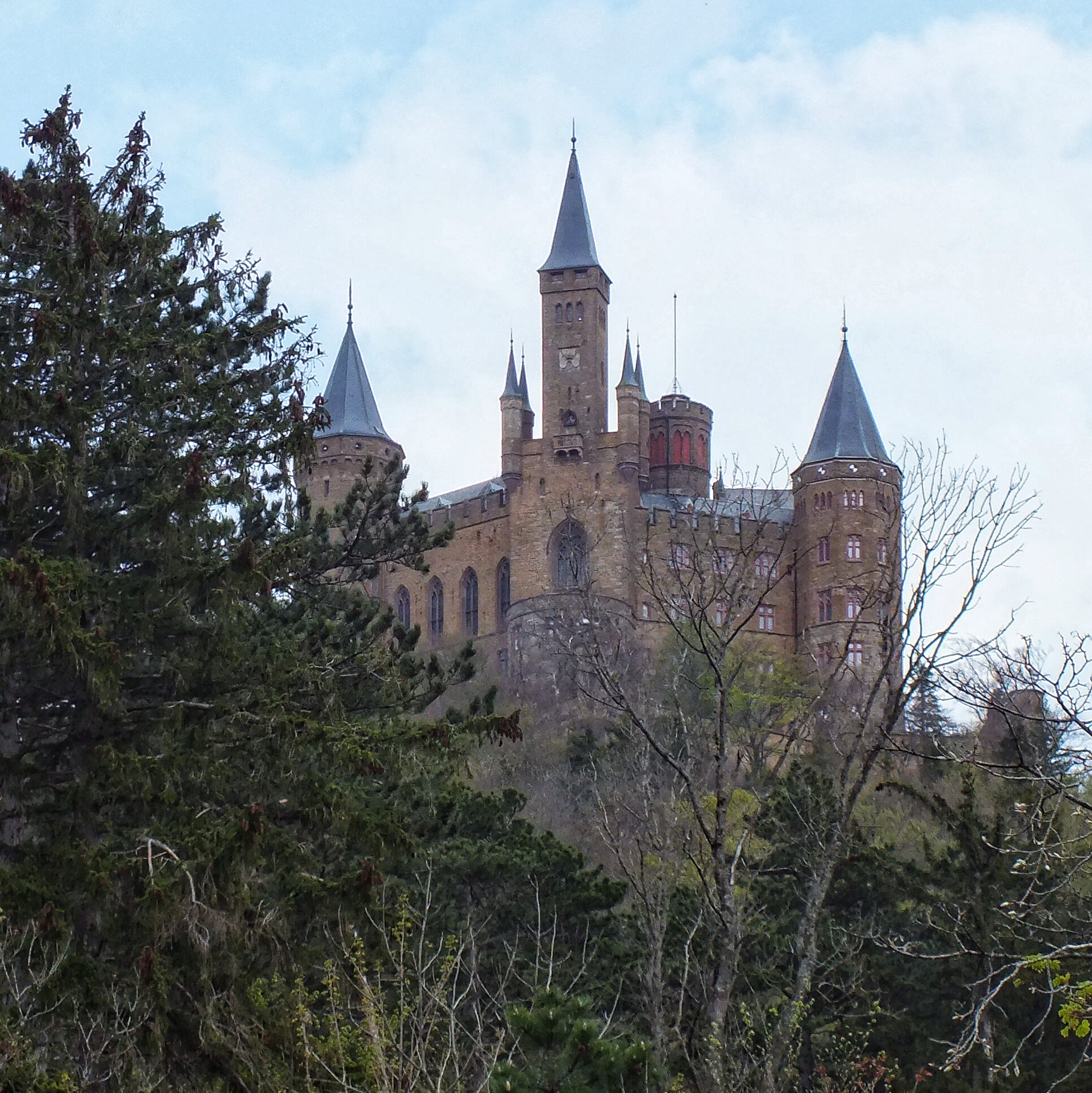 The House of Hohenzollern first built a castle on the hill in the 1000’s. It was destroyed in 1423 during a war between feuding lines of the family. A second castle was built in 1461 and lasted to the late 1700’s when it fell into disrepair. The third castle was constructed by King Frederick William IV of Prussia as a memorial to his family after he was inspired by a nostalgic visit. He was offered the crown of Germany in 1849 and became the first of three German Emperors. This third castle was never intended as a primary resident of the family, and has never been used as such except for Prince Wilhelm, the son of Kaiser Wilhelm II, who took refuge there for a short time at the end of World War II. I had no idea of any of this history when we arrived, and finding out that the castle was owned by historical figures I’d actually heard of made the experience even better. The Hohenzollern family still owns the castle. 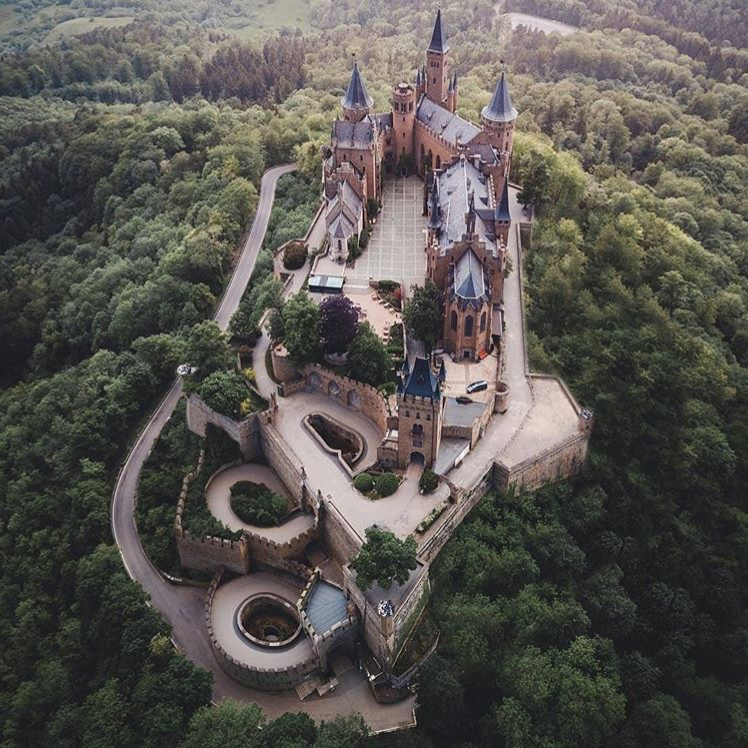 We were released by the grumpy bus driver by the main gate.

A way was made for carriages to get up to the courtyard by way of a spiral drive that makes three tight circles. We walked this roadway, admiring the view out over the valley as we went. 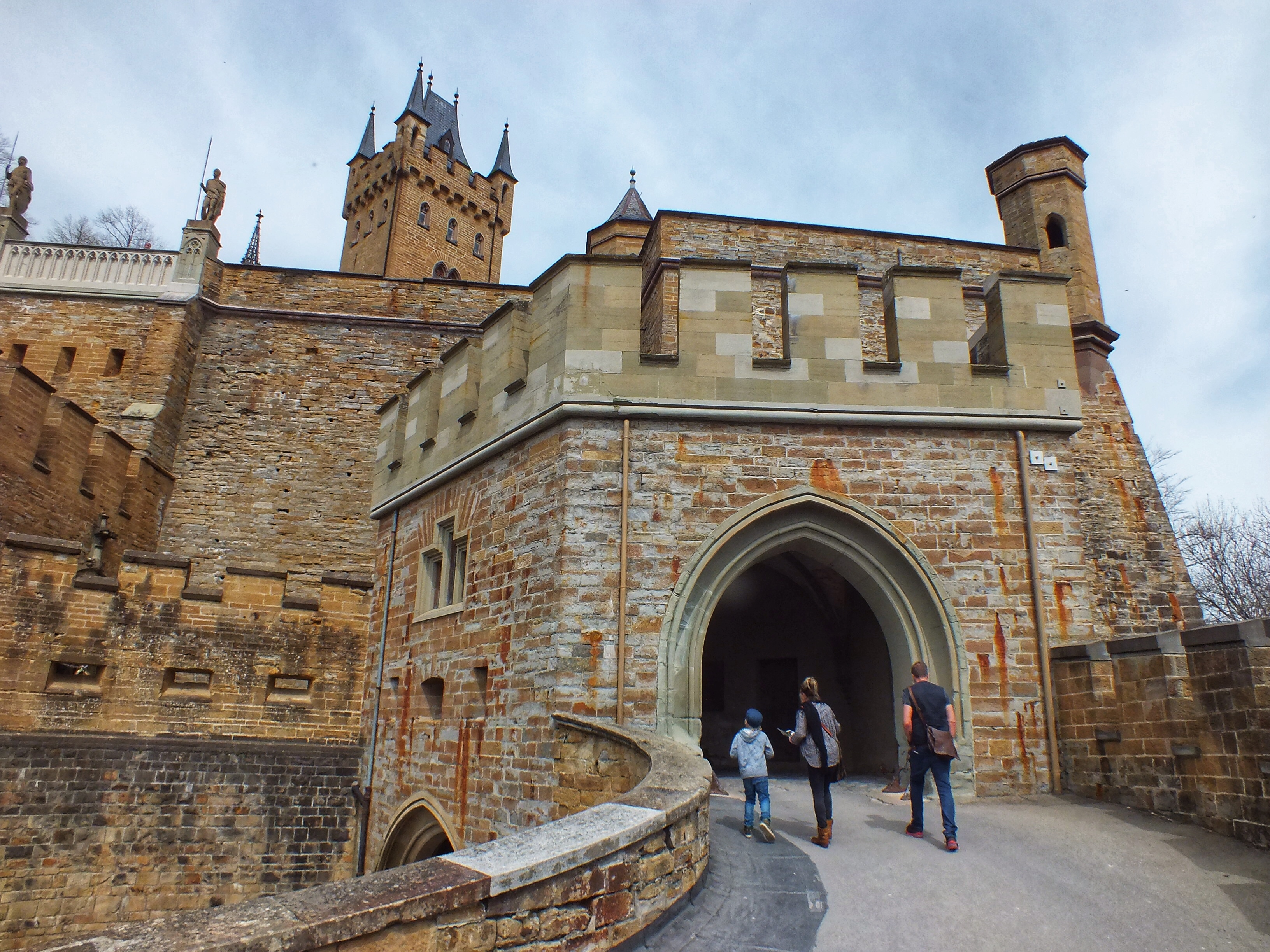 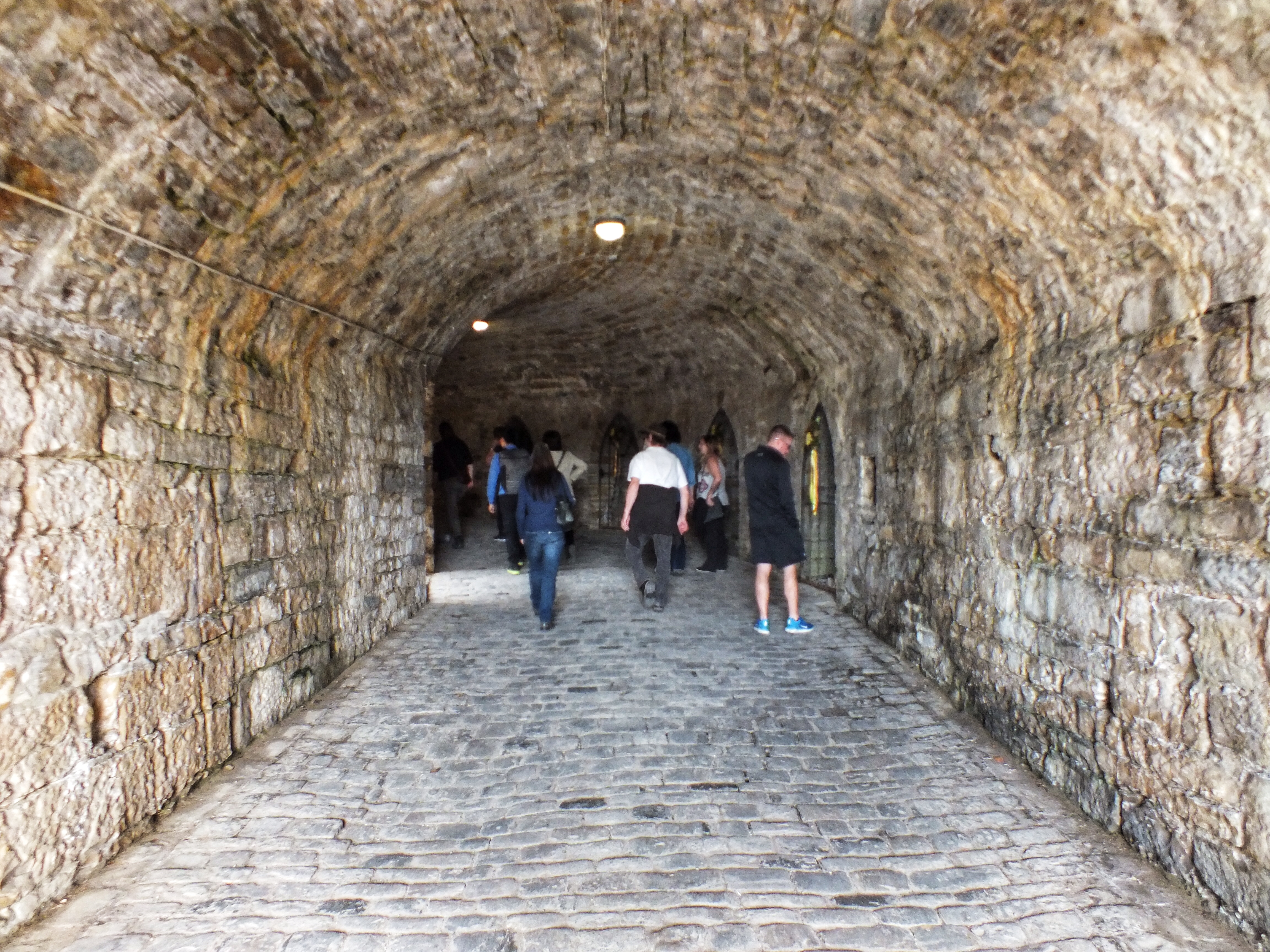 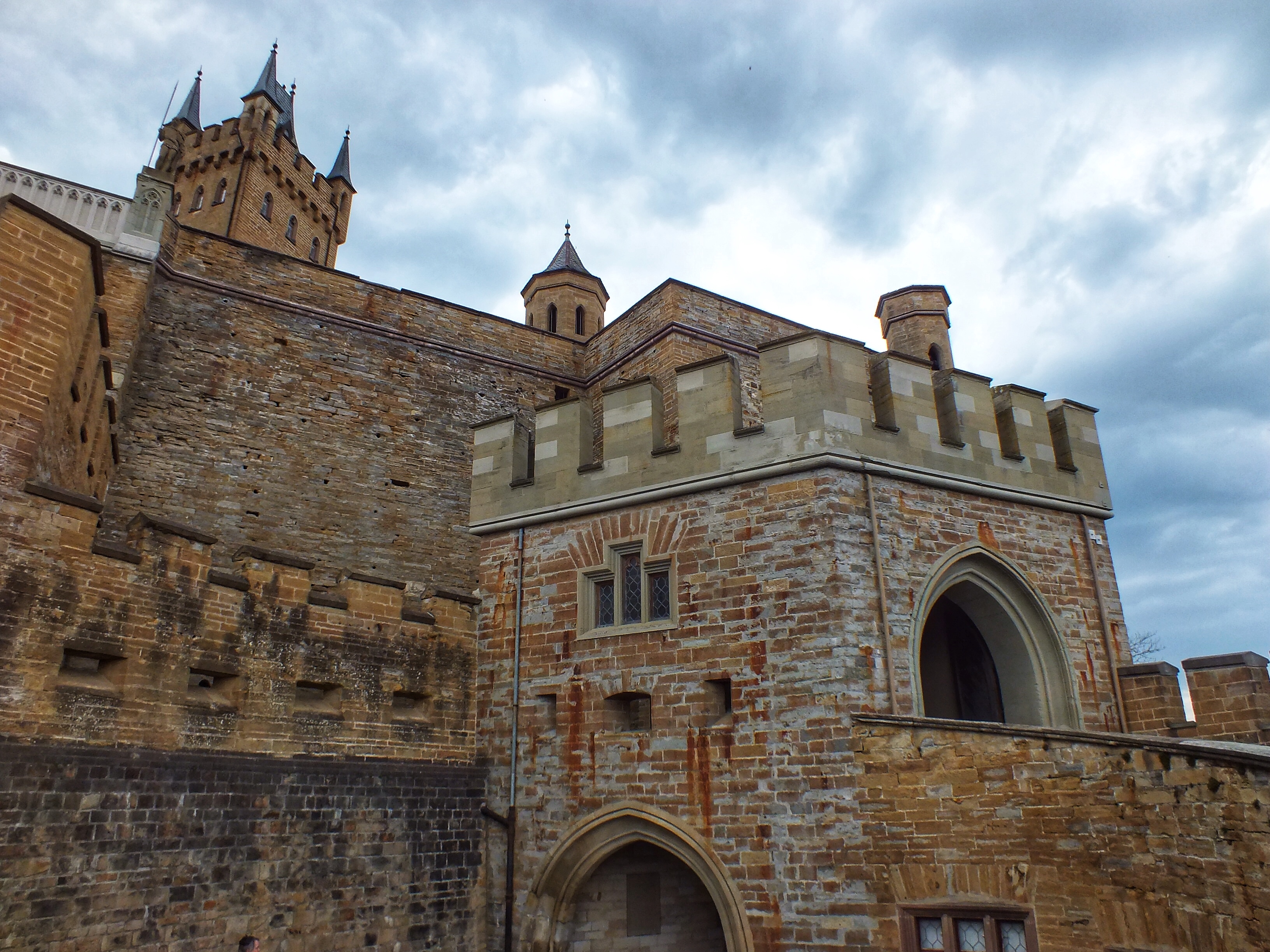 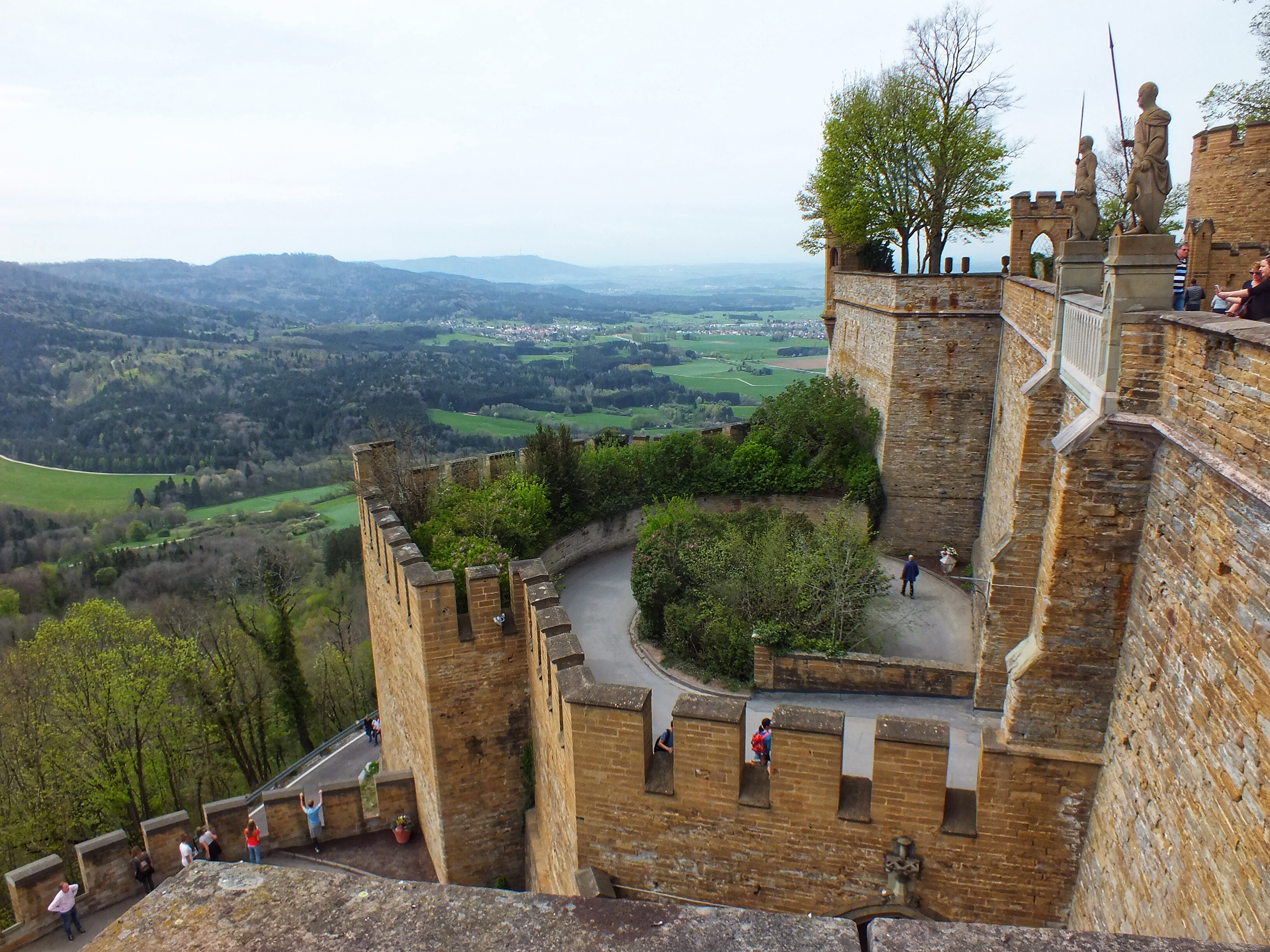 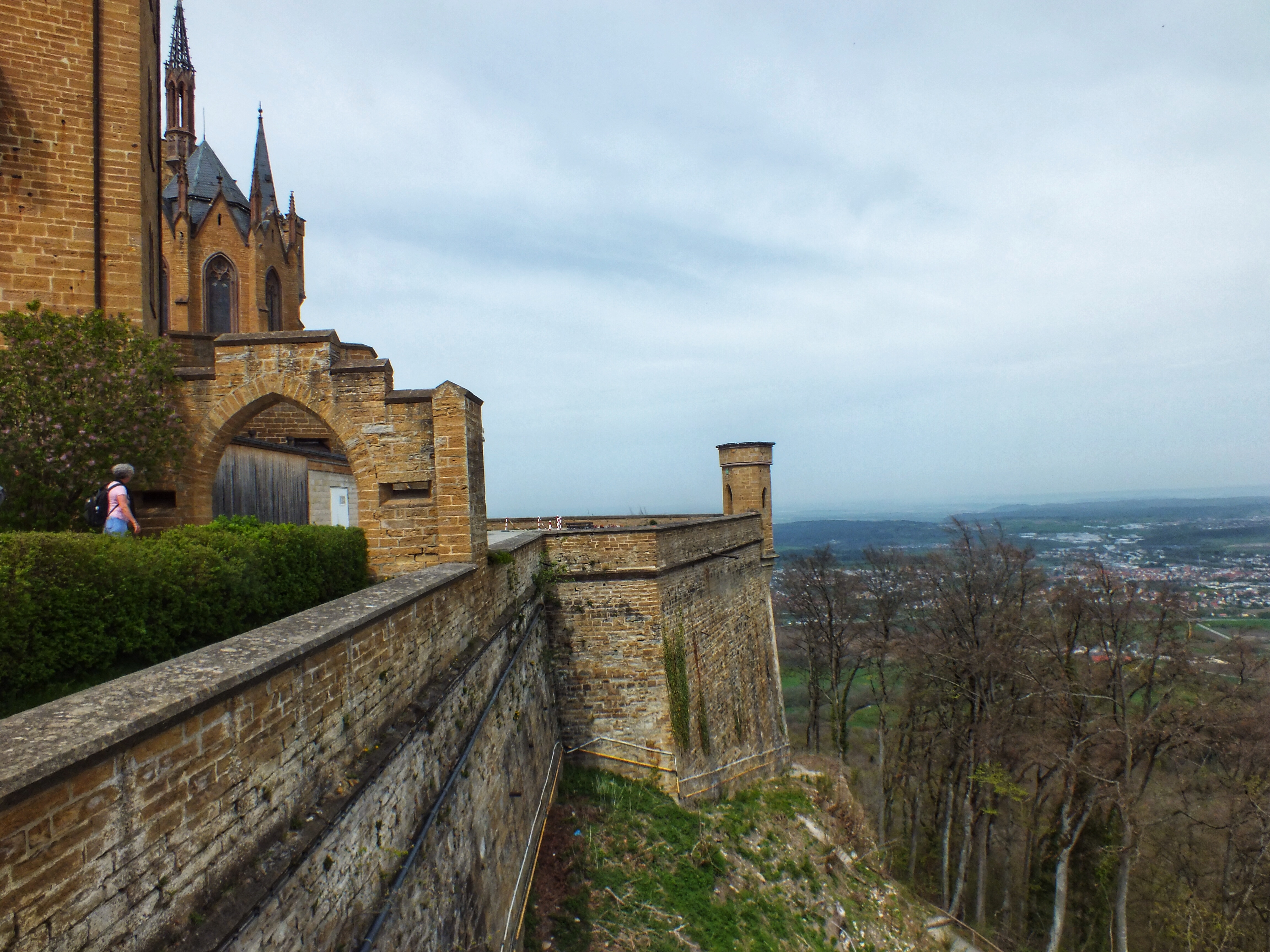 There’s a restaurant in the courtyard, next to a garden with a bird feeder. Greenfinches were moving around the area, so after I sipped an unpleasantly warm apple drink, I left my family to seek more birds.

Along the walkway that surrounds the main part of the castle, there are bronze statues of some of the Hohenzollern rulers. 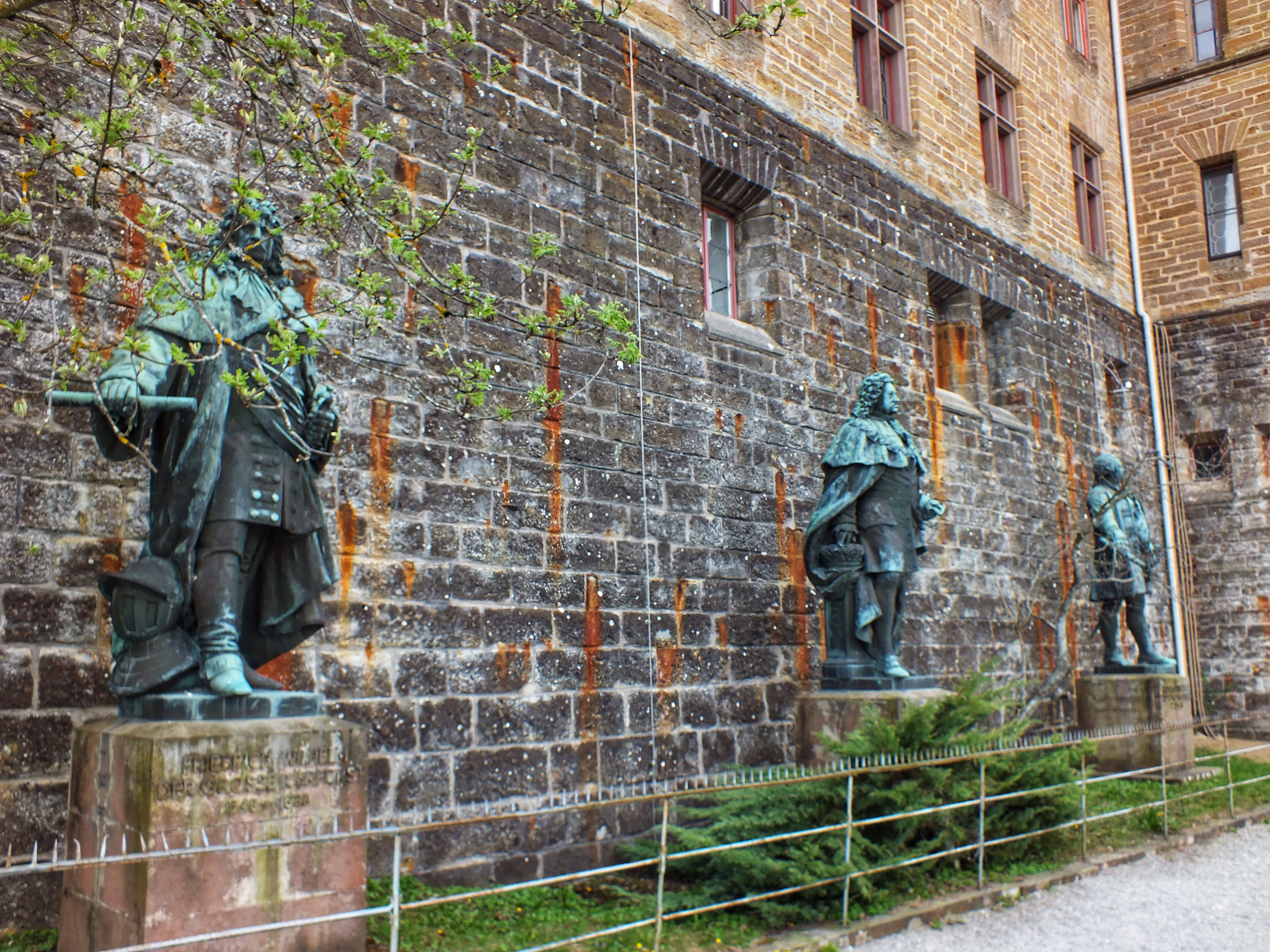 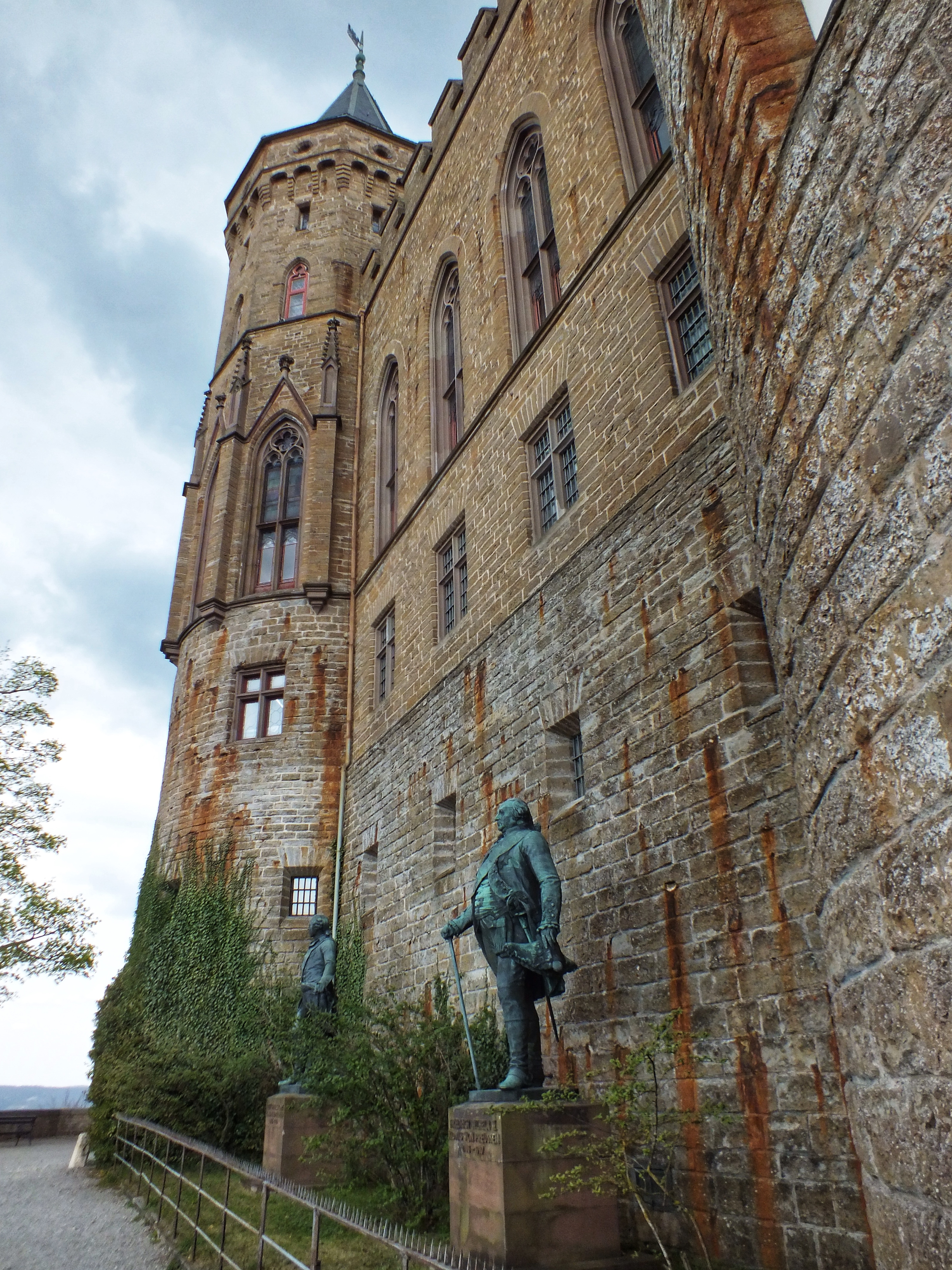 We had decided to buy the complete package, which included a guided tour of the main part of the castle. Until it was time for our (English language) tour, we wandered in and out of those areas open to all visitors.

This included the Catholic chapel. 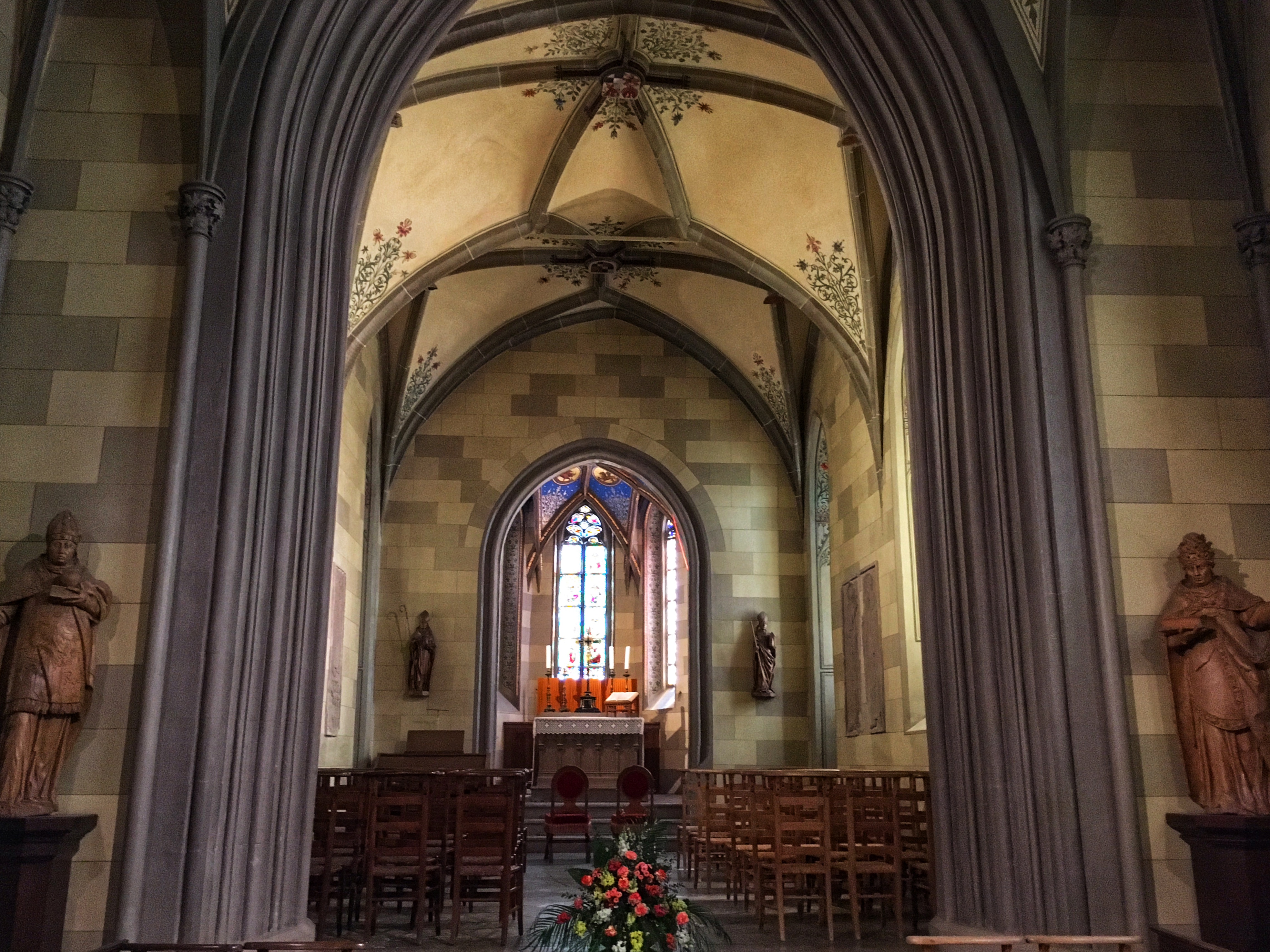 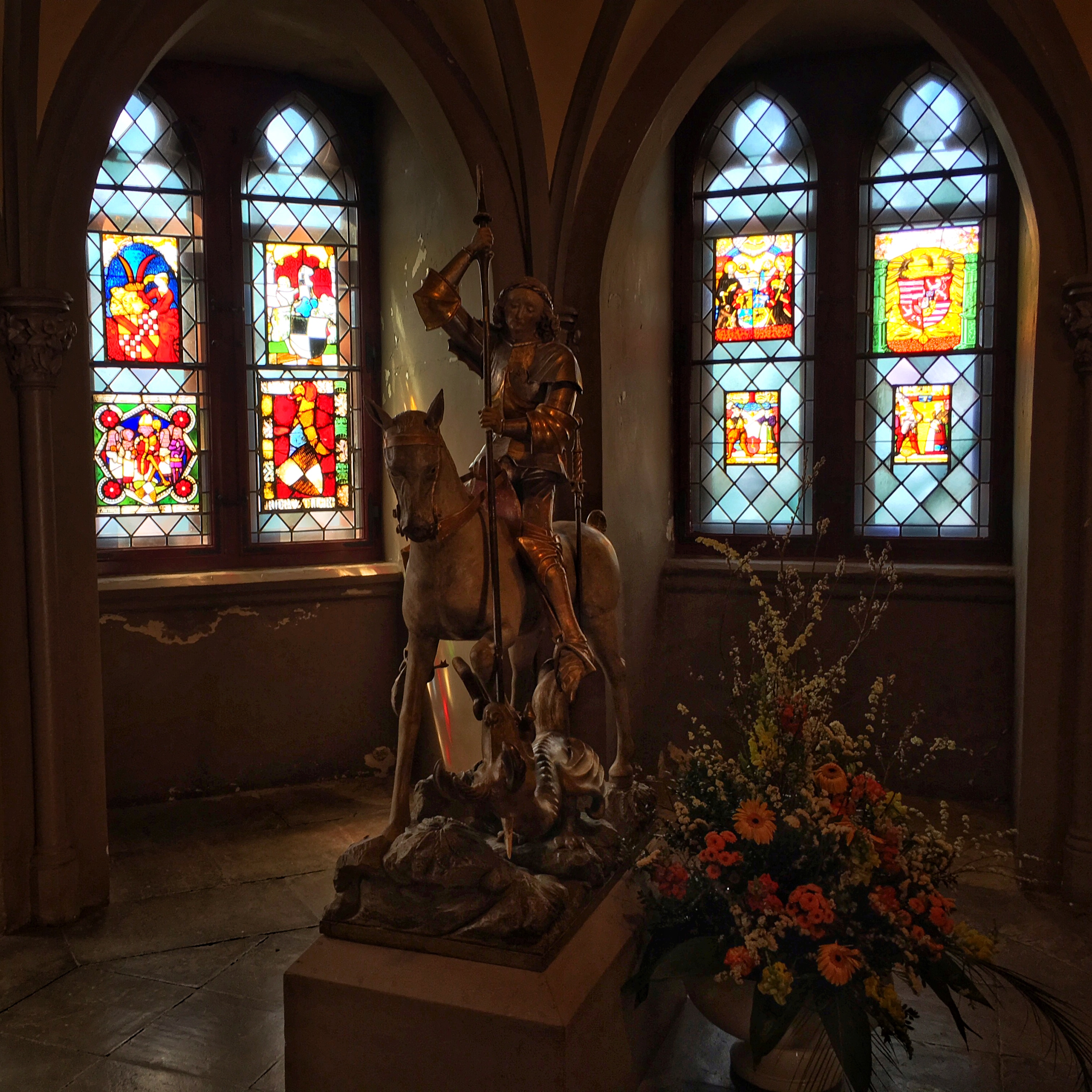 And the gate house. 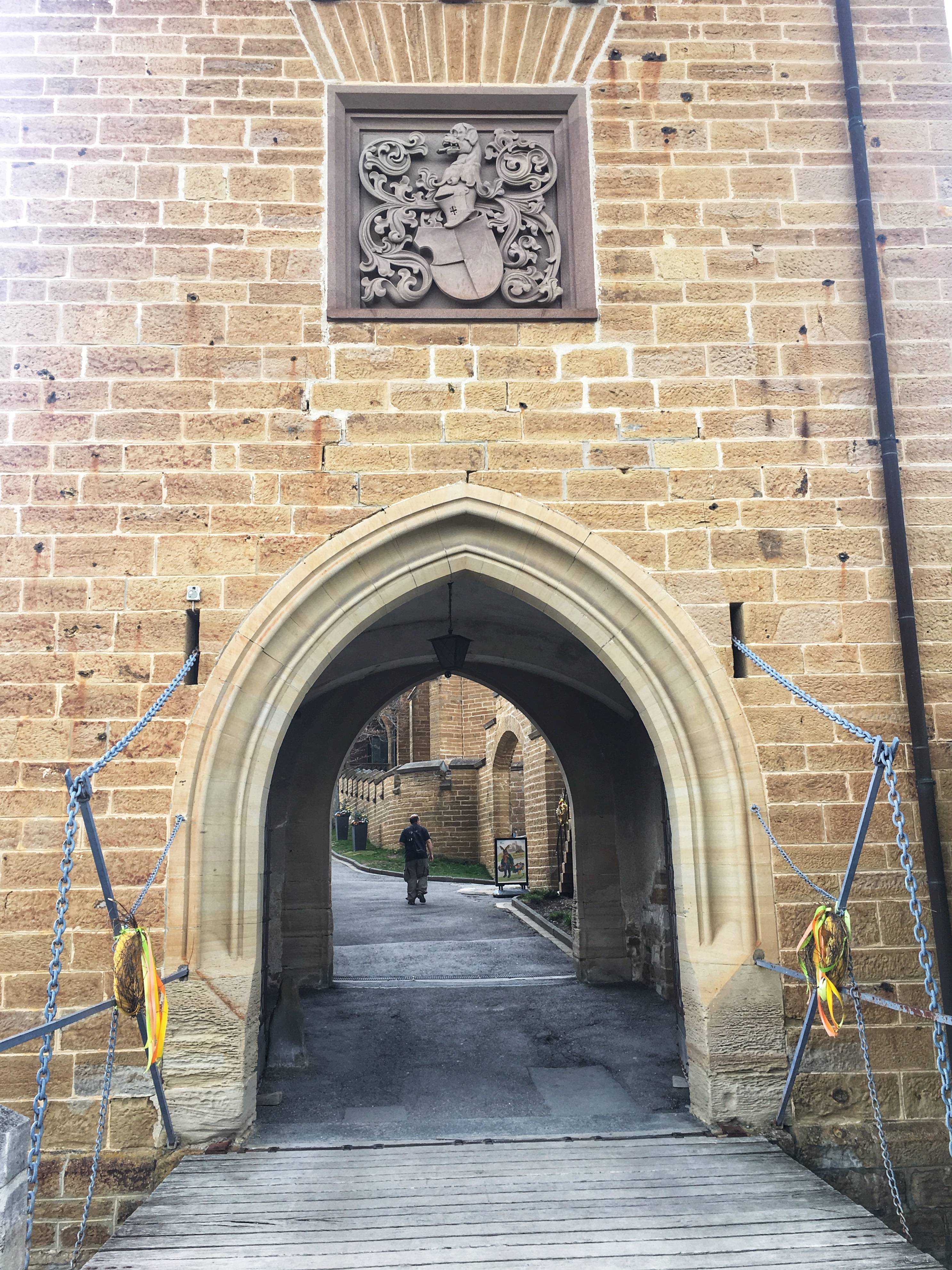 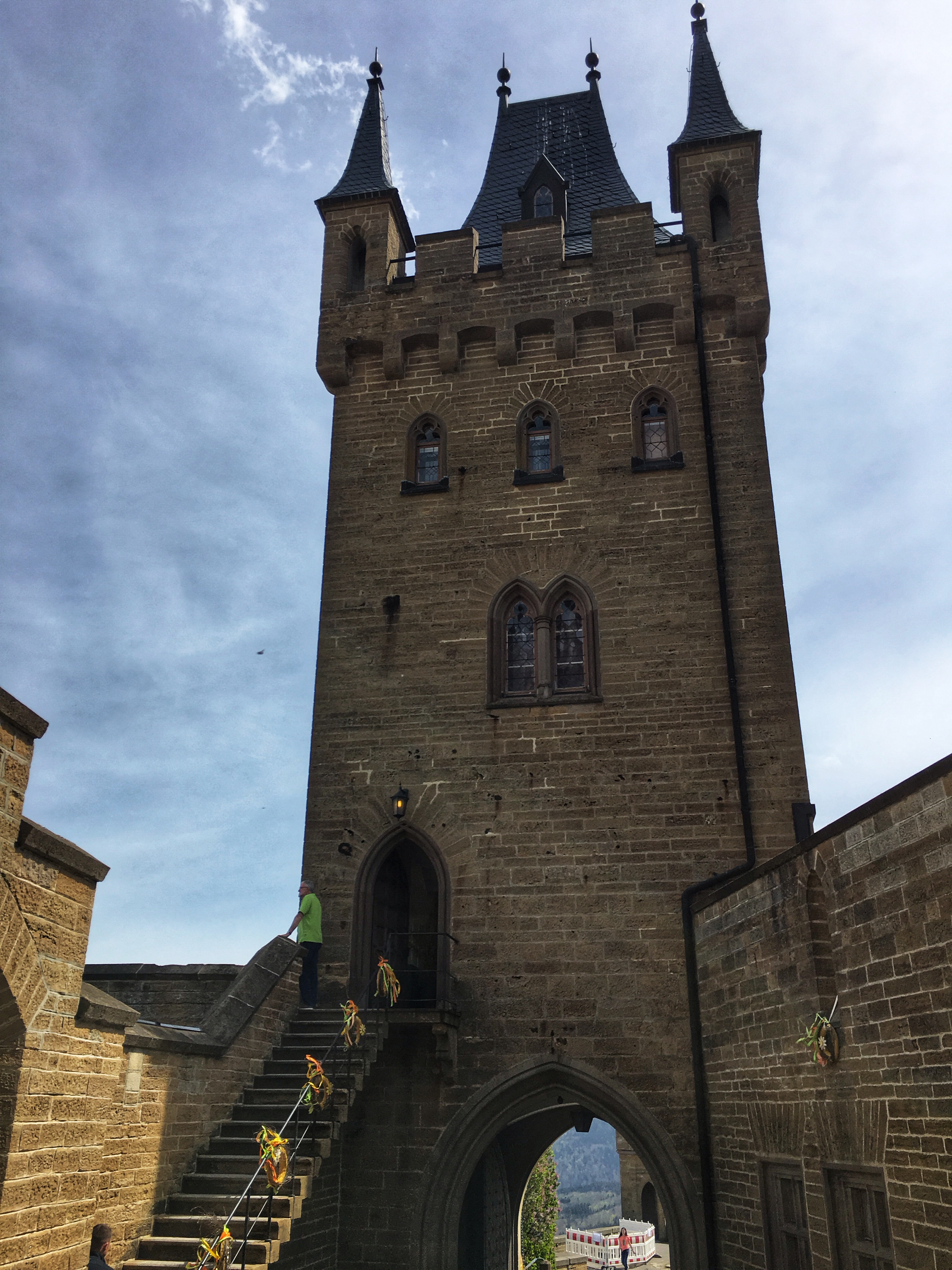 On each of the two floors, there was a small room with a display of antique Easter decorations. 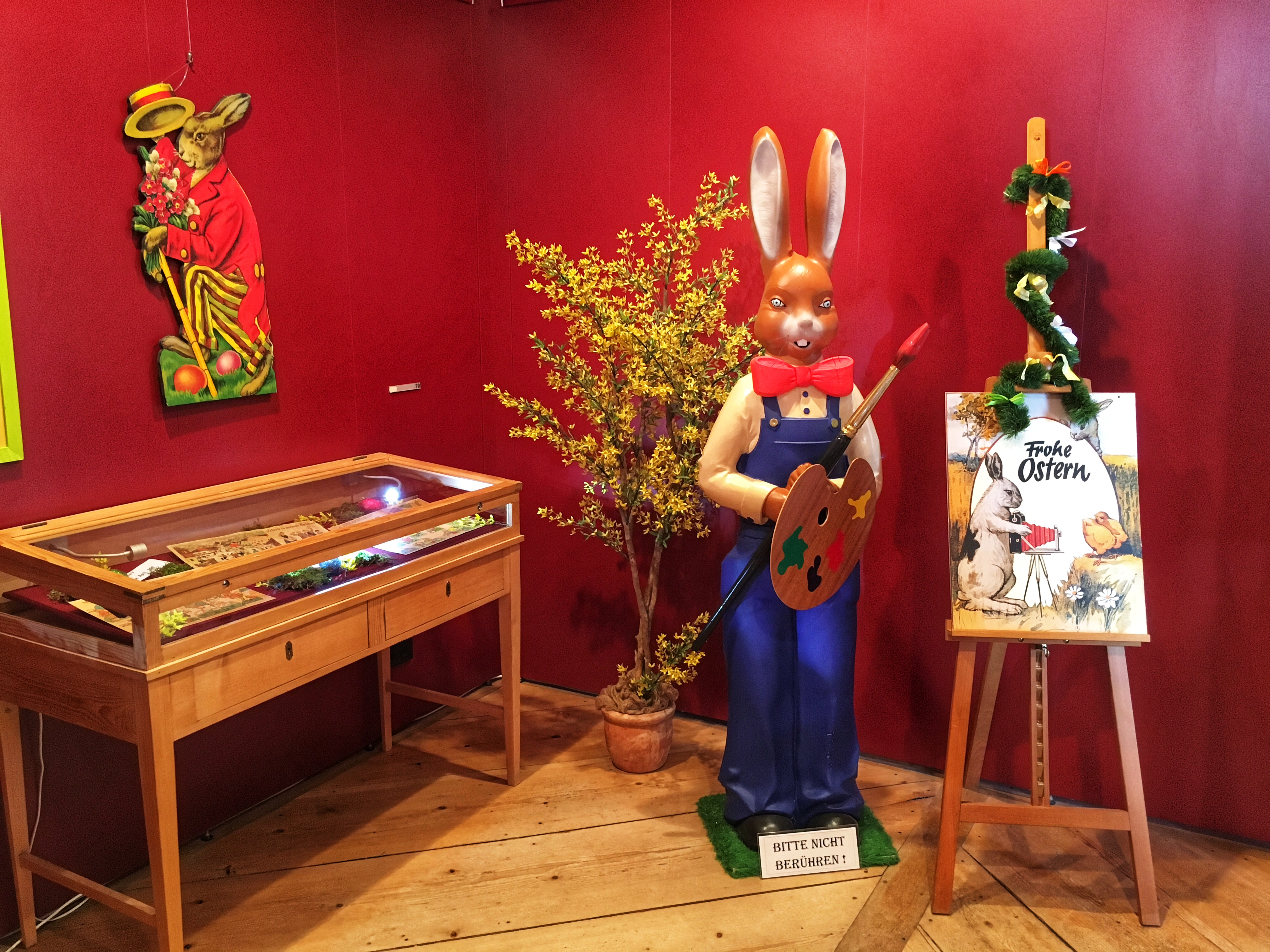 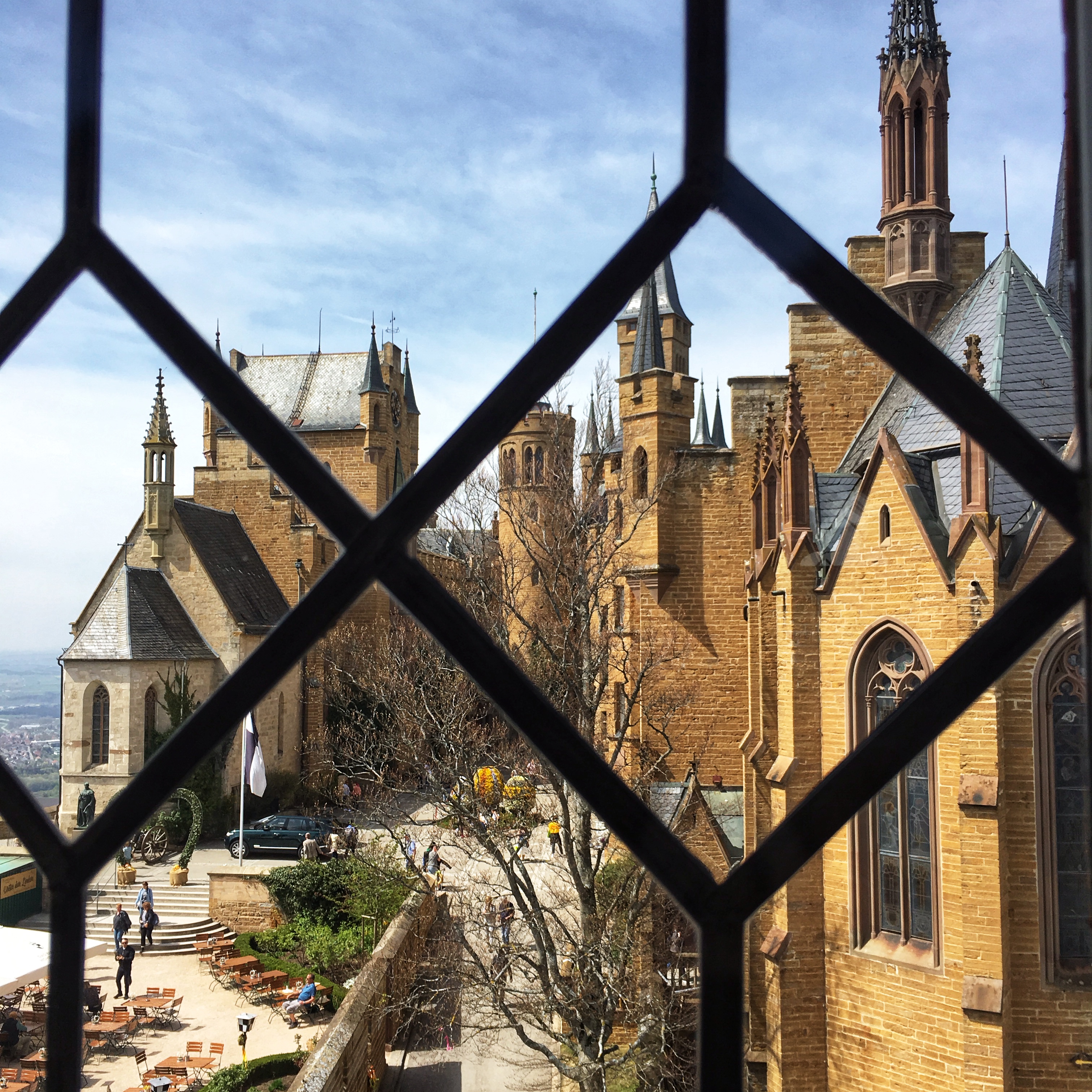 When time for our tour approached, we stood by the ornate doors that lead to the family quarters. 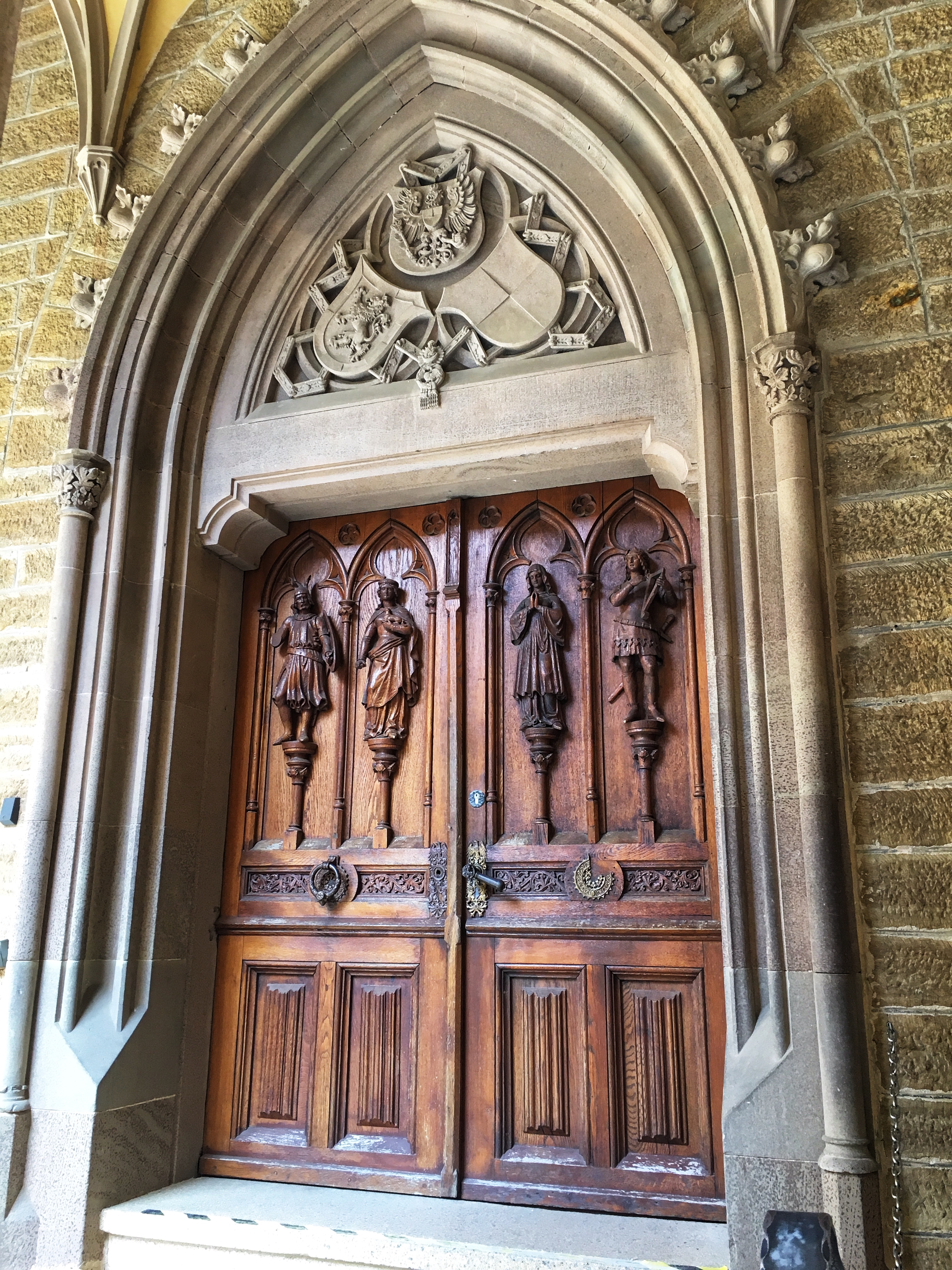 Our guide spoke good English with a strong accent. Her presentation, on the castle history, the architecture, and the members of the Hohenzollern family who have been around since the castle was built, was thorough and interesting. The first room had a family tree of both lines of the family painted on the walls. 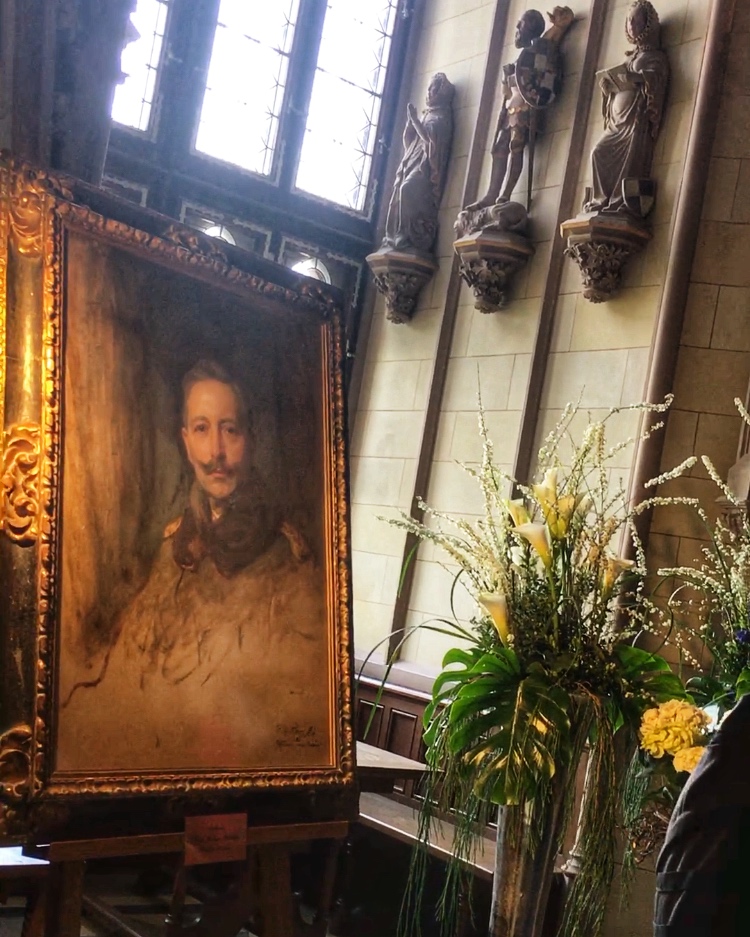 We went through the dining room, the study, the bedrooms, and the princess’ parlor. It was all very fancy, and yet stylish and not garish. Our tour ended in the treasury where, among other valuable pieces, we saw the ornamental crown of the Emperors.

We wandered down into the basement levels where evidence of the previous castle could be found. The family silver was also kept down there. 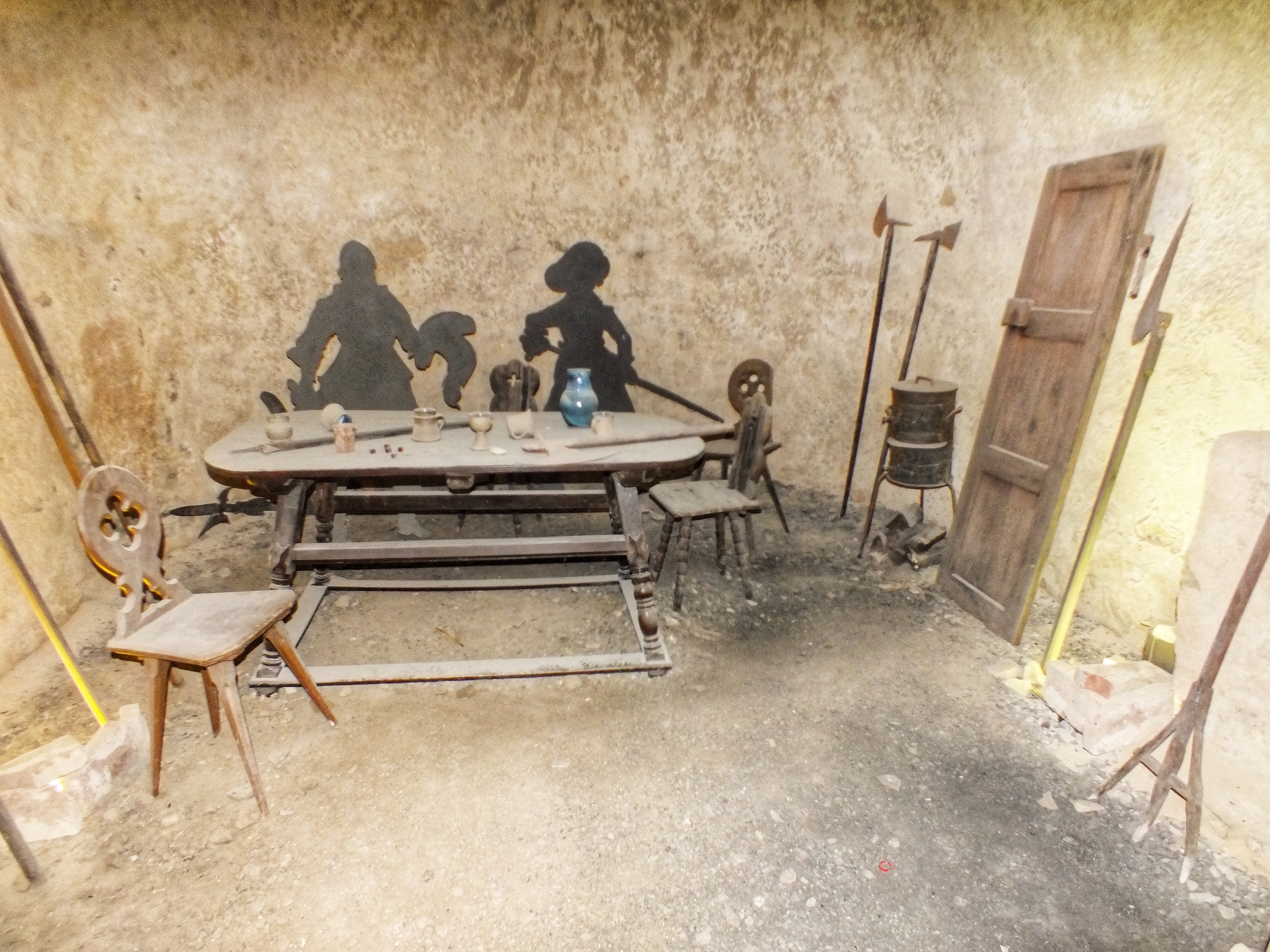 We ate lunch in the courtyard, then wandered about enjoying the atmosphere and the views. 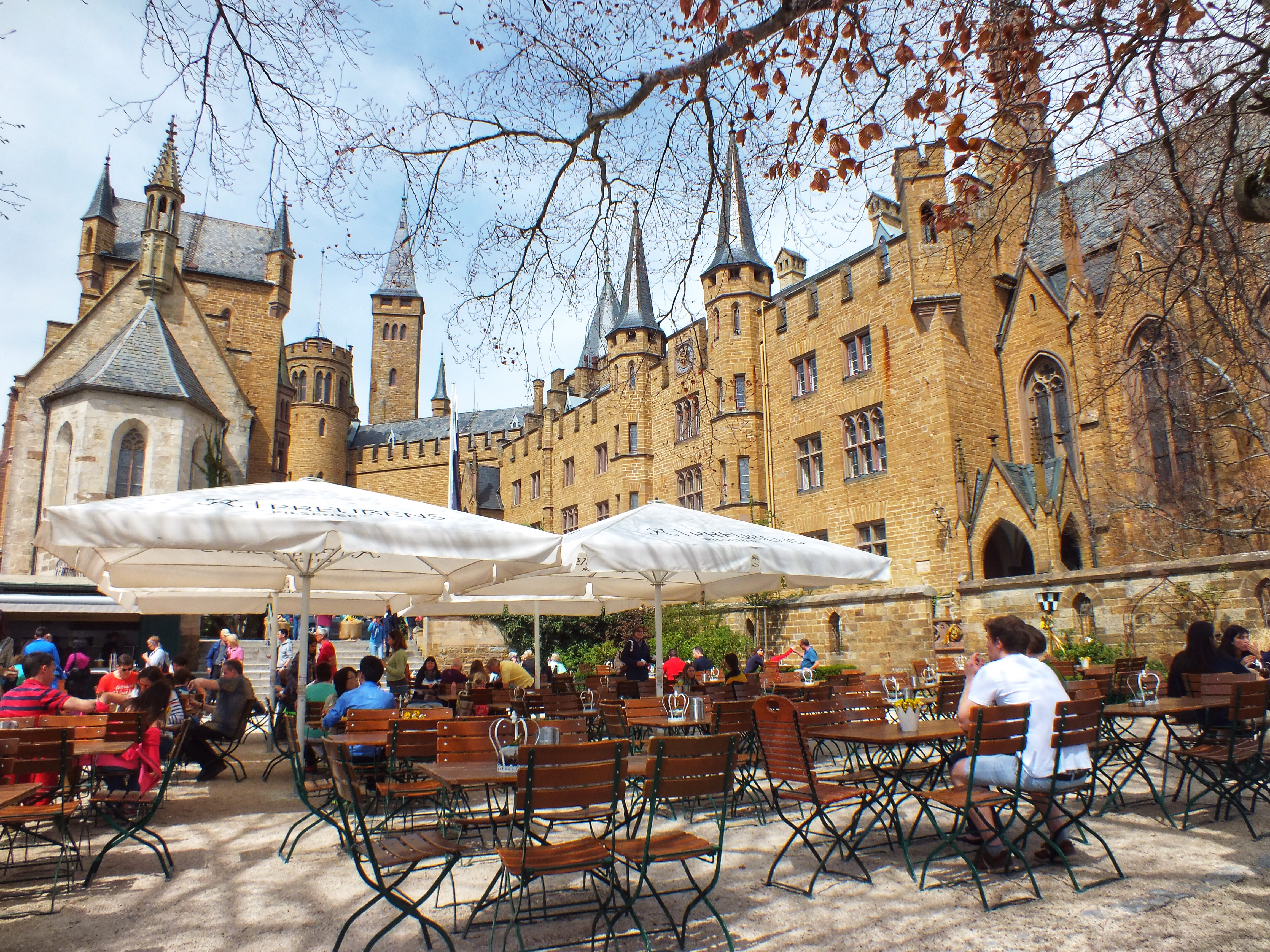 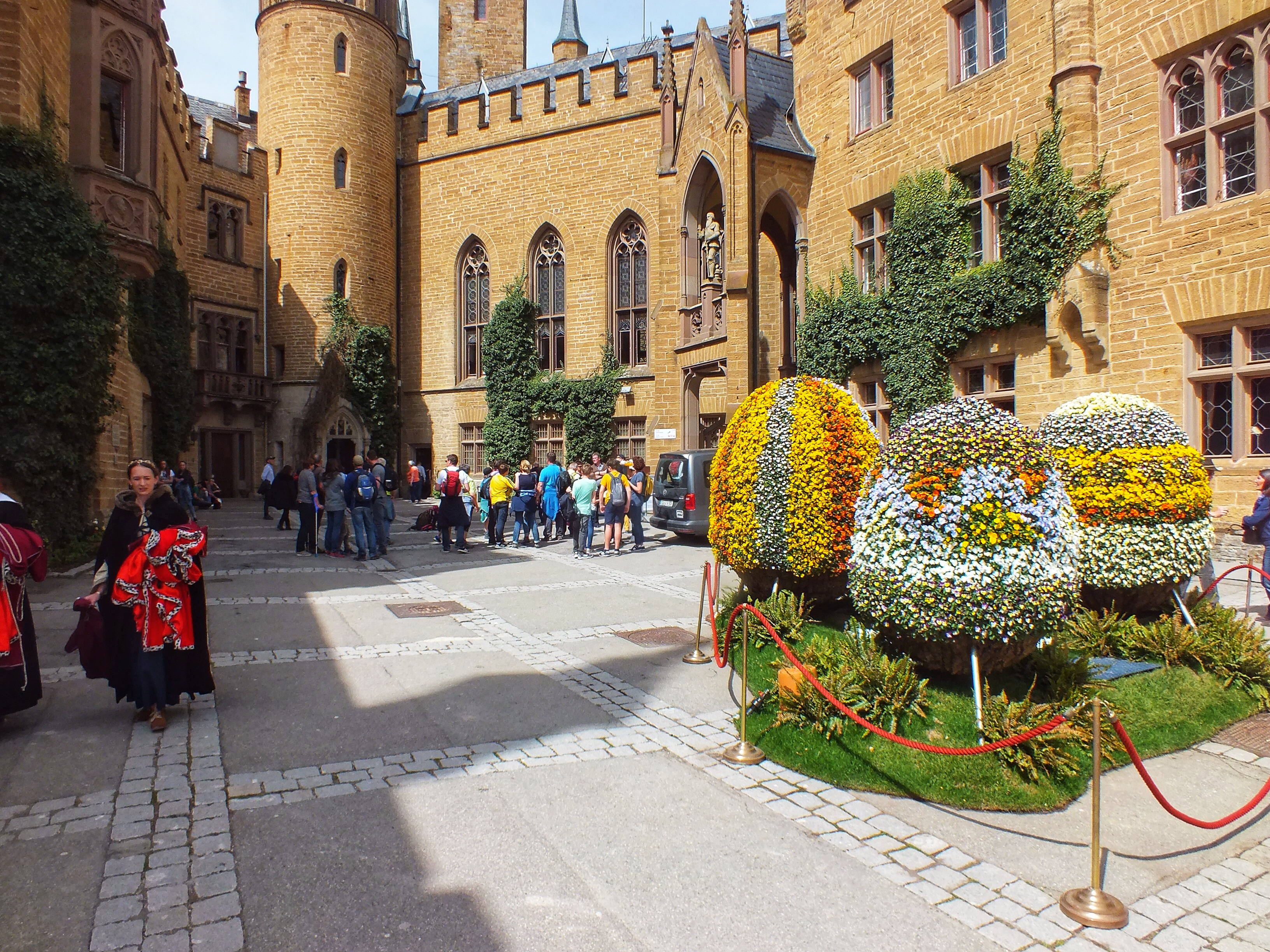 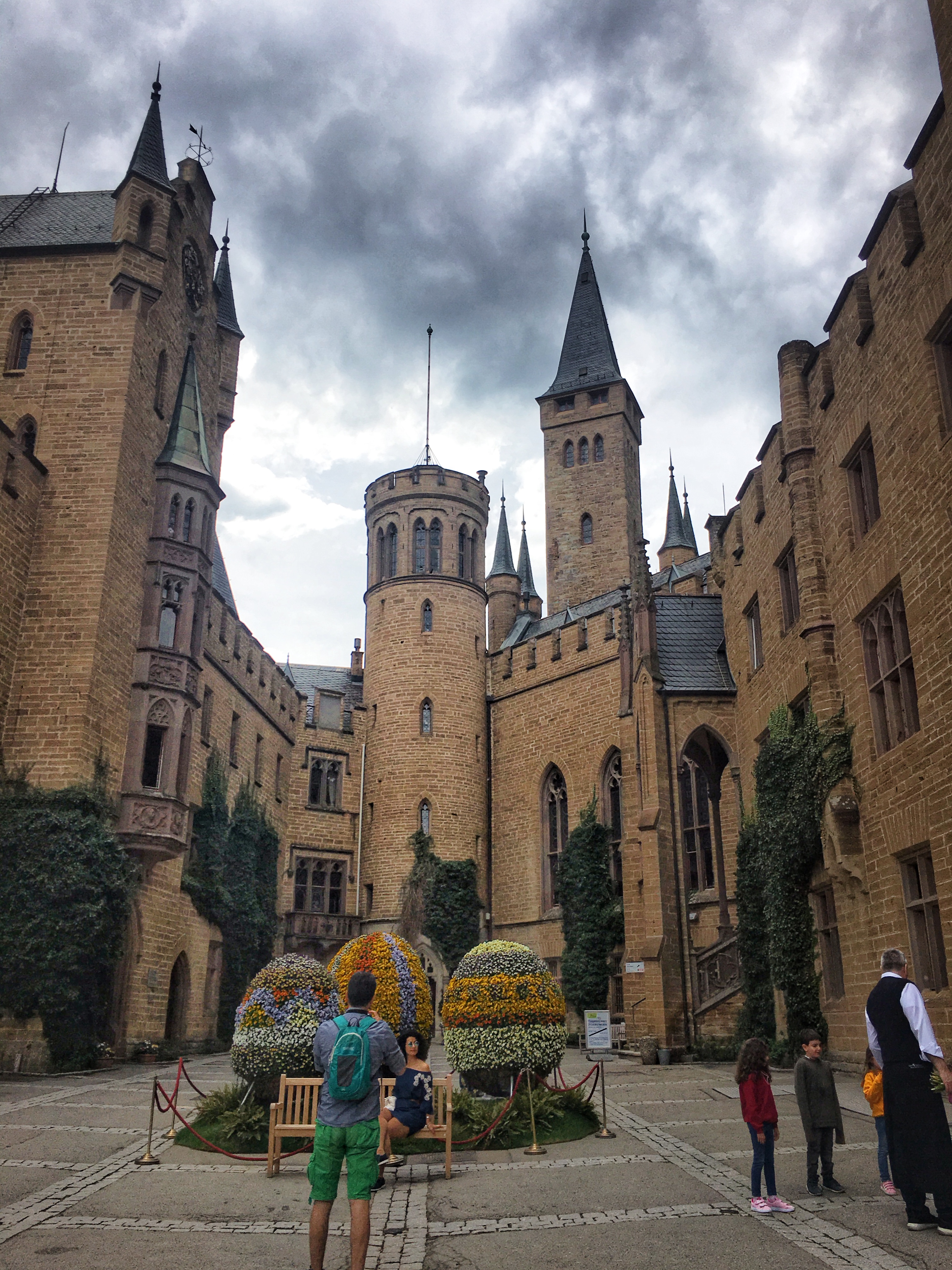 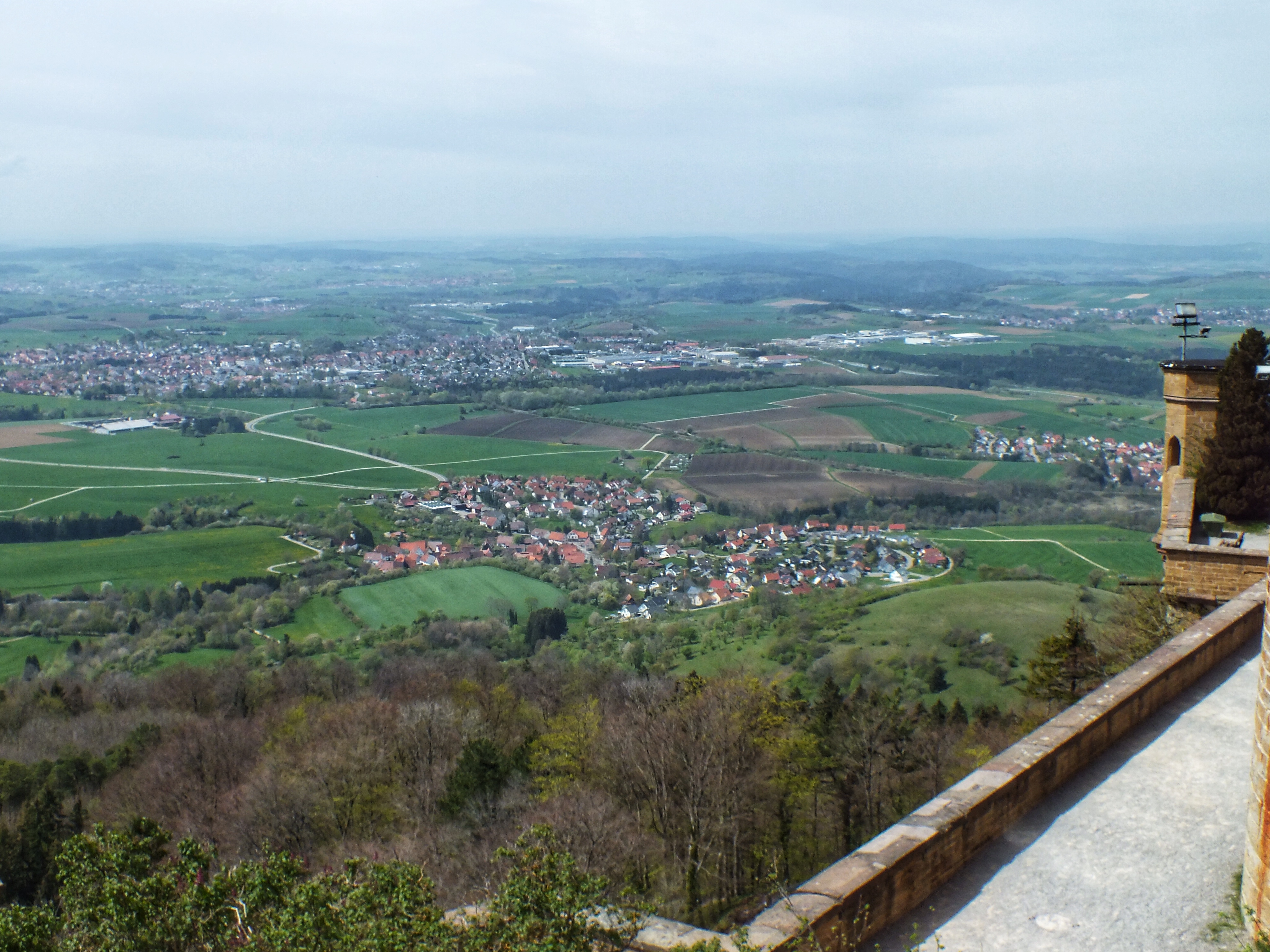 When we finished with the gift shop, we’d seen pretty much everything there was to see. The crabby bus driver took us back down to our car and we headed home.

This entry was posted in Historic Buildings, Me and My Family, Museums, Scenery. Bookmark the permalink.