We spent Wednesday in and around Munich, about two hours from Böblingen. Before we got on the Autobahn, we stopped at the local McDonald’s. I don’t know what language the guy behind the counter spoke, but it wasn’t English or German. The manager finally had to come out and take our order. I ordered a bacon, egg, and cheese McToast—a flat sandwich on pita-like bread. The ingredients were all fresh—no powered eggs here, and it was really good. 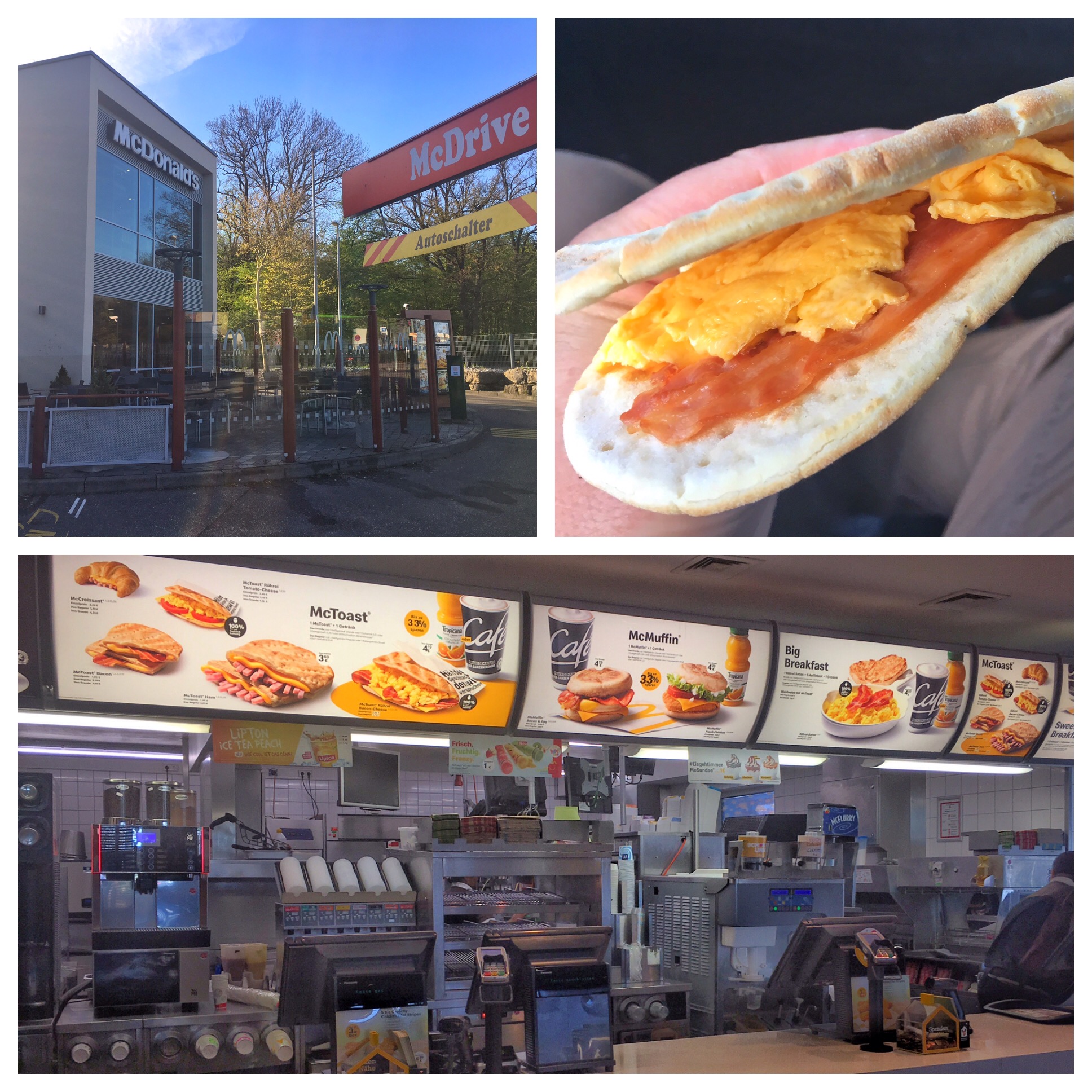 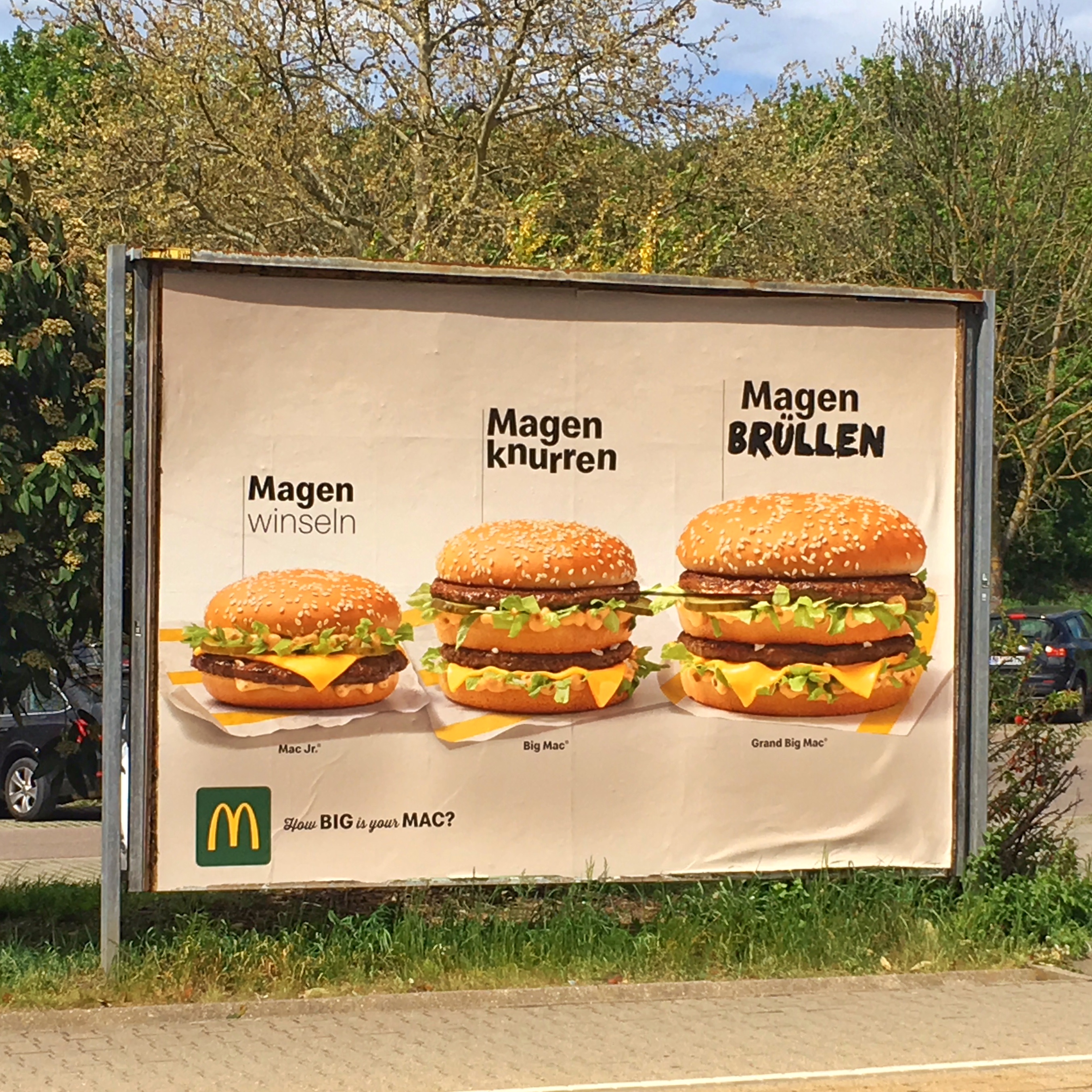 In the early afternoon, we drove into downtown Munich to the famous Hofbräuhaus. The street of Munich were chaotic, with narrow lanes, bicyclists who paid no (as in zero) attention to cars whether they traveling along the lanes or cutting across. The pedestrians weren’t much better. A big construction project near the restaurant complicated things even more, but we finally found a parking spot in a narrow alley about three blocks away from the restaurant. 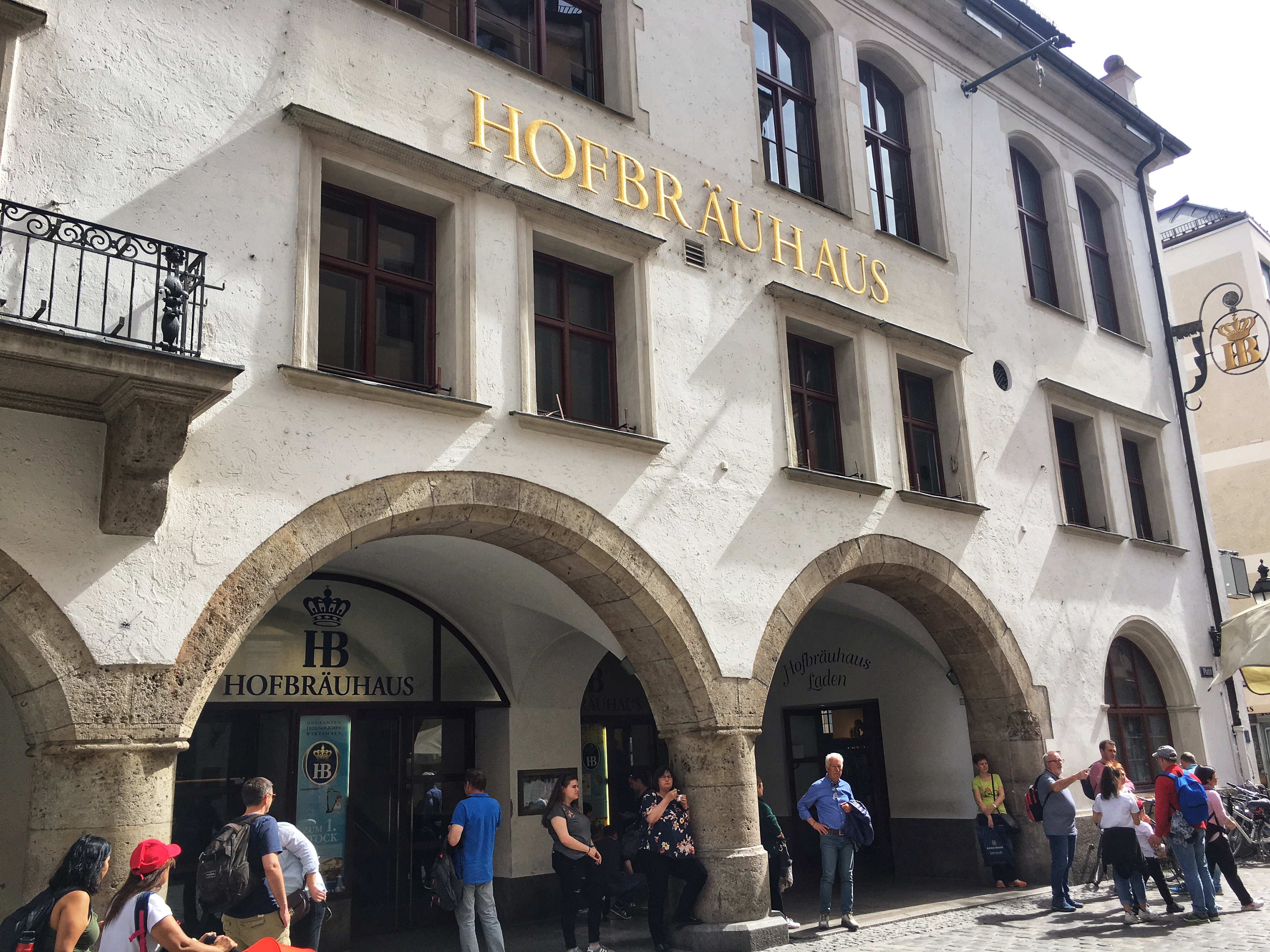 A four-piece band—two trumpets, a tuba, and an accordion—was playing on the first floor. (There are three floors and an outdoor garden.) We found a table tucked back in the clutter of the garden. And that’s where I saw the sole truly friendly German of the trip. He and his wife were sitting at the table next to ours. The guy saw how much we were struggling to make sense of the German menu, so he got the attention of the waiter and had him bring us English menus. 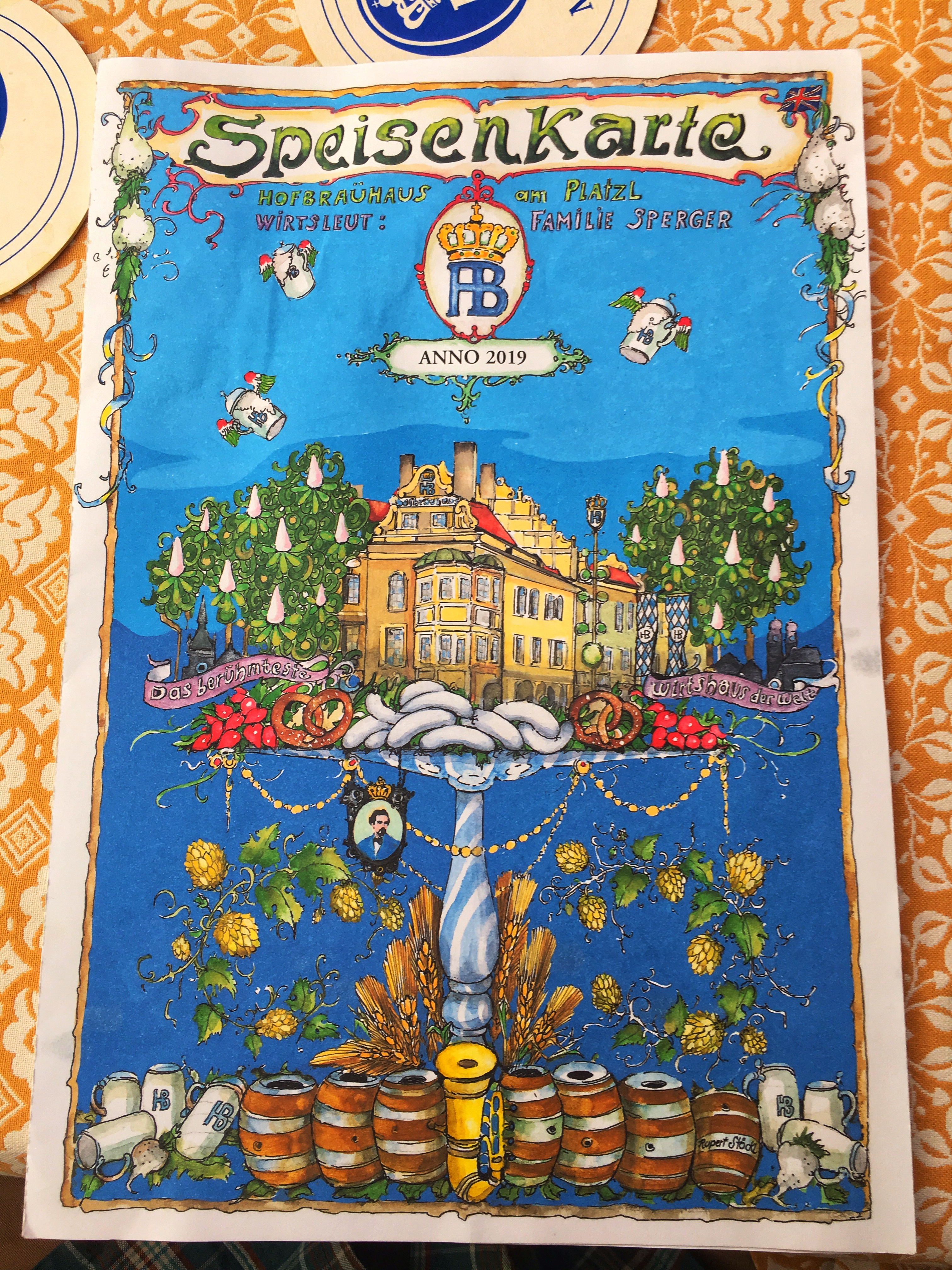 My wife ordered the pig’s knuckle. I ordered sausages. The sausages came in a pot of hot water. Like all the meat I’d had in Germany, the sausage meat was ground really finely, giving them a mushy texture I wasn’t crazy about. They came with a dark mustard that was surprisingly tasty and made the sausages edible. That yellow glob on my wife’s plate was some kind of potato thing that tasted bland and had the texture of jello. As with almost all the food I had in Germany, I wasn’t impressed. We also ordered a bread basket, and although our waiter never brought the butter we ordered, it was delicious. 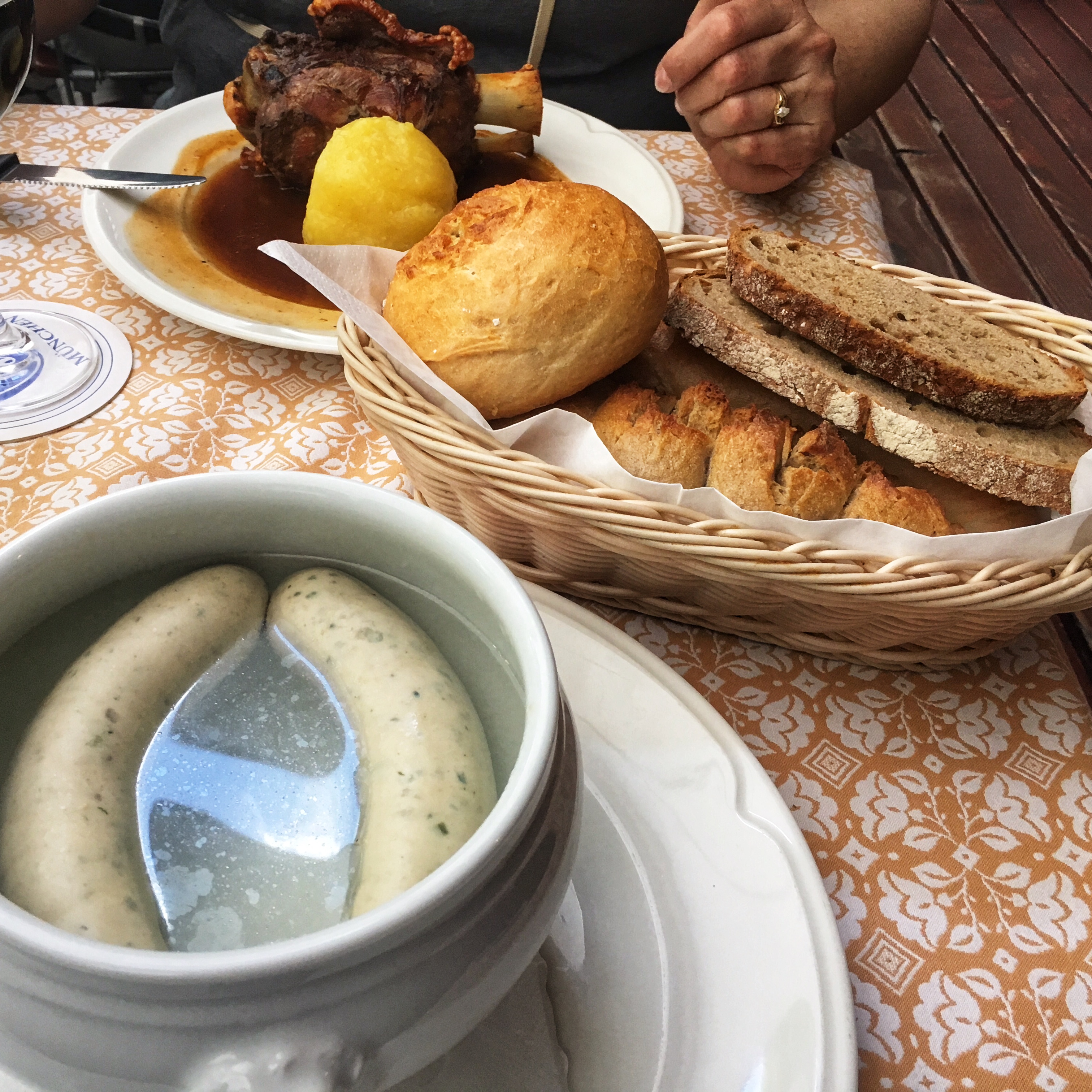 After we ate, we wandered down an alley filled with shops before returning to the car. We then fought our way back through the chaos of Munich and headed home. Traffic was terrible on the Autobahn. When we came to a complete halt, we looked for an alternate route. The GPS took us down increasingly narrow farm roads. One of them appeared to be someone’s driveway. We had only gone about half a mile down it when we met a long string of cars coming back in our direction, each of them motioning to us to turn around. We somehow managed to get back on the highway beyond the obstruction and made it back to the house without further drama.