picoides (from picus, a woodpecker, and eidos, appearance) borealis (northern)

This was the most aggressive I had yet been in pursuit of a lifer.  It had become evident to me that I was going to have to begin making special efforts if I wanted to see more birds.  I wrote to the refuge and asked how and where I could see a Red-cockaded Woodpecker.  I got back a very nice note from refuge personnel saying that they would be happy to show me the birds, and that I should call a day or two ahead of my visit to make arrangements.  When I called, I was told the woodpeckers were most easily found early in the morning.

I had some trouble finding the refuge headquarters, but finally discovered it in a house trailer just at 6:30. Ruth, the biologist I had talked to on the phone, met me at the trailer and told me to follow her in my car.  This wasn’t as easy as it sounded. She hopped into a pickup truck and took off.  When we left the main road and headed south on the dirt roads through the refuge, she didn’t even slow down.  We went at least 50 m.p.h. along the narrow tracks.

We stopped in a pine woods and walked about 40 yards to a tree with a white ring of paint around the trunk. 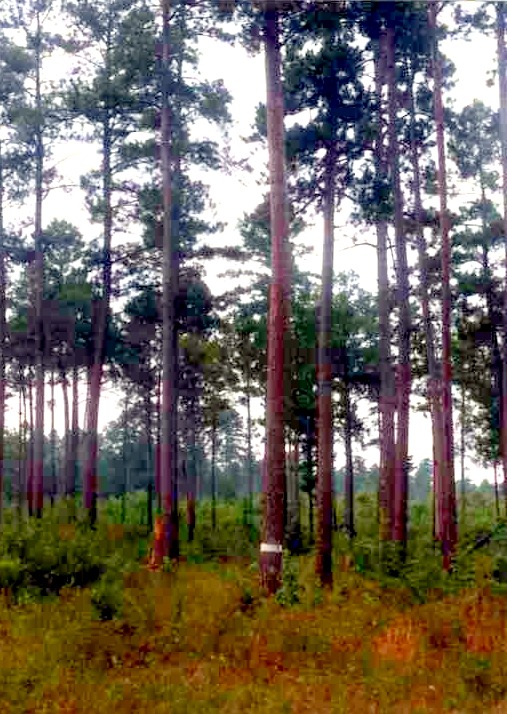 Ruth turned on a tape-recording of the woodpecker’s calls and immediately I heard responding calls from the woods.  Three Red-cockaded Woodpeckers flew right toward us and landed in the pines 30 feet over our heads.  They hammered on hollow branches and one of them knocked off a piece of wood that landed at my feet.  I picked it up and kept it. 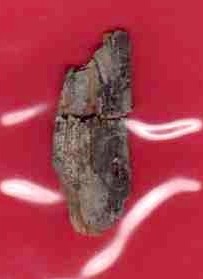 Ruth said the knocking was a threat display to get us to leave the area.  It didn’t work.  In fact, there were soon more of us.  Bob, another biologist, stopped and wandered over.  The three of us watched the birds as they moved through the pines toward the hardwoods along the river where, I was told, they would forage all day.

Both biologists were very friendly, telling me all about the refuge and where I could see various birds.  They pointed out the calls of a Brown-Headed Nuthatch that was foraging in the same pine grove.  I acted calm and didn’t tell them this was another lifer for me.  I thanked them for their help, and when they left, I went looking for the nuthatches. 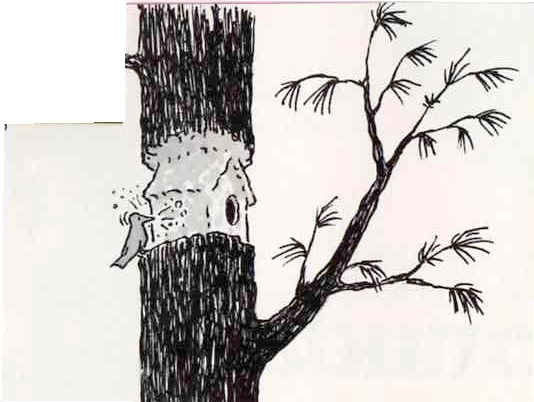