After I left the Reddish Egret, I continued driving along the dirt roads on the levies around the impoundments. In places, the banks were worn away. I began to imagine how fun it would be if I had to back up for three miles on a narrow road with water on both sides. The sand road circled around and ran along the shore of the Indian River, with the wide expanse of water on one side and a very large marsh on the other. I wasn’t seeing as much as I expected to, but there was a steady parade of egrets and herons and masses of Boat-tailed Grackles.

I noticed a small brown bird flush from the roadway and disappear into the brush on the marsh side of the levy. I thought “sparrow” but a few moments later it occurred to me that it might have been a ground-dove. I began watching closely. Shortly thereafter, two more flashed up. They flew about ten yards along the road, then cut into the narrow row of bushes. As they banked, I saw rufous/red flashes in the wings and white spots in the corner of the tail. I had my lifer, but I wanted a much better look. This wasn’t easy. They were very skittish. A few more flushed while I was on the levy or driving along other refuge roads, but they always took off before I could get close enough for a satisfying look. 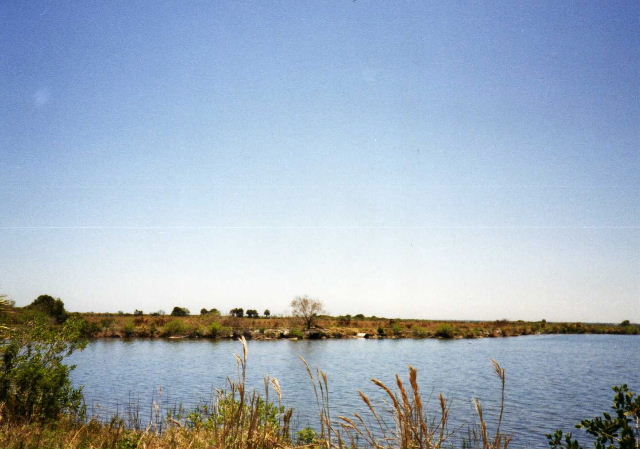 Finally, in the nearby Canaveral Seashore, I got my fill. I was driving behind the dunes on Playalinda Beach, about 100 yards in from the Atlantic Ocean. A side road led to a picnic area and a boat landing on Mosquito Lagoon. As I coasted through the parking lot, I saw a dove flush and head over to a patch of short grass.  I pulled around very slowly and managed to get within 15 feet. I stopped my car.  There was a pair of doves walking and feeding in the grass. They were basically gray, with a scaled look on the breast and neck and black spots on the sides. The male had pinkish tones beneath. Their short bills were orange with black tips. The legs were pink. They were very small, about the size of a Fox Sparrow, but looked and acted like typical doves.