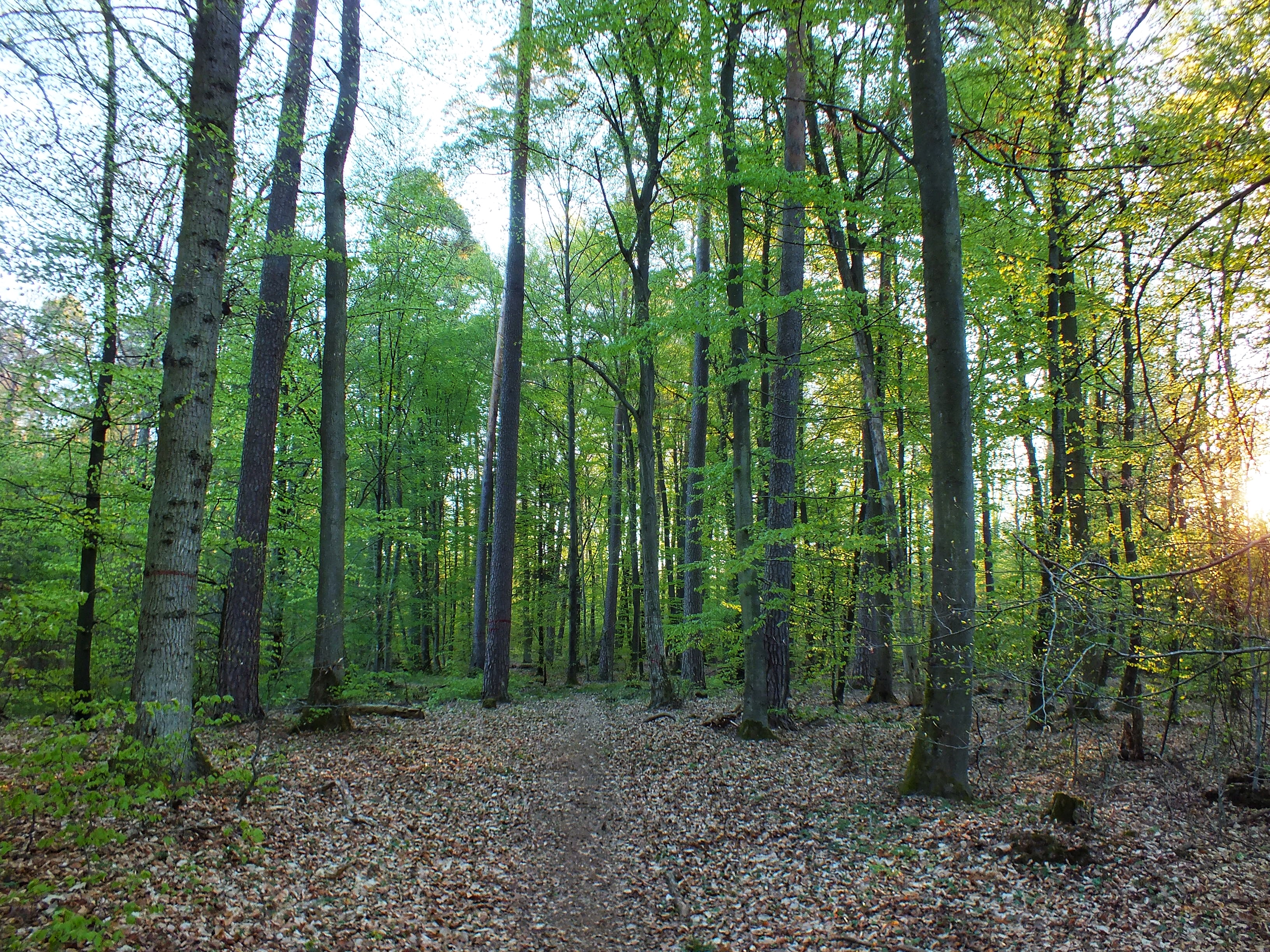 On Wednesday evening, I developed a sore throat. I thought it might be an allergic reaction to the 100% pollen counts in the area. When I woke up on Thursday morning, I was in considerable pain. I debated whether I wanted to spend the morning birding as I’d planned. But then I remembered that this could very possible be my last ever chance to bird in Europe. I forced myself to get up and was out in the woods shortly after dawn.

At first, I didn’t see many birds. I could hear many, but I simply wasn’t finding them. I wandered quite a ways, beyond my furthest point when I explored the woods four days earlier. I saw and heard a small bird in the thick woods along the path and spent several minutes trying to identify it. I never did figure out what it was. But while I was making the attempt, another bird suddenly landed on a branch not far in front of me. It looked around, flew to another branch, looked around some more, then flew off into the woods. It was only in view for perhaps a minute, but that was long enough for me to identify it as a Bullfinch and get a few mediocre photos. 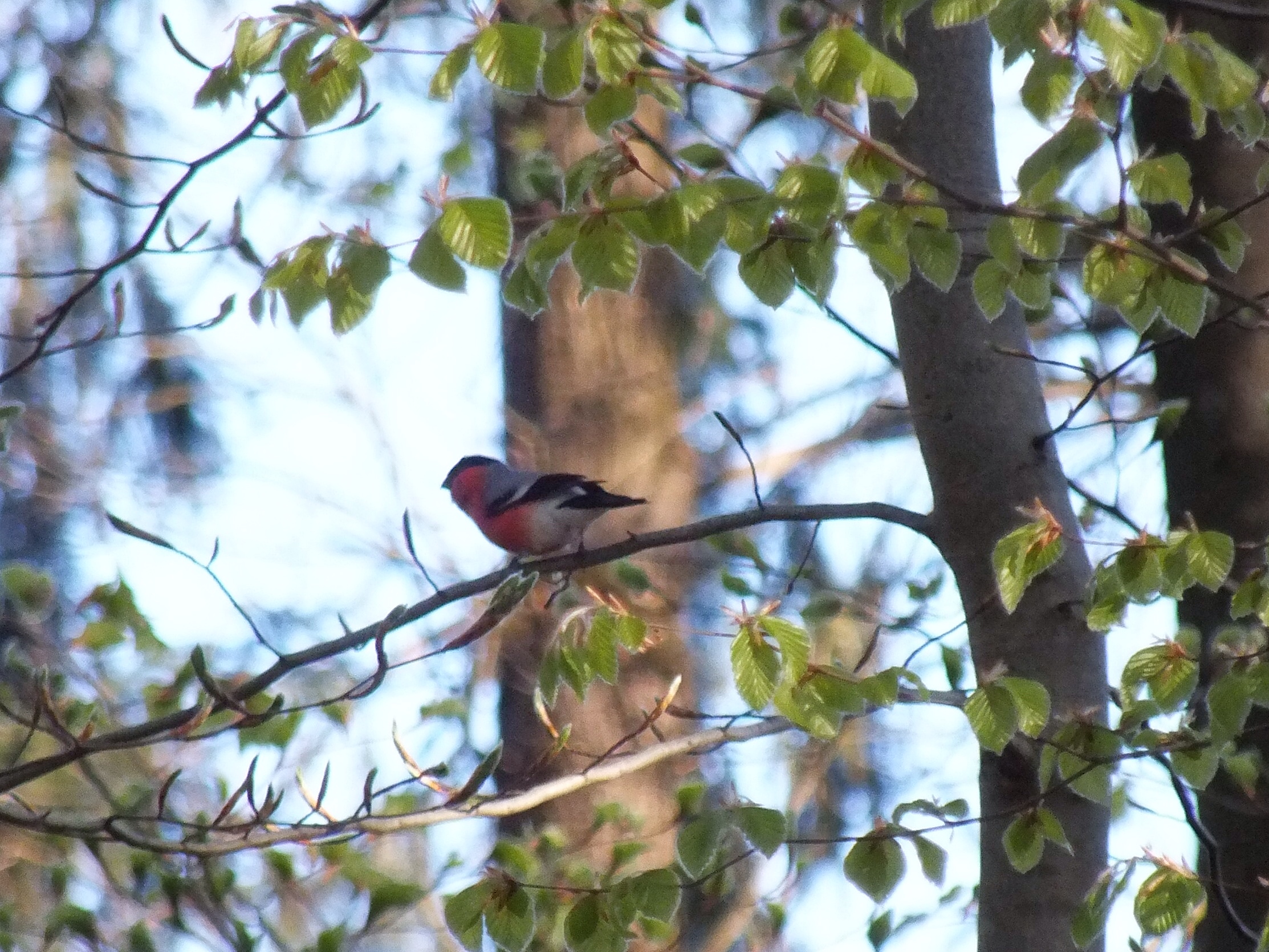 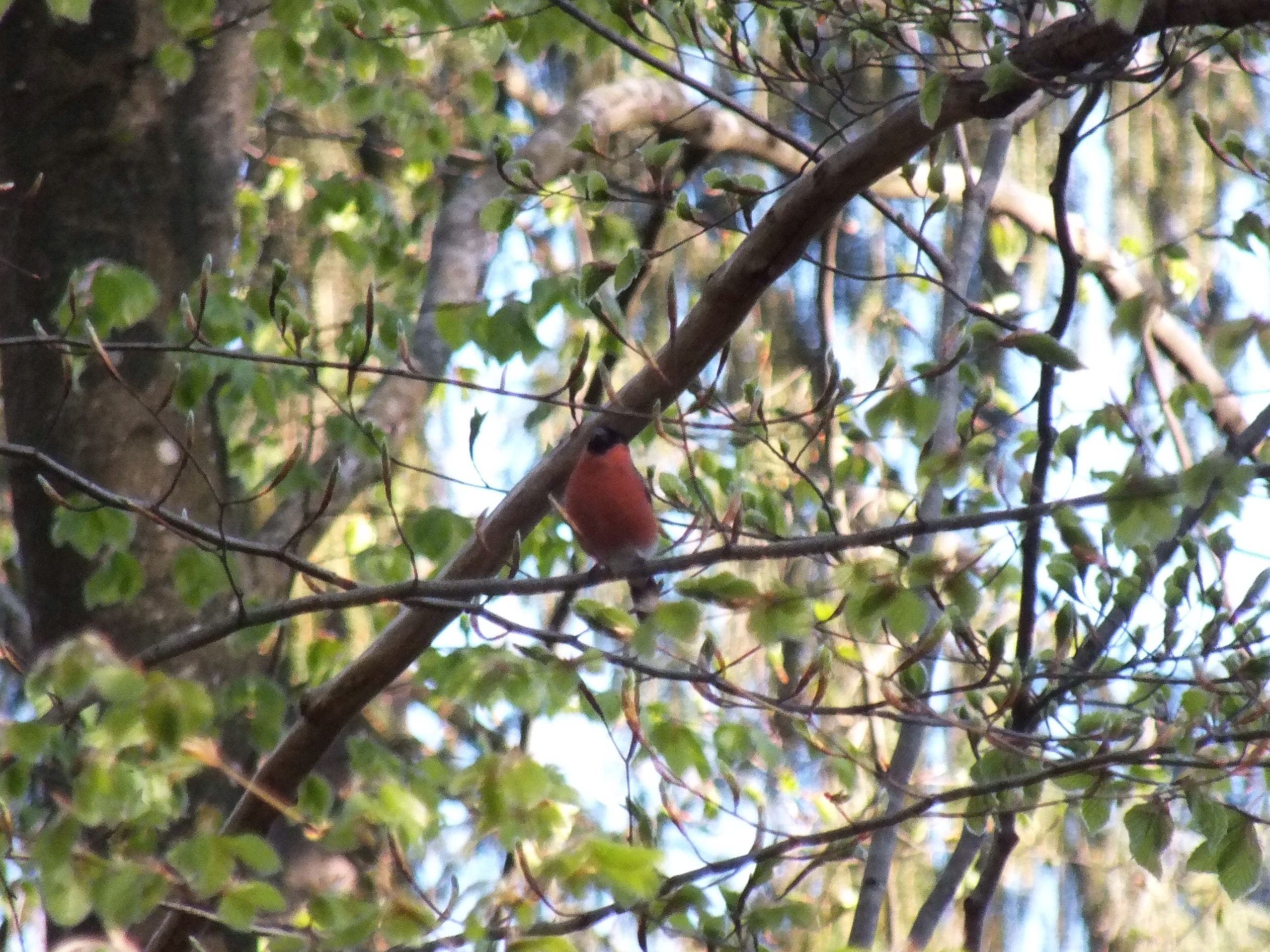 The Bullfinch is notable for its bright pink breast, short stubby bill, and lack of any neck to speak of.