One of the weirdest things about birding in Germany is how similar it felt to birding in the Midwest. The woods felt and looked very much like woods I’ve birded in many times. And the birds were often very like birds I know well.

Take this Treecreeper for instance. If I saw it in the United States, I would identify it as a Brown Creeper without hesitation. There are actually two very similar creepers in Europe. I’ve identified this one as a Eurasion Treecreeper and not a Short-toed Treecreeper because of its prominent white line above the eye and the details of the pattern of the beige markings on its wing. It was an active bird, rarely staying still for more than a second. It circled the trunk of the pine it was on and even crept out onto the branches.

The only thing that differentiated it from the Brown Creeper is that when it flew to another tree, it didn’t head to the bottom and spiral back up but would instead often land at the same level in the new tree. As I watched, it flew from this tree to another non-pine across the path, then back to this pine, then into the branches of another non-pine maybe 40 yards away. I later saw a second one near a flock of tits. 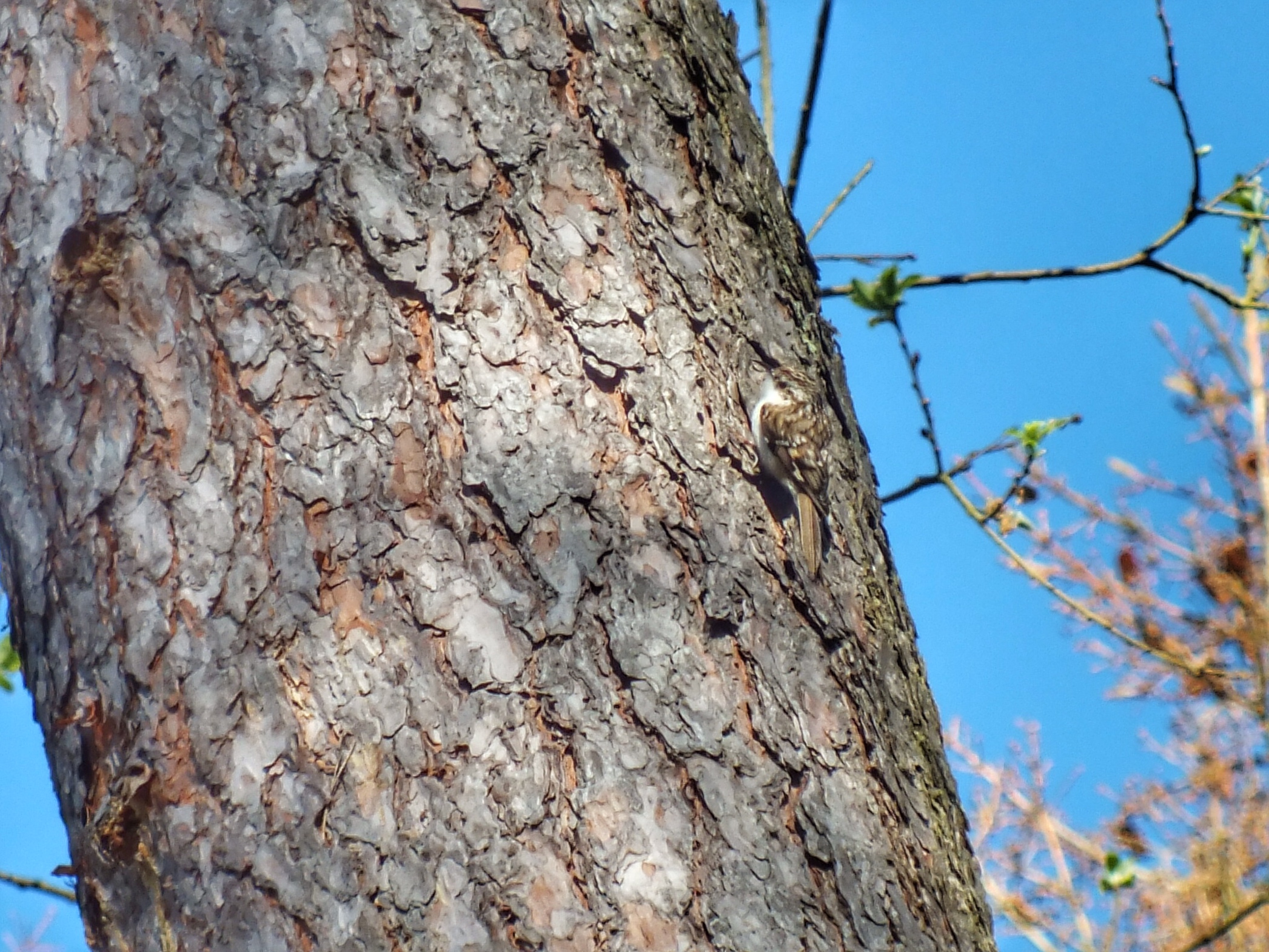 The photo above has been cropped a great deal from the original. Here is the original, to give you an idea of how well camouflaged Creepers are. 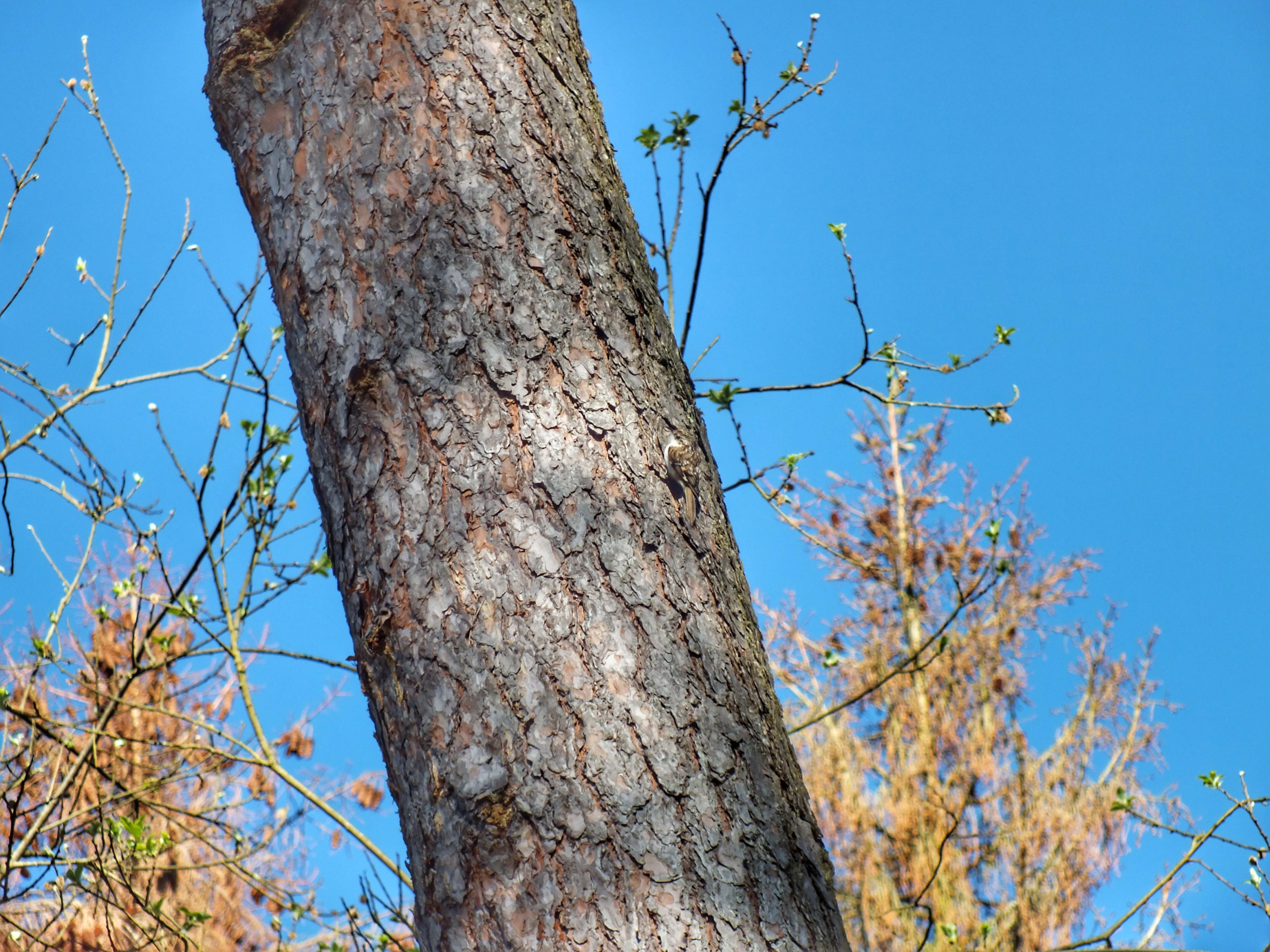