A friend and I hiked up to the upper Palmer Lake Reservoir, then made the loop up over the ridge to the northern end of the Ice Cave Creek Trail. We hiked that trail back toward the reservoirs. We were near the south end where it winds down to the reservoir trail when I saw a small bird fly across the path and dive into a small spruce down the slope. From its direct flight and the way it headed for the center of the tree, I thought it was a woodpecker. I walked to the place where I could best see into the spruce and scanned with my binoculars.

Not a woodpecker. The owl was perched on a horizontal branch about five inches from the trunk, facing me. It was just above my eye-level about 45 feet away. My friend came up and I pointed out the owl. For the next 20 minutes we watched it and tried to get photos and videos. Neither of us had cameras, so all that follows was taken by holding our phones up to our binoculars. 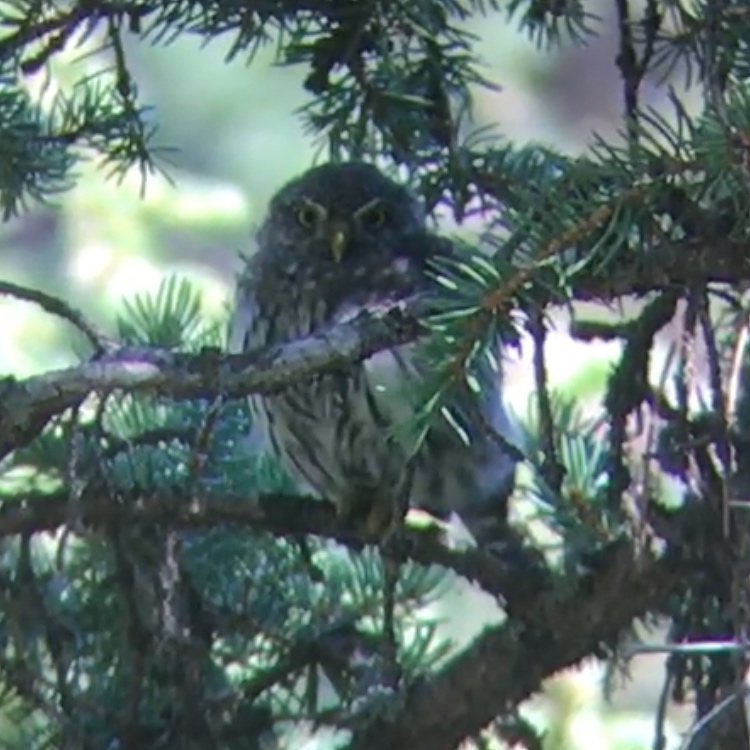 The owl didn’t do much. When it wasn’t staring back at us, it was swiveling its head from side to side. We saw it throw up a pellet at one point. For a minute or so, it fluffed up its feathers and then preened under a wing. 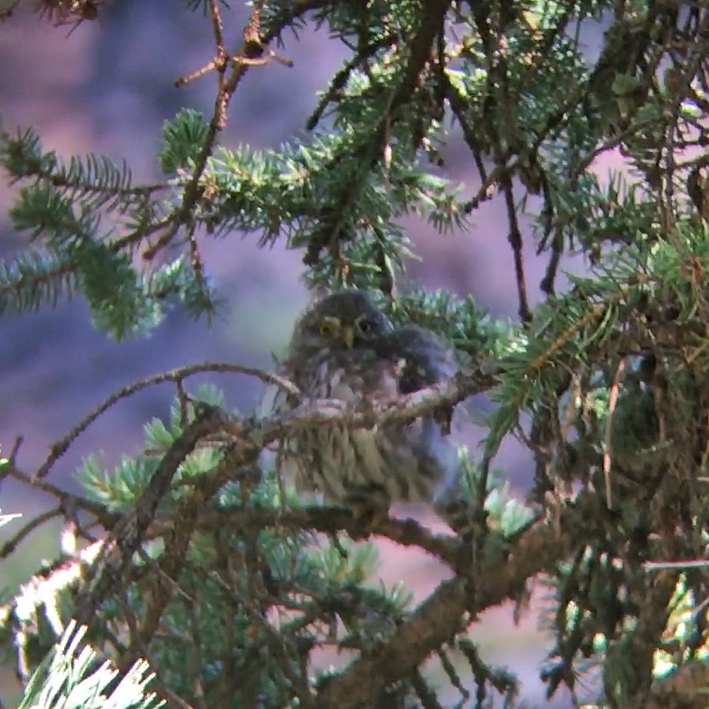 It was tiny, about the size of a bluebird. It was brown and white, with white spots on its brown chest and brown streaks on its white belly. It’s eyes were yellow. It had prominent white eyebrows which gave it an angry look. We could see a couple of yellow toes, which were huge for a bird that size. Its long, thin tail was dark with thin white stripes. 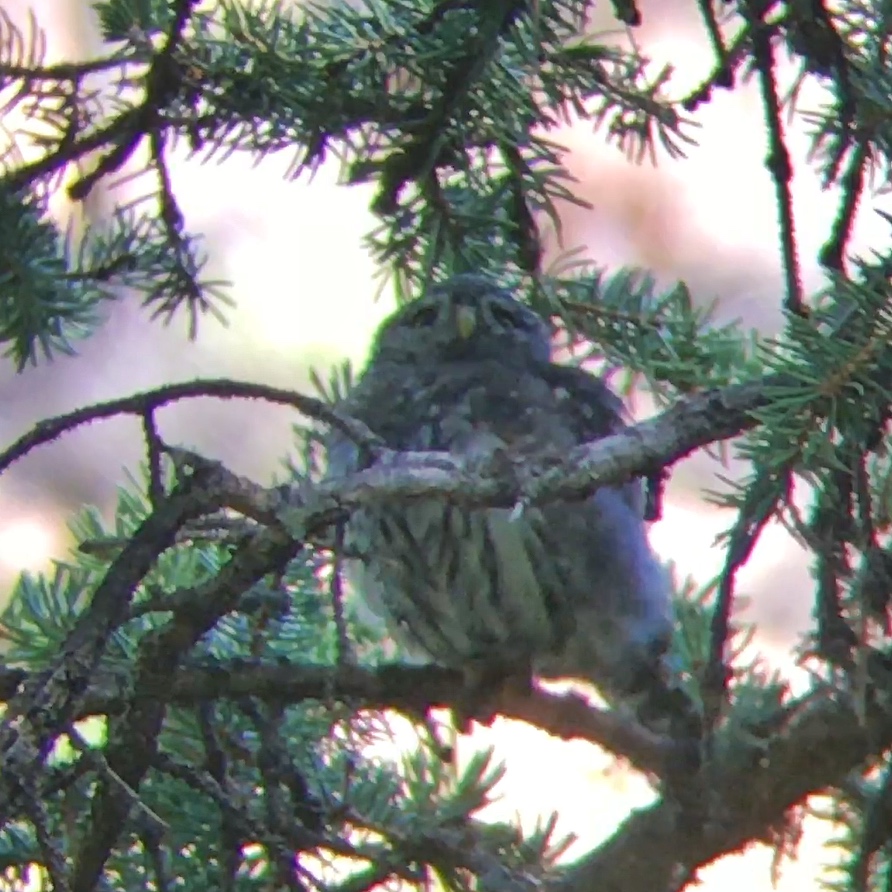 Northern Pygmy-Owls are often active in the daytime, but they sit on interior branches in evergreens and so are not easy to see. I knew they were around—I hoped I would luck on one sometime. When I first realized what it was, I got a little giddy. I climbed a couple feet up-slope to get this photo without the view-blocking branch. 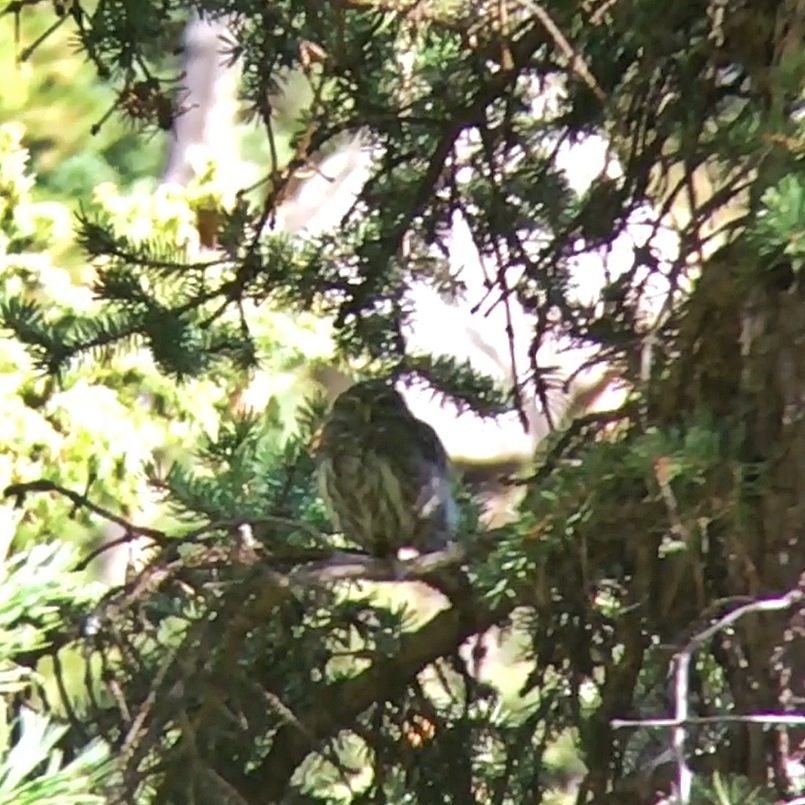